Visiting Amy and the girls in Phoenix Arizona

We are visiting Phoenix Arizona and lucky for us we've got even more friends who live here! Today we get to meet up with Amy and her three girls and at the local bowling alley! 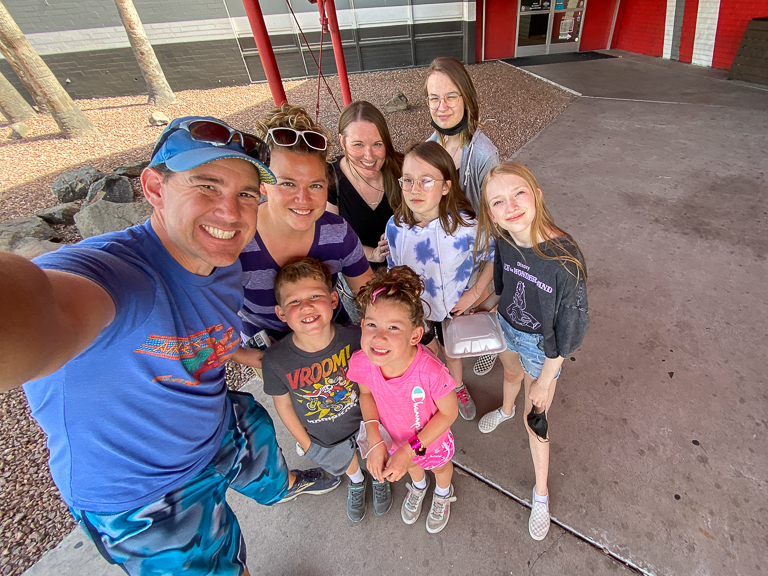 Theresa is setting everyone up for their 2 hours of bowling. 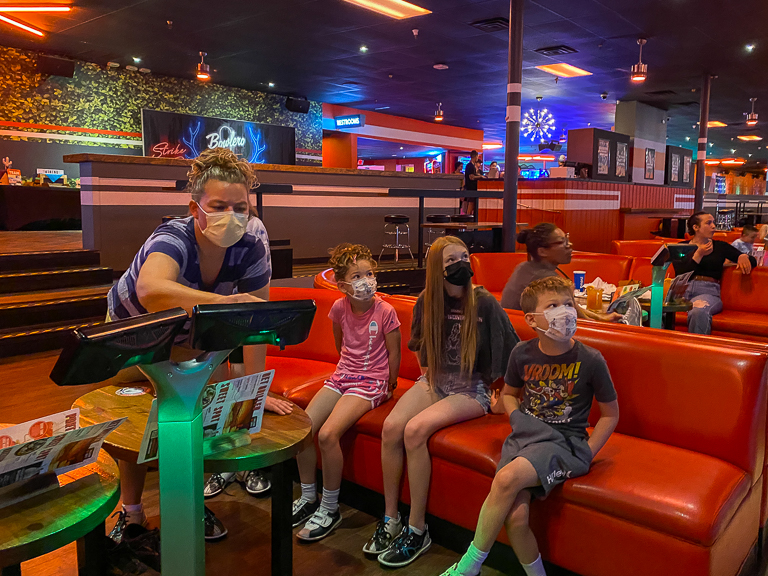 Don't you love the fancy shoes! 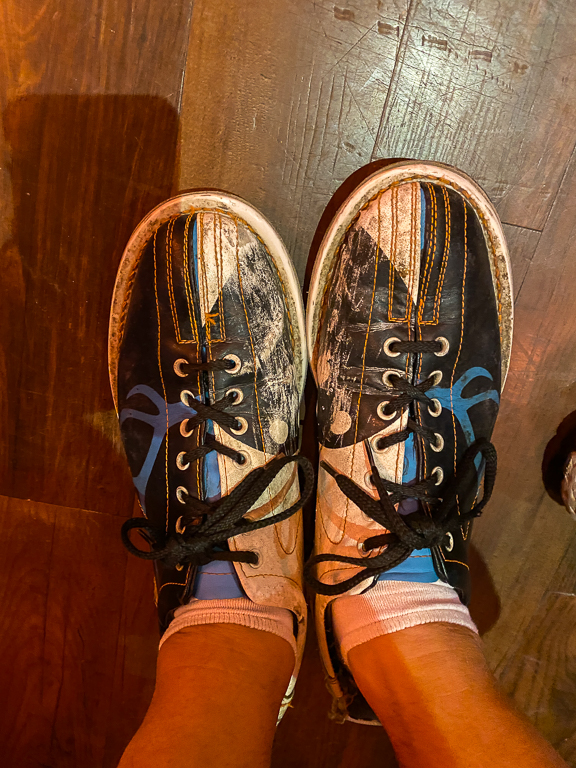 Luckily no one is a professional, so the balls could roll just about anywhere. 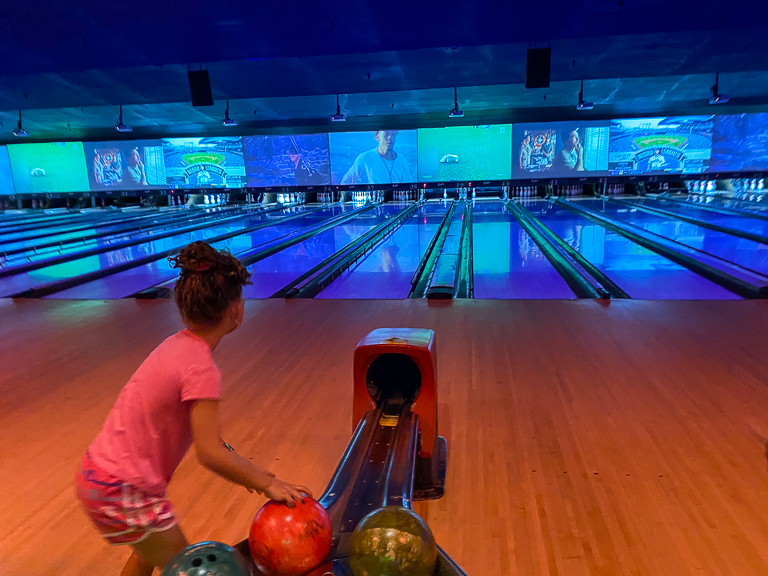 And it's always exciting when someone connects and makes a strike or a spare. 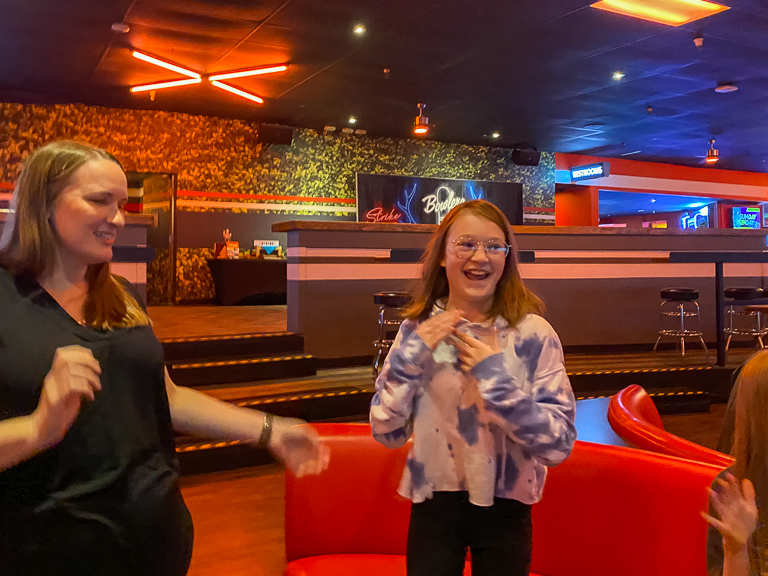 High fives all around. 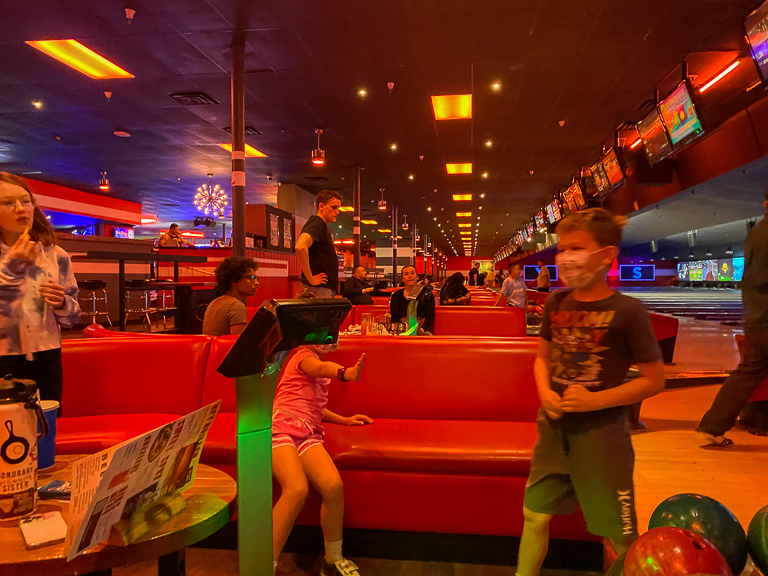 It was a good chance to catch up after years apart, just chatting on Facebook. At least catching up in 60 second increments between people's turns bowling. 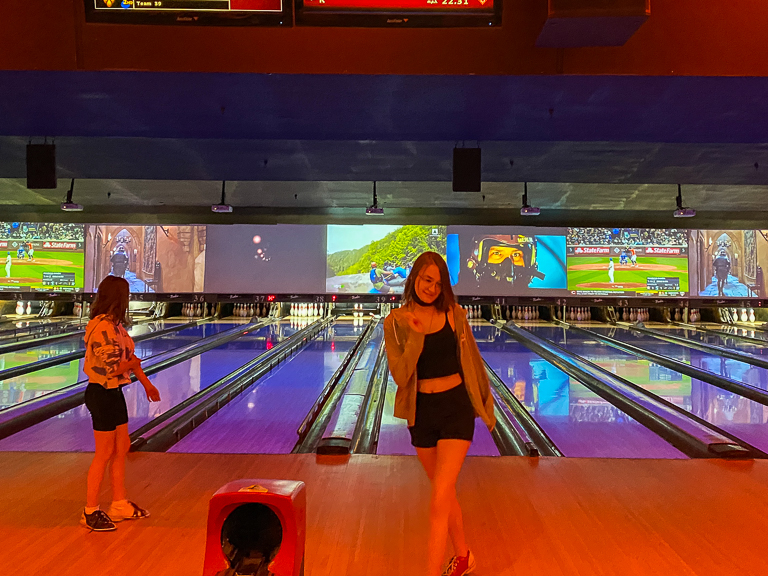 I had one of my best games ever, bowling a 141. I focused on accuracy instead of speed (and lots of pin action).
I did end up paying a couple $5 rewards people who were able to convert a split. That's always fun to see, and deserves to be celebrated and rewarded. 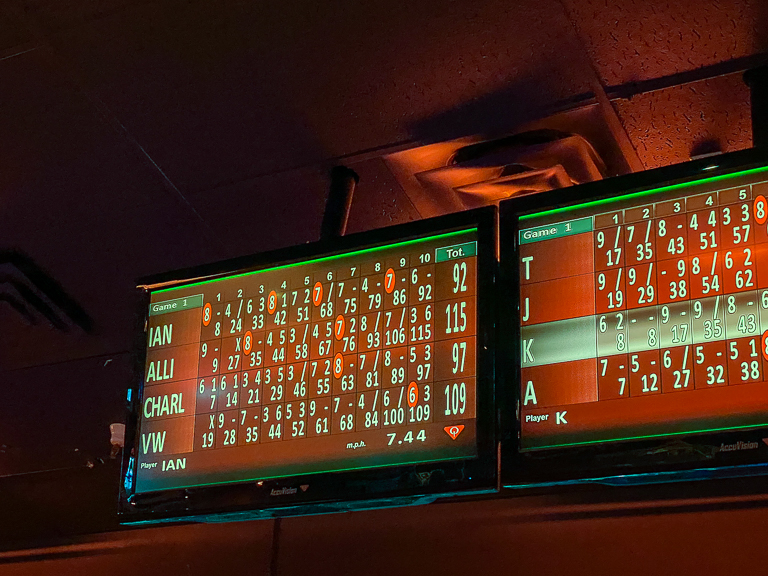 The kids have arcade cards from this Bowlero from earlier in the week and were excited to share them to play games with everyone. That Mario Kart racer is still giving the same problems during the middle of the race. 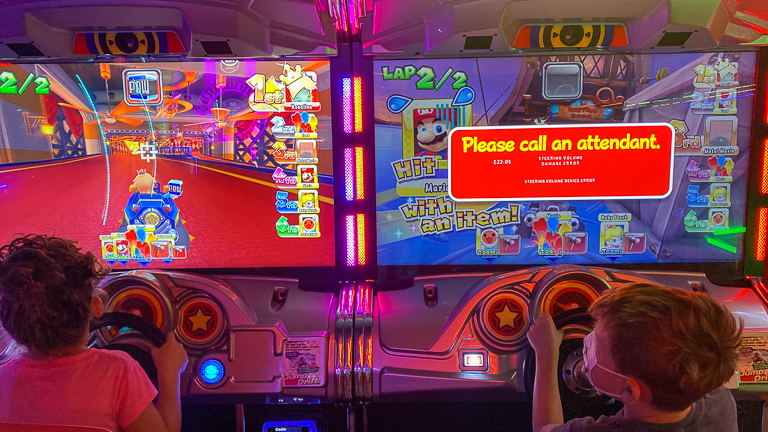 Right beside it though is a motorcycle racing game. Alli thinks it's a little loud though. 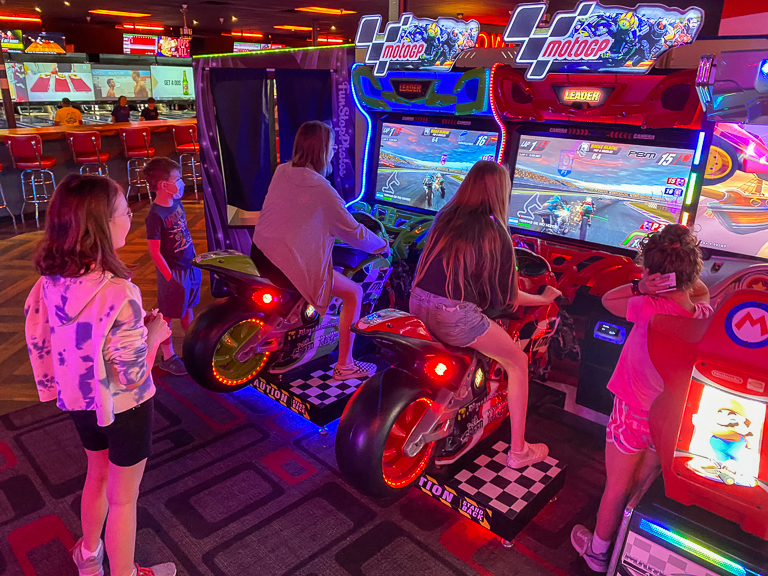 Fun, but it's no Mario Kart. 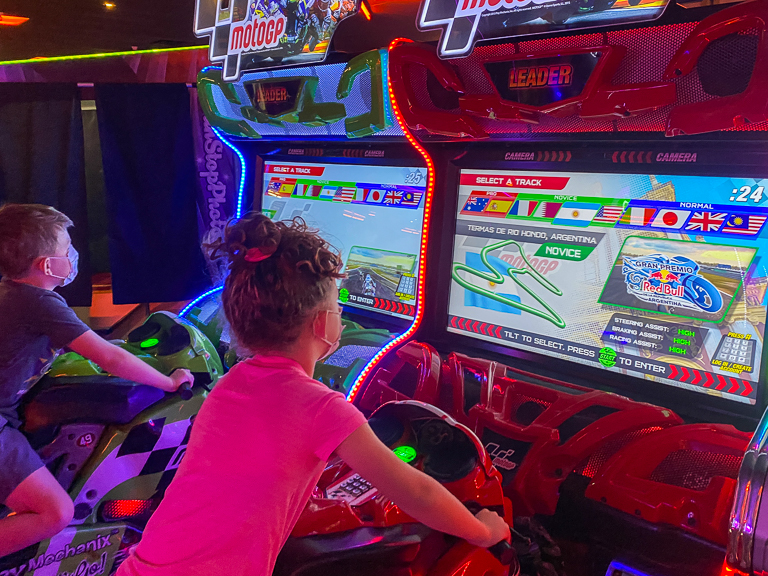 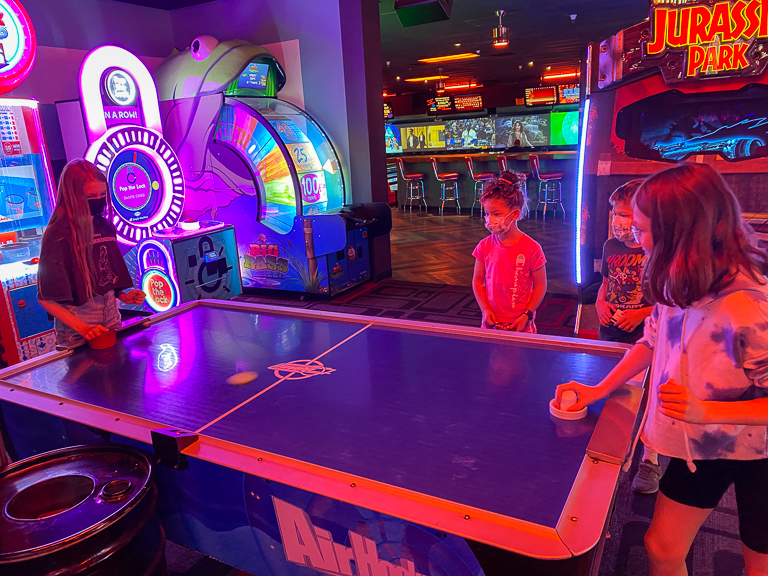 And if you get a really aggressive opponent, they'll score on themselves just as often as they might against you. 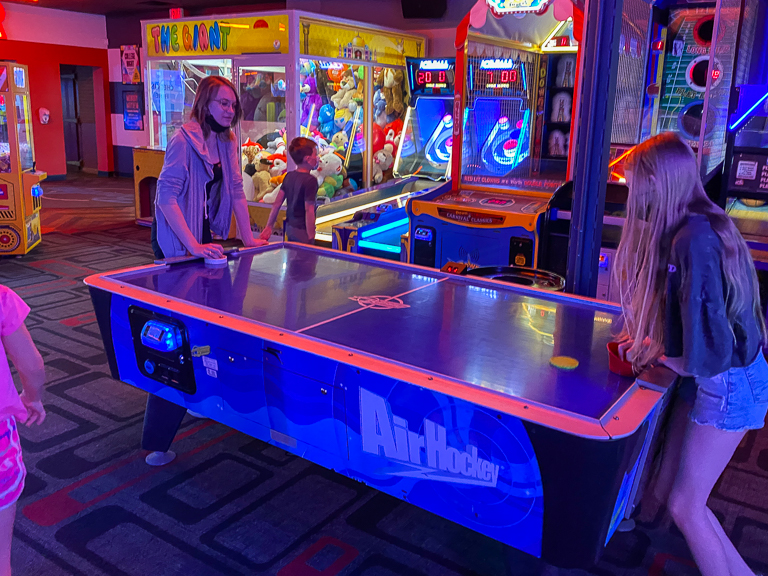 The kids battled dinos in a Jurassic Park shooting game. 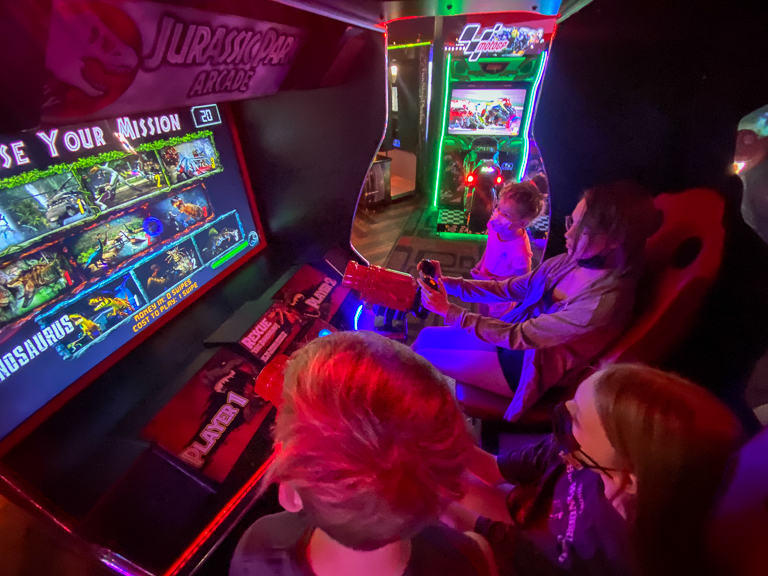 And ghosts as part of a fun Ghostbusters game. 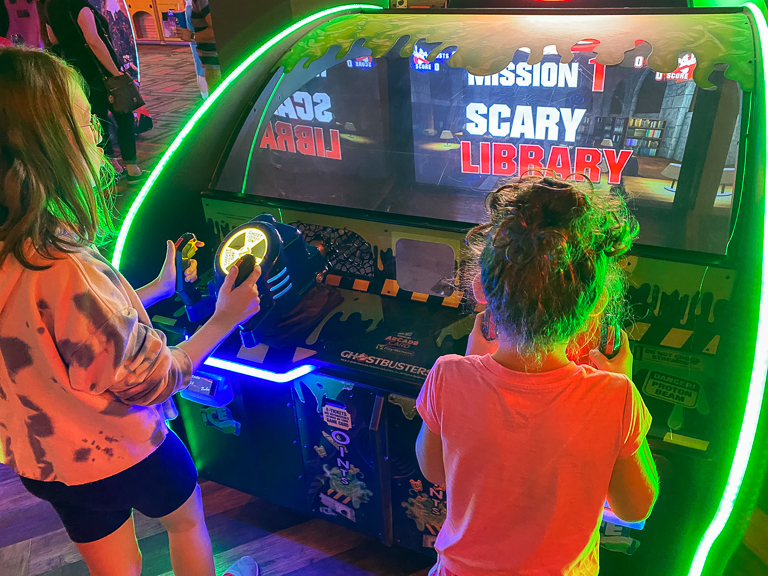 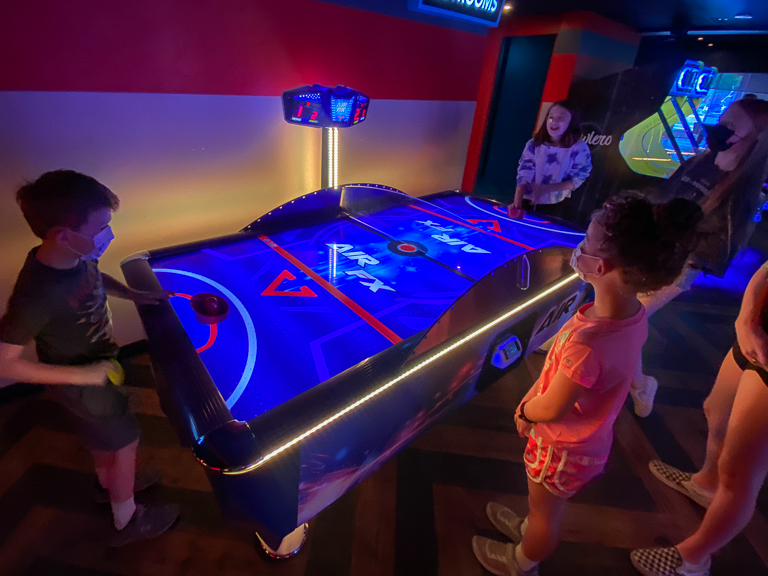 Their transport, affectionately named The Axiom (from Wall-E), and The Beast. 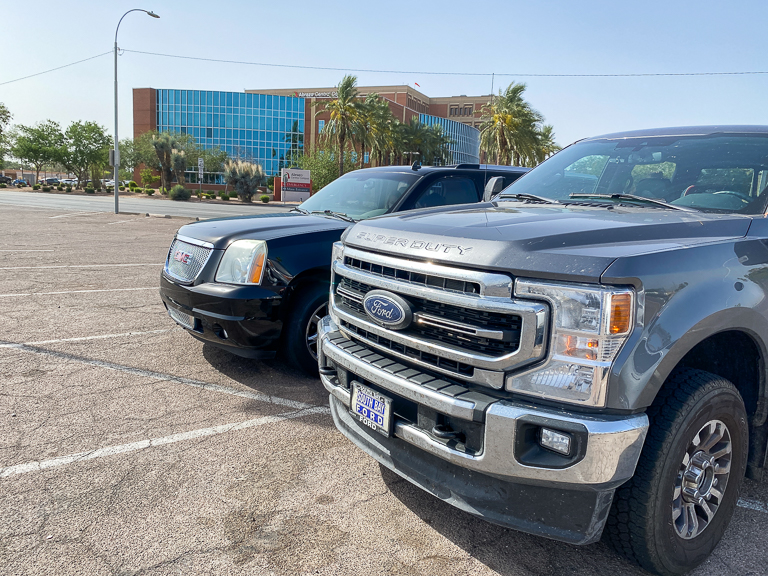 Amy invited us back to the house to see a new addition to the family. 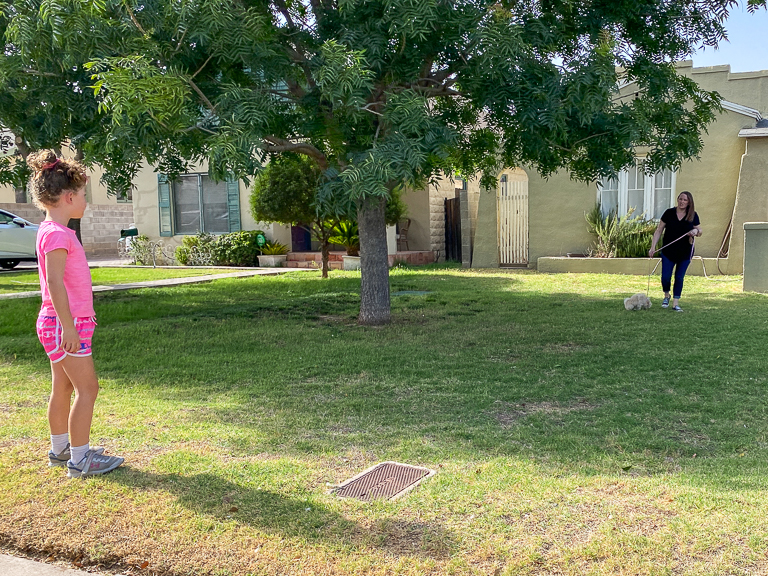 Charlotte has an adorable new puppy! 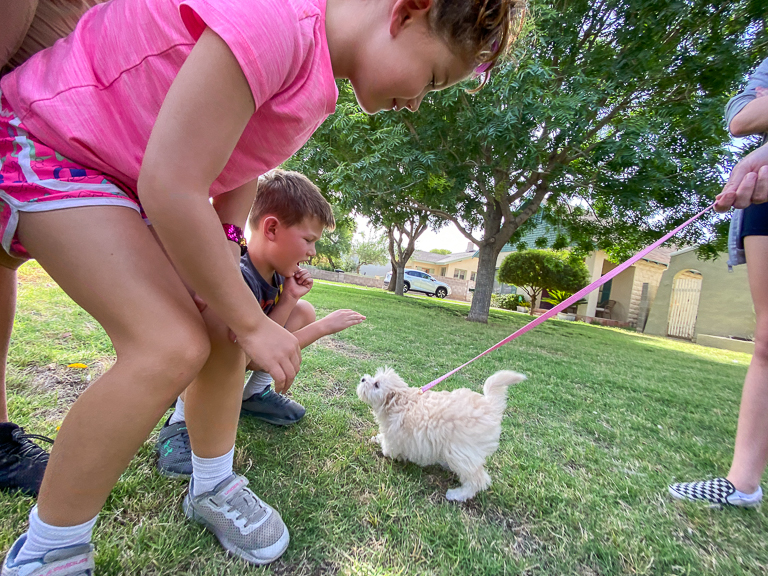 Oh my goodness! She's such a little fluffball! 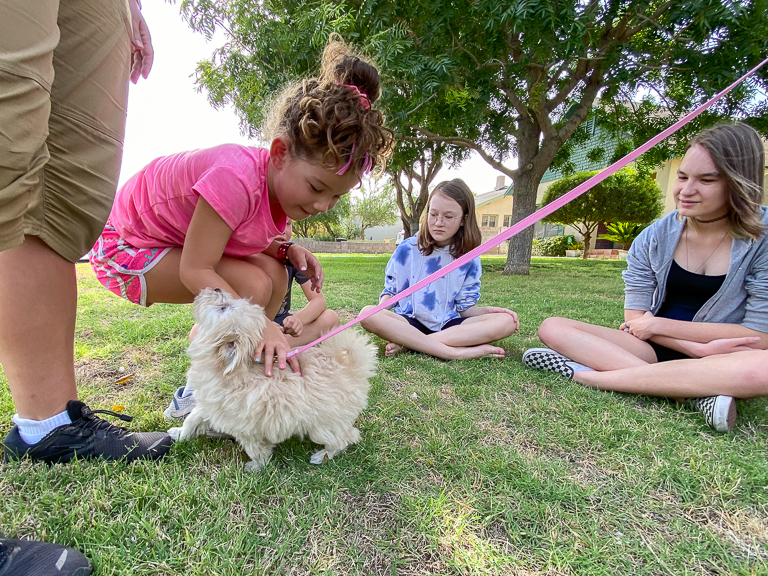 But can be surprisingly quick! 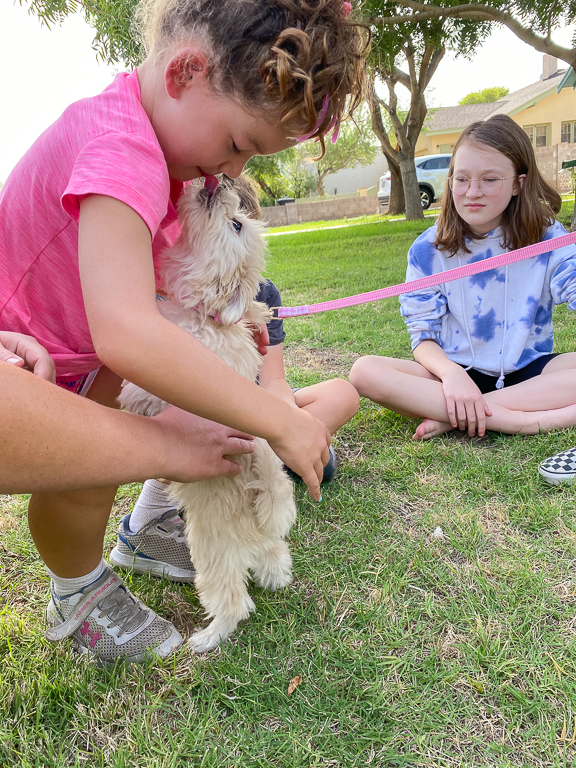 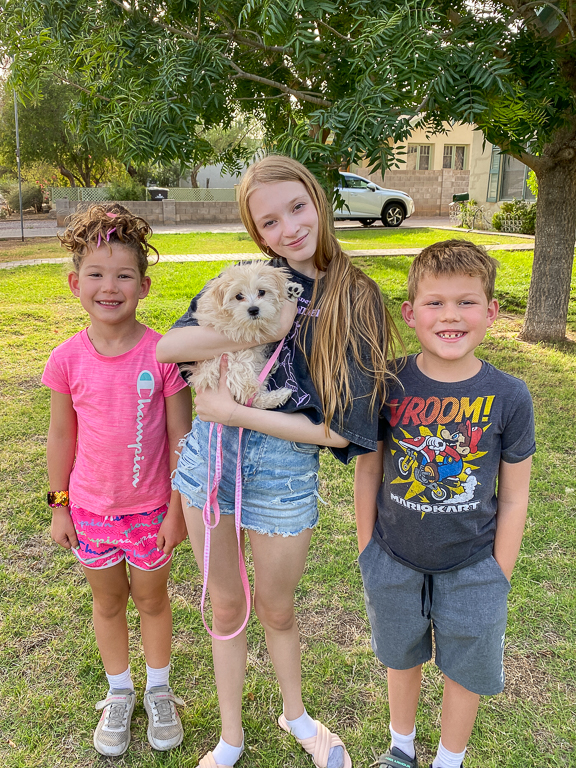 A new version of Uno! Uno Flip! The kids love all kinds of board games. Thanks for introducing us to this one. 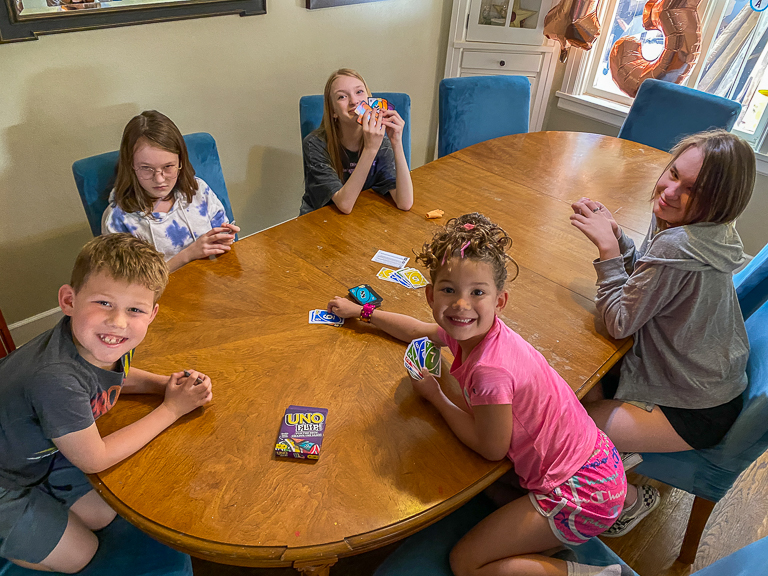 It was good to see you all today. 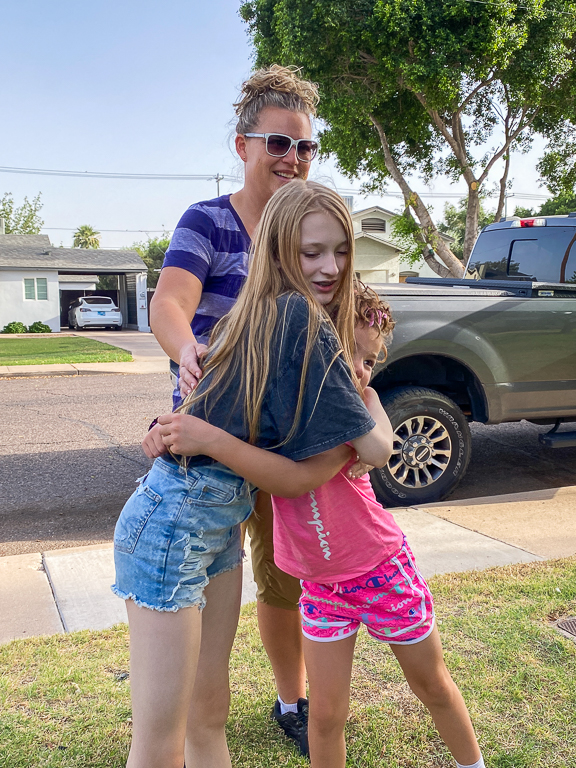 It's always fun to get to see old friends. 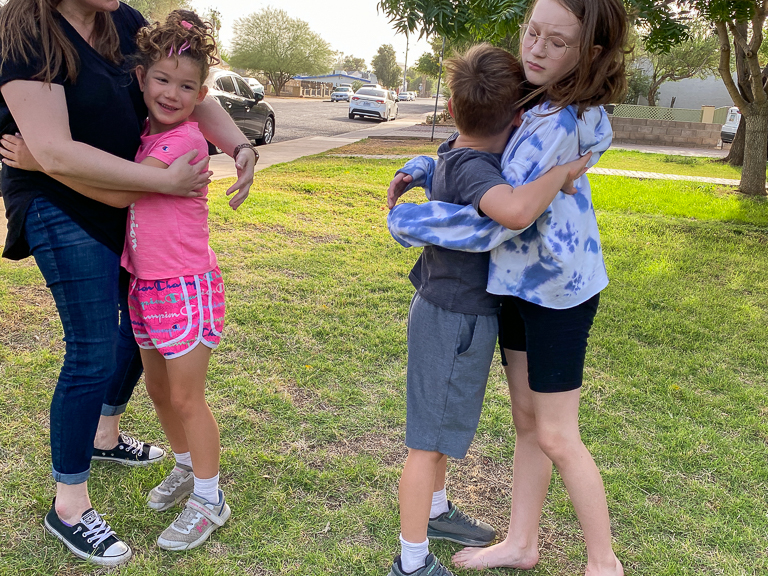 Thanks for taking the time to hang out with us! 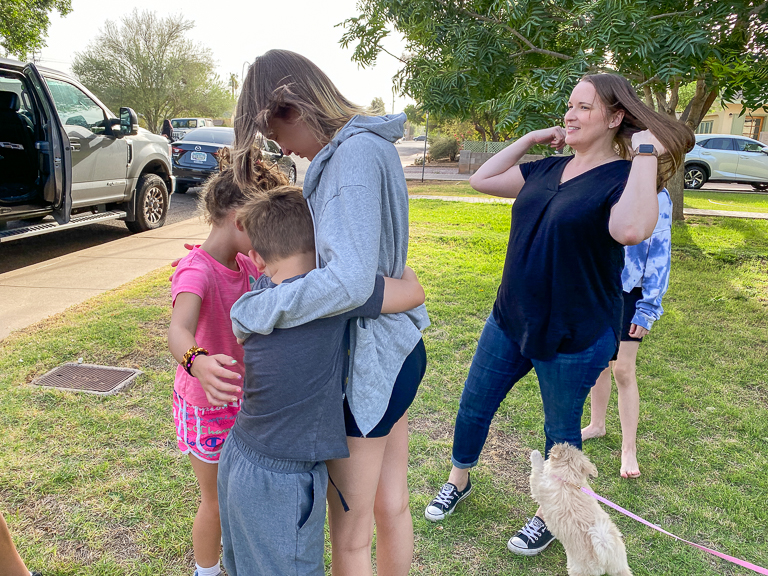