It's been a hot one today and the kids played for 3 hours at the park! After dinner we had a special taste test treat. Drumstick Ice Cream and Drumstick Cereal! 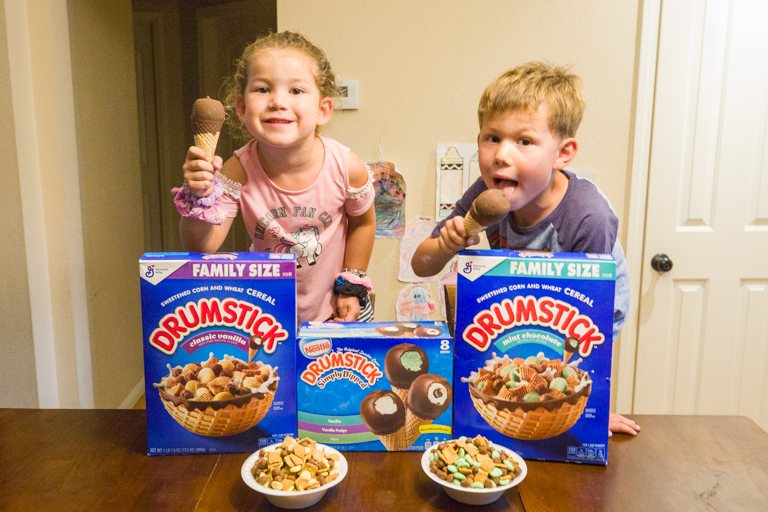 I knew this cereal existed, but could never find it locally. Luckily my brother in Colorado helps me find the things I can't.
You know how I like to try the original along with what something is trying to represent. I was looking all over for these Drumstick Ice Cream cones. You can see that the cereal does not have peanuts, either on the picture on the front, or as a flavor in the final product. So I was on the hunt not just for a Drumstick without peanuts, but also with Mint as a flavor. Thankfully on a random trip to Walmart I happened to see these in the freezer section. Success! Let the taste test begin! 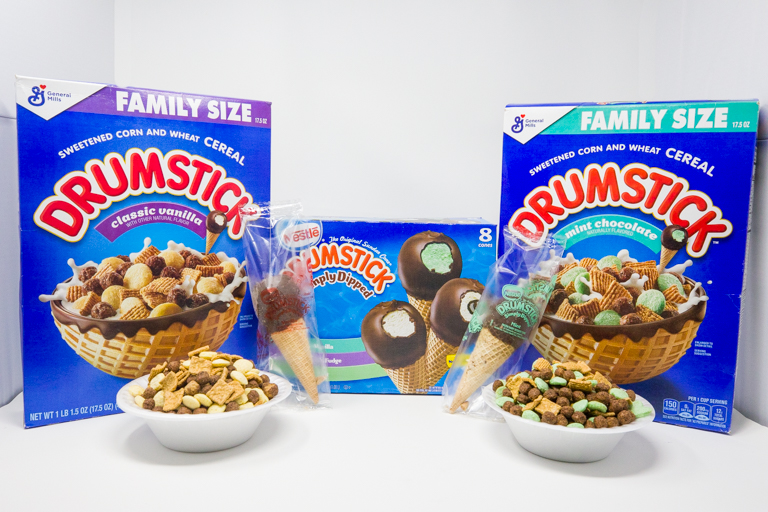 First up we've got the Classic Vanilla Drumstick. There's a different cereal piece for the 3 different types of the cone. 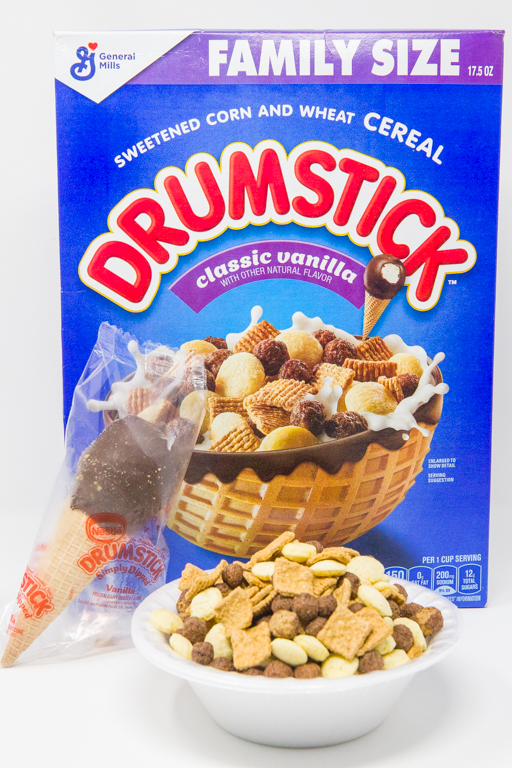 Upon seeing the cereal in the bowl, I was immediately reminded of the taste test we had with the S'mores cereal. The waffle and chocolate pieces look just like the graham cracker and chocolate pieces. And the ice cream disks look just like the Banana Cream Nilla Wafer cereal. Except this cereal is made by General Mills, and the S'mores and Nilla Wafer cereal is made by Post. Weird. 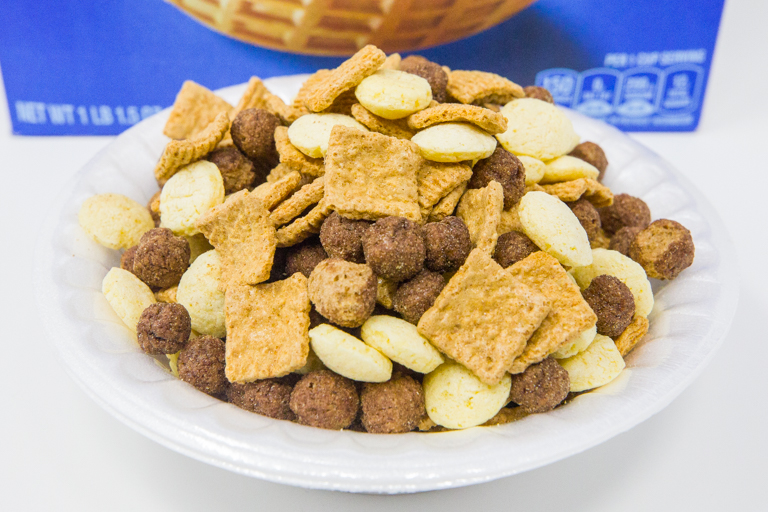 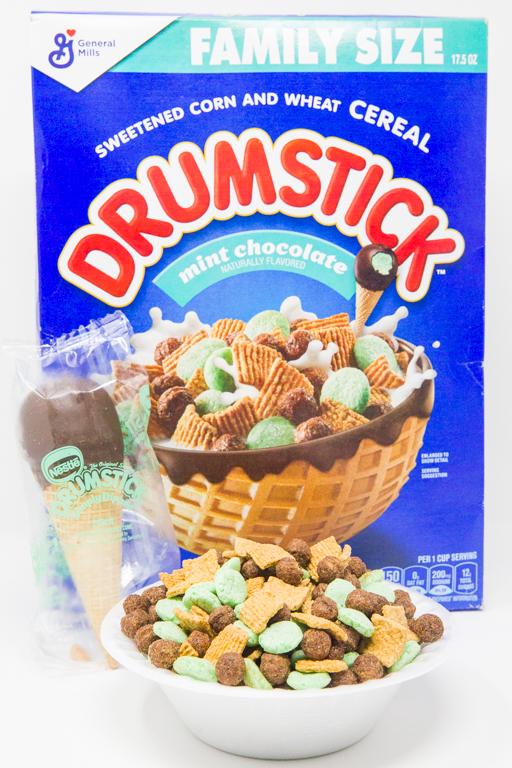 It's no surprise that they look identical to the other Classic Vanilla flavor with the vanilla ice cream disks being replaced by mint ice cream disks. 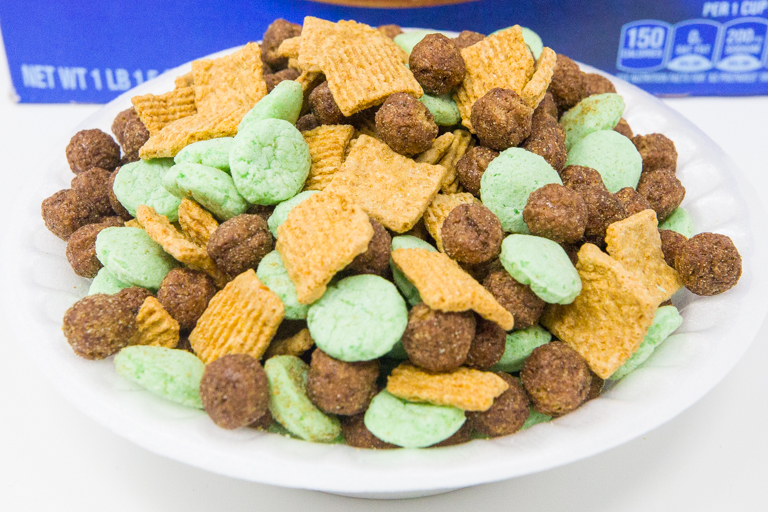 Time to dig in! And we've got help today! 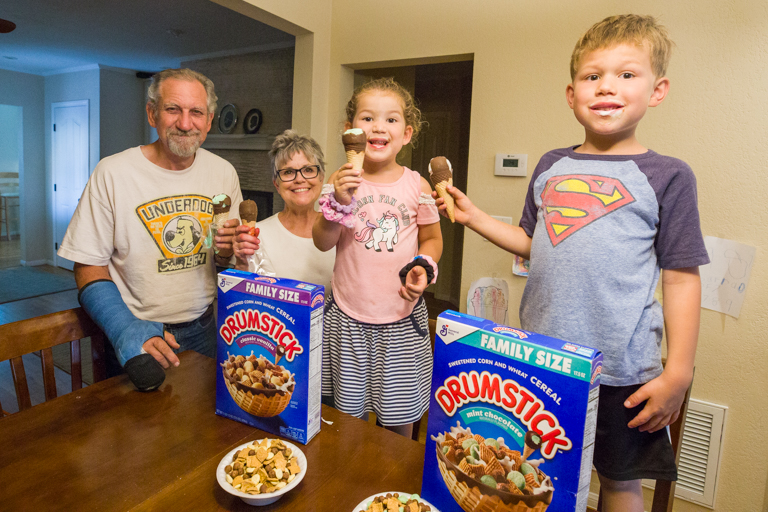 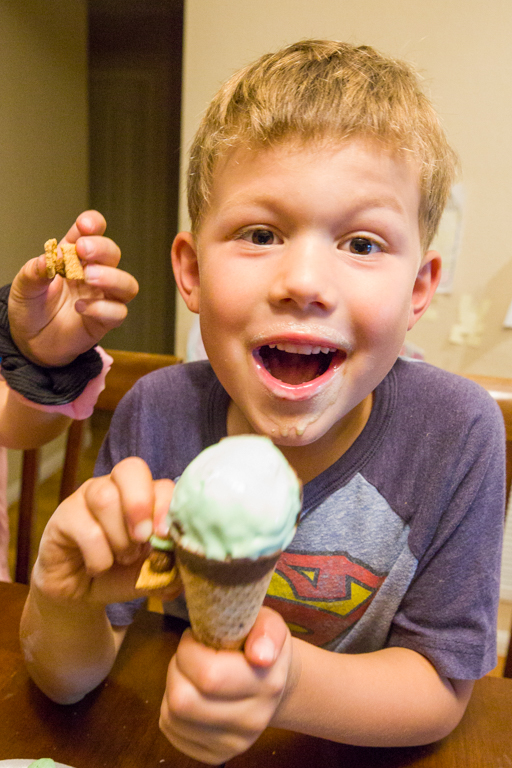 The ice cream was a hit, but how about the cereal?
We tried it both dry and with milk.
The Classic Vanilla cereal is very mild. If you gave it to me without telling me what it was, I'm not sure I could guess what it's supposed to be. Even with milk, it's just meh.
I was expecting the Mint Chocolate to hit me with a minty punch, but it was also pretty mild. Adding milk made it creamier, which did help.

I think most of us liked the cones better, but Alli's favorite was the cereal. She gave up half her ice cream cone to get a second helping of the mint cereal. 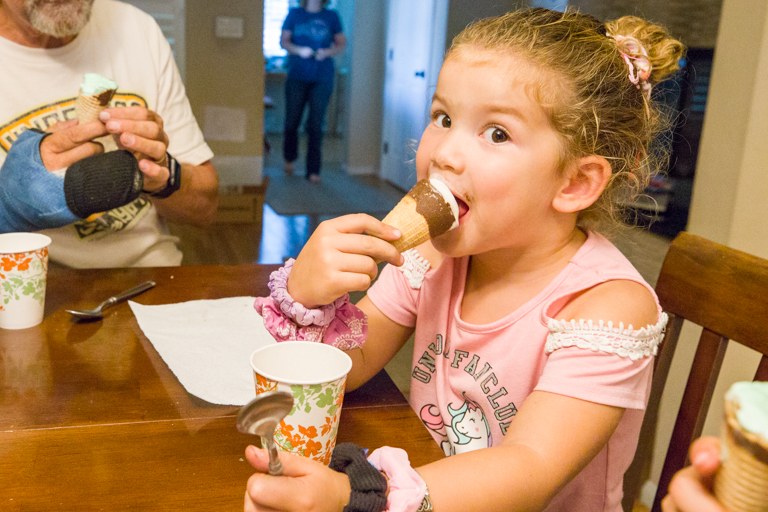 Actually both kids stopped halfway through their cones, but Ian's motivation was to get back outside and ride bikes. I got the leftover cones. 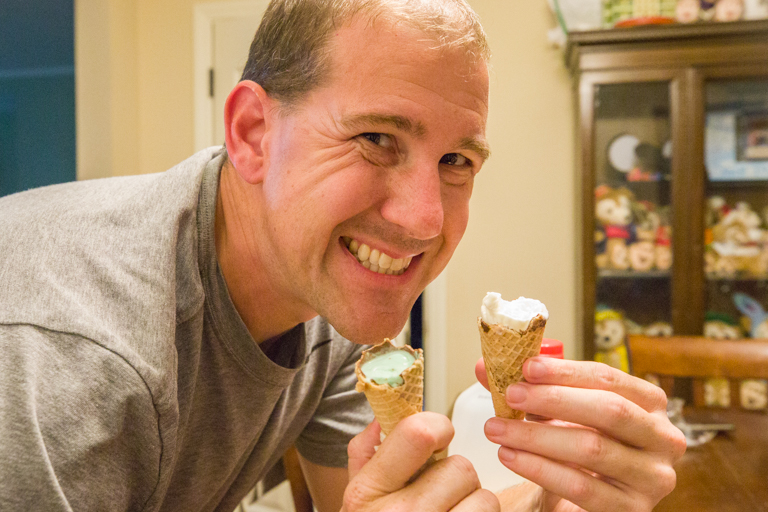 So the Drumsticks cereal isn't world changing. It's an interesting cereal to taste, but not one that I'll be searching out again.
Posted by Joe at 7:00 PM