Is it Fall already? Krispy Kreme seems to think so because they've brought out the Fall treats early. 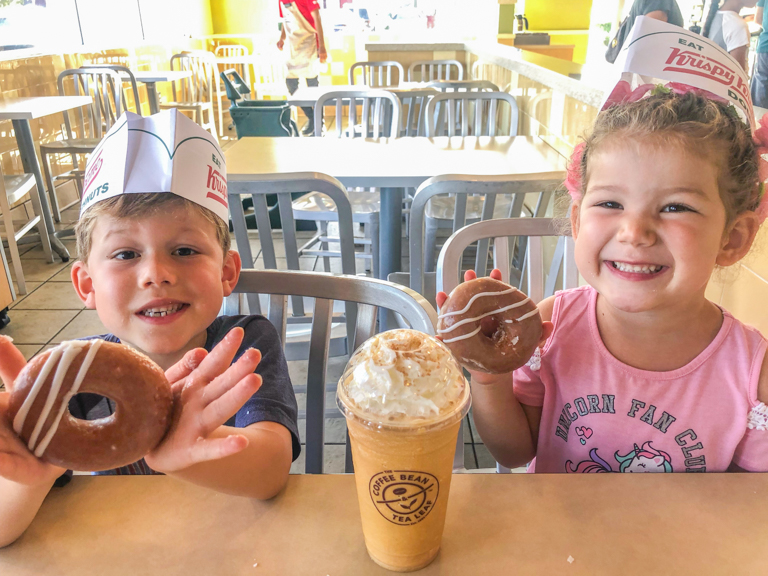 For one week only, they're selling their new Cream Cheese filled Pumpkin Spice Glazed Donuts. 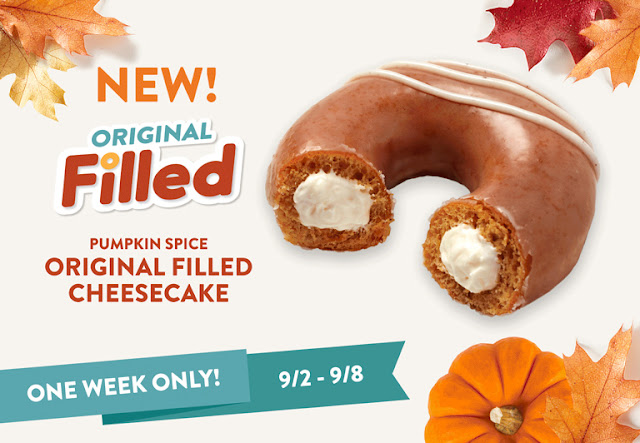 I love how Krispy Kreme shows you the whole process of the donuts being made. Ian was especially interested in watching how things worked. He watched a worker load in the dough. We saw tiny donut shaped dough go all the way through the proof box and become a full-sized donut by the end. Ian wanted to know why, so I got to give a brief explanation of yeast, sugars, and resulting gases.
From there we watched the rounds take a bath in the hot oil. And then we watched the machine that flips them over, and sometimes doesn't work right. We followed a couple of those down the line.
Finally we got to the point where the magic happens. Alli, what do you think that is covering the donuts? Alli - Rice? Ian, what is it? Ian - Sugar! 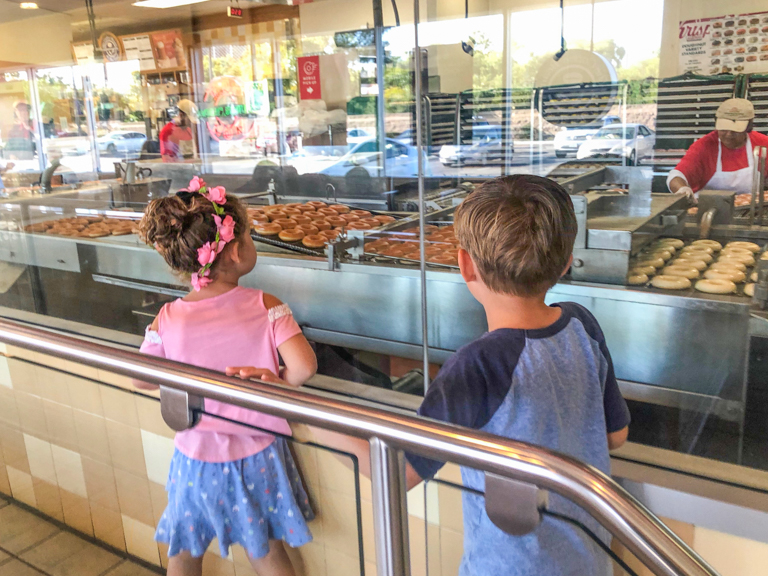 And at the end since the Hot Donuts Now sign is on, we got a hat and a free sample! 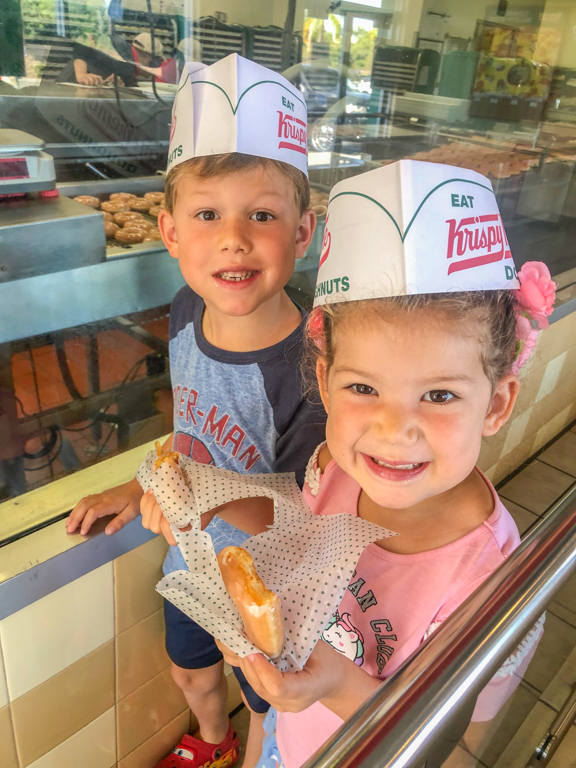 Today we're here for a few special things. First is the one that really drew me here. It's a pumpkin spice donut and it's filled with cream cheese! Yum!

And next is the that same pumpkin spice donut without filling. And for some odd reason, both of these donuts are here for one week only! Even though the official first day of Fall is September 23rd. 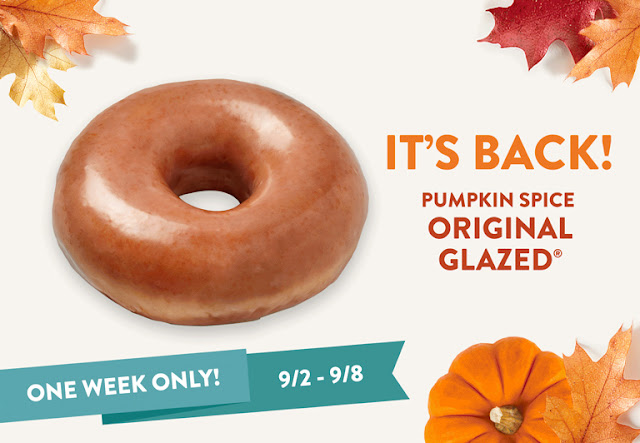 We're going to get a couple of each and have a taste and bring some home. 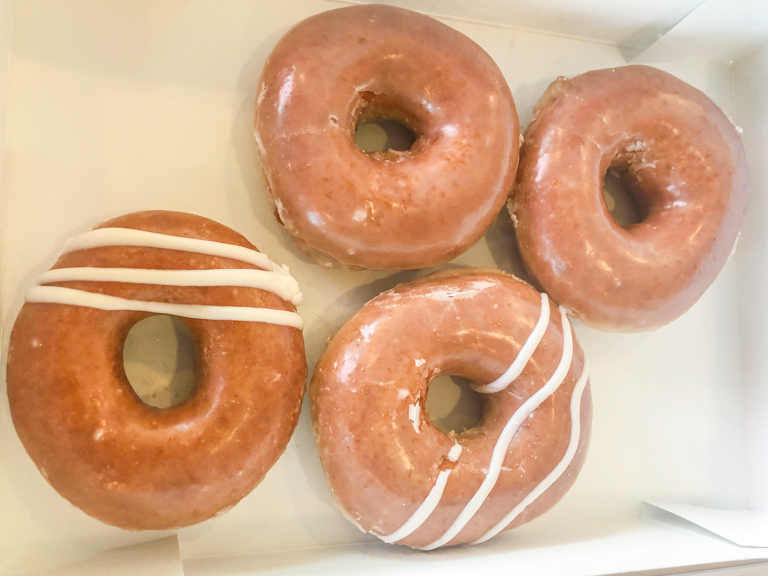 Dig in! To wash it all down we also got a pumpkin spice frozen drink.
Turns out, Ian doesn't like pumpkin spice. He traded me his pumpkin spice donut for the original glazed one I got as a free sample. He didn't like the drink either.
Alli on the other hand liked both. 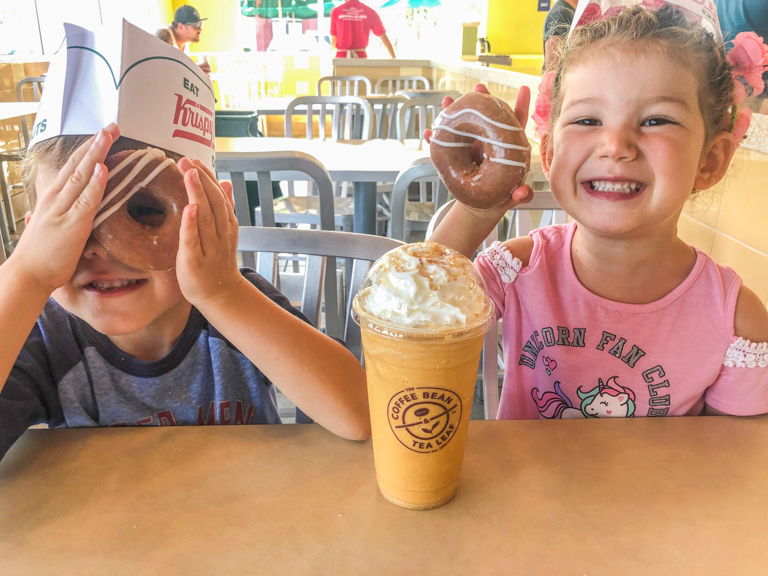 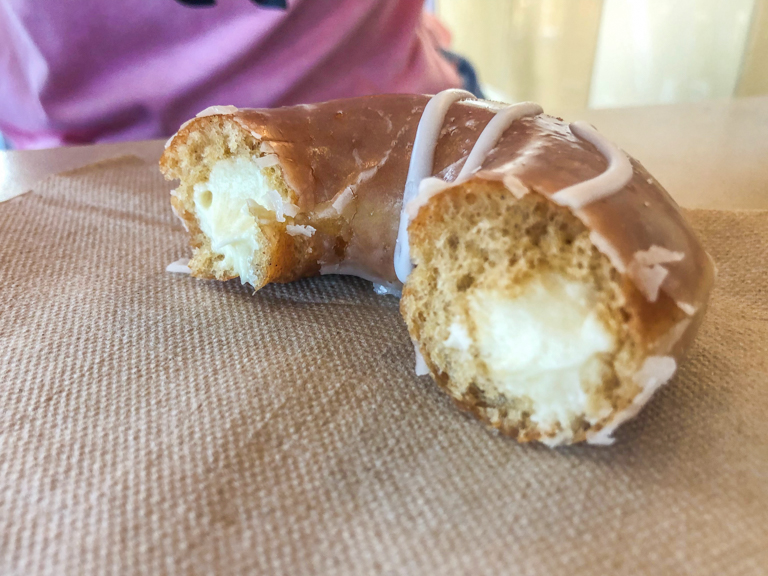 The regular pumpkin spice glazed donuts were tasty too, but the filled ones are the best! 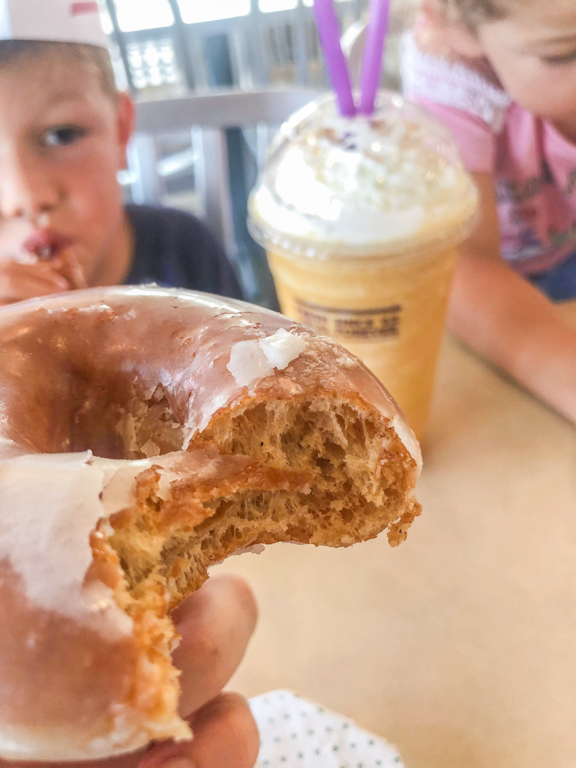