It's a beautiful day here in sunny So Cal and the kids and I are outside enjoying the nice weather. It also happens to be National Cream Filled Donut Day. 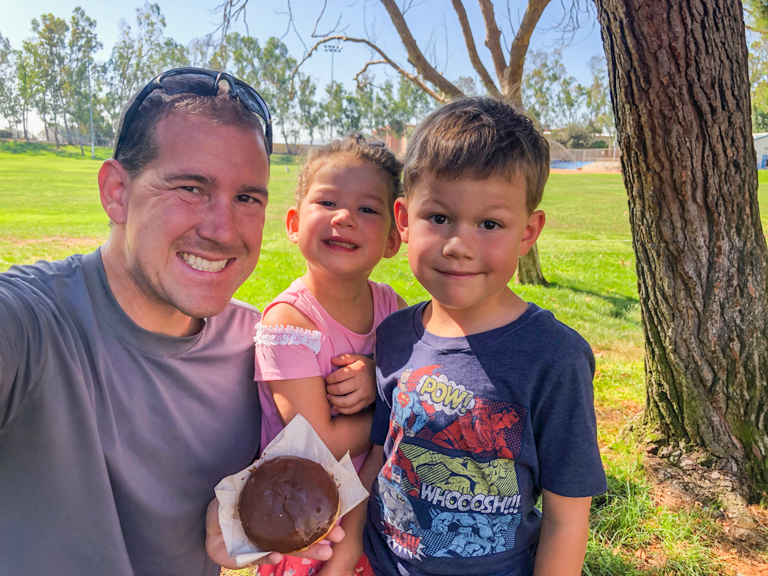 We stopped by one of our local donut shops and got the very last cream filled one that had. 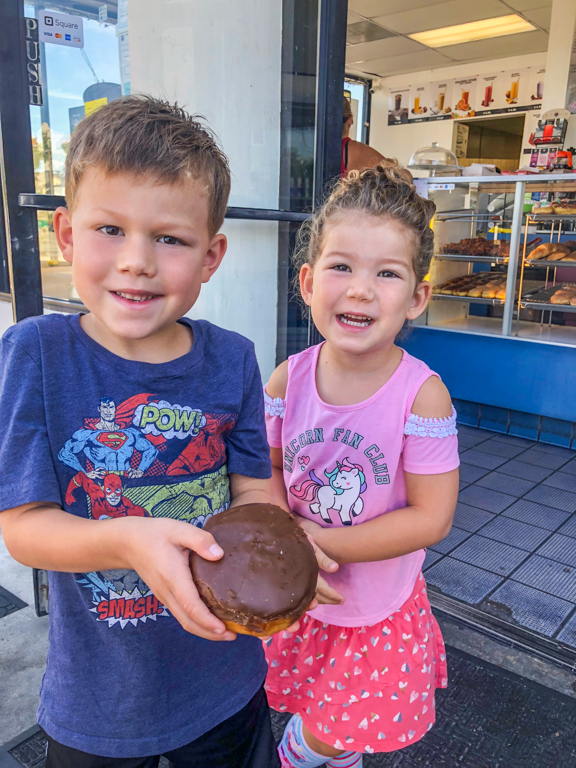 And then we were off to explore a brand new park and eat our donut. 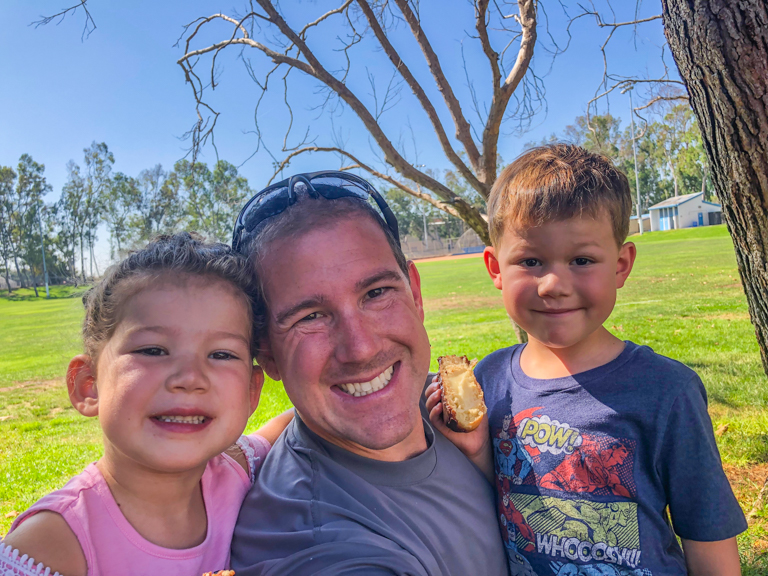 Mmm. The cream filling is tasty, isn't it. 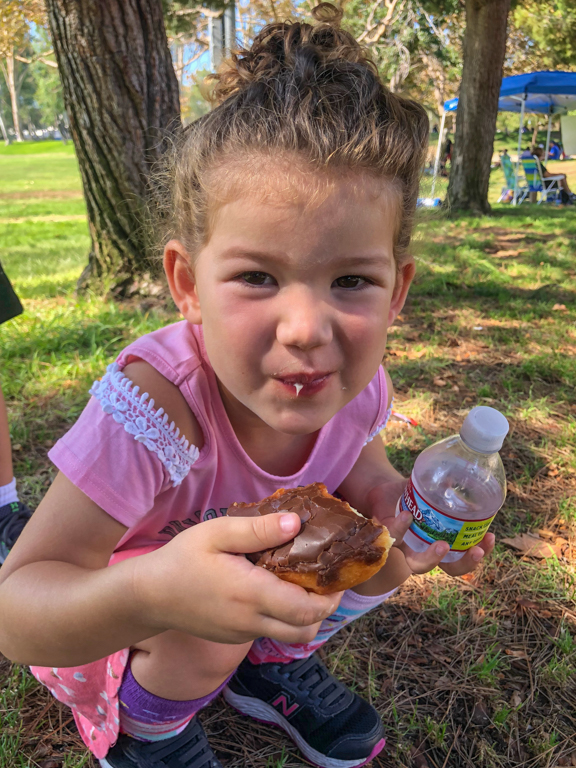 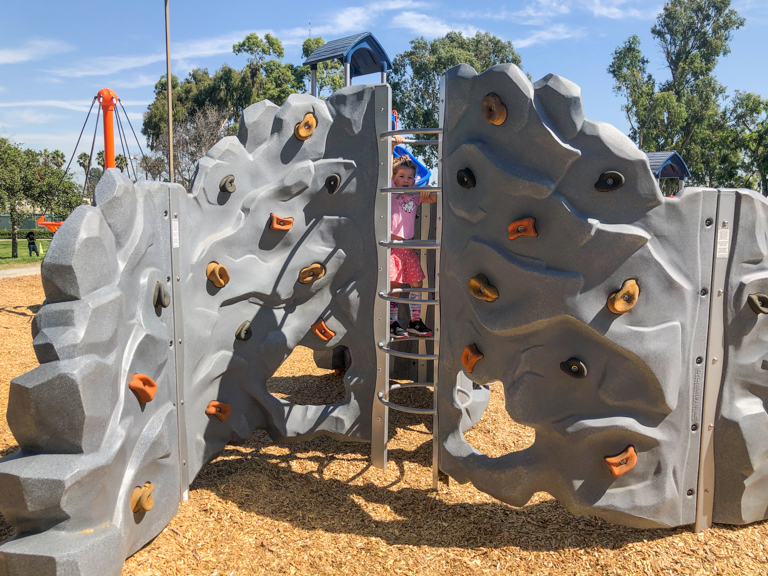 Or whatever this contraption is called. It looks like a giant spiderweb. 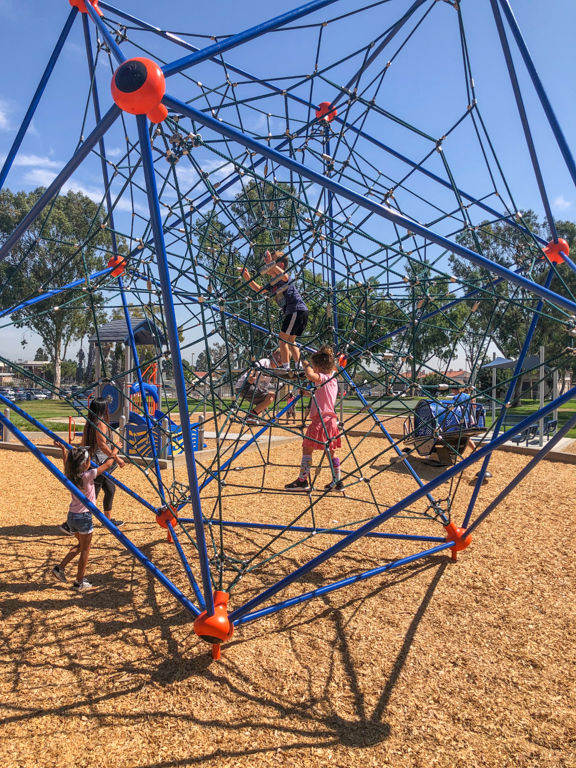 Alli really enjoyed this spinning whatever it's called. 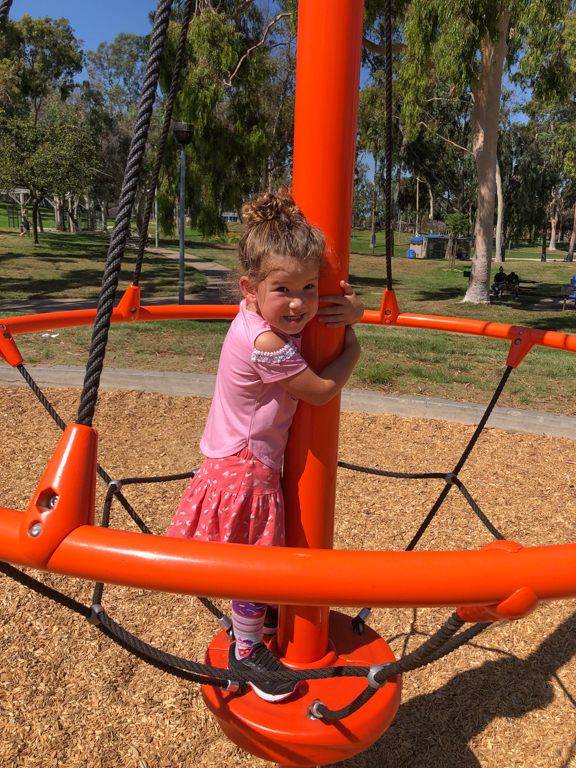 But maybe more than spinning herself, she liked to spin others.

Ian kept going back and forth to that spiderweb. Getting a little braver each time. 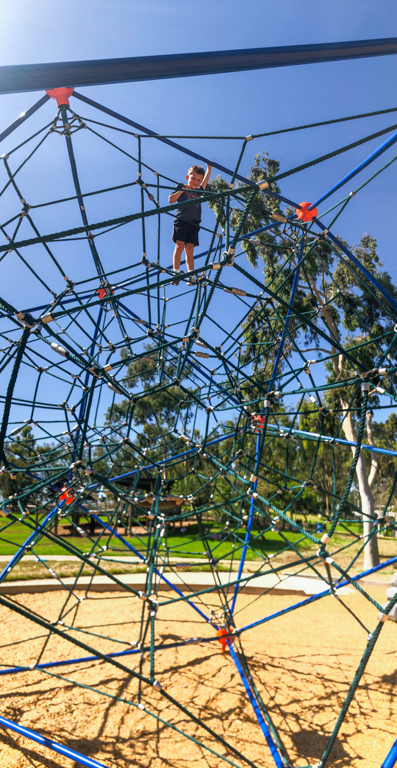 Until finally "Look at me Daddy!"
Hey, nice job Ian! You made it to the top! 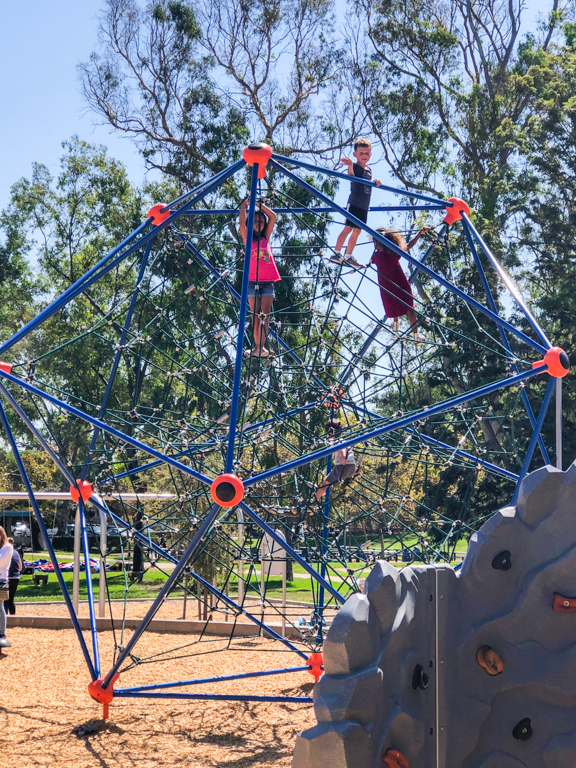 Once we got home the fun continued. The front yard was transformed into a water park. The yard sprinklers helped, plus I got out another sprinkler attached to a hose. 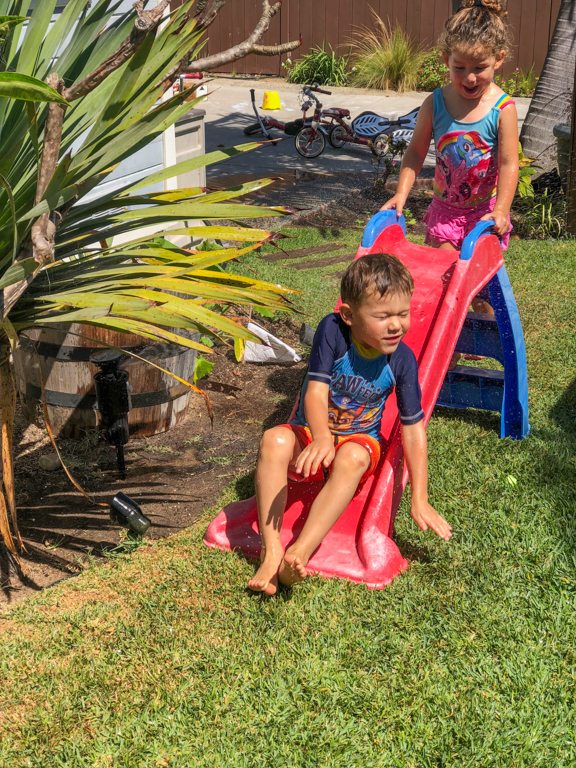 Wow, they are so big compared to that slide now. This photo is from when he first got it. He loved to climb all the way to the top and stand up. 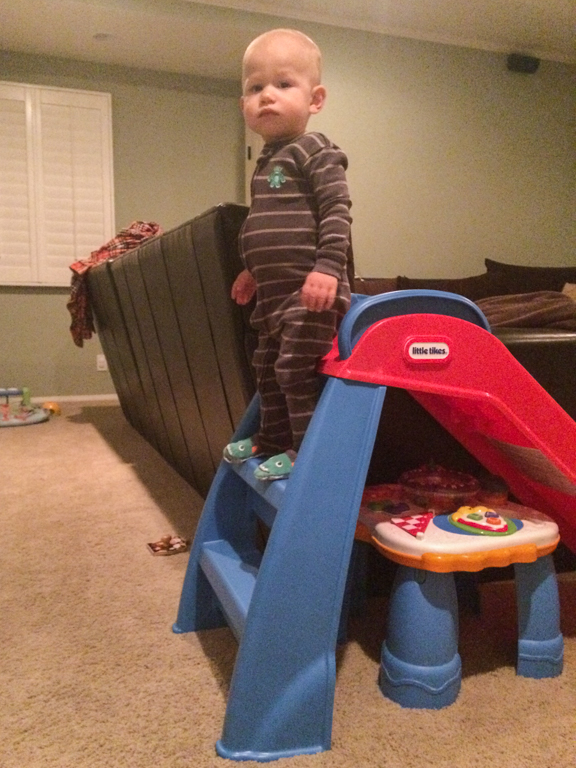 And eventually it became an outside slide, and it was great for water days then too. 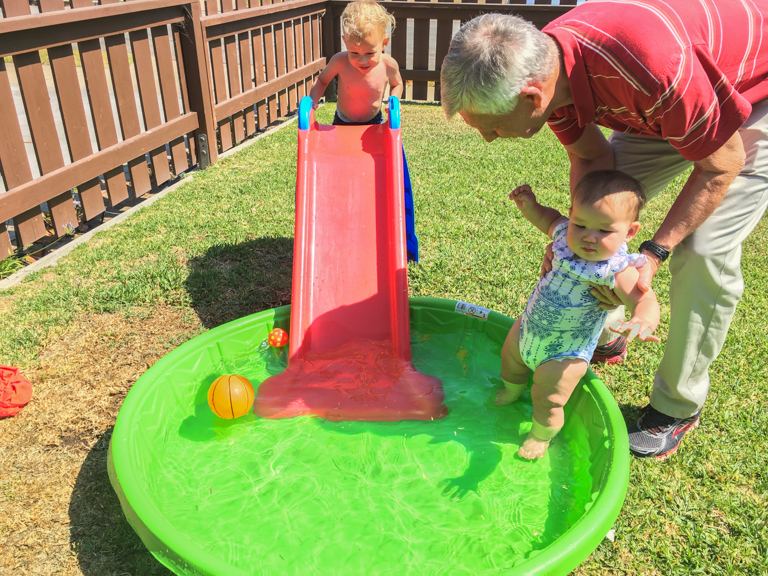 You've gotta have some music while you're playing. I could think of no better song than "Splashdance" from the Disney album of the same name. I know I listened to that cassette way too much growing up. The kids love the Splashdance song and Chip and Dale's Vacation.

It's been a really fun day today. Tomorrow is going to be another fun one!
Posted by Joe at 6:00 PM