I love Pot Pie! Savory flavors and buttery pastry is delicious. So when I saw that National Pot Pie day was coming up, I was prepared to grab a frozen pot pie from the grocery store. But Theresa said we should do it one better and actually go get a fresh pot pie. Now she knows how much I like it ever since I was disappointed on a vacation when I heard her say that we were having Pot Pies for dinner, and then she routed us to a Popeye's.
When I think of pot pie my go-to thought it Marie Callendar's. There's one close enough to where we live, so that's where everyone met up after work. 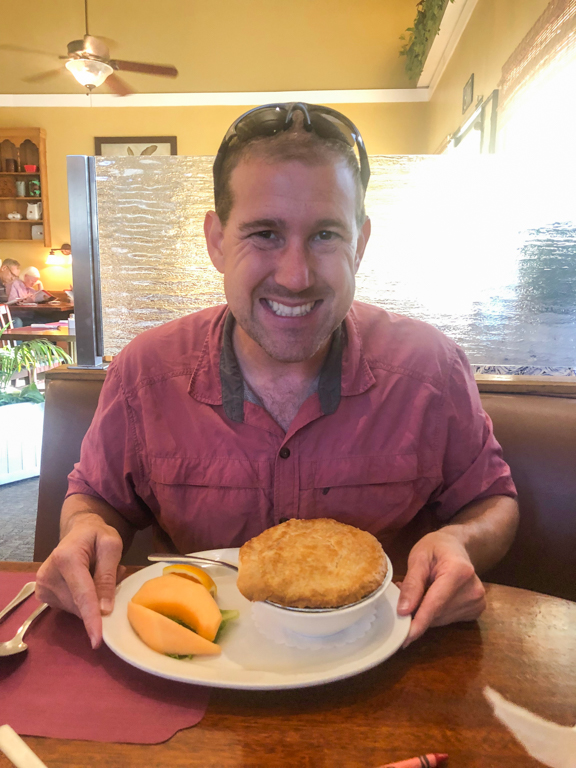 Looking at the origin of this National Day, I guess I shouldn't be surprised that it was actually Marie Callender's themselves back in 2002 who declared September 23rd to be the Great American Pot Pie day. 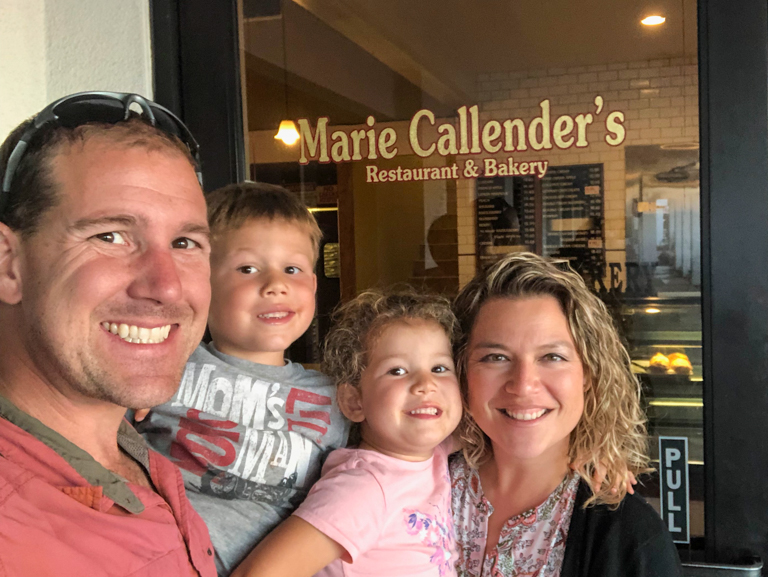 Yes I called ahead to make sure they weren't all sold out. 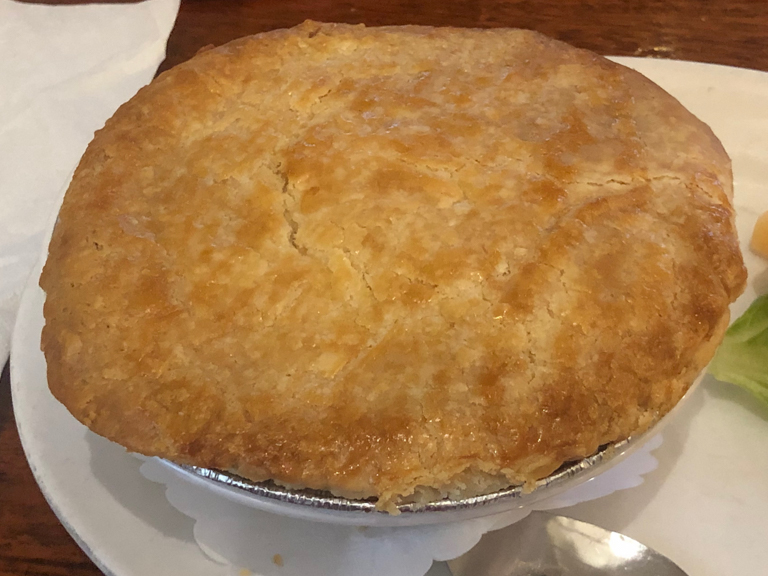 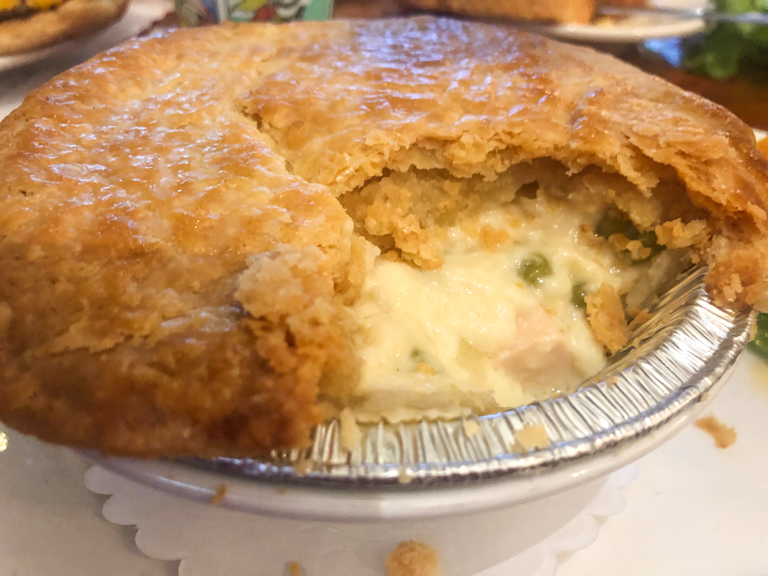 Giving each of the kids a bite. 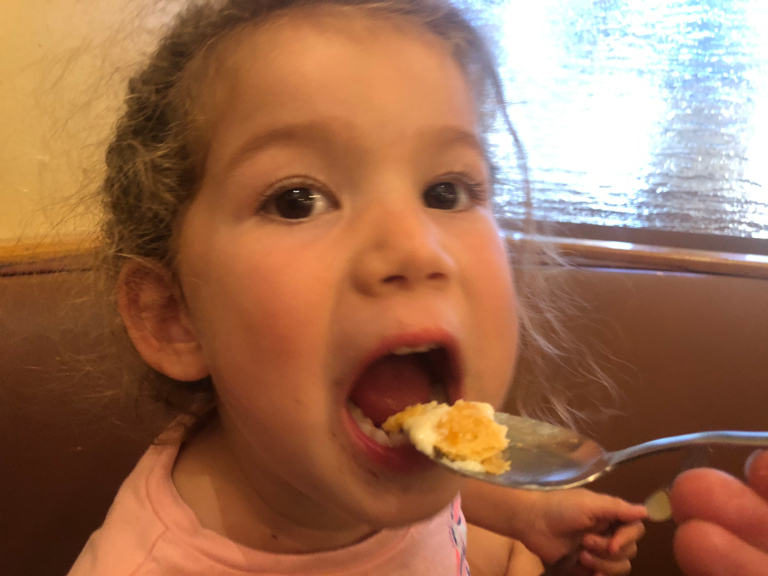 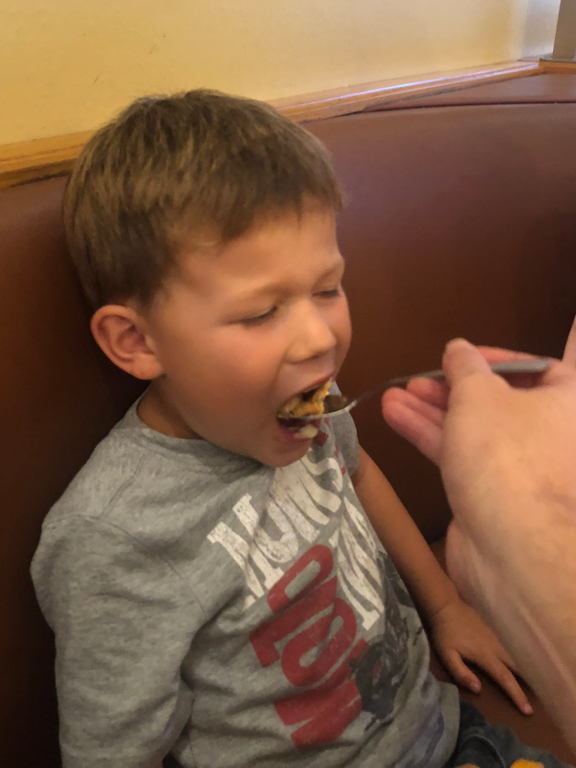 And why not claim another National Day while we're at it. The fourth Monday of September is also National Family Day. Because "families who eat together, stay together" we have really been focusing on eating together every night. The TV is only on for special occasions at home now when we're with the kids, instead of just being always on in the background. 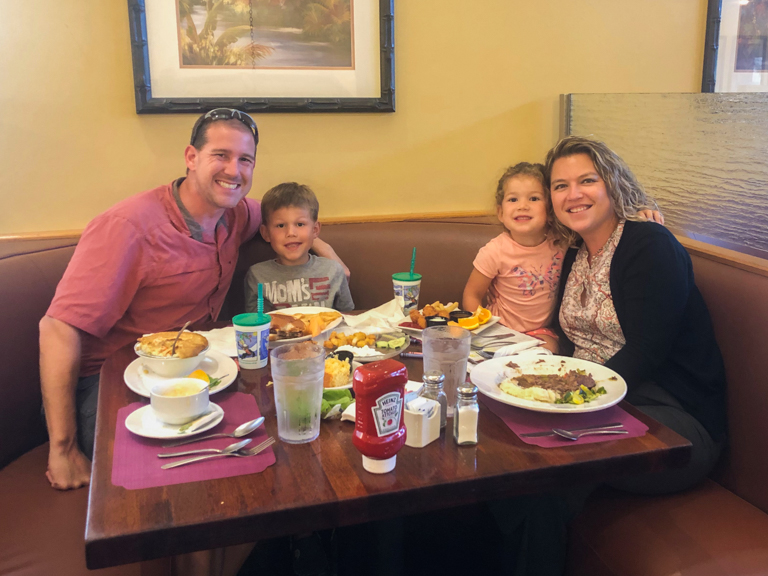 It's been years since we've eaten at Marie Callender's, and we had a great server who was great with the kids. If they ate all their dinner, she promised them ice cream. And when both of them expressed their love of cherries, she made sure to give them extra cherries on their ice cream sundae. 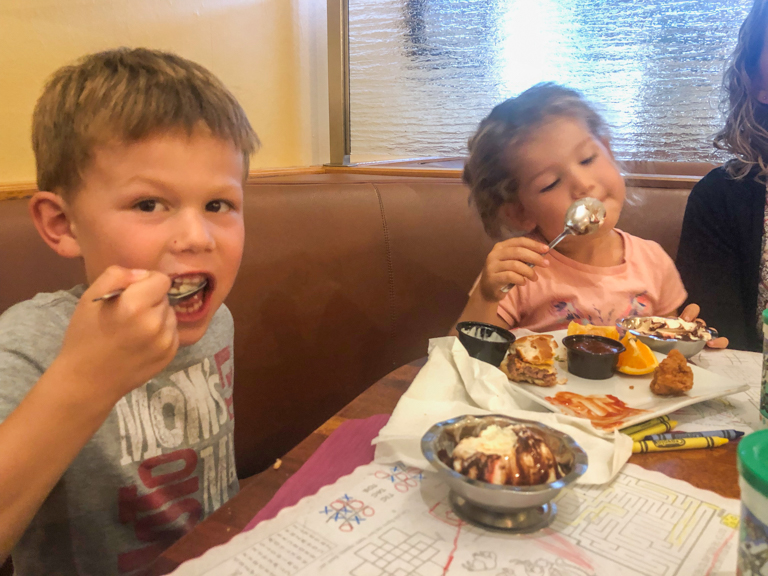 And as I'm writing this up, Theresa is having some deer sticks as a snack. There's a third one! National Snack Stick Day!
Posted by Joe at 9:01 PM