Chuseok is one of the major Korean holidays. It celebrates the autumn harvest, honors your ancestors, and feasts with special Korean food. 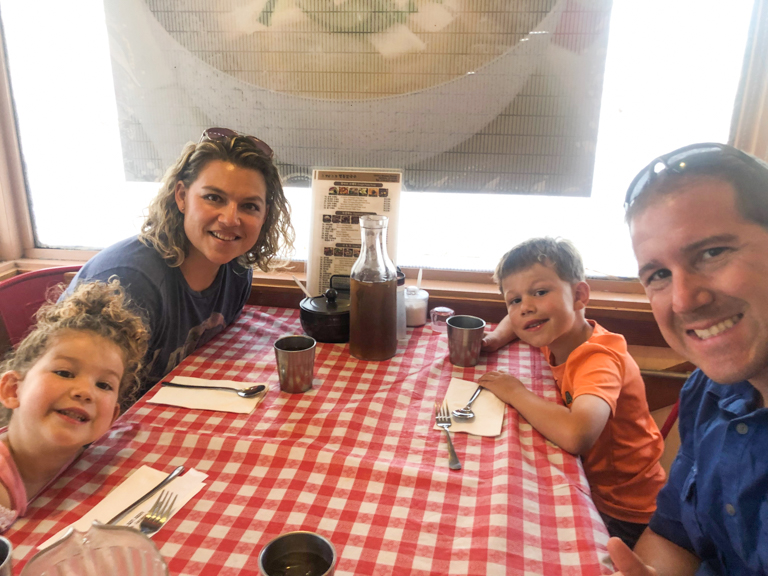 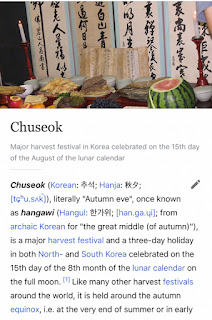 One of the traditional foods is a rice cake. The kids and I were going to hunt some down. 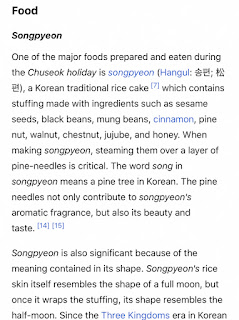 First we stopped at the Farmer's Market and got Theresa her favorite Jujubes. They're seasonal and T is always excited to see them arrive.
Next we went to our local Korean grocery store. There were so many different types of rice cakes that I didn't have any idea which ones were Songpyeon. A friendly Korean customer was able to help me find the right one to bring back home. And I surprised her with a "Kamsahamnida" (thank you in Korean). 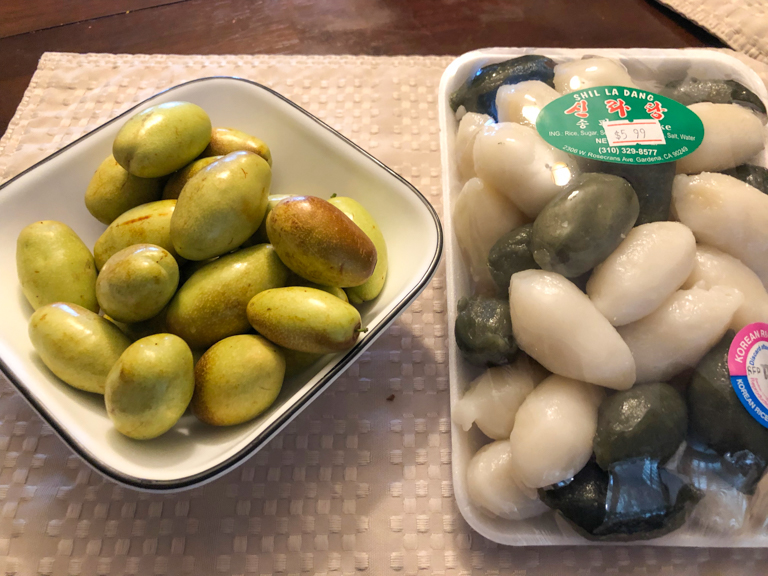 The kids know when to pull out their limited Korean knowledge too. They were saying "Annyeonghaseyo" to lots of people in the store and getting lots of grins in return. They saw a worker mixing a big tub of kimchi and were amazed by it. They greeted her and she asked if they wanted a sample. Both me and the worker were surprised they said yes. But sure enough, both Ian and Alli took had a bite of the spicy kimchi. I think she was impressed, and she quickly sent a co-worker off to get them some water. Ian and Alli even remembered their "kamsahmnida" as we walked away. 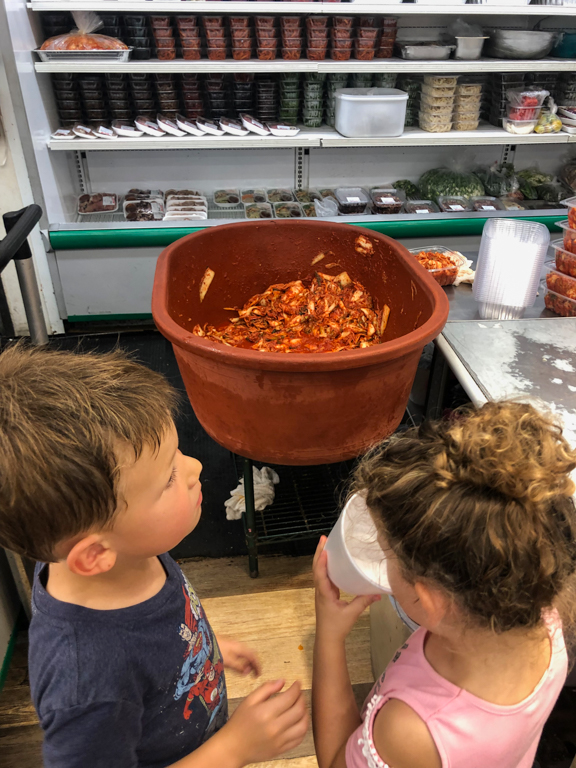 Back home, Theresa was very surprised with the holiday treats. 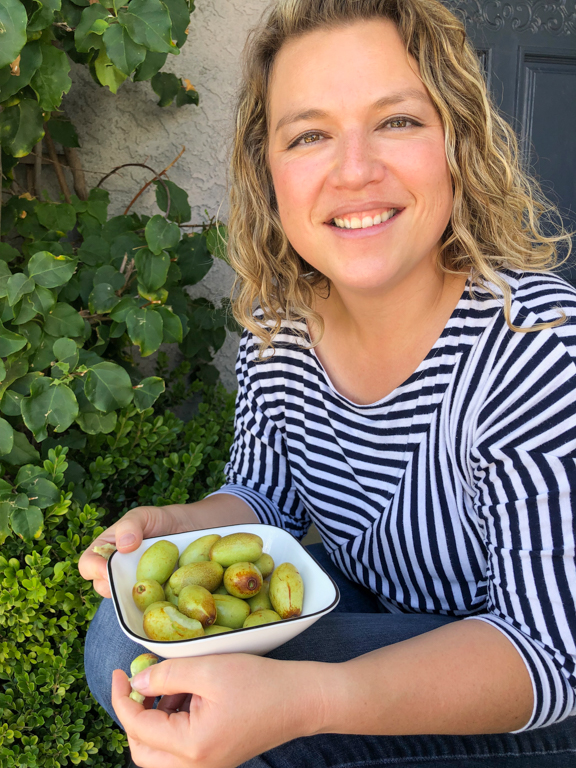 Sampling one of the rice cakes. 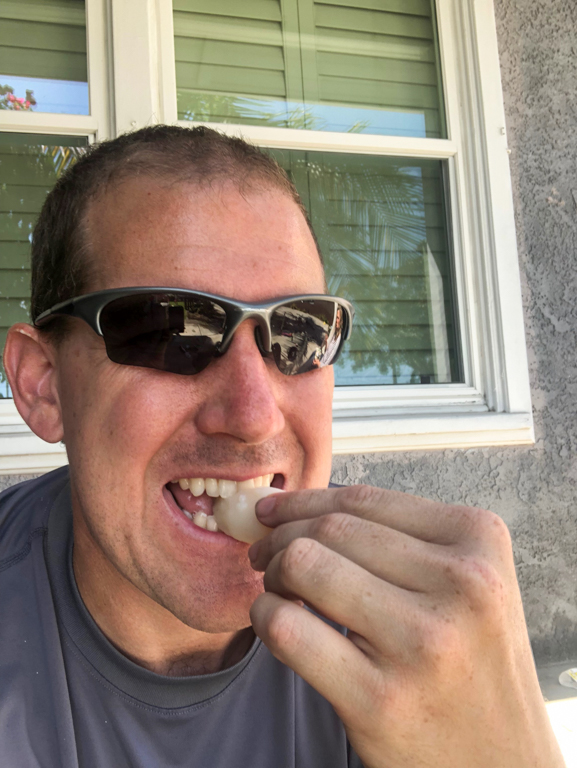 And we always try to celebrate family. 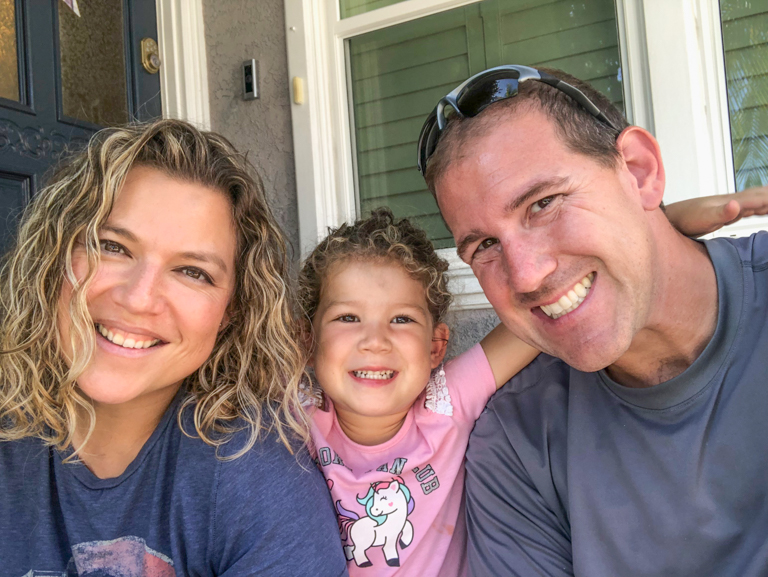 For our feast, we're heading to our favorite Korean restaurant. The Old Time Noodle House. They know us very well here.

Alli loves their dongchimi (fermented water kimchi) and not just because it's pink. She can eat a whole bowl herself, and the staff knows it. They bring out a bowl just for her and keep bringing her more. 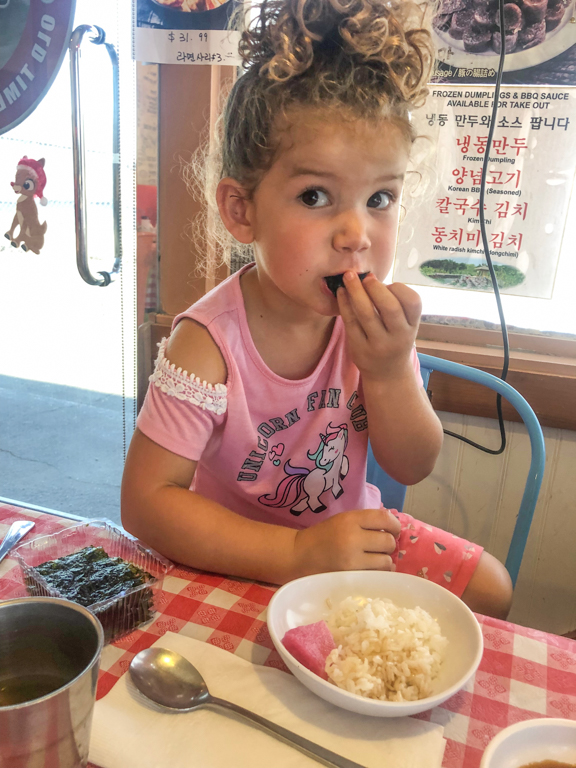 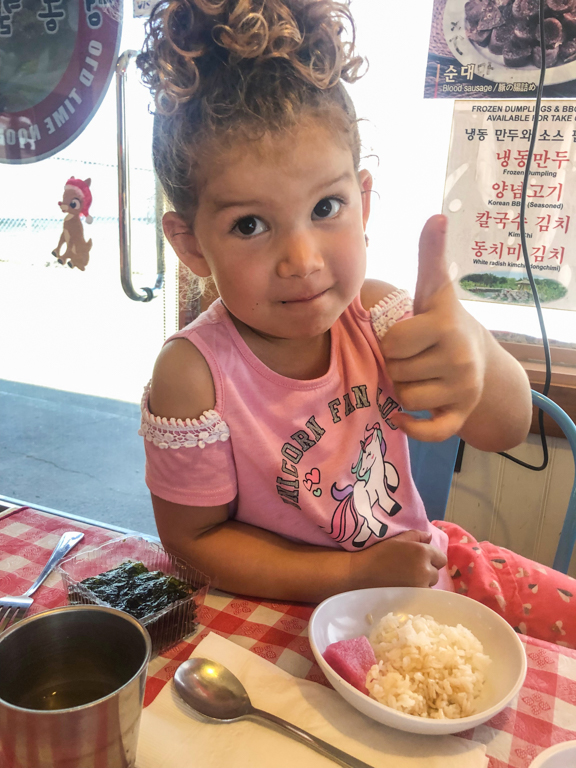 And Ian will finish off a pack of seaweed and rice no problem. 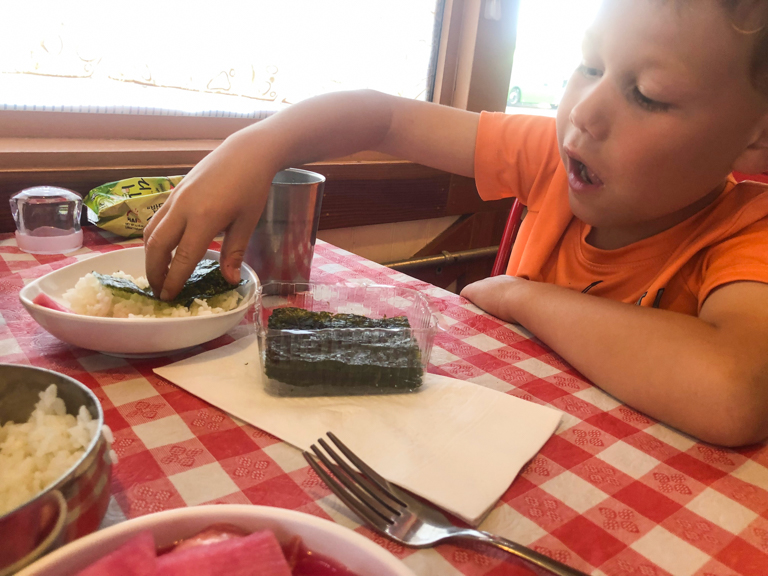 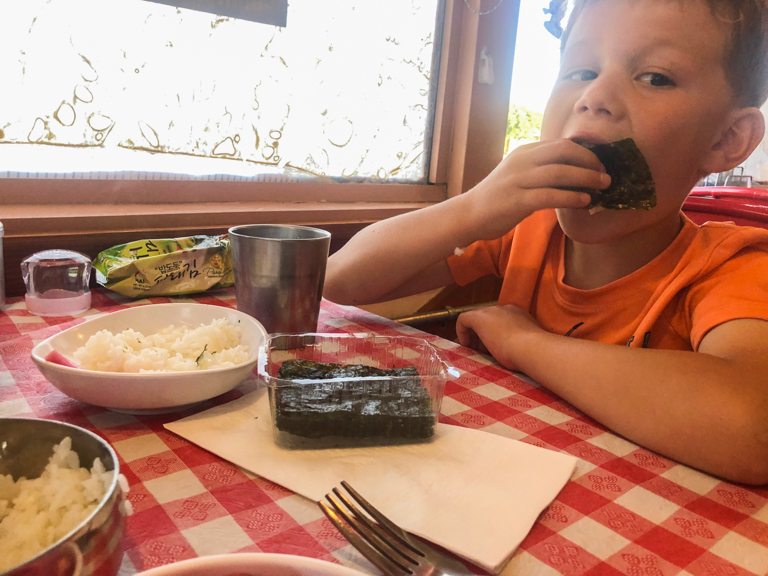 I love their spicy pork box. Don't mind that empty spot. There used to be a couple fried dumplings there. The kids also get a ramen bowl and split the noodles. 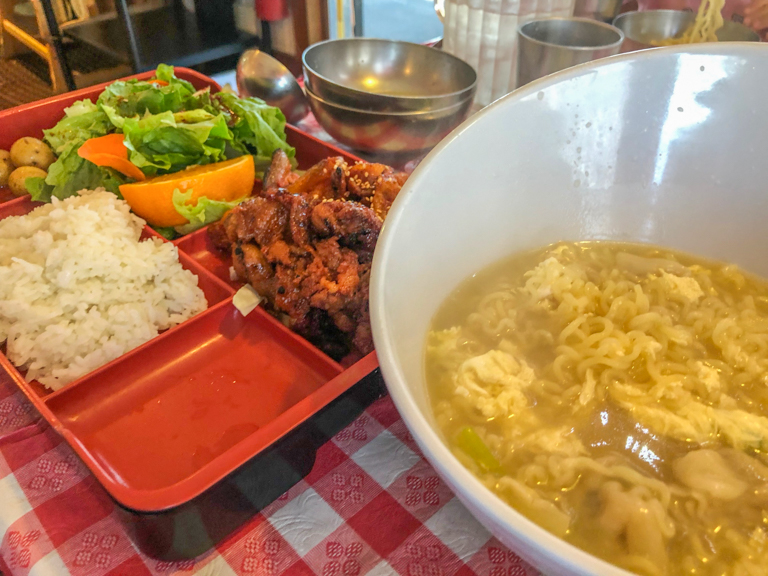 And after coming here enough times, Yelp has proclaimed me the Duke of the Old Time Noodle House! 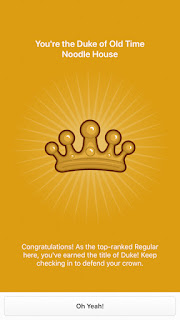