Happy New Year! We're in Michigan celebrating with Theresa's family. One tradition I'll be looking to continue this year is making pizza. Everyone loves it and each week I try to come up with something interesting. This week I have access to a few unique ingredients that I don't get very often.

Grammy made way too many chicken nuggets for dinner last night, and normally we'd have no problem finishing them all off. I think I can do something with those. And Tyler has made pulled pork that we enjoyed on sandwiches and there's leftovers of that too. Both will be great on pizza I think. 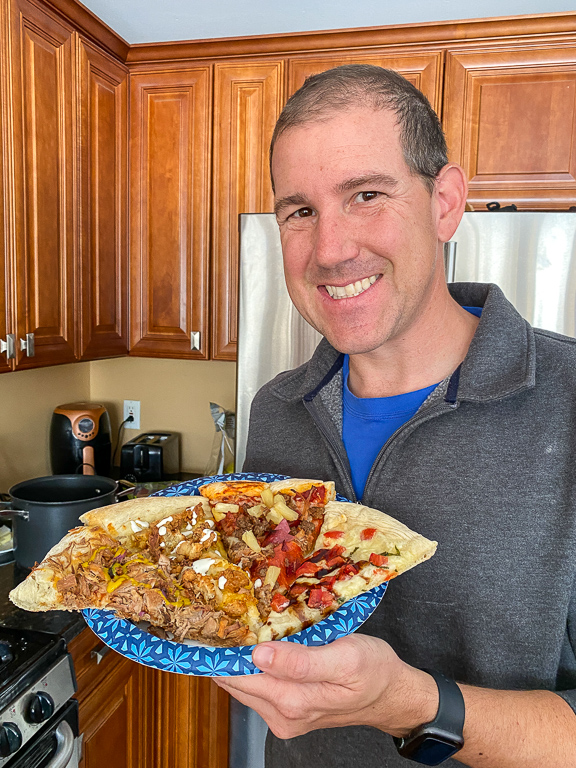 I started with a triple batch of my own dough recipe. There's a lot of hungry people to feed. 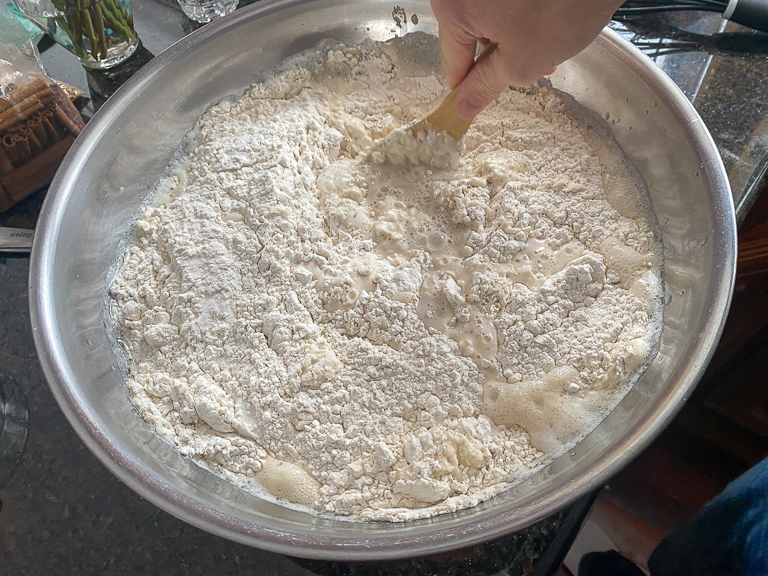 Theresa and Rita helped with all the toppings. As pizzas came out of the oven, the next pizzas were ready to go right in. 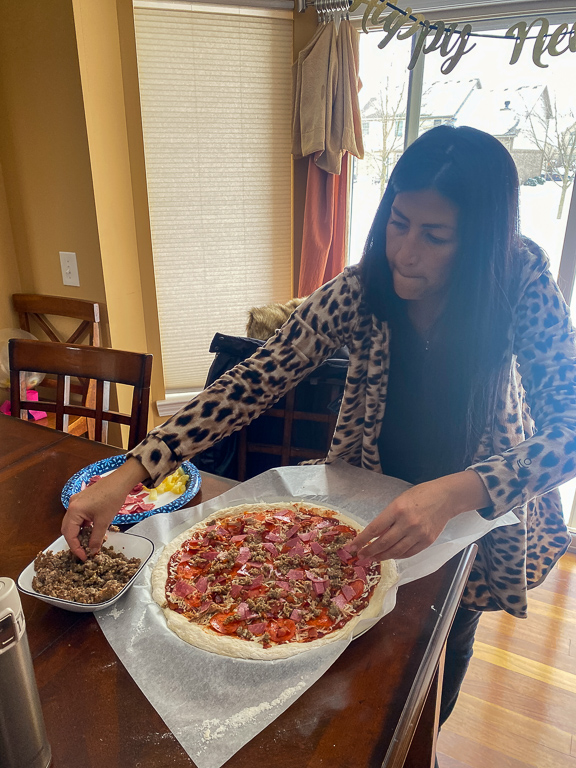 For Grammy's Chicken Nugget Pizza, instead of pizza sauce, I put down a base of Chick-Fil-A sauce. That seems to be a favorite. It was topped with mozzarella and then chicken nuggets that have been sliced into smaller bits. Once it was cooked, people could choose to drizzle ranch, bbq, more Chick-Fil-A sauce, or whatever they wanted on top of it.
Tyler's Pulled Pork Pizza had a base of BBQ sauce, and was topped with red onion. I thought about adding jalapenos, but some people don't like it spicy, so I kept them off. 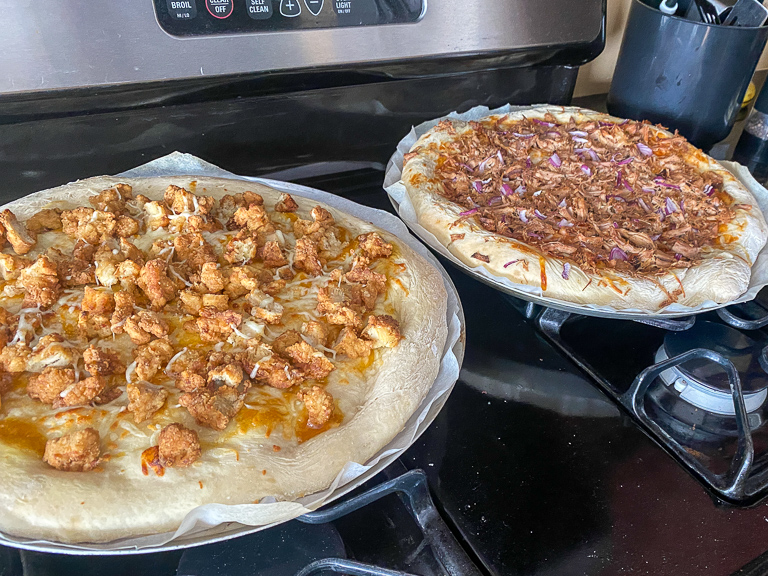 There's also a variety of meat pizzas, some with pineapple, and a supreme pizza with way too many veggies. 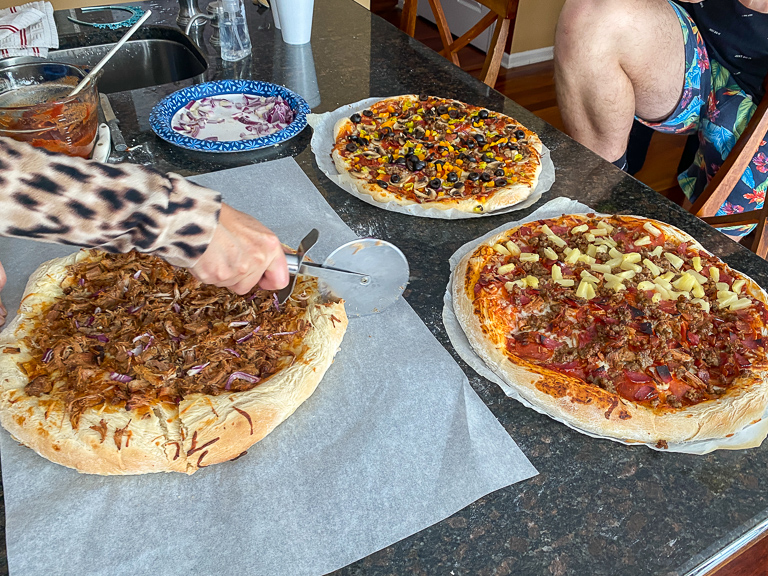 Can't forget about Ian and Alli. They like pepperoni and sausage. 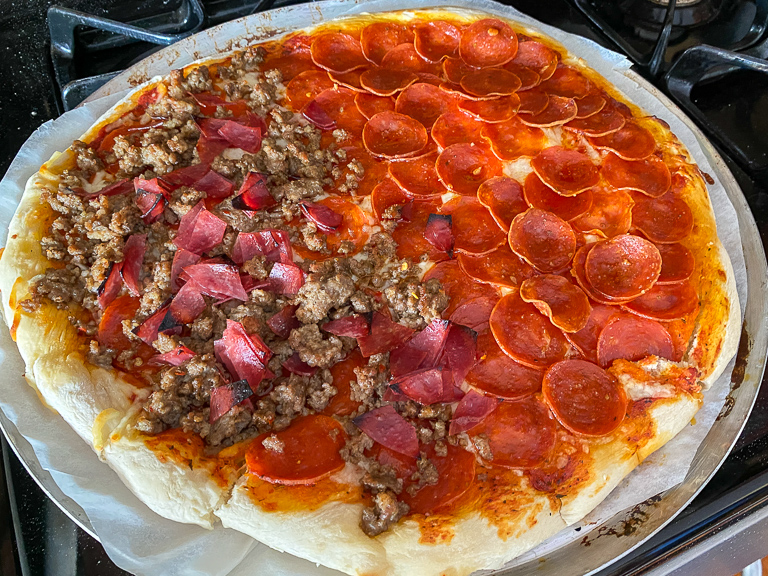 Our last pizza was a margherita pizza with no tomato sauce, just diced tomatoes, fresh basil, mozzarella and garlic. 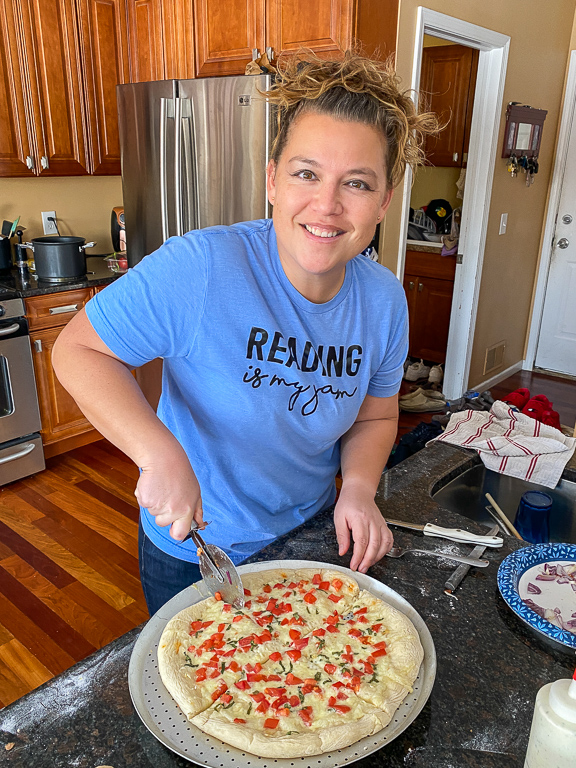 With a balsamic drizzle, this one will be delicious! 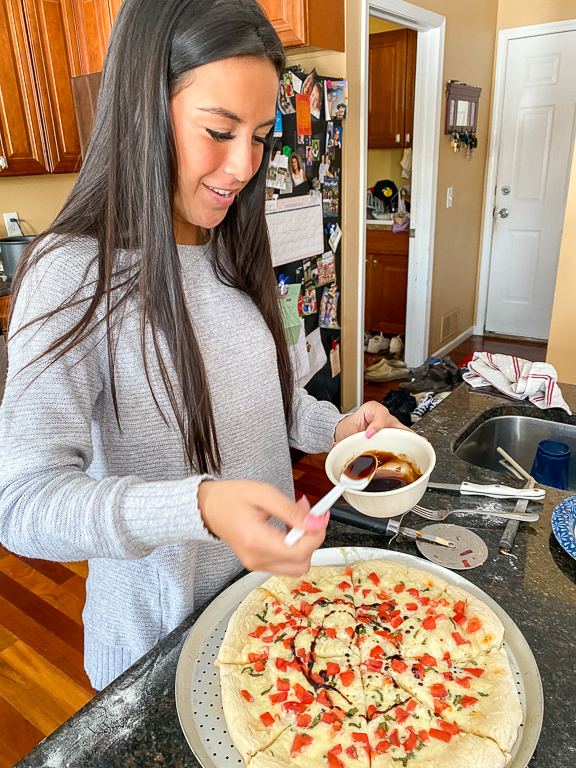 What a feast! Let's dig in! 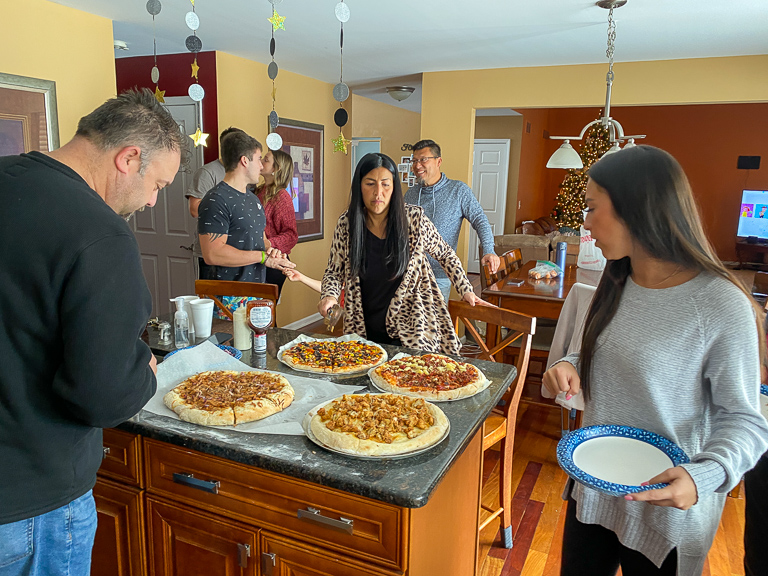 Payton adding a spicy honey mustard to the top of her pulled pork pizza. It was delicious! 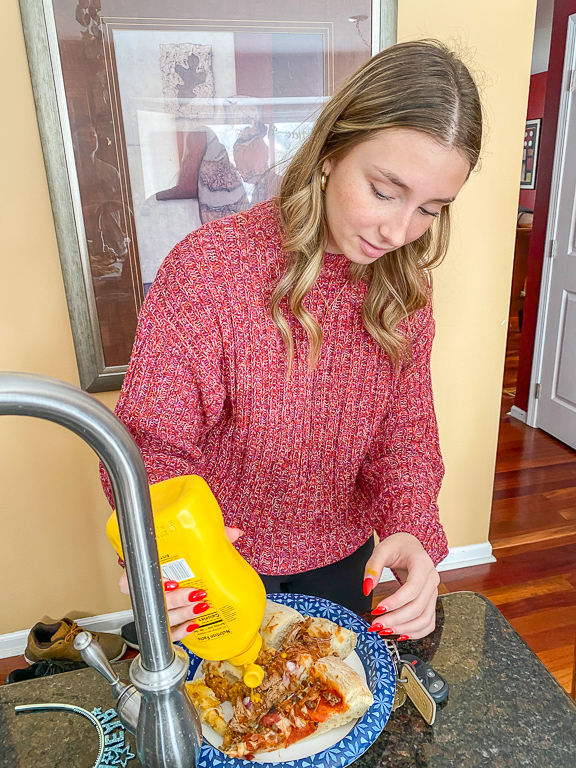 I love all the variety. I also added mustard to the pulled pork pizza, and ranch to the chicken nugget pizza. They were all great, but my favorite was the meat pizza with pineapples. Asking around though, people really enjoyed the supreme, pulled pork, and margherita pizzas too. There weren't too many leftovers, and those we did have didn't last very long.
It was a good start to the new year! 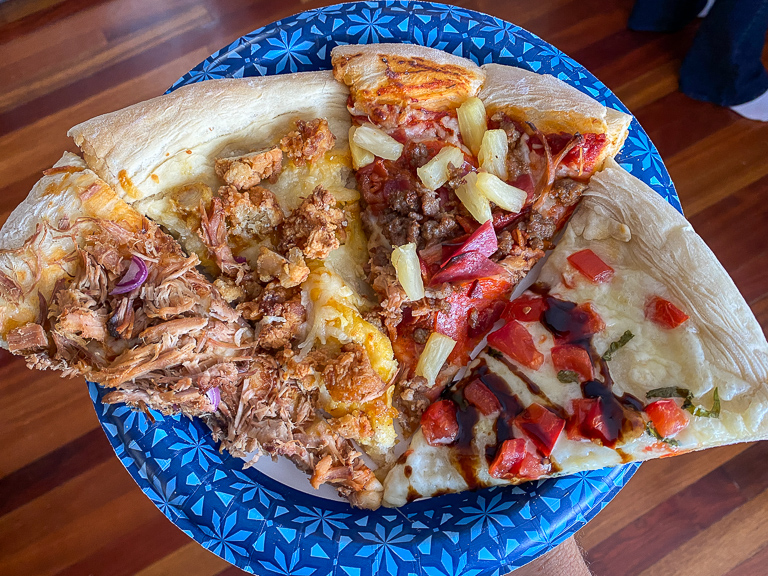