Arizona's nickname is The Grand Canyon State and since we're here and since the kids are collecting Junior Ranger badges, we have to go, right? 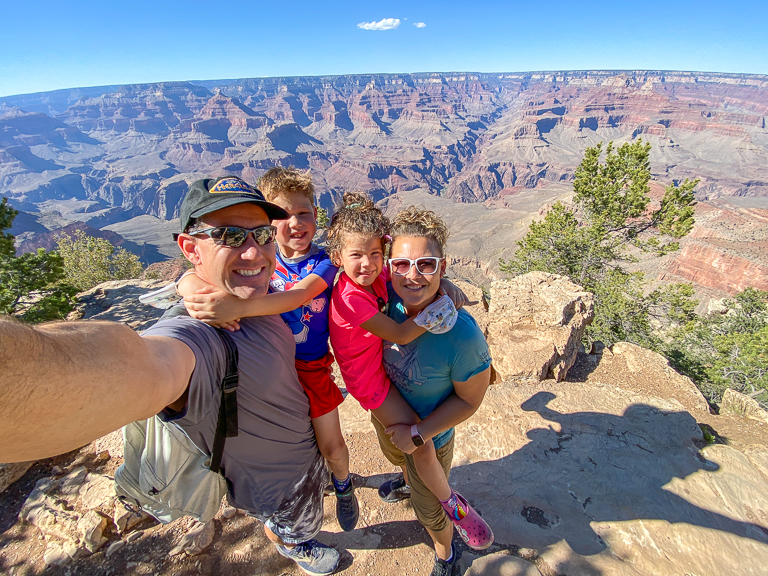 It was not a short drive. Normally a 2:30 hour drive from our campsite in Verde Valley, we kept noticing a dark red section of slowdown before it got to the visitor's center. As we drove that number kept going up and up. 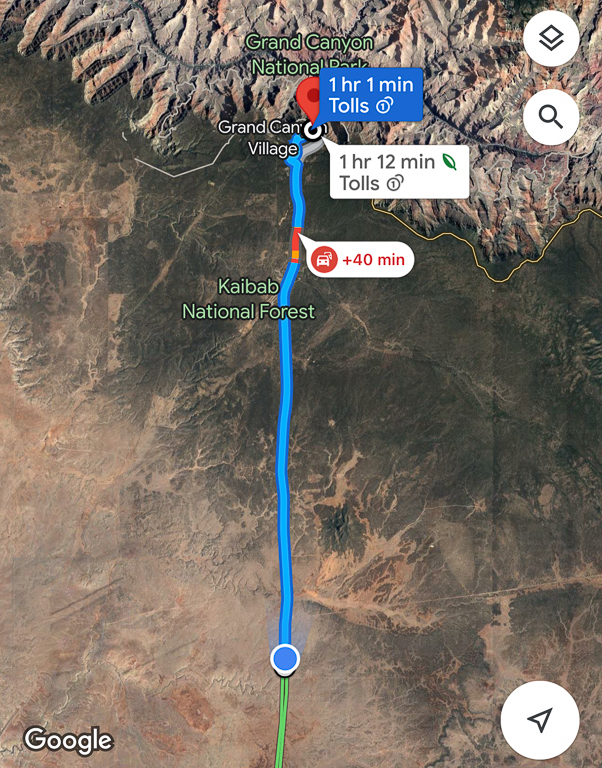 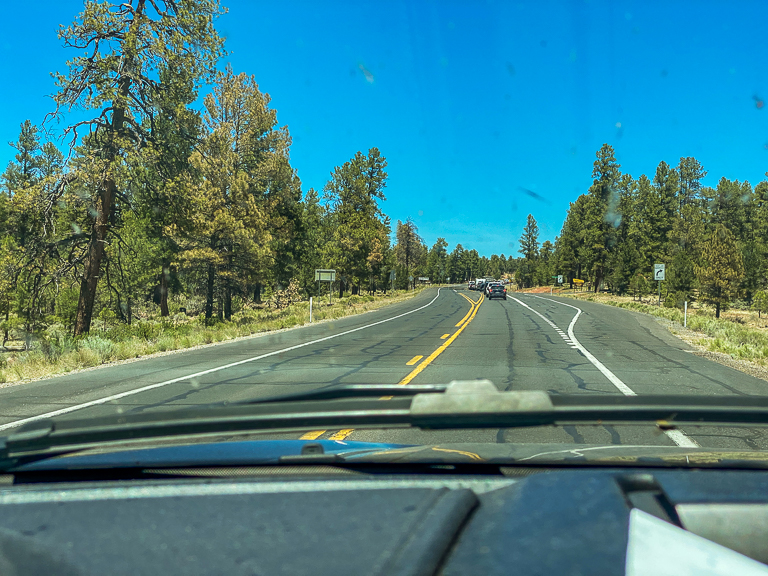 But then it got to a mile of standstill traffic. Two lanes and both are barely moving. 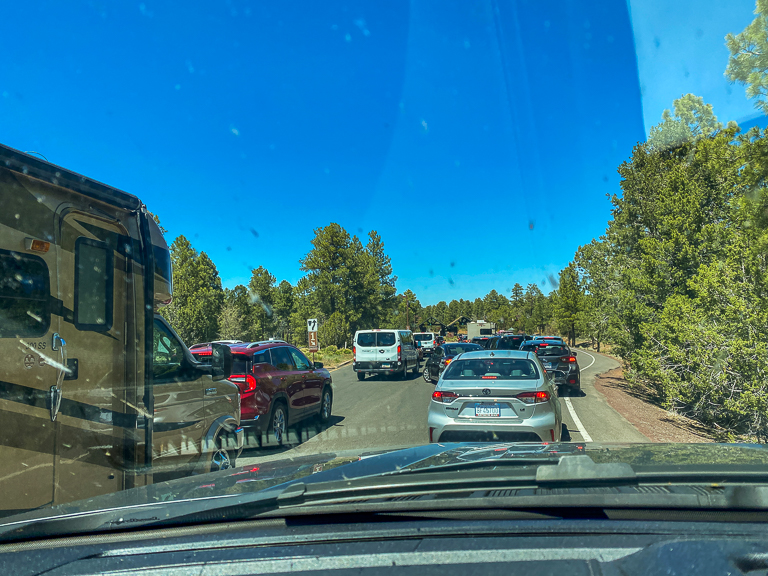 Every once in a while you'd see someone driving up the shoulder to get to the South Entrance Bypass. A road that is intended for service vehicles only (says so on the signs), and completely bypasses the Ranger Station where you have to pay to enter. 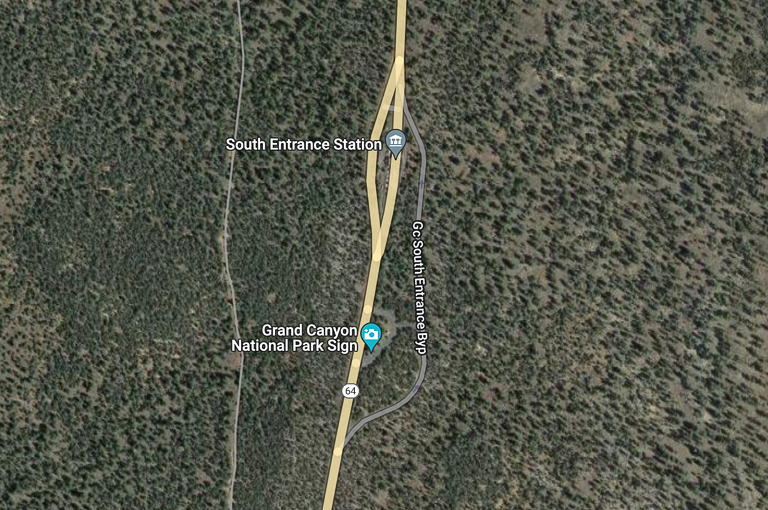 Some people right? Well we passed the time by snacking.
Looking at the timestamps on my photos, the wait was right at 60 minutes. All to go 1 mile. There was a section for passholders to enter, but it was blocked off. Guess the Grand Canyon on a random Wednesday is pretty popular. 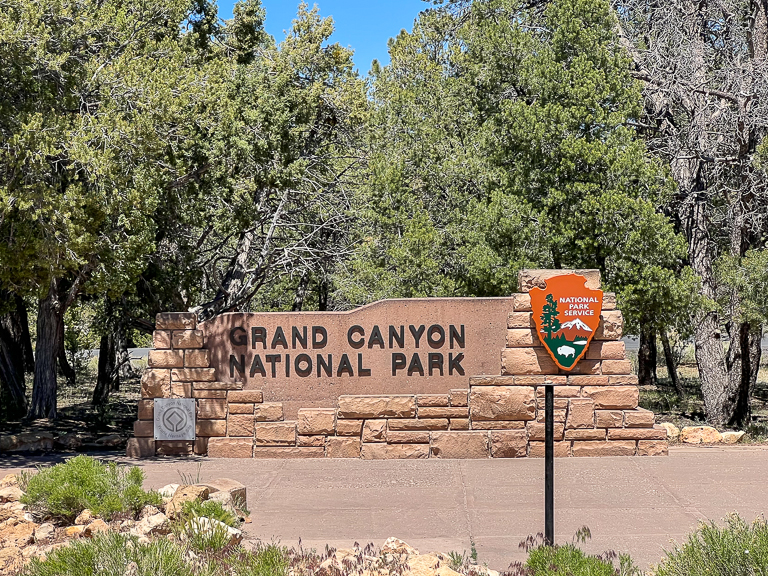 The first few parking lots were packed, so we skipped them to head to a lot that was further away, but had plenty of space, especially for long vehicles. 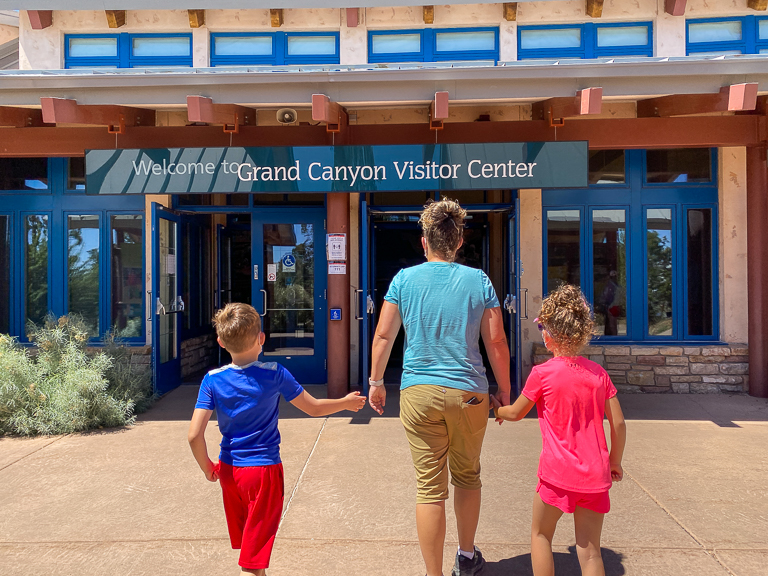 Straight to the Ranger's Station to get our Junior Ranger packages! It took a bit longer to get here than expected. It's 2:15pm and the Visitor's Center closes in 100 minutes! 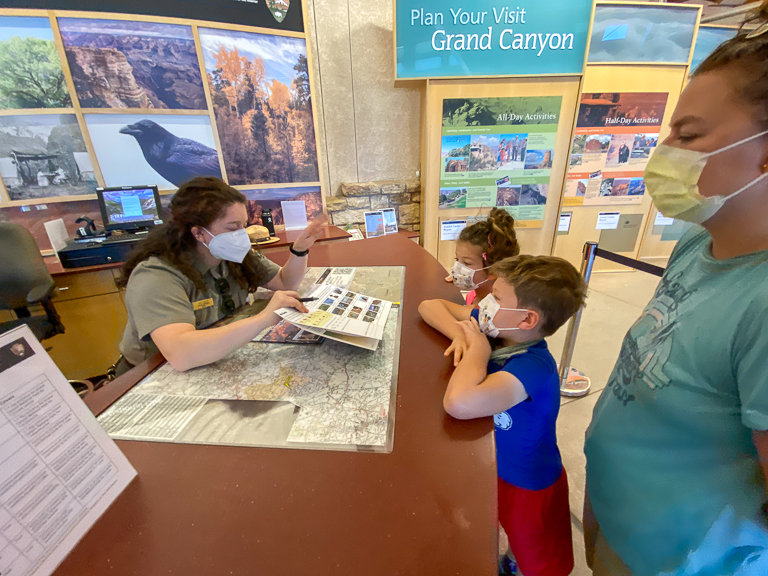 They are supposed to attend a Ranger talk, but since there are no more talks today, we opted to watch The Canyon World, a documentary about how the Grand Canyon was formed. 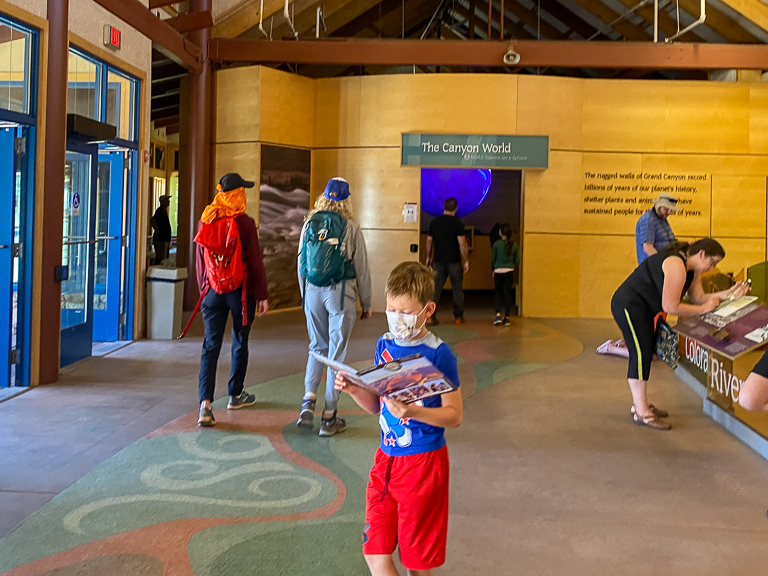 Instead of a flat screen, the movie is projected on a globe in the center of the room. 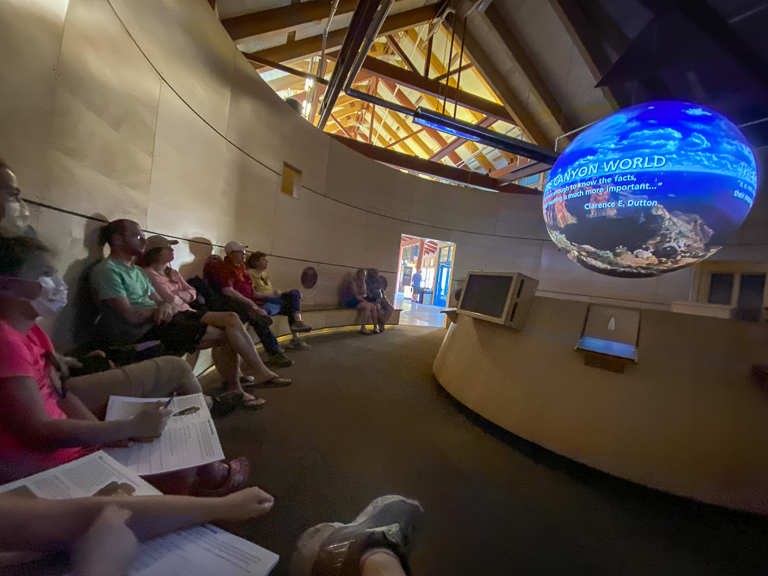 It shows how the Grand Canyon was formed over many years, and how the layers of rock give a history to what was here before. 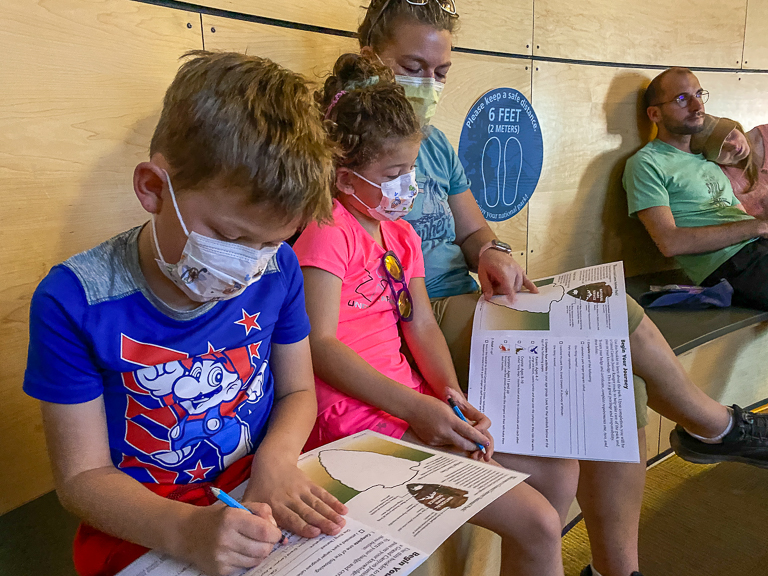 Enough hearing and reading about the canyon. Let's go see it! 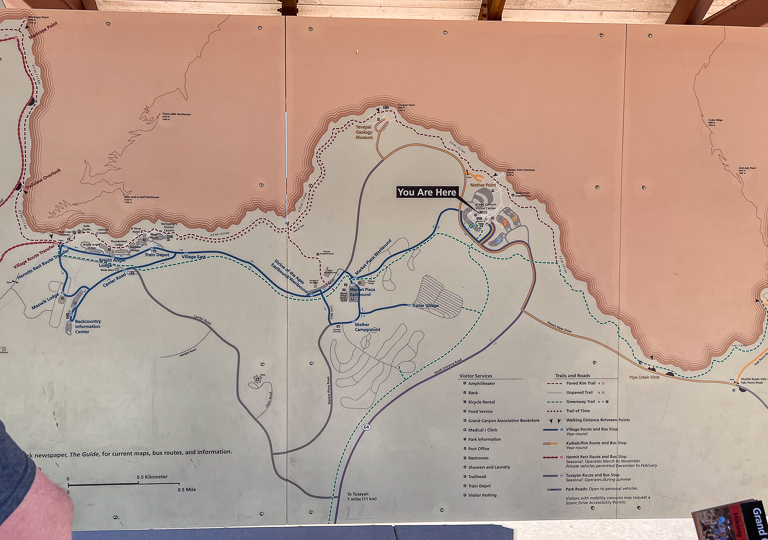 Just outside the door, we came across a bit of wildlife. A mule deer! 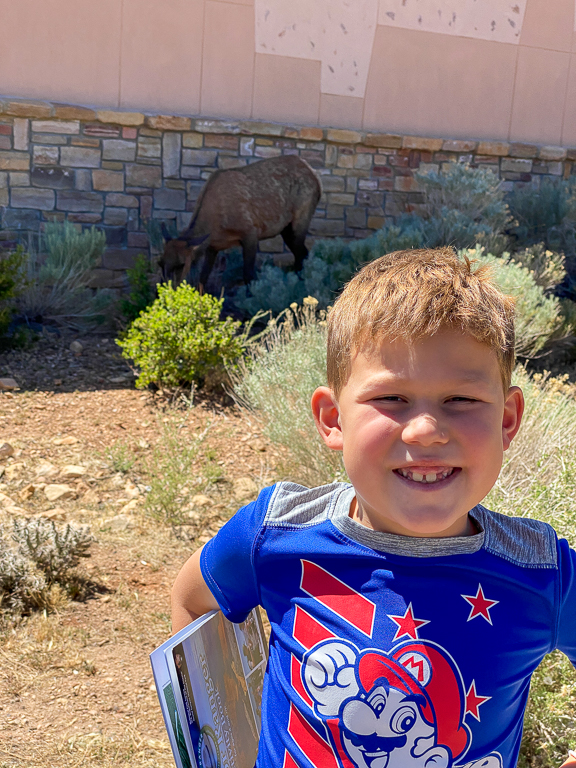 It was a short third of a mile walk out towards Mather Point where we got our first good look at the canyon. 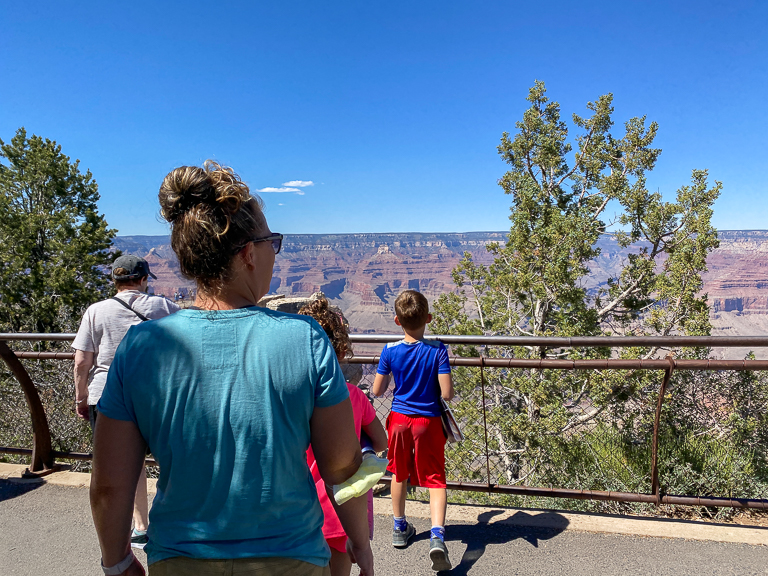 Wow. It almost doesn't look real. I get that feeling like I'm looking at the diorama from the train at Disneyland, but this one extends for miles. 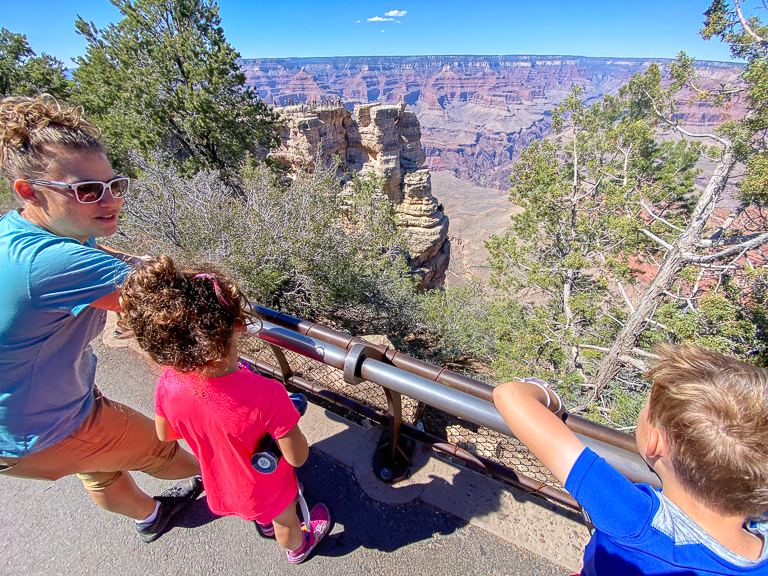 More wildlife, but this one is trying to look all cute. 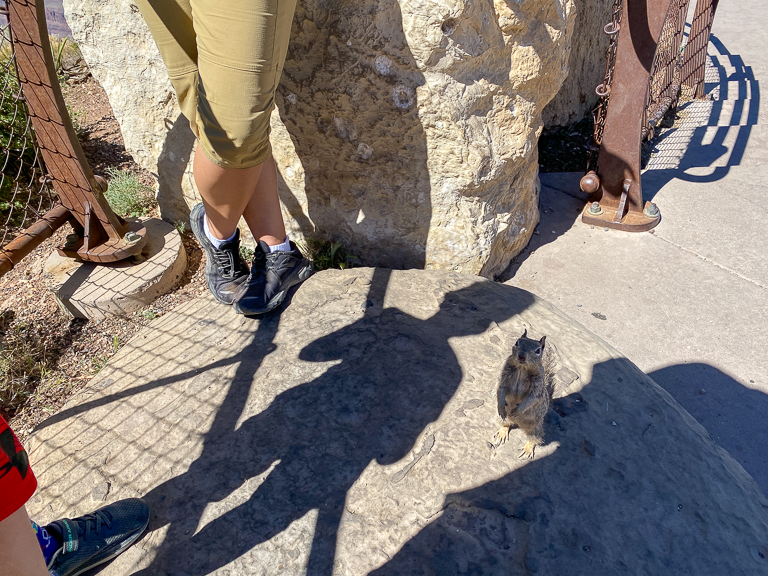 Hoping up on a rock near Mather Point, way far from the edge. 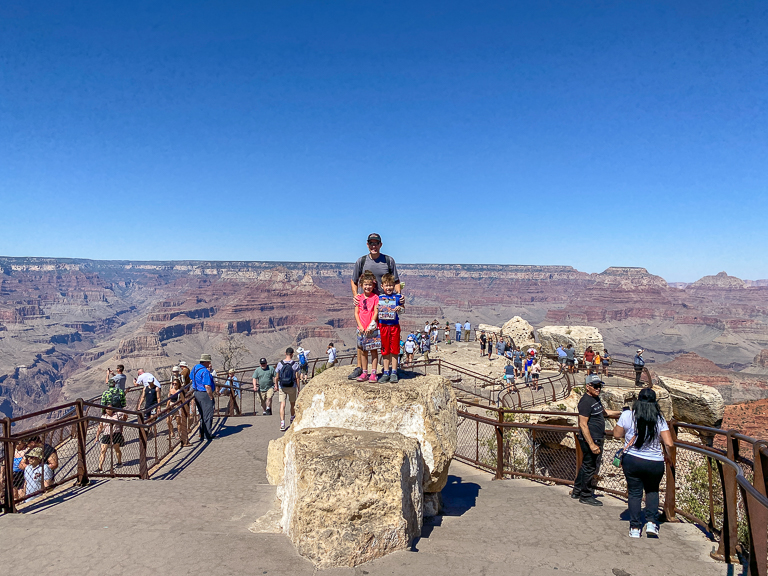 It's crowded, but if you wait long enough and hold the camera at the right angle, it looks like you're alone. 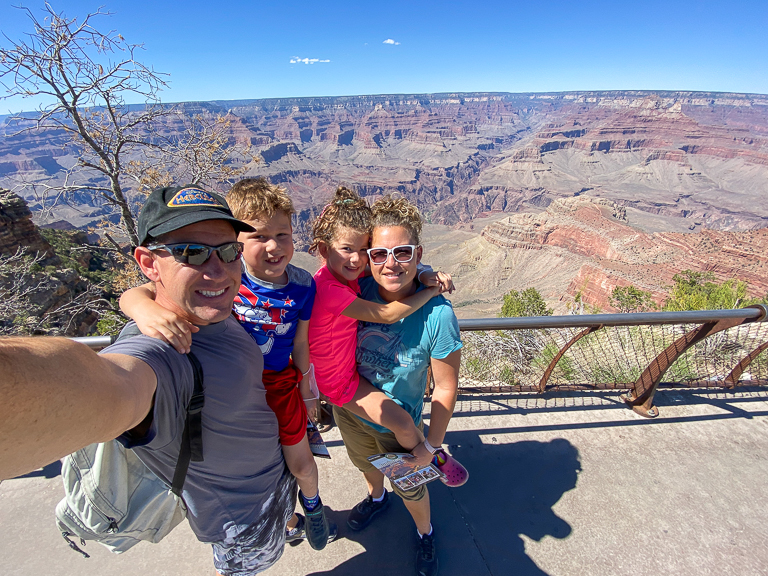 The kids were hard at work on their Junior Ranger books. Many of them involved finding a place and sitting for a few minutes to take in the surroundings. 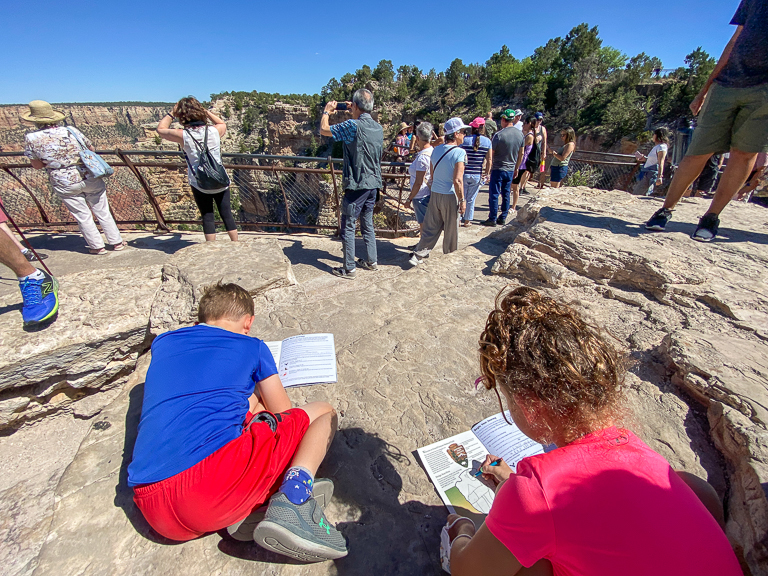 We had to rush back over to Ranger Station by 4pm to get our badges and get sworn in as Junior Rangers. 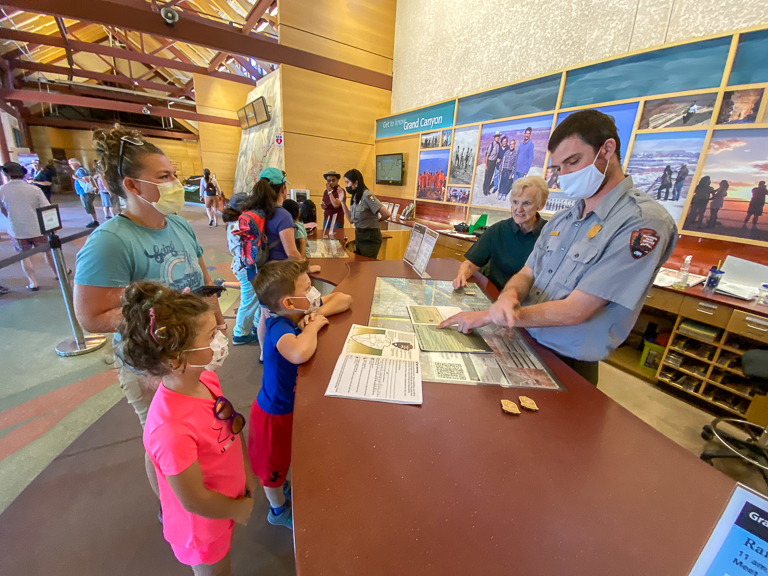 Swearing in.
With badges in hand we could now get back out to the canyon and spend more time enjoying the scenery.

Once you get a couple hundred yards away from the parking lot, all the visitors start to disappear. We opted to take the South Rim Trail over to the Yavapai Geology Museum. Here the kids found the stamps that they like to put in their junior ranger books. 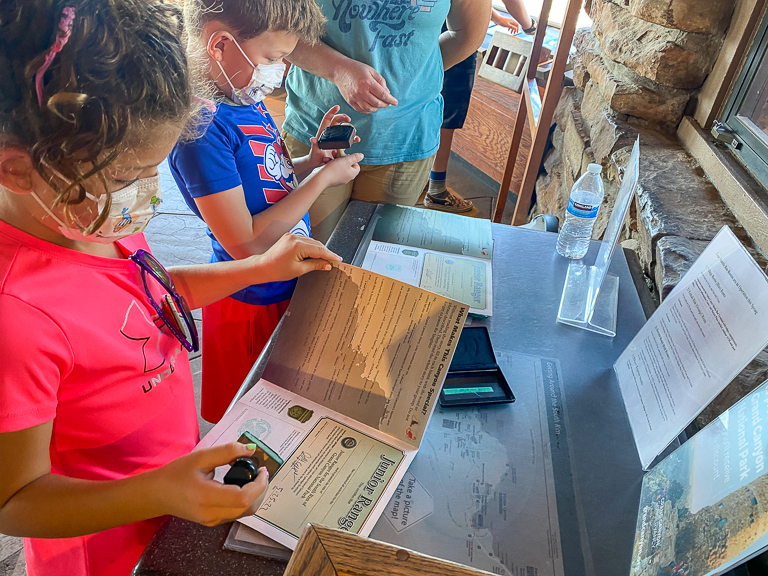 We also got a look at the many types of rock that make up the canyon layers, including fossils of plants and animals. 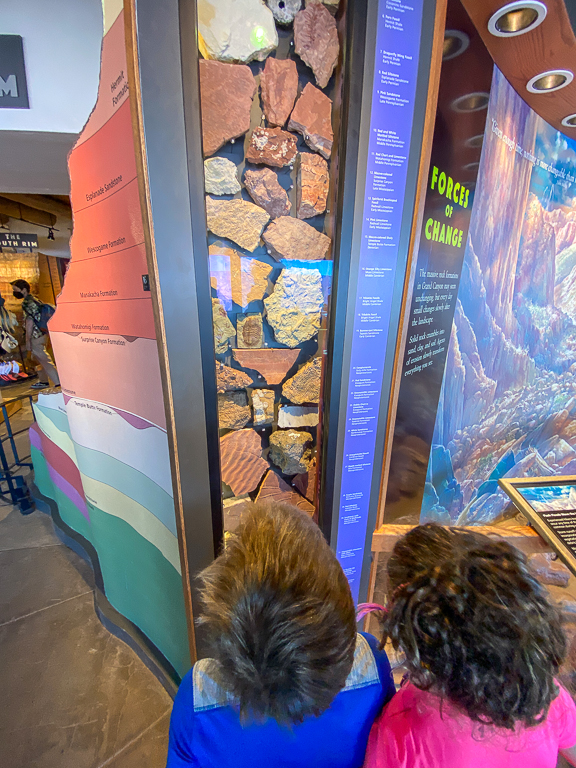 What an incredible natural feature! 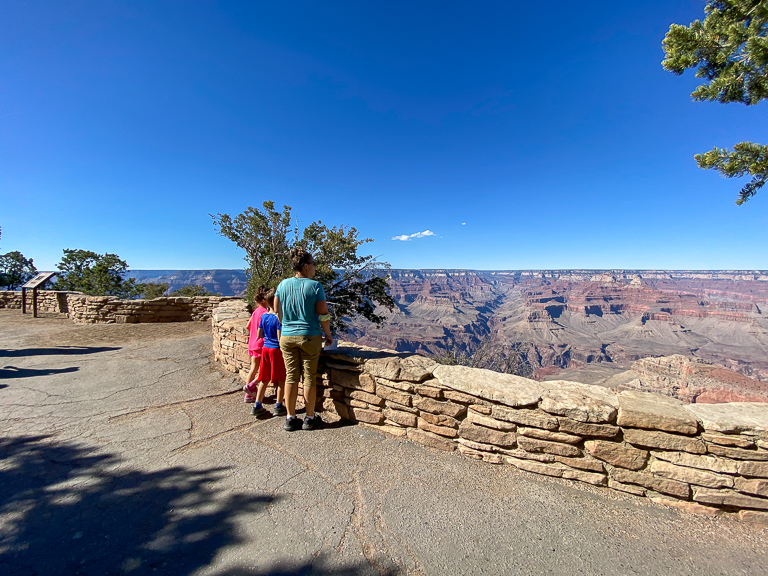 Looking down, we could even see the Colorado River flowing through it. It would be interesting to hike down to it sometime. Perhaps on a future visit. 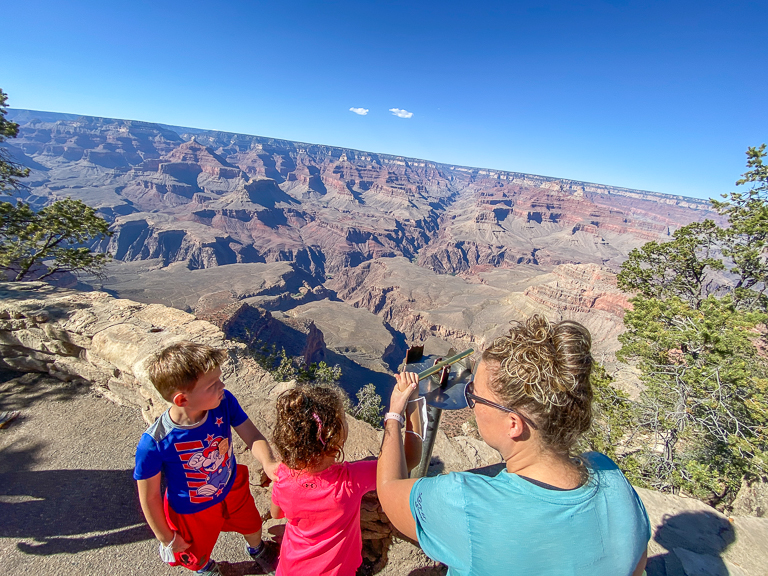 The Grand Canyon was a fun day trip to see. It did take 6 hours in the car to get to and then get home, but it was worth it! 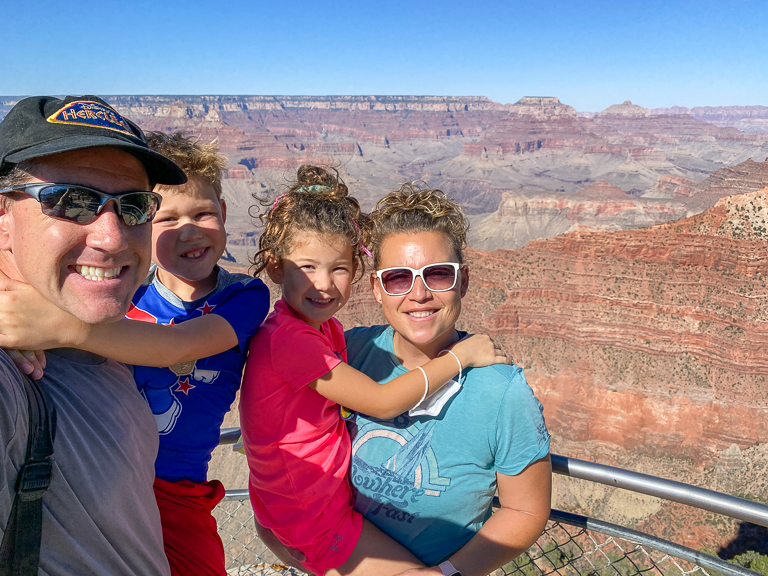