Time for another taste test! I always keep my eye out for new things to try, but my brother Patrick likes to find interesting things too! Earlier this year he found Freetles, freeze dried Skittles, that we thought were even better than the original Skittles! And we know our Skittles! We have tried 56 different flavors of Skittles during our massive Skittles taste test! 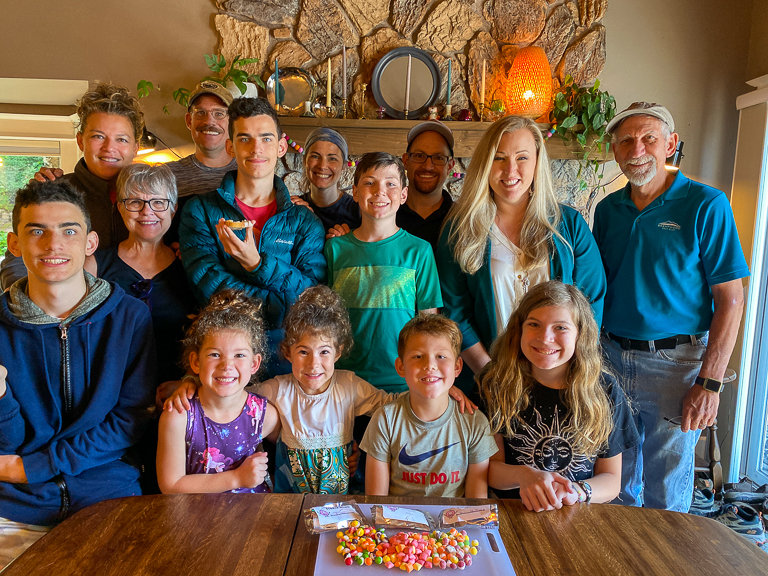 And since we're all getting together in Washington, Patrick wanted to bring a few new freeze dried treats. Today we have freeze dried Starbursts minis, Skittles, and Sour Skittles! 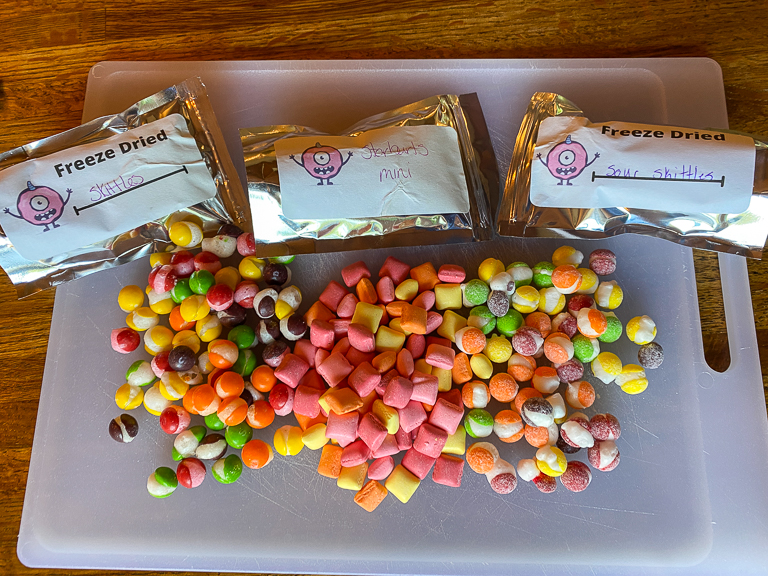 I wonder why they used Starburst minis instead of the regular Starburst candies. Maybe because the minis aren't individually wrapped. 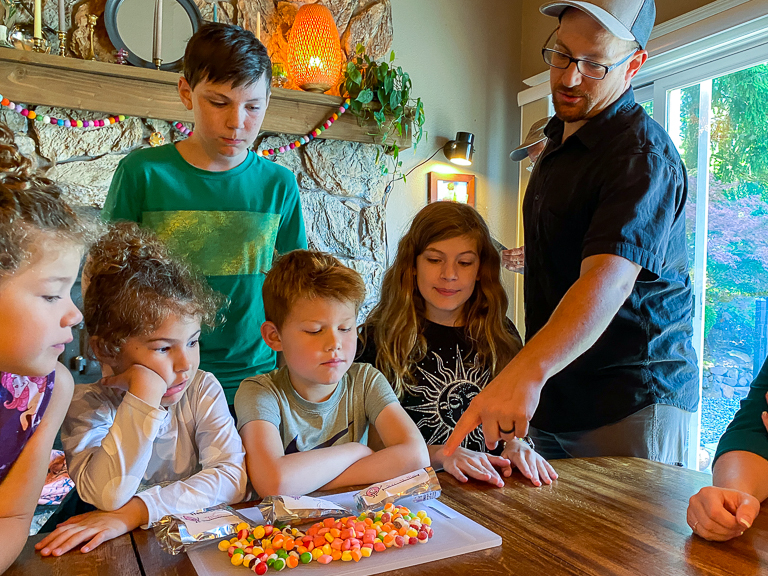 He got them from a food truck in the neighborhood called "Monsters Mini Donuts". They sell freeze dried bags of candy for $7 a bag, or 4 for $25. 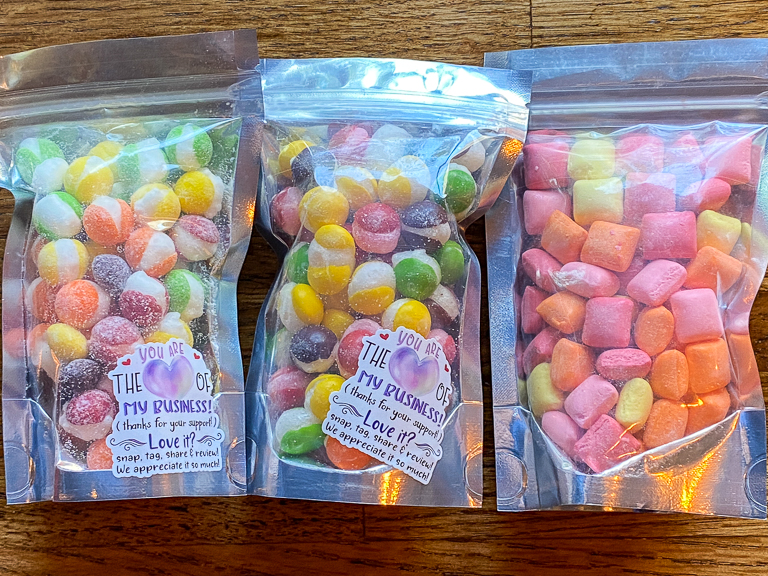 I know I'm going to love the freeze dried Skittles. Those were amazing! 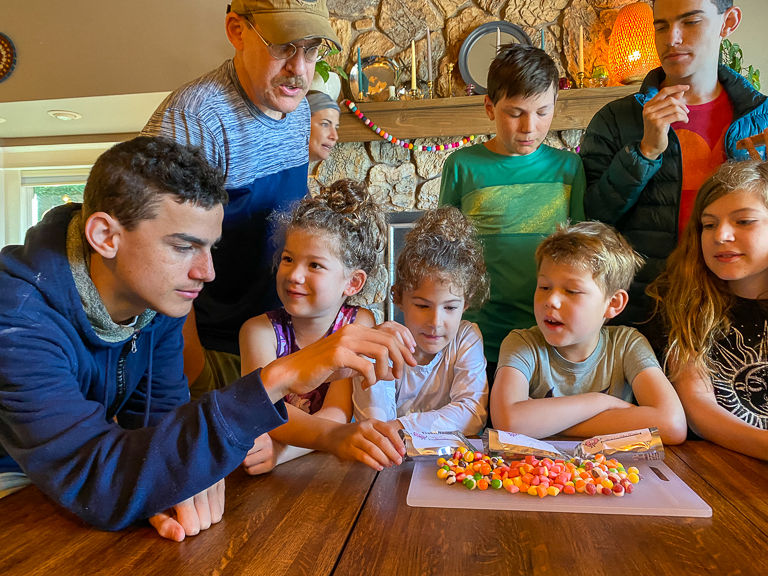 These mini Starbursts though are interesting. They didn't "puff" as much as the Skittles did. Pick your favorite flavor! 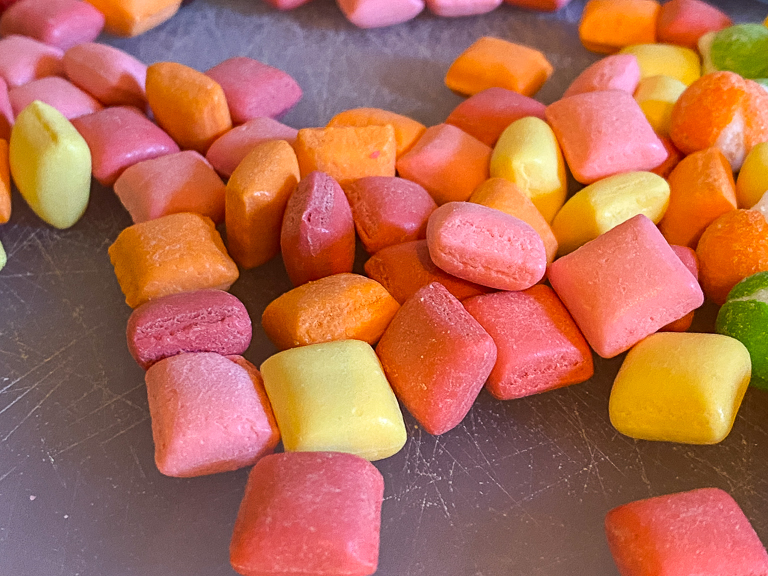 Put them in your mouth and... CHOMP CHOMP CHOMP. Oh my. These are too hard and crunchy.
Ian - Those are too hard.
Joe - My teeth hurt.
Megan - They taste stale or something. And they have a dusty aftertaste.
Theresa - Eww!
Joe - I'm glad they used the minis because the large ones would be like rocks.
Theresa - I think we need to buy a bag of the mini Starbursts to see if they have the same flavor as the original ones. Sometimes they mess up the flavor.
Avery - I don't like the Starbursts. 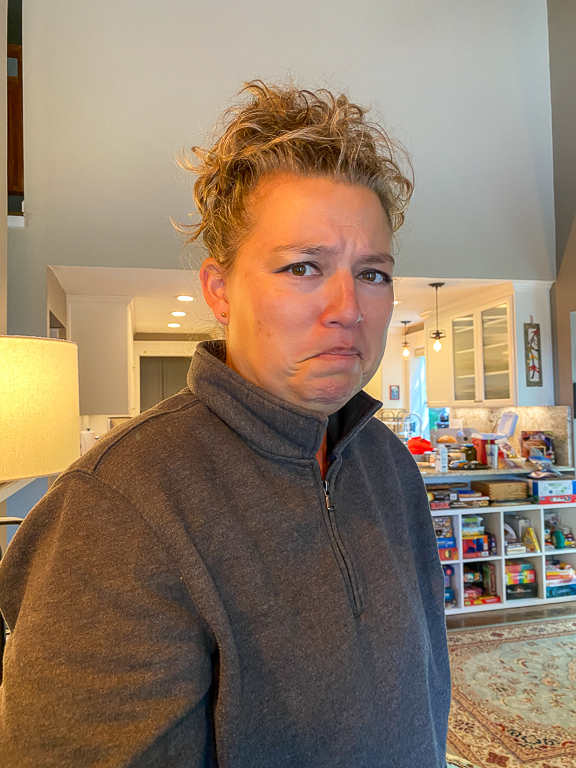 Time for the Skittles! 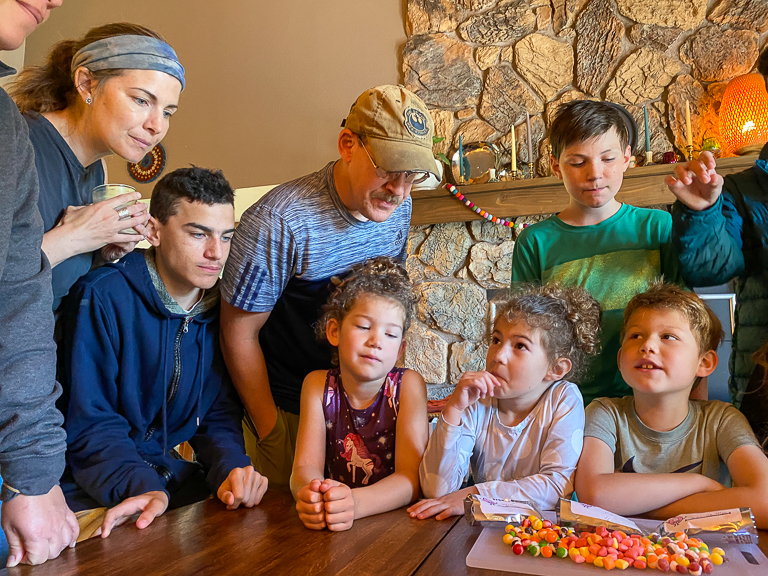 Eli - Those are better than regular Skittles!
Joe - See!
Megan - Freeze dried are the best!
They are crunchy, but they dissolve without too much effort.
Josh - It's like a frozen blueberry. 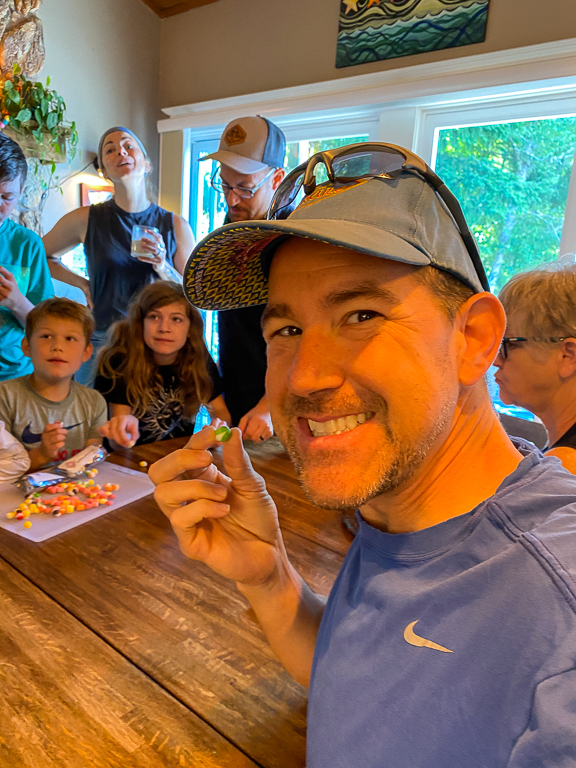 I could eat these all day. 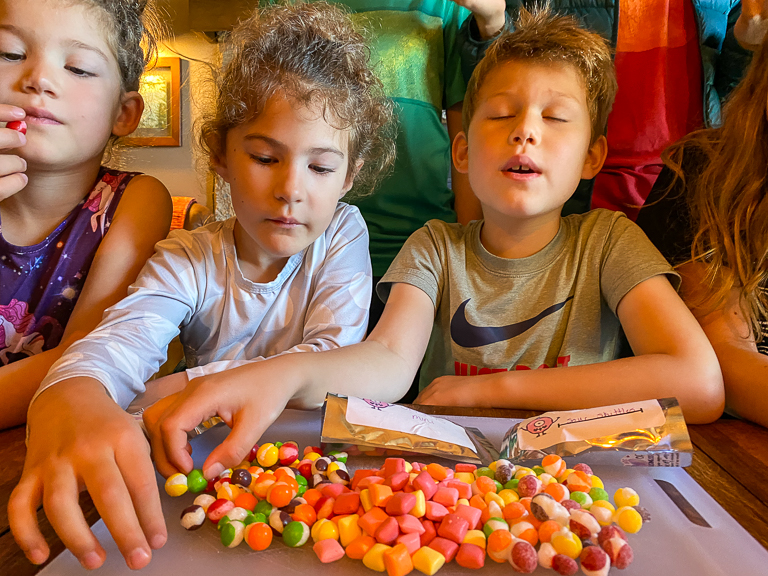 And the Sour Skittles? Those were my favorite version of Skittles and we tried 16 different versions! 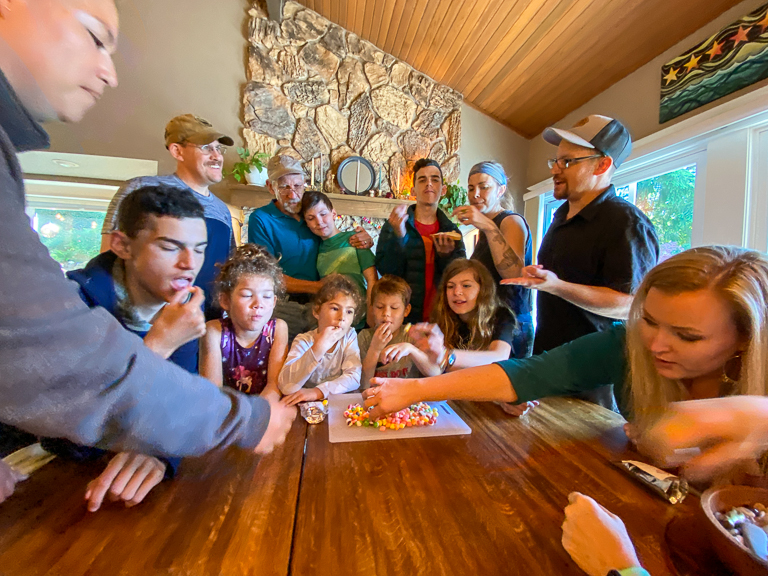 Joe - Those are really sour!
Theresa - It's like they're extra sour. I've only had two and my mouth already hurts.
Even though I like the original Sour Skittles candies, the regular freeze dried Skittles are my favorite. 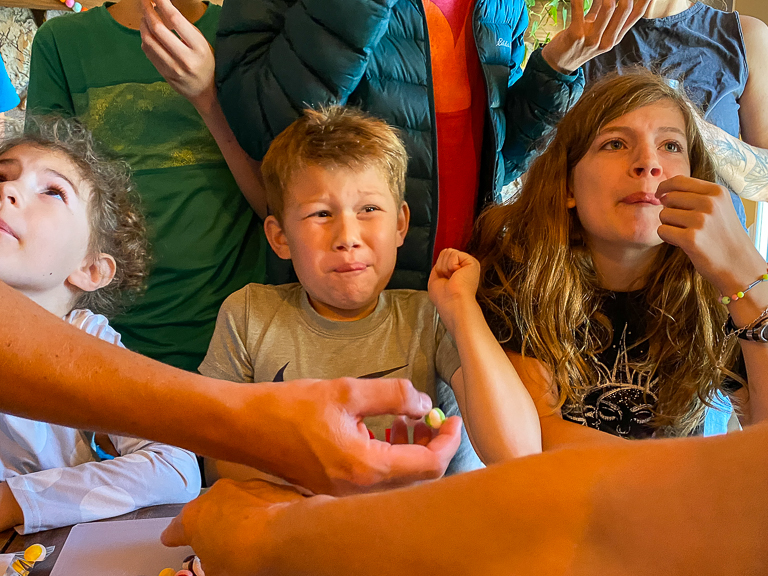 Well I'm glad we tried the freeze dried Starburst minis, but I don't think I need to have them again. Those Skittles though. They are delicious!
Patrick and Megan, I think you need to buy a freeze drier! 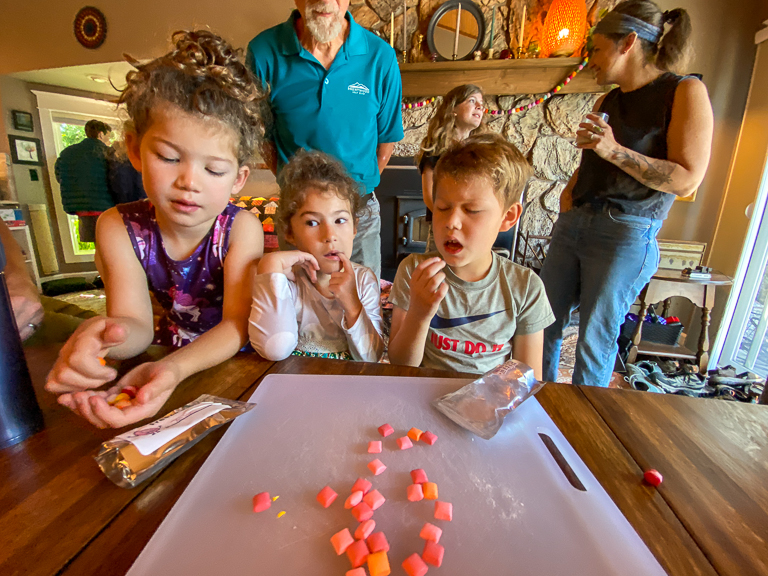