Sheila - We had a lot of Cheerios left over at the house after that...

Since then, I have groaned whenever I saw a new version of Cheerios released, because it meant that was one that I didn't get to try in our big taste test. No matter, we'll just save the new flavors until we're back together again to try them.

Who here likes banana flavored things? Just Jon and Megan apparently. I'm definitely in the opposite camp. Banana flavored foods and candies are among my least favorite. Will these Cheerios be good or bad? Let's taste them and see! 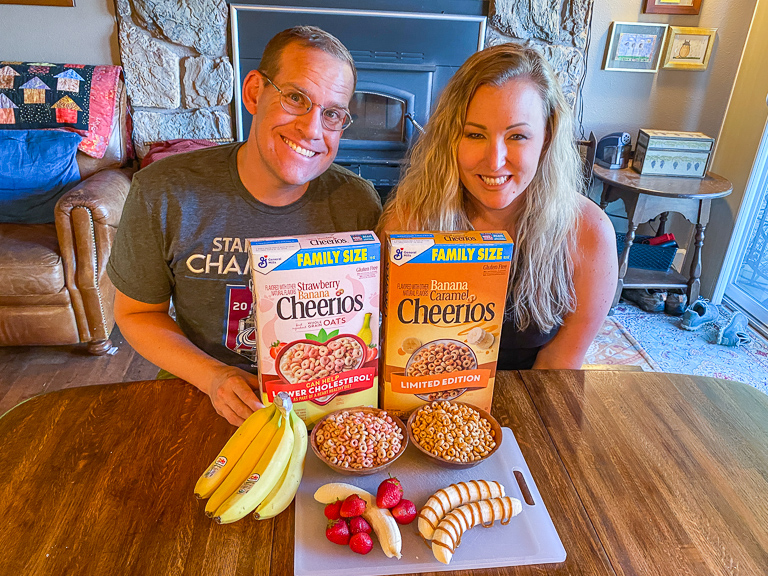 And because it's kind of what we do here, I'll be comparing them to the flavors they claim to be. There's Strawberry Banana as well as Banana Caramel. 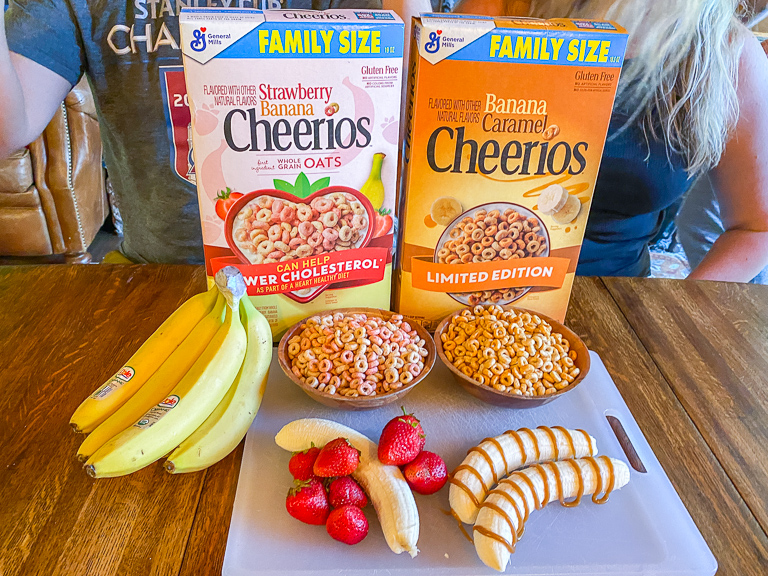 The back of the boxes. 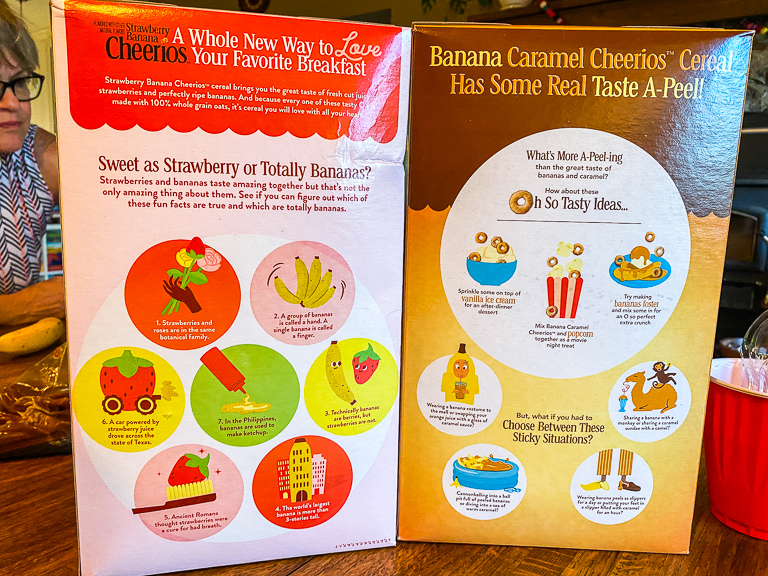 We have our Strawberry Banana Cheerios. 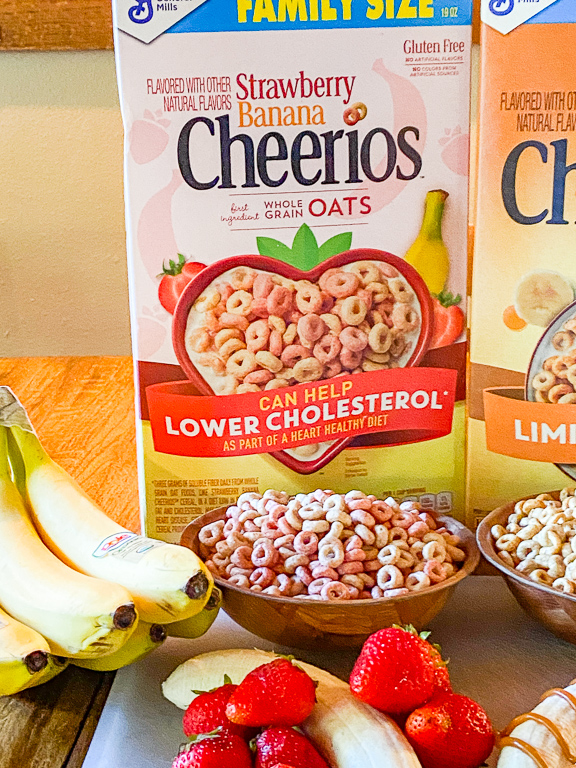 There are two colors of Cheerios, pink and plain. 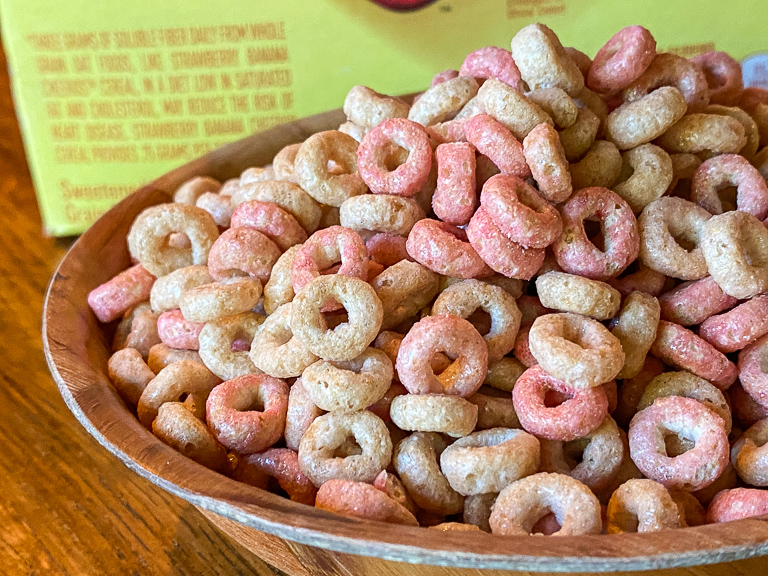 My setup, ready for photos. But the bananas are missing something. 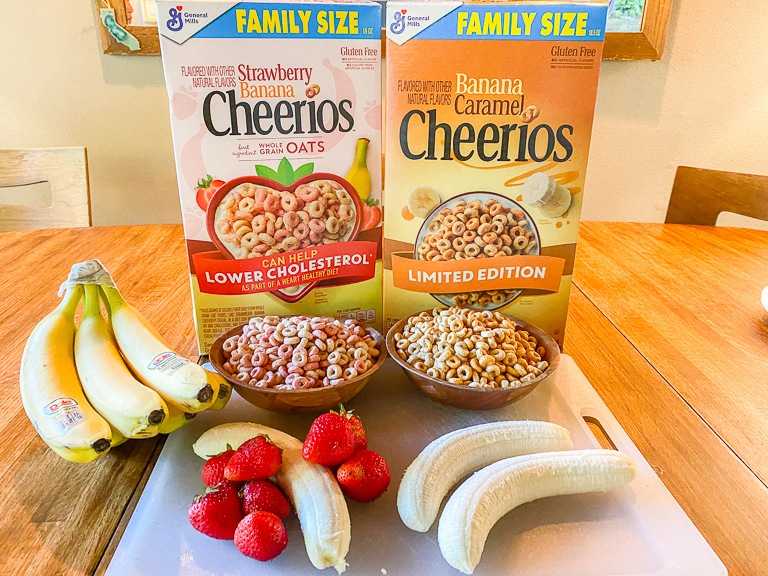 I whipped up a batch of homemade caramel to drizzle over the tops of our fruits today. Just takes butter, brown sugar, corn syrup plus a little heat to make this tasty treat. 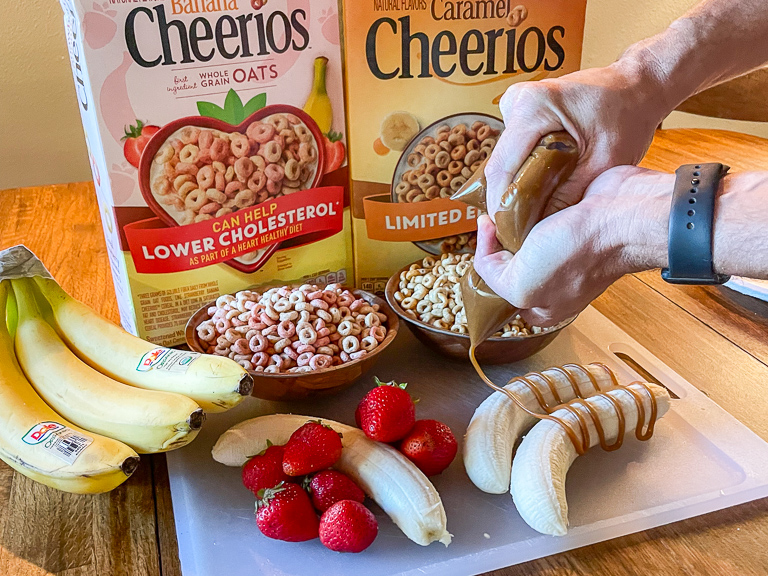 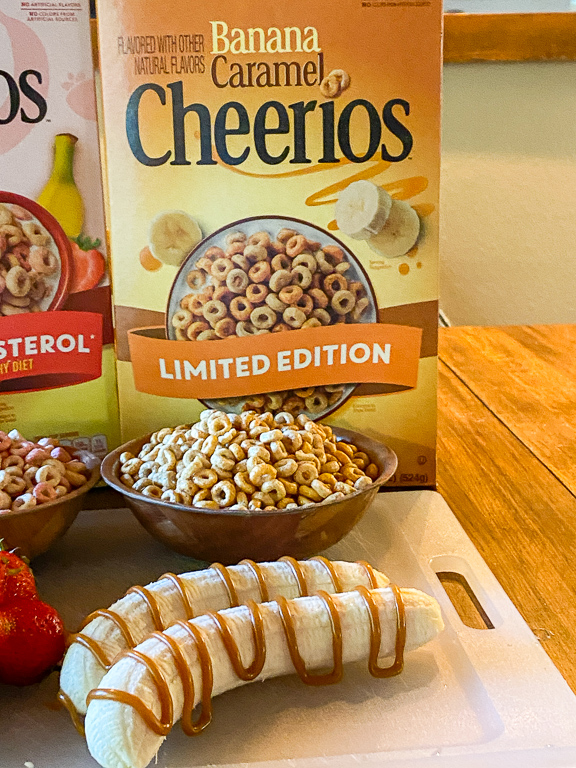 Our Banana Caramel Cheerios look to be a mix of dark and light Cheerios. Almost like the Multigrain ones. 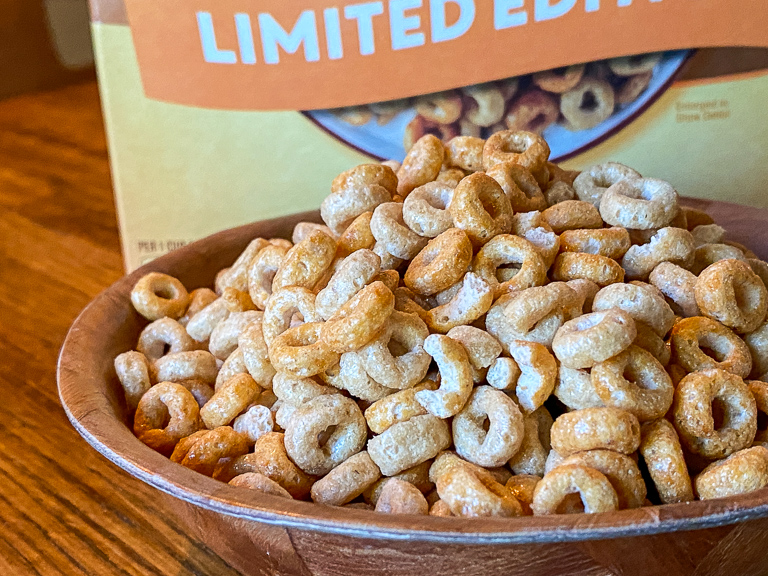 Megan is claiming all the banana things for herself. 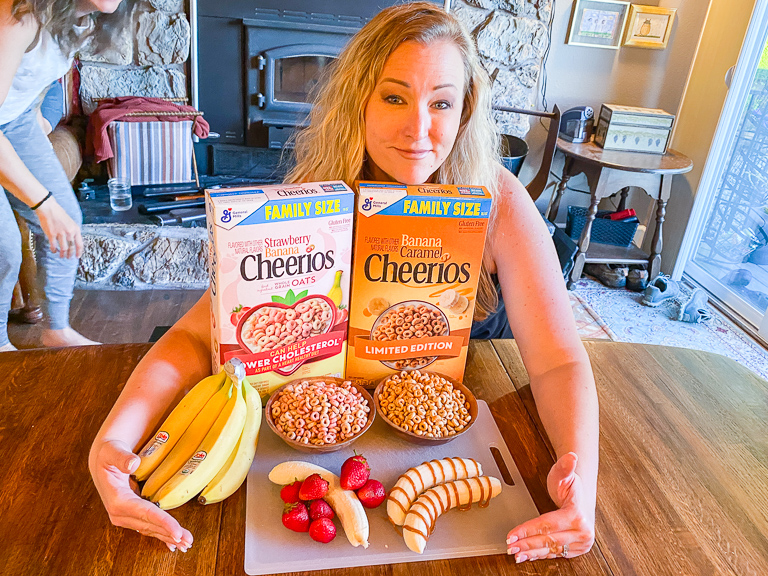 Let's try the Caramel Banana cereal first!
Jon - I don't taste banana or caramel.
Megan - It tastes kind of like Honey Nut Cheerios.
Jess - It tastes like someone TRIED to make caramel and banana, but out of chemicals.
Jon - If you didn't tell me, I would not have guessed either banana or caramel out of that.
Theresa - It's almost like a mixed berry. 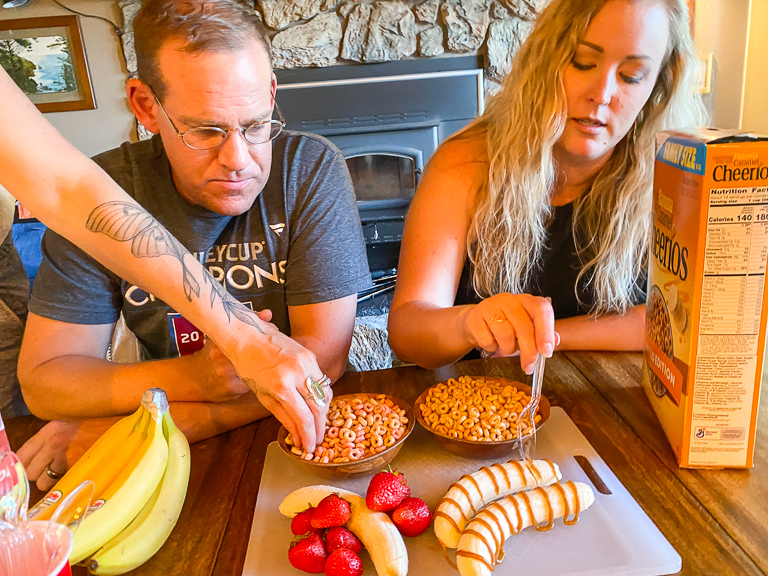 Jess - It's a little like Lucky Charms, but is missing the fun of the marshmallows.
Megan - The caramel banana Cheerios are good. They don't taste like banana, but they are acceptable.
Patrick - If I didn't see the box, I'd say those were Multigrain Cheerios. 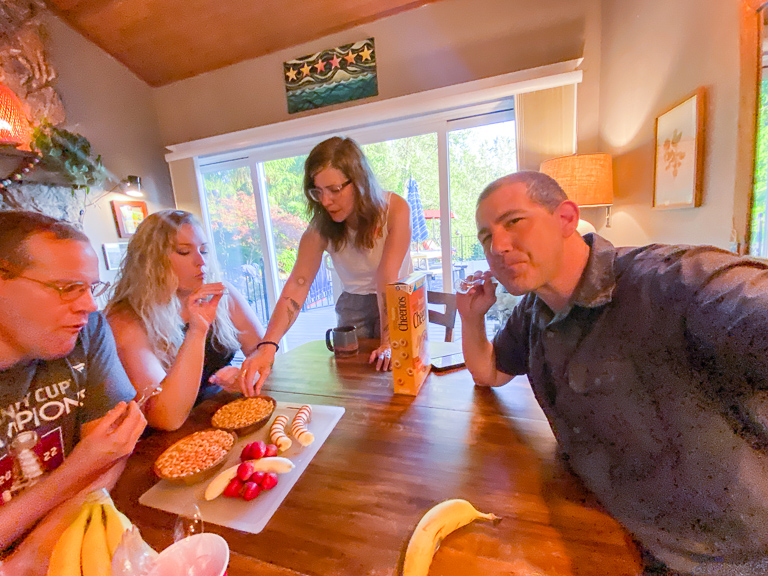 And how about the real bananas with caramel on them?
Megan - I need more caramel on my banana.
Jess - The caramel bananas are delicious!
Jon - I can eat those. 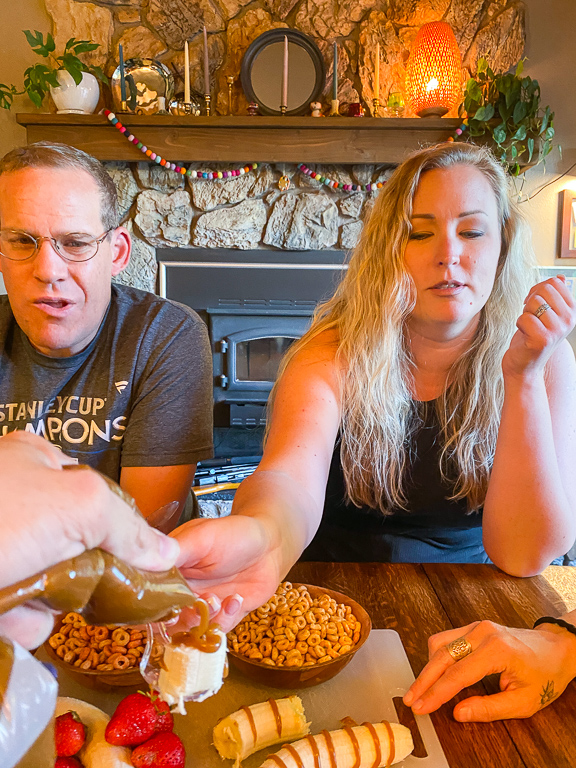 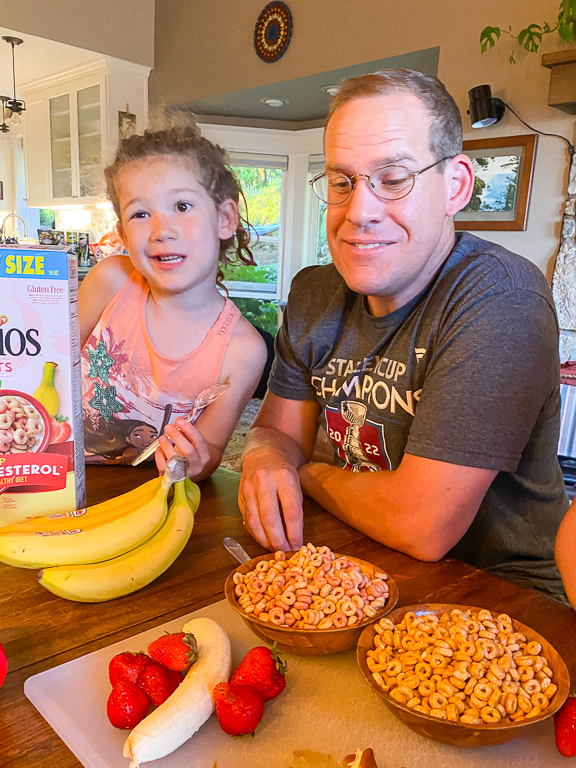 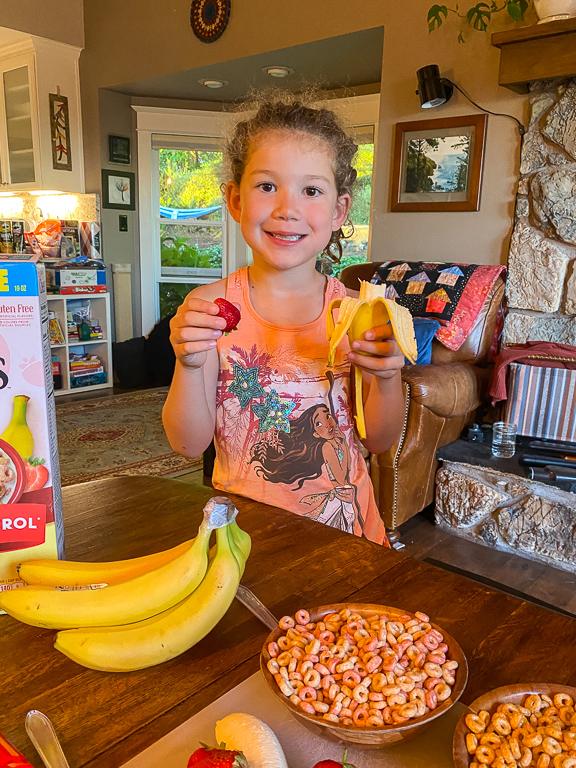 And the real Strawberries and Bananas? They are good by themselves! A very complimentary pair of fruits. 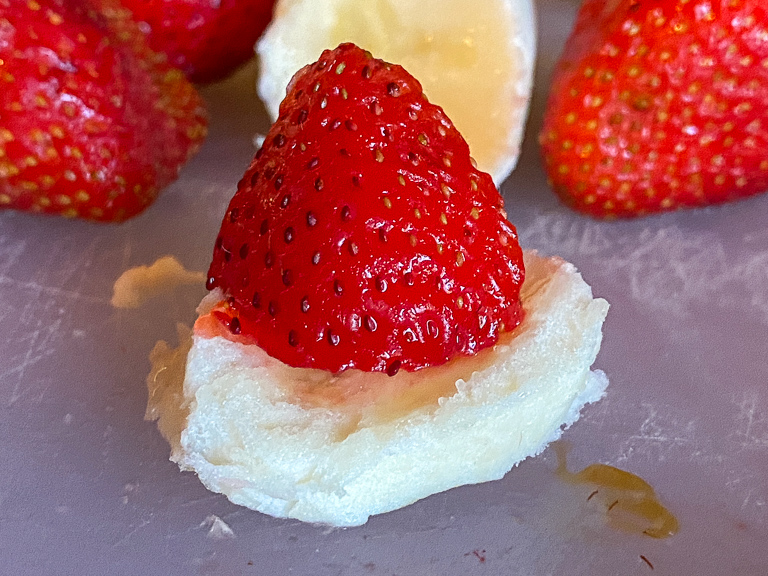 Joe - How are the caramel banana Cheerios with milk?
Megan - It tastes better with milk! Still not like bananas, but better.
Joe - And what about the strawberry banana ones?
Jon - The sweetness comes out more when you add milk.
Sheila - You have to describe it more for Joe. He's recording so he can write it down later.
Jon - The notes of fruit are heightened in the milk. 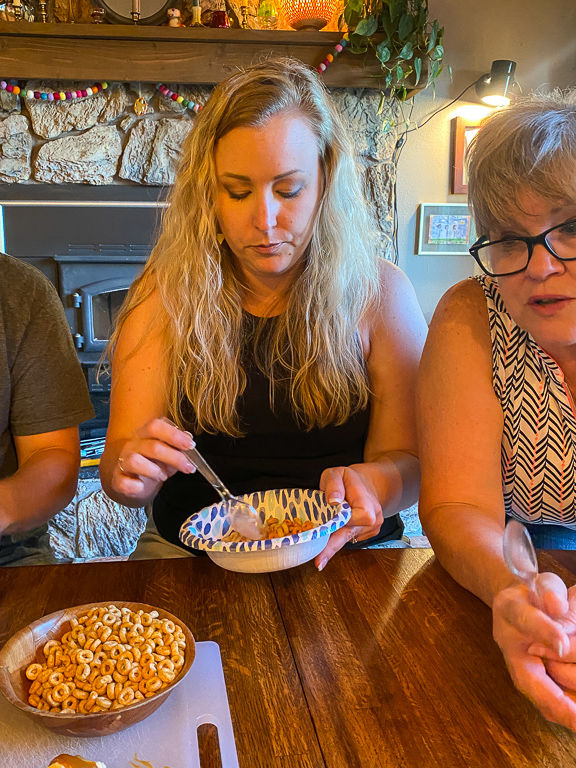 Ian - That's weird. But better than the caramel banana.
Alli - I like the strawberry ones better too.
Jon - Are the pink strawberry Os different than the regular Os?
Yes. But it's hard to say if the regular Os are banana flavored or not. We think they've picked up a bit of the flavors from everything else. 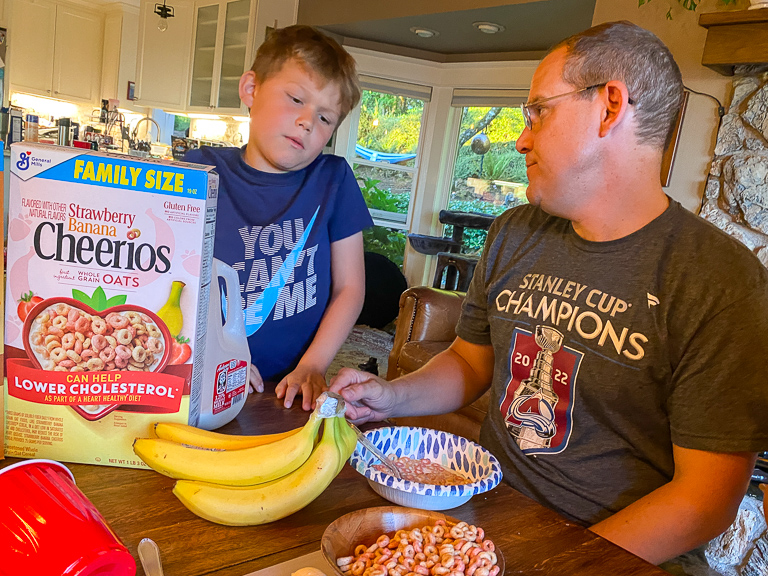 The Caramel Banana Cheerios cereal was just okay. Nothing special and the flavors didn't particularly stand out.
The Strawberry Banana Cheerios was a nice surprise. I think most everyone enjoyed them. 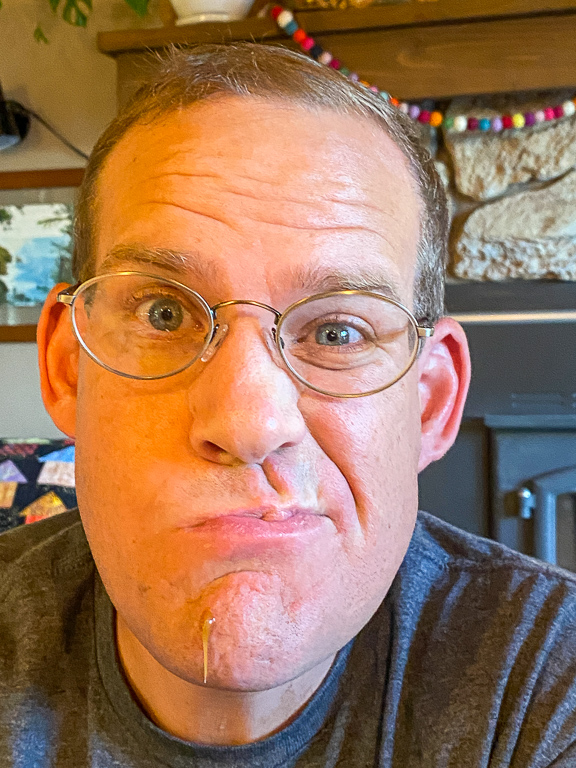 Sheila - The fruit wins out over all of it. 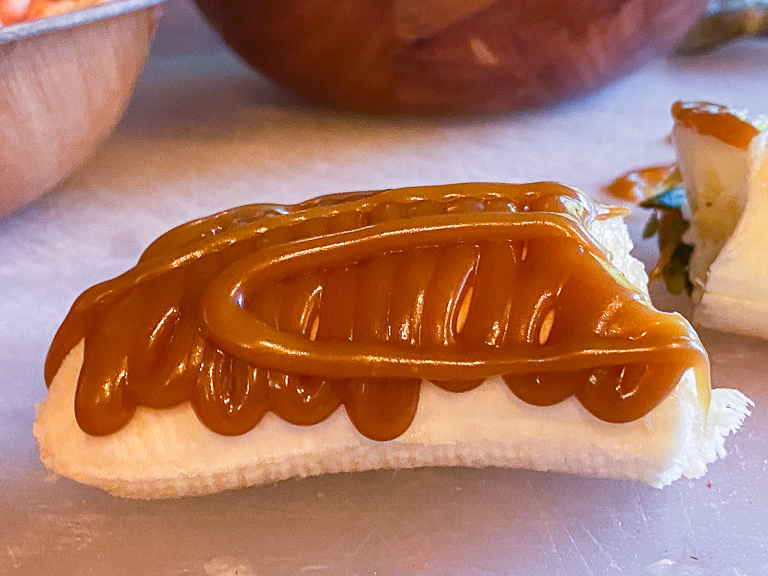 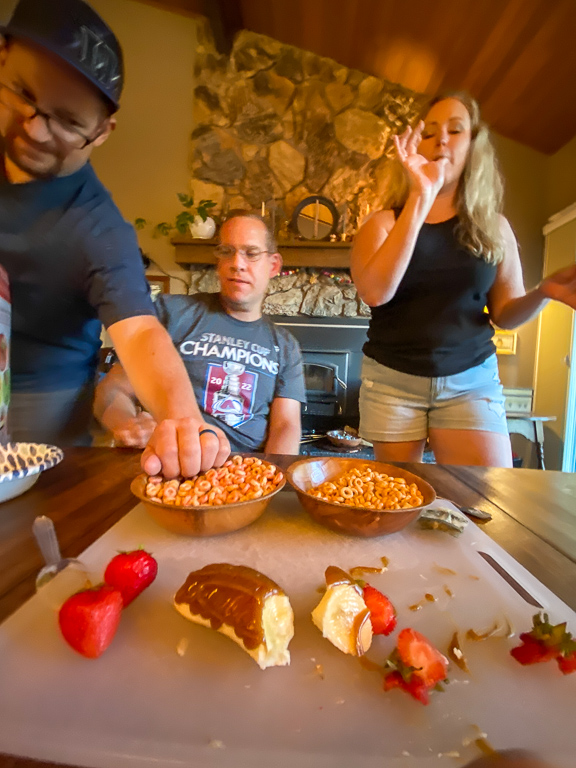 And by the end, we were putting caramel on strawberries, adding banana to the mix, and doing all the other combinations we could think of. It was a fun taste test! Now to go see if Cheerios has released anything else new (Spoiler: yes they have!). 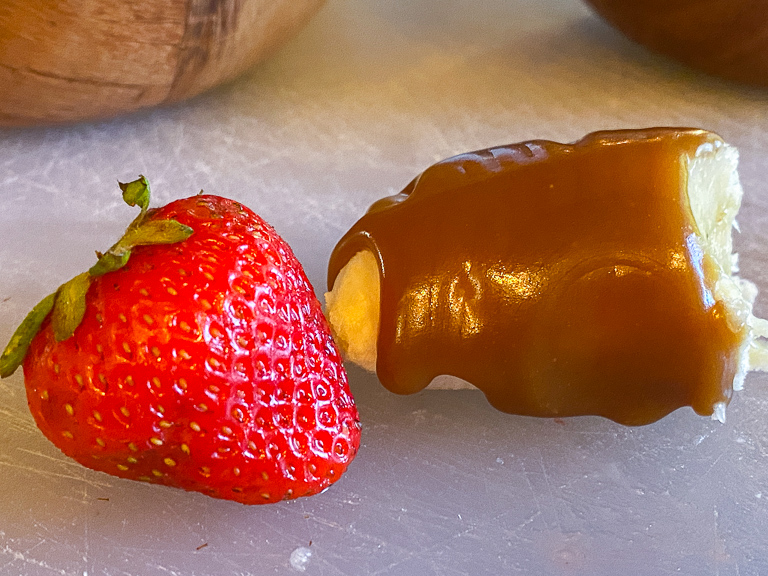