Happy Sunday! This week we're in the great state of Washington! What is Washington known for? Cherries of course! Today I'll be making two different kinds of cherry pizzas! 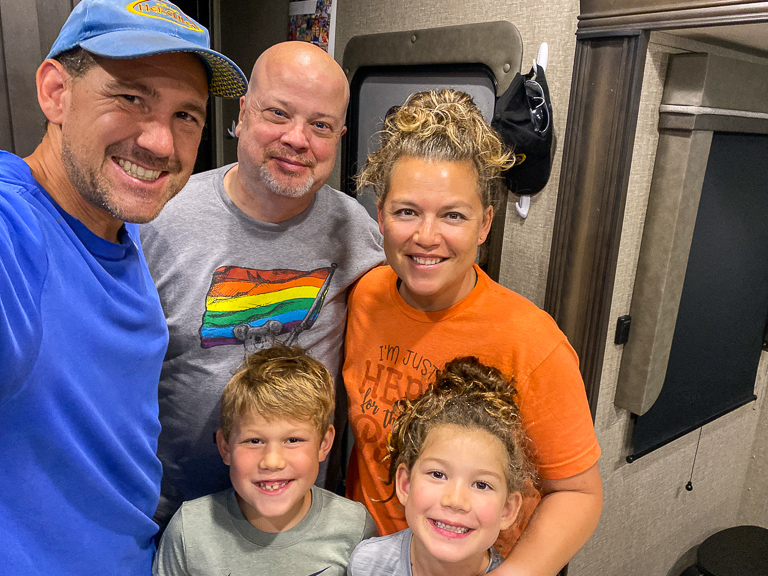 And even better, we're having pizza dinner with a friend! Todd is a former co-worker from Southern California who moved up to Seattle, and he almost always comments on my interesting pizzas I make every Sunday. He even suggested a few, including the Cereal Pizza from a year ago. I thought it was awesome he could join us for pizza day! 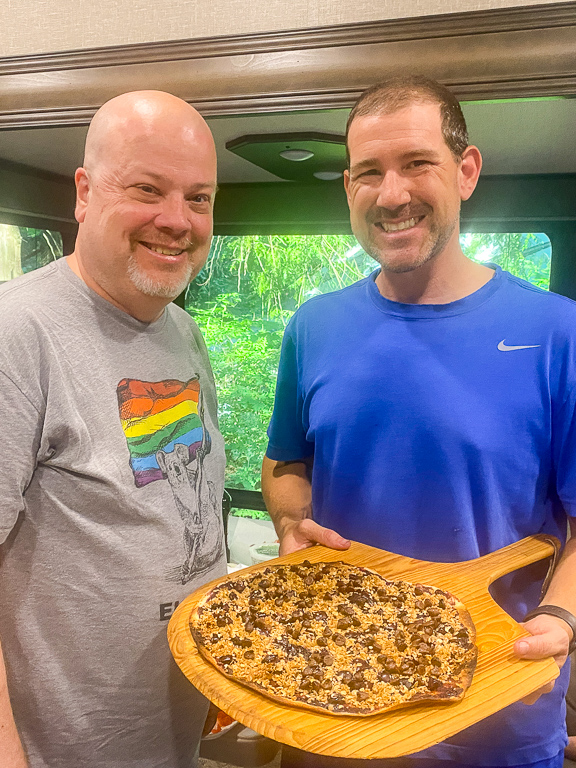 Not only that, but he came bearing gifts! For Ian, he found a local place called Ian's Pizza and got him a bucket hat! 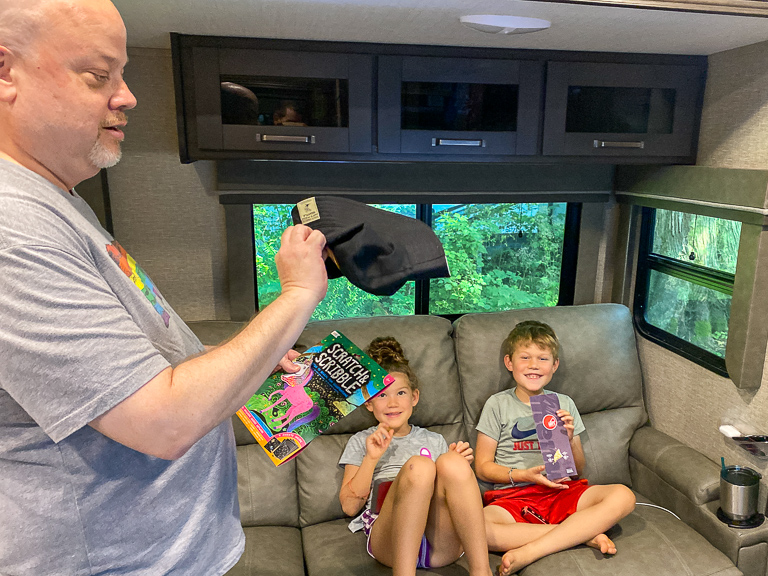 And he heard Alli likes unicorns, so he got her a unicorn sticker and some magic coloring pages. Cool! 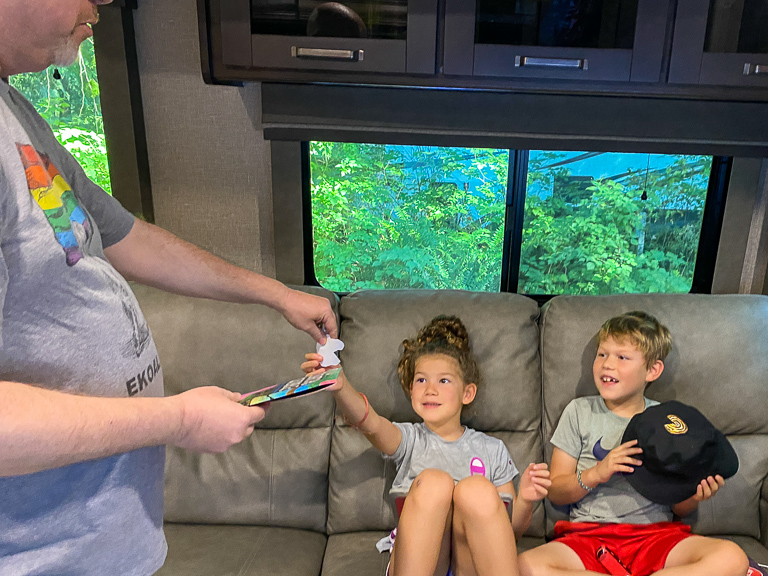 And now let's get on to the cherry pizza! These cherries look amazing! 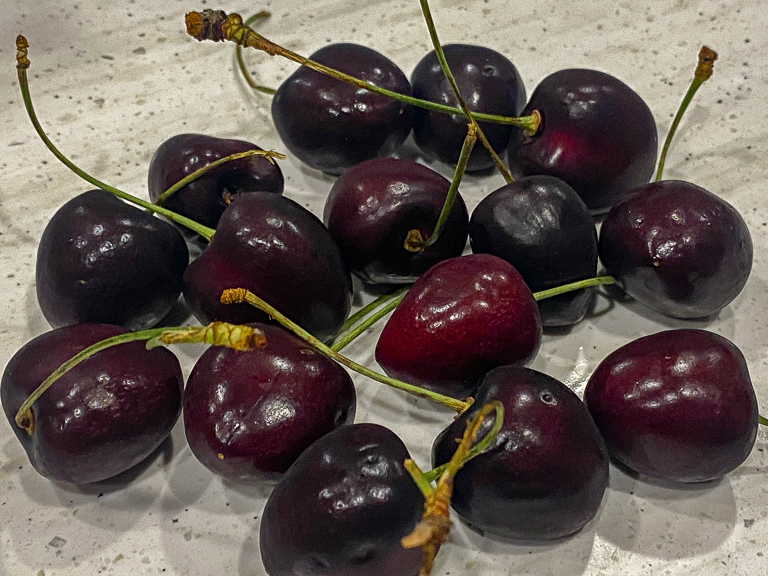 We're going to use these in a couple different ways, but first I need to remove all the pits. They're so juicy with a dark red color. 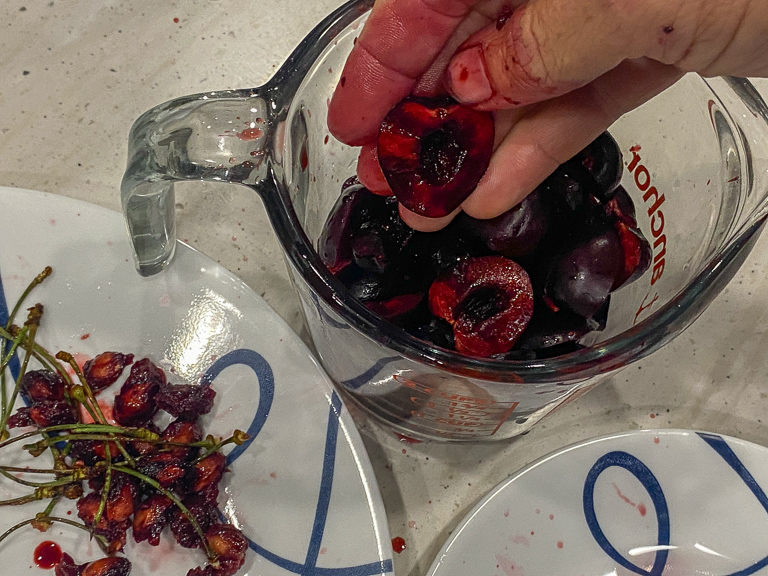 I added a little sugar and grabbed my immersion blender. 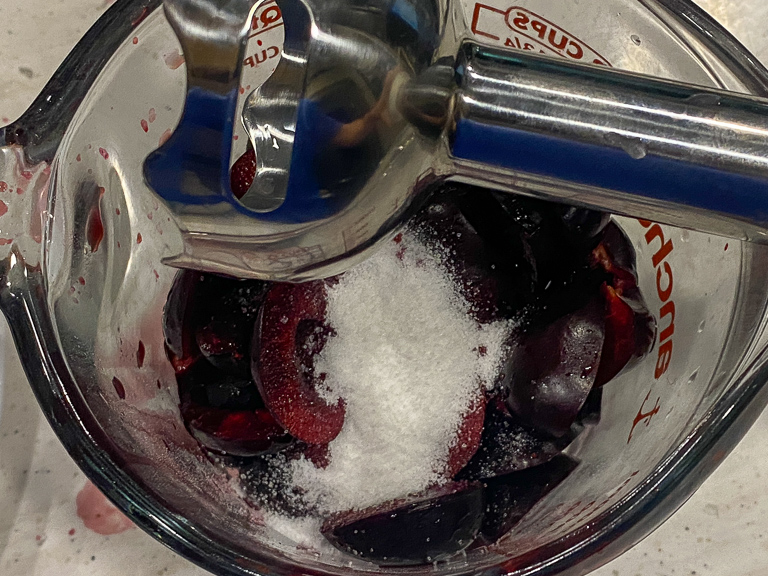 I thought the resulting mixture would be a little thicker, but the cherries are so juicy, it just turned into cherry juice. 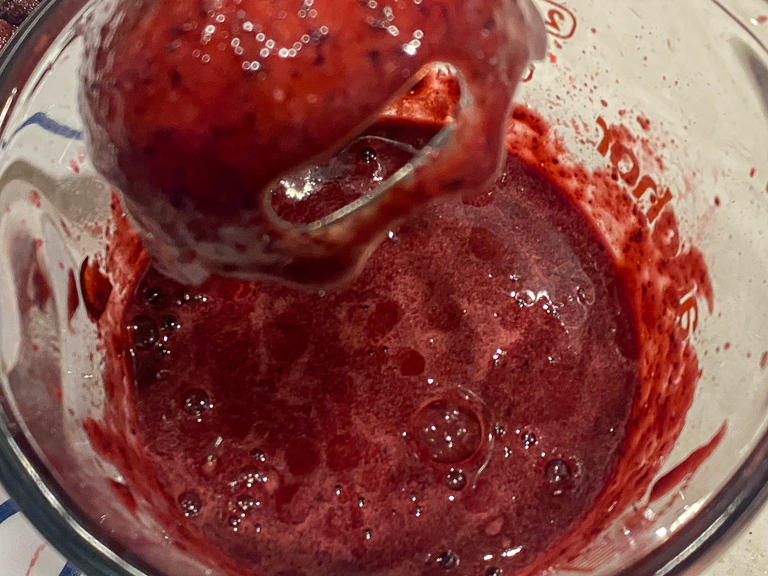 I took the juice and added some heat as well as a little corn starch to thicken things up. 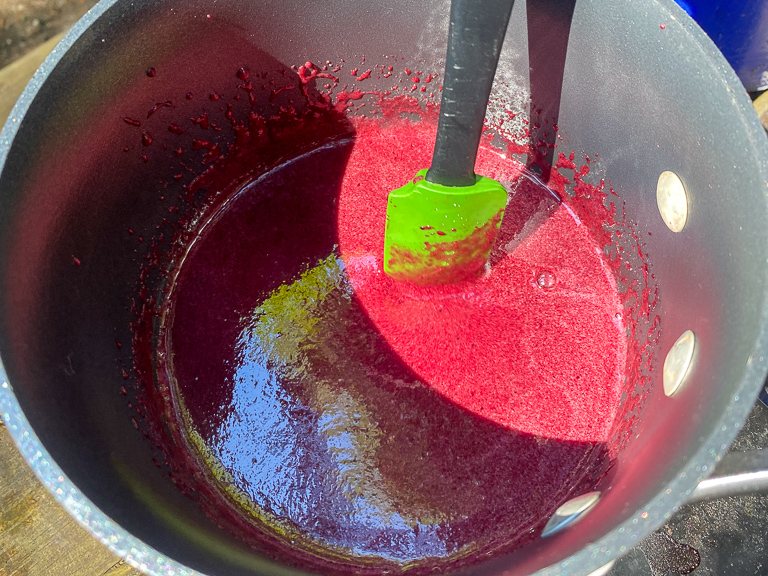 The topping for tonight's pizza is made of oats, butter, brown sugar, cinnamon, and salt. 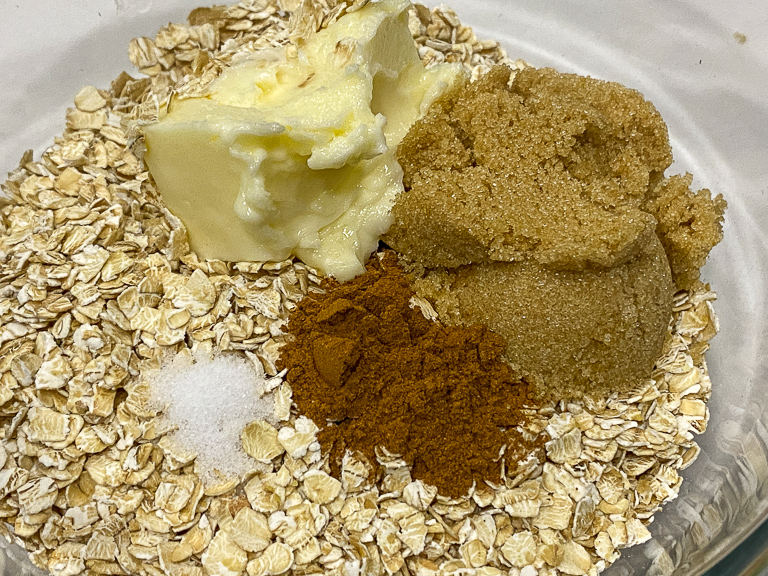 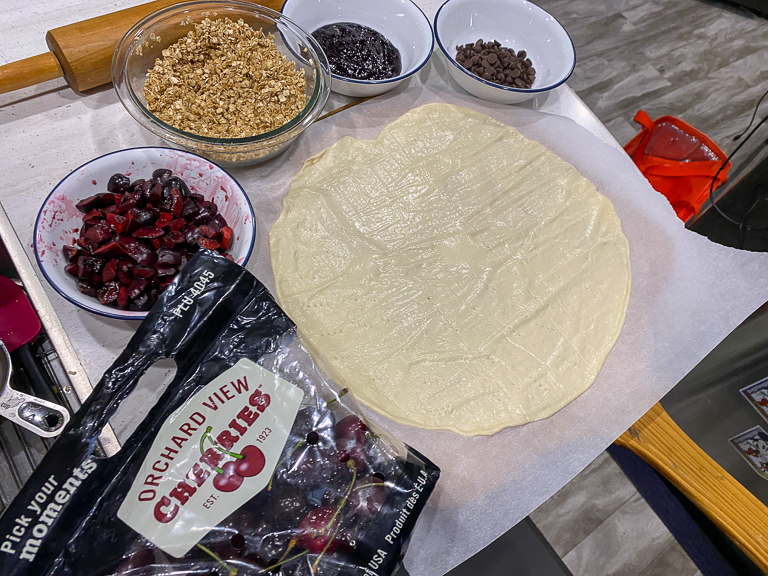 The cherry sauce went down as the base. 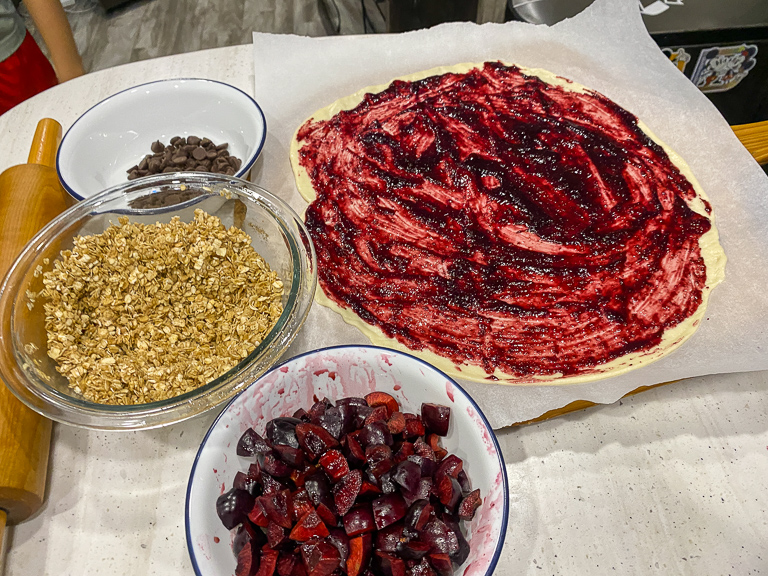 Then got topped with cherries and the oatmeal mixture. That went into the pizza oven for 8 minutes. 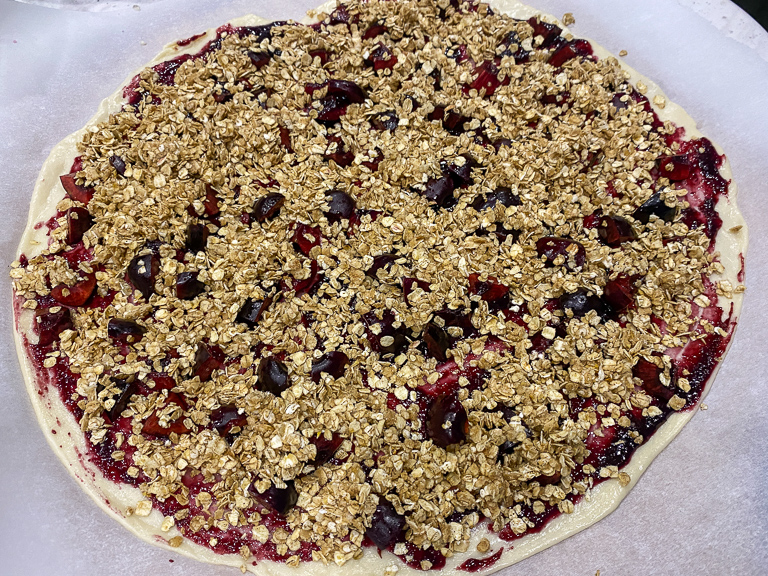 With a few minutes left of cooking, I added a few chocolate chips. 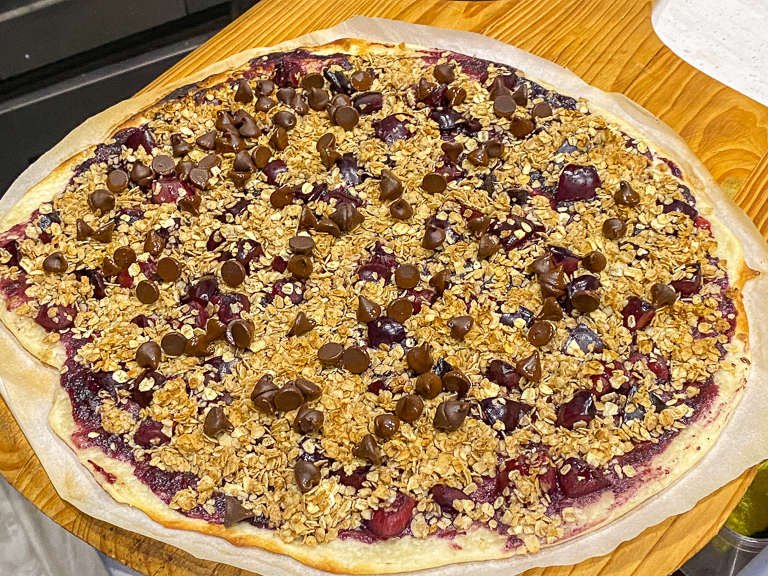 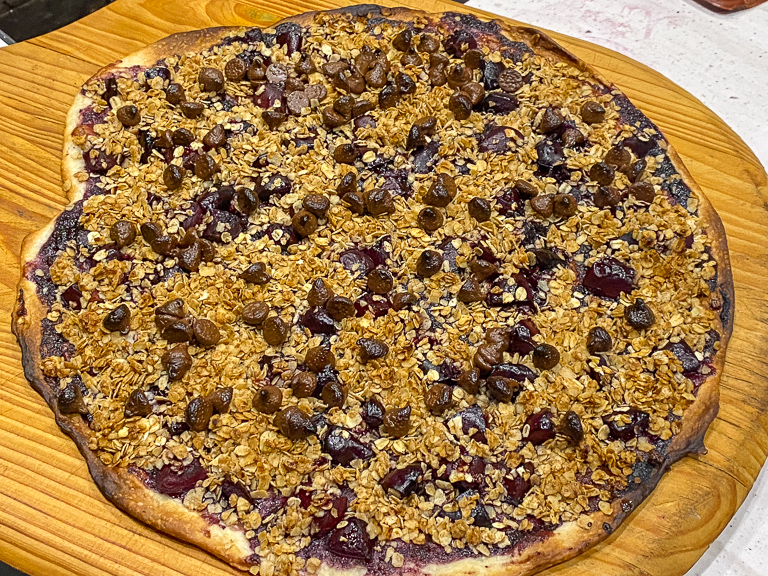 For our second cherry pizza, I'm mixing things up a little. I used a cheesecake mixture for the base, added my chopped cherries, then made a ring of oatmeal crumble and a center of streusel topping. 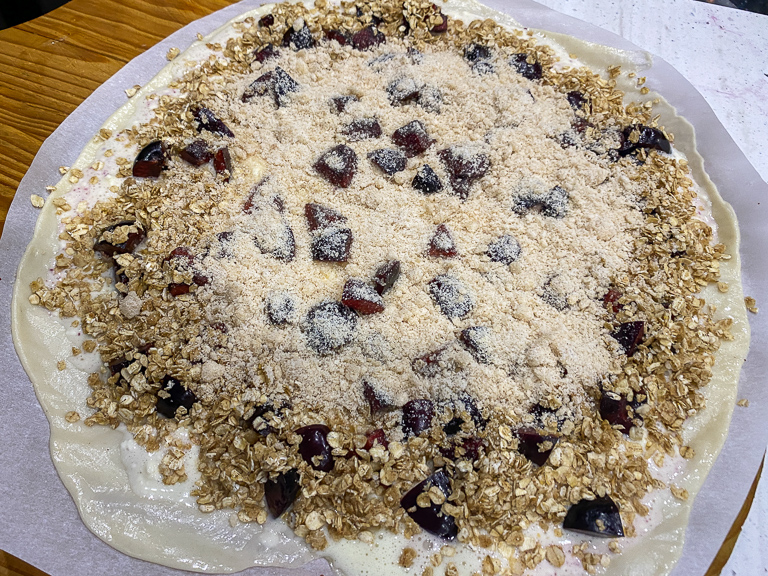 Once that baked, I used my cherry sauce from before, but this time as a topping. 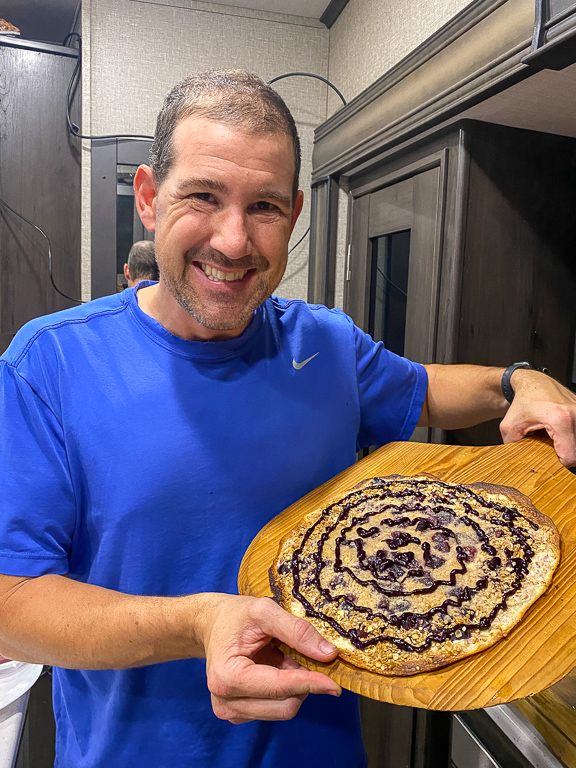 Theresa said she liked this one even better than my first one. The creamy cheesecake plus the two kinds of cherries made for a winning pizza! 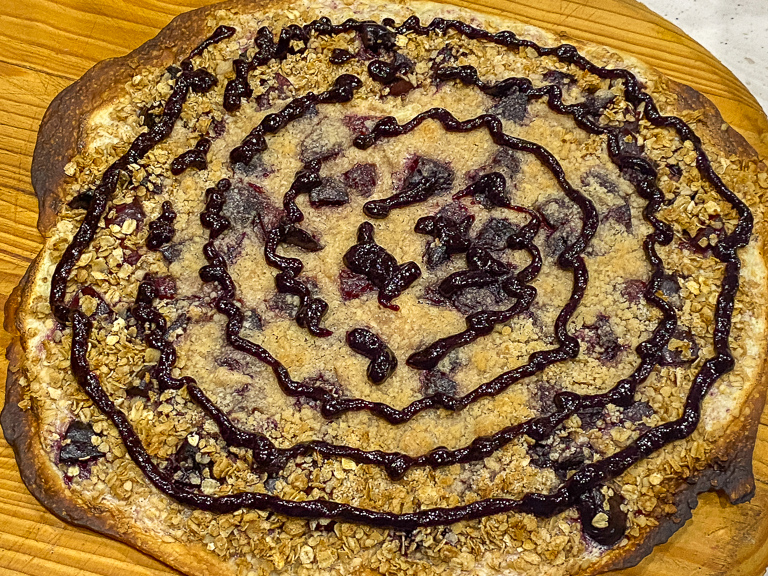 Ian was extra hungry tonight. He tried a piece of everything! 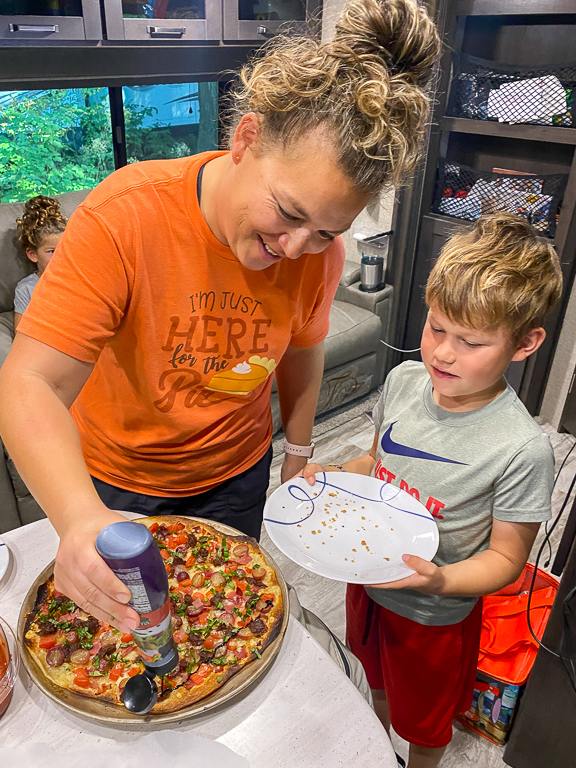 After hearing about it so many times, Theresa had to make Todd a Therizza Pizza. 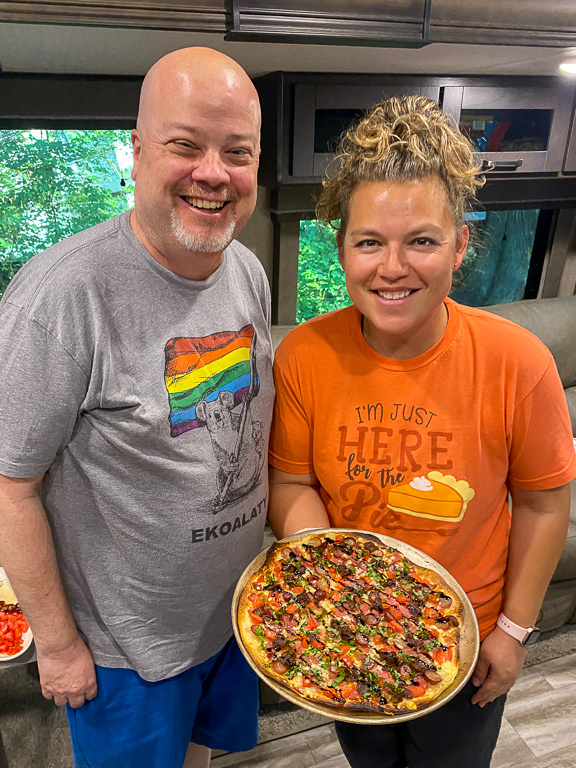 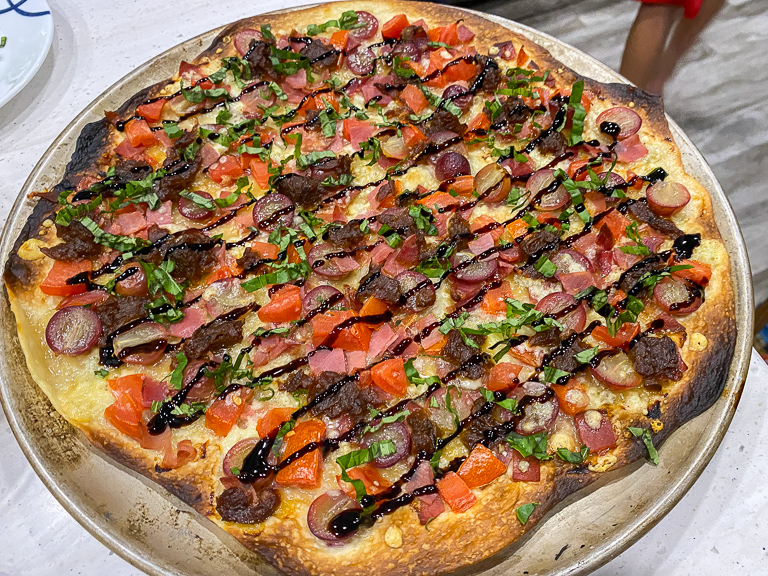 I asked Todd to bring his own unique topping for tonight's meal. Figs and Goat Cheese go wonderfully on a pizza. 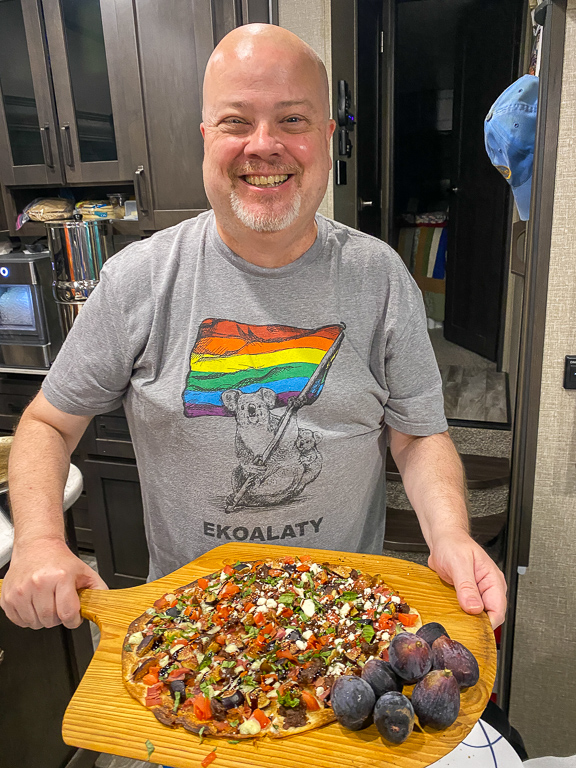 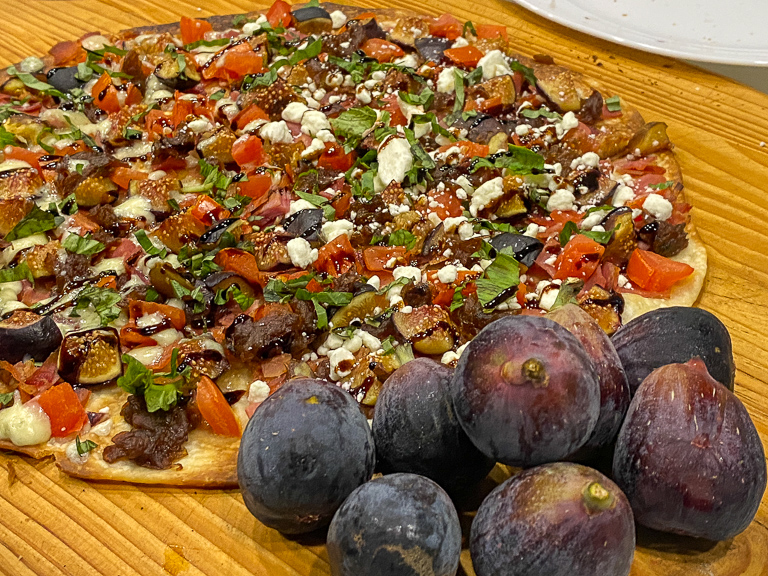 Just one more pizza tonight. Something a little interesting that you probably wouldn't get at a restaurant. The night before I made homemade gyros and happened to have some leftovers. I used my standard thin crust and topped it with yellow rice, gyro, and a little mozzarella. 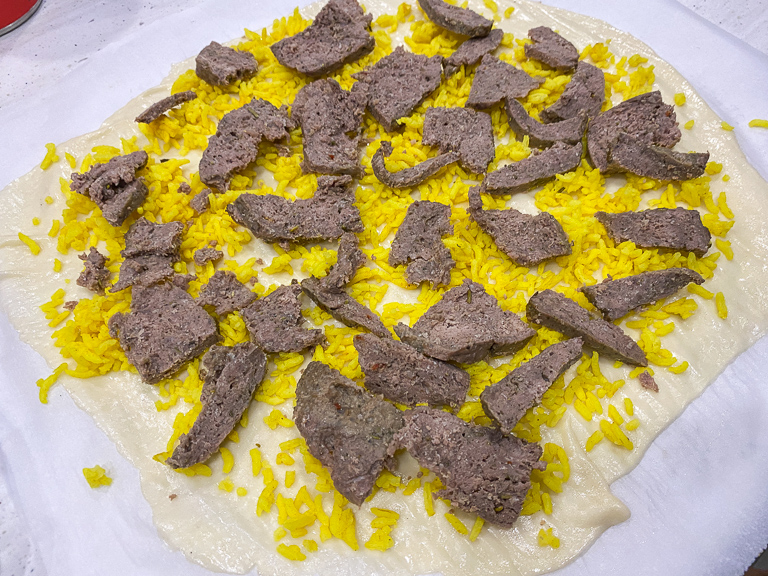 Once it came out of the oven, Theresa added fresh tomatoes, cucumber, onions, and hummus, along with a homemade garlic sauce drizzle.
Yum! Just about anything that is good on bread will probably be good on a pizza crust too!
Todd, I hope we gave you a great experience for pizza night! I'm so glad you were able to join us for it! 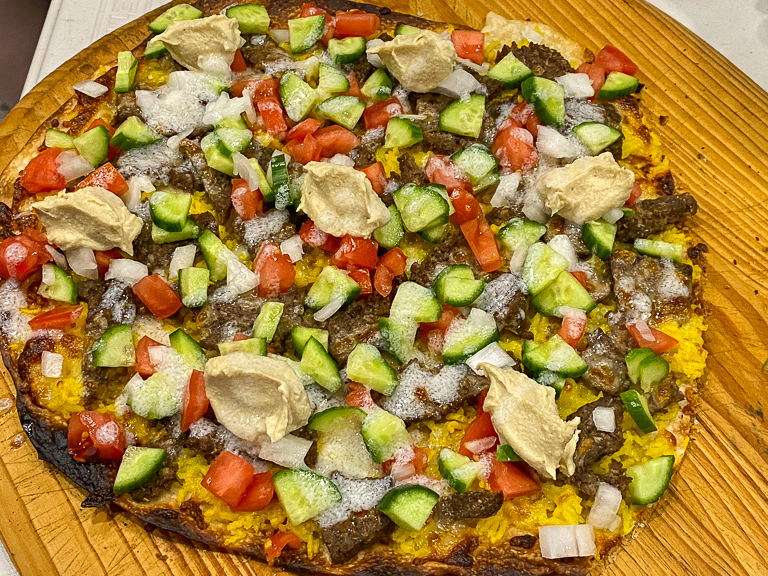