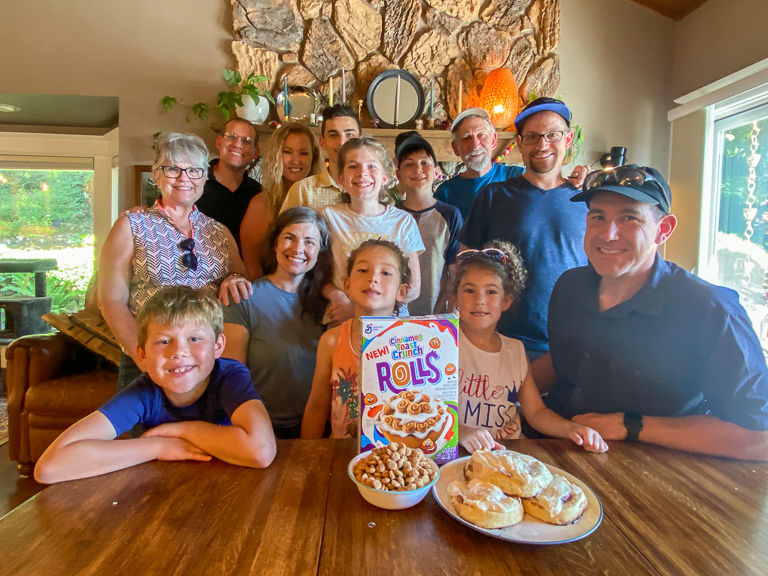 Before we all got together, my niece Avery asked if I could make Cinnamon Rolls while everyone was together. I sure can! This is the perfect opportunity to do it! 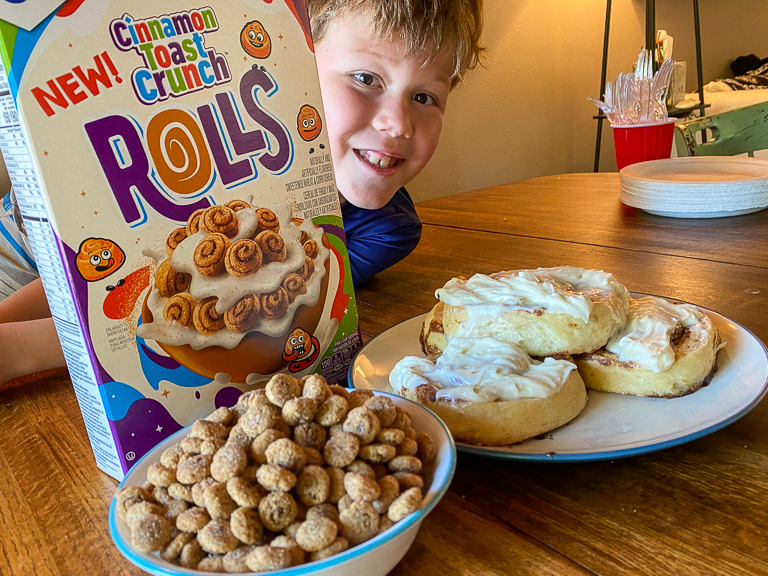 It starts with me making the delicious cinnamon roll dough. My mother always has to try a bit of the dough by itself, and she said that it is a bit sweet. The dough gets rolled out into a long flat layer and I spread the brown sugar, cinnamon, and butter mixture inside. 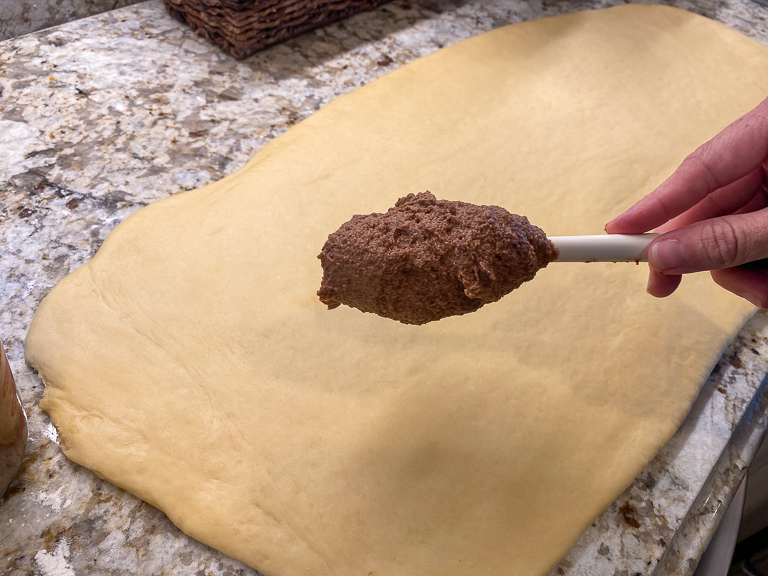 Then it all gets rolled up into a log. 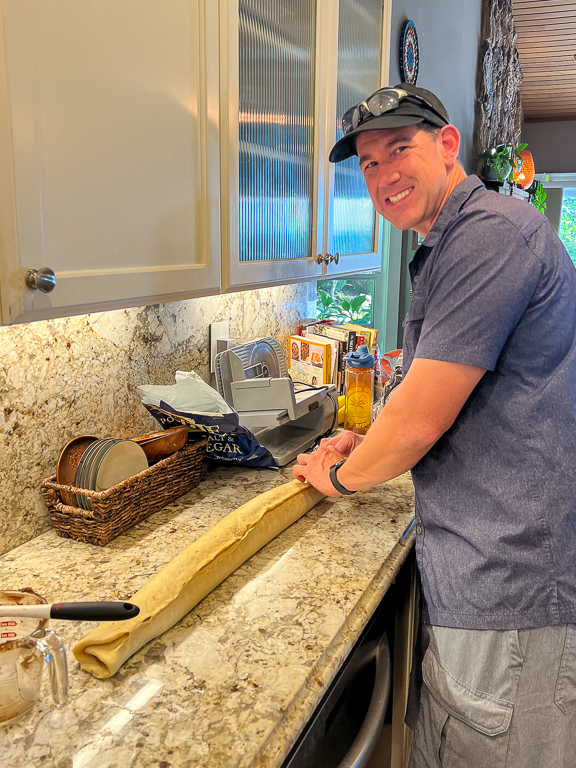 And finally I cut them into disks and let them rise in a warm part of the house. They aren't perfect. Some are bigger than others. Some are fatter than others. But they'll all cook up just fine together and be delicious. 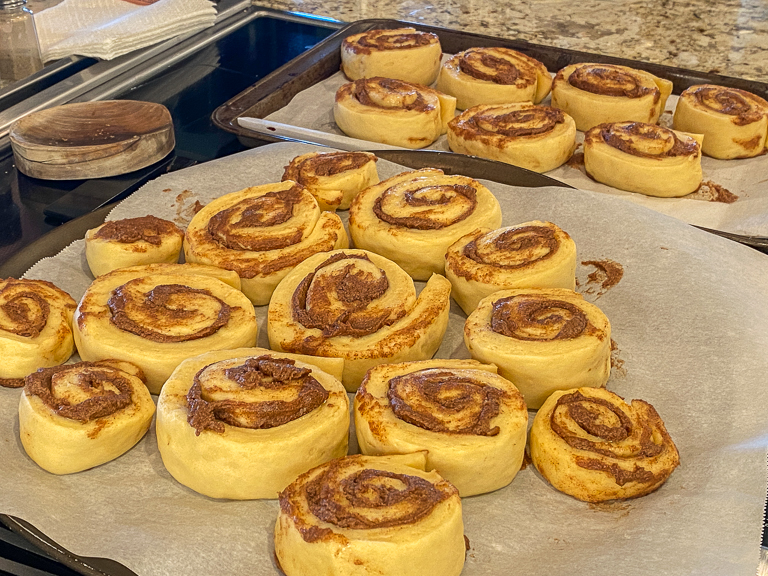 The trick to making these extra gooey and delicious is to ladle a little bit of warm cream over the top of them right before they go into the oven to bake. 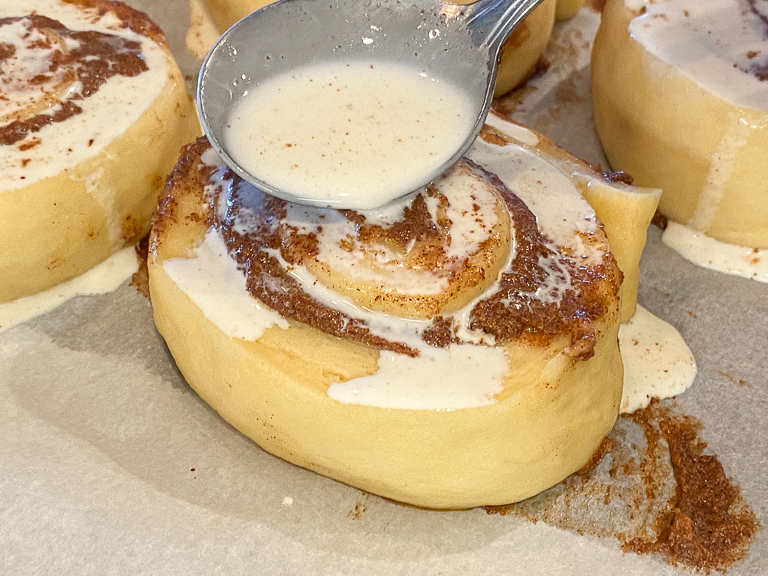 The house will be smelling especially amazing while these are baking. 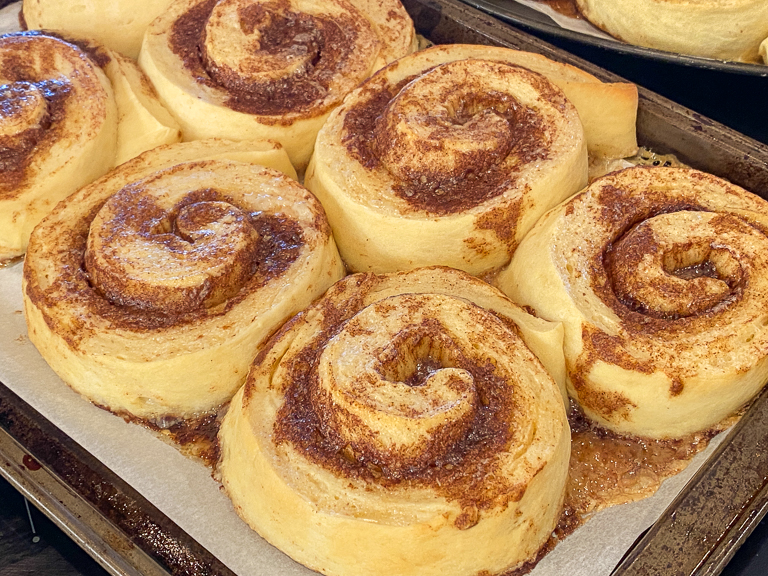 Alright! Let's give this cereal, but especially these hot and fresh cinnamon rolls a try! 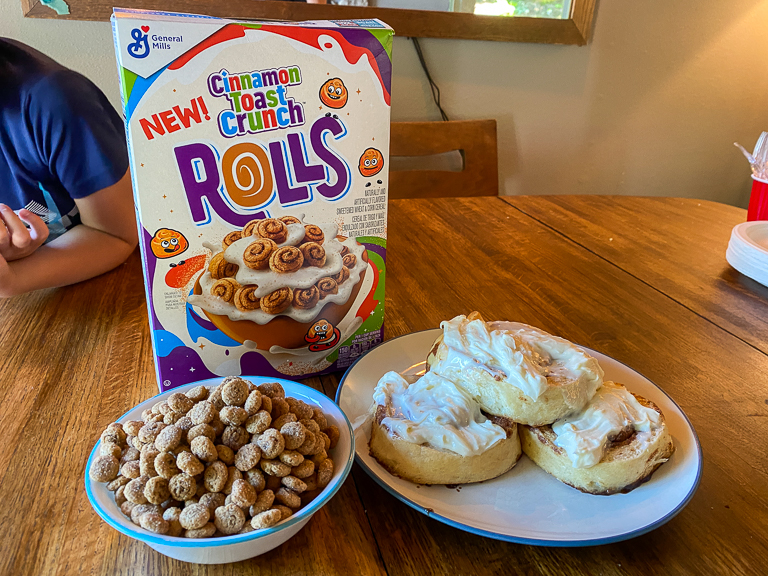 I always look on the bottom of the box for the Cinnamoji characters. This time instead of square cereal pieces, they have all turned into cinnamon bun pieces! 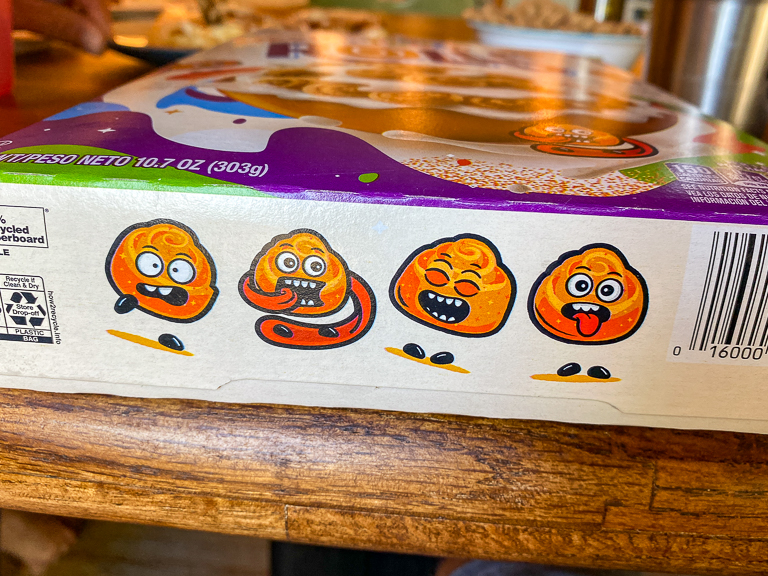 Avery - Thank you for making me cinnamon rolls Uncle Joe! 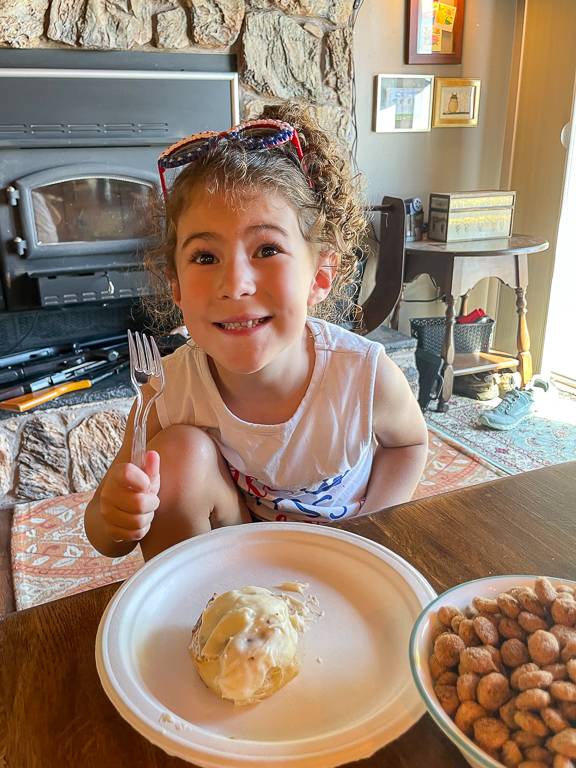 You're welcome Avery! I'm glad you're enjoying them! 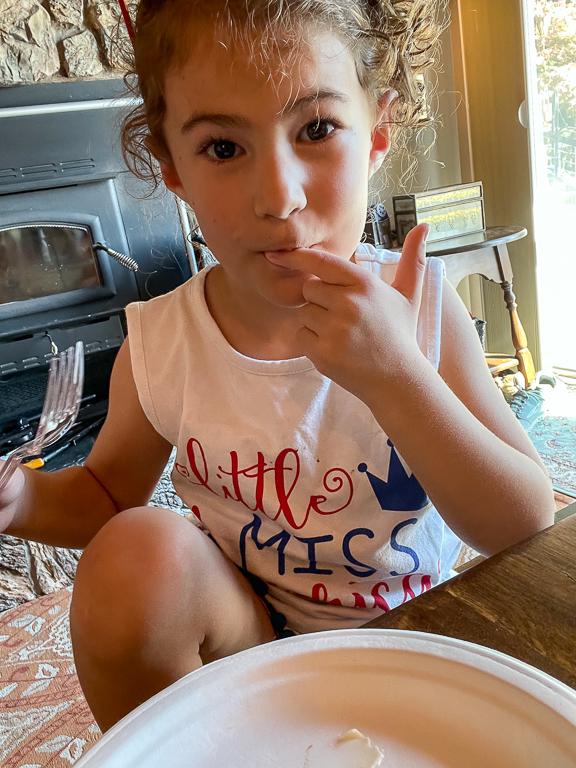 Everyone dug into the hot from the oven cinnamon rolls before giving the cereal a try. 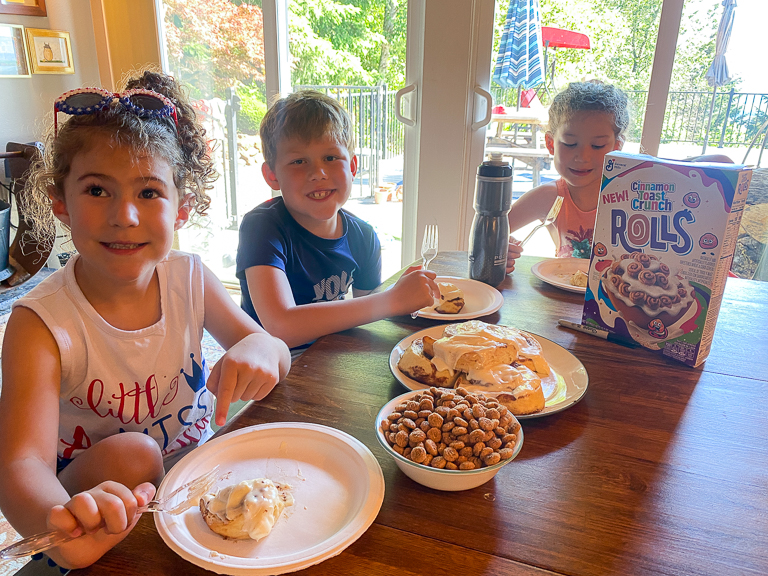 Who doesn't love cinnamon rolls. I was recently asked what my favorite bread that I make is, and I think a hot cinnamon roll from the oven has to be my favorite. Rich, creamy, sweet, and a delicious cinnamon flavor. That's hard to beat. 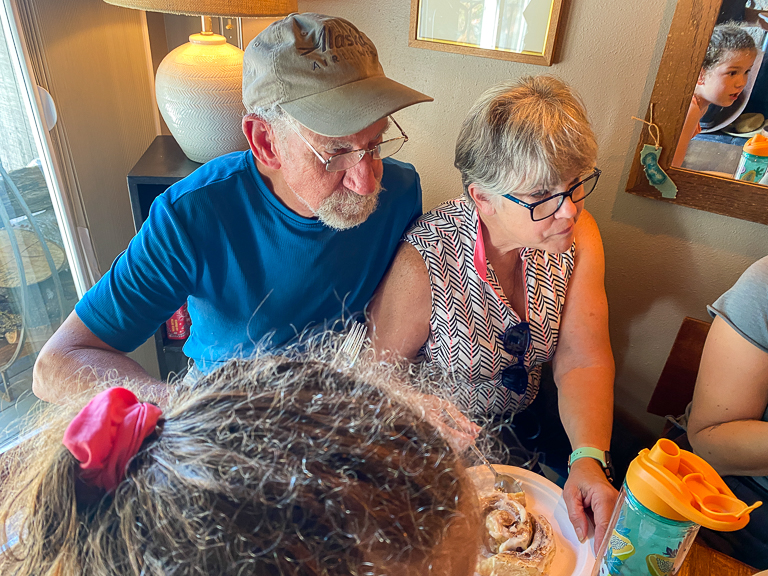 So can a cereal hope to compare?
No. No it can't. Not at all. 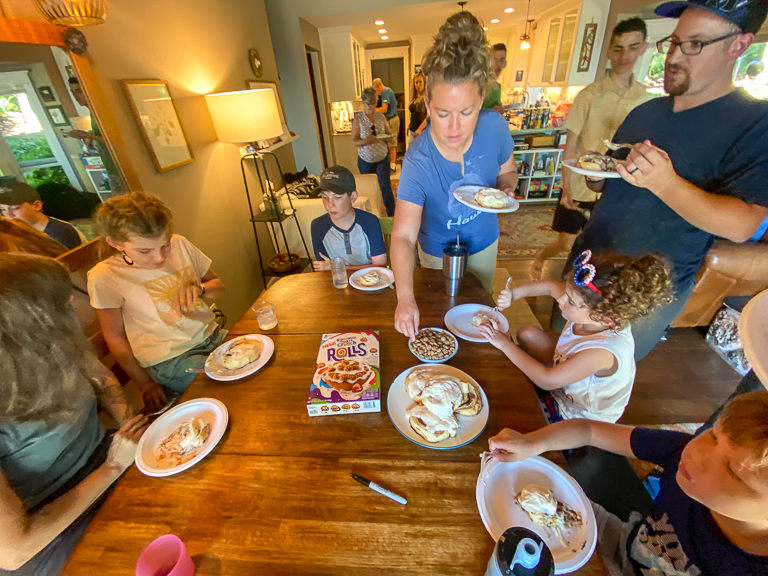 As a cereal, it's okay. The texture is a bit different than the regular Cinnamon Toast Crunch. The original is made with wheat and rice flours. This is made with wheat and corn flours, and has a much more puffy texture. It's crunchiness is akin to Trix. And the flavor, it's fine. It's dusted with cinnamon and sugar. Is there a hint of vanilla to it too? I can't quite tell. 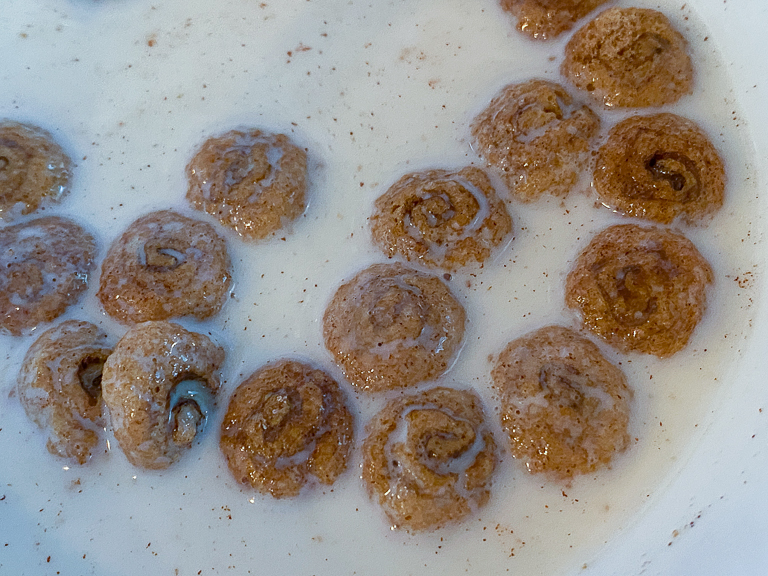 It's a cute attempt, but obviously it pales in comparison to the real thing. 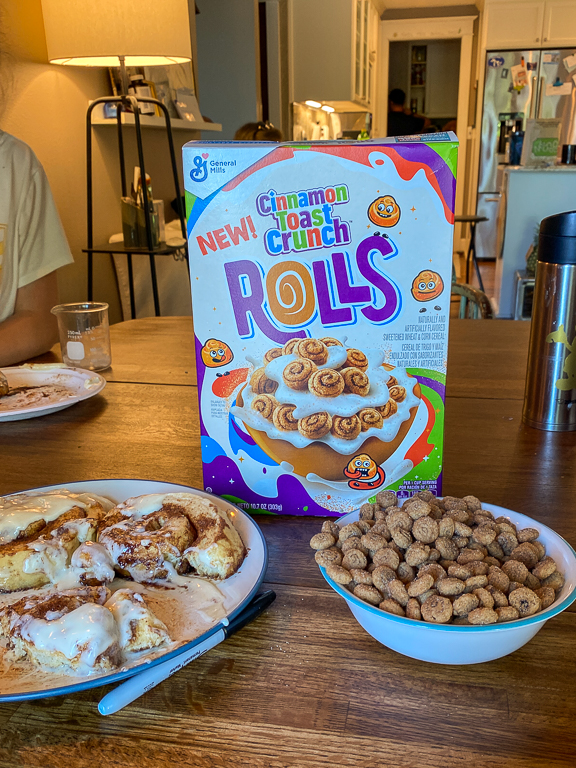