Now there's something new! Apple Pie Toast Crunch! I like pie even more than I like cake, and apple pie is one of my favorites. 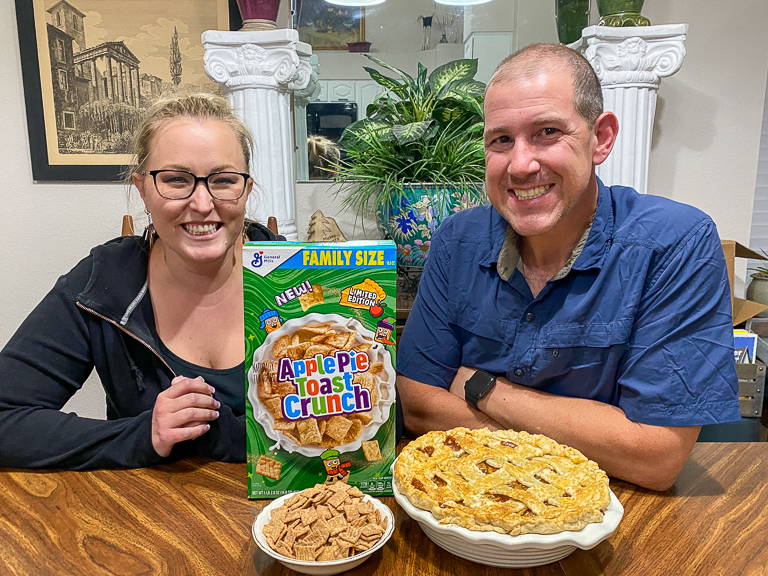 My sister-in-law Megan has a great recipe for apple pie and offered to make it for me for this taste test comparison. Thank you! 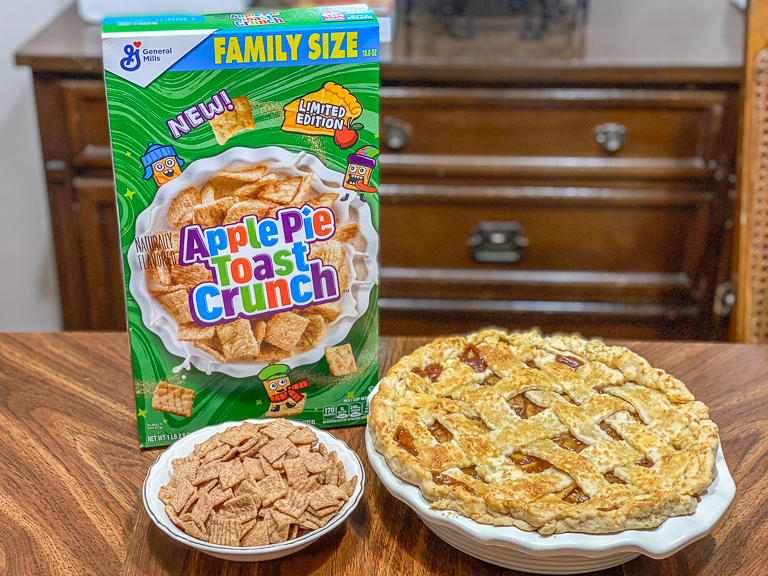 She's got all her ingredients and is ready to get started. 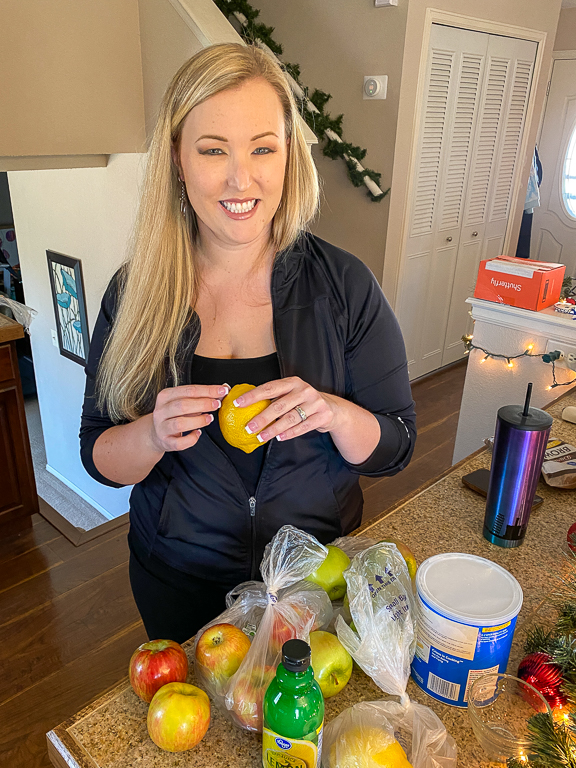 First up are the apples. Two different kinds, Granny Smith and Honeycrisp, will add some tartness and sweetness. It's going to take 11 pounds of apples to make today's pie. 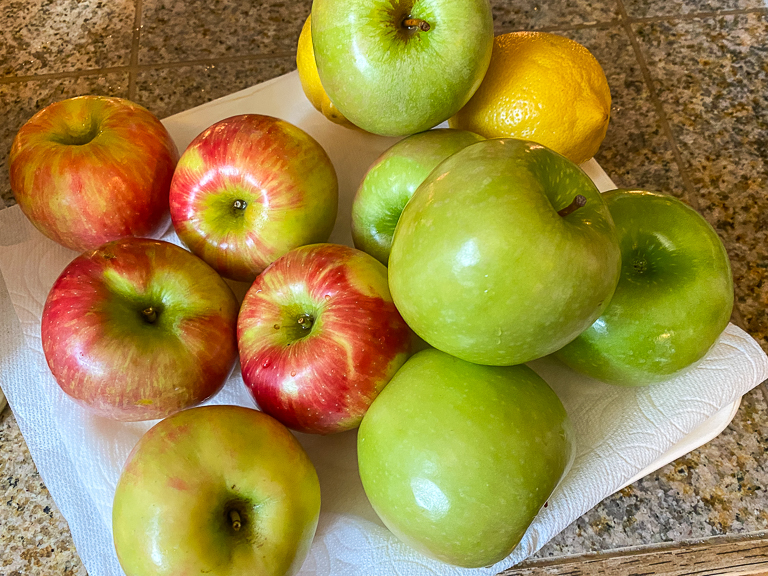 Why so many? Well unlike most other recipes I've seen that call for slicing the apples and putting them in the pie dough, this recipe has us pre-cooking the apples. That'll reduce the water content quite a bit and concentrate the apple flavor even more. 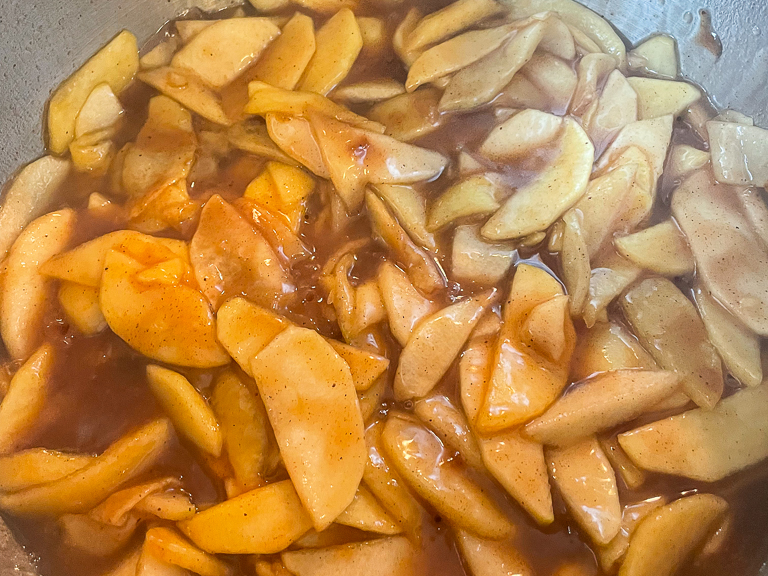 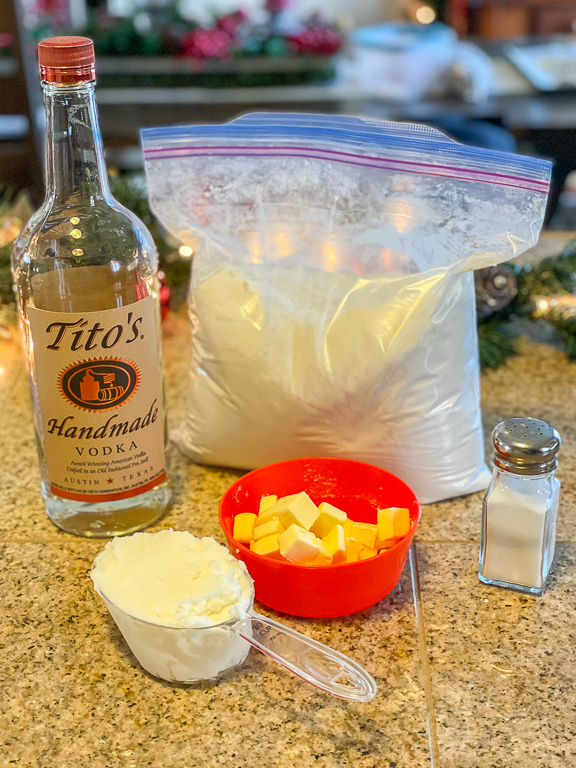 All that gets mixed together. 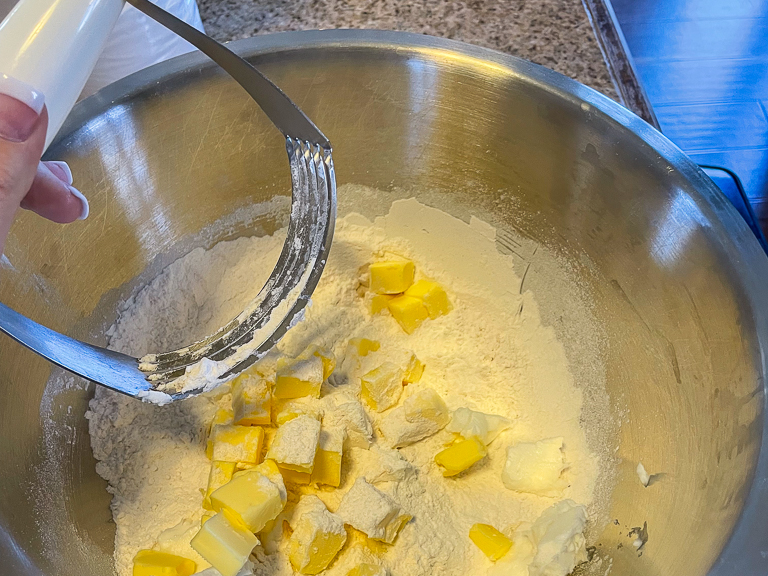 Until there are pebble size pieces of butter scattered throughout the dough. That'll make some nice flaky pockets when the crust bakes up. 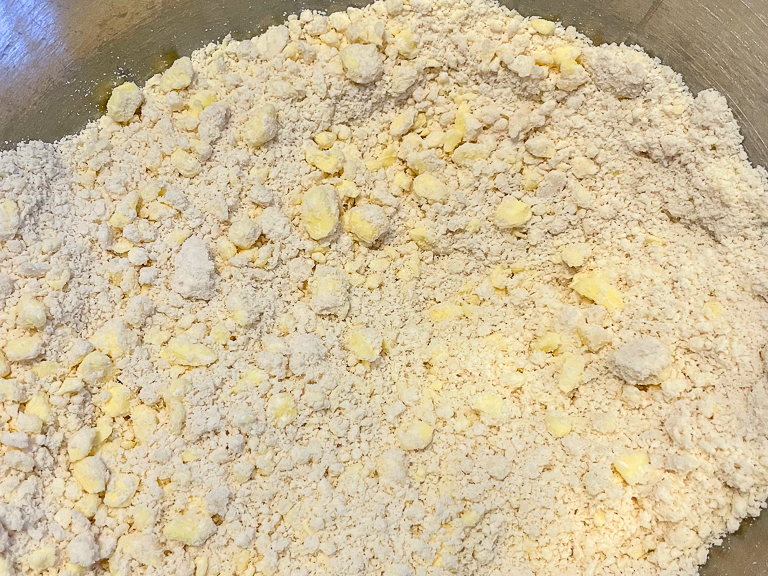 That dough is going to rest in the fridge overnight. The next day it was time to assemble and bake the pie.
As Megan was rolling it out, Theresa walked by and said "Mmm, I see butter chunks!"
Megan - That's my new nickname. Butter Chunks! 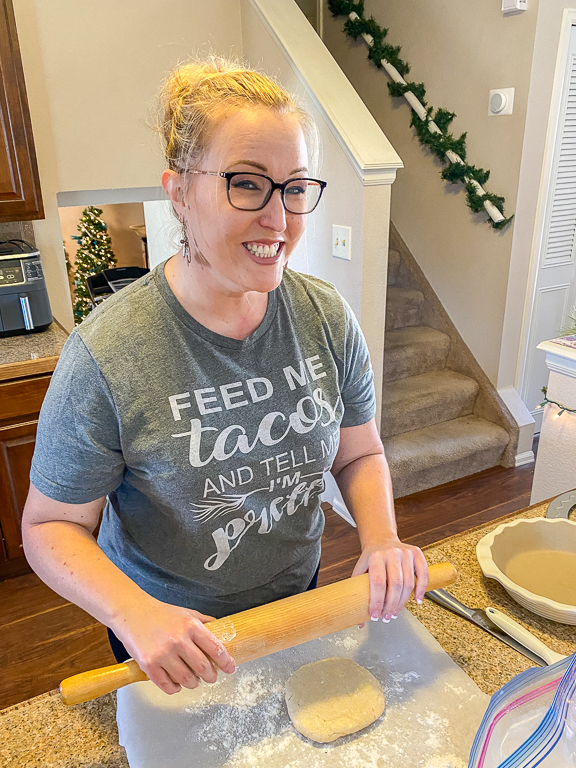 In goes the pre-cooked apple filling. 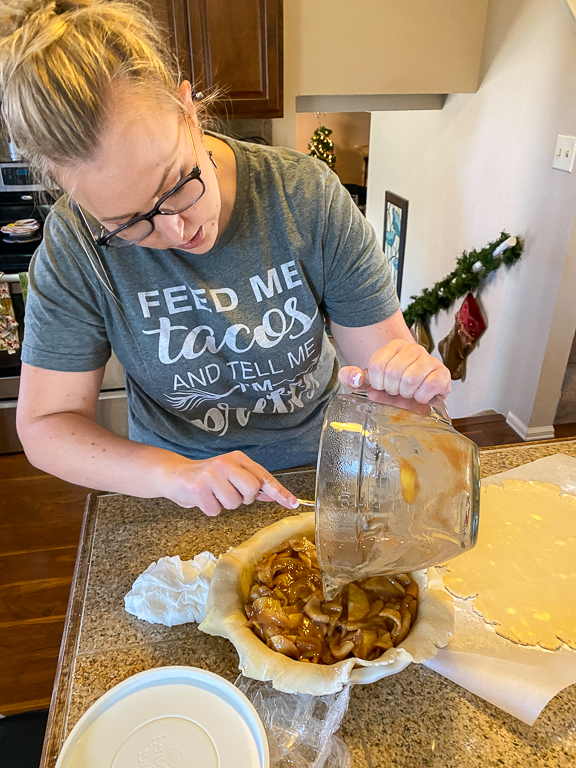 Megan made a lattice out of the second dough, then crimped the edges together. Before going into the oven, the pie got a generous sprinkling of large sugar crystals. Mmm. This is going to be fantastic! 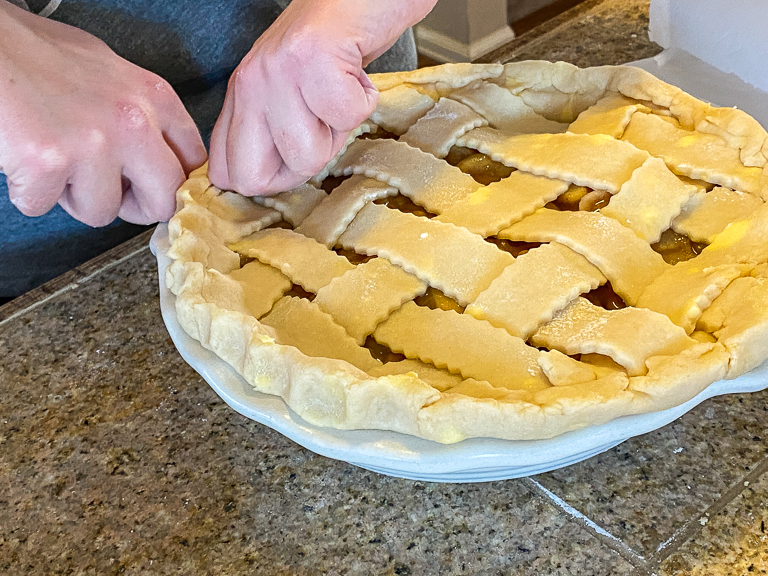 When it was finished, the filling was bubbling and it was all smelling amazing. 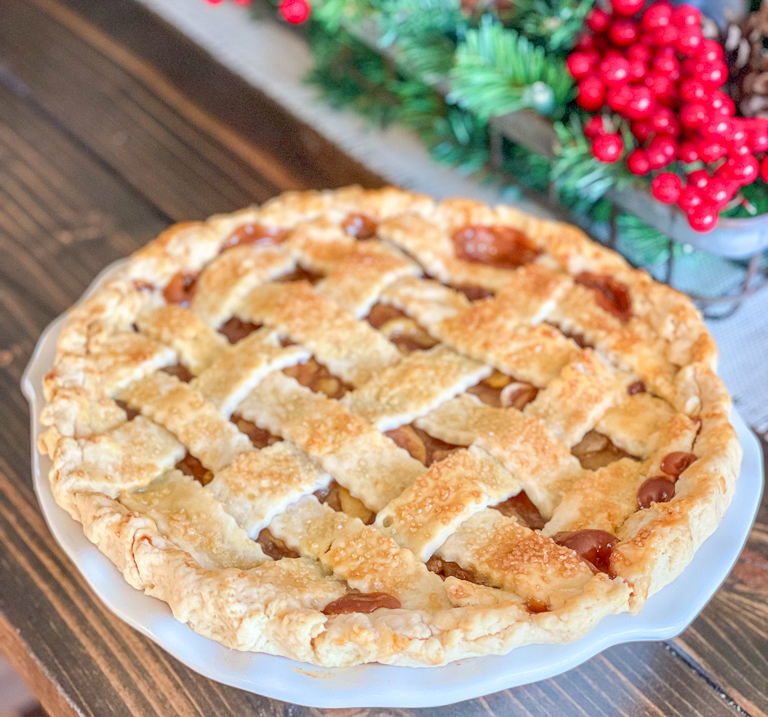 It almost seems unfair to compare a cereal to it. The back of the Apple Pie Toast Crunch box doesn't have any games or anything on it, but there is a Crazy Square wearing a green scarf. 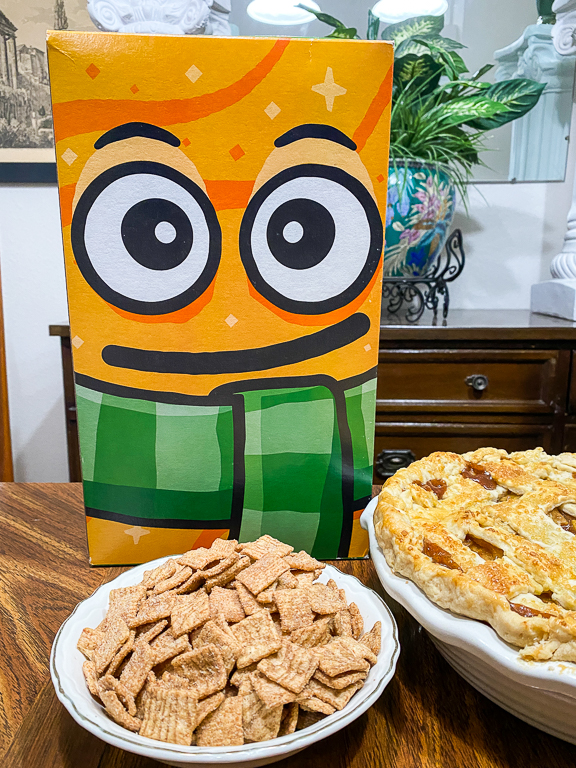 The other Crazy Squares on the side of the box are similarly dressed in winter attire. The cereal squares are covered in cinnamon and sugar, but smelling them, there's an apple smell coming from it too. And you know, it actually smells good. The ingredients say that it's all natural flavors.
Giving it a taste, these are really wonderful! The apple is a fantastic addition to the already delicious cinnamon and sugar. Compared to all the other varieties of Cinnamon Toast Crunch that I've had, this one is definitely my favorite. 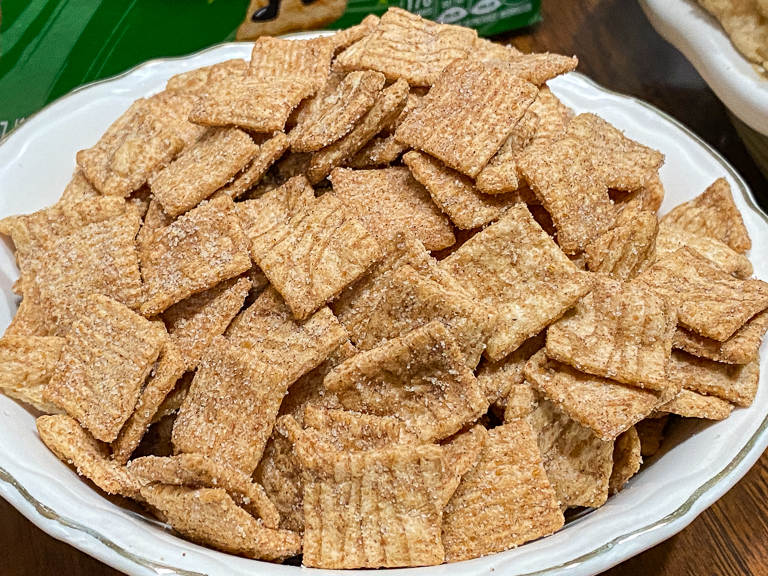 But it can't be as good as the real thing. Just look at that flaky pie crust and thick apple pie filling. 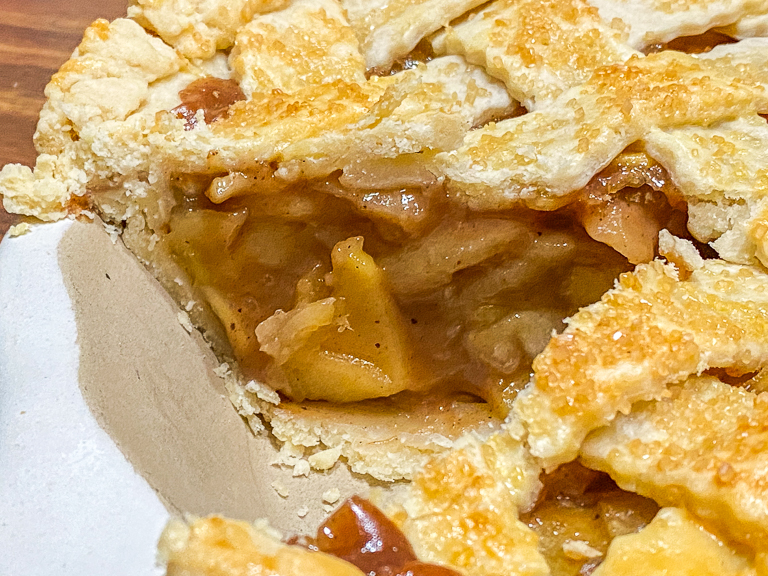 Add a little bit of vanilla ice cream and you've got one of the best desserts out there.
This was a fantastic recipe Megan! Thank you for making it for me! 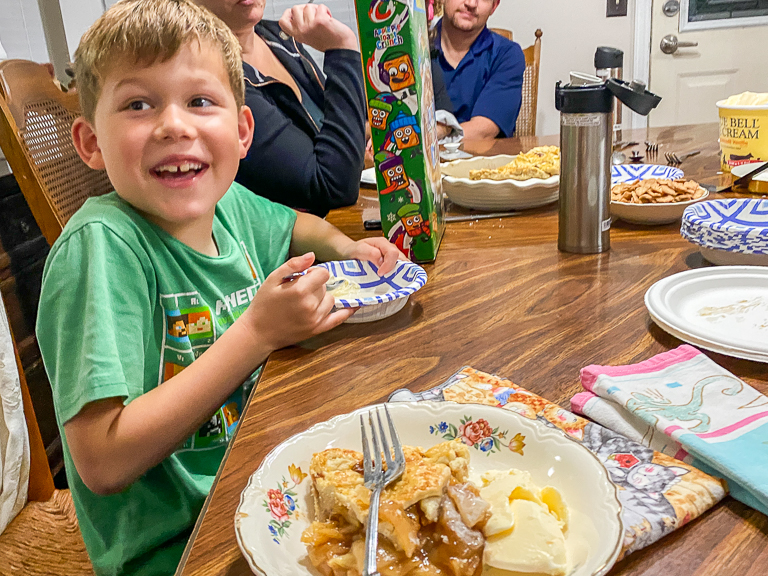