One of the special treats we had while on the road was the Caramel Crack from our Harvest Host family at Grain Bin Commodities. That stuff was delicious and addictive. I knew I had to try making it, and the best place I could think to do it was with family at Christmastime! 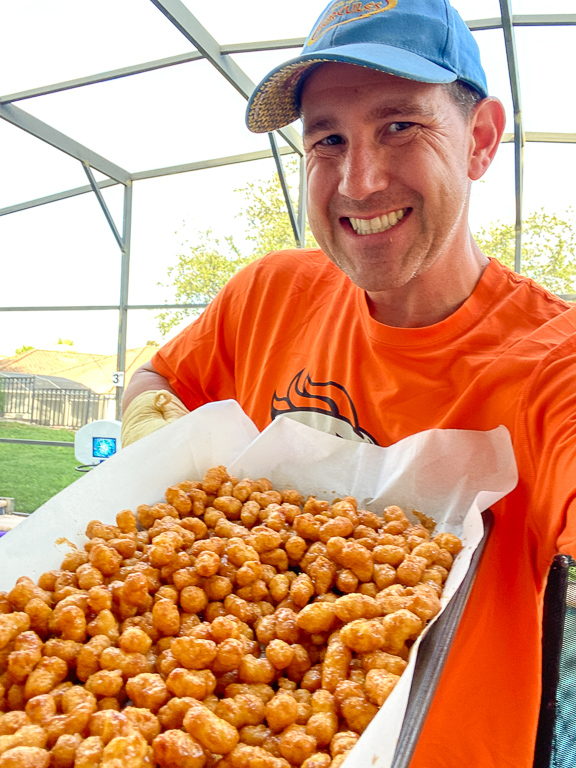 I found the recipe on multiple sites, but the one I decided to follow was from TheRecipeRebel.com. It's just a few ingredients, so could it really turn out as good as the one we bought?
And yes, that's puffed corn (like Cheetos, but without the cheese). It's gong to be perfect because it doesn't have any kernels in it, and it'll be a nice salty contrast to the sweet coating. 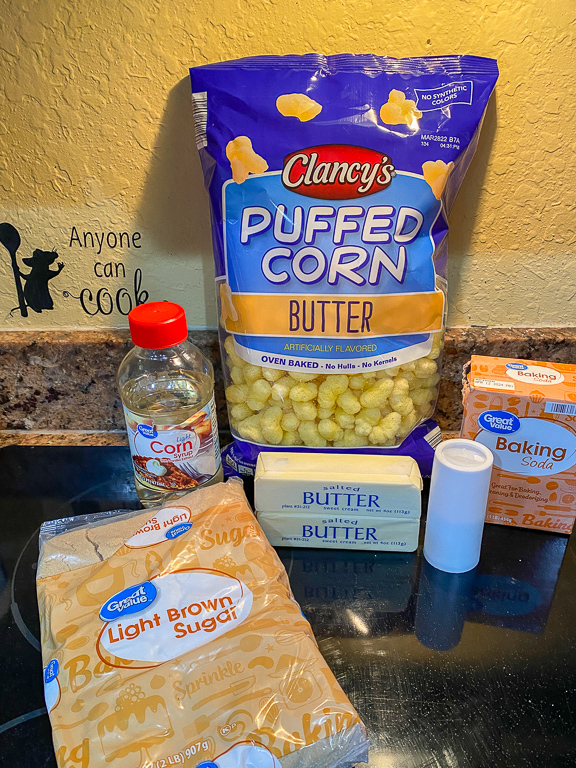 Normally I like to work with a thermometer when boiling sugar, but this site just suggested bringing everything to a boil and letting it go for 2 minutes. 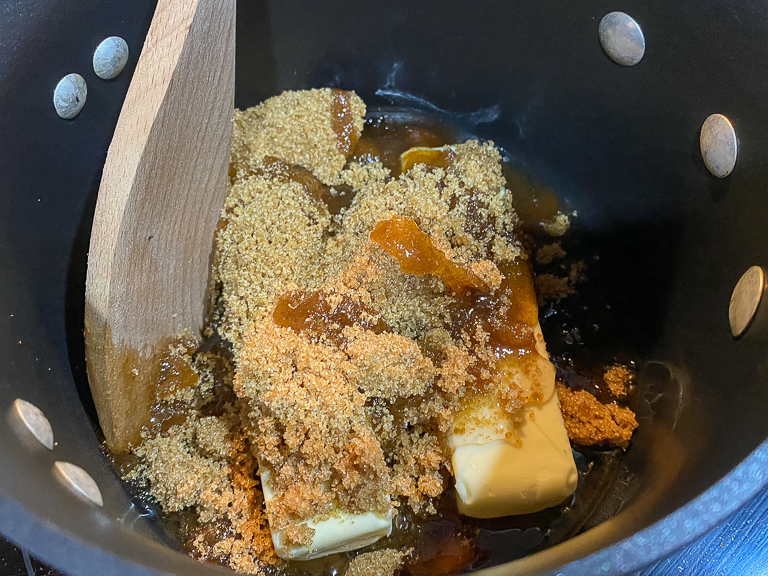 Once that 2 minutes of boiling is up, you add a teaspoon of baking soda. 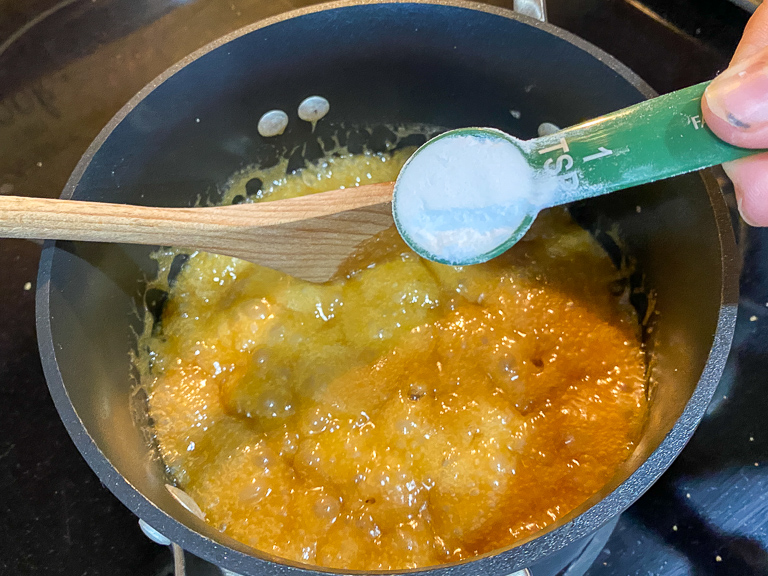 Then things really start to get foamy. That cooks while you stir it for another couple minutes, and then it's time to pour it over the puffed corn. 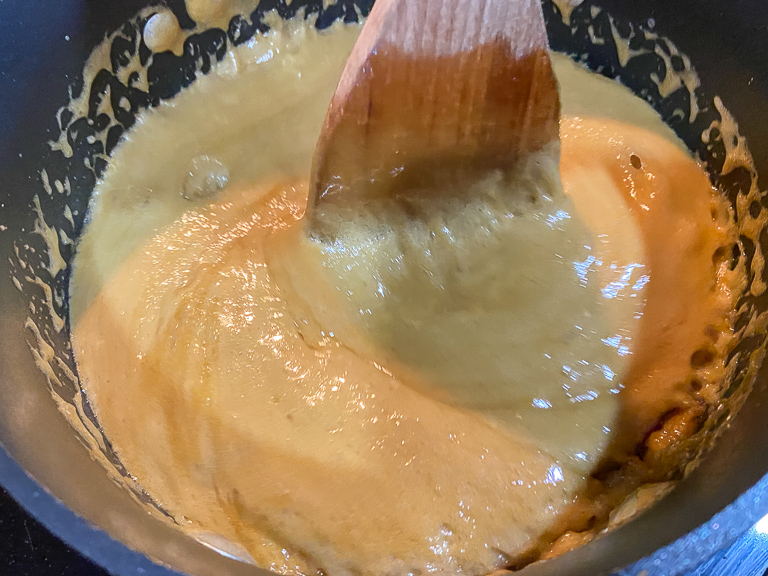 I didn't get an action shot of pouring it over the puffed corn because things were hot and I didn't have an extra hand. I stirred everything together as best I could, trying not to crush any of the pieces. I made sure to use my non-stick pots because this is going to be a sticky mess when we're through. 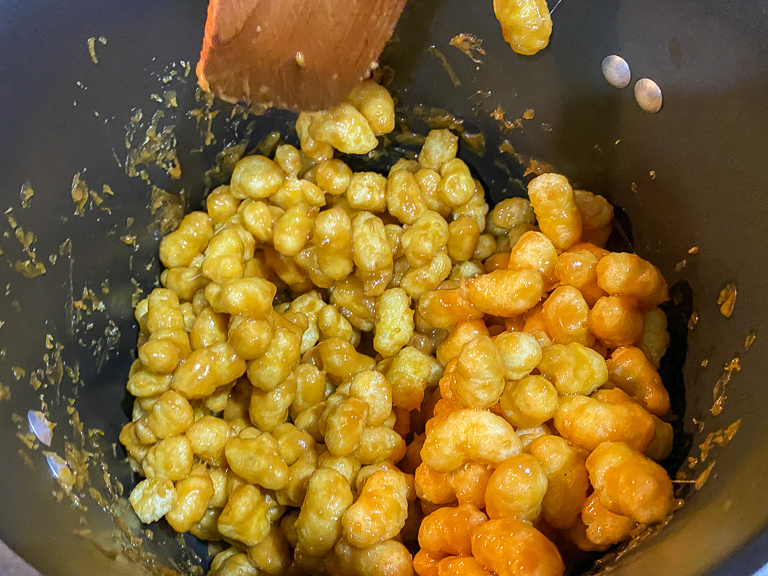 That mess of hot sugar and puffed corn was poured out onto a parchment lined baking sheet. Looking back, I probably should have used 2 baking sheets. The oven was set to 250F and every 15 minutes I gave it a stir. 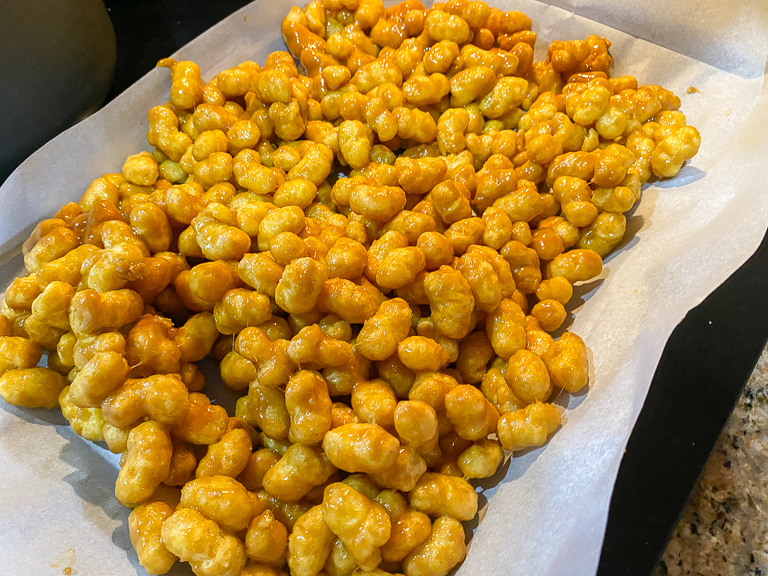 After 45 minutes, I pulled the tray out and let everything cool down. 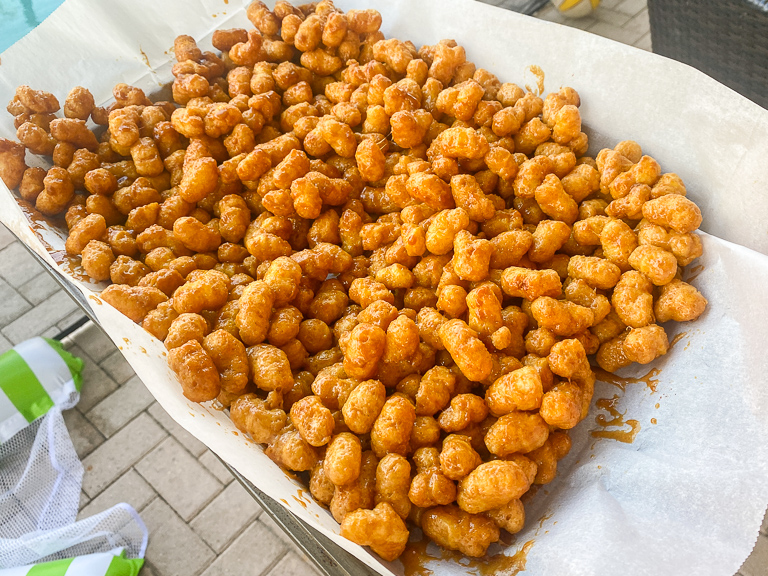 After it was cool, I broke all the clumps up (that's why I should have had 2 pans) and put it in a bowl.
But how do they taste?
Amazing! These are such an easy treat to make, and they are so much better than caramel corn! The caramel on the outside has a great flavor and it set up perfectly, despite me not using a thermometer. The puffed corn on the inside it deliciously crunchy, and the two go together so well. 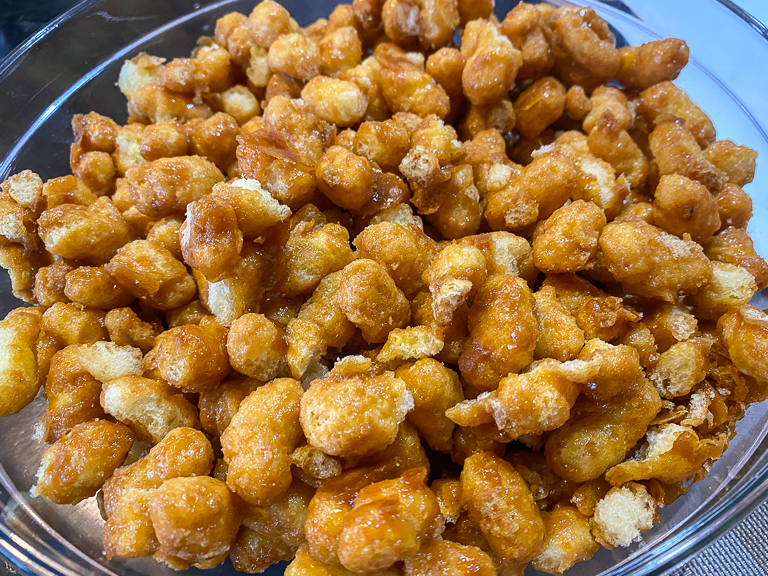 How did the rest of the house like it? This was the bowl just a couple hours later.
It's so easy to eat and to just grab a few more. Theresa warned me not to make them again. This was a great holiday treat! 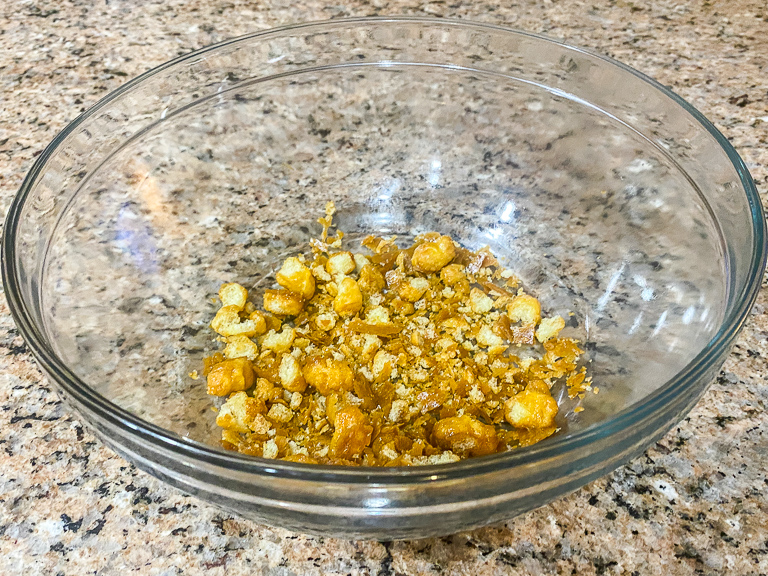