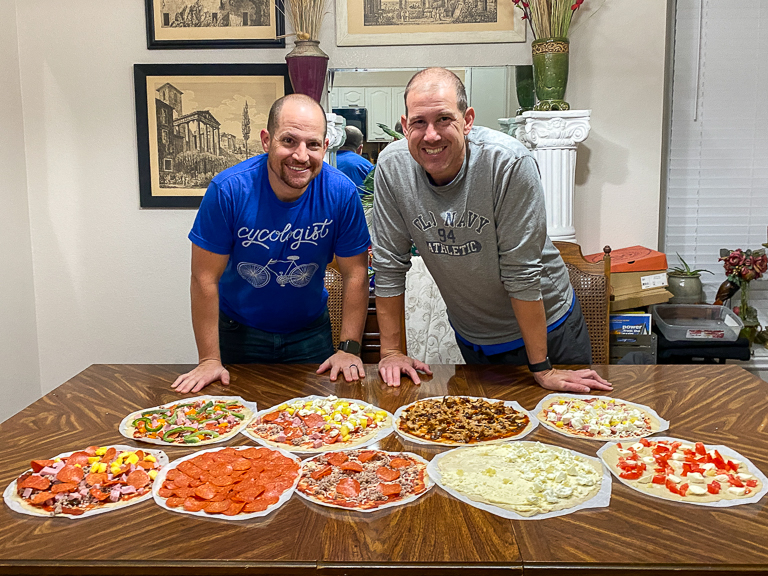 I do like cooking in a regular oven with a good pizza stone. These thin crust pizzas really do benefit from having that hot stone to make the crust crisp and cracker-like. My favorite recipe is still the recipe from TwoRedBowls.com, but with this many people I need to make a 5x recipe! I got to work thinning out all the dough so people can add their own toppings. 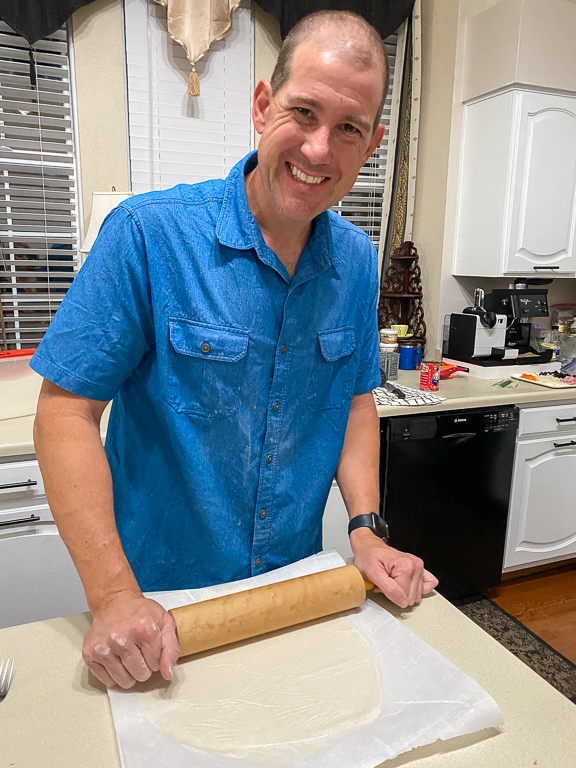 Can you tell which one is Ian's? Alli likes a pizza with peppers on it. Theresa likes lots of ham and olives. 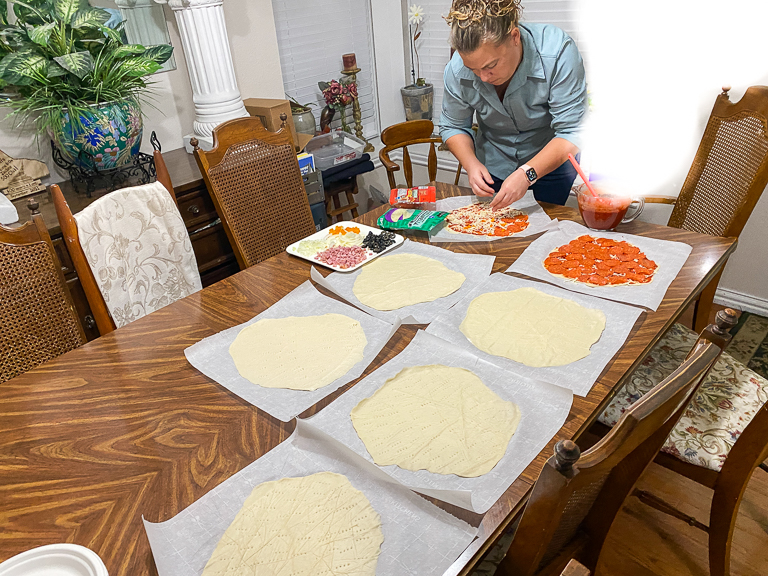 Along with letting people make their own pizzas, I'm also bringing back a few of the "favorite" pizzas that we've made on the road. I used some Carolina BBQ to make a pulled pork pizza. I also put together a cheddar garlic pizza on thin crust. So good! 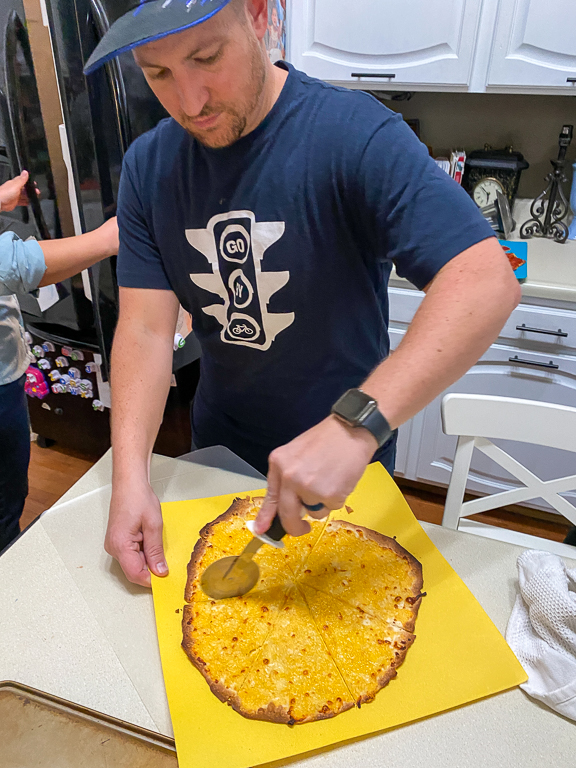 The Philly Cheesesteak pizza was delicious when we tried it the first time. 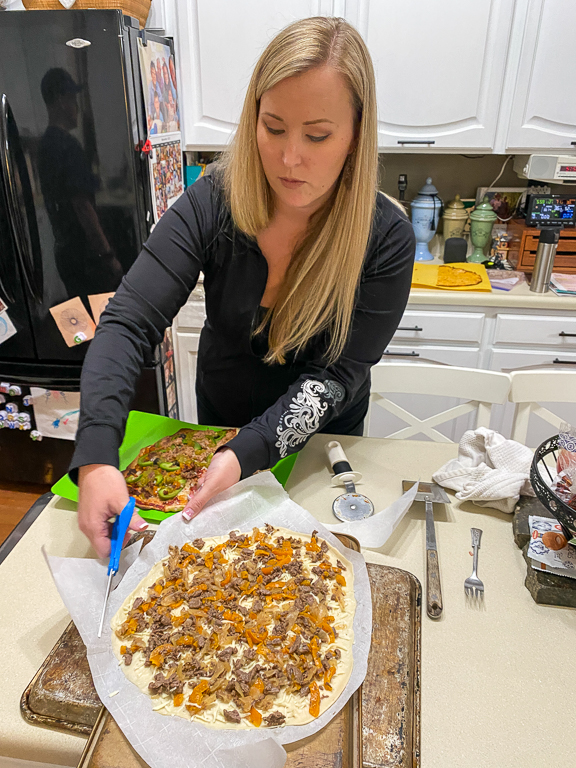 And it was fantastic on a thin crust too. 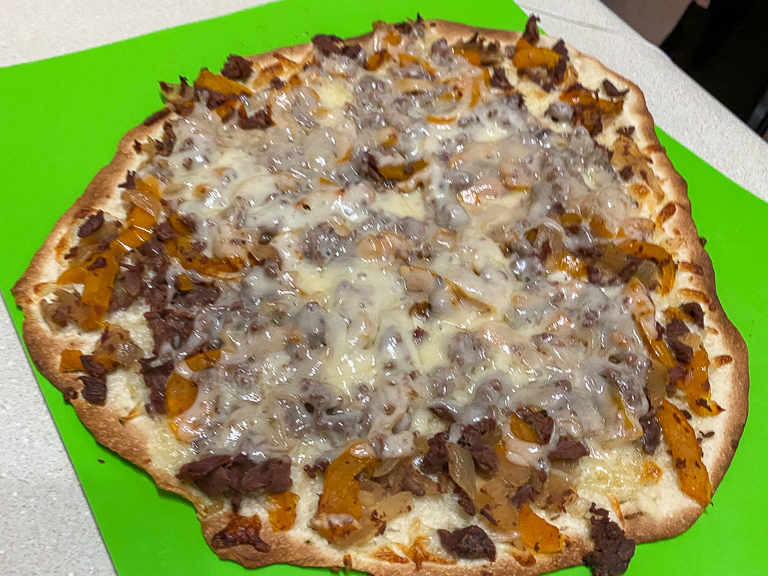 My Dad says there's no way to make a bad pizza. Just keep putting on as many tasty toppings as you can fit. 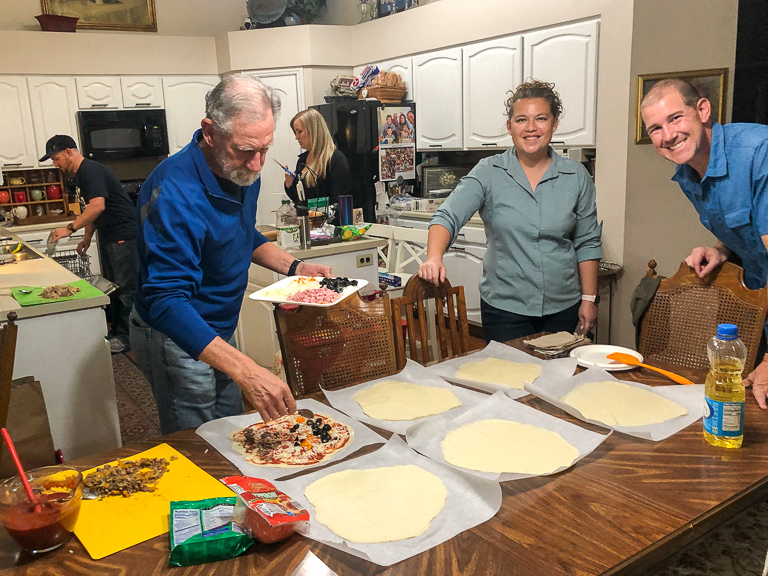 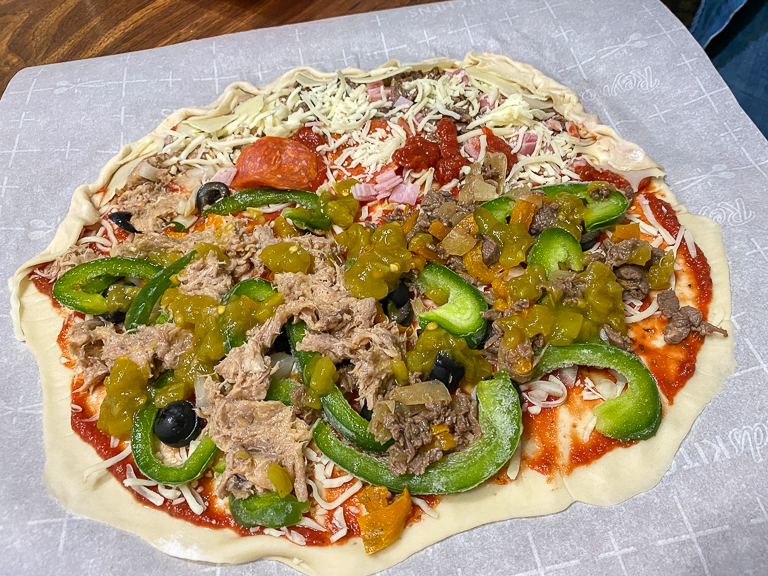 Thin crust pizza night was a hit. And yes, sometimes Kraft Catalina dressing is used as a pizza drizzle. 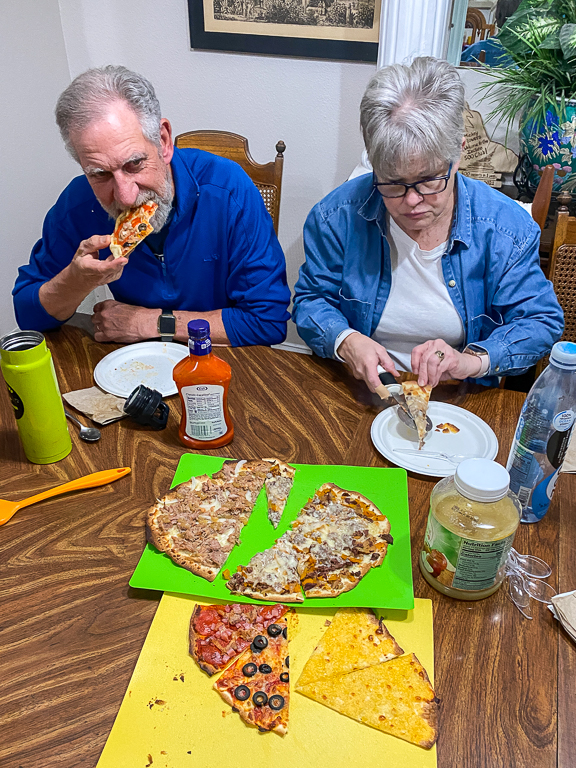 These slices didn't last very long. I think I'm going to have to make even more pizzas the next week. 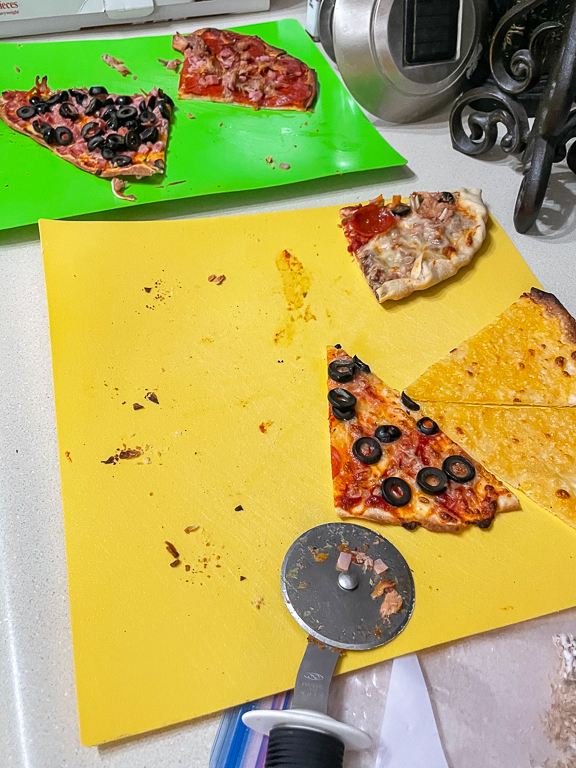 So that's exactly what we did. Instead of a 5x recipe, I used a 6x recipe! I had my brother make the dough so he can do it when I leave. 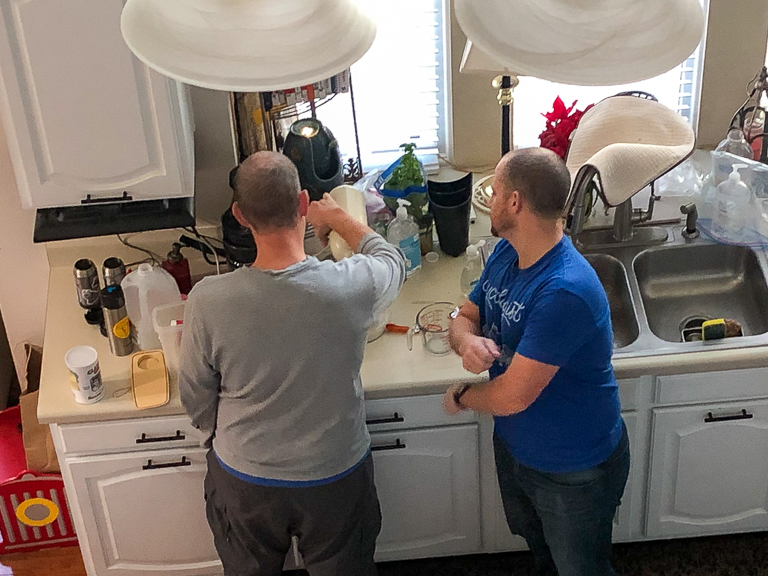 And rolling out the dough into the super thin sheets went twice as fast because I had Megan helping me out. 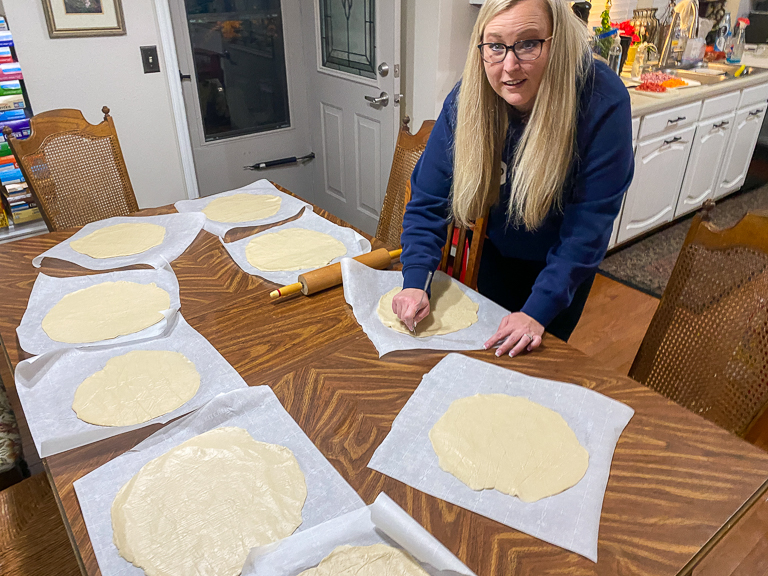 Today's surprise ingredient is... Fresh Basil!
Megan's mom is going on vacation for a couple weeks and gifted it to us. I know just what I'll do with that! 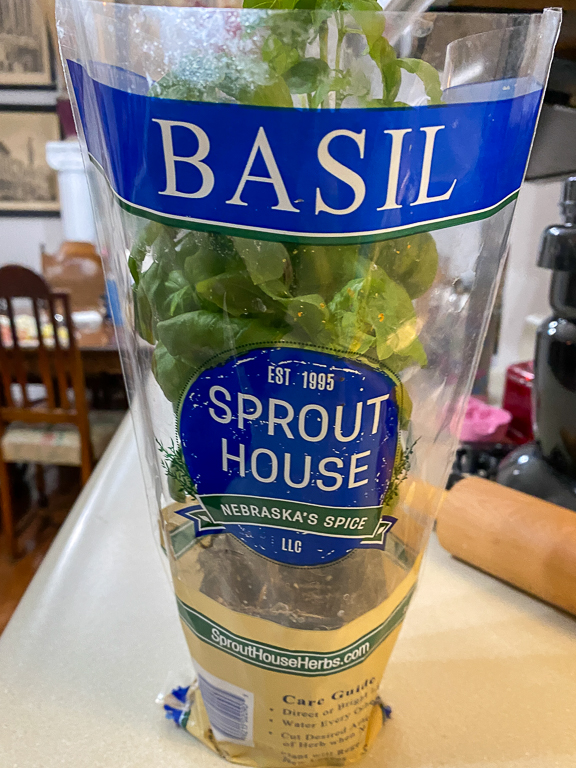 A very delicious margherita! Fresh tomatoes, fresh mozzarella, and basil leaves at the end. It made for a very tasty pizza. 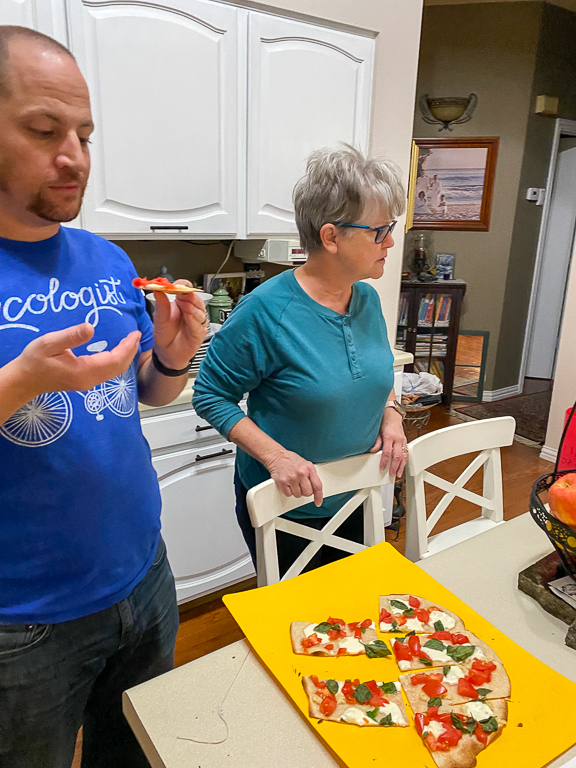 Every 8 minutes or so, fresh pizzas were coming out of the oven.
Megan - This is how I like to do dinner. Not sitting down. Just grazing on hot pizza as it comes out of the oven. 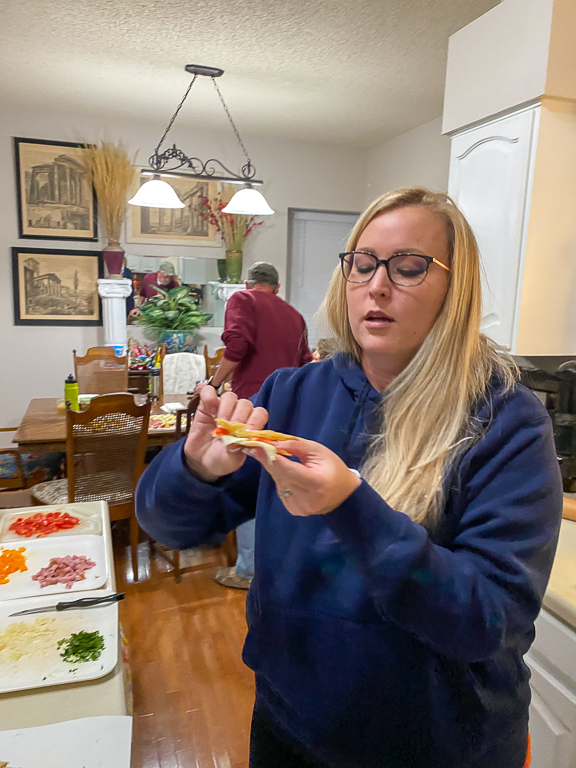 In the end, there were no leftovers from this meal either. Do I need to make even more pizza next time?
Especially good were the ham, pepperoni, sausage, goat cheese and pineapple pizzas, and the bbq pork, caramelized onions, and cilantro pizza was really good too.
Pizza day is always delicious! 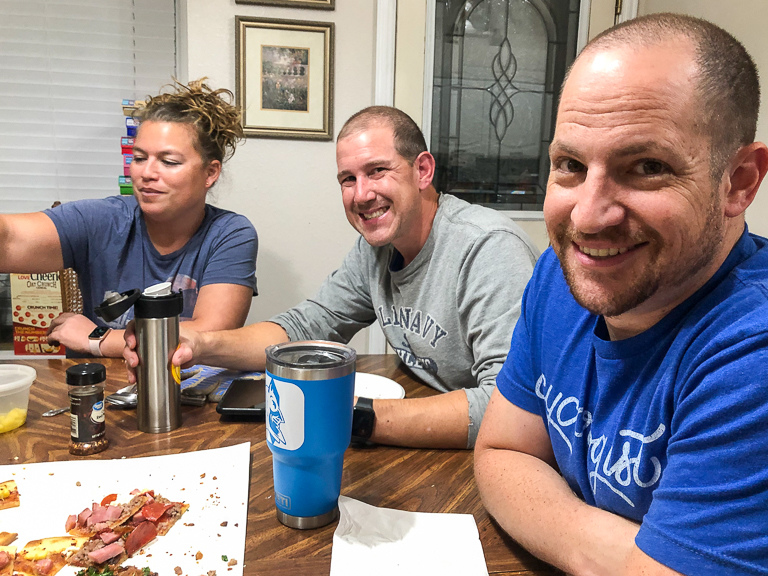