I love trying special holiday versions of treats. Pop Rocks are a special favorite that we don't get very often, and this year they have a Candy Cane version of Pop Rocks! 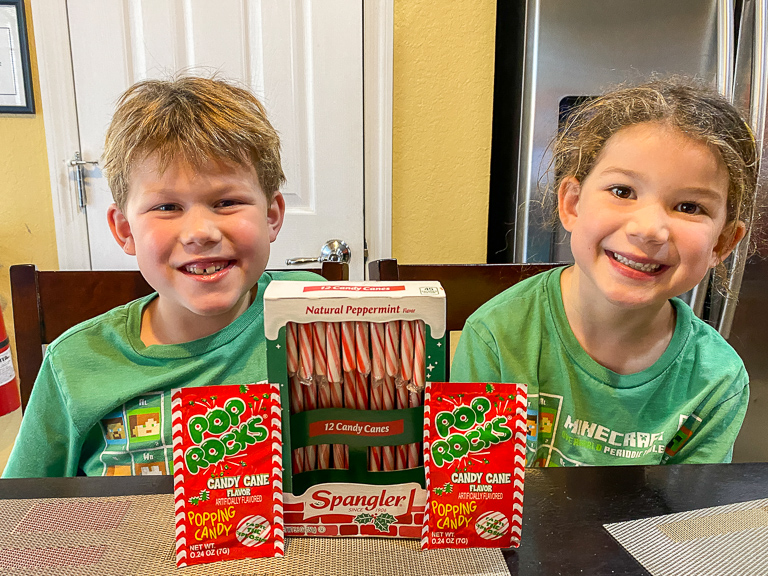 And of course if we're going to try them, we'll have to taste them again the real thing. Spangler makes 2.7 million candy canes a day and is the largest manufacture of candy canes in the world! 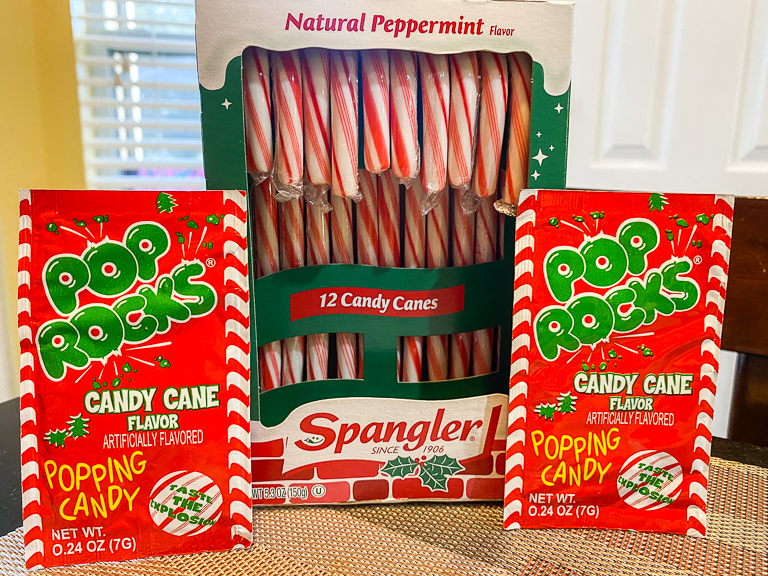 I didn't know that Pop Rocks were made in Spain. The idea for Pop Rocks was patented in 1961, but Pop Rocks themselves didn't hit the market until 1976. Due to the bubbles of carbon dioxide, they have a limited shelf life, and were actually taken off the market in 1983 due to poor success. Kraft licensed the brand to a company in Spain, who eventually bought it outright. I really was curious what the candy inside would look like. Was it going to be red, white, or a combination of both? I was happy to see that it was both, just like a real candy cane. 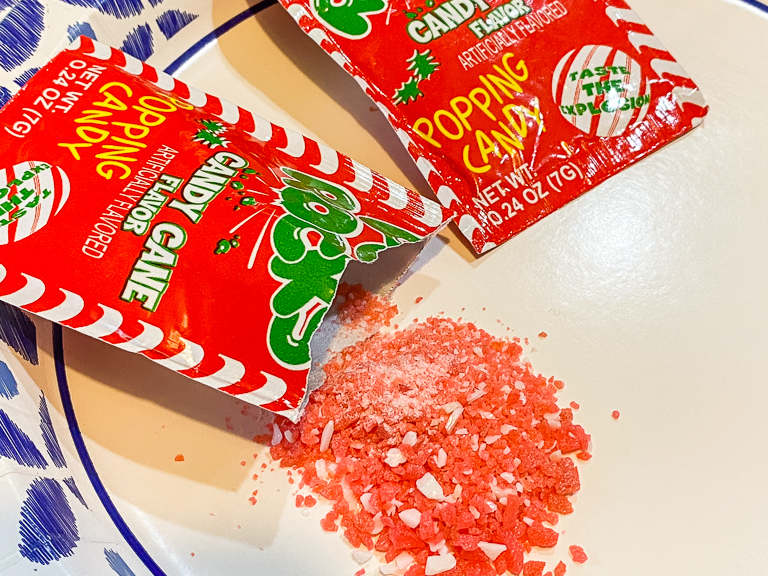 First we're going to try the Pop Rocks. I love the popping sensation they have. The flavor isn't quite the peppermint that I'm used to. It's a little different. Must be because it's artificially flavored. 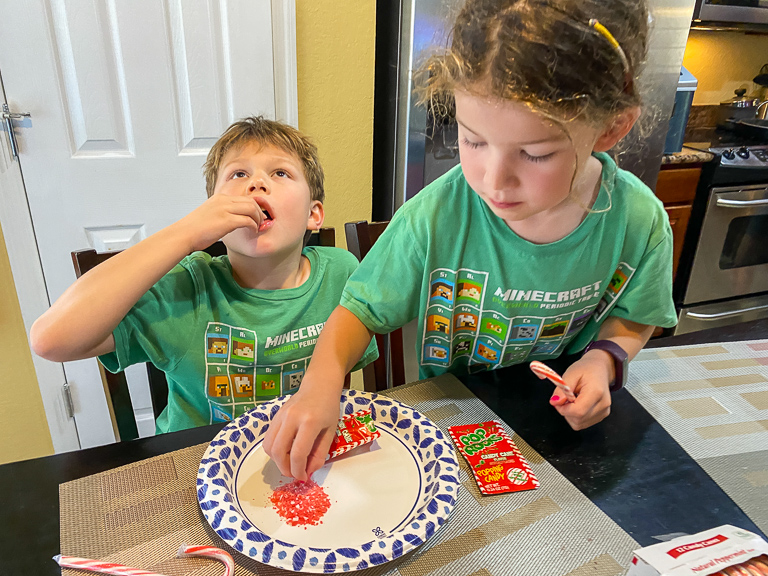 The real Spangler candy canes were next. They have a great peppermint flavor. Do you crunch them or suck on them? I'm usually a cruncher. 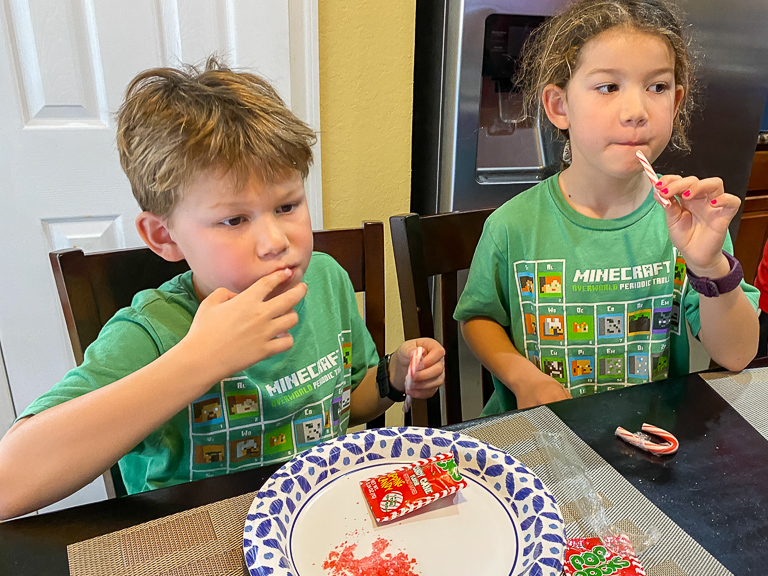 So which is the favorite? We have dissenting opinions today.
Ian likes the Pop Rocks because the candy pops and the candy tastes better.
Alli likes the regular candy cane because you can suck on it for a long time.
Either way, they are both fun Holiday Treats to have around! 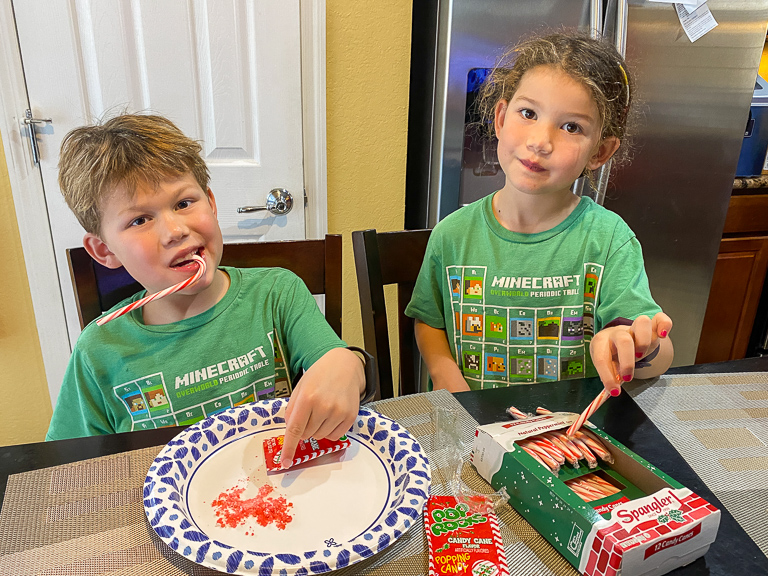