One benefit of doing school from home is that we get to take breaks whenever something really interesting is happening in the world. Just like today! After a 6+ month journey from Earth, the Mars Rover named Perseverance is going to be landing! And I love that NASA does a live-stream of their control room! That makes science super visual and really exciting for the kids.

Ian and Alli both watched the live-stream for an hour before touchdown. The livestream did a great job explaining the mission, what was going to happen, and even showed other kids getting to ask questions. The kids stayed engaged. 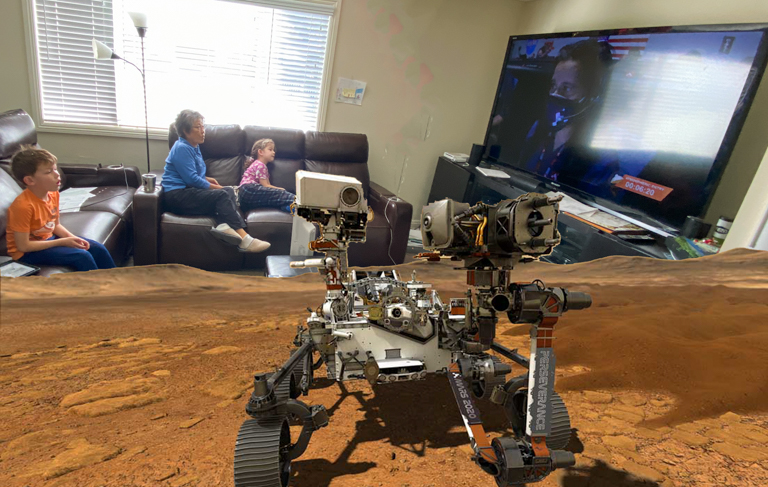 Then with a few minutes before the atmospheric entry, I came down to join them. 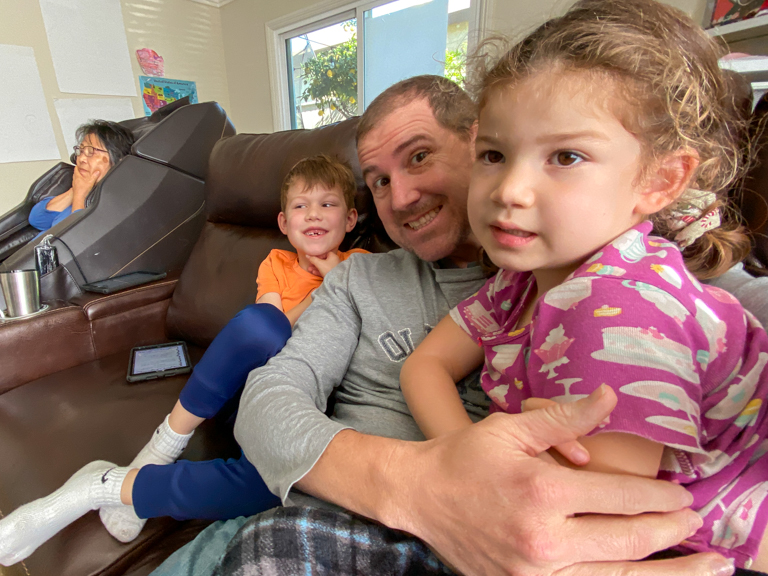 We watched as Perseverance went from 5 kilometers a second (that's like going from our house to Disneyland in 10 seconds!) all the way down to 1 kilometer a second. 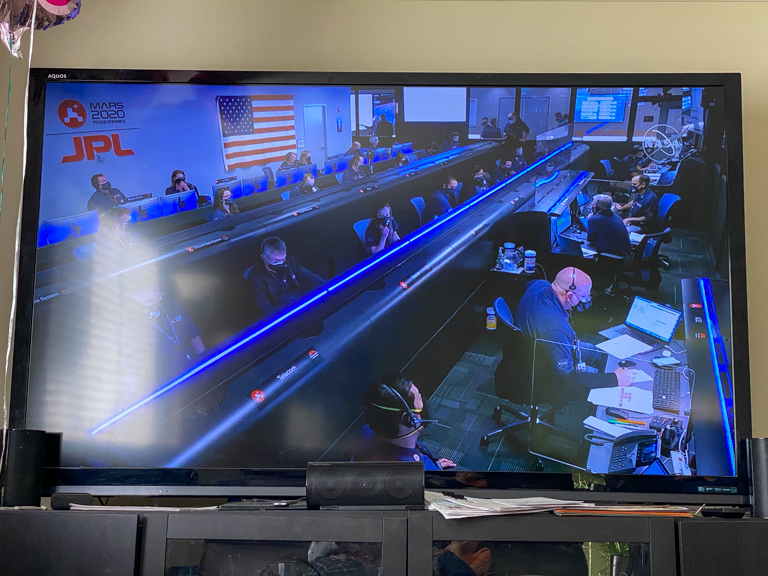 Then we watched the graphic as it showed the parachutes deploying (and we cheered), and all the other stages of the landing. 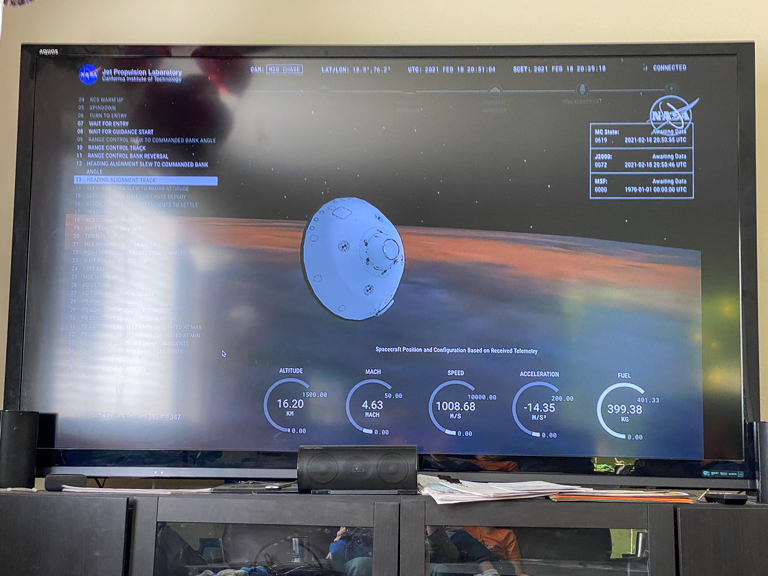 And finally, we watched as Perseverance touched down safely on the surface of Mars! What a thrill! We were all cheering for it!
And it's amazing how fast data can be disseminated these days. Within a few minutes, Perseverance, via her very own Twitter account - Nasa's Perseverance Mars Rover, was already sending out pictures of her new home! Now that's how you make kids interested in science. Ian wants us to let him know immediately if Perseverance finds any fossils on the Mars surface. I promised him that I most definitely would. 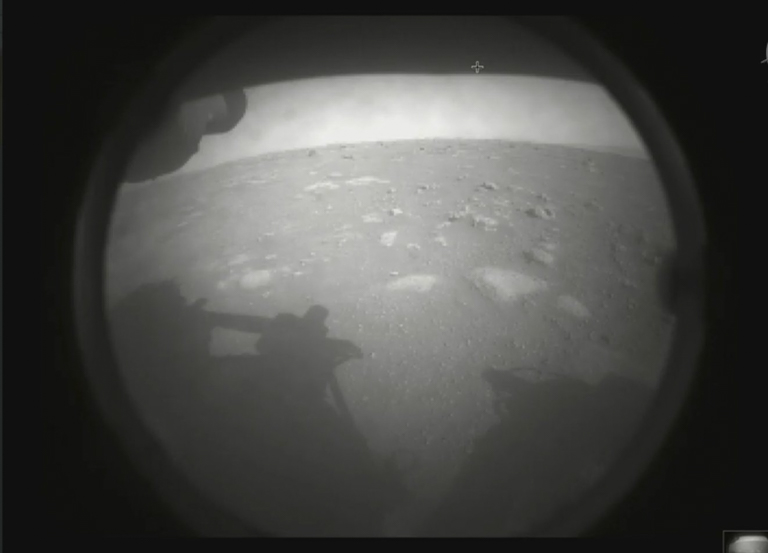