Kids Make Disneyland at Home - Round 2

We're coming up on a year now since we've been to Disneyland. It's a little hard to believe. For a while, we were going every single week as a family! Back in July the kids brought Disneyland home, including snacks, rides, characters, and a lot of fun.
In January, the kids brought Disneyland home again! Alli made the sign. "Wecam to Walt Disny Lanb!" Good enough for a kid who isn't even in Kindergarten yet!
The kids put on Disney clothes special for it. 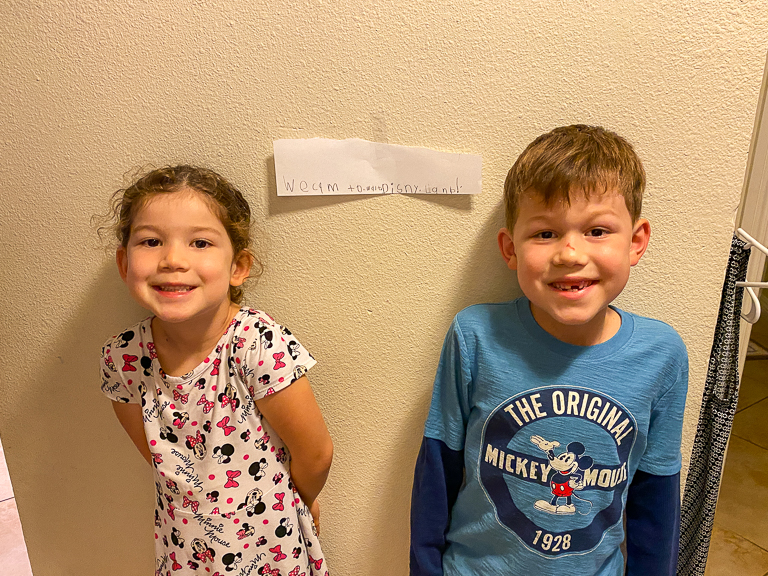 Alli wanted me to get a picture of the Minnie bow she made. It's a red paper with a cut-out, and a piece of pink paper on the back. 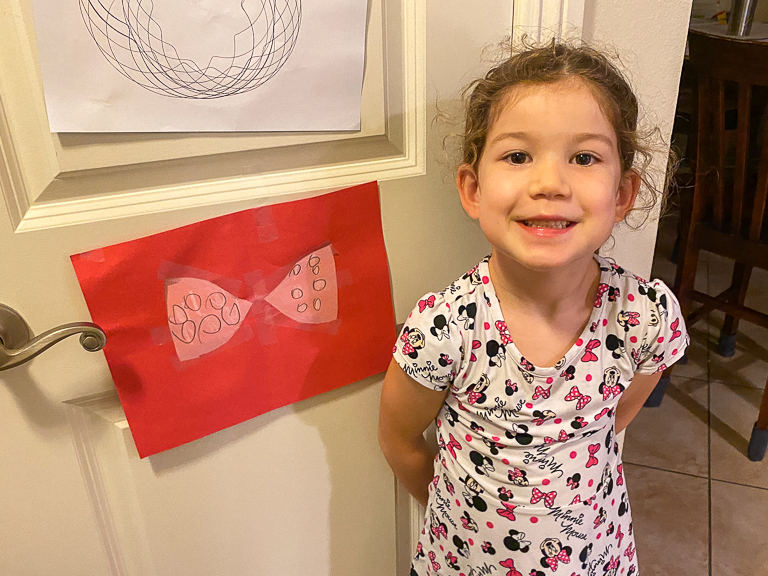 Our Disney castle has been taken over by bears! 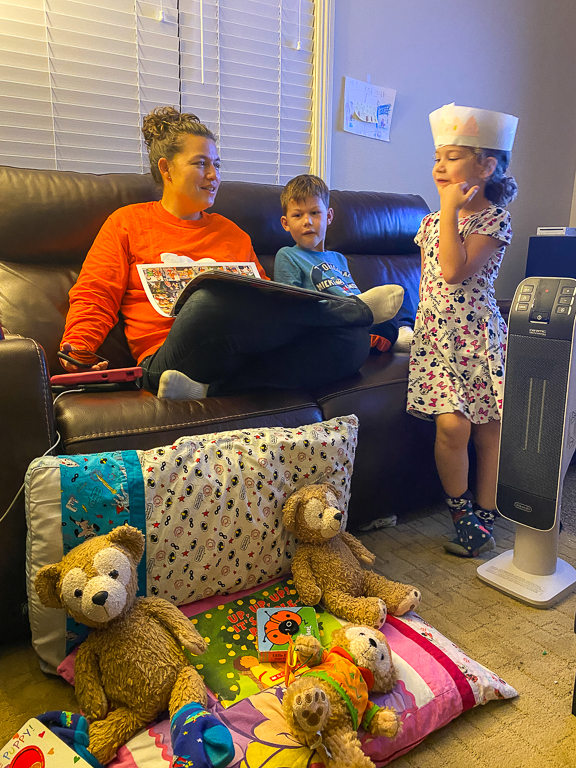 And similar to last time, there's a library in the castle with books to read. 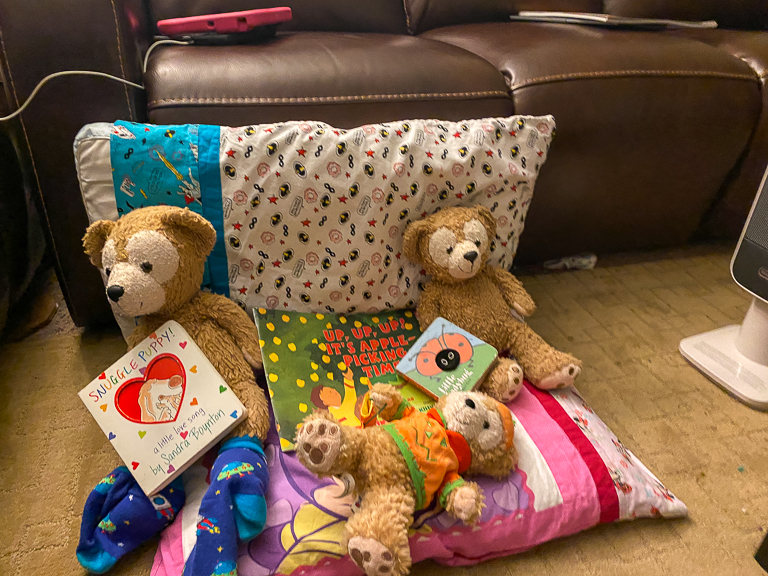 Getting a visit from a princess. Nice crown Alli! 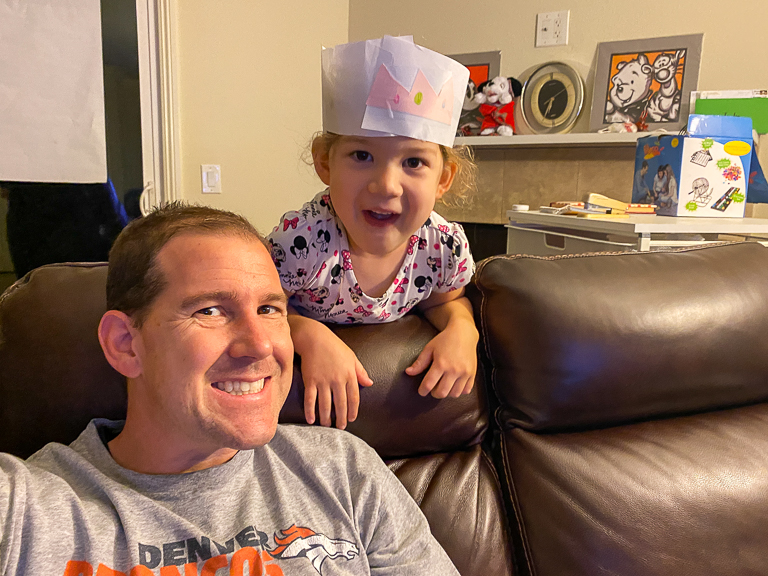 And speaking of characters, I'm going to go meet some! There's a Smiling Mickey Pumpkin and also a Mickey Mouse himself! 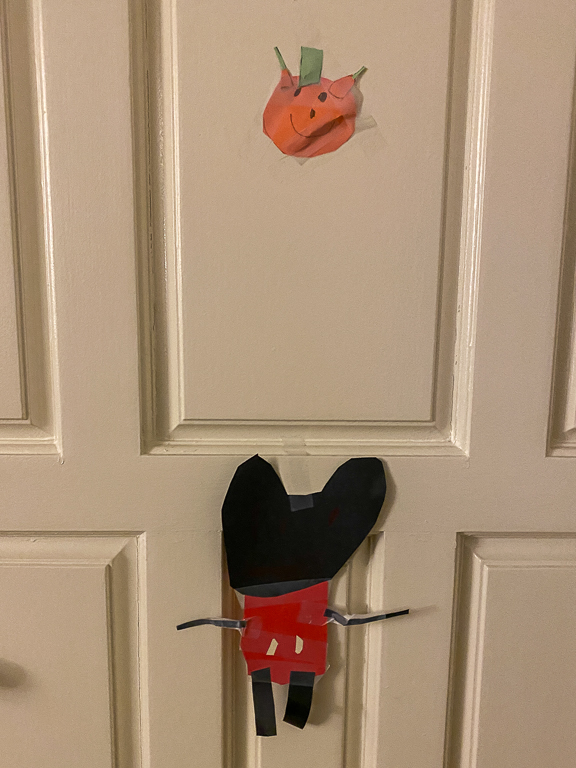 I posed with Mickey and photopass photographer Alli took my pictures with the characters.
Alli - Do you want to see Pluto too?
Of course! 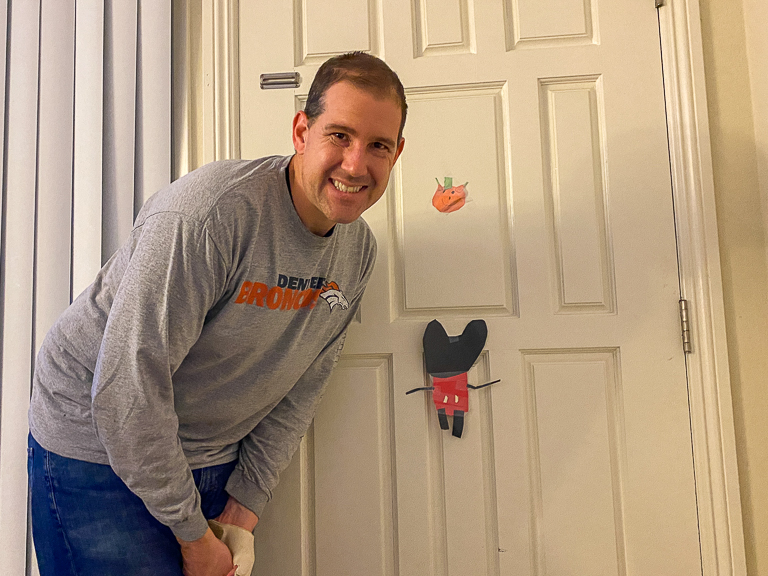 Alli - I forgot to draw his ears.
That's okay Alli. I can see his tongue sticking out. I still want to get my picture with him. 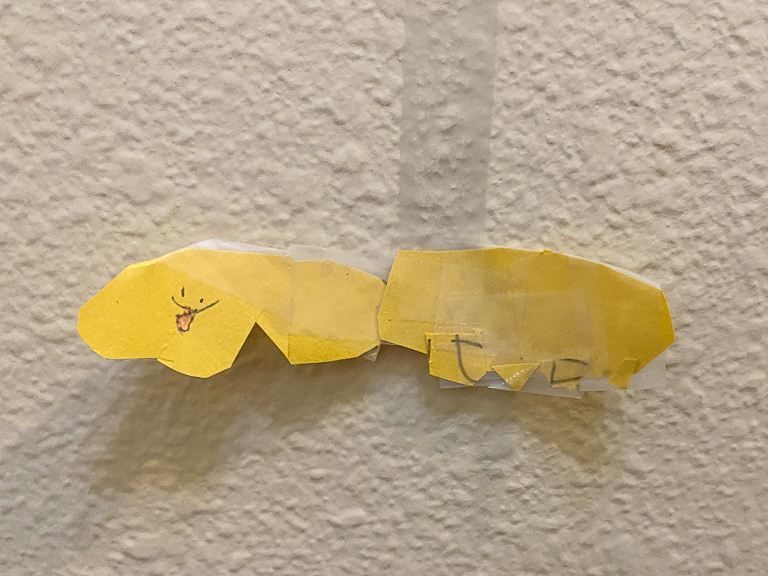 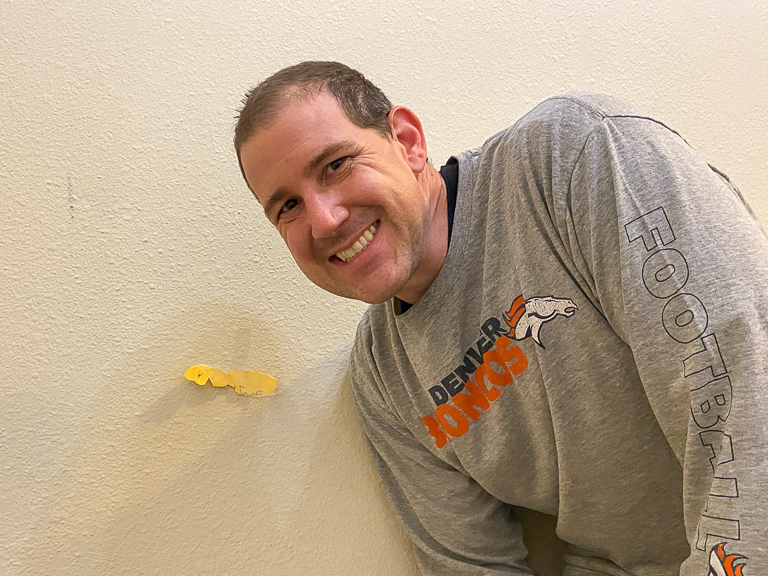 And don't forget the rides! Ian took a ride on Big Thunder Mountain, getting bucked and tossed around. Then I took a ride on Indiana Jones! More of that in the video below. 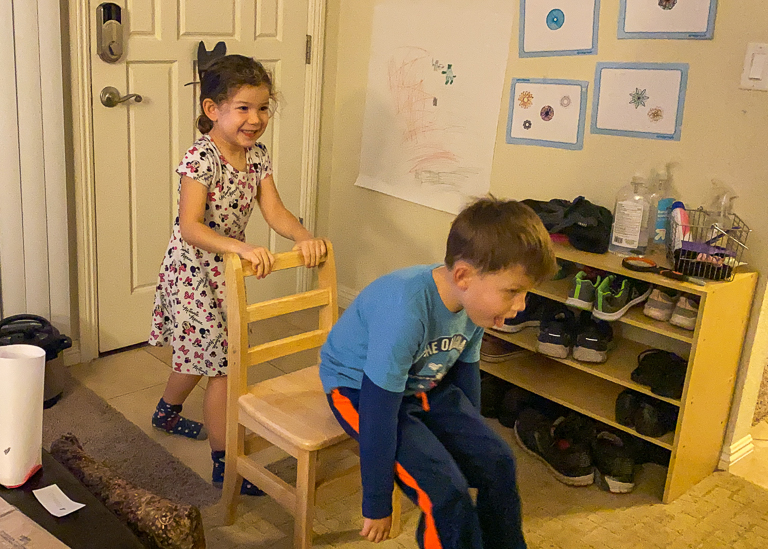 You can't forget snacks. That's another delicious part of Disneyland. Last time, the kids gave us a $100 gift card to spend. Popcorn! Look at those awesome popcorn boxes Ian and Alli made! These are just the plain popcorn bags you get when you purchase popcorn. Or... 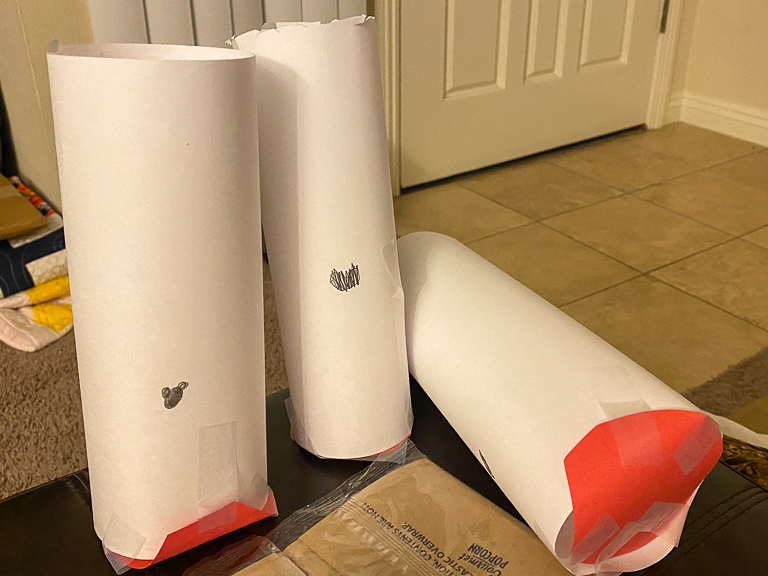 You can upgrade to this special Premium popcorn bag that Alli made. There's the regular tube down the middle that can hold popcorn, plus extra pockets on the side where you can keep even more stuff. 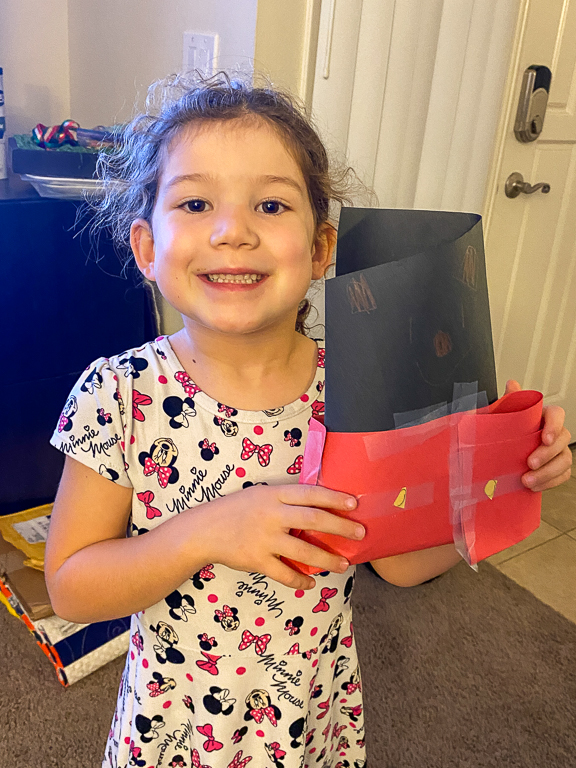 That is adorable Alli. I love the creativity. 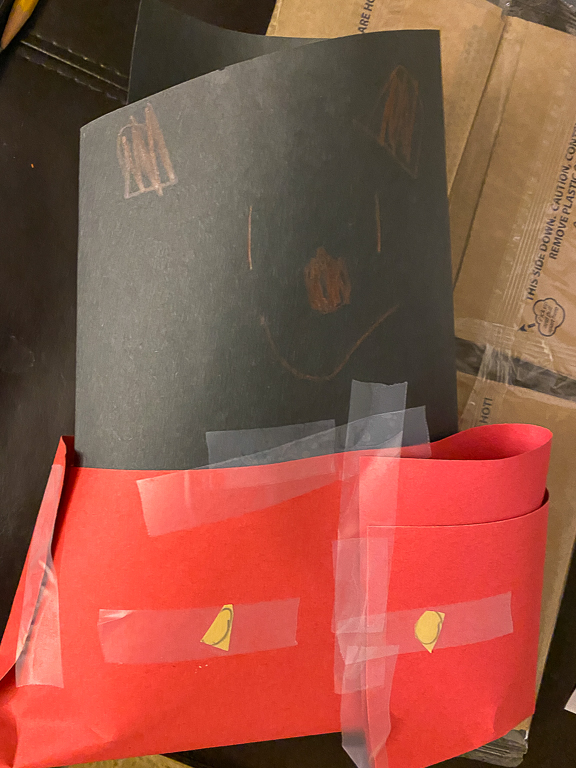 The kids even grabbed bags of microwave popcorn for us to make so we can fill up the bags. 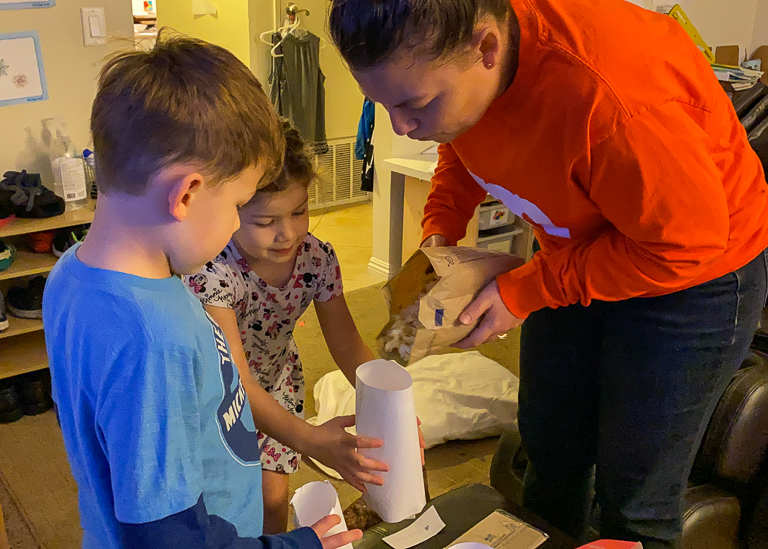 Everyone settled in to the couches and we all watched movies together as a family. Kids, you are awesome at making things special, and I love the creativity. Keep that Disney spirit alive! 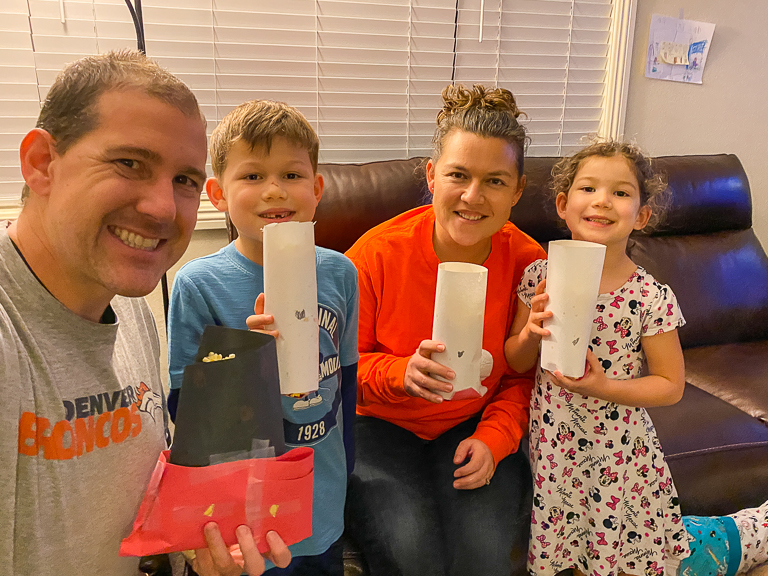 And we'll finish off with some video. Love it!