It's National Tater Tot Day! We love those tasty potato puffs. So much that we buy them in giant 8 pound bags! 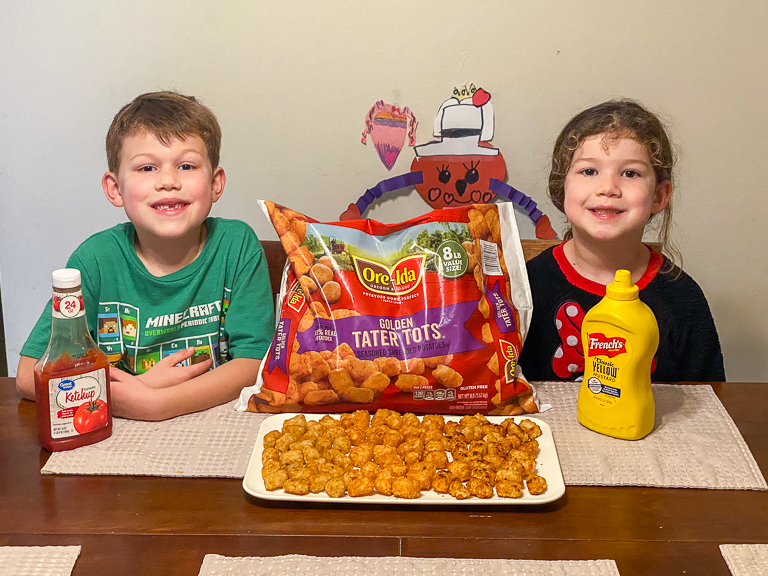 And it wouldn't be a Flowers' taste test comparison if we weren't trying them a few different ways, would it? 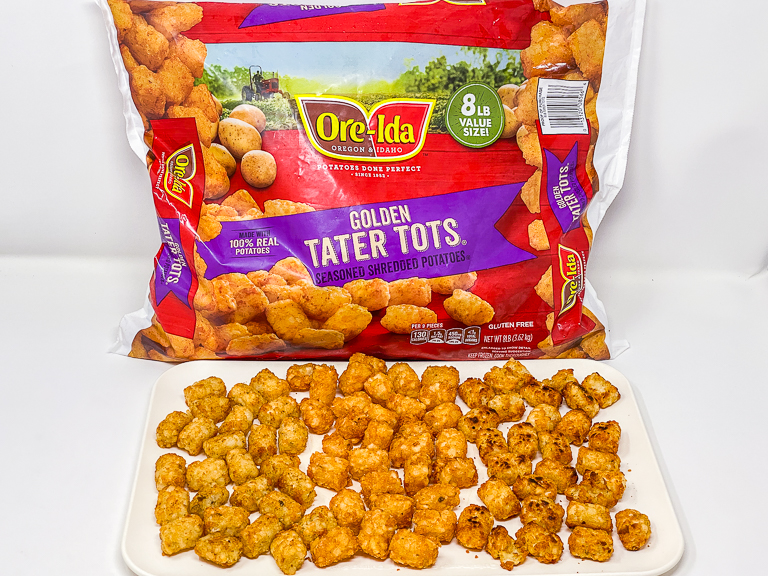 Way back in 1949, brothers Nephi and Golden Grigg had rented a food plant near the Oregon and Idaho border. They made French Fries, but the scraps from making all those fries was sent to feed the cows. What a waste! They figured out a way to shred and form those bits into logs, making the tasty tots that we love today! Their company was Oregon Foods, but in 1952, they formed the company Ore-Ida out of the two states where their crops were grown! 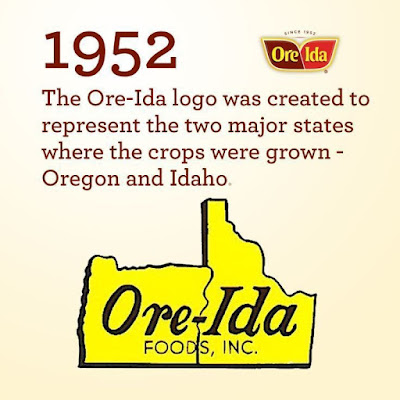 The back of the bag has recommendations for how to make them. 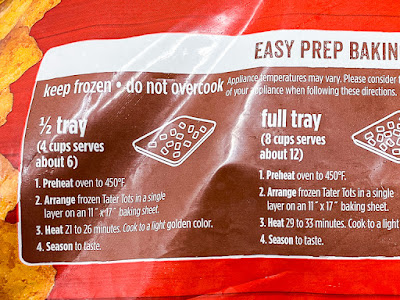 I cranked the toaster oven up to 450F and baked them for the full 26 minutes. 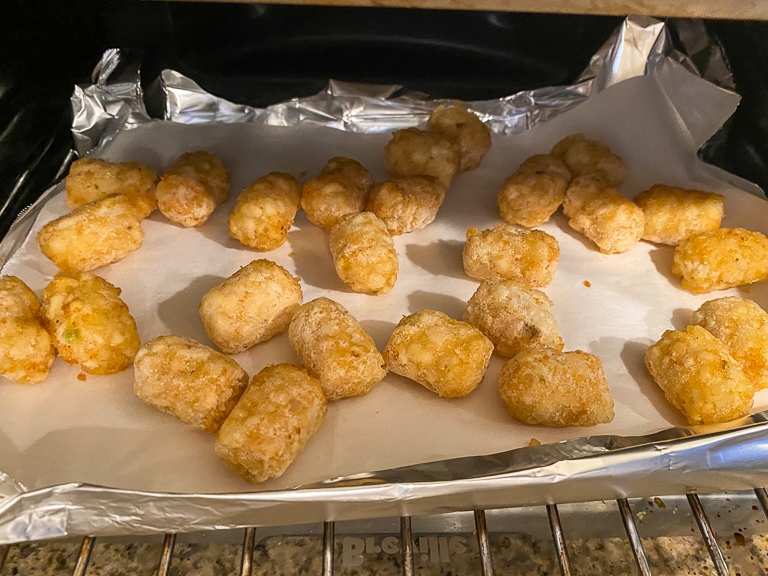 Another option is deep frying. 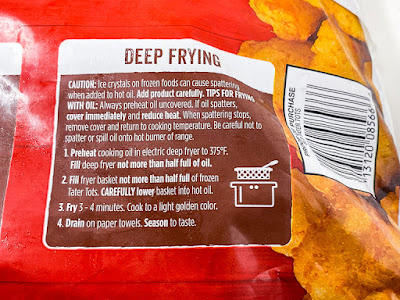 Using a couple thermometers, and a large pan with lots of oil (so it doesn't cool down too much when I add the frozen tots) I cook another batch for 3 minutes. 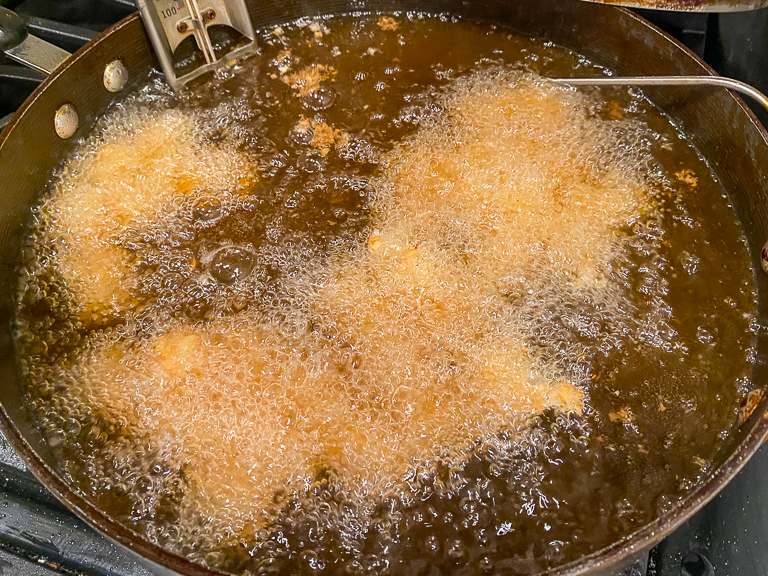 This last method I the one that I actually use whenever I'm making tots for the family. I crank up the oven to 550F (the hottest it goes) and make sure the pan gets heated up with it. You can't have a silicon mat on it because it's not going to like that kind of heat. Even the parchment starts to discolor at those temperatures, but you'll see why I do it shortly. I give them a shake every 5 minutes or so, and bake them for 20 minutes. 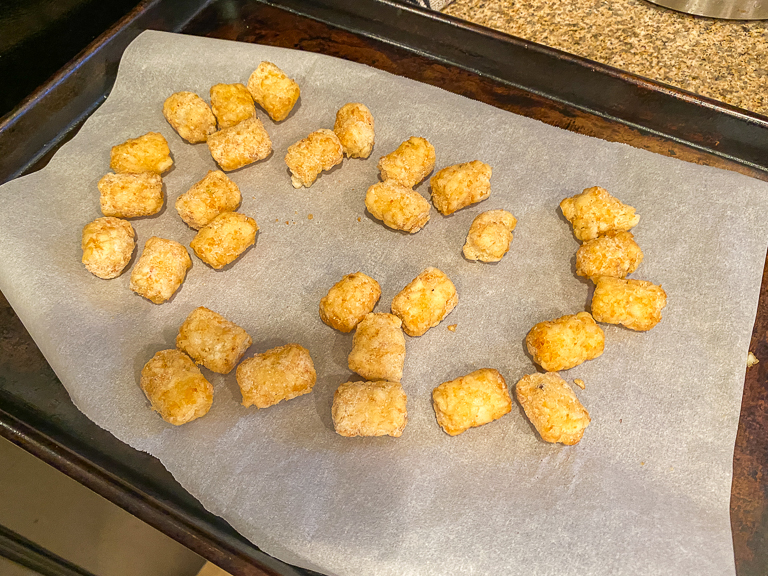 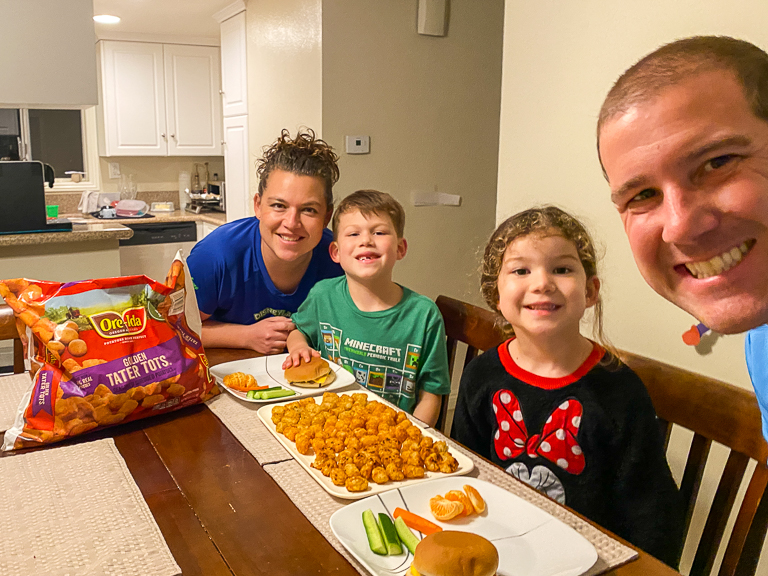 First up are the original baked tots. My main problem with these is that even at 26 minutes at 450F, they are not very crispy. Even when you spread them out, giving them the best chance at getting crunchy, they are soft. 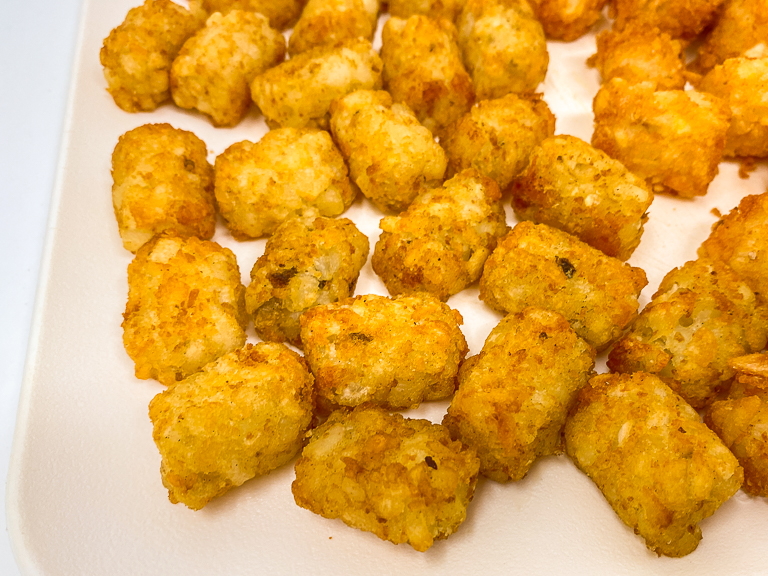 Next are the deep fried nuggets. There's no question that these are crispy. It really reminds me of a fresh McDonald's hash brown. And if you get your oil temperatures and times right, it's not overly greasy. 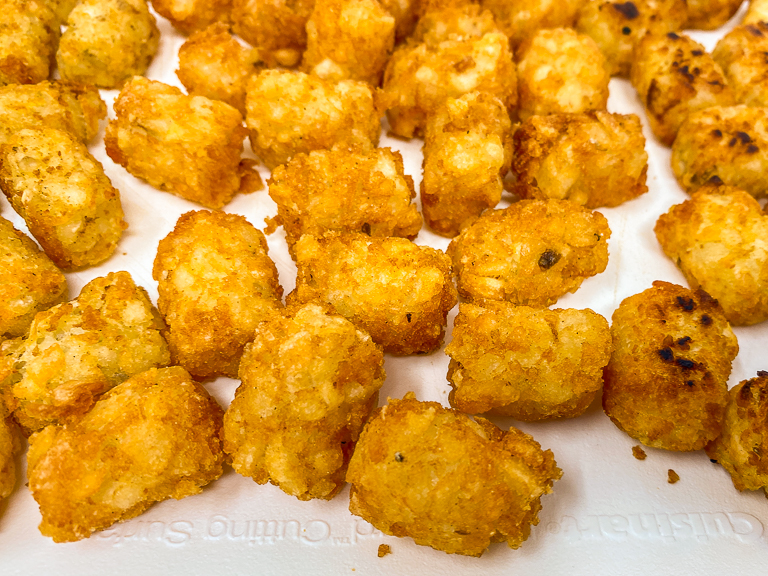 Last up are what the kids call "Daddy's tots". The extra high temperatures have made them crisp up nicely. If you keep a closer eye on them, you might be able to avoid some of those dark spots. 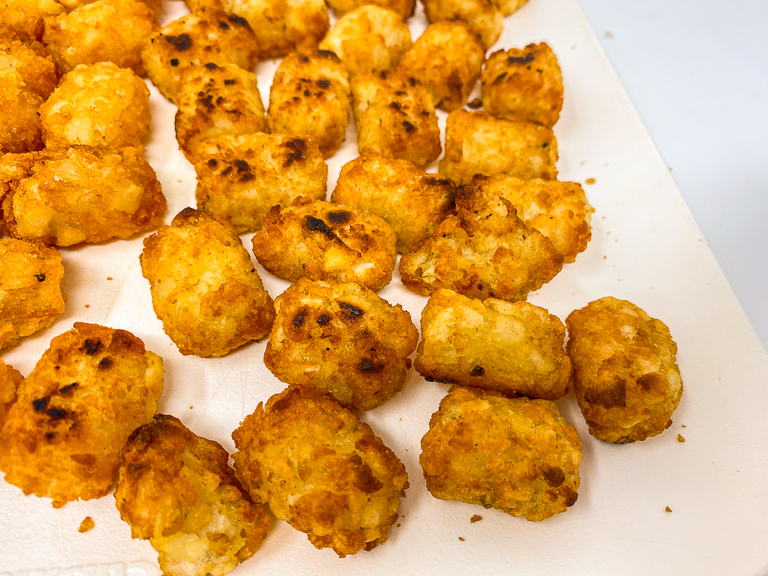 Alli has tried all three and has taken a nibble from each. 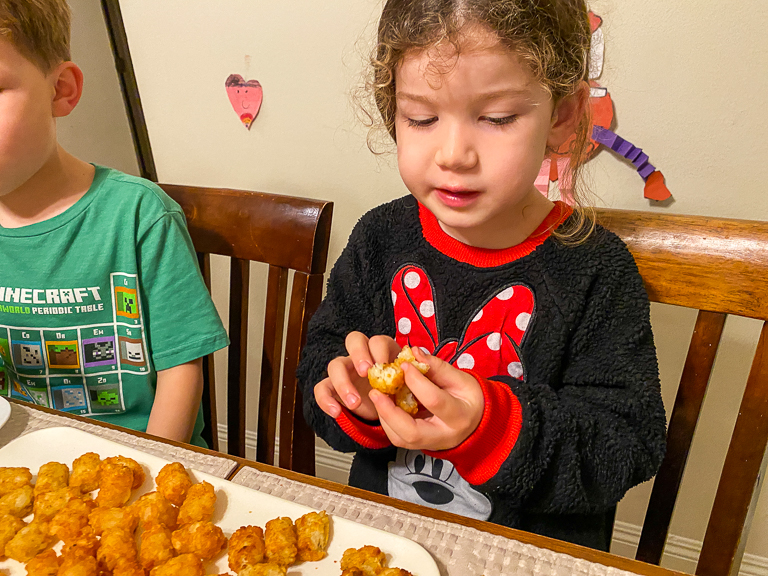 Which one is her favorite?
Alli - First the baked one, then Daddy's, then the fried ones.
Huh. That surprises me. She said that the fried ones are too crispy. Daddy's are less crispy. And the soft ones are the best. 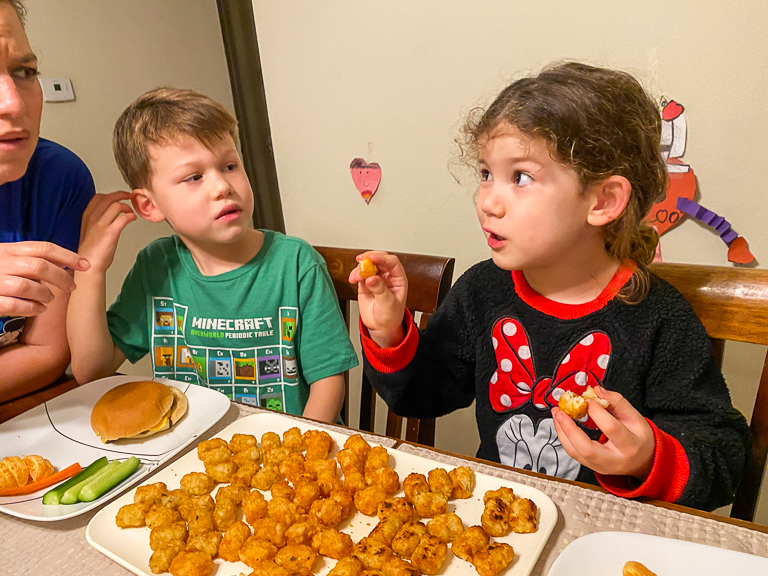 The rest of us had other ideas for what makes a good tater tot. The remaining three of us voted for the deep fried tater tots. But, it's not always convenient to get oil heated up, so I've come up with my alternative. A convection oven or an air fryer would likely work well, but I don't have access to either, so I just make up for it with heat! 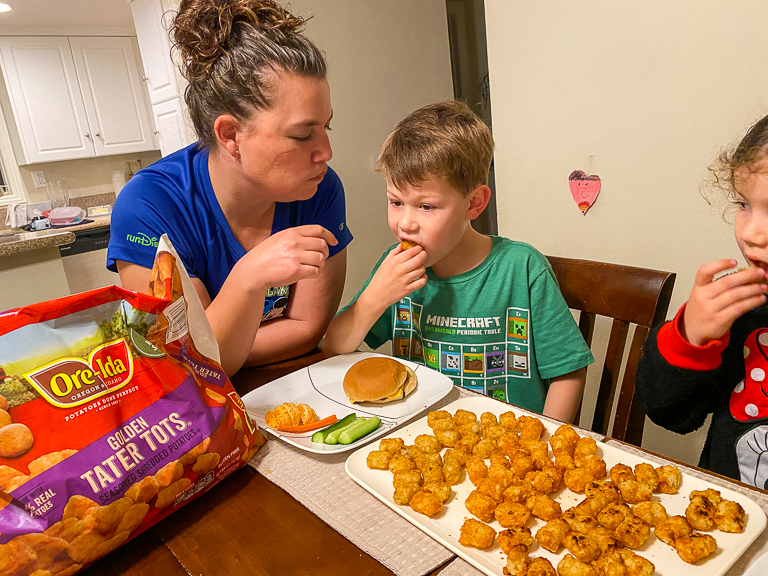 This was a fun experiment. For dinner, what better to go with our tots than some hamburgers!
Happy National Tater Tot Day! 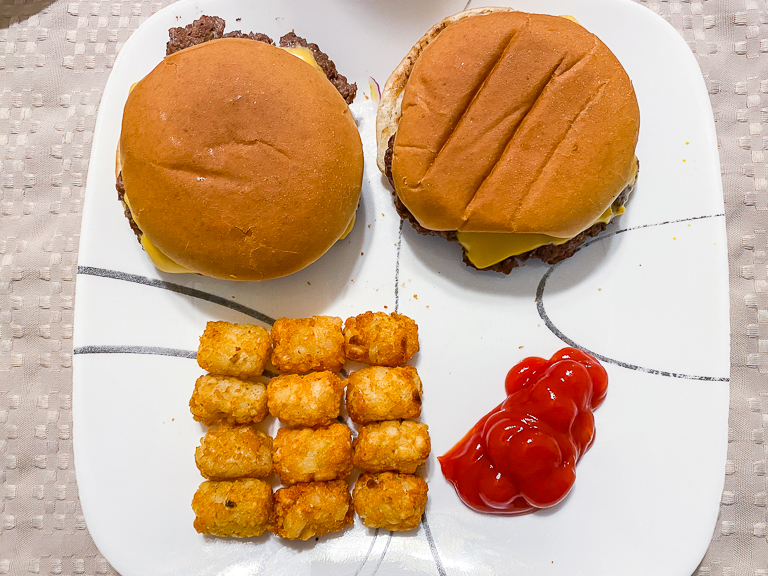