Today is National Homemade Soup Day! It doesn't say canned soup day, it says homemade soup day. That's no problem for this household. With a lot of soup lovers in the family, we regularly have 1-2 different kinds of soup in the fridge. 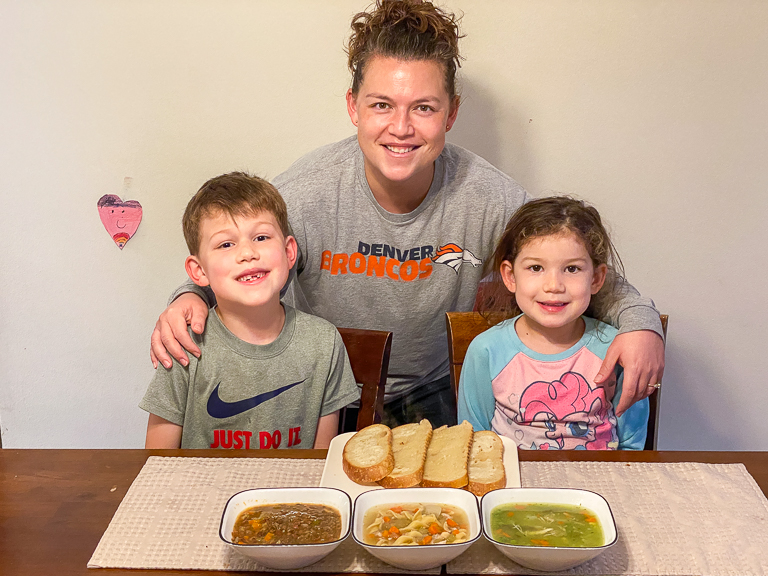 One of the great parts about homemade soup is that you can make a bunch of it on the weekend, and let it sit in the fridge until you're ready for it. It's only going to get tastier as it sits longer. Theresa is starting with the AmericasCuisine.com recipe for Aguadito de Pollo. She peeled a few potatoes. 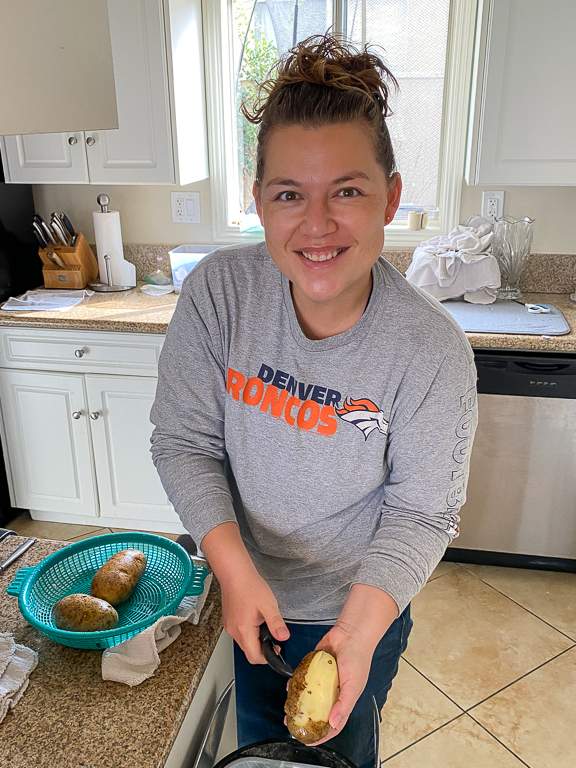 Which went into a big soup pot with a rotisserie chicken that we had eaten a little off of for lunch, then saved the rest for the soup. 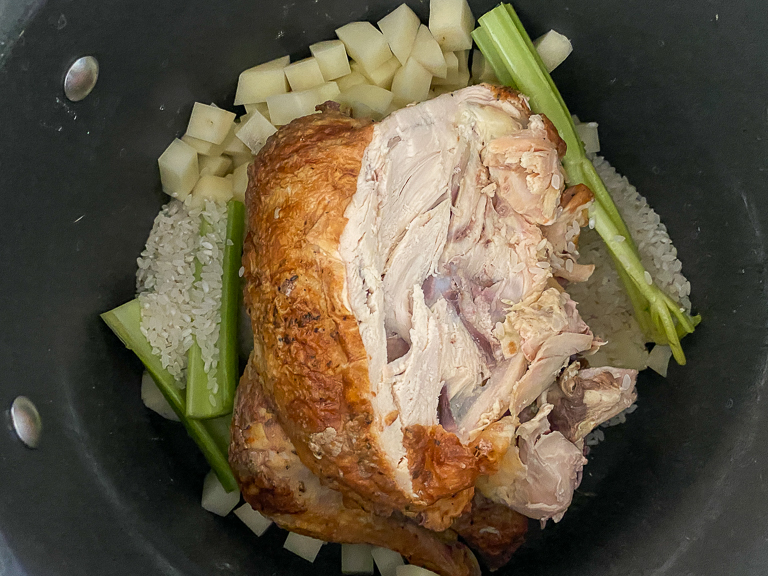 It still cracks me up when I see Theresa and her mom using this empty soy sauce bottle as their garlic smasher. We've got other kitchen tools that will do the job, but both insist on using it. 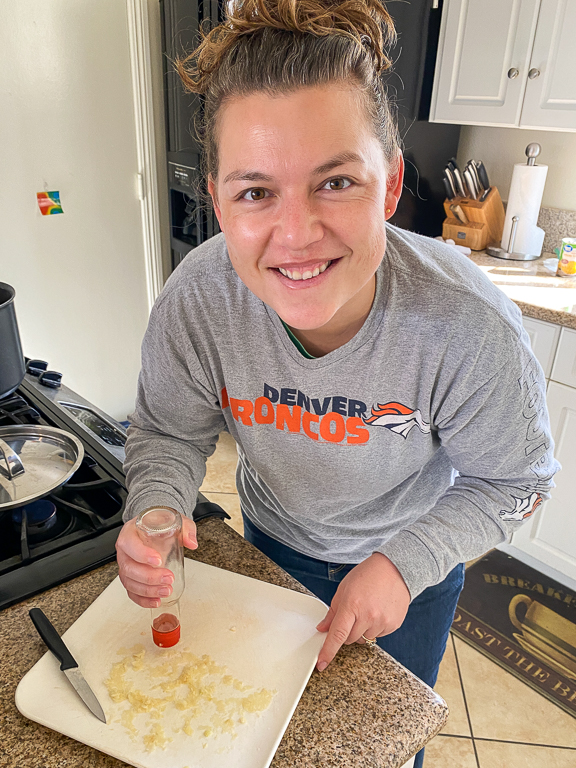 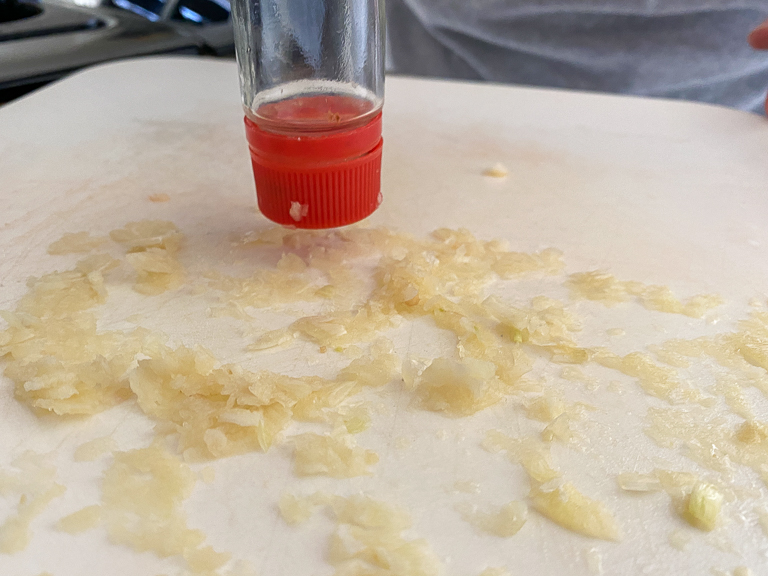 After boiling the chicken for 30 minutes or so, the entire bird came out and Theresa went to work separating the meat from the rest of it. 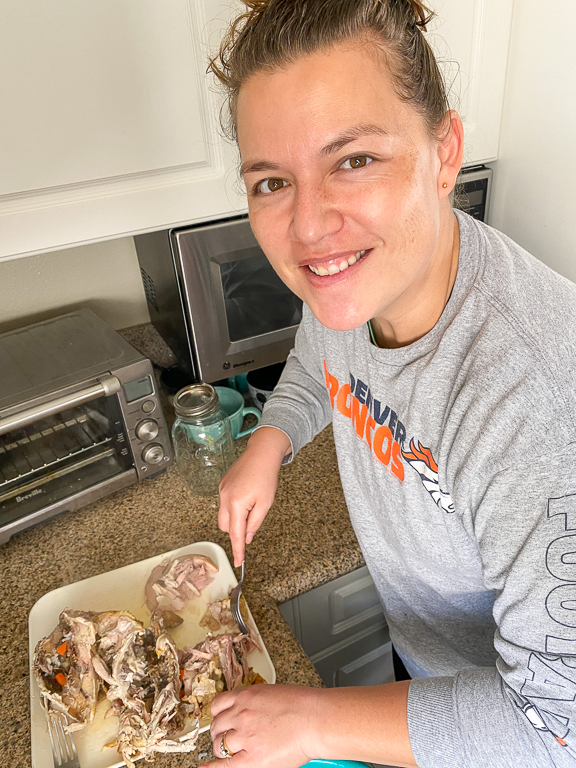 Cilantro went into the food processor to get destroyed. 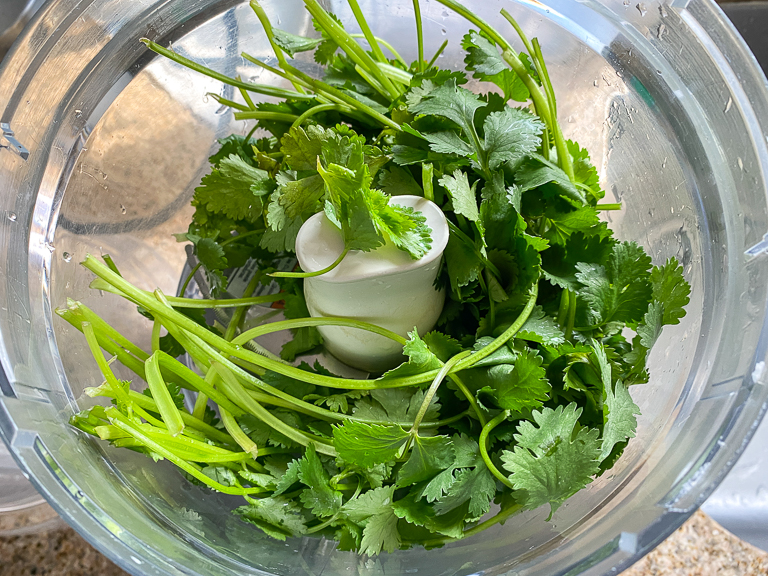 Then everything went back into the pot to simmer. 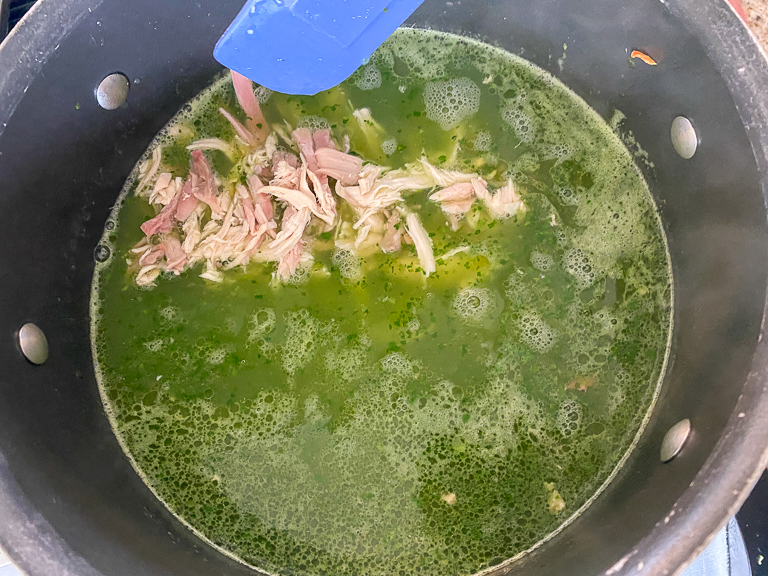 Along with that soup, we're also having a delicious Lentil and Ham soup from allrecipes.com. We've made it with and without ham, and boy does that ham make a big difference. It's 10 times better with the ham. This cooked in a crock pot for 11 hours. We finished it off on the stove. 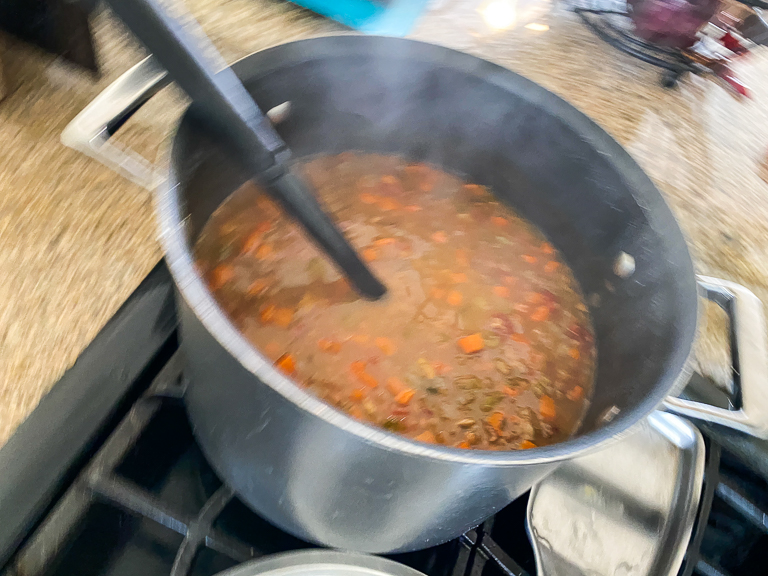 Lastly Chi made a homemade chicken noodle soup out of a whole fryer chicken from a recipe she had found. 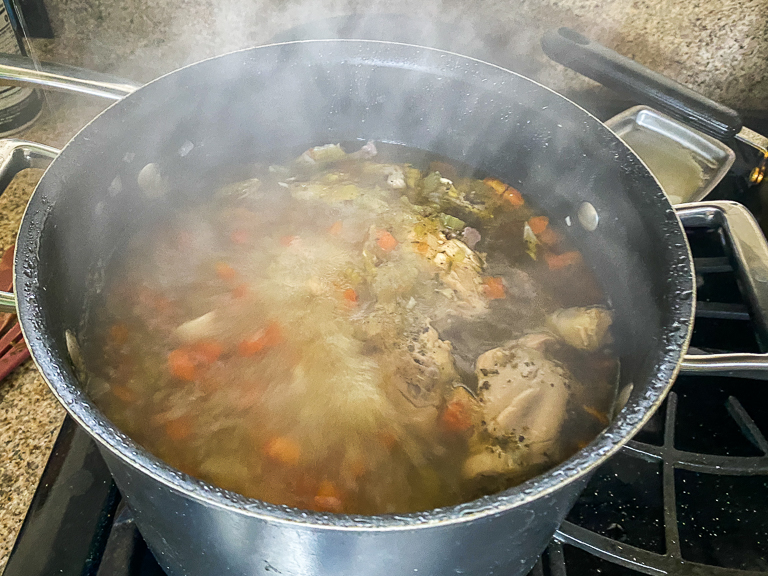 Missing tonight are the split pea soup that Theresa makes that I also love, and one of Alli's favorite's the Olive Garden Pasta e Fagioli. Because really, 5 soups? That's a little excessive, don't you think?

From the Book of Armaments, Chapter 2. "Three shall be the number thou shalt count, and the number of the counting shall be three. Four shalt thou not count. Neither count thou two, excepting that thou then proceed to three. Five is right out."
See? Three soups. 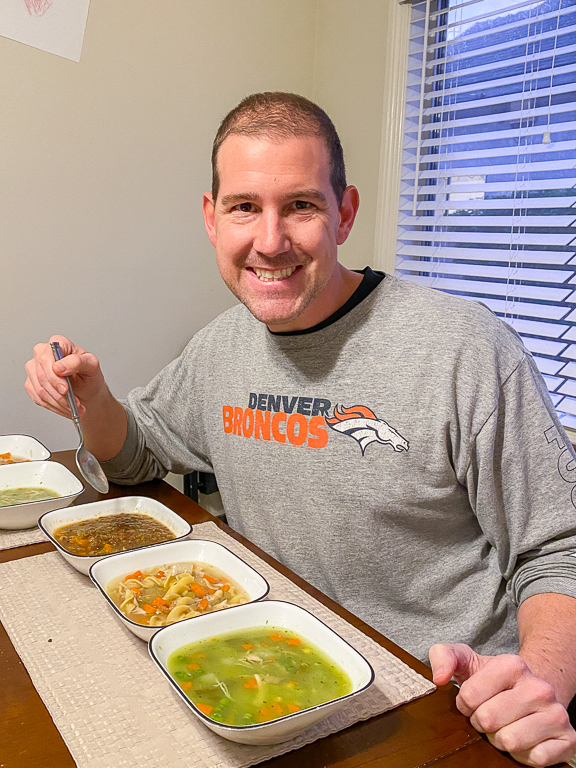 Soup is one of this little girl's favorite foods, so you know she was loving this day. 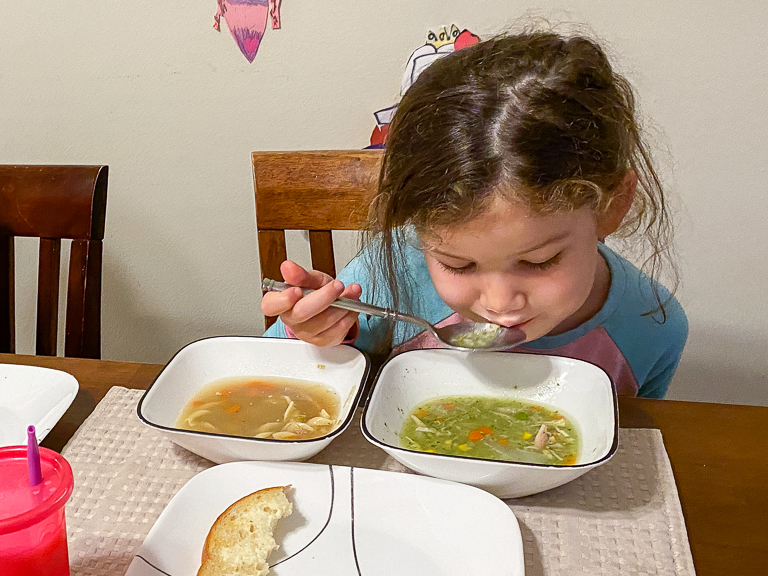 Big thumbs up from the kids. National Soup Day is a hit. 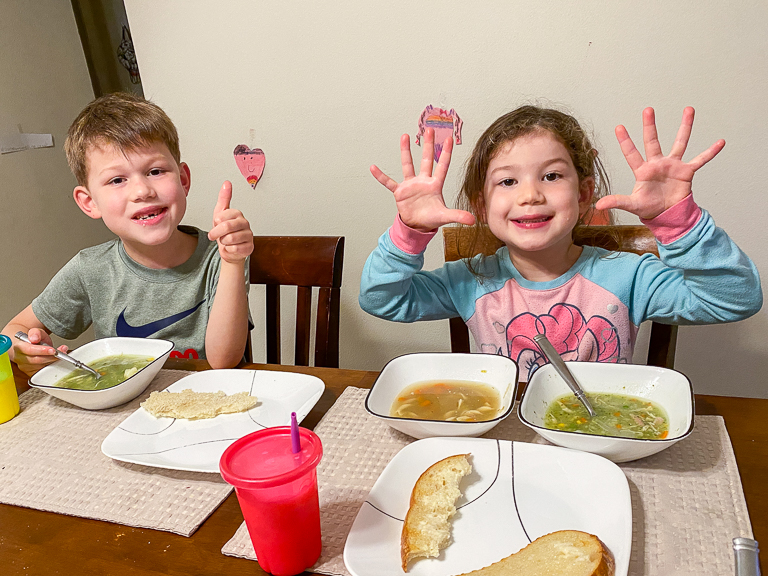 And I cleaned my bowls too. It was warm and tasty for these cool winter months in Southern California! 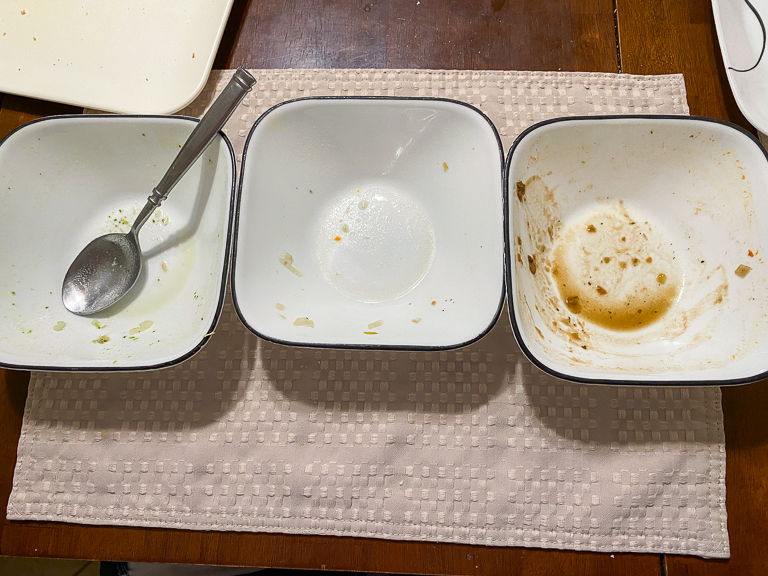