Today is not just a National Day. It's a World Day! February 5th is a day for the whole world to celebrate World Nutella Day! And I don't know if Oreo was thinking ahead or what, but just recently they came out with their Chocolate Hazelnut creme Oreo cookies. 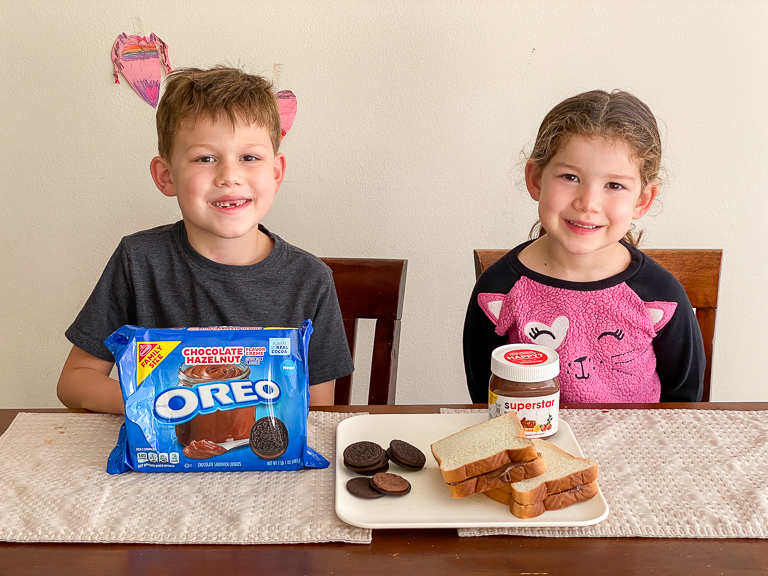 We're going to eat both the Chocolate Hazelnut Oreos and some Nutella sandwiches. We'll compare the two and see what we like best! 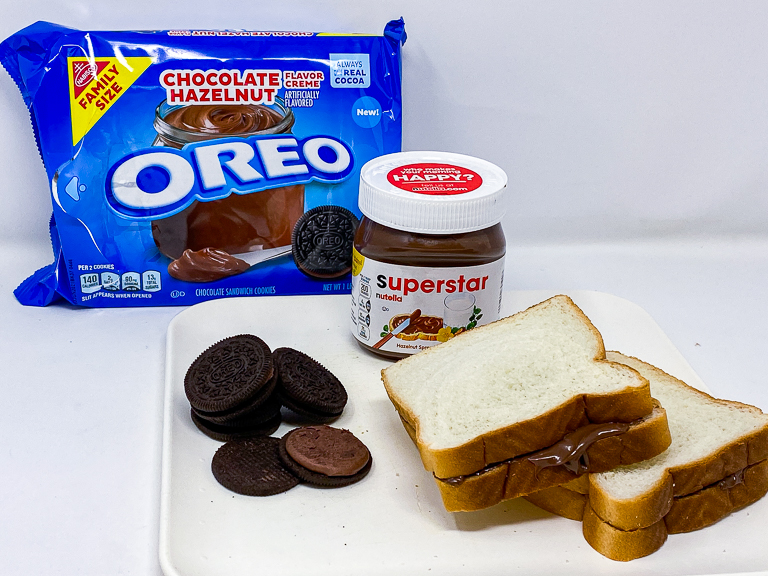 The creme filling inside the Oreos is a light brown color, very similar to our Nutella sandwiches. 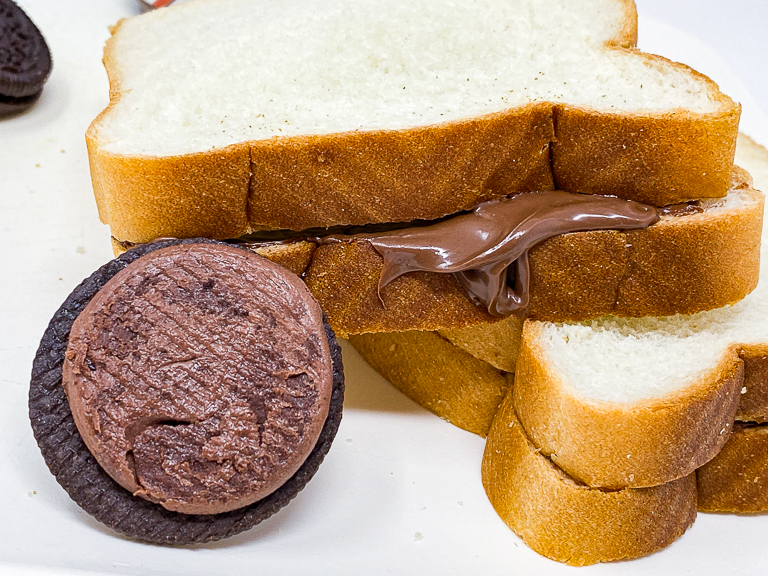 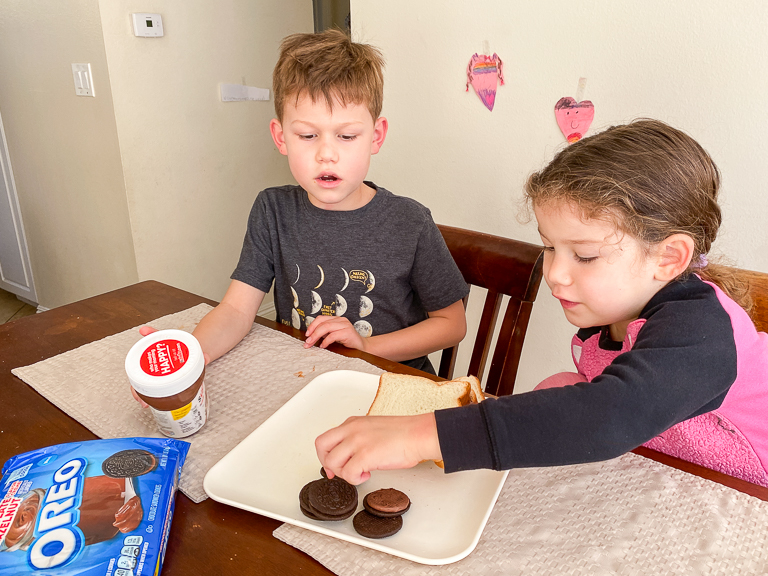 First up, we're trying the cookie. Ian's already missing one front tooth and his other one is loose, so he's having a hard time biting through that crunchy cookie.
These Oreo cookies are delicious! If there's a way to improve on Nutella, this is it! I tasted the creme filling by itself and it's exactly what I think Nutella should taste like. Just a little bit different texture. Add in the crunchy chocolatey cookie of the Oreo and you've got a winner. 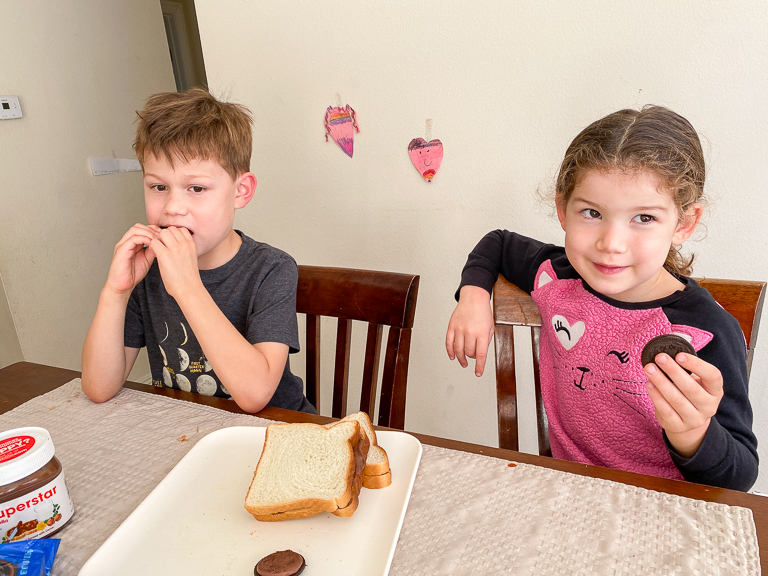 And as for the sandwich? Ian took a look at it and asked "A Chocolate Sandwich?"
Yep, pretty much. There's hazelnuts in it, but they're the third ingredient after sugar and palm oil. It's definitely less healthy than peanut butter. 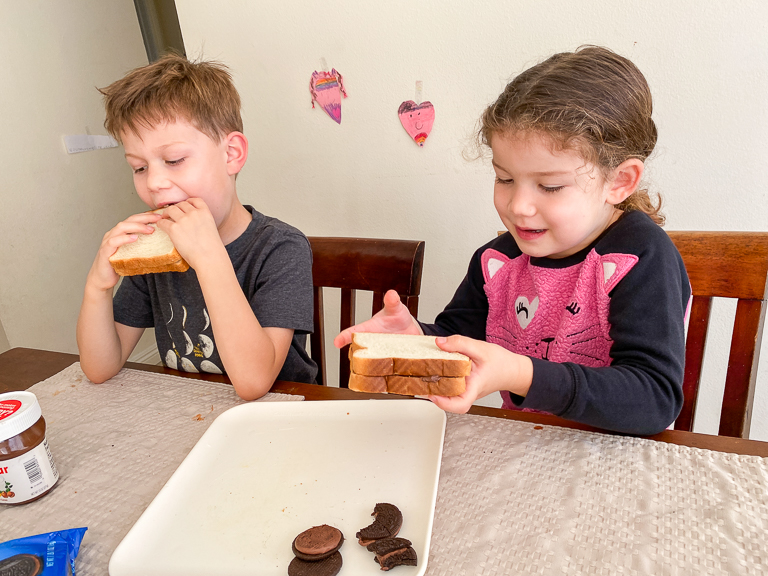 But it's certainly tasty! Thumbs up for both the Chocolate Hazelnut Oreos and the Nutella sandwiches. 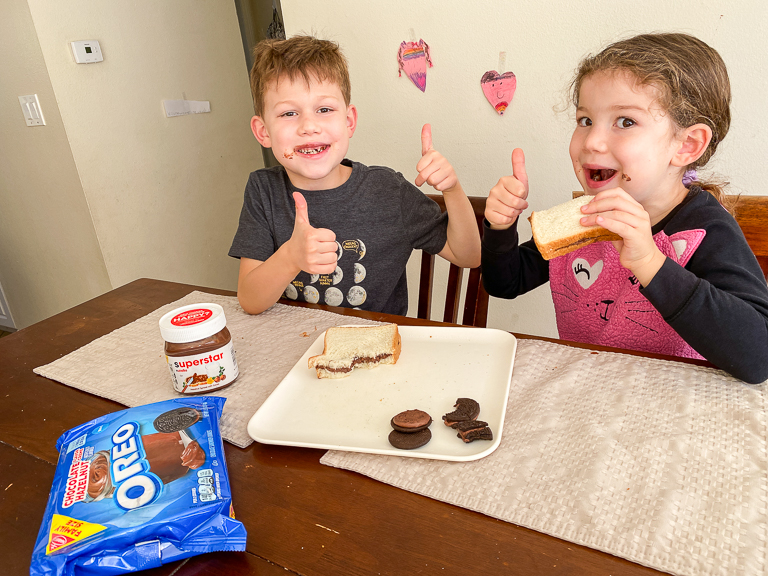 Alli wanted a picture of her holding both. 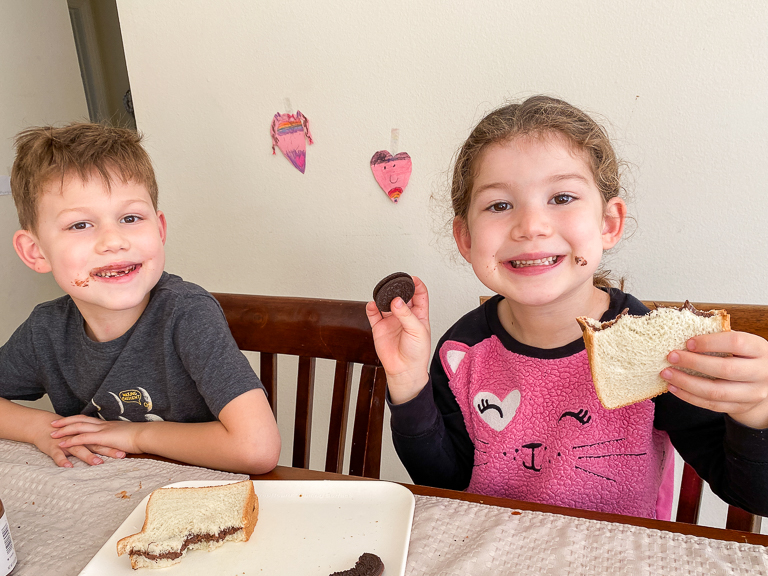 Ian was done with his sandwich and ran off to jump on the trampoline. Alli continued hers and observed that their sandwiches together would make a whole sandwich. 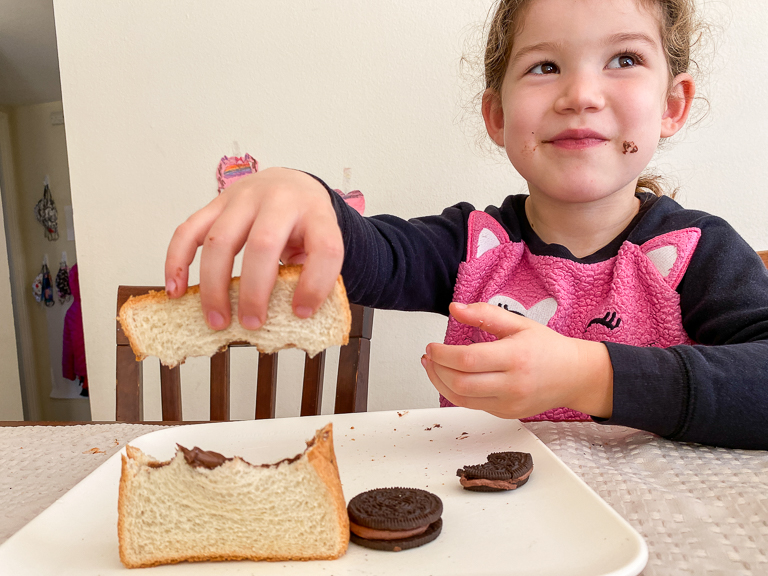 But it wouldn't last for long. She gobbled up the rest.
We tried it with a little bit of peanut butter on the sandwich too, but even a little peanut butter overwhelms the flavor of the Nutella. 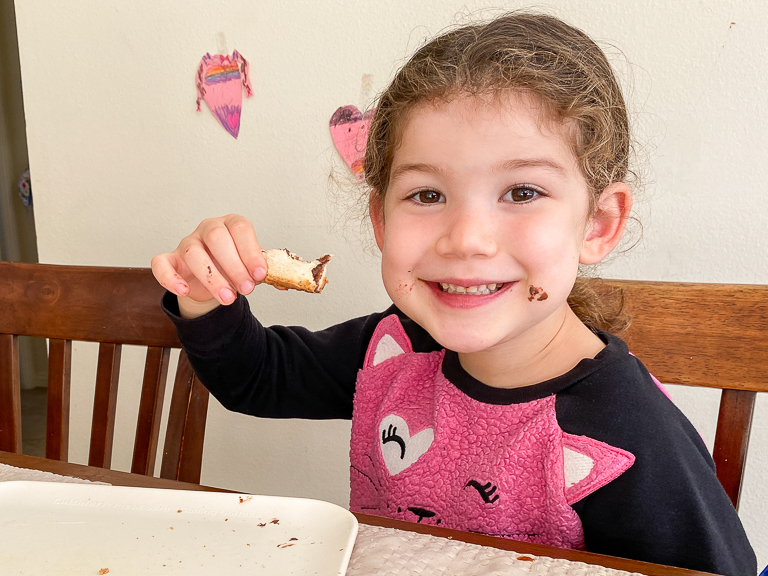 It's odd that the back of the packaging is asking us to try two flavors of Oreo that were released more than a year ago. We tried both of these with Aunt Megan when she came out last February, before the pandemic really took off. I remember we were a little disappointed in these. I'm glad these Chocolate Hazelnut ones were so much better! 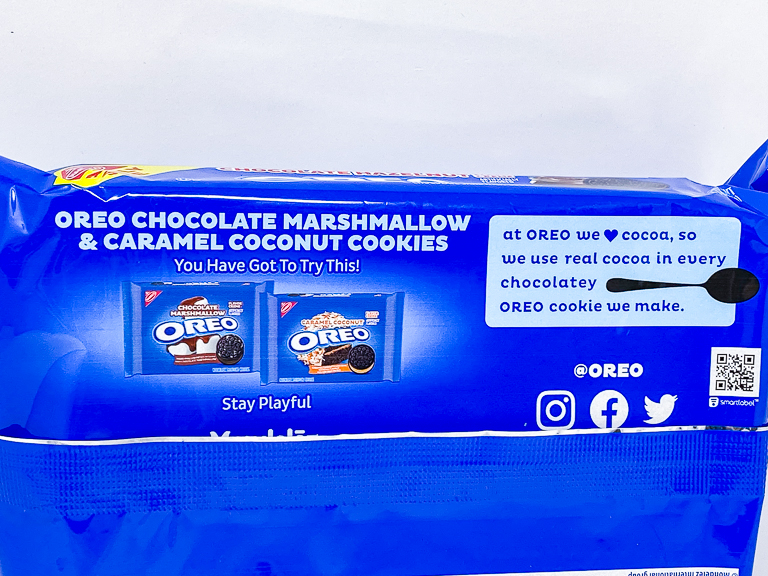