It's been months now since we've been to Disneyland. Both the kids and us have been missing it. So it was a very fun surprise when Ian and Alli told us that they were going to make Disneyland at Home for us!
Welcom to Disnyland! Dad and Mom 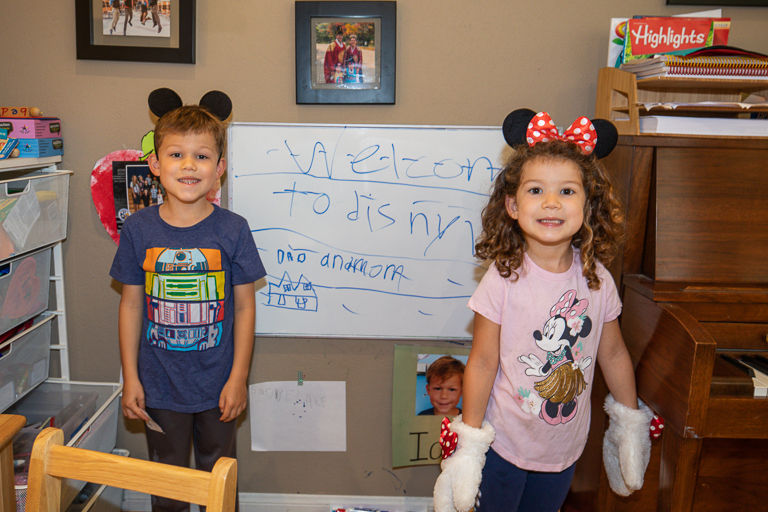 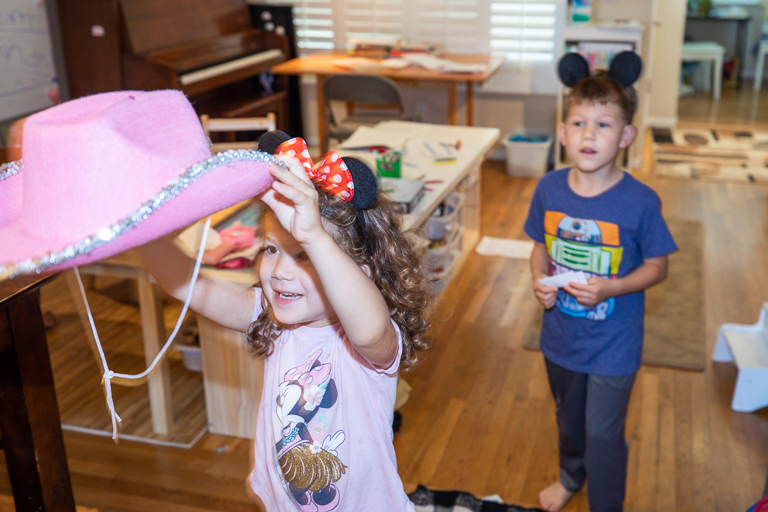 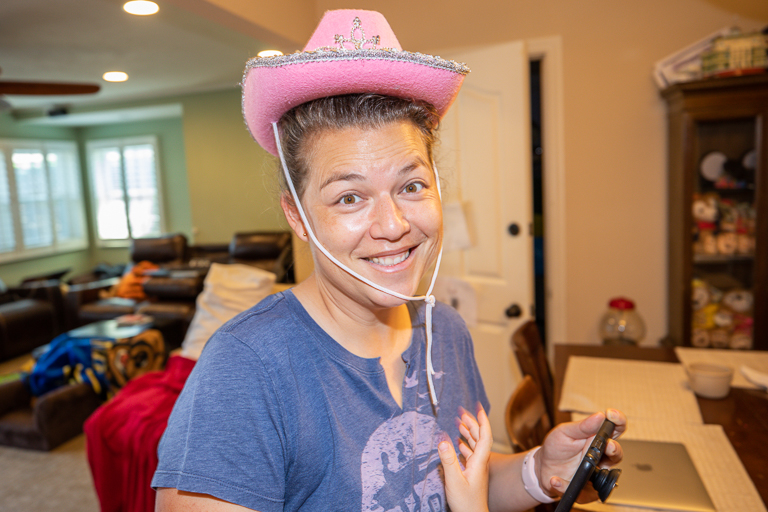 There's food stands here as well! Ian gave both Theresa and I a gift card. 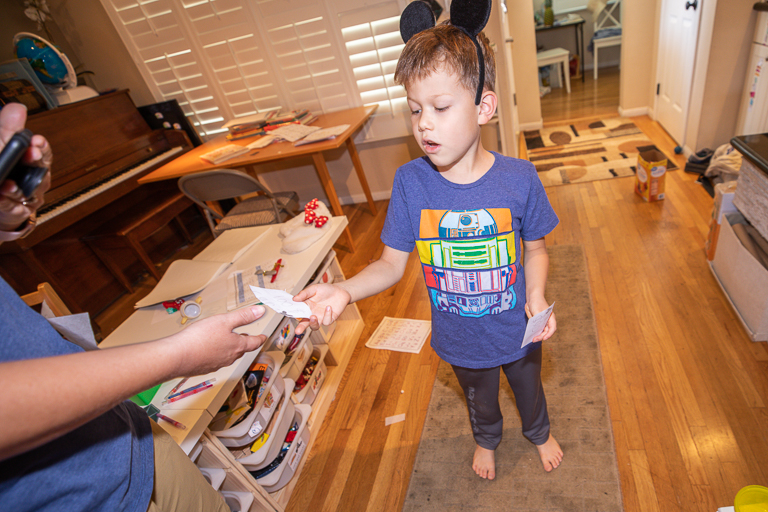 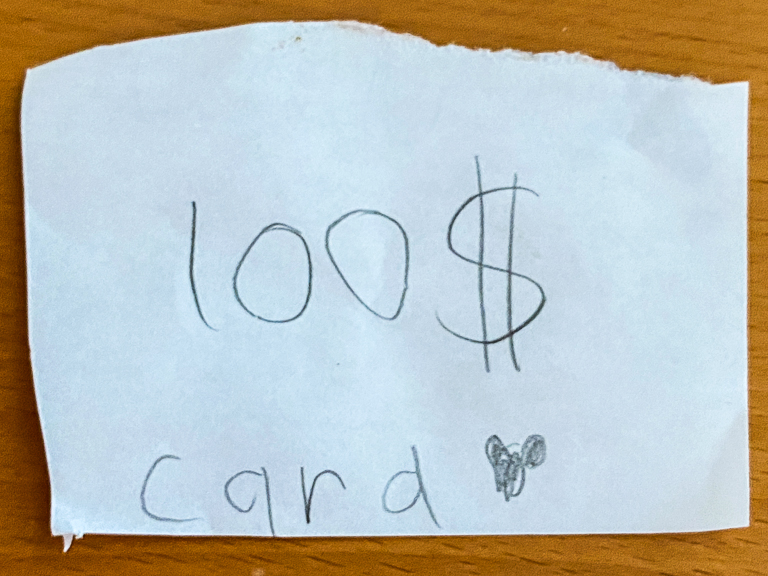 Where can we spend it?
There's a popcorn stand. 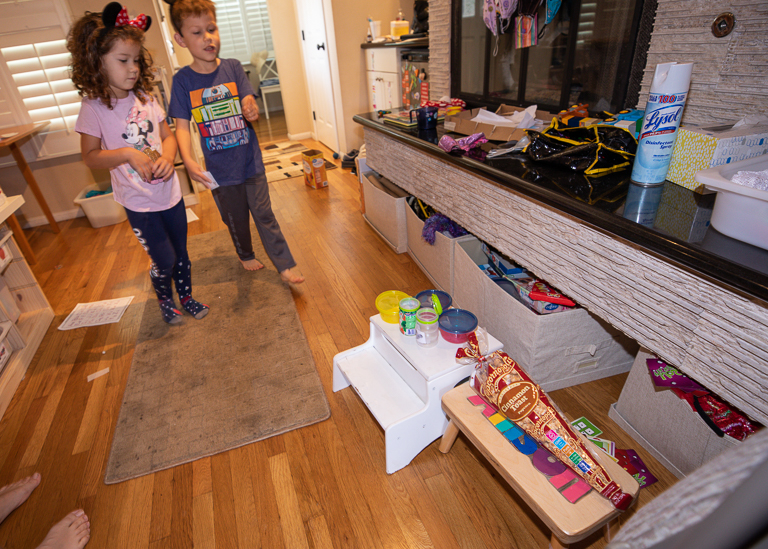 And just like Disneyland, if you want to upgrade to a special bucket, you can get one with a Mickey logo on it. They've put a lot of thought into this one. 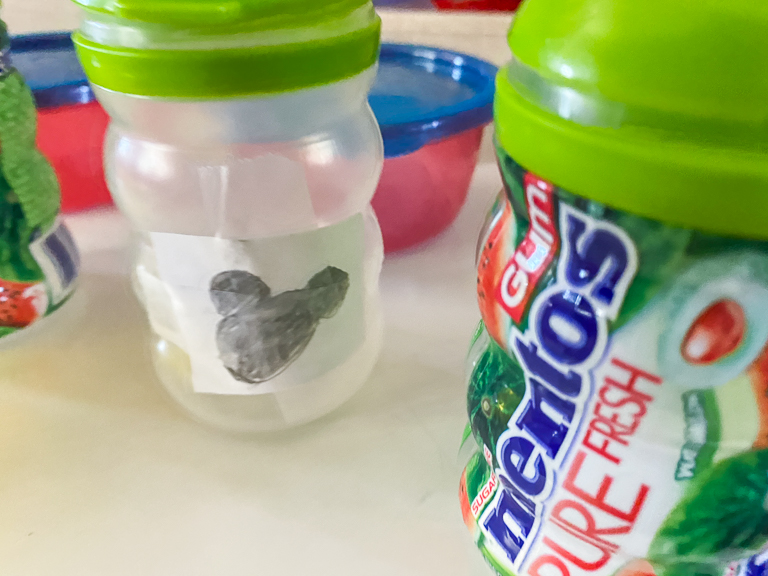 In addition to the popcorn, there is also a fruit snack stand. I love how Alli is showing it off. 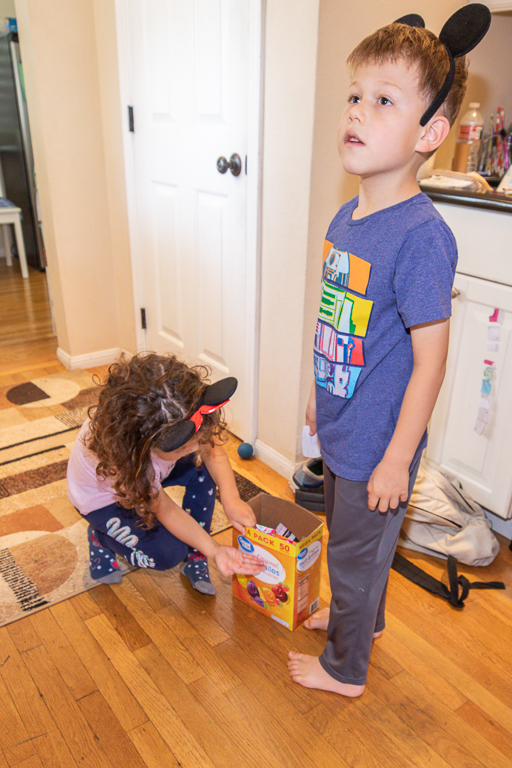 Here's our entry into Star Wars land. I'm guessing they used trace paper to get the Star Wars logo. 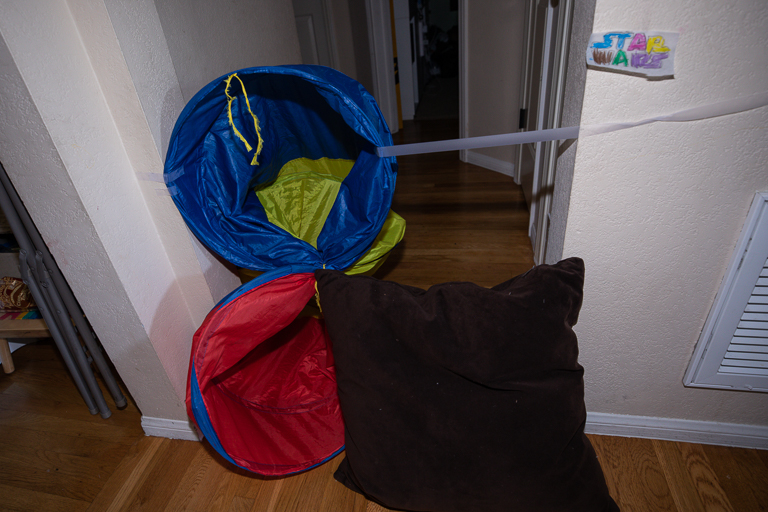 Duffy is posing near the entrance at a photo spot. I asked if this was Star Tours and was told that no, it is not. This is the entrance to Star Wars land, which is in their room. There's a rope across it because you're not allowed to go in yet. Wow, they remember that from a year ago when we were at Disneyland's Star Wars Land and you had to wait to go in? 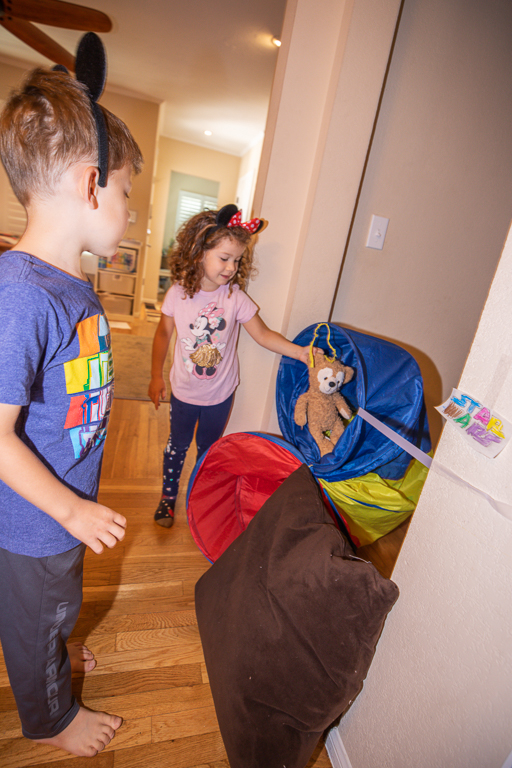 And don't think they've forgotten about characters. I'm getting my picture with Donald Duck. Looks just like him. 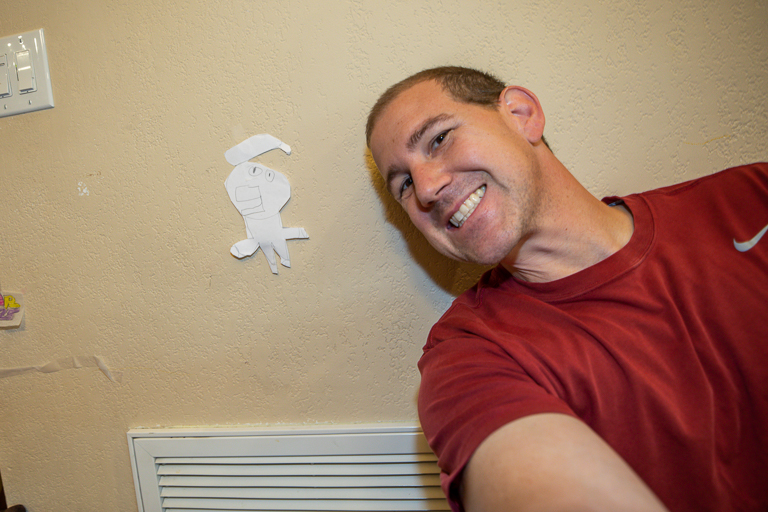 You two have done an excellent job planning all this out! 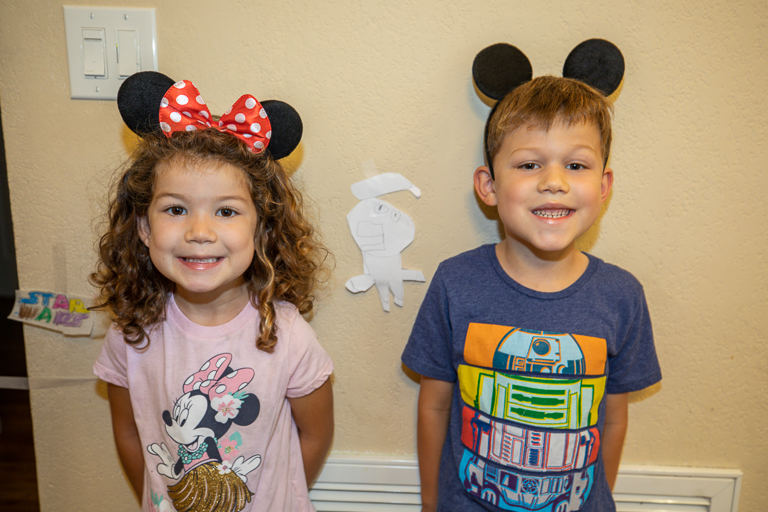 And what about rides? This here is the Wildest Ride in the Wilderness! 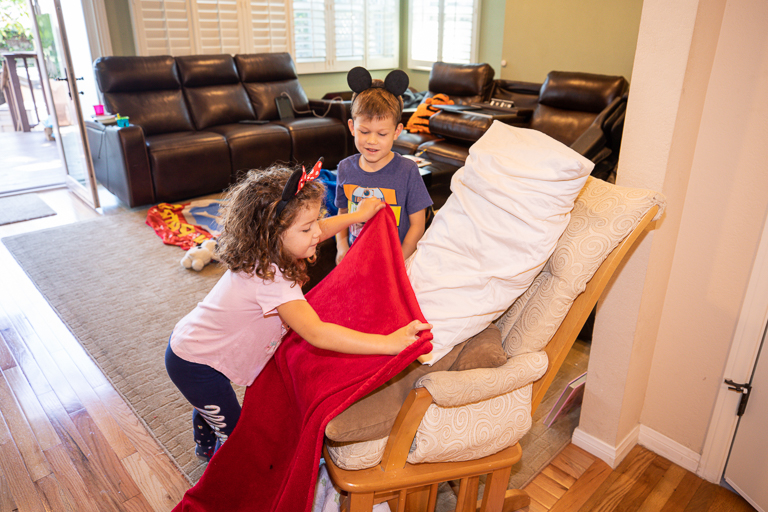 I got in and they rocked me back and forth.

Ian grabbed his iPad and said "On this ride they take your picture!". This one is from him. 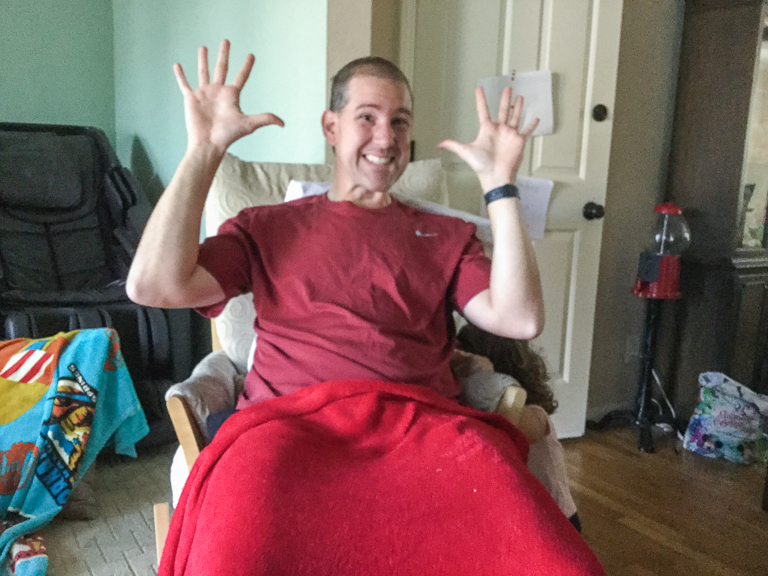 And then Theresa got to take a ride on Avatar, Flights of Passage. Ian remembers it as the Dinosaur ride crossed with Soarin.

How about your castle? 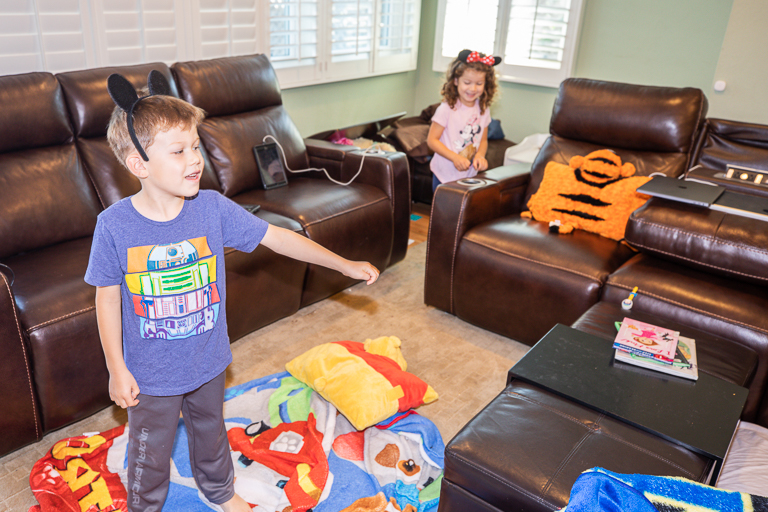 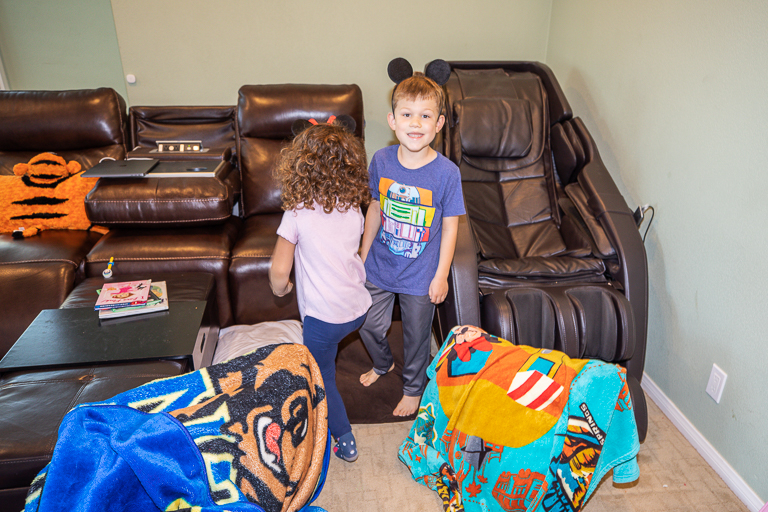 Mommy was led into the castle, where there's even books that you can read. Photopass photographer Alli had Theresa pose for a photo (just like the Disneyland castle). 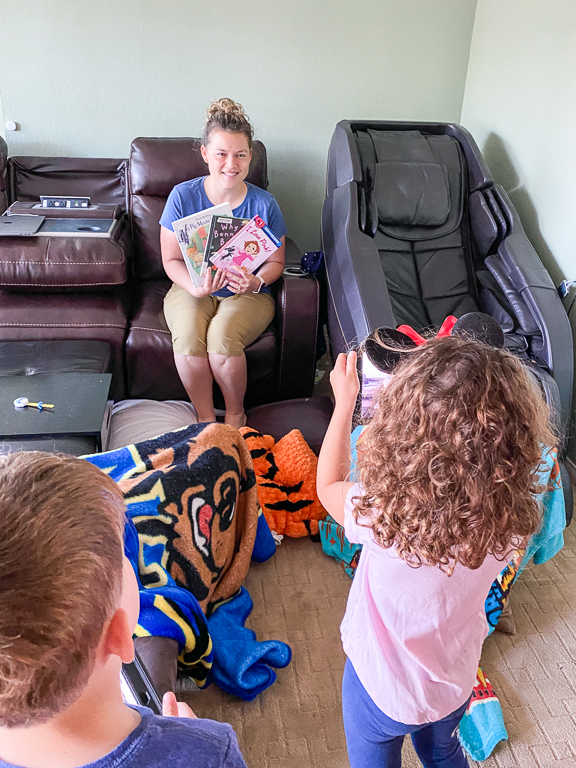 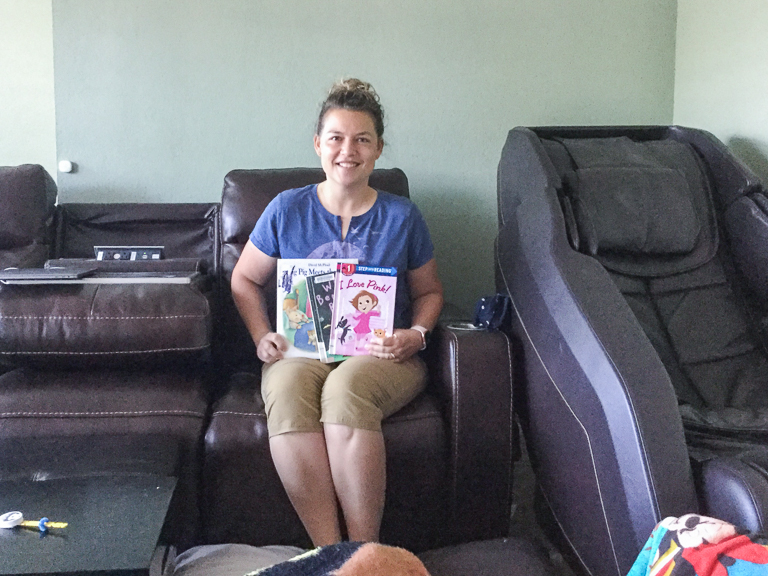 After seeing the castle, it was time to go on a ride as a family. 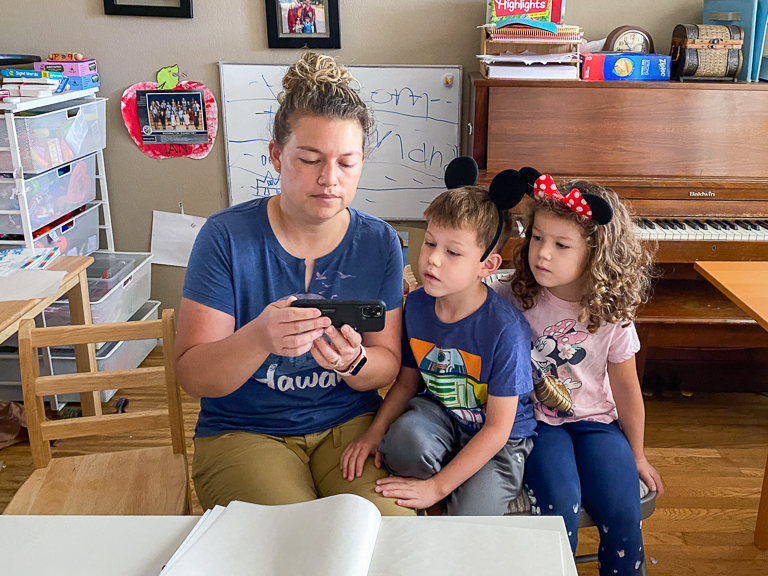 it's a small world is a great one that we all enjoy. We can sing along to it, and eat snacks while we're riding. 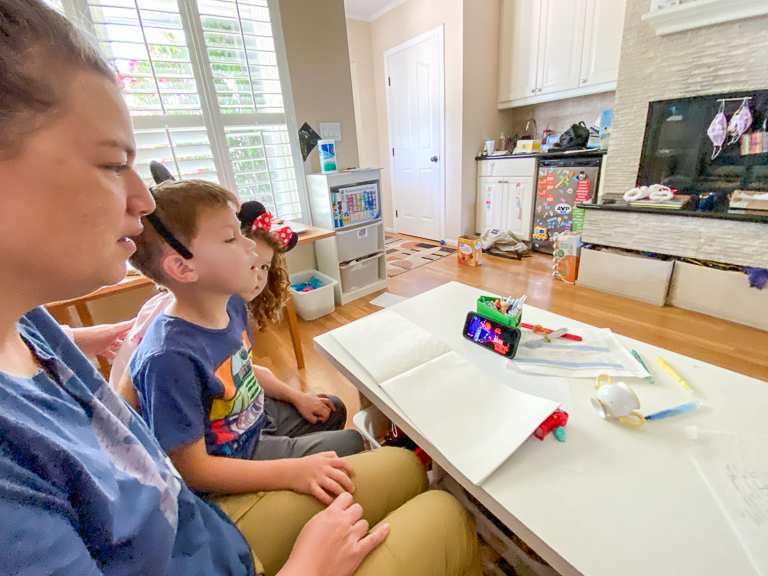 Theresa pulled up a youtube ride-through and we all sat and sang.

Time to be let into Star Wars Land! 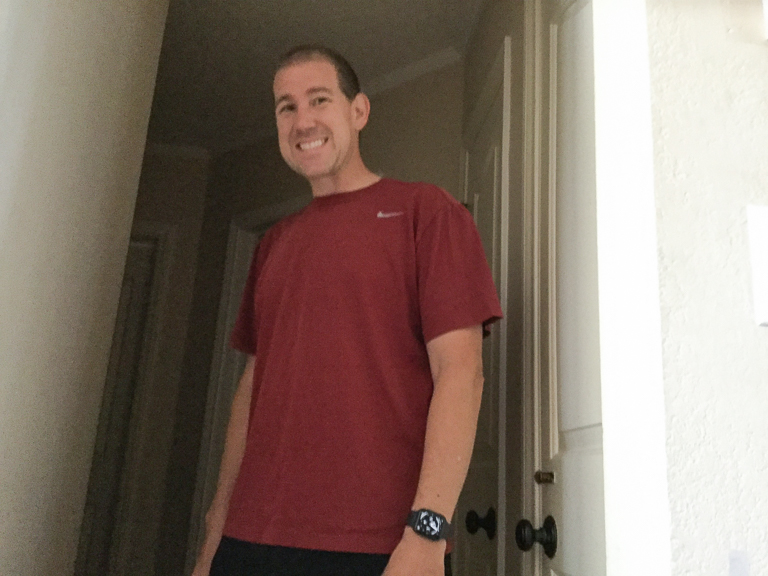 Star Wars Land was a little crazy. Especially when Darth Vader tried to attack me and Anakin Skywalker saved me... according to Ian.

Thanks for the fun visit to Disneyland kids! 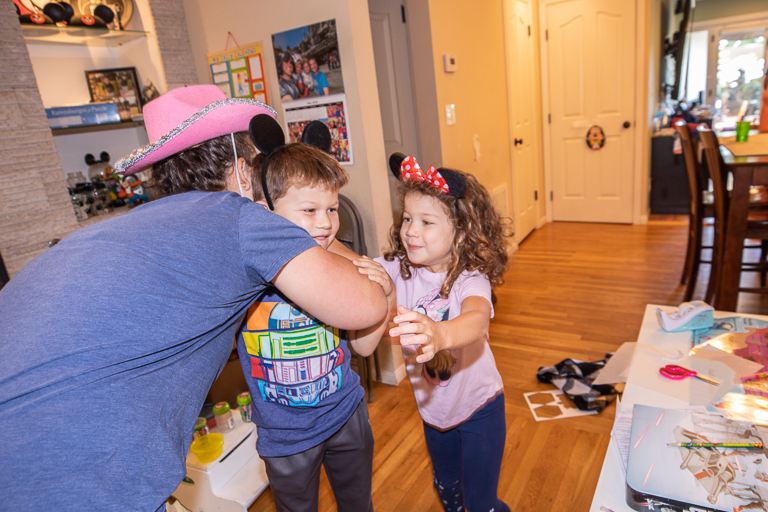 A little while later, the kids decided to put on a show for us too.
They dressed up as Woody and Buzz. Ian giving himself a sheriff star and wearing his Woody socks. Alli dressed as Buzz. She couldn't find Buzz Lightyear socks, but found space socks instead, which work just as well. 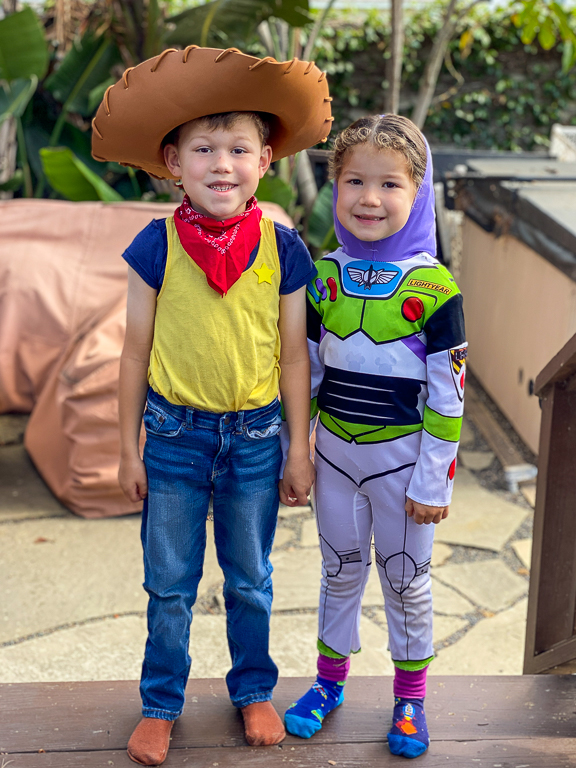 Here's Ian and Alli with "You've got a friend in me". Too cute.