About a year ago, we were all excited to try two new Post Hostess cereals, donettes and Honey Bun. Now, over a year later, there's a third Hostess cereal to add to that mix, Twinkies! We tried the Twinkies, but it's time to try all of them together! 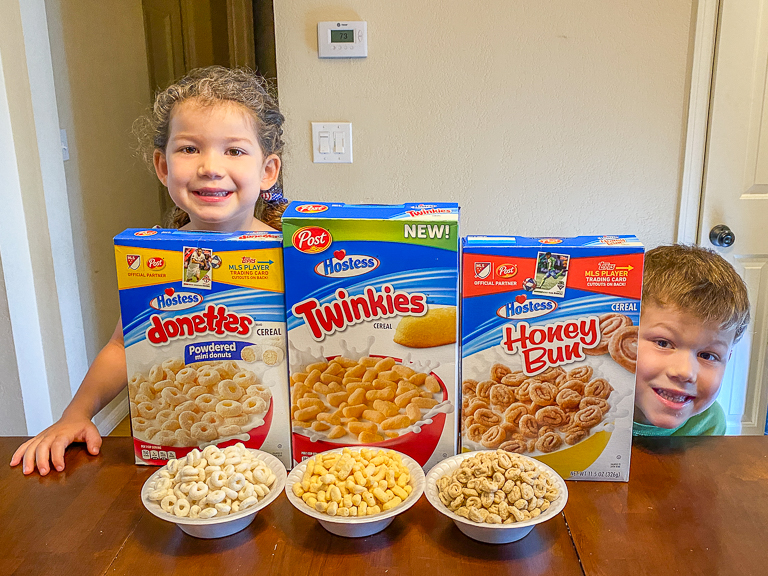 Even though we didn't particularly care for the other two flavors when we tried them the first time around, I still picked up a couple boxes, hoping maybe they've improved within the last year. 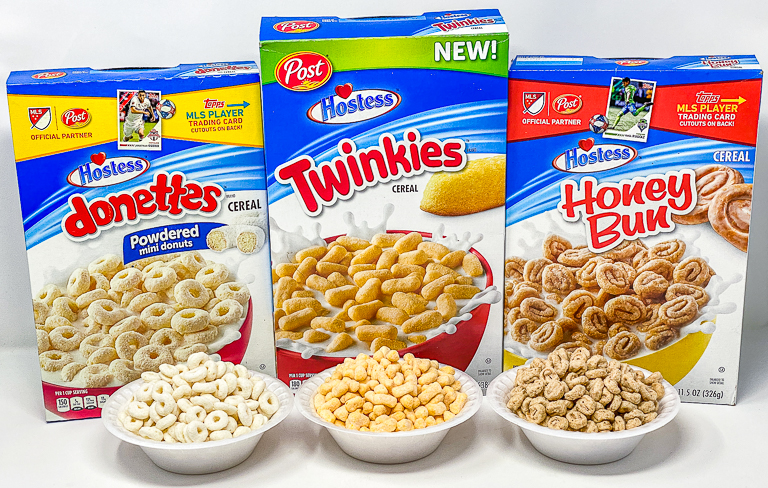 All three cereals together. 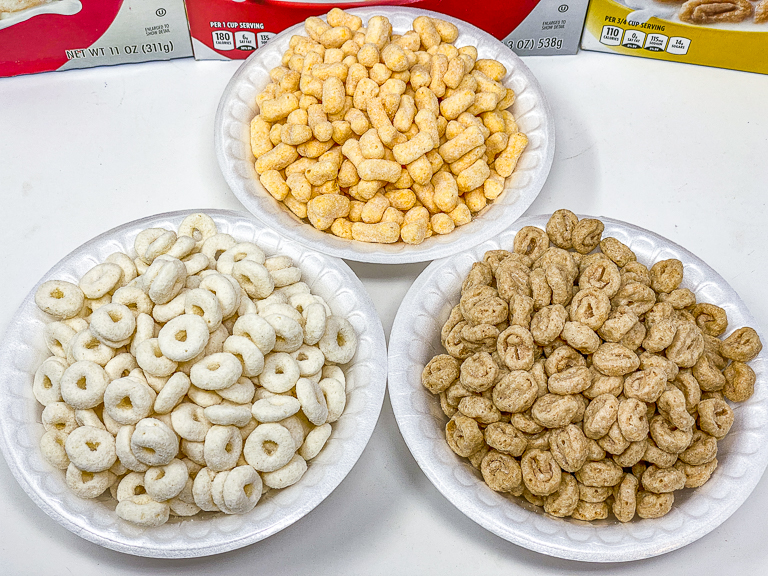 Alli is excited! Let's try them all! 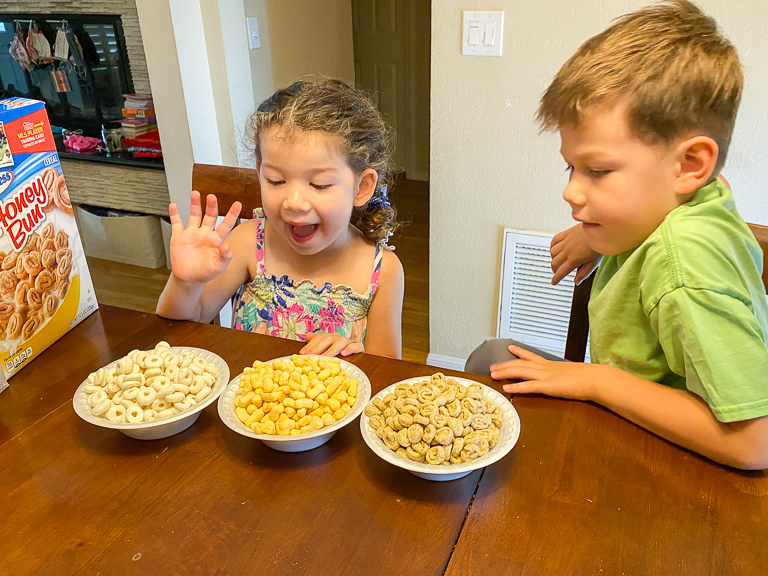 First up is the donettes cereal. And just like last year... Yuck. I don't see how this made it a year. 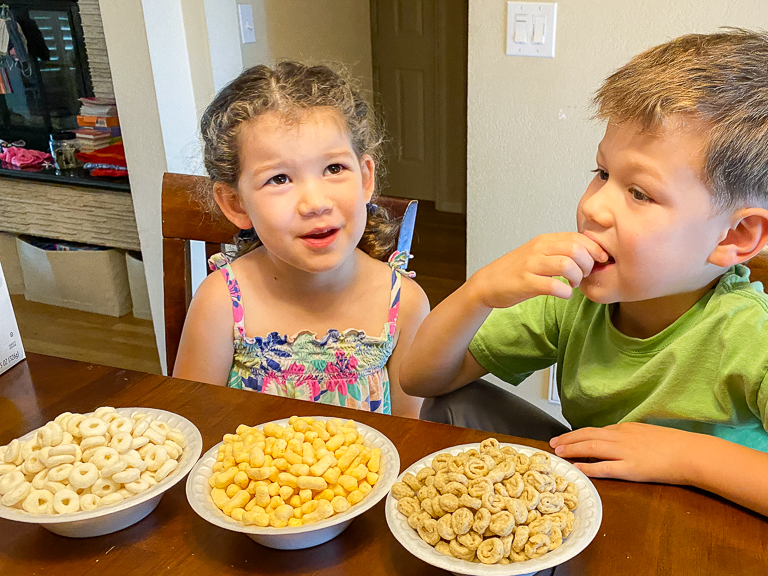 Two thumbs down for the donettes cereal. 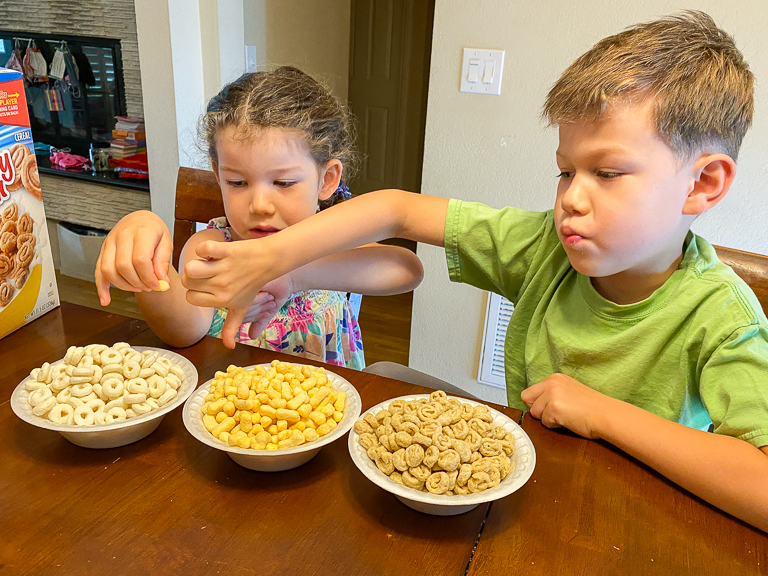 And now, the Twinkies cereal. Two thumbs up for this one. 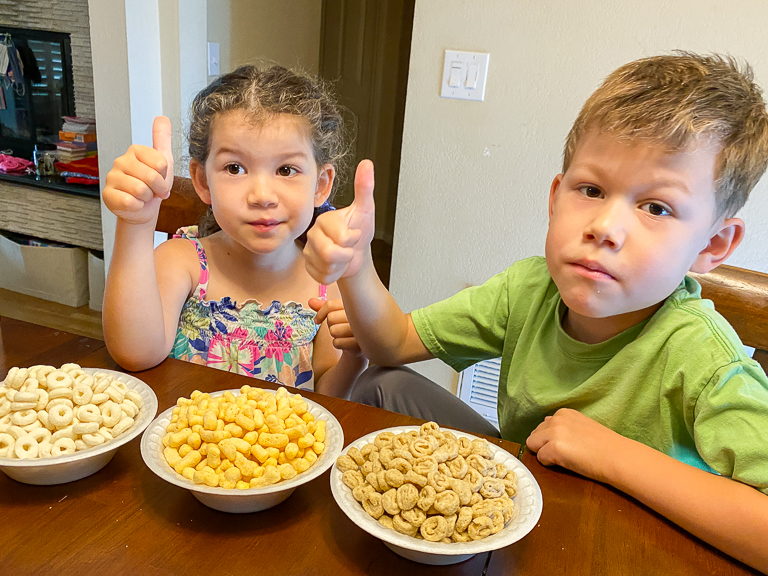 Lastly it's the Honey Bun cereal. Alli and I thought they were tasty, though Ian wasn't a fan. I did like it better than I remembered from last year. 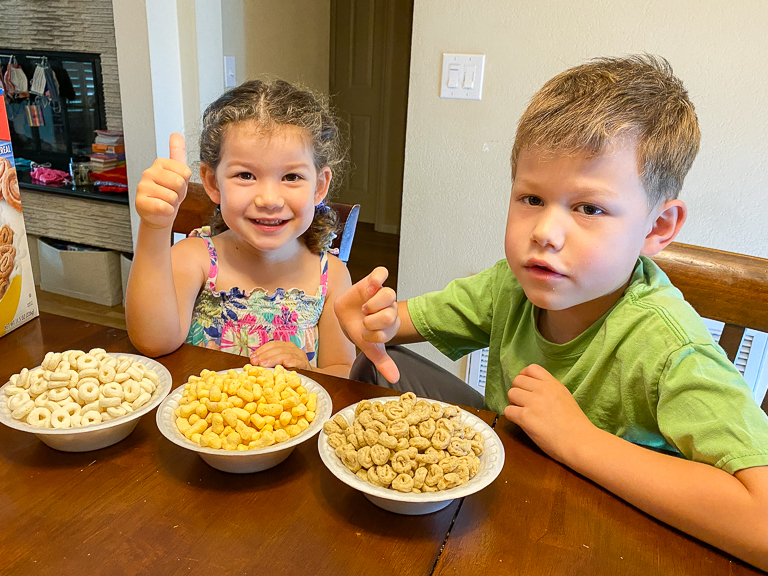 Time to choose our favorites! Twinkies won the day with 2 votes to 1. 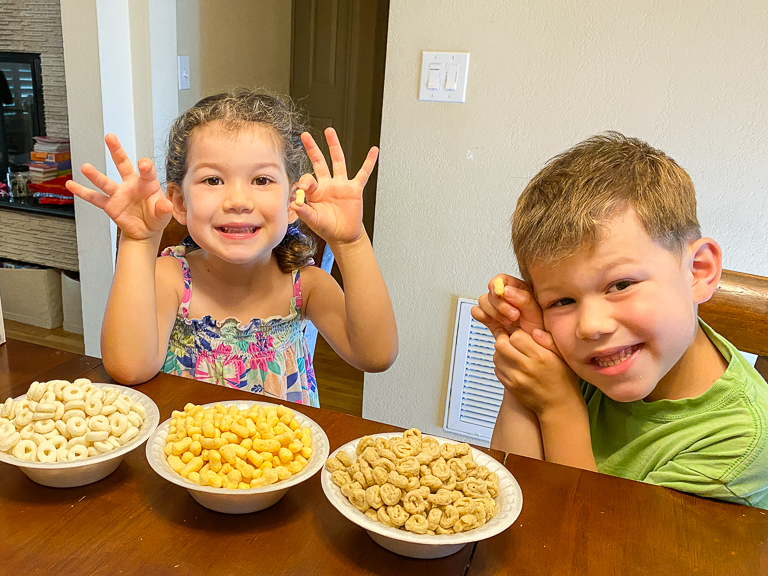 One bowl with all three cereals. The cereal is all super sweet, so having it with milk is probably a good thing because it knocks down a little bit of the sweetness.
Well none of these are going to be my favorite, but it was still interesting to give them another try a year later. 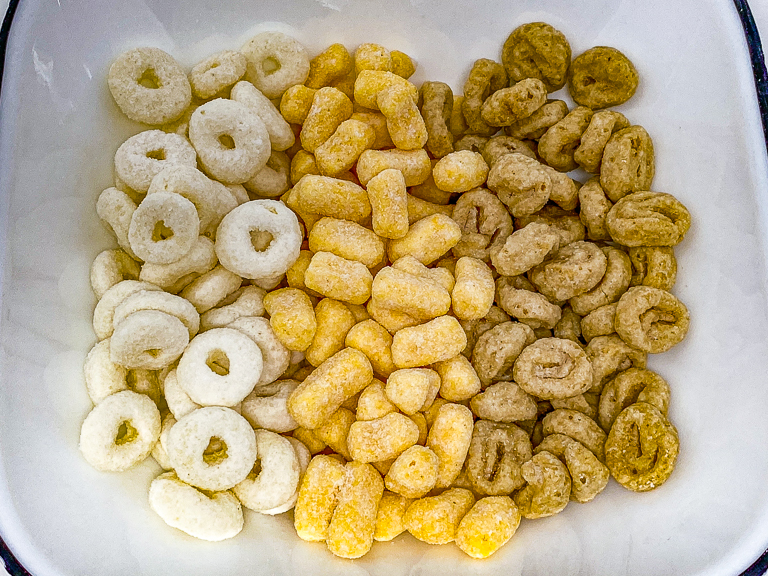