Happy Monday! Today is National Lollipop Day! I think you know the drill by now. If we can make it at home, we're going to give it a try. So kids, let's make some lollipops today! 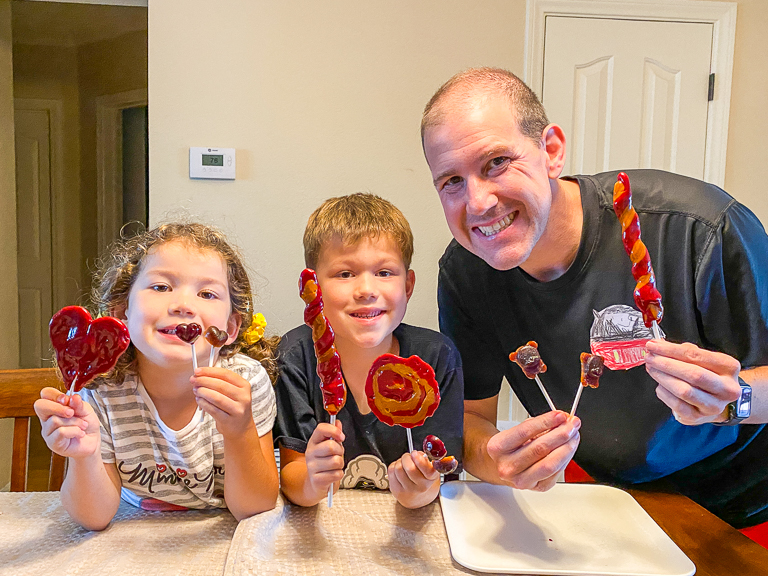 For hard candies, you're supposed to have 2 types of sugars. I've got plenty of regular white sugar, but I'm running a bit low on corn syrup. So today instead of regular lollipops, we're going to make honey pops since I've seen that's an acceptable substitute. Ian added the sugar. 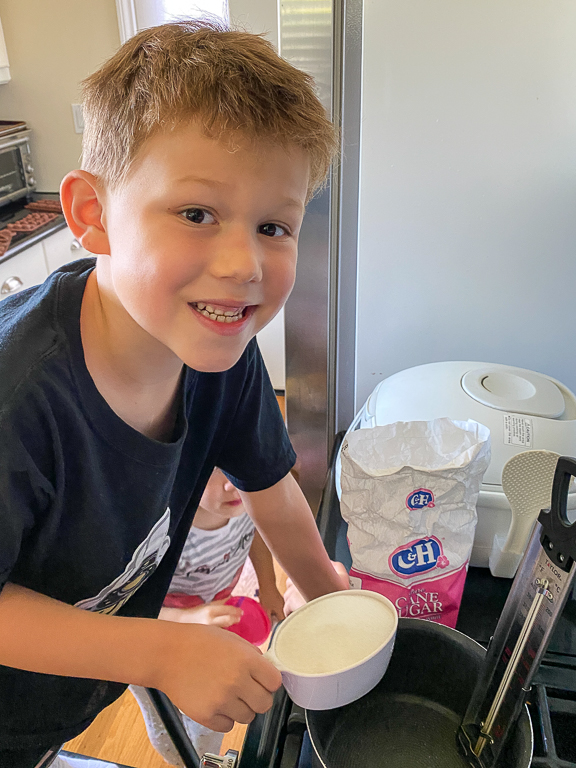 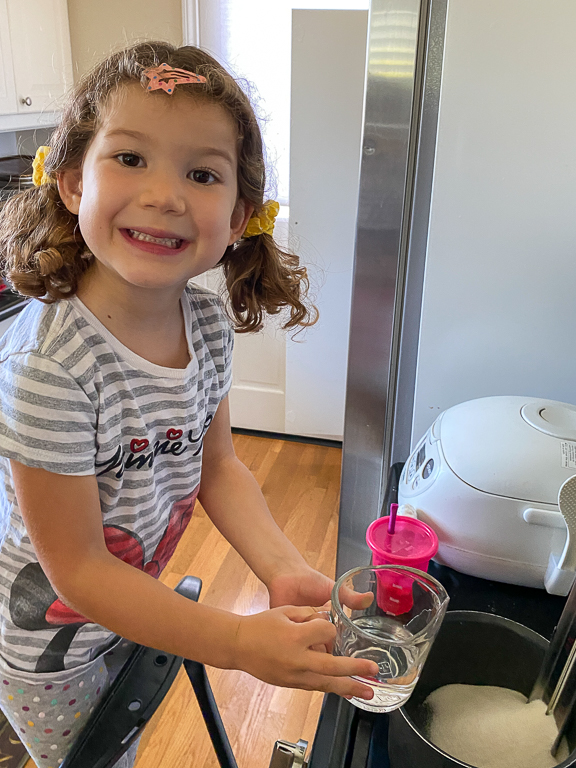 Stir it all up and bring it to a boil Ian. 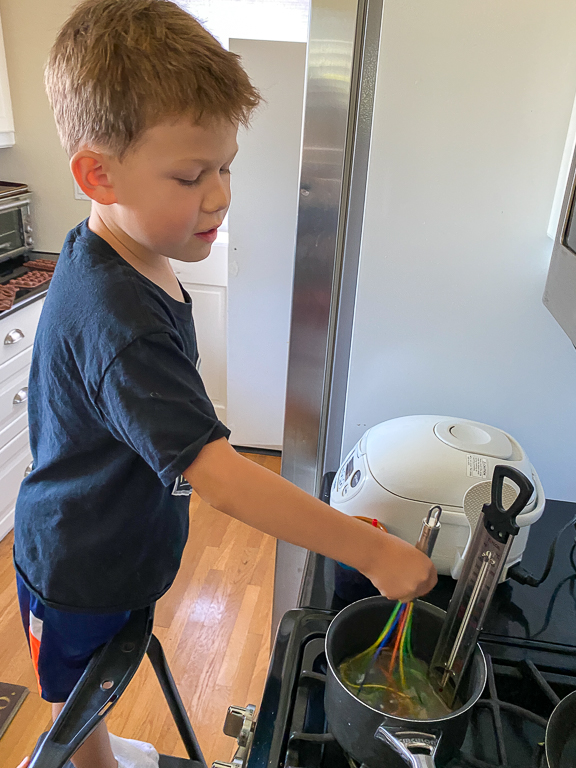 Once at a boil, I added a bit of honey. Now we wait. 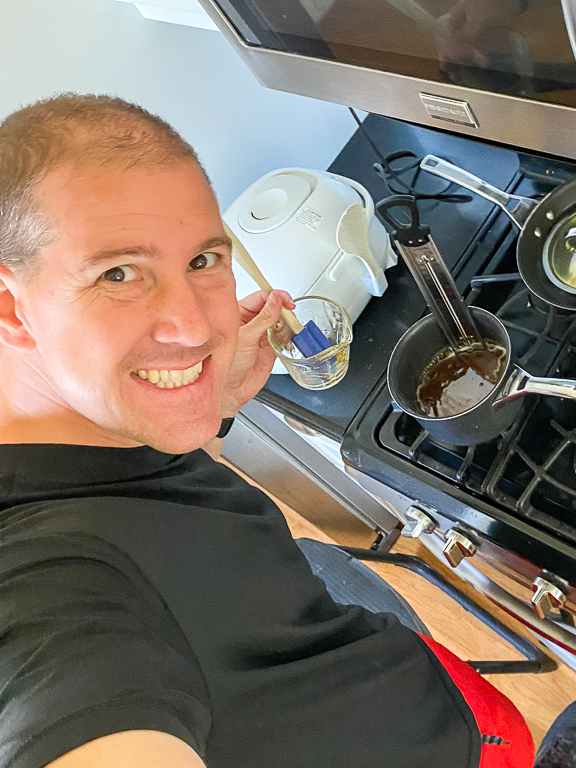 Grr. I did it again. Same problem I had with the caramel. I used too small of a pot for boiling sugar. I can't raise the heat too high or the mixture is threatening to boil over. 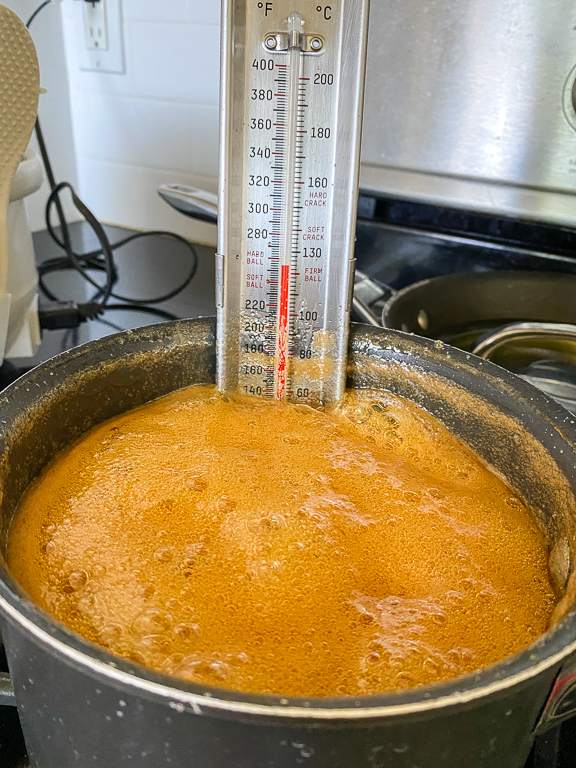 After hitting 300F according to the candy thermometer, I poured them into the silicone molds we had available. They're not specific for lollipops, so there's no place for lollipops to go. We're just sort-of sticking it into the top. I poured a little into the molds. And then poured a line onto a silicone baking mat. With a little left over, I added some red food coloring and made a bit of red too. That's why you'll see the red twists I made for Ian, and the red heart I made for Alli in the first picture. 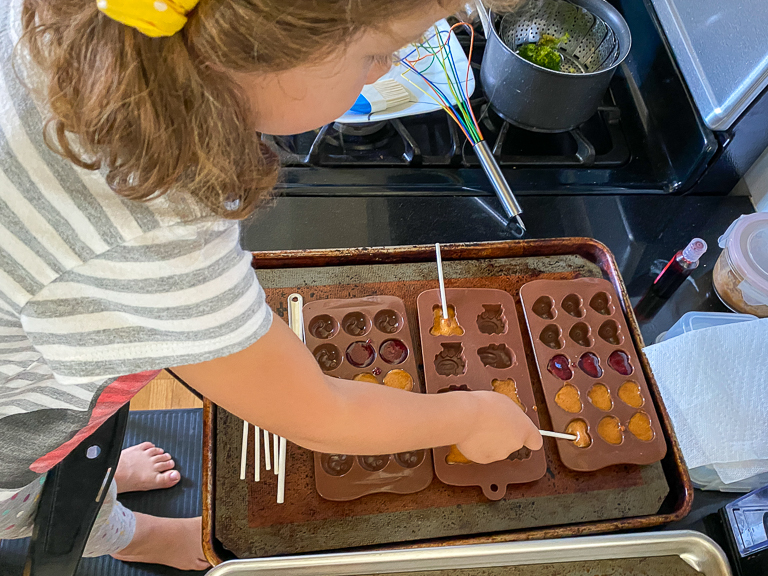 And here's our results. It's a bit darker than I was hoping. Too much honey compared to the rest of the sugar perhaps? 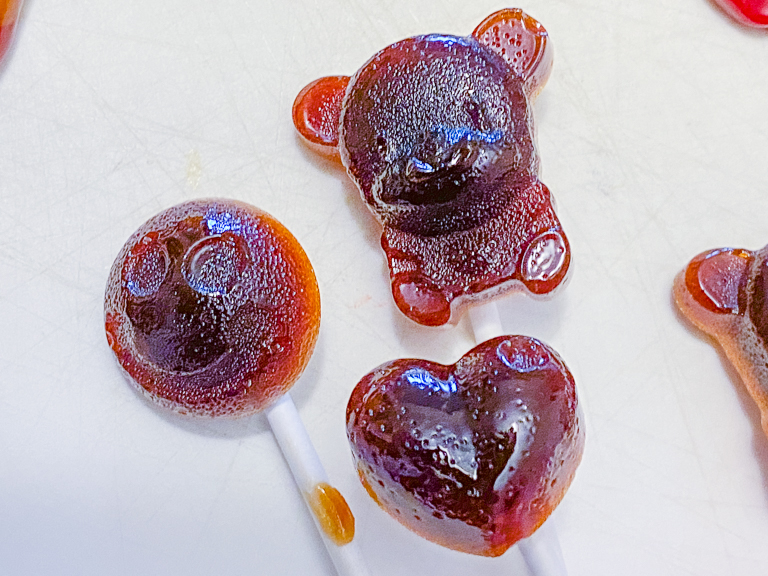 Both kids tried it and... they weren't fans. It's a bit too much of a burnt honey flavor. Well at least let me get a picture of you tasting it. 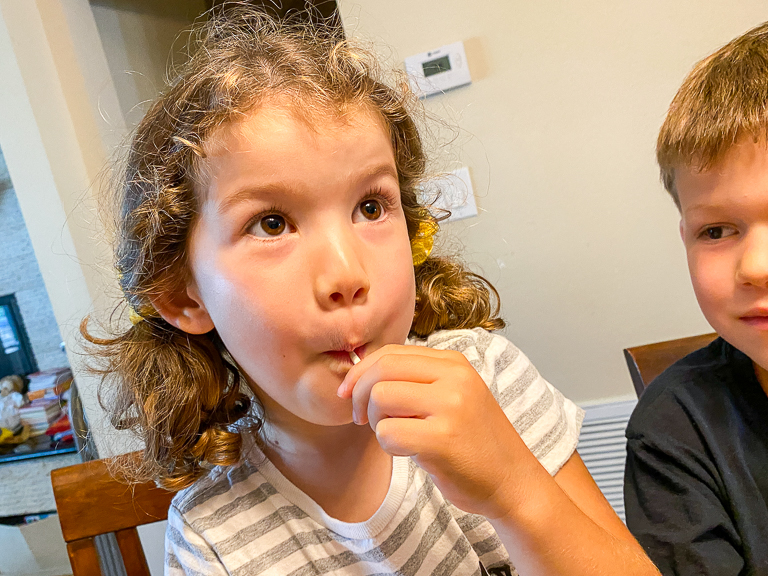 Can't win them all. No time to make another batch and retry tonight. Perhaps another time in the future. Regardless, Happy Lollipop Day! 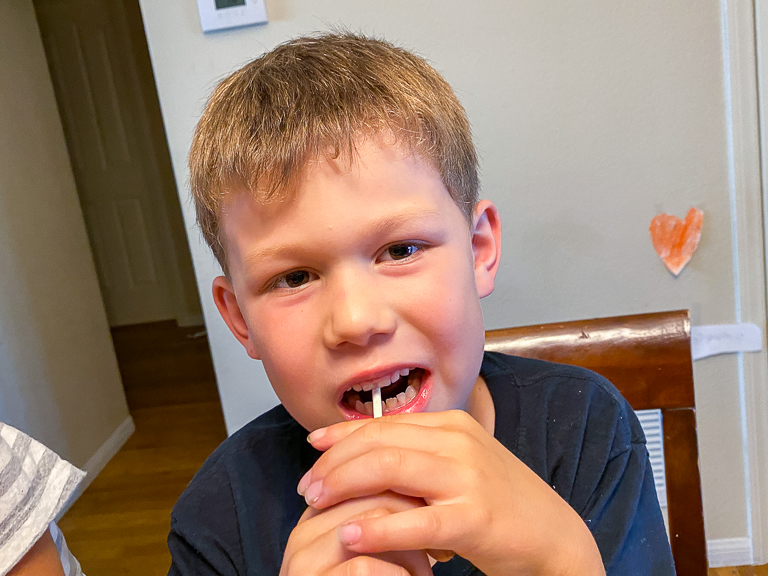