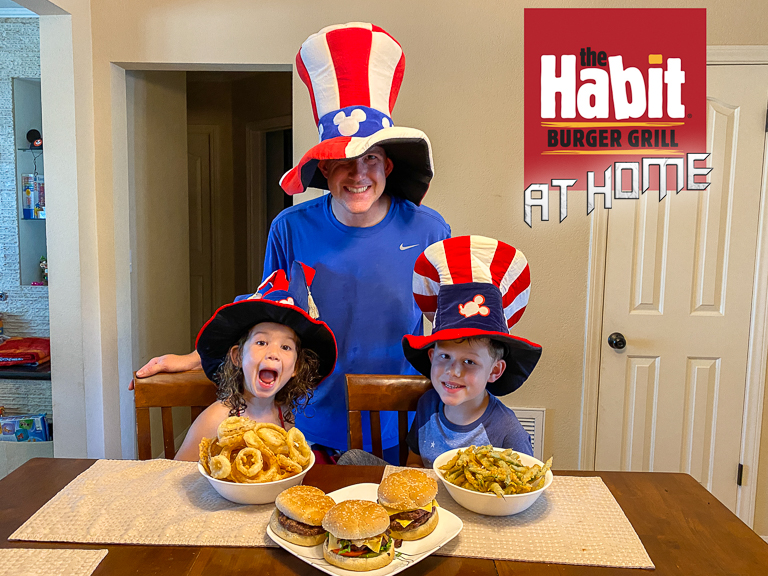 Their slogan is "Respect the Burger" and I've also heard "It's Not The Same Without The Flame". In 2014, their hamburger, which they call a Charburger, was voted "Best Burger in America" by Consumer Reports. We'll have to throw these burgers on the grill if we're going to do them justice. 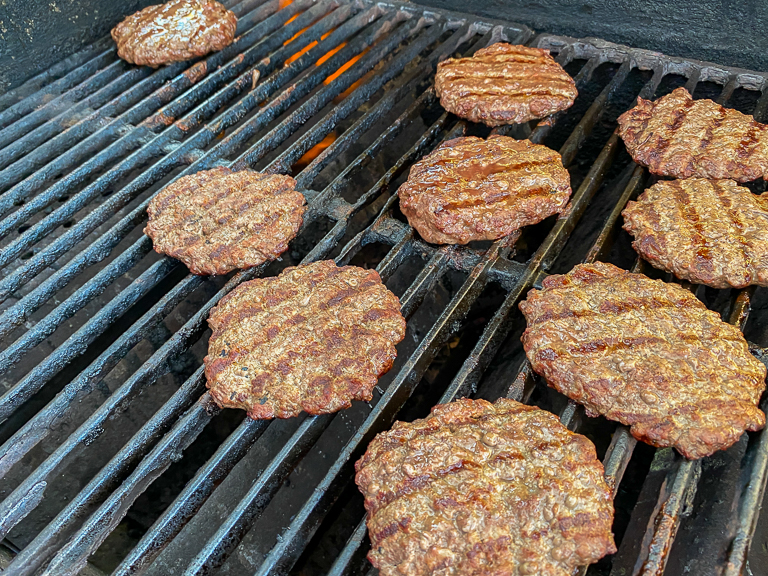 As far as the sides go, there's one that we love and have a hard time finding anywhere else. Their tempura green beans are so tasty. And because they're green, they must be better for you than french fries, right? At least on their website it's 250 calories versus 440 calories. 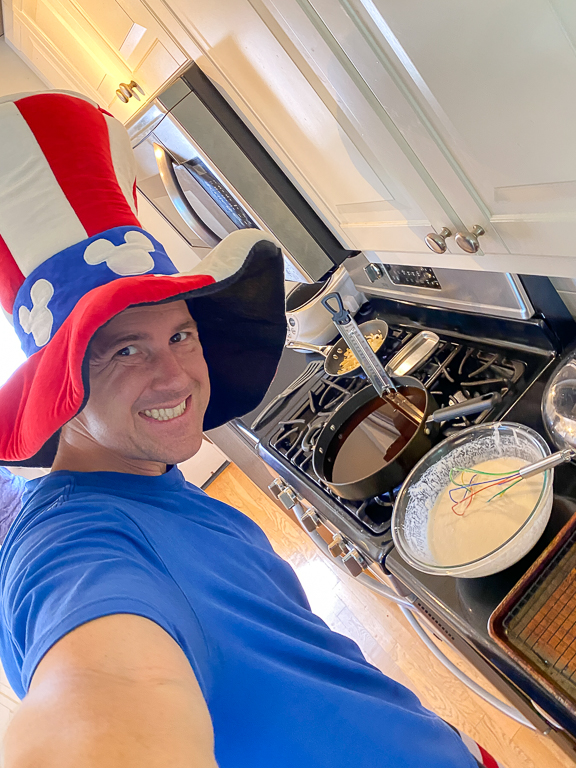 Their onion rings are also tasty. After having success making tempura green beans for Making PF Changs at Home, and Onion Rings on National Onion Ring Day, we were confident we could successfully pull these off. 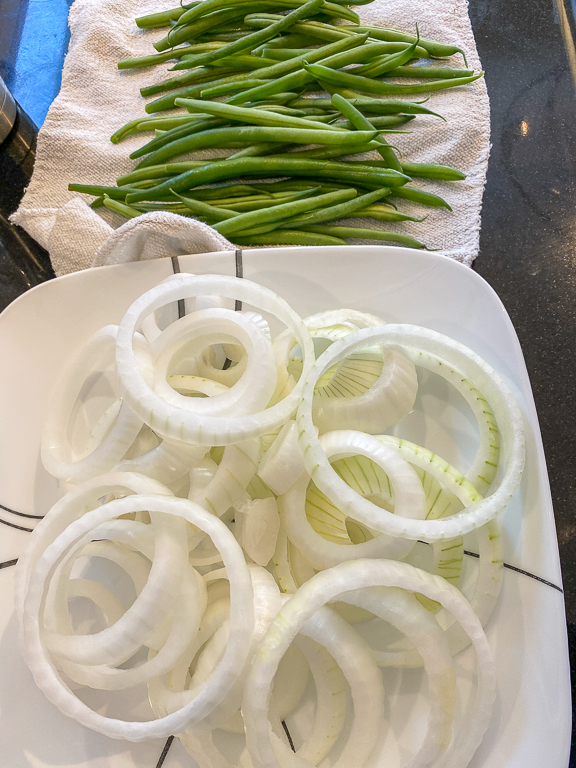 Using the batter recipe from foodandwine.com that we used for Onion Rings, I fried up both tasty sides. 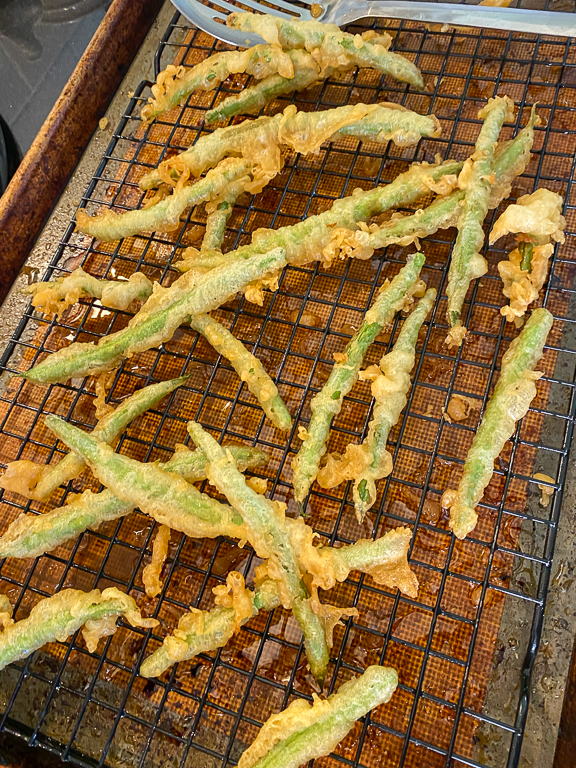 Nothing too hard to pull together tonight. 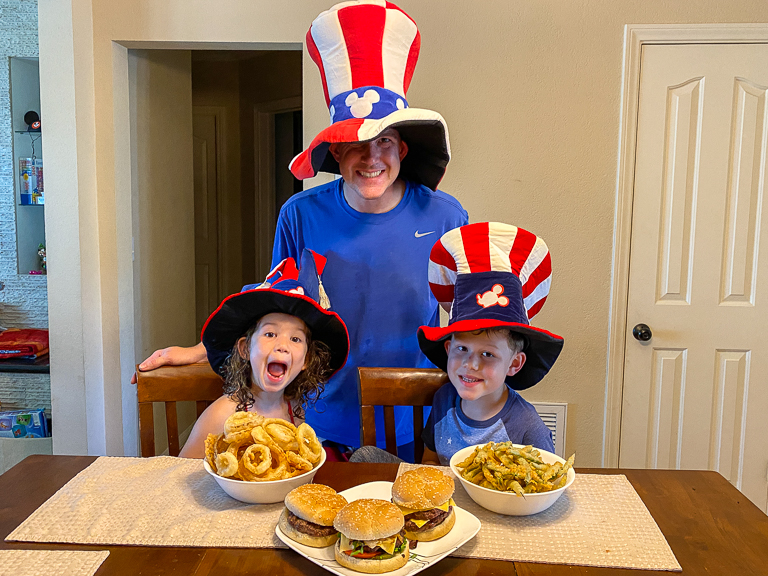 Let's take a look at the official menu and see what they're supposed to look like. 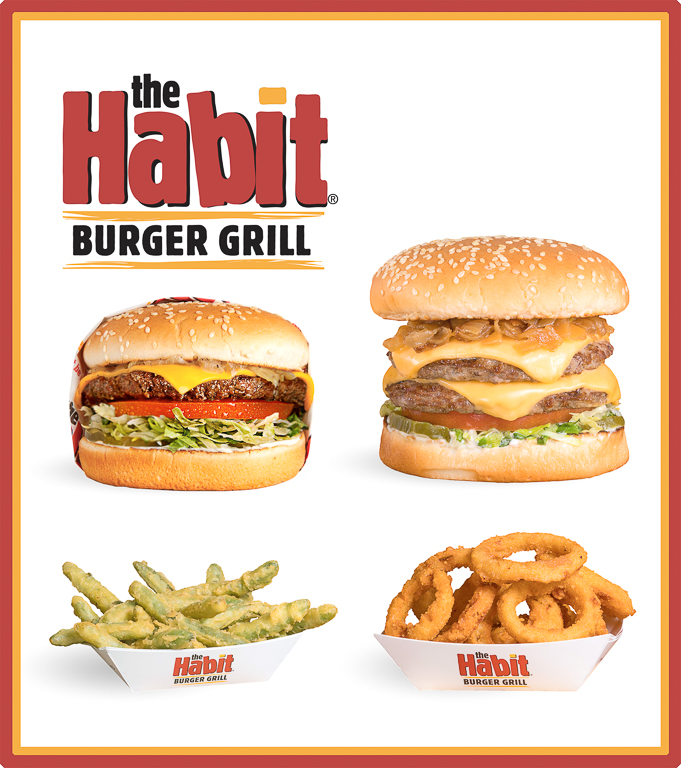 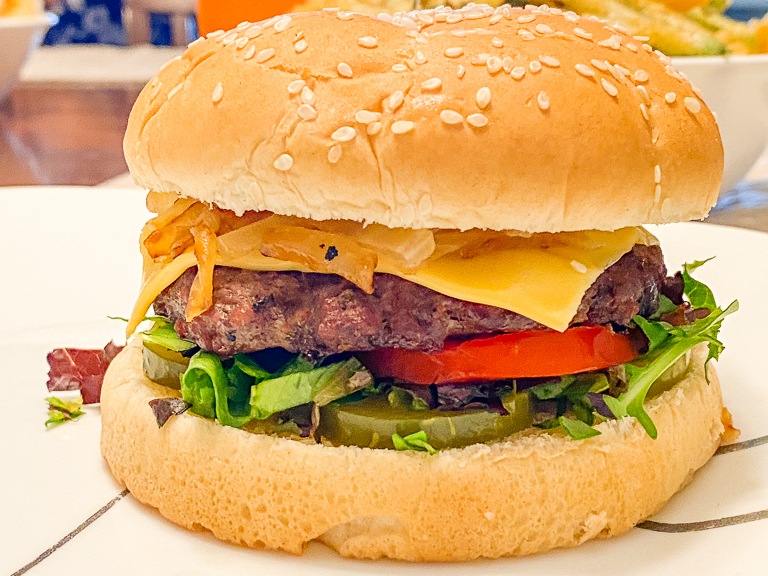 The tempura green beans turned out fantastic. Crispy and flavorful, with just a little kosher salt sprinkled on top. 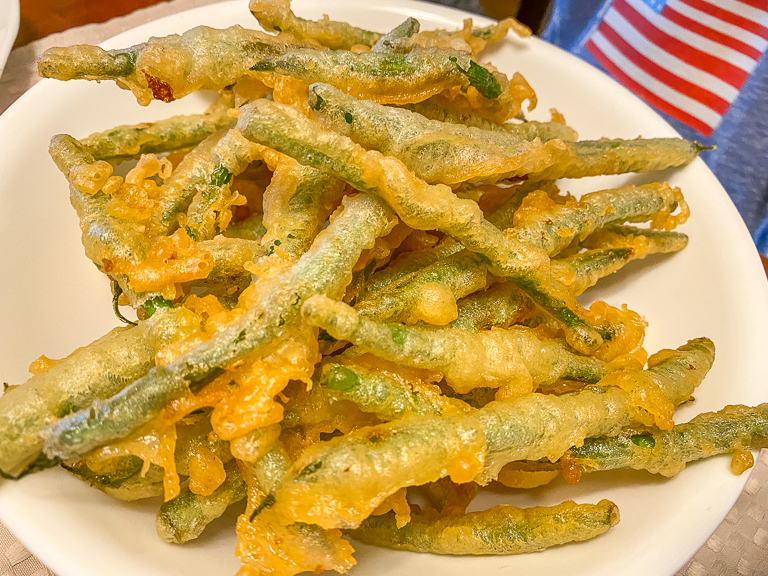 And we already know the onion rings are fantastic. 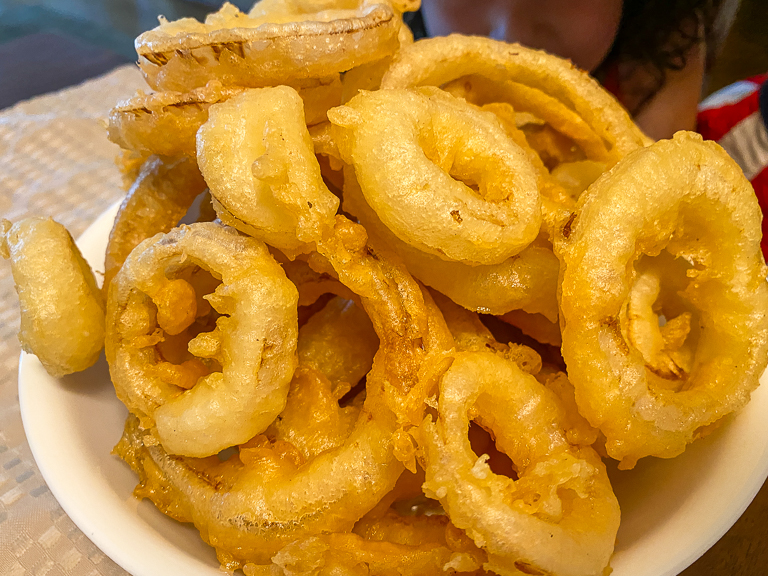 I opted for a Double Charburger with cheese and caramelized onions. At The Habit Burger Grill their tempura green beans and onion rings are served with a side of ranch, so that's what we had too. 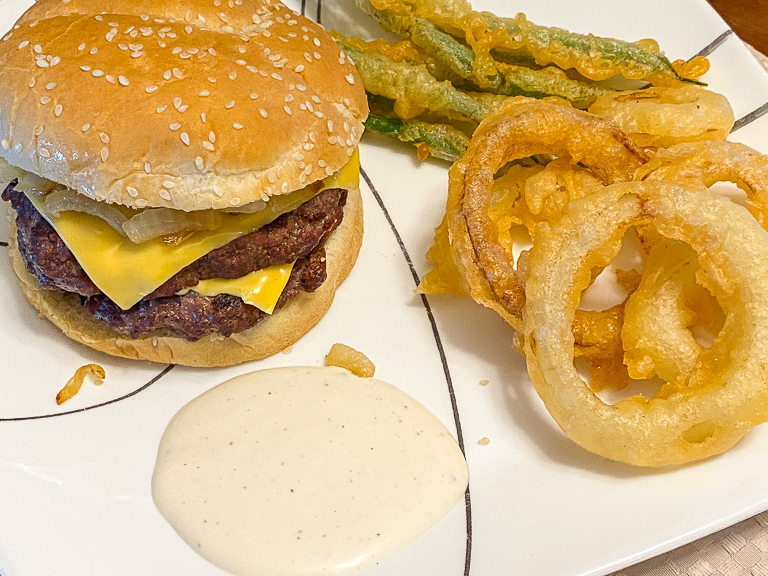 Ian thought this burger was delicious! He's become a big fan of my hamburgers now that I've started going more simple on the ingredients. I used to make burgers with a variety of spices, like onion powder, paprika, cayenne, salt, pepper, Worcestershire, BBQ sauce, and an egg. Now, it's just salt and pepper. Sometimes simpler is better. 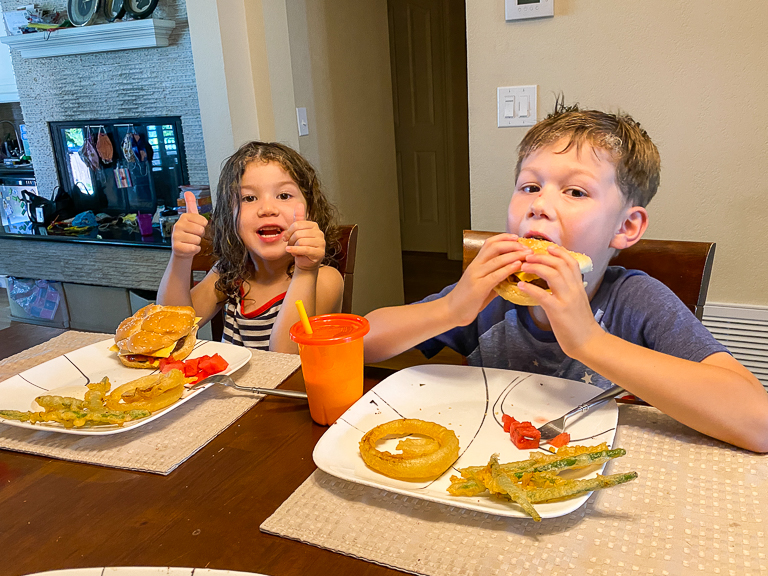 Making The Habit Burger at home was tasty! Everyone enjoyed it! 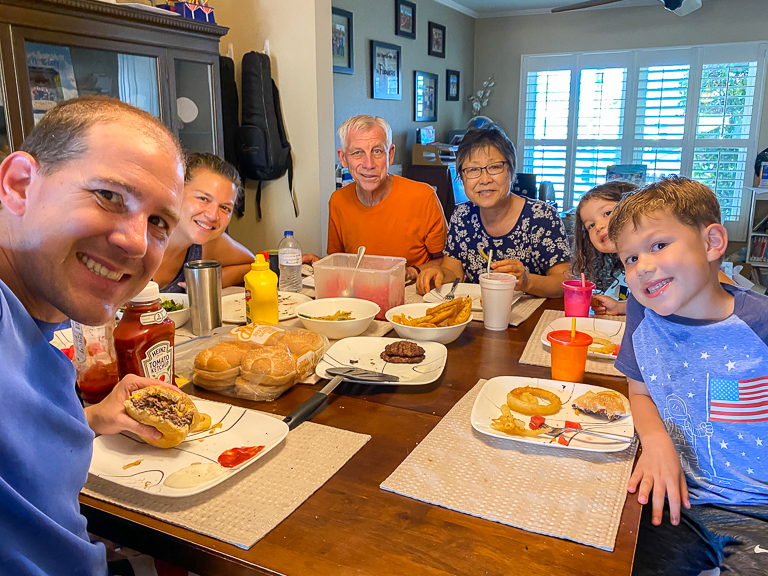