Today is Sunday which means it's pizza day! And we're going to be making Little Caesars at Home! During normal times, we'd be getting Little Caesars Pizza every couple weeks or so, and it's been months now since we've had any pre-prepared food. Ian was excited for tonight because Little Caesars is one of his favorite pizza places. It's time for Pizza! Pizza! 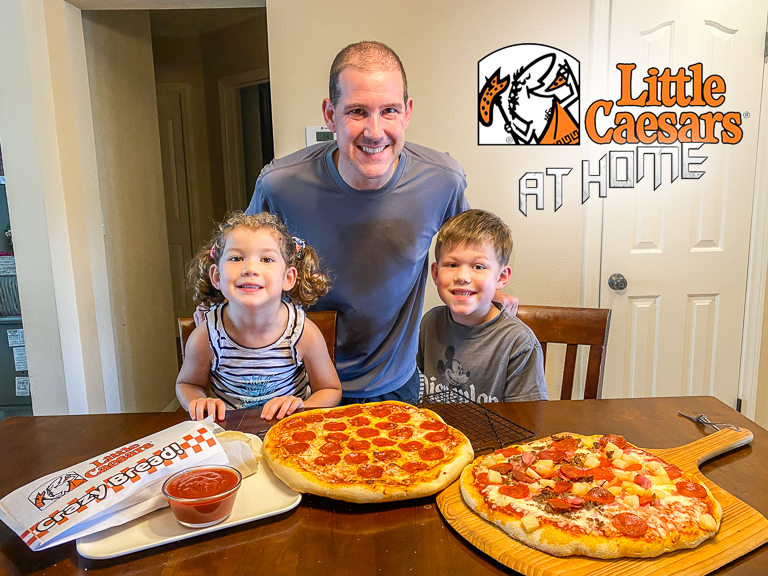 Some of the pizzas we've been making in our Pizza at Home series are just generic style pizzas where the specific flavor doesn't really matter. But we know what Little Caesars tastes like. I'm going to attempt to get this right.
I found a pizza making forums where people are really really into perfecting their recipes. I found a couple threads specific to Little Caesars with former employees and franchise owners giving their input on what goes into every part of the process.
The sauce I'm using is from user November from the pizzamaking.com forums, and this is Red November Pizza Sauce #2. There's quite a few ingredients that go into this. The other interesting part is that this sauce is not heated. It goes into the fridge and develops all the flavors while cold. 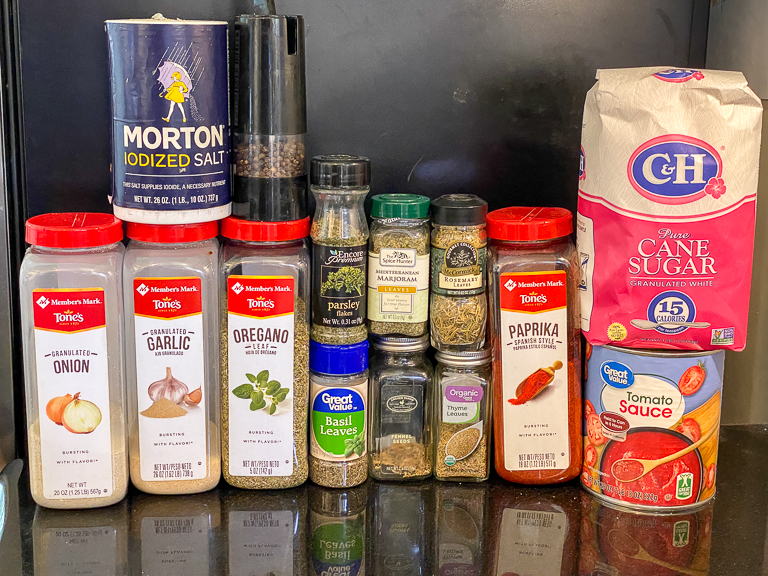 I've been wanting a spice grinder to break up the big pieces like rosemary, and fortunately Chi had one! 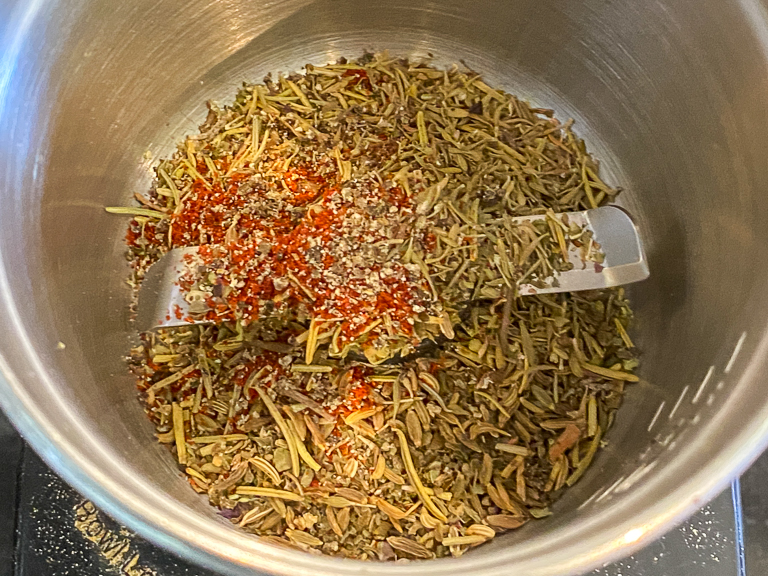 That worked really well.
And just because we're not heating the tomatoes, that doesn't mean we're not heating the spices. Forum member November has a lot of detailed knowledge on all this and recommended Microwave Assisted Extraction (MAE) that breaks down the components of the spices. You add just enough water to make the spice mix damp, and then microwave it on 30% power for 2 minutes. The resulting smell is fantastic. You mix that into the sauce and let it sit for a few days. 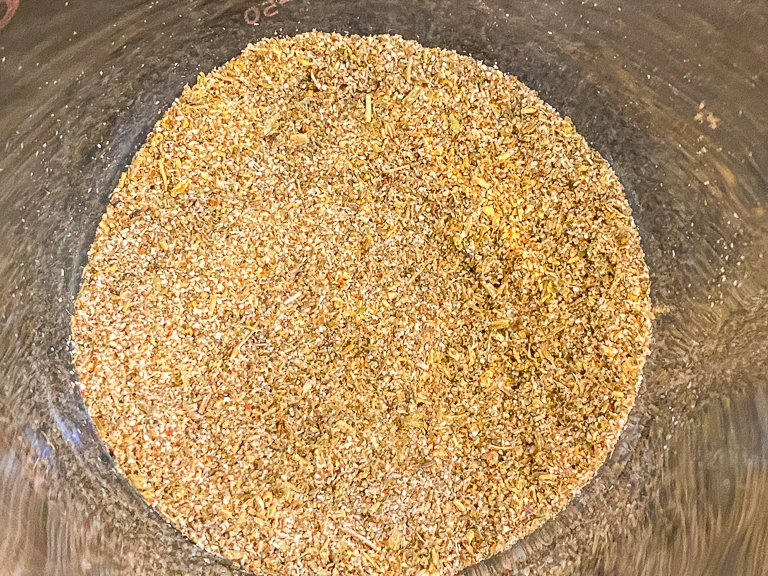 On Saturday I made up the dough. Again using the pizzamaking.com forum for inspiration, user Pete-zza had a recipe for dough that I followed. 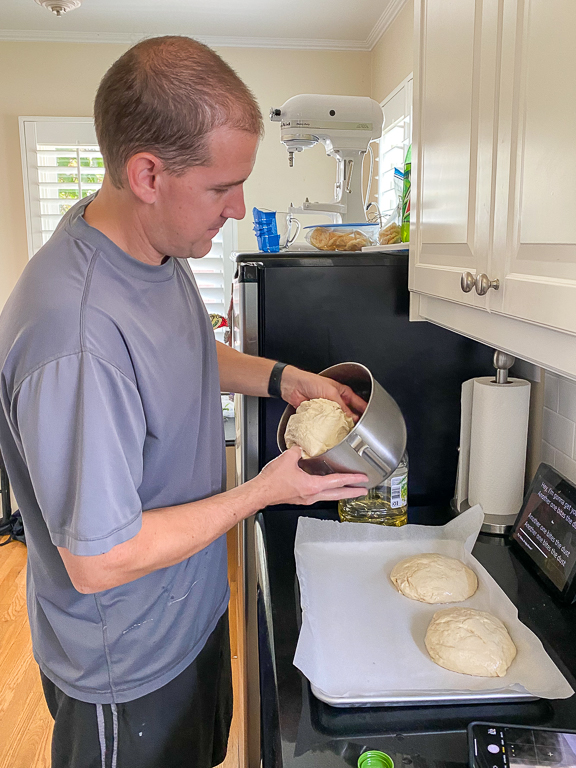 I made enough for 4 pizza doughs. Two for pizzas and two for breadsticks. 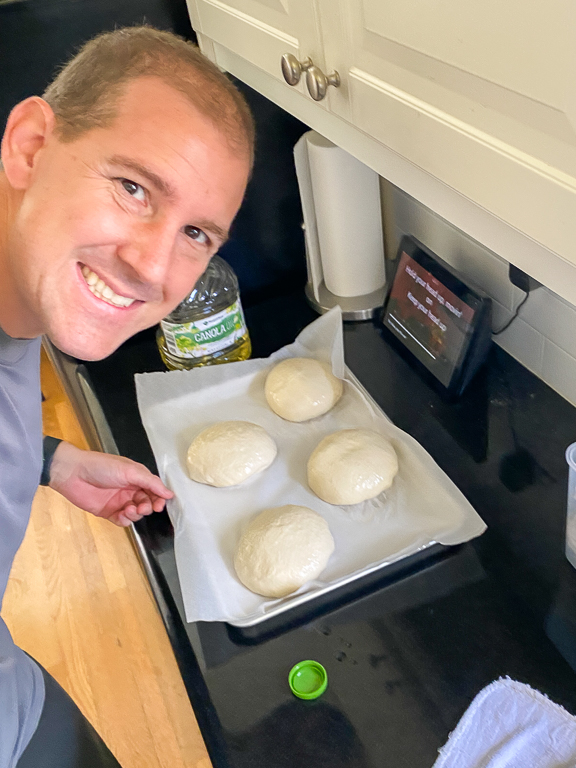 Just like Little Caesars, I coated them with oil and then put them into the fridge uncovered. They'll get a little bit of a skin on them this way, but that's how they do it. 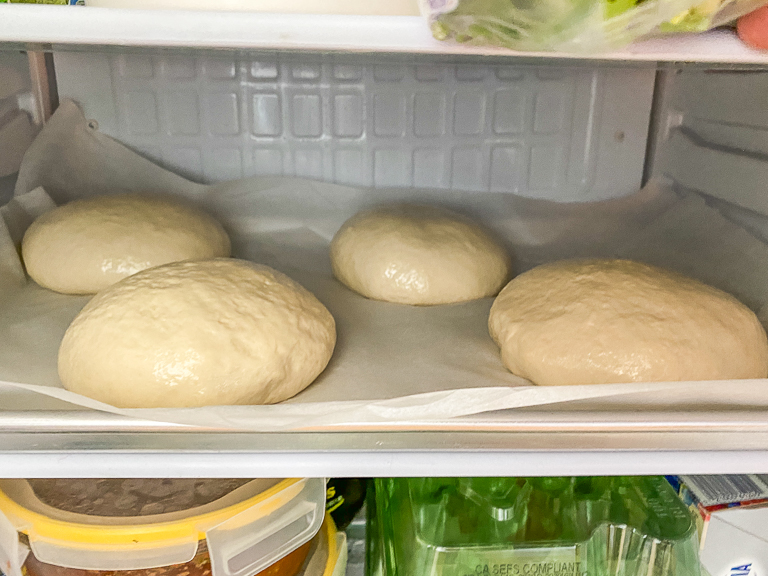 As far as the cheese goes, multiple people have said that it's 2/3rd Mozzarella and 1/3rd Muenster cheese. 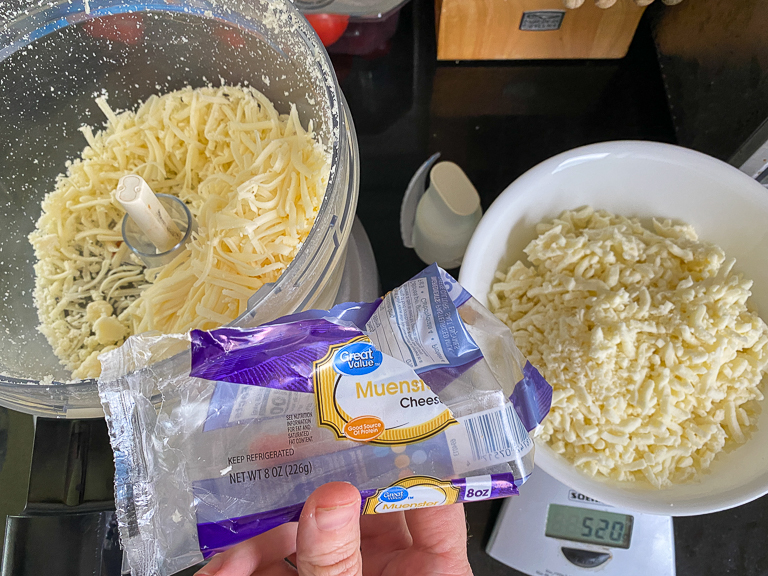 And instead of shredded cheese, it's broken up into crumbles in order to provide more surface area to help it melt better. 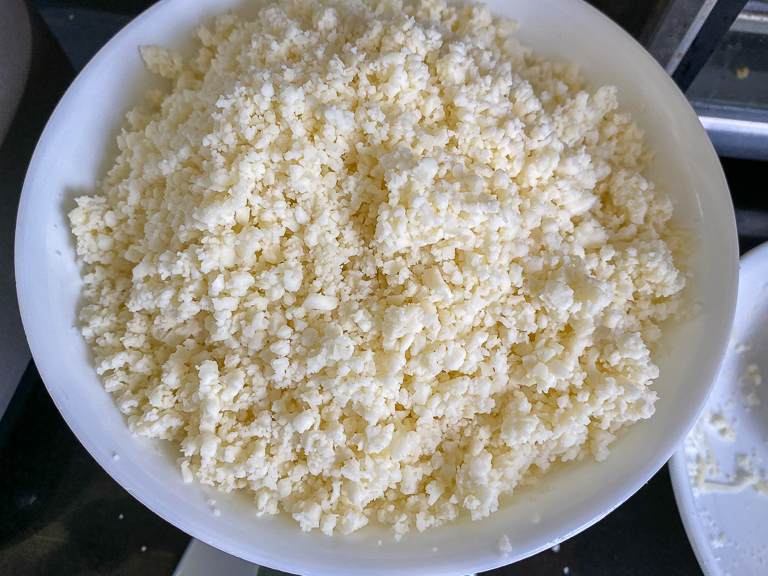 I remember getting Little Caesars pizza years and years ago when I was growing up.
In doing my research for this write-up, I learned that Little Caesars has been operating since 1959, opening their first store in Garden City, Michigan. It was 1979 when they coined their famous slogan Pizza! Pizza!
I'm not sure when the ad below was generated, but I'm guessing sometime in the late 90s. Back then, you could get (2) 12" one-topping pizzas plus an order of Crazy Bread for $9.99. It's amazing to me that even today you can get (1) 14" one-topping pizza for $5, so $12 for 2 larger pizzas plus breadsticks over 20 years later. 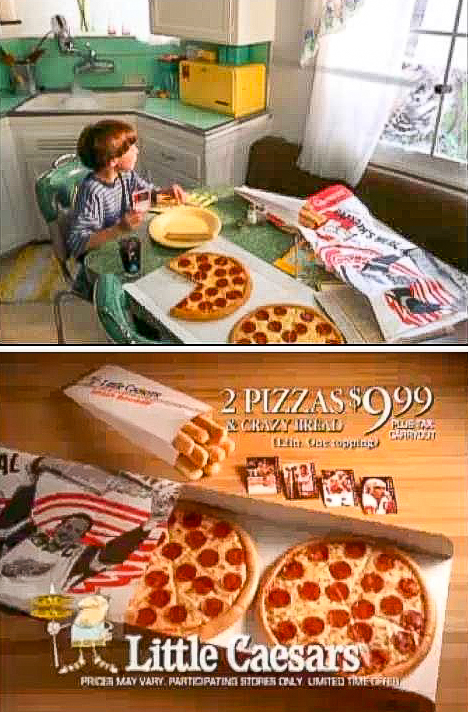 And maybe I'm showing my age, but I remember my Dad coming home with that giant cardboard tray with a big paper sleeve around it. Since you always get 2 pizzas from Little Caesars this was the perfect way to carry it. 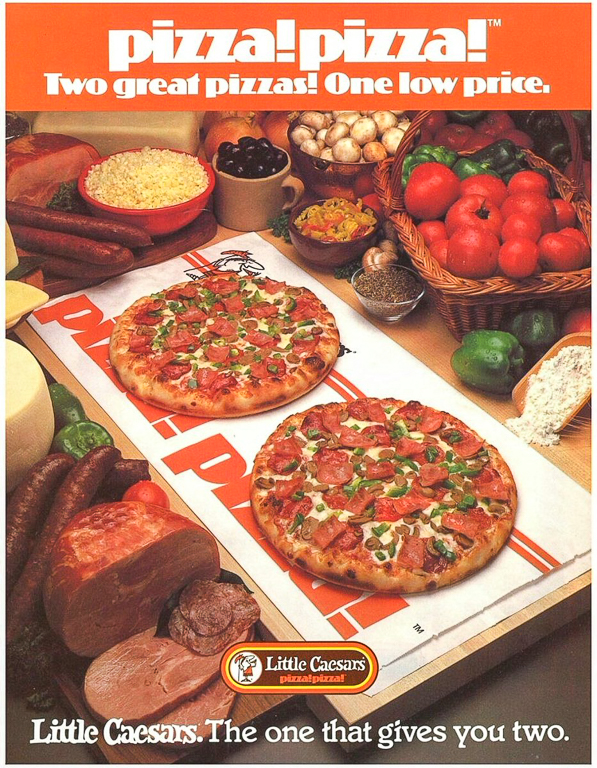 I've been having fun making packages for all the other things we're making at home, so I was definitely going to re-make that unique pizza box. This giant 5' straight-edge is coming in handy. 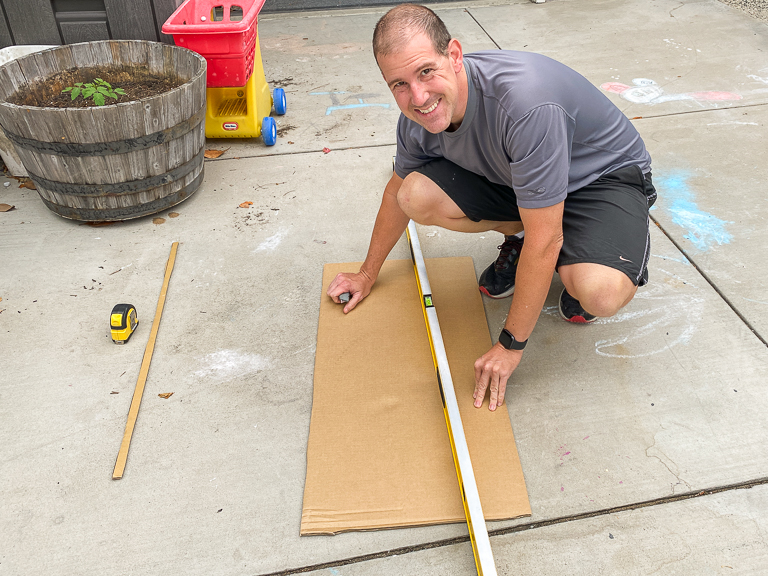 I don't have a large roll of paper, but I do have a 15" roll of parchment paper. I'll need a few overlapping sections, but we'll make it work. 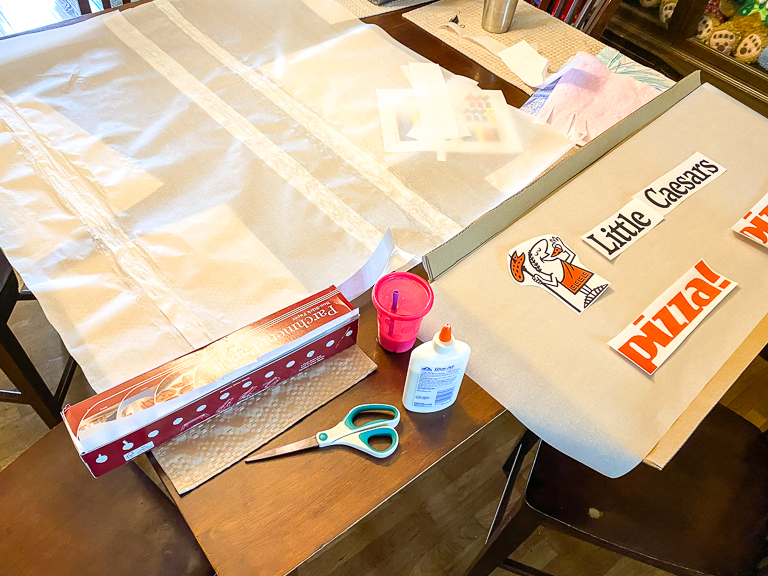 There's my giant sleeve and also a bag for Crazy Bread. 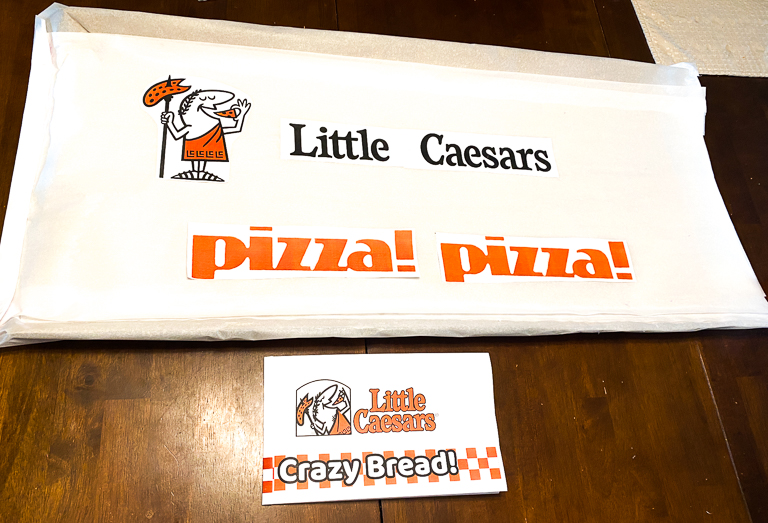 About 90 minutes before I was ready to bake them, I pulled my dough out of the fridge. They've had 24+ hours to develop some flavor, and now they're ready to sit at room temperature for 60 minutes. 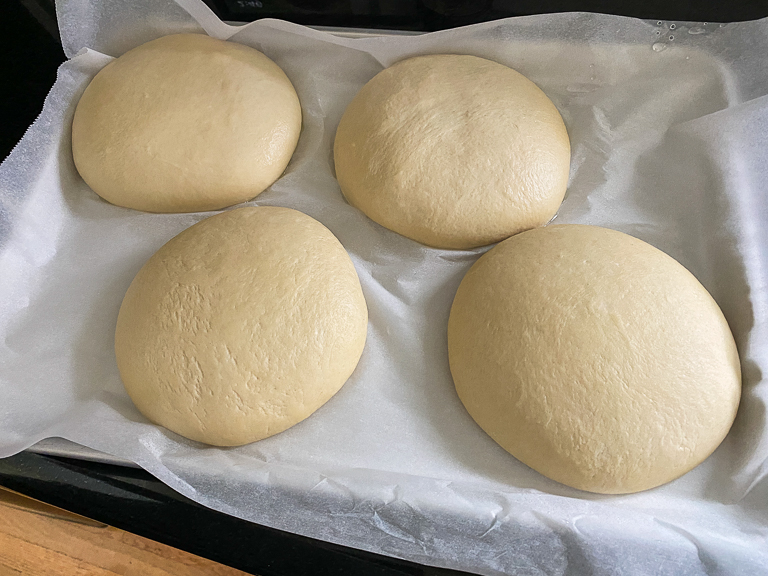 Thirty minutes before baking, I tossed down a layer of cornmeal and stretched out the dough. I regret only having one pizza peel. I had to flip a cookie sheet over and let it rise for another 30 minutes on that. 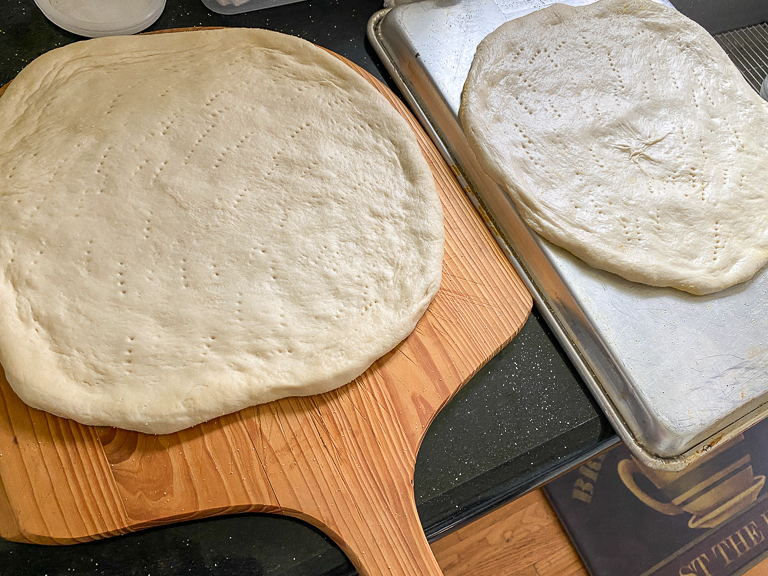 Time to sauce it up! 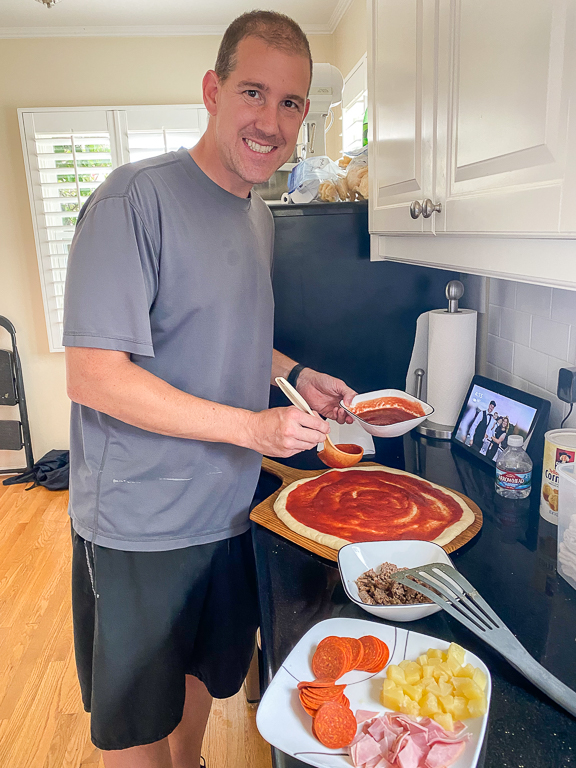 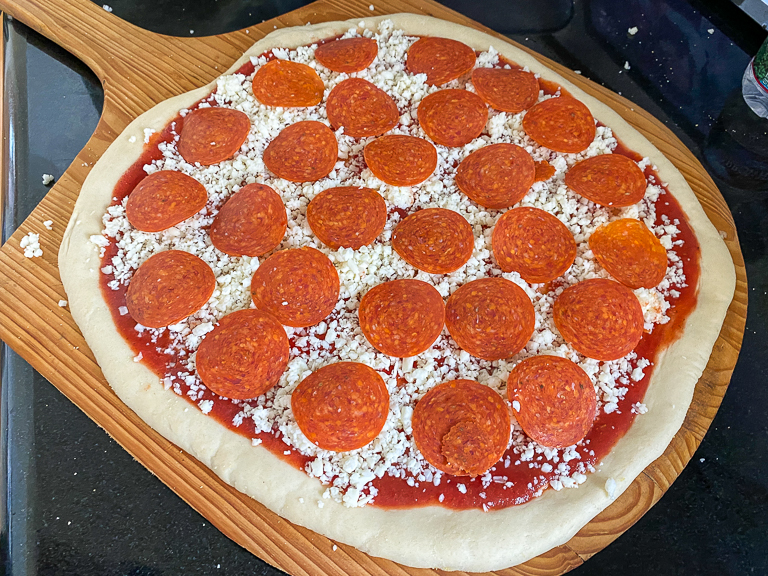 And came out of the oven looking like this. That's looking really really close to a Little Caesars Hot and Ready pizza! 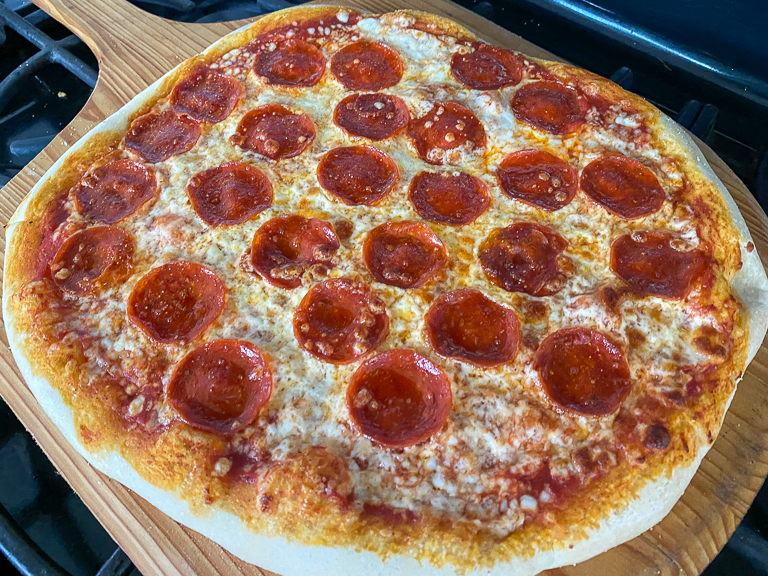 With limited baking room, I had to put the breadsticks in after the pizzas were done. I stretched the dough to fill a cookie sheet and after letter them rise for 30 minutes, I cut them into strips. 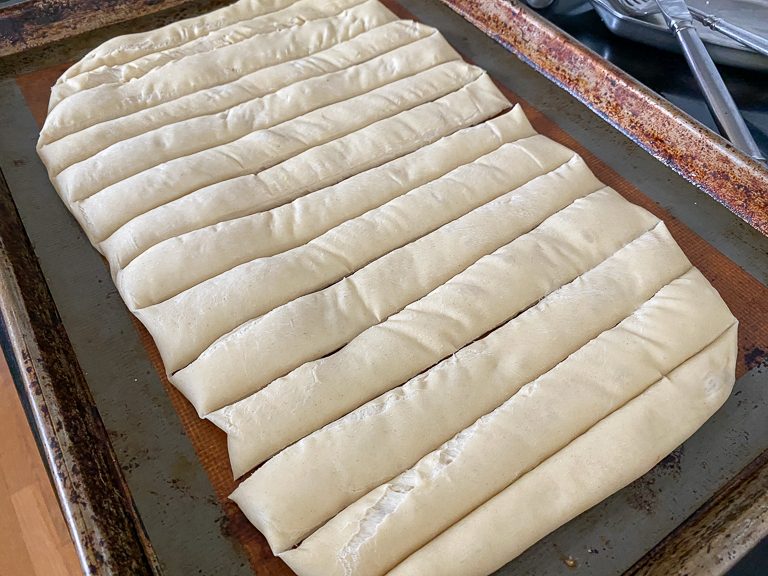 The first 5 minutes of baking was just like the photo above. I quickly pulled them out and gave them a quick brush of garlic butter. Mmm, that's looking fantastic! 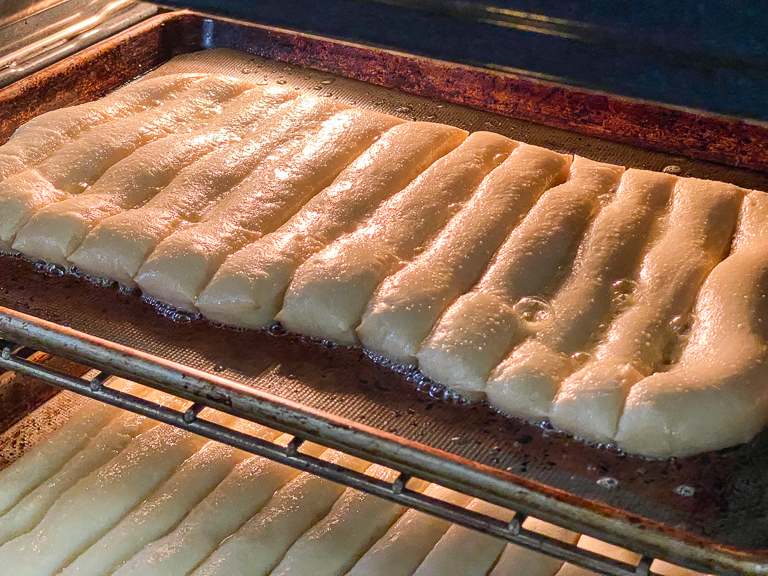 Once they started browning, I pulled them out of the oven, brushed them with a little more garlic butter and then sprinkled on grated parmesan cheese.
Here's what my bag looks like. I even make an inner sleeve of parchment paper. 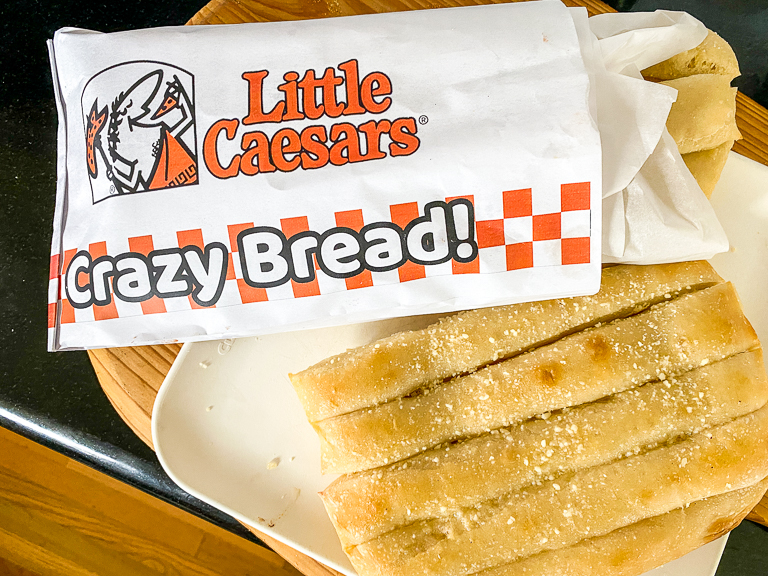 And just for comparison, this is what an official bag of Crazy Bread looks like. Minor differences but at first glance, very passable. 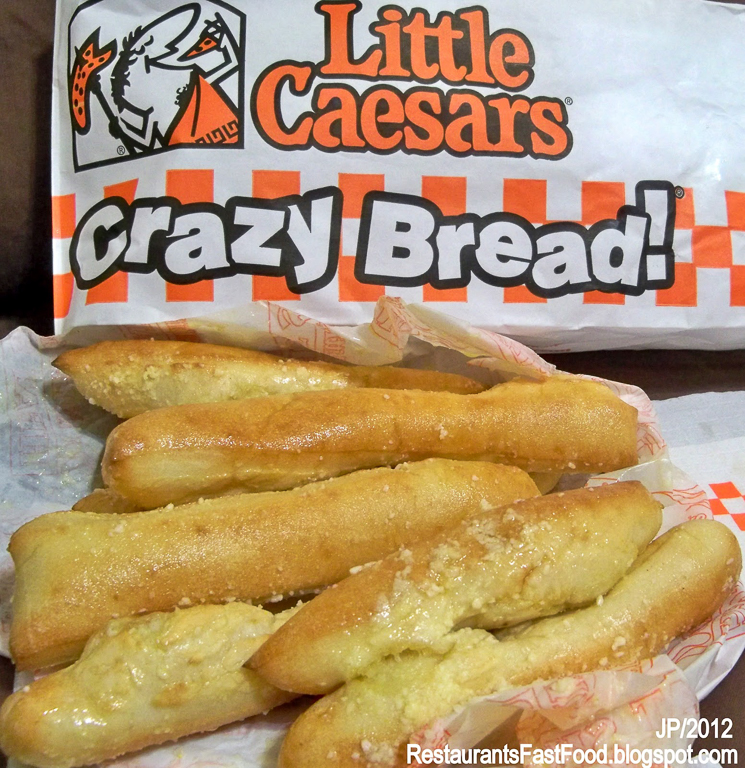 Alright kids, Daddy is home with pizza and breadsticks! 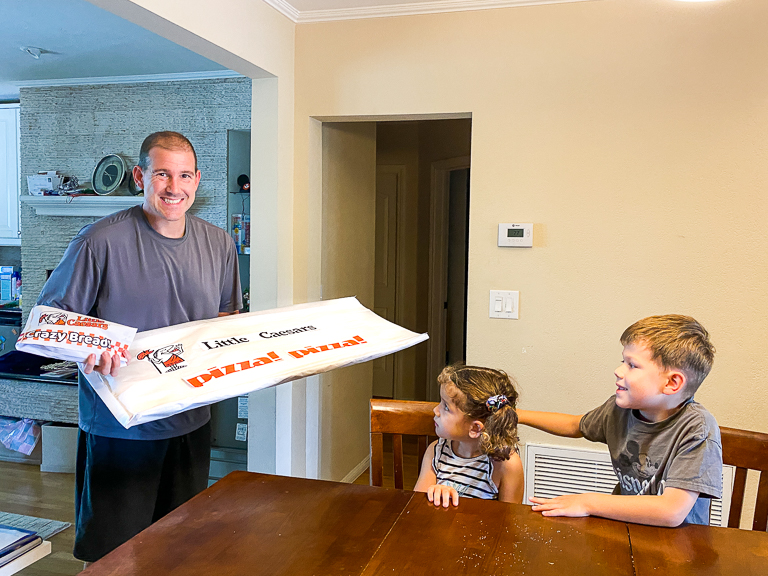 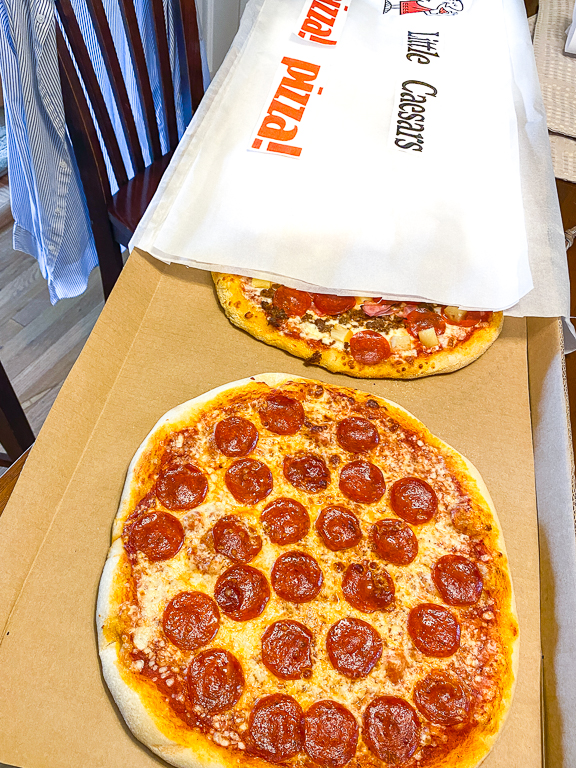 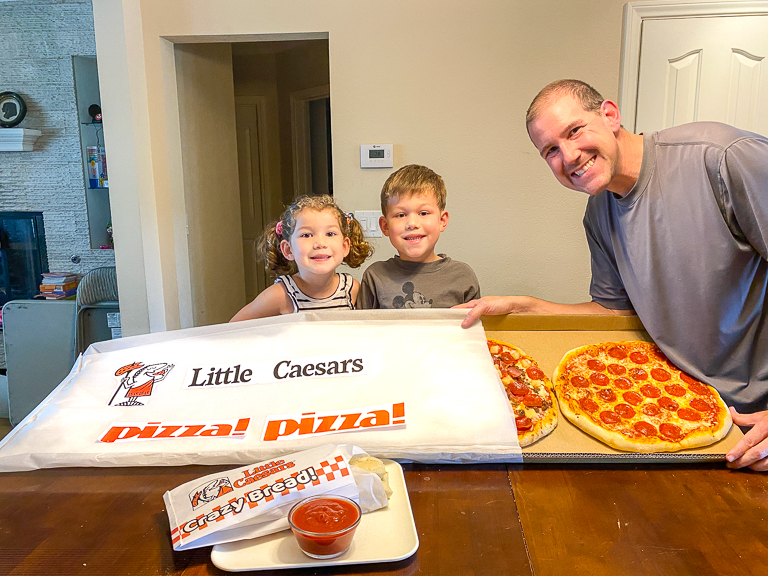 Breadsticks are looking fantastic. Can't forget the Crazy Sauce to go along with the Crazy Bread. 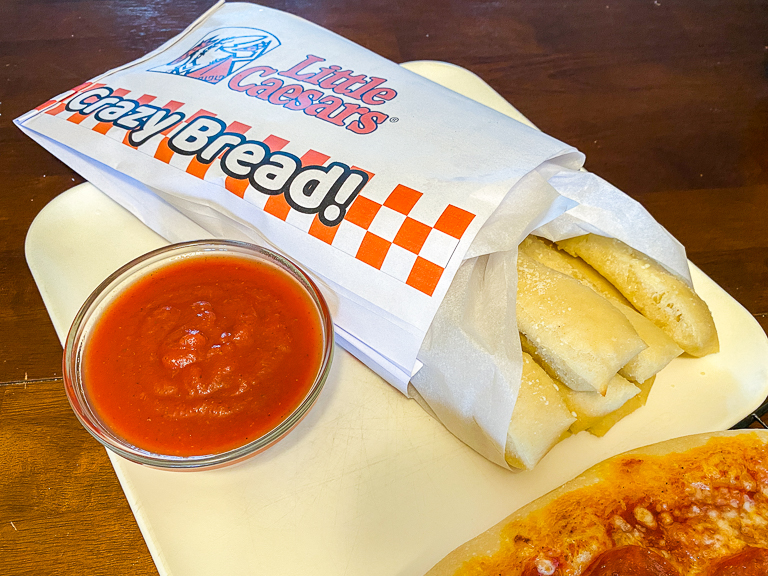 Alright, this is the ultimate test. 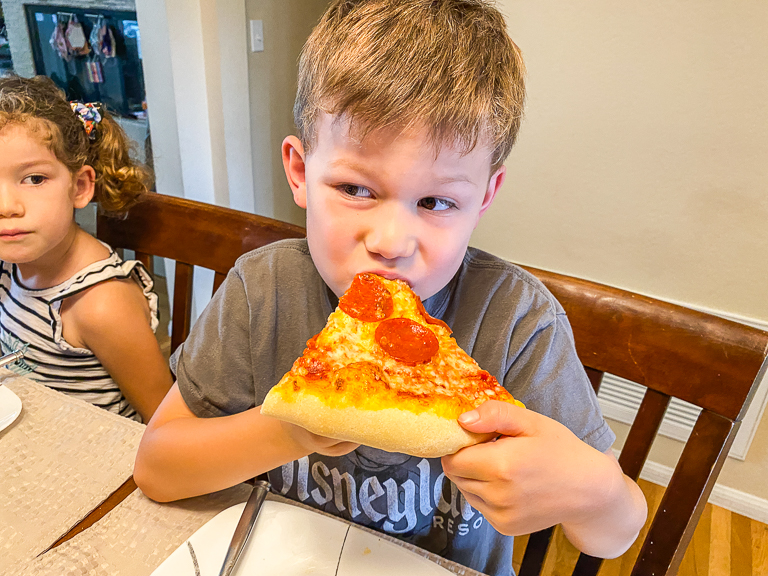 What's the verdict Ian? He loved it! Better than Little Caesars! He'd go on to have a second large slice. Alli thought it was tasty too!

Theresa said the pizza was very very close to Little Caesars. In a blind taste-test, she'd have a hard time picking it out. The breadsticks were good, but not quite there. I think my parmesan isn't as salty as theirs and that a little bit of kosher salt would have helped. Still good though. 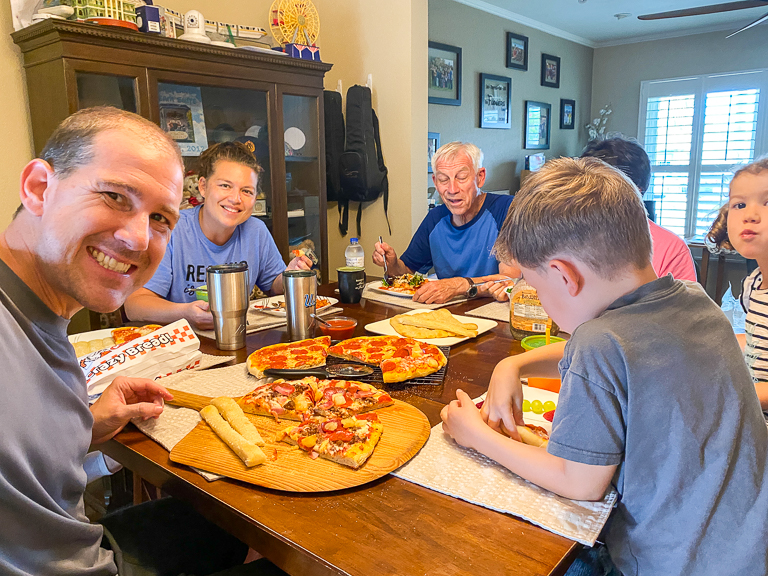 And Chi and Richard are still tickled with everything I do to make these meals. All the effort with the paper-products and recipes, but in the end, we've got something we can look back and be proud of.
And phew, finally done writing that up. I can't count the number of times I started typing Little Ceas... and then had to backspace to correctly write Caesars. 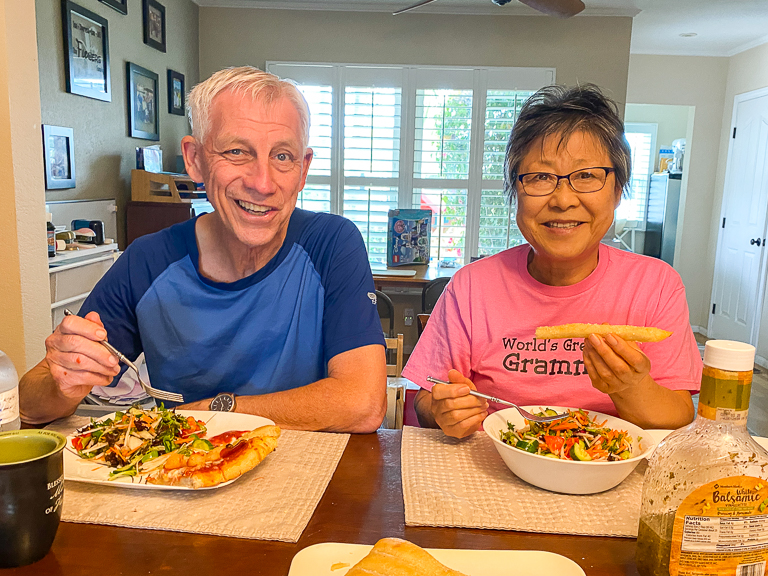