The kids were excited to have another taste test, and this time they are going the more traditional route. They found a pack of Hi-Chew and decided they wanted to have a taste test with all the different flavors. 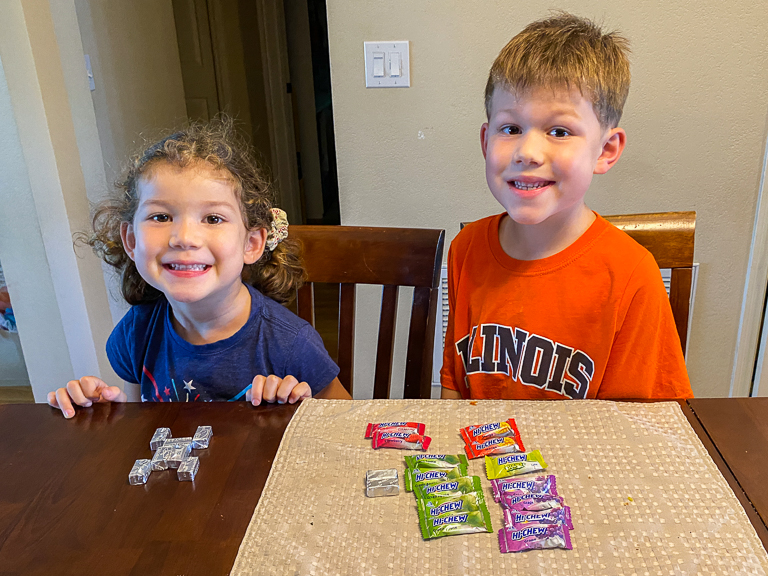 And so today we're going to sample Strawberry, Mango, Sour Lime, Green Apple, Grape, plus a mystery flavor. That mystery flavor was originally in the standard stick package, but was opened a while ago. I can't read the writing on the package to even know if it says the flavor or not.
And in researching this one, I had no idea that there have been 131 flavors created of Hi-Chew since its inception in 1975. 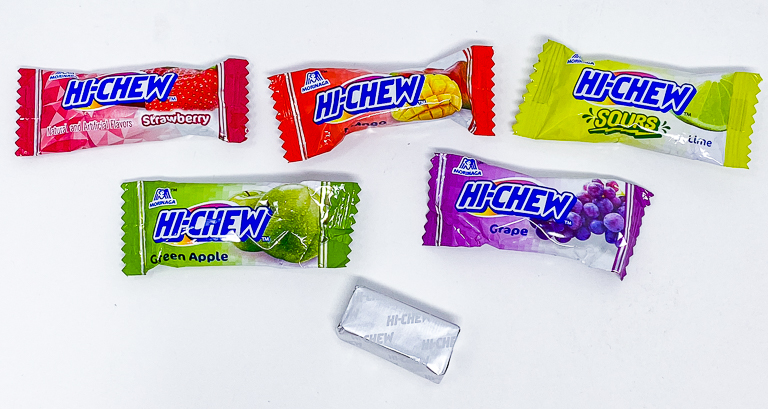 And since they're in charge of the taste test, I asked if they wanted to set up the candy for the photos in the lightbox. Ian set up the photo above. 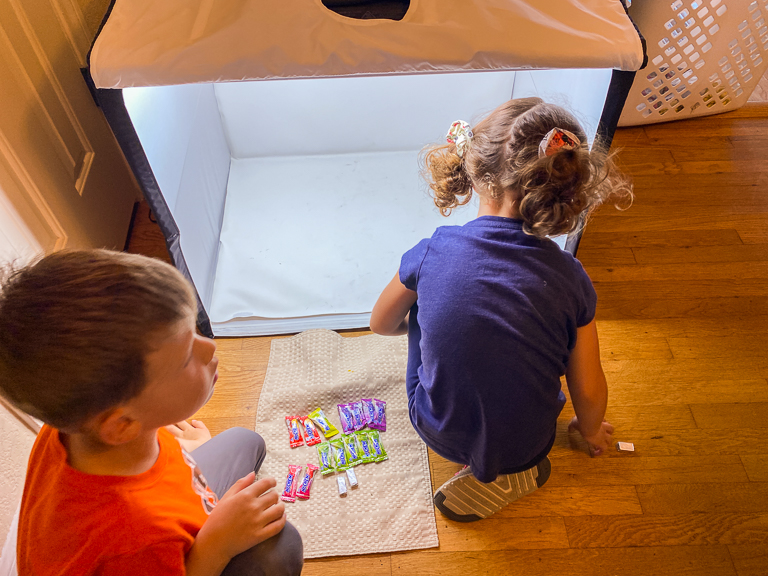 And Alli wanted me to take a picture of the Candy Monster she made out of the mystery flavor. 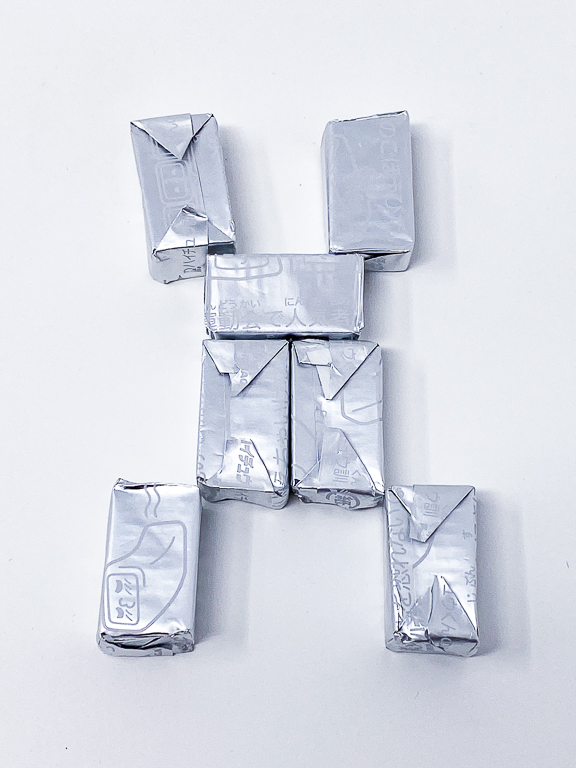 I grabbed a knife from the kitchen and split all the different flavors into pieces. Hmm, that mystery flavor appears to be orange. 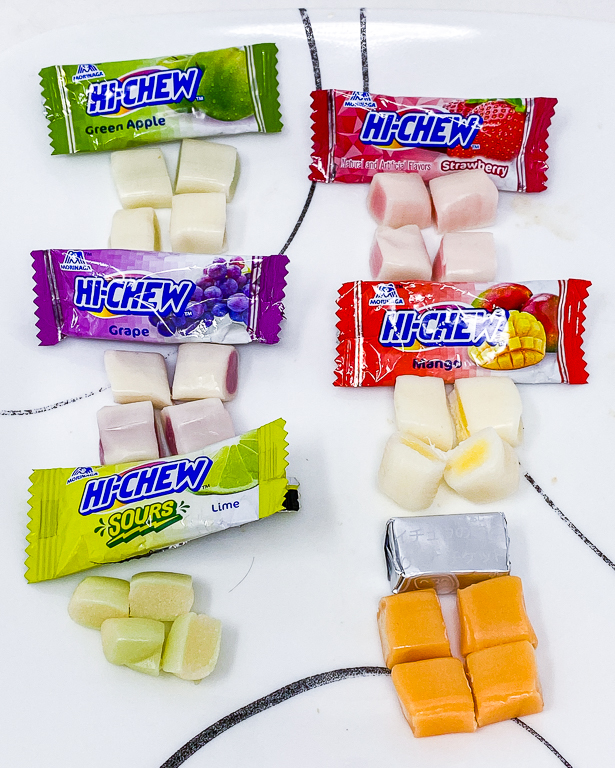 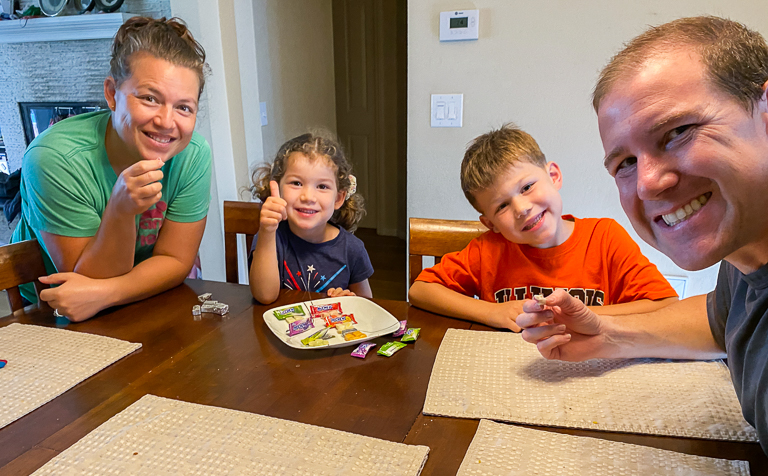 We worked our way through the other flavors.
Theresa chose Strawberry and again, we loved it.
Ian wanted to try the Mango flavor. Mango isn't my favorite flavor in general, and this Hi-Chew wasn't changing my mind. Theresa and Alli agree. Alli said it tastes like grass. 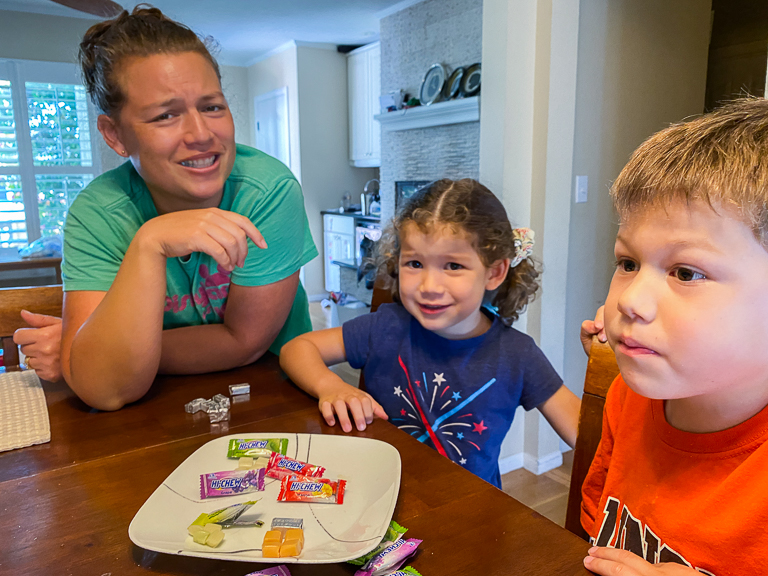 Green Apple tasted like the typical green apple flavor. Maybe a little better.
The Sour Lime tasted very much like Citrus. I thought it was great! Theresa did too, but said it tasted like extra strong Gatorade.
The mystery flavor does have a orange component to it. I wonder if it's just regular orange or if there's something else mixed in there.
Time to vote for our favorites:
In first place: Strawberry. Theresa and Ian thought this was best. It was my second favorite.
The next favors were Green Apple (Alli) and Grape (Joe).
Good idea for a taste test kids! 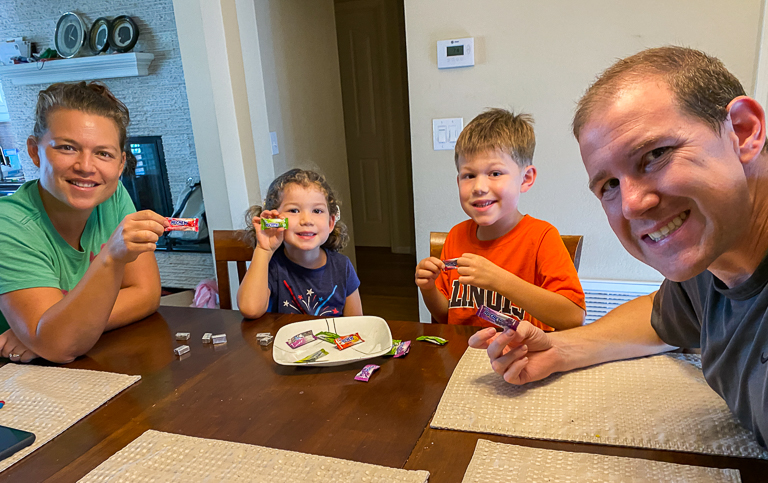