Kit Kat must be expanding into the ice cream business! About a month ago we tasted the Brand New Kit Kat Ice Cream. Now they've got another new offering, Kit Kat Ice Cream Cones! And if it's a Drumstick style ice cream cone, Richard is sure to be joining us. He loves those kinds of freezer treats. 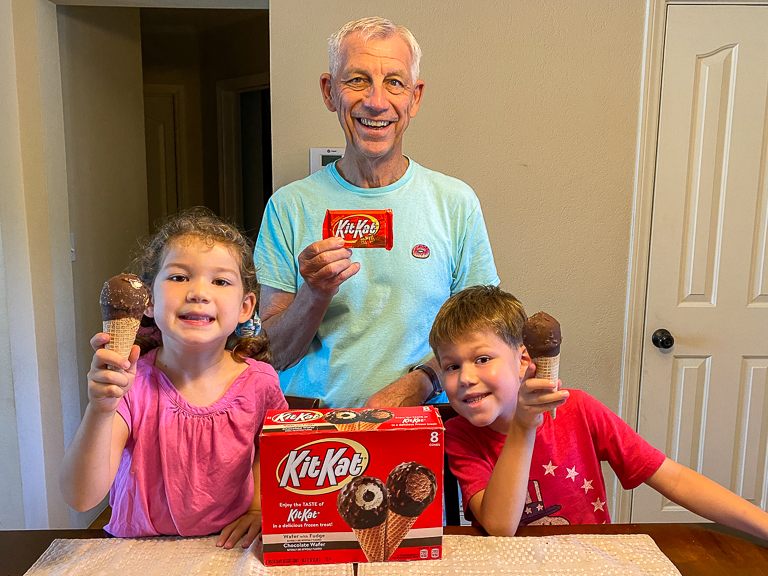 Each box has 8 cones in it, and there's two flavors. Vanilla and Chocolate, though for some reason they call them Wafer with Fudge and Chocolate Wafer. 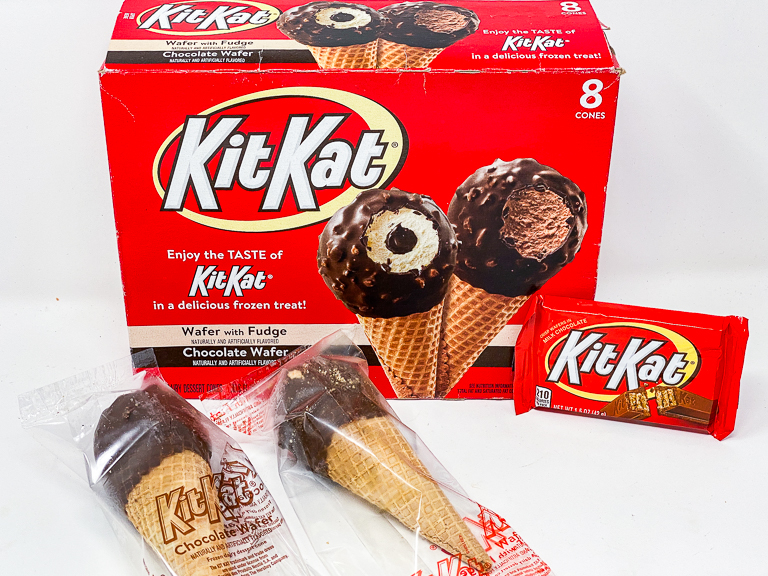 And here's a look at the back of the box. Hmm, I guess the white one has no vanilla in the ingredients. Maybe that's why it doesn't say Vanilla on the front. The cone is dipped in chocolate and has wafer pieces in it. It also promises a Crispy Sugar Cone. 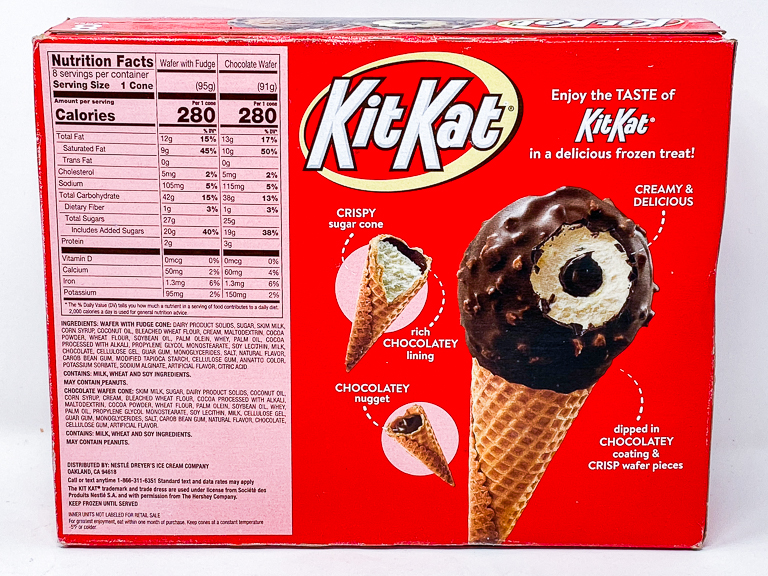 Enough talking, let's eat them! The kids each picked Wafer with Fudge because they want that chocolatey center. Richard asked for that one as well, but that's when we encountered our first surprise. Even though there's 8 cones in a box, there is not an even distribution of flavors. There were 6 Chocolate with Wafer cones and 2 Wafer with Fudge cones. That's a little disappointing actually. 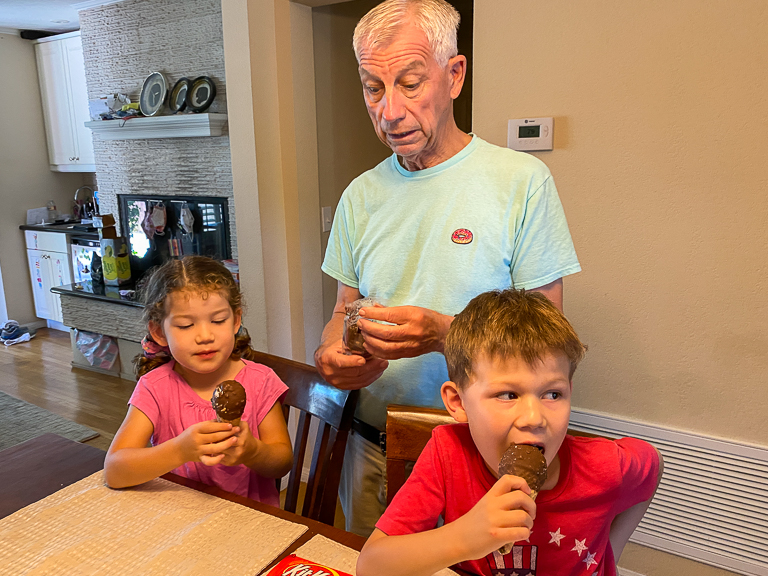 Ian wanted us to get out the ice cream from our previous taste test. We got it out... but didn't actually eat any. The kids are enjoying their Kit Kat candy bars too. 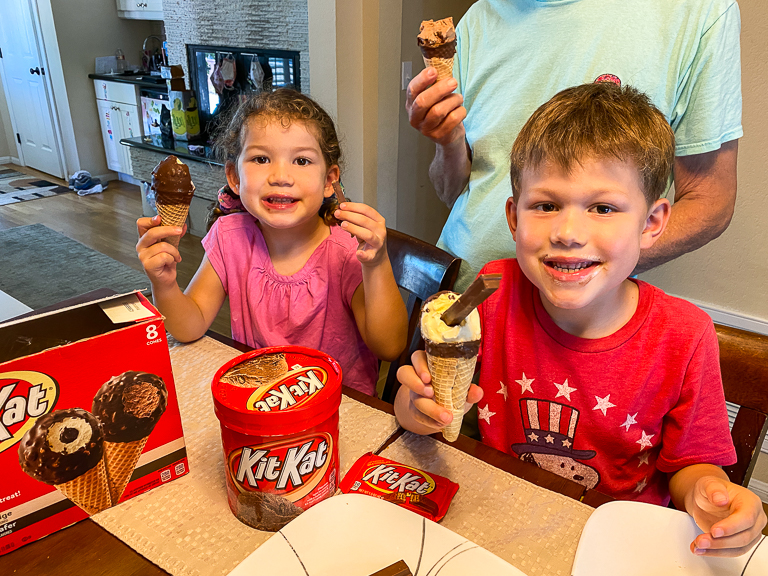 Alli likes making whatever she's eat look like the box, and she always insists on a picture. I'm always happy to oblige. 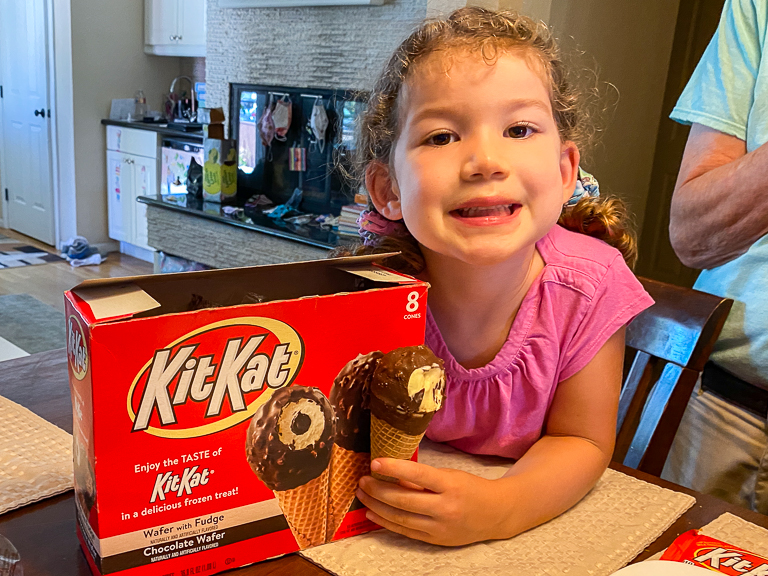 I have a Chocolate with Wafer cone. There are crunchy bits in the shell, but I'd have a hard time identifying them as wafer pieces. They're just a little too small to tell. 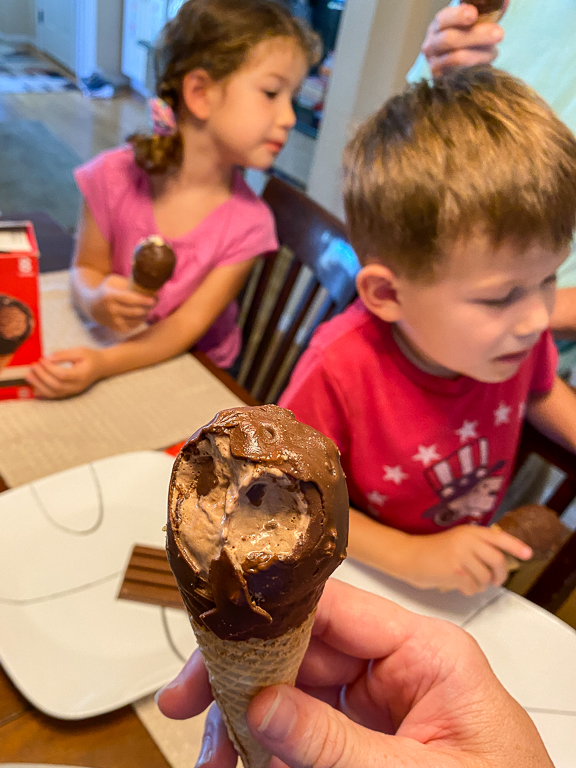 The ice cream is very fluffy, meaning there's lots of air in it. Not going to be winning any awards for rich and thick ice cream. 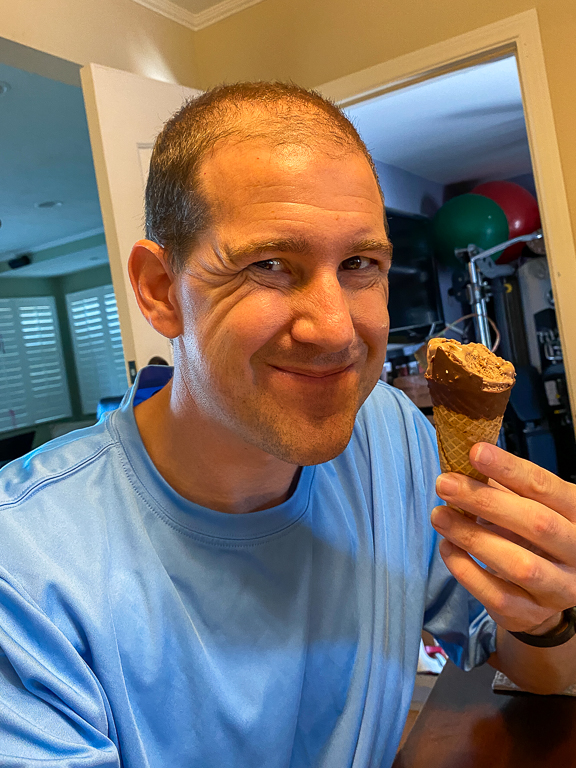 But despite that, the kids and Richard are loving the cones. 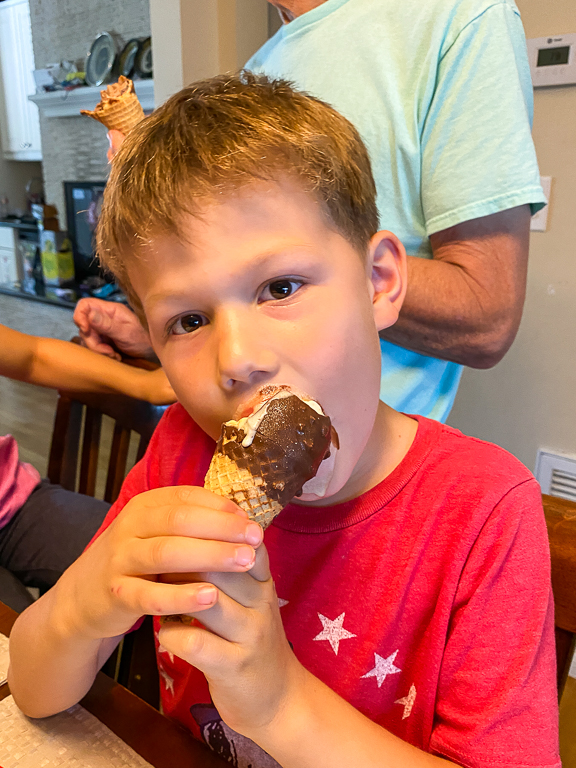 Theresa said that the ice cream was enjoying Ian's face. He's a little messy eater when it comes to foods he loves. 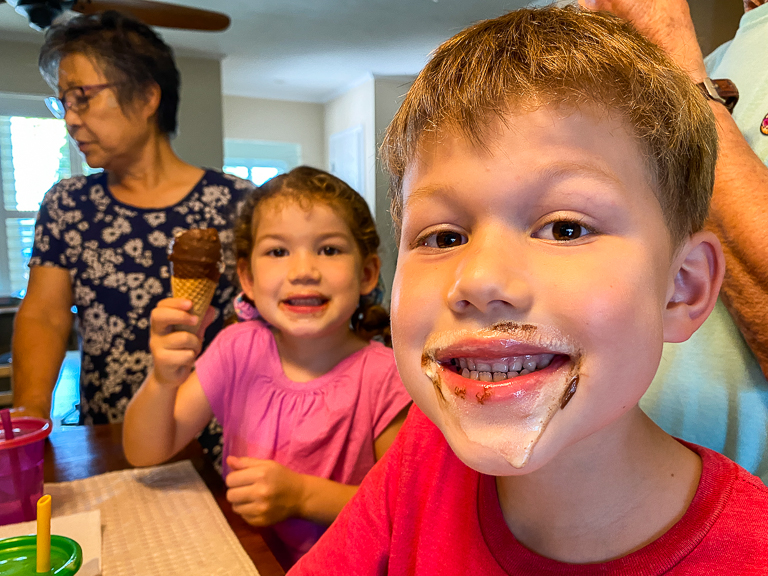 A Wild Grammy has appeared. Alli is always happy to share. 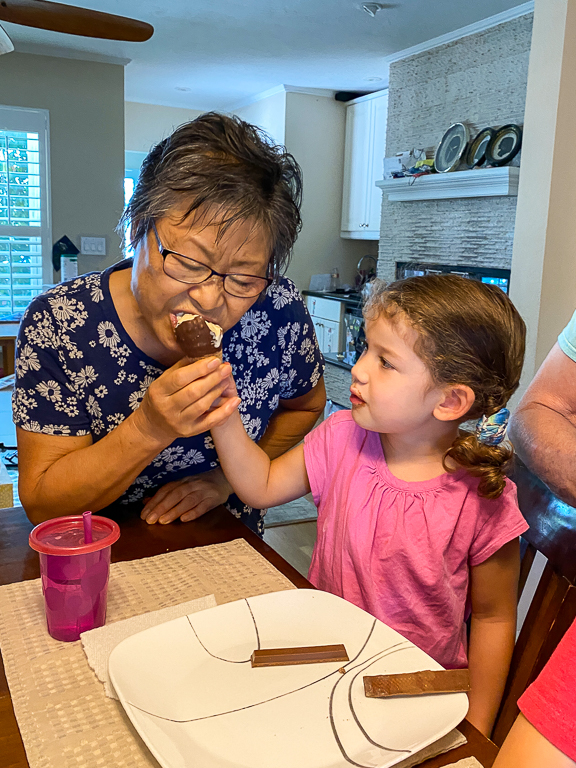 Once I got down to the cone portion, I was a bit disappointed! Far from being a "Crispy Sugar Cone" this cone is so flexible, I could unroll the entire thing if I wanted.
Well these Kit Kat Ice Cream cones are a No from me. Truthfully if I didn't see the box, I wouldn't have any guess that these are supposed to be Kit Kat. Drumstick (owned by Nestle) makes a very similar ice cream cone with fudge in the middle. These Kit Kats Ice Cream cones (also owned by Nestle) are from the same line, I'm sure. Those tiny bits of wafer in the chocolate shell are all that make them Kit Kat. 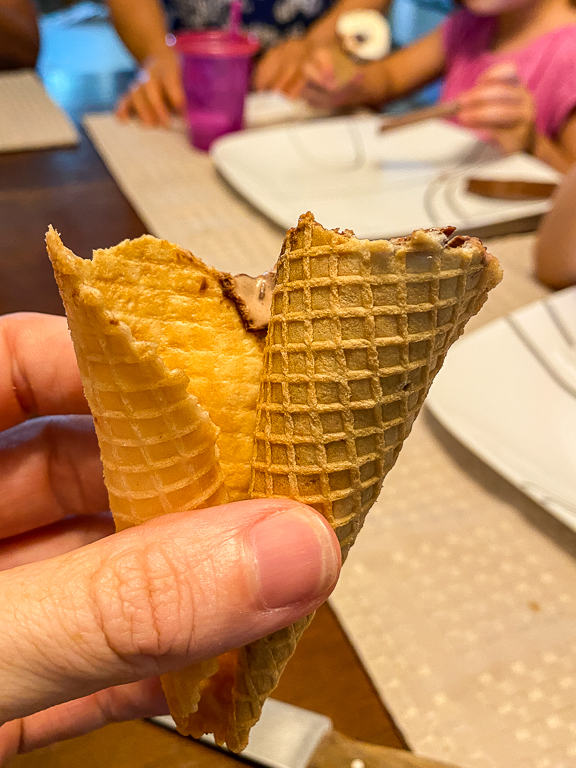