Making On The Border At Home!

Time for another make at home meal! We've done Mexican food at home before during our Make at Home El Torito night. Tonight we're having On The Border Mexican Grill & Cantina at home! The first On The Border opened in 1982 in Dallas Texas. Since then, they've opened 150 more restaurants across the United States, plus 9 more in South Korea! 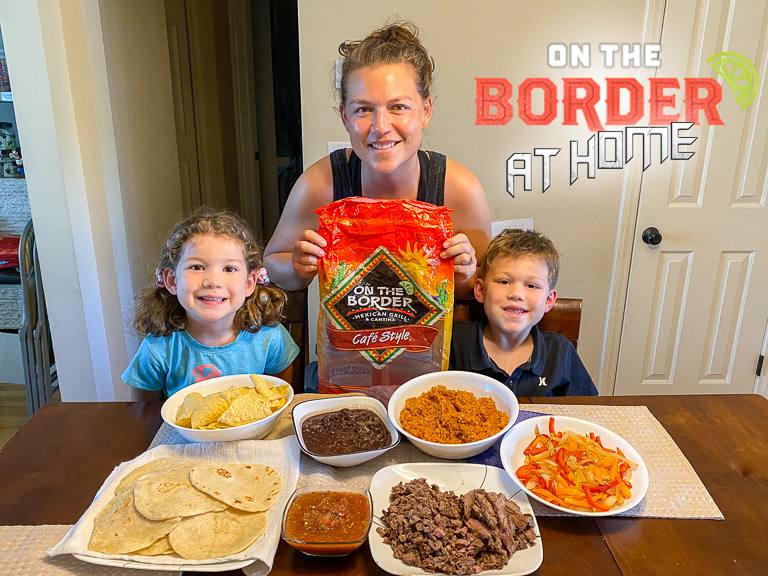 The last time we made Mexican food at home, I wanted to make homemade tortillas but ran out of time. Today I'm going to make the time. Today's recipe is coming from thecafesucrefarine.com and it's titled Best Ever Homemade Tortillas. At the time of this writing, 446 people agree and give this recipe high praise. 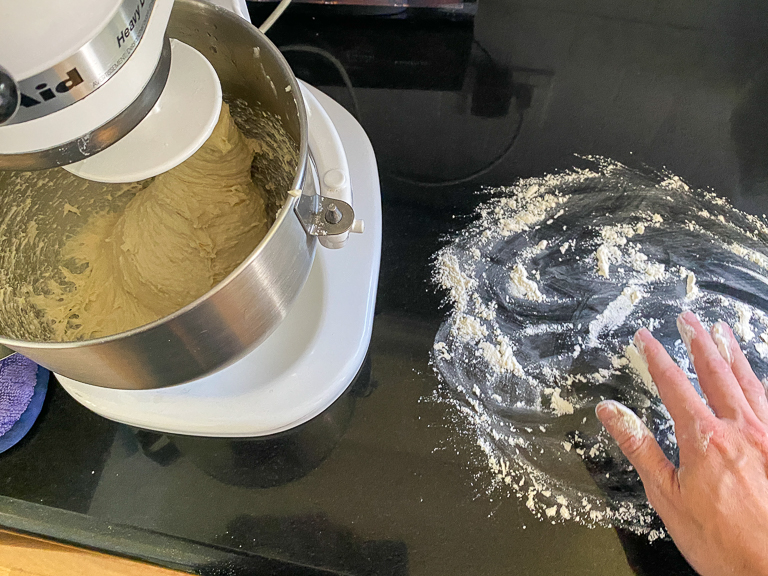 After mixing things together in the stand mixer, I weighed everything out and used a pizza cutter to portion things out. 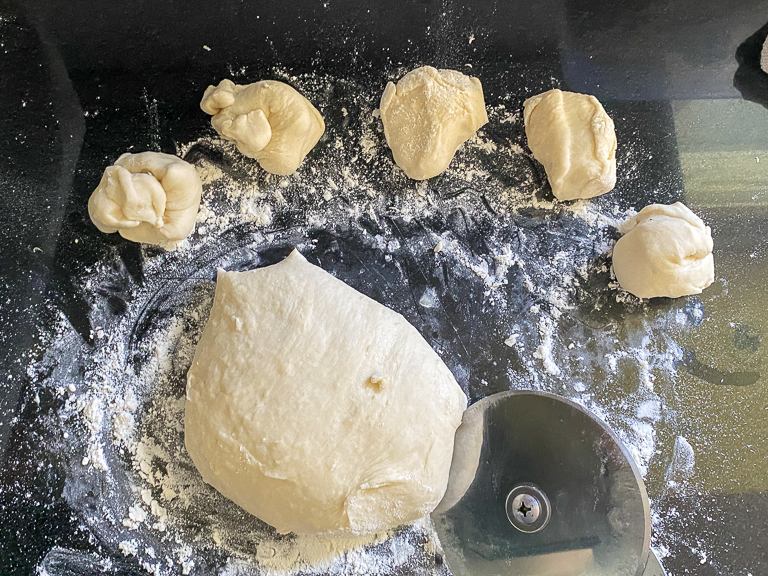 And then using two pieces of parchment, rolled these dough balls out as flat as I could. 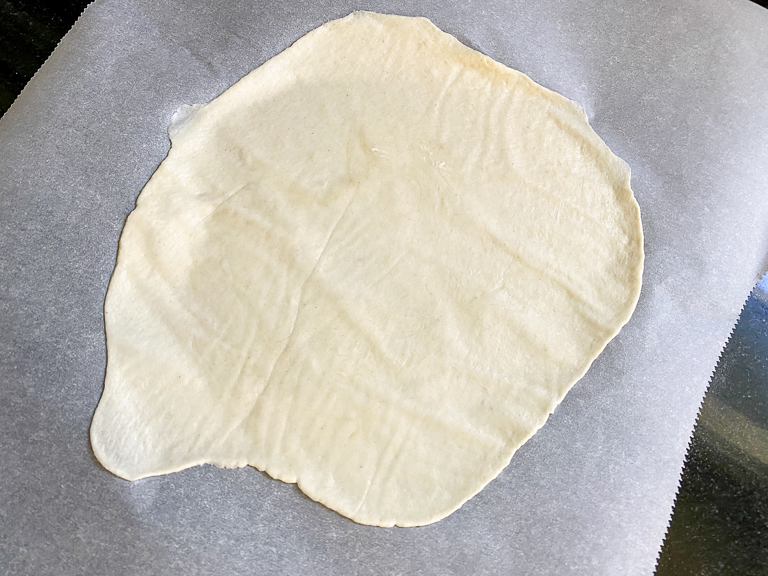 After making a couple, Chi saw how I was doing it and offered to take over. Perfect! Because I've got a date with a grill. 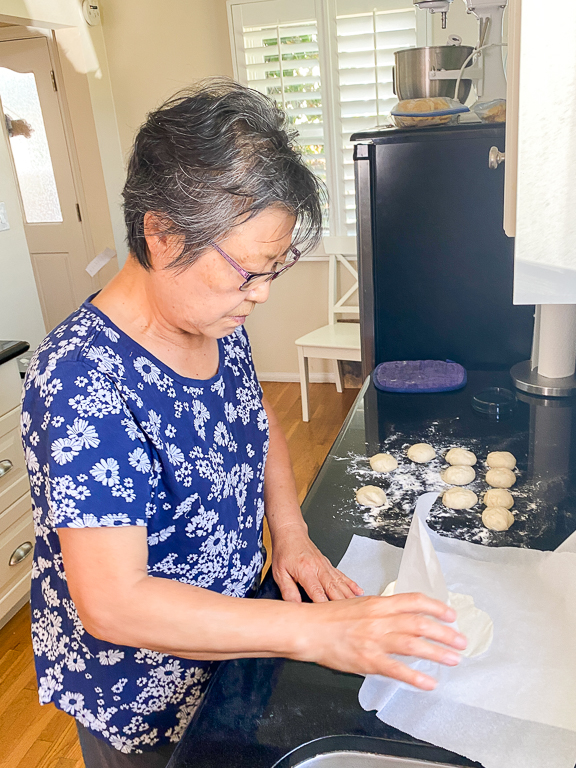 Theresa has a fantastic marinade for Carne Asada. It makes flap meat taste so good! And grilling it over a flame makes it even better. Her recipe comes from allrecipes.com for Taqueria Style Tacos - Carne Asada. 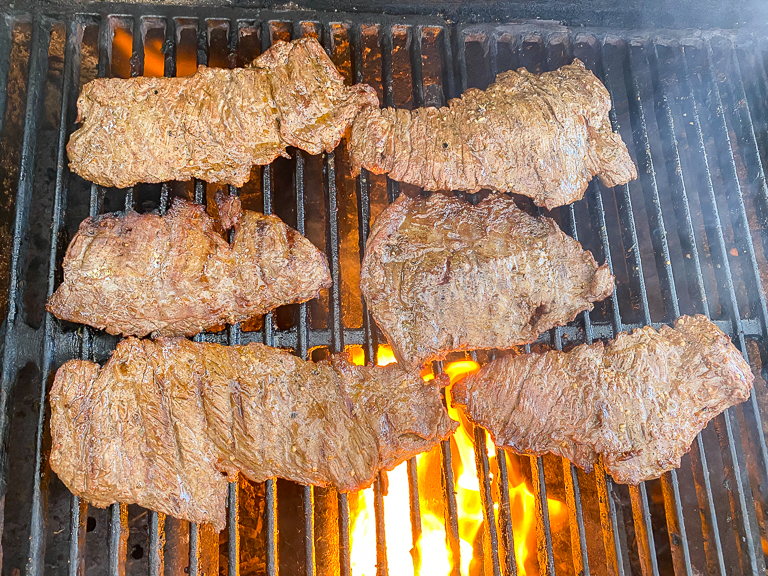 While I've got that going, Theresa is working on the peppers and onions. 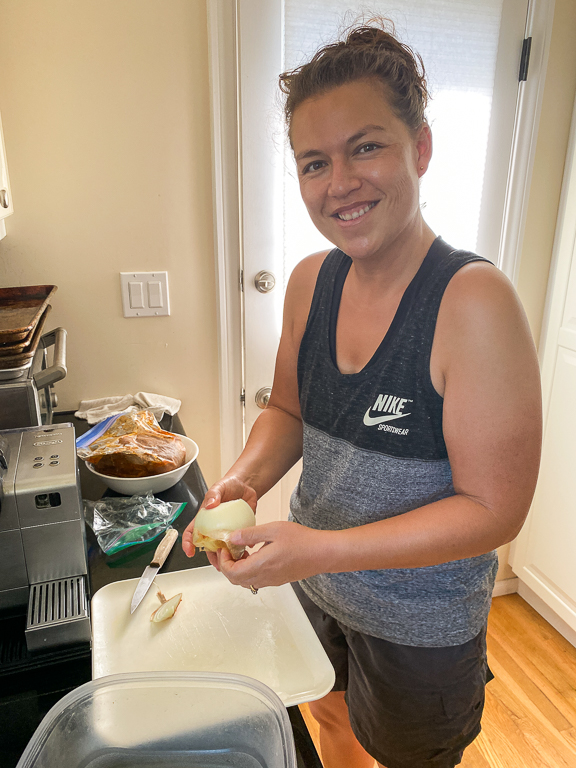 She says that she's never harmed an onion, so why do they make her cry? 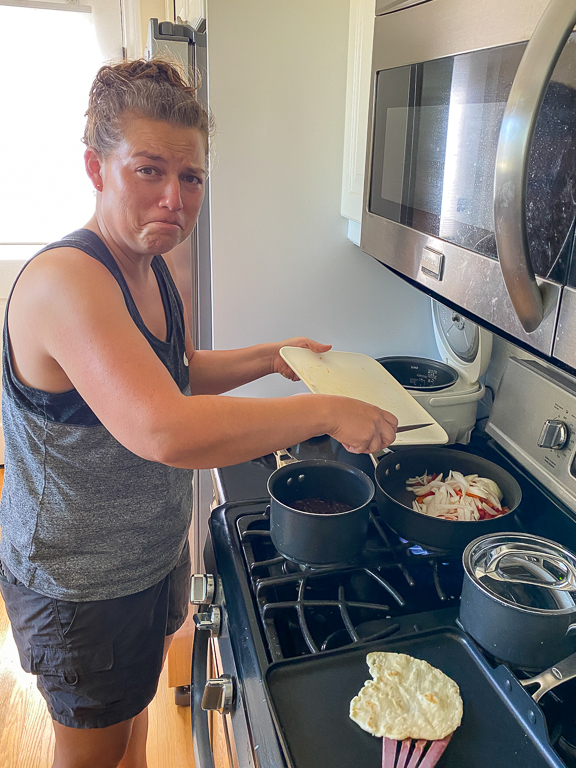 Instead of using a packaged Mexican Rice, Theresa is making it from scratch. The recipe was inspired by spendwithpennies.com. There were a couple modifications though. No jalapeno since the kids will be having some. And then instead of the 2/3 cup of tomato sauce, I happened to have some of my Red November #2 pizza sauce. We used that instead and it turned out great! 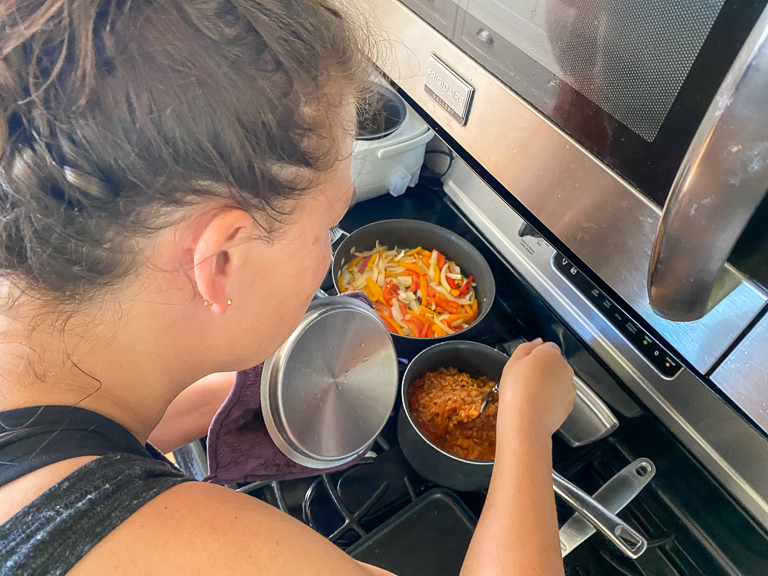 It's time to assemble and eat! And look at that, even the chips came from On The Border. 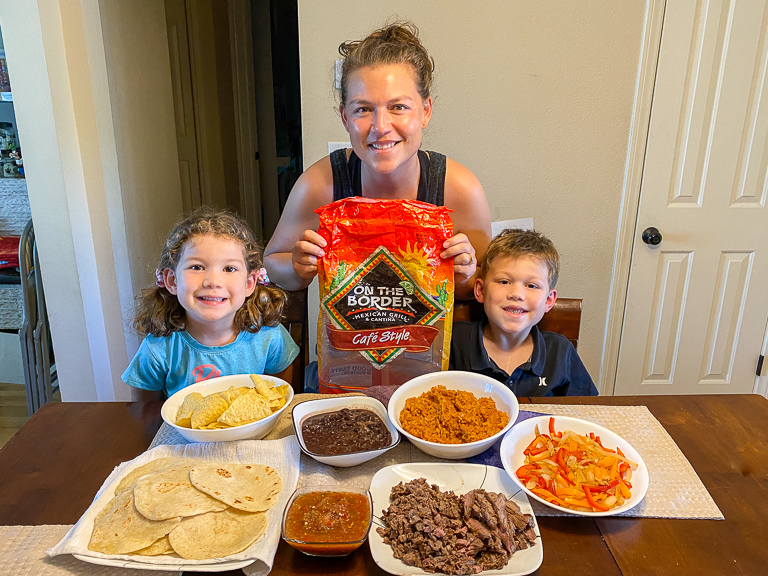 Just for reference, here's a few things from the On The Border menu. Chips and Salsa, fresh homemade tortillas, Carne Asada with sautéed vegetables and Mexican rice, and you certainly can't forget about dessert. 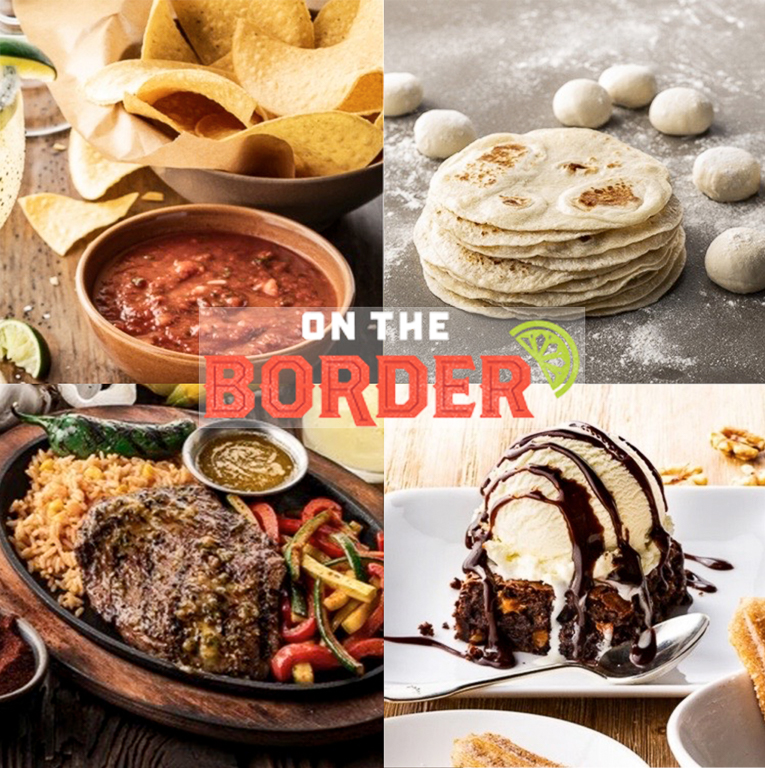 The tortillas really were tasty. You can tell a difference between homemade tortillas and the store bought ones for sure. 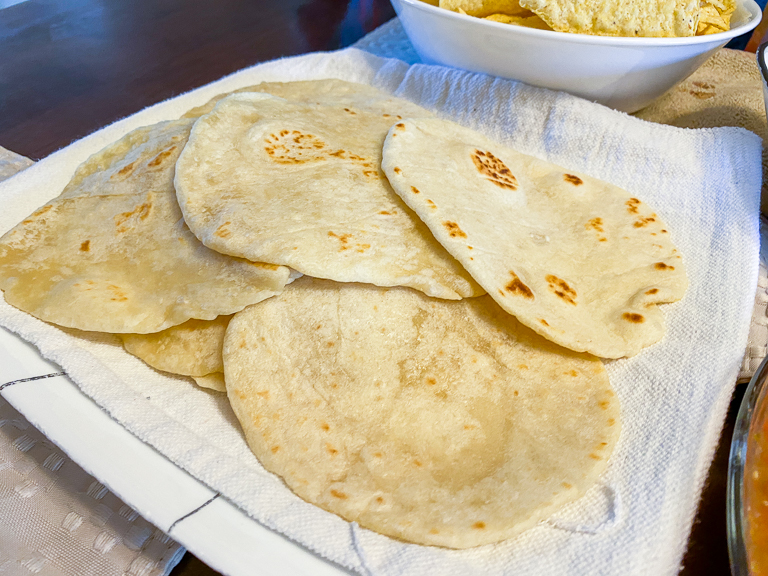 Our Carne Asada grilled up wonderfully, and the peppers and onions look great. 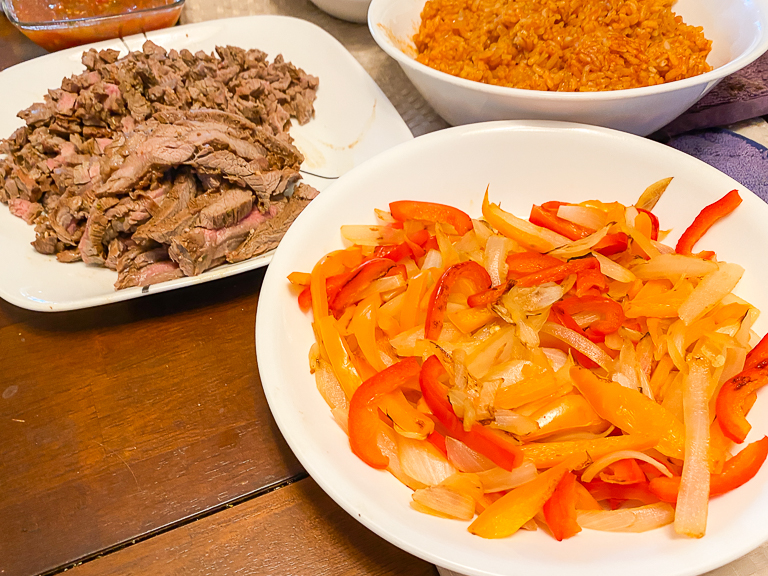 Theresa's Mexican rice turned out really good. And instead of just plain black beans, Theresa used a recipe from belleofthekitchen.com. 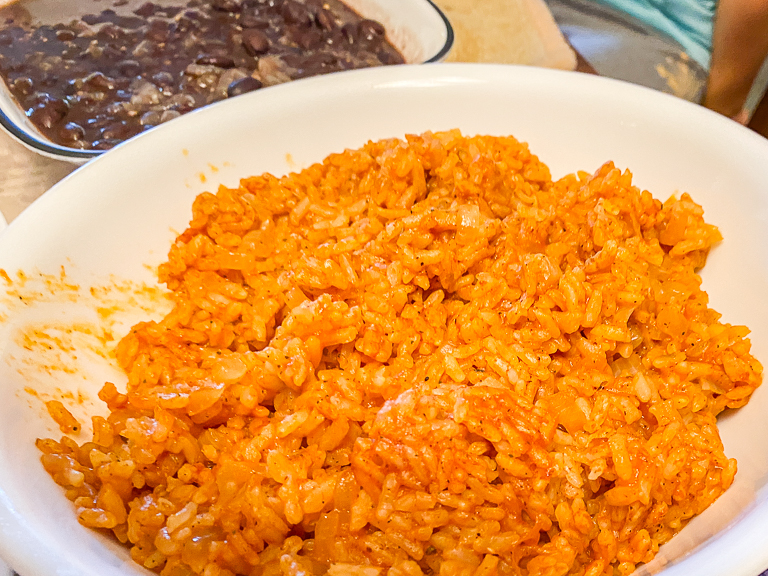 Here's my plate. Chi made some homemade salsa to go with our chips. 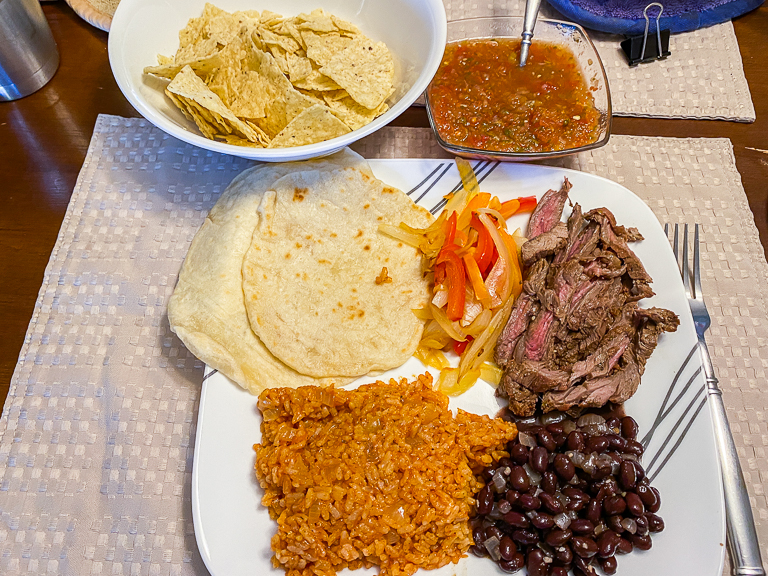 Assembled into a carne asada taco with a little bit of sour cream and taco sauce. 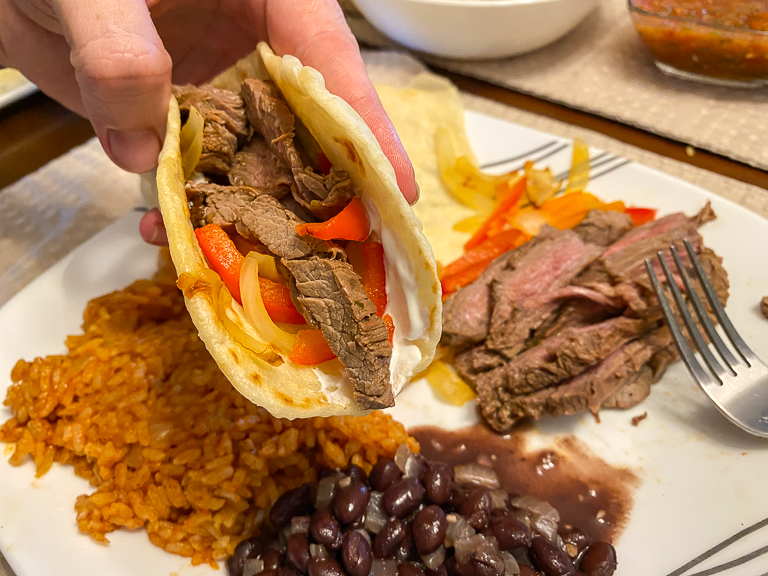 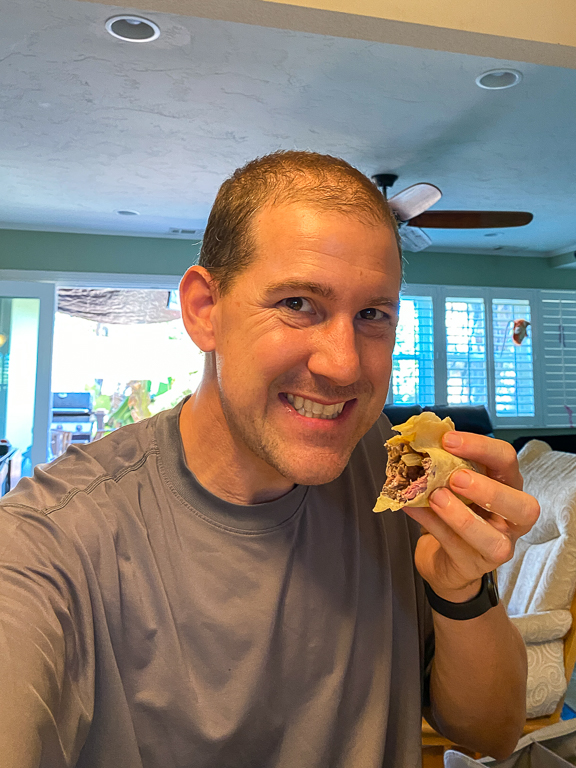 What do you think kids? 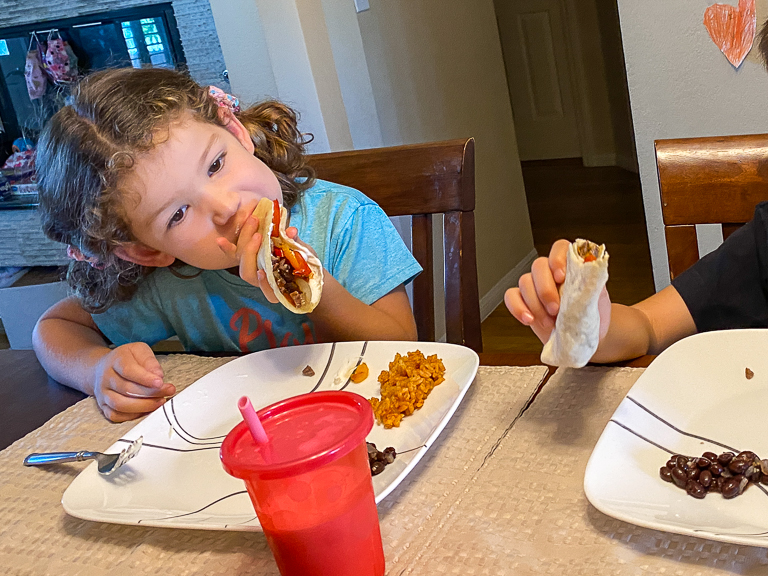 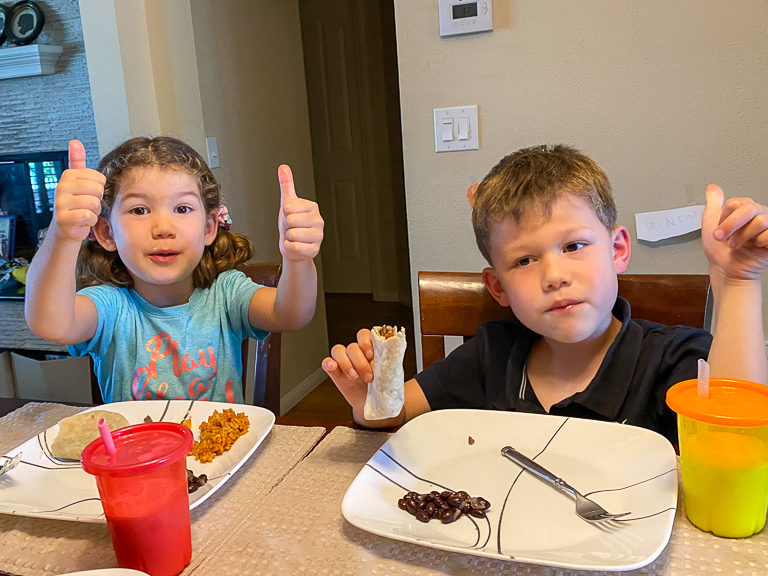 Richard and Chi both thought it was really good. Richard thinks this is one of his favorites that we've made. 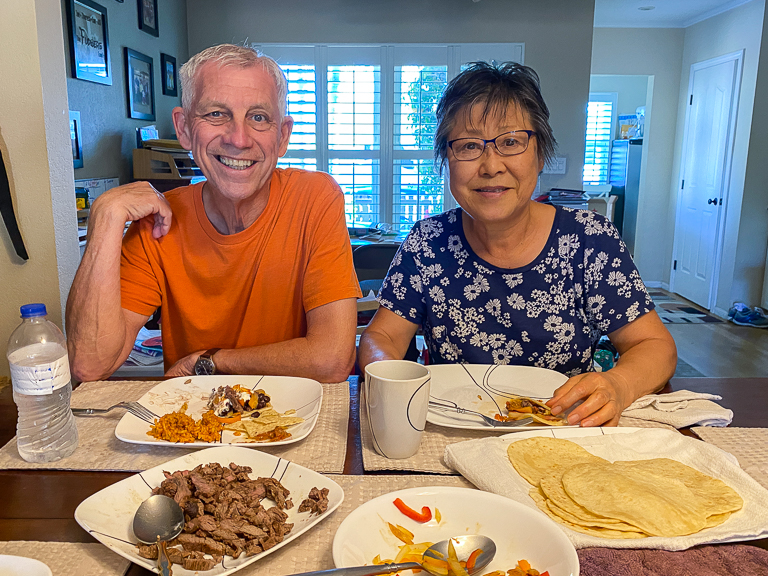 And you really can't forget about dessert. On The Border actually makes those Sopapillas we love, but we've done those twice already.
The kids and I made brownies earlier in the day. It'll be perfect with some vanilla ice cream and chocolate sauce. 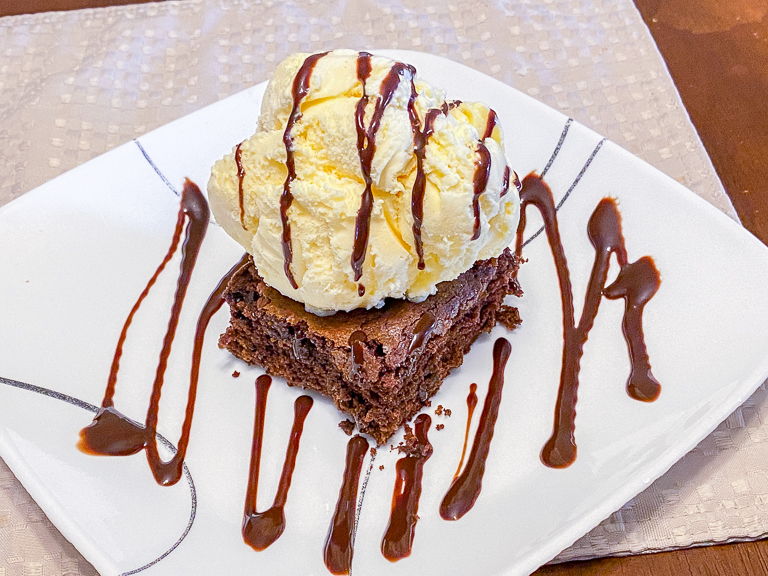 They're excited to dig in. 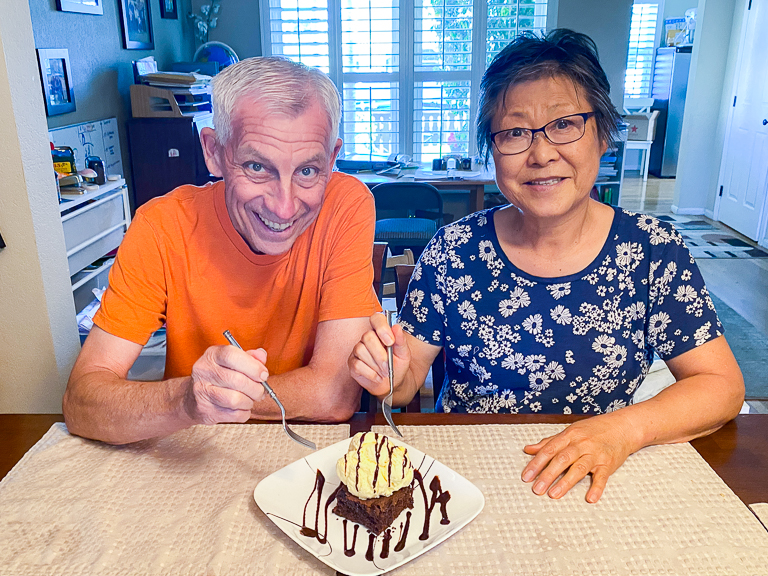 Ian asked for a cherry on his, and Alli was quick to say she wanted one too. 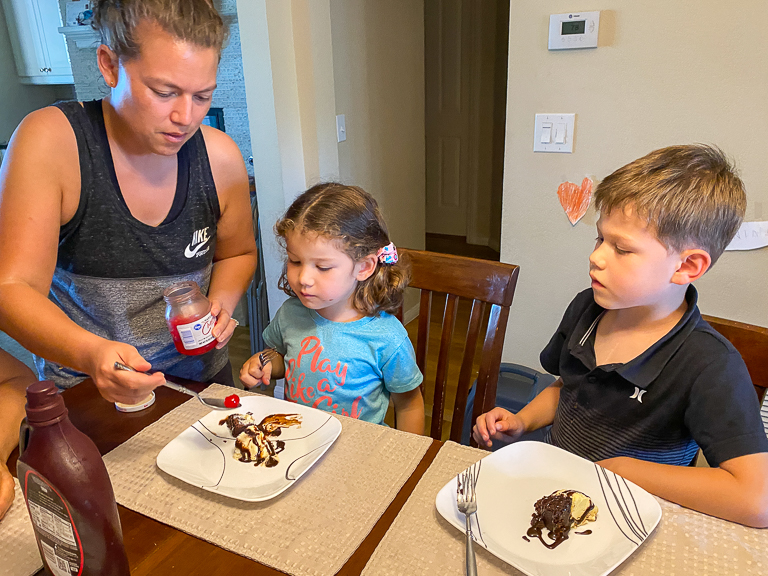 Brownies and ice cream is delicious! 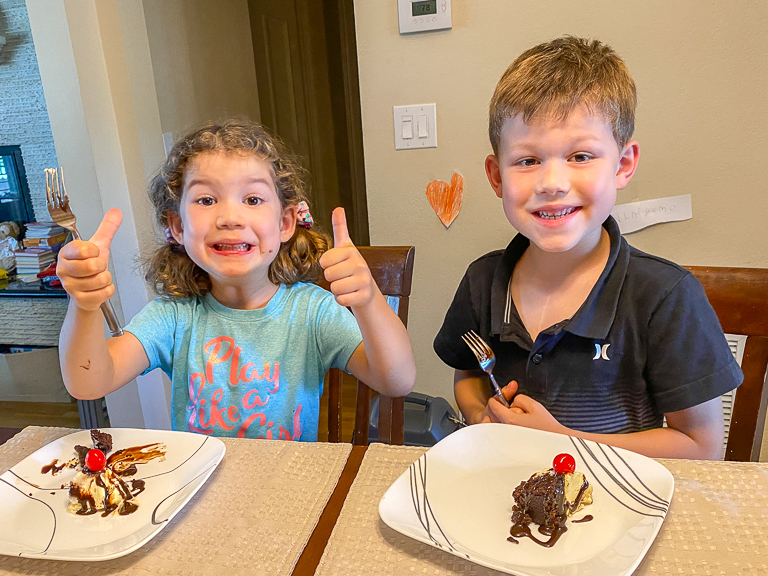 After finishing hers, Alli came over beside me. 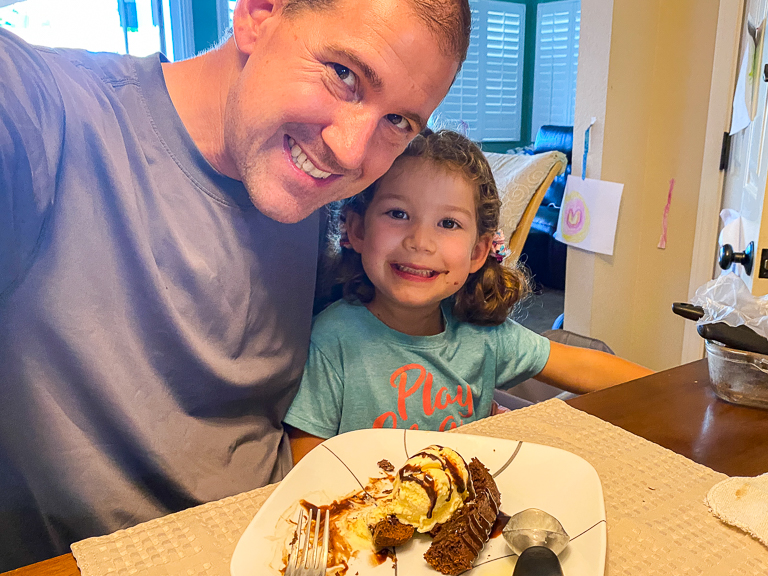 Alli - If you don't want to eat it all, I will help you finish it.
You're too kind Alli.