It's a beautiful sunny day in Southern California. When it's sunny like this, we like to go out to the front yard, pull out our hammocks, read books, and relax. Relaxing seems to always go better with a special treat. Back in February when we were in Bora Bora, I discovered Banana Juice and it was delicious! I've got to try making this myself. 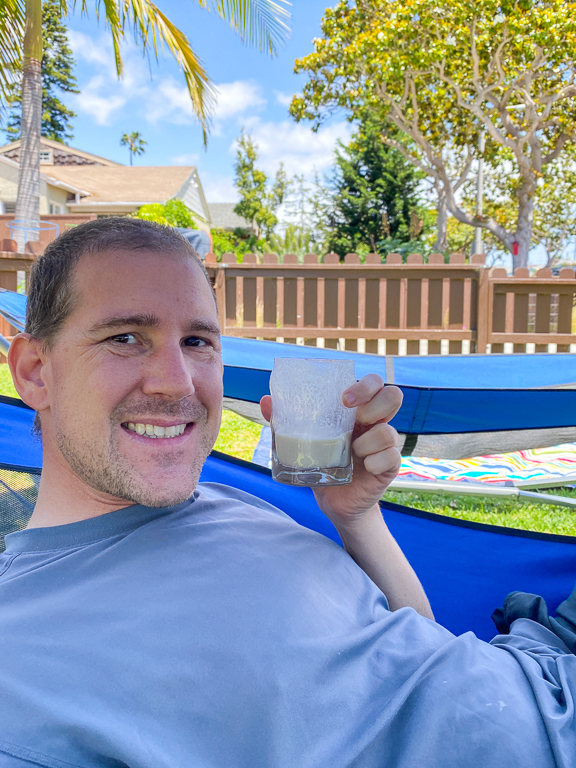 Here's what I saw in Bora Bora. They had lots of different juices from apple, pineapple, mango, and grapefruit. But the surprise to me was banana. 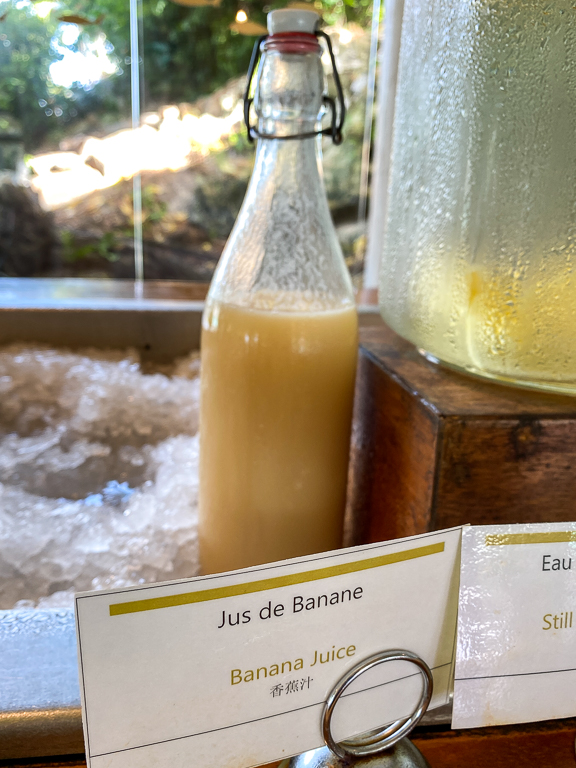 The kids were enjoying the sunshine outside. 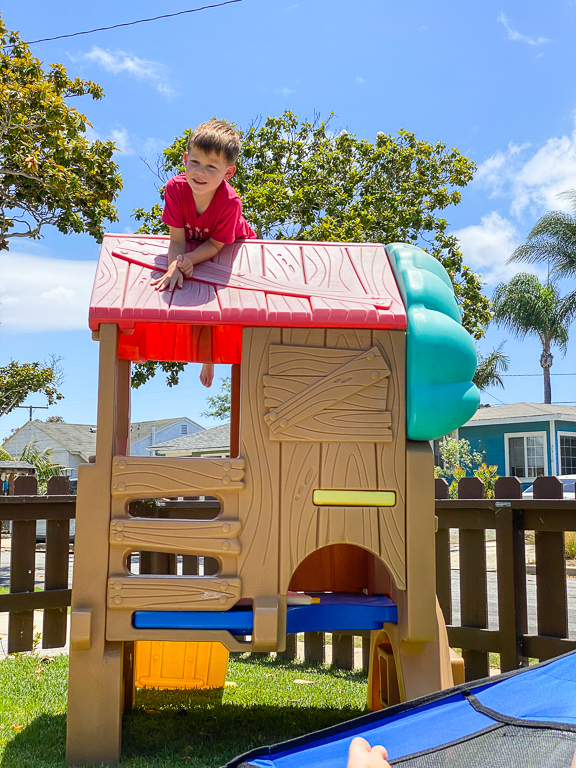 Alli set up a couple chairs and the kids made their own hammock. 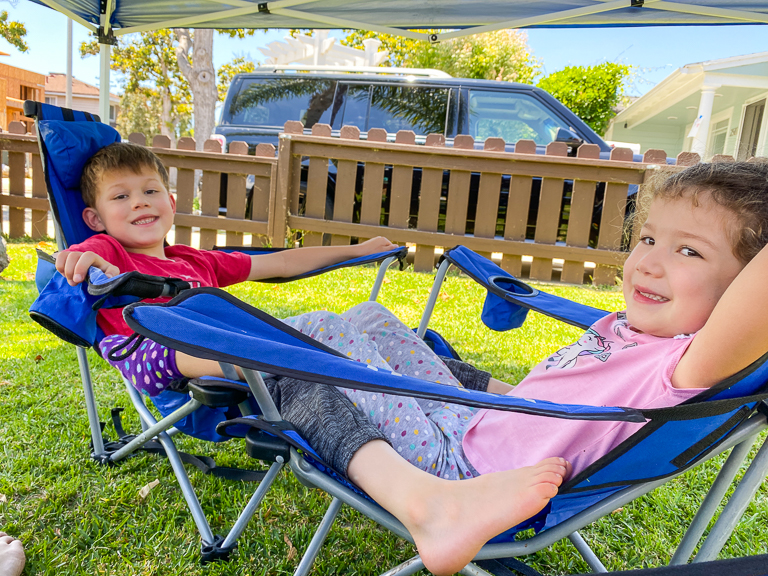 Alright, let's move on to the recipe. Most of the recipes I found called for Ice Cream to be added. I'm not looking for that. Just banana juice please.
On our shopping trip to Sam's this week, I grabbed a large bunch of bananas for just this experiment. 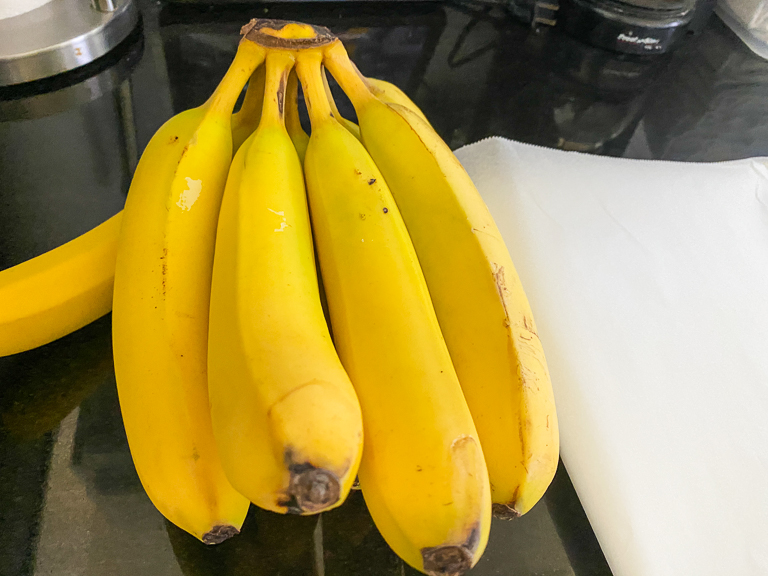 Finally I found a recipe that didn't have ice cream. Foodviva.com has a recipe for Banana Juice. There's a couple different ways I can make this. Either with milk or with water. Water doesn't sound very fun, so I'm going to try apple juice instead. And just like Theresa getting one of the kids' Capri-sun juice pouches when we were making Chinese food, I'm using the same trick. 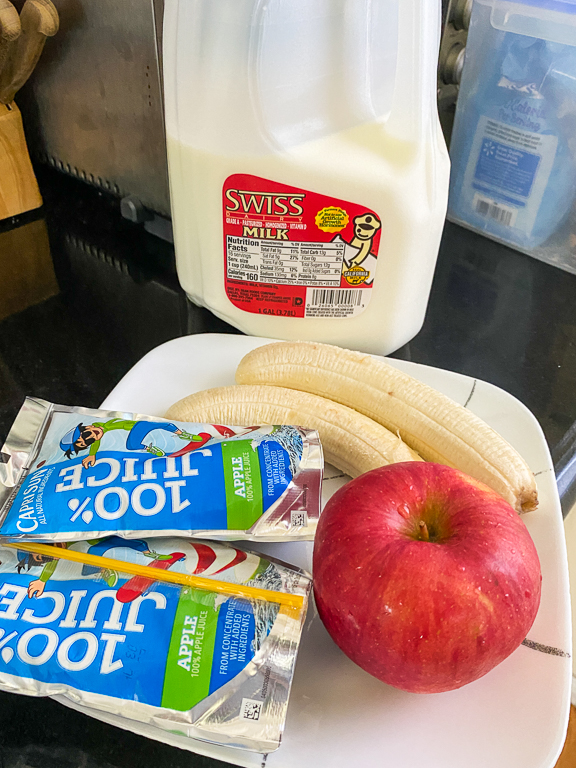 And here's the results. One with the apple juice, the other with milk. Ah, and after the first one, I peeled the skin off the apple. It was discoloring the juice overall. 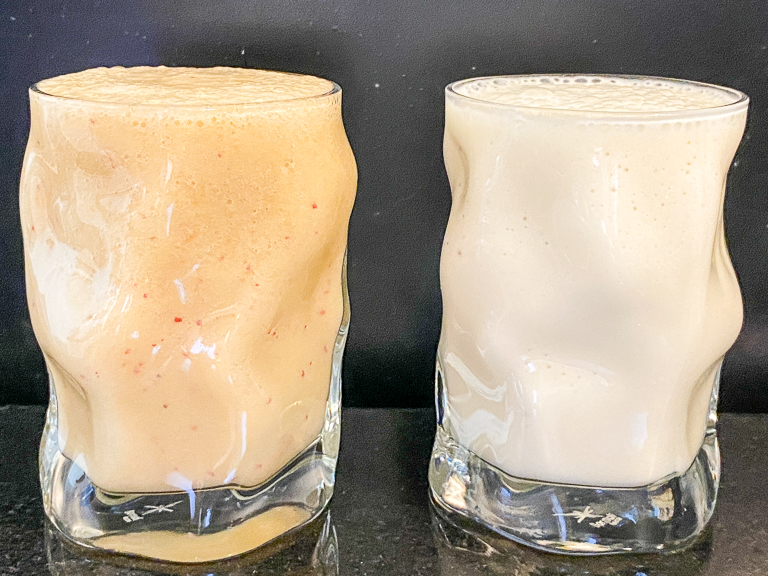 Time for a taste test! Which one is better? I gave the kids a sample of each. 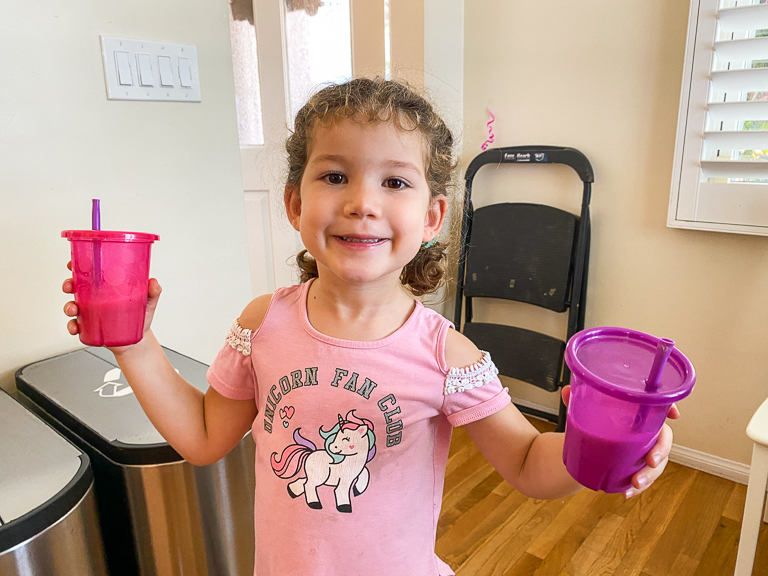 They thought they were both good and didn't really have a preference between one or the other. 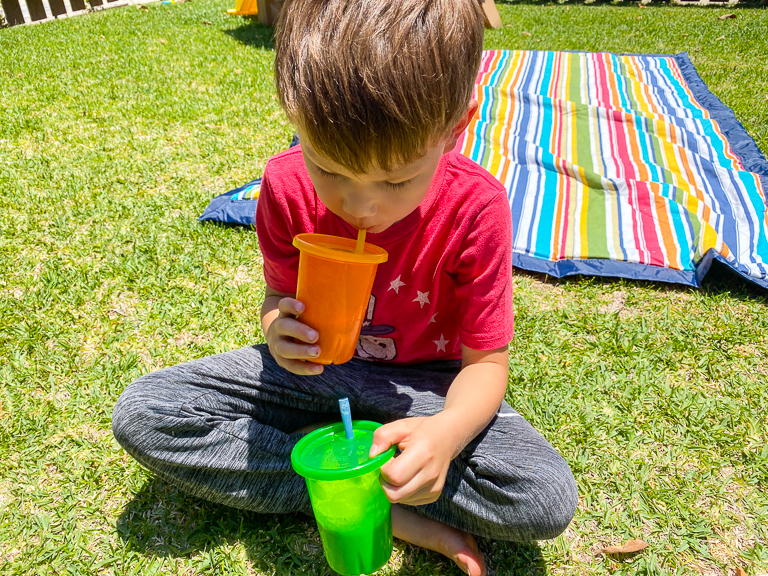 Theresa and I did have a preference though. The one with apple juice had too much of an apple flavor. It overwhelmed the taste of the banana.
The banana juice with milk was creamy, but I still want to get a stronger banana flavor. Next time, I'm going to try to use bananas that are a little more ripe and have a stronger flavor. And I'll use more bananas and less milk.
But I thought it was a very good first attempt. It definitely brought back memories of relaxing in Bora Bora.