It's time for another tasty meal we try to replicate at home. Tonight we're trying our hand at making Denny's at home! 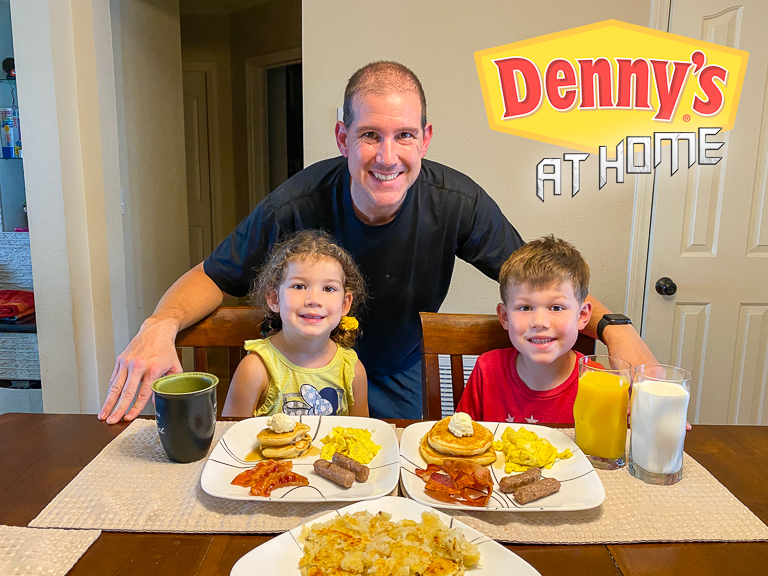 Our last attempt at making Breakfast for Dinner turned out really well. It was a certainty that we were going to do it again. This time though, I wanted to tie in with our Make at Home series by trying to replicate one of the most famous breakfast places in the USA. Denny's!
First opened in 1953 as a donut shop, in 1956 it swapped over to a coffee shop that was open 24 hours a day, becoming the Denny's that everyone loves today. And if there's one thing that I associate with Denny's, it's their Original Grand Slam breakfast. 2 pancakes, 2 eggs, 2 pieces of bacon, and 2 sausage links.
I could have used pancake mix, but I really going for thick and fluffy pancakes, so I found a well reviewed recipe from cafedelites.com. This is going to require the big griddle. 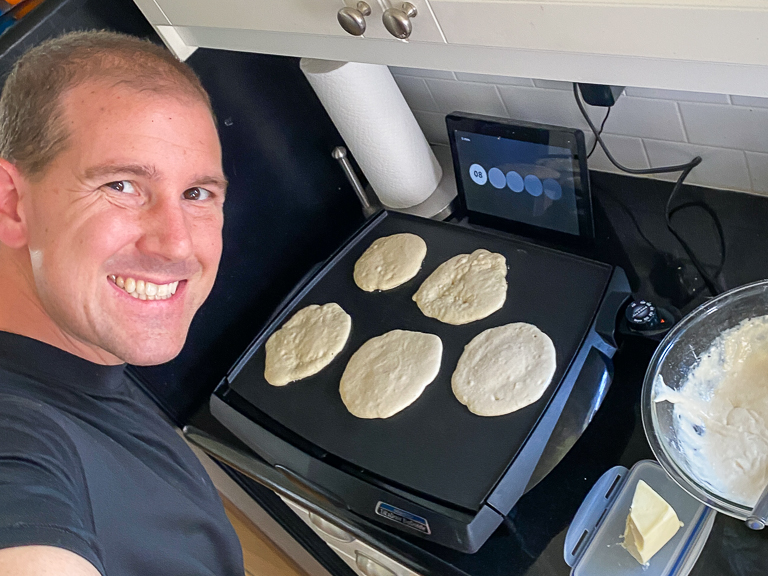 Theresa said she felt like a short order cook, manning the stovetop for the eggs, sausage, bacon, and hash browns simultaneously. 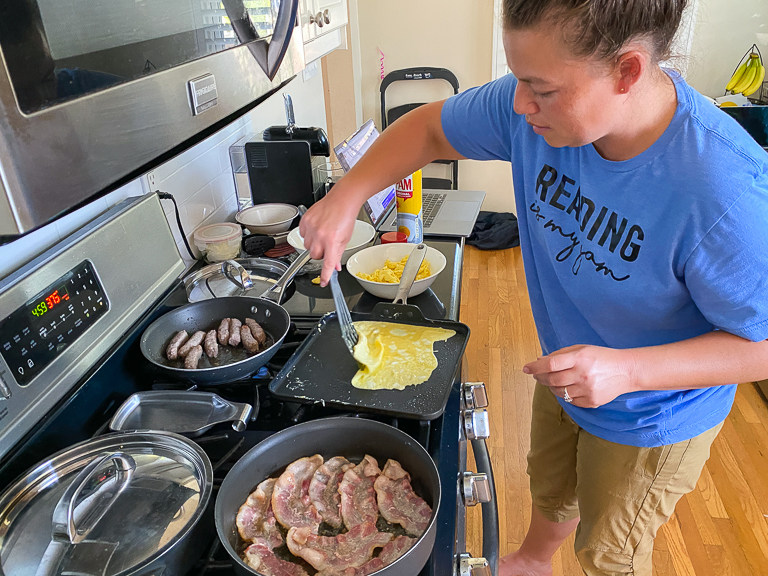 And one more thing you've got to have with restaurant pancakes. Whipped butter. It goes so much better with pancakes than a pat of regular butter. There's really not much to the recipe. Just a stick of butter, a couple tablespoons of milk, and then mixing them together for 3-4 minutes. I think this might come in handy for a couple more Make at Home nights we've got in the queue. 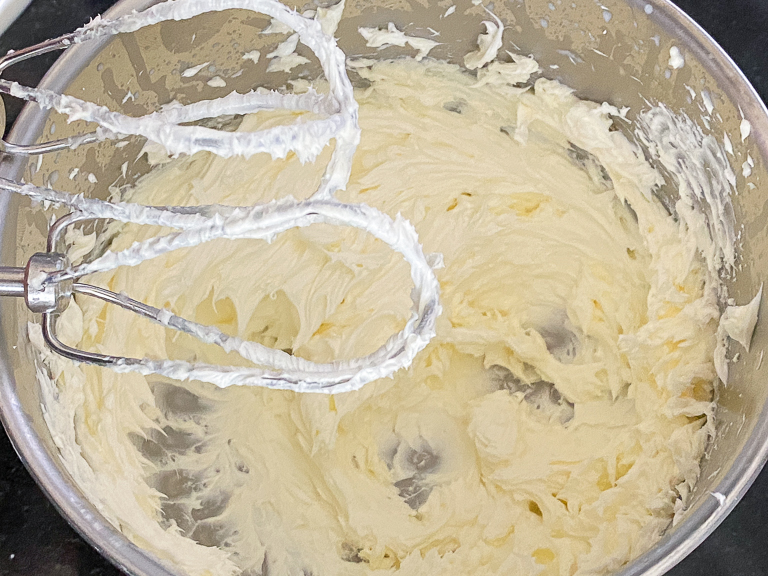 Let's eat! Along with all our food, there's coffee, OJ, and milk to drink. 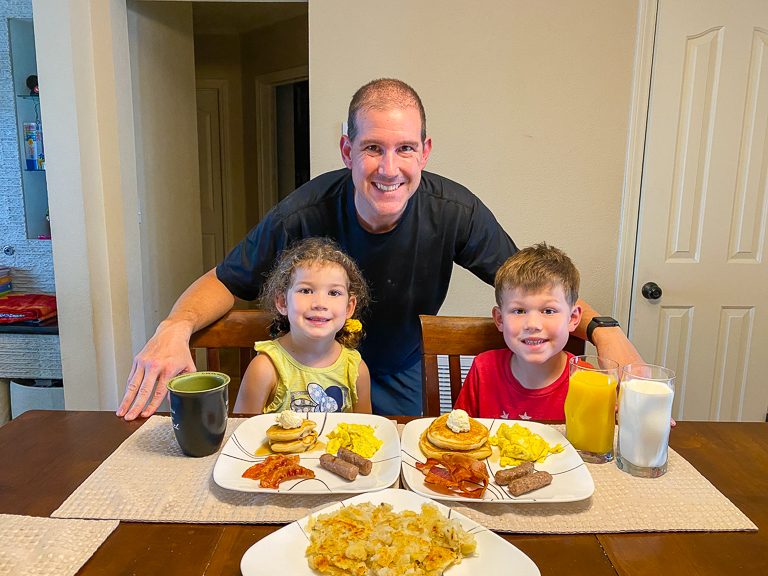 For the adults, an Original Grand Slam. The pancakes turned out super fluffy, just like I was hoping. And that scoop of whipped butter on top is perfect! Everyone tonight wanted their eggs scrambled. 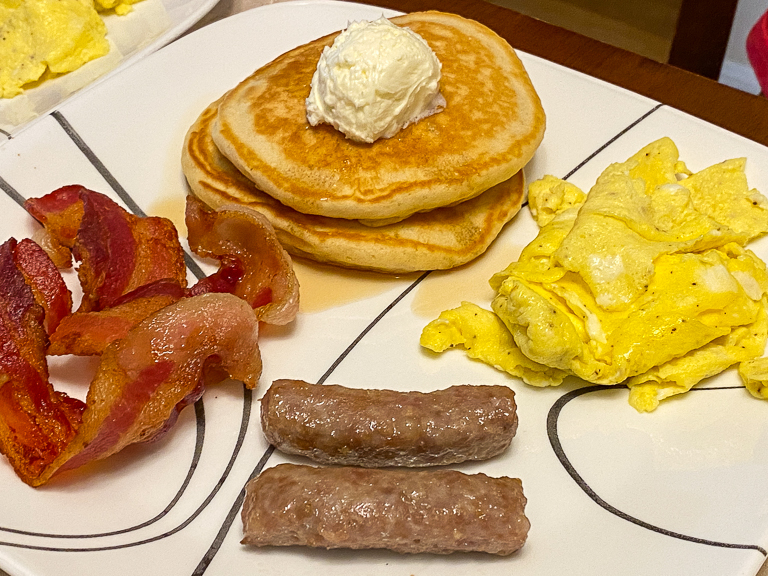 For the kids, I made them a Jr. Grand Slam. Their mini pancakes had special chocolate chips in them. 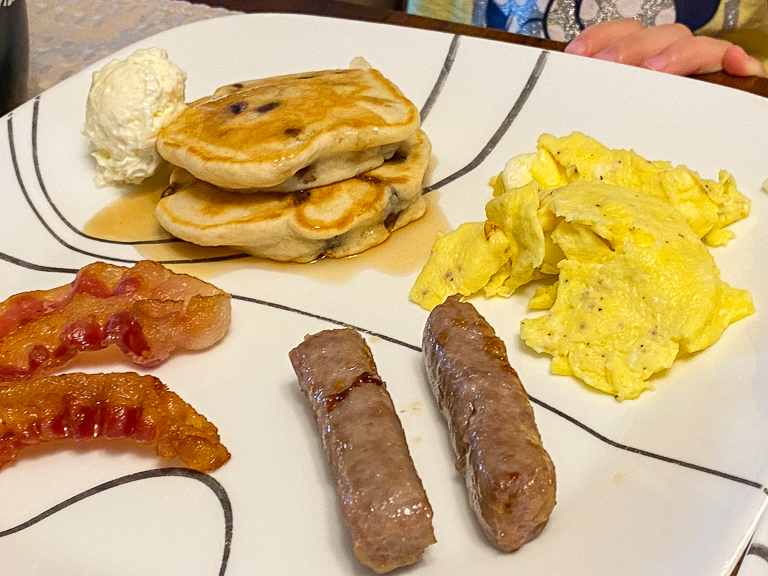 The hash browns tasted delicious. I was a little disappointed with how they looked. The package of frozen potatoes I bought had finely shredded hash browns as the picture. Upon opening it up, they looked like french fries based on how thick they were. Oh well. After heating them up in a pan, I fried them up in the bacon grease to give them a tasty crunch. 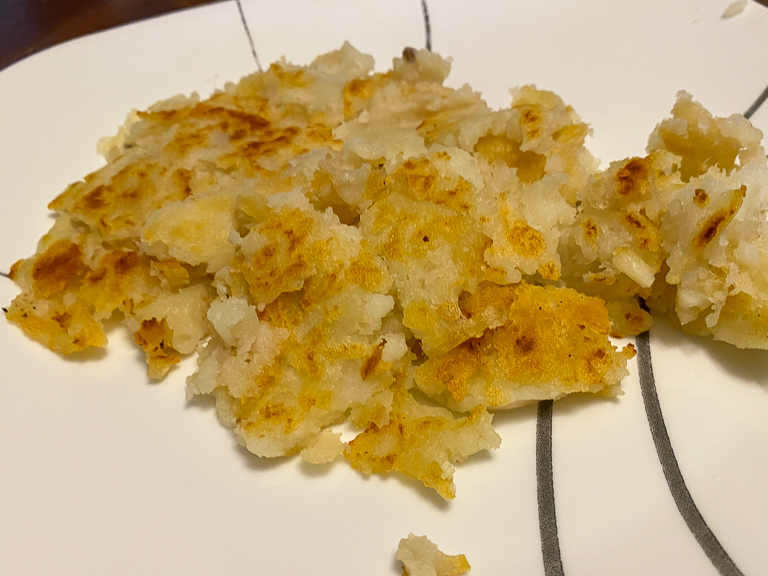 Everyone is ready to dig in to another delicious meal made at home. 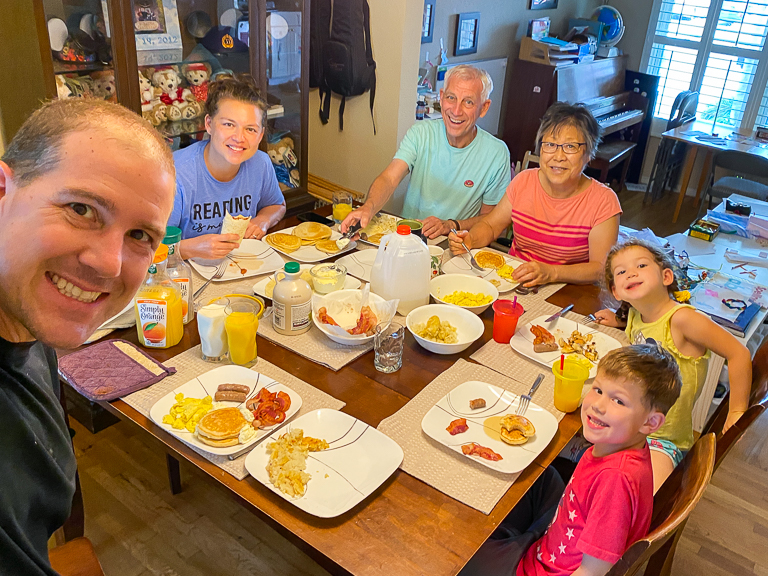 This was my first plate... 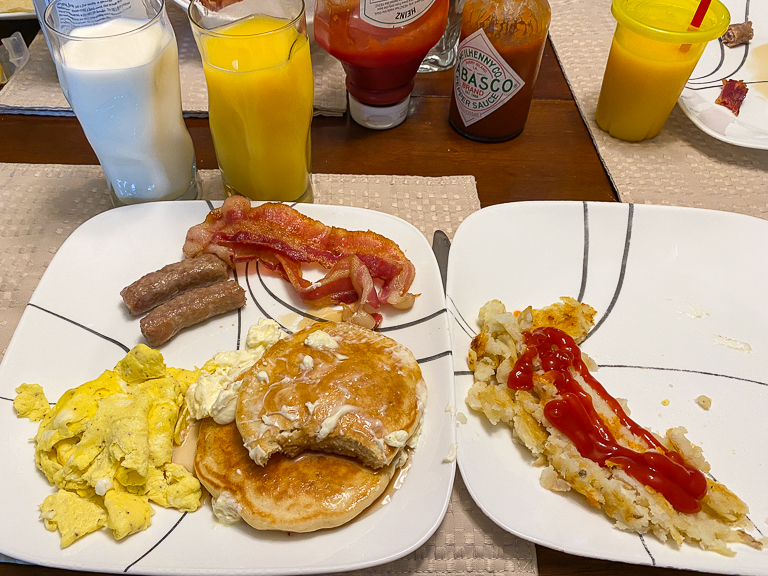 The kids thought breakfast for dinner was great! They both said the chocolate chip pancakes were the best thing they ate today. 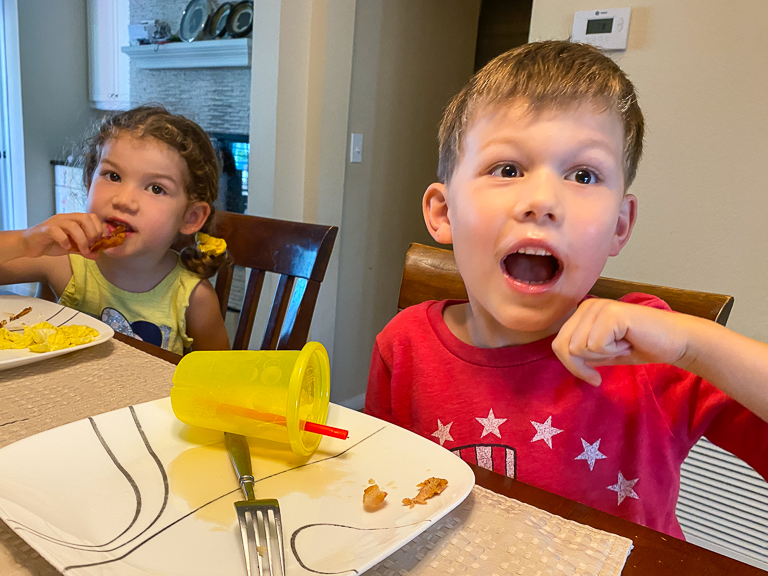 Chi, Richard, Theresa, and I all agreed that the pancakes were really delicious tonight. Perhaps it's the extra vanilla in them, along with the tasty whipped butter.
Denny's night was yummy! 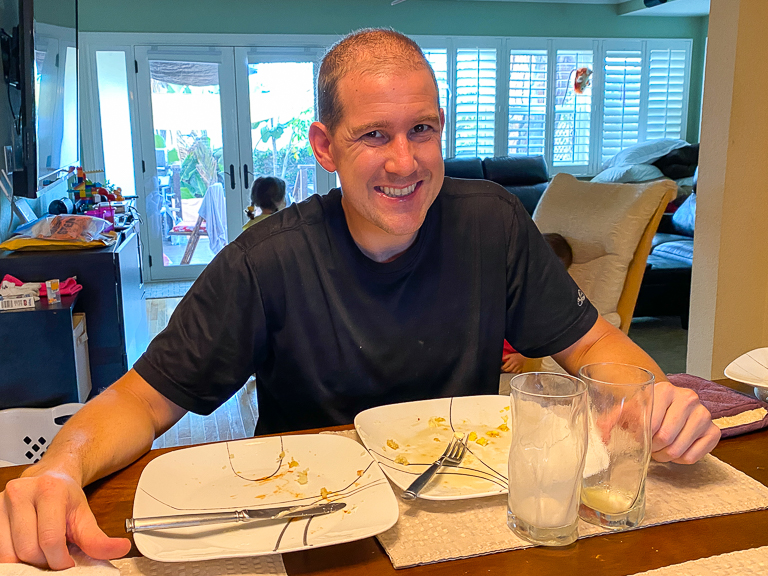