Alli is excited to finally have a loose tooth! Ian lost his first tooth when we were in Michigan visiting family, and she really wanted to wait to pull it out until more family was around. But this tooth is threatening to fall out on its own, so she's taking charge and today is the day it comes out. 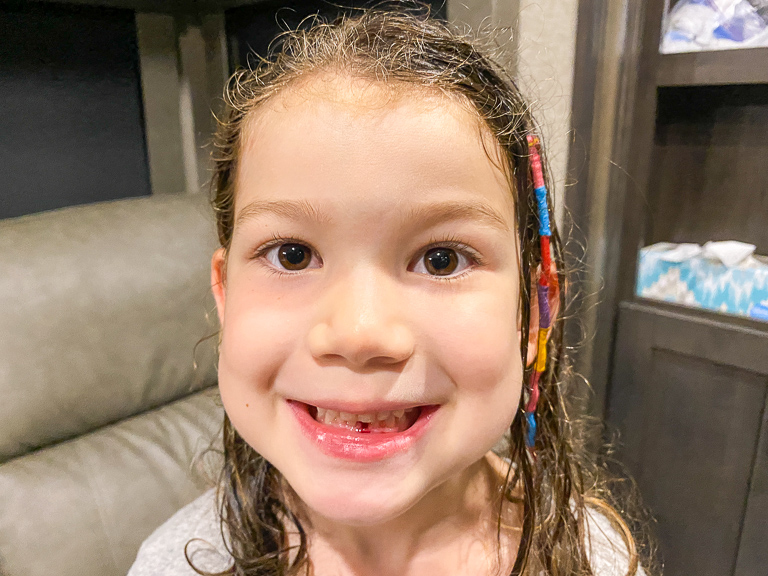 She's been really into her loose tooth, asking people if they want to wiggle it, and commenting on how loose it is getting. 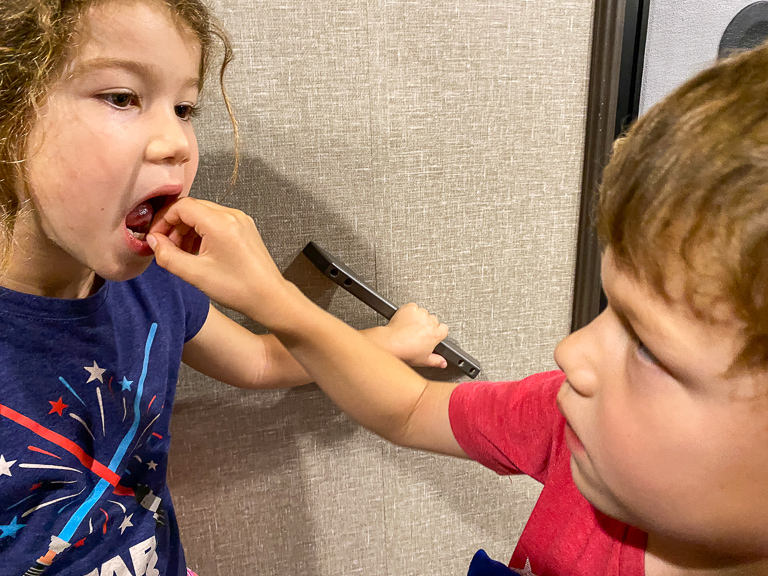 Ah, I can see that adult tooth making it's way up back there. No wonder it's getting so loose. 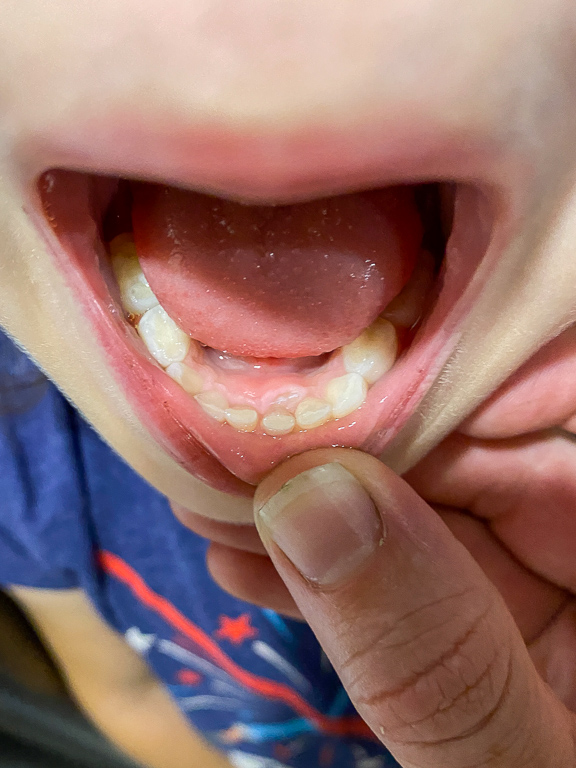 She's been commenting about it hurting when she's eating too. At breakfast she said that she wanted it pulled out today. We can do that! 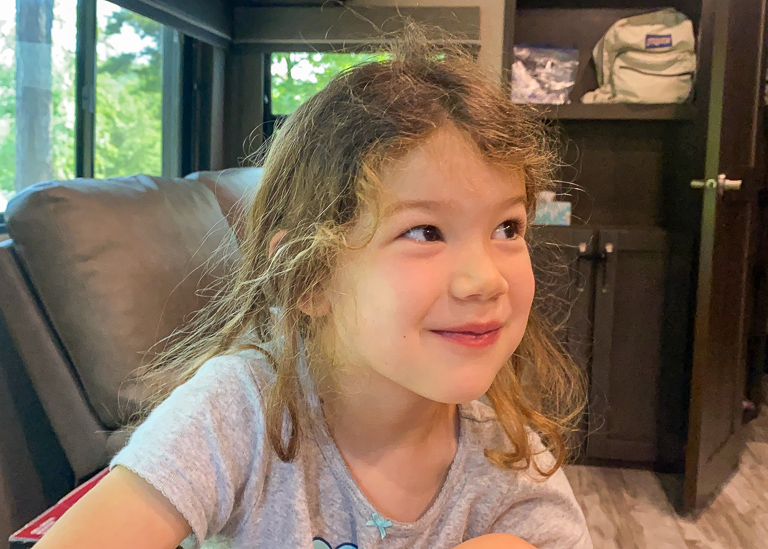 Give me a before picture Alli. 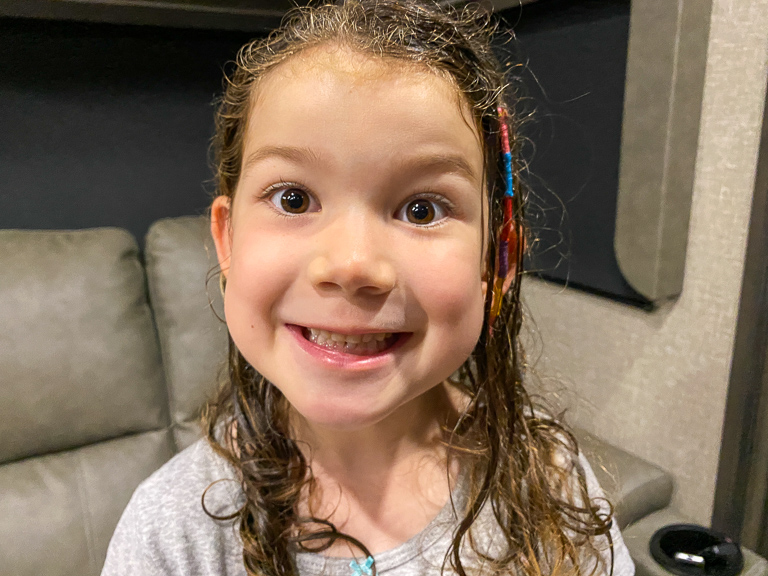 And now an after picture. You've got a hole in your smile now. 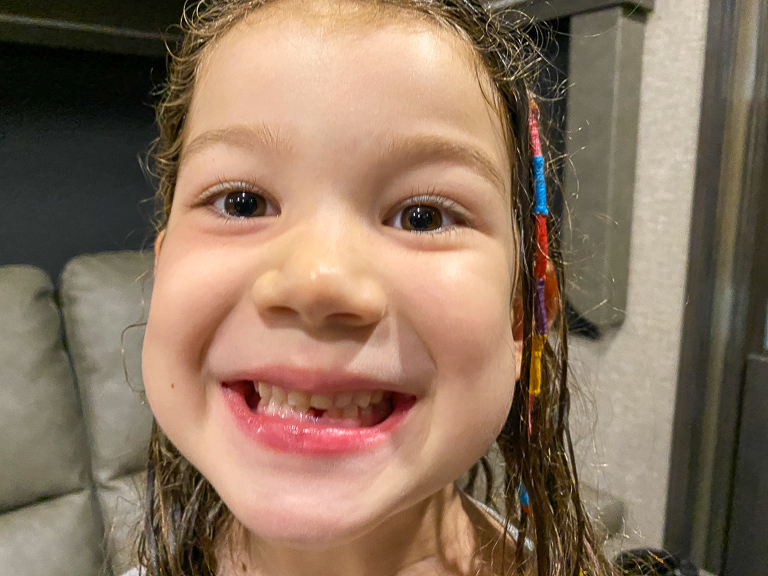 Of course I recorded a video of the whole thing. Because I got to pull Ian's first tooth, we figured it would be appropriate for Theresa to pull Alli's first tooth. Alli gave it a go herself, but opted for Mom to pull it.
Thank you Ian for all the encouraging words like "It's going to hurt Alli." and "There's just a little blood."
They wanted a picture together now that both of them are missing teeth.
Ian - Do you want 5 bucks for your tooth? I'll buy it.
Alli - I already sold it to the tooth fairy. 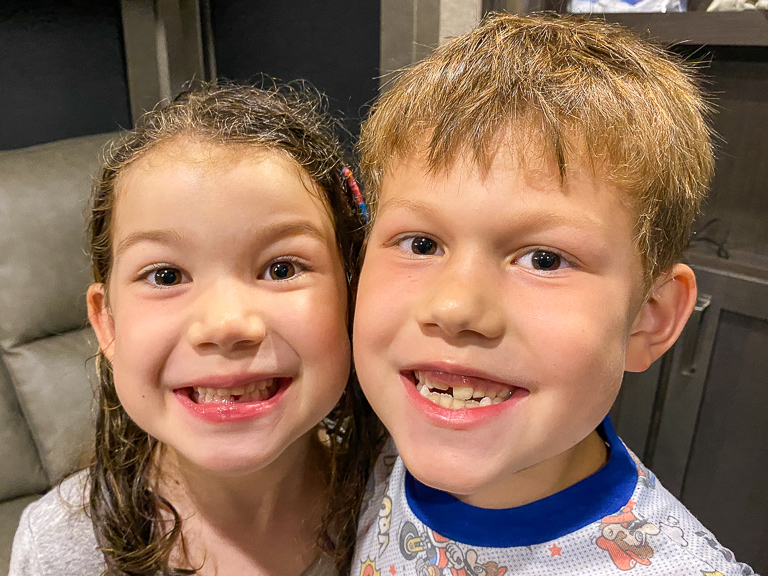 For her bedtime reading, Alli chose a book about a monster who also lost a tooth. 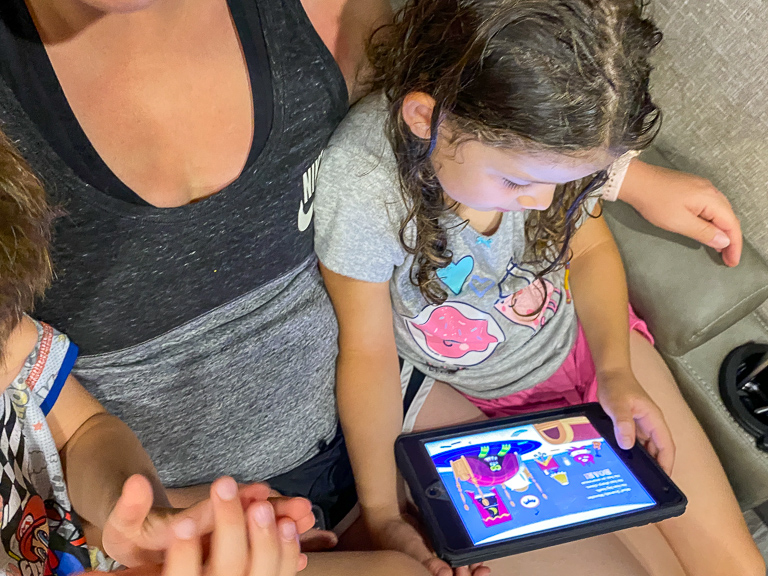 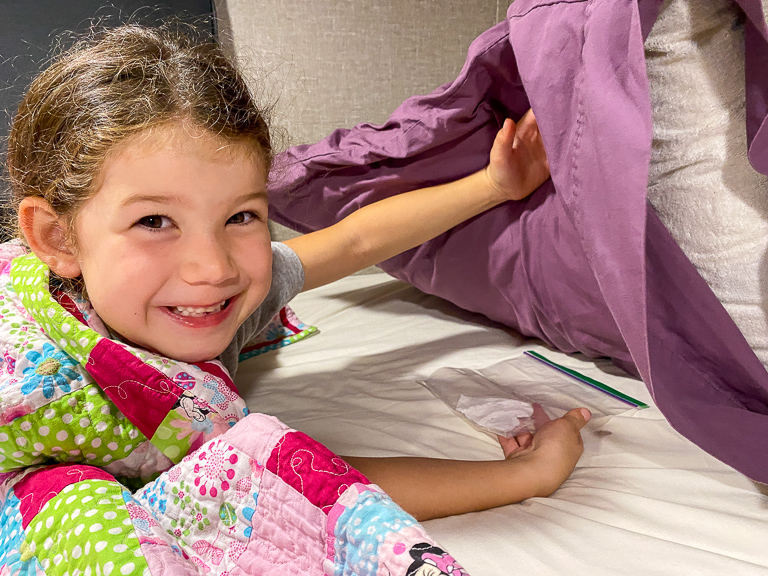 In the morning, Alli was excited to find a note from the Tooth Fairy along with a 5 dollar bill. Lucky! 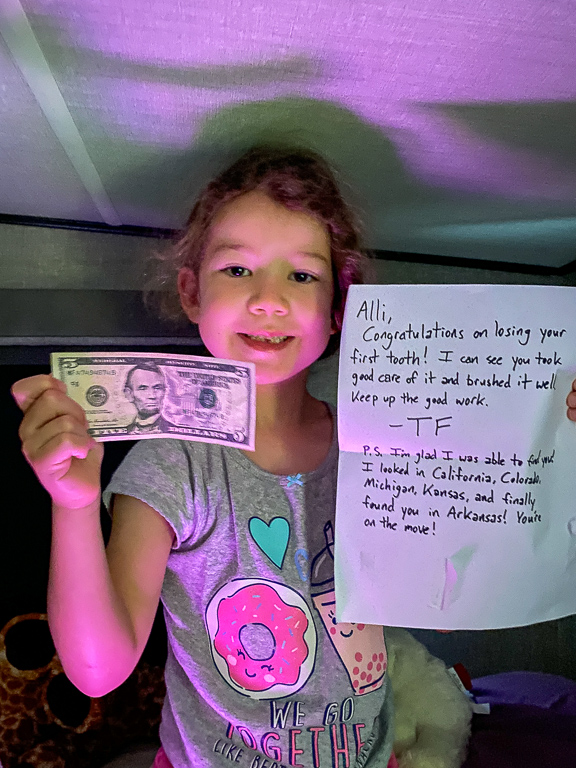 The note. I think she's intending to spend it on candy! 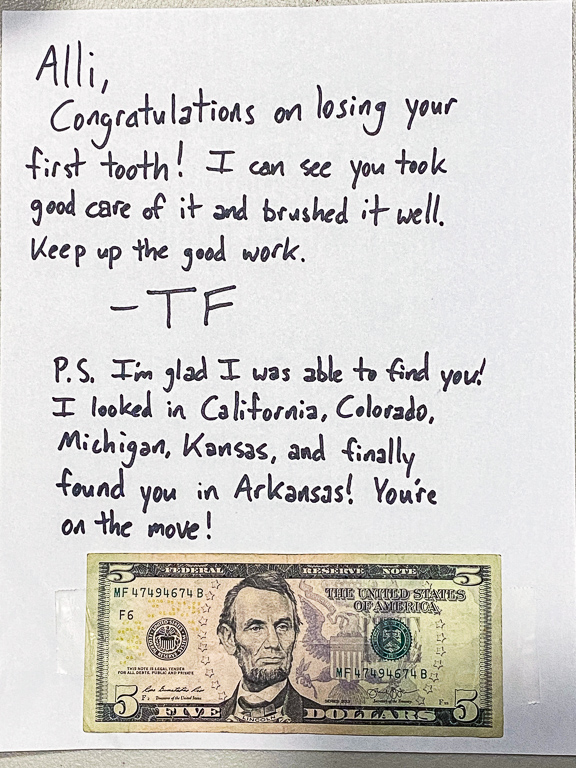