We're at the Louisburg Apple Cider Mill in Louisburg Kansas, but it's not just apples that are processed here. There's also a soda that is brewed and bottled right here, in small batches, just waiting for us to taste it.

Let's give it a shot! 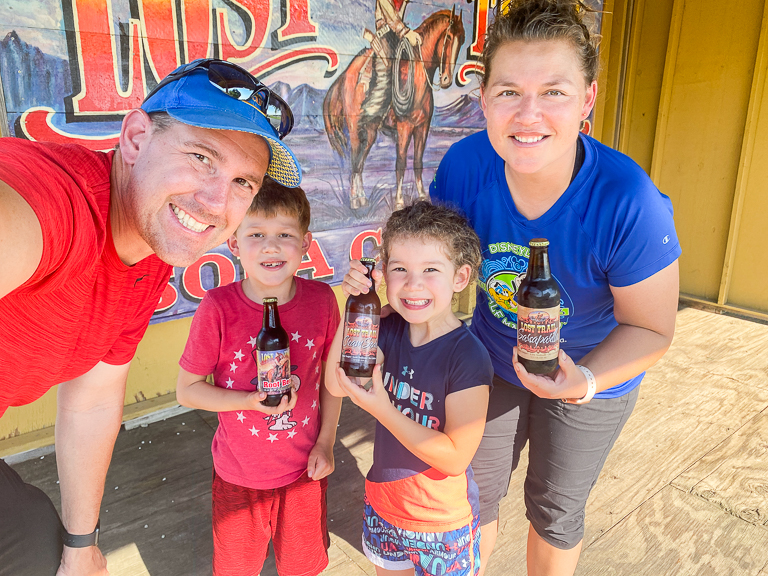 The Lost Trail Root Beer is the original, based on original recipe of the great-great-grandfather of one of the founder's of the cider mill.

"I've been lookin' for the Santa Fe Trail for three days now. Met up with some good folks. They give me some grub and somthing to wet my whistle. Say they call it "Root Beer" - been a makin' this brew from root and herbs. Think I'll forget the trail and just settle down here." - Joe Marshall, May 15, 1848.

In the 1990s, a whole line of sodas was created around that one original recipe. Now there's 8 different varieties! We're tasting the original Root Beer, plus a Cream Soda, and a Sarsaparilla Soda. Each costs $2 per bottle. 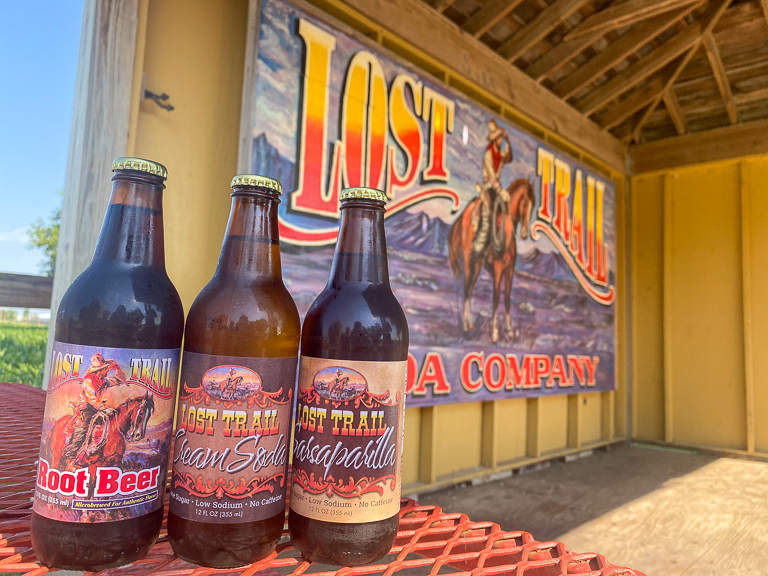 Inside the Country Store, there's a whole bunch of different sodas. 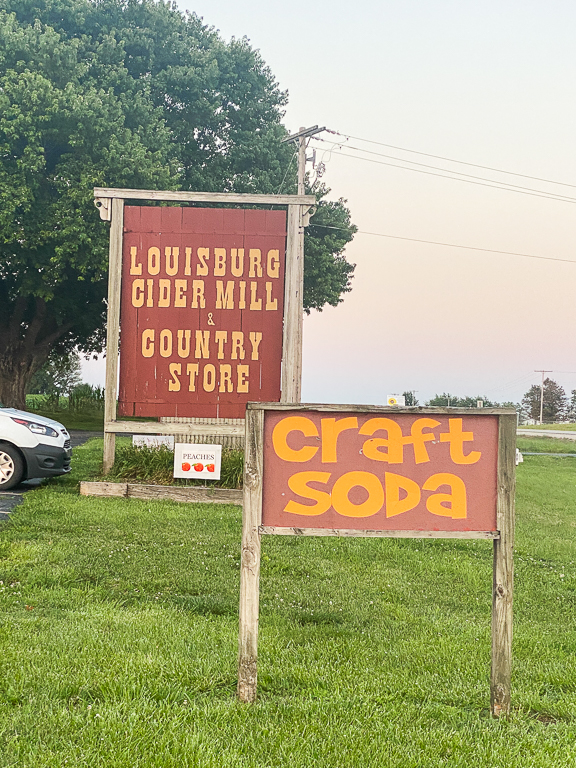 Along with the 3 I mentioned above, there's also a Strawberry Cream Soda, Ginger Brew, Orange Cream, Black Cherry, along with a few diet versions of some of the flavors. 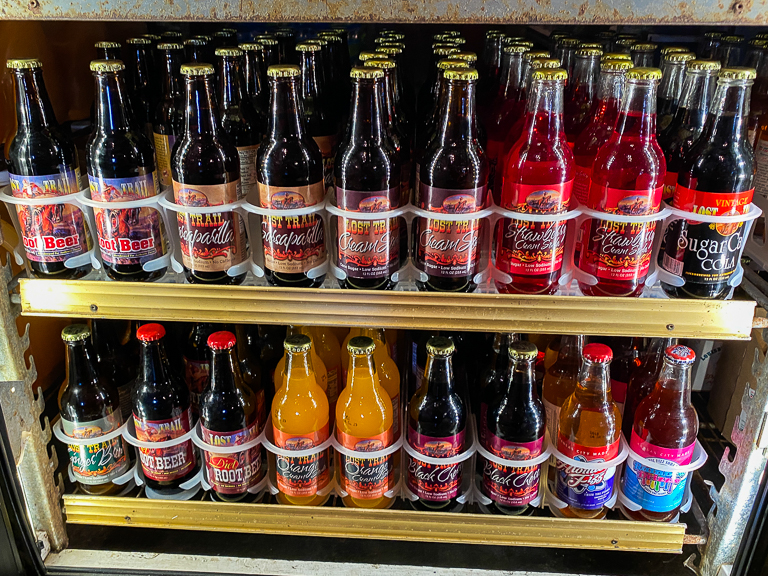 Back in 2008, Lost Trails Soda was even featured on Food Network's Unwrapped!
Let's try them! 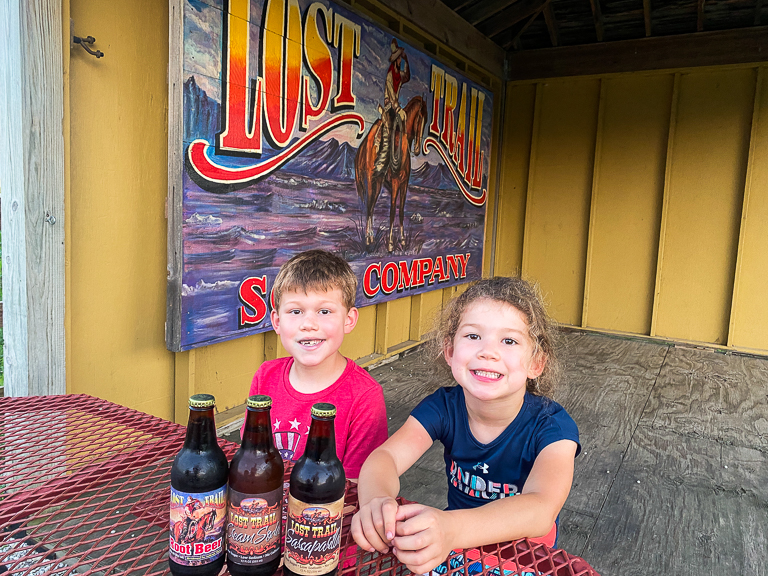 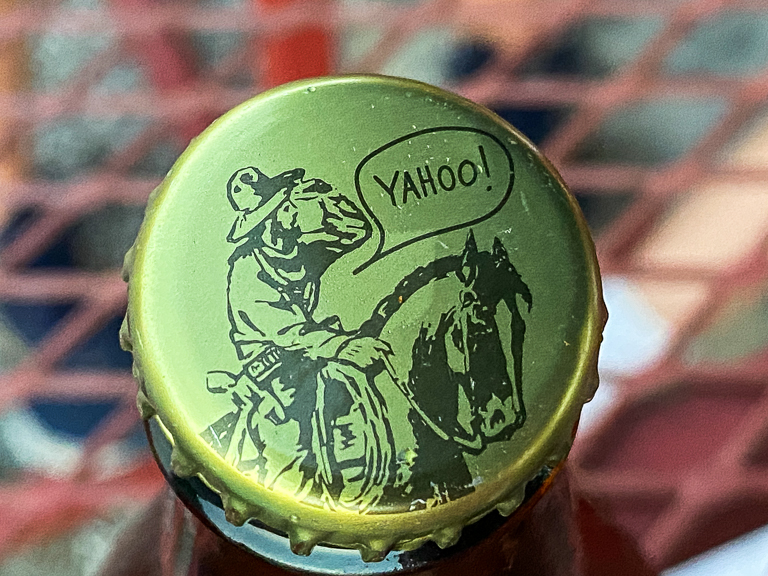 The Root Beer was indeed smooth and creamy. It had a good flavor, but was lacking in carbonation. I'm not sure if that's intentional or not, but doesn't have that strong "bite" like a root beer like Barq's would have. 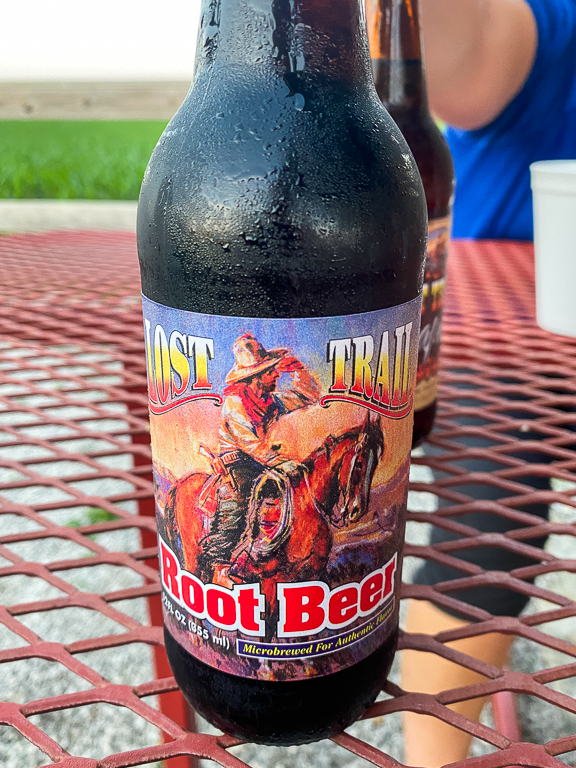 Theresa loves IBC's Cream Soda. How does this compare?
Again, it had a good flavor, but was missing a lot of the fizz. She gives it a 5/10 for Cream Soda overall. 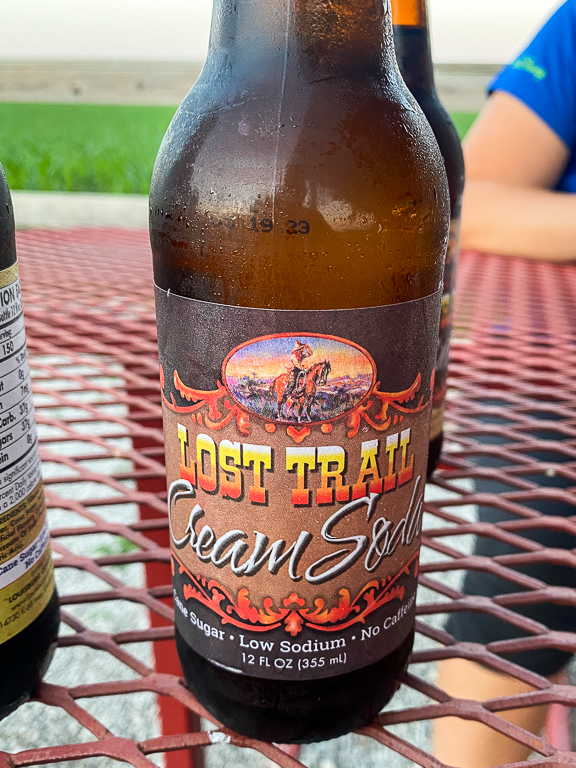 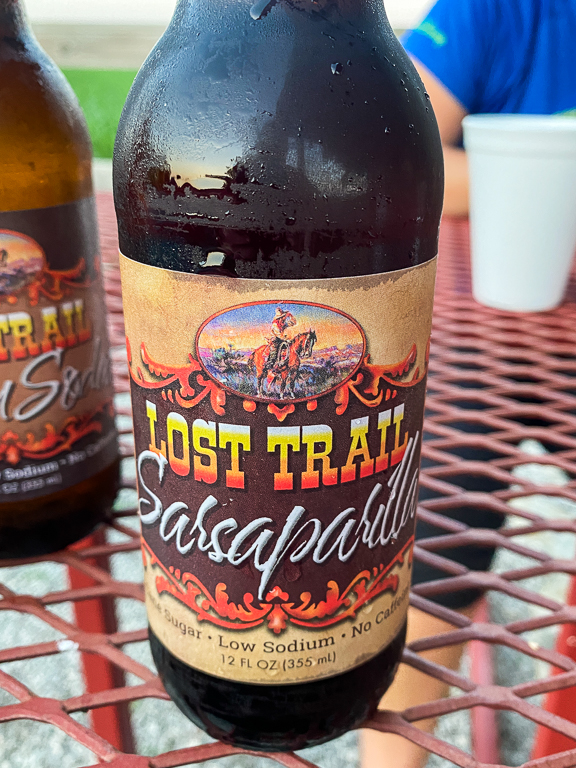 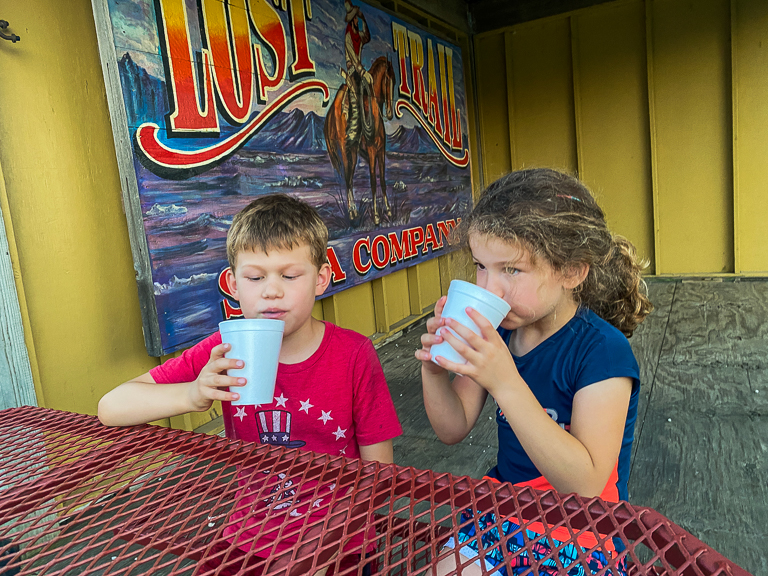 Theresa and I thought overall they were tasty though! 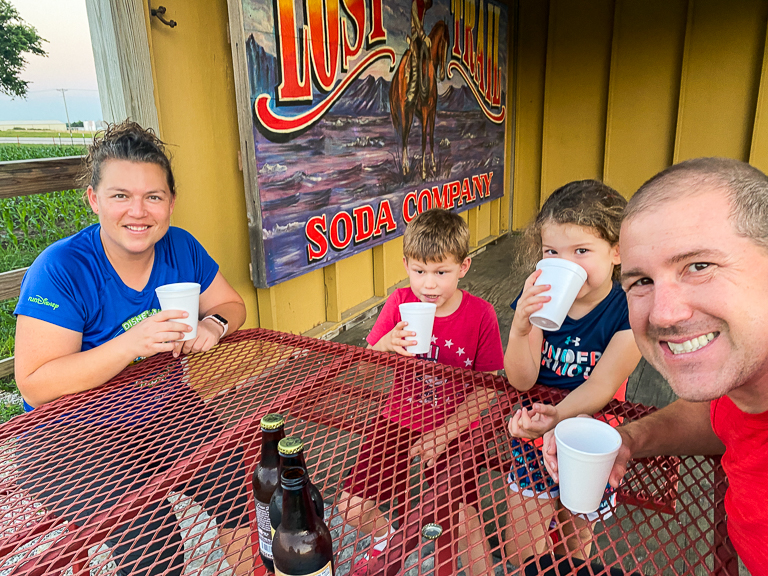