Supporting Team USA in the Olympics with a Red, White, and Blue taste test

After taking an extra year, the Olympics are finally here! Even though we're on the road, we're subscribed to Peacock TV so we can watch all our favorite Olympic sports.

And to kick it off, we're going to celebrate with a Red, White, and Blue taste test! 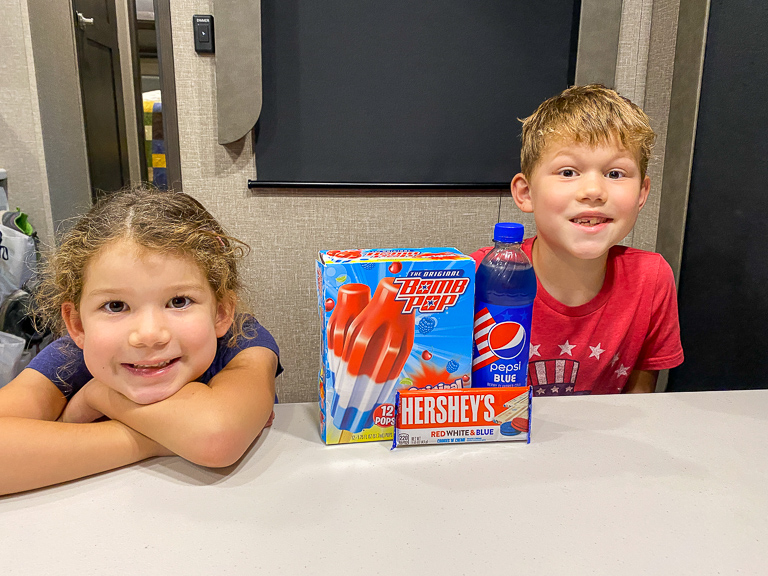 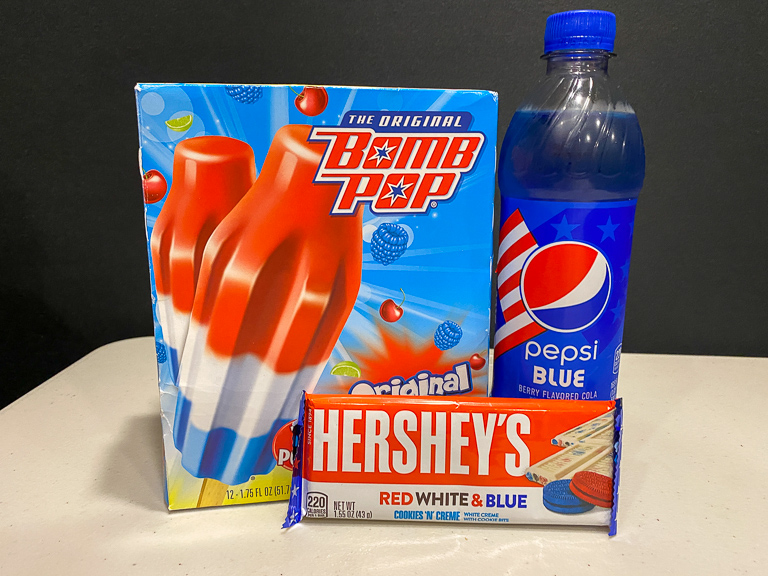 Alli chose to start us off with Hershey's Cookies and Cream with the USA colored cookie bits. 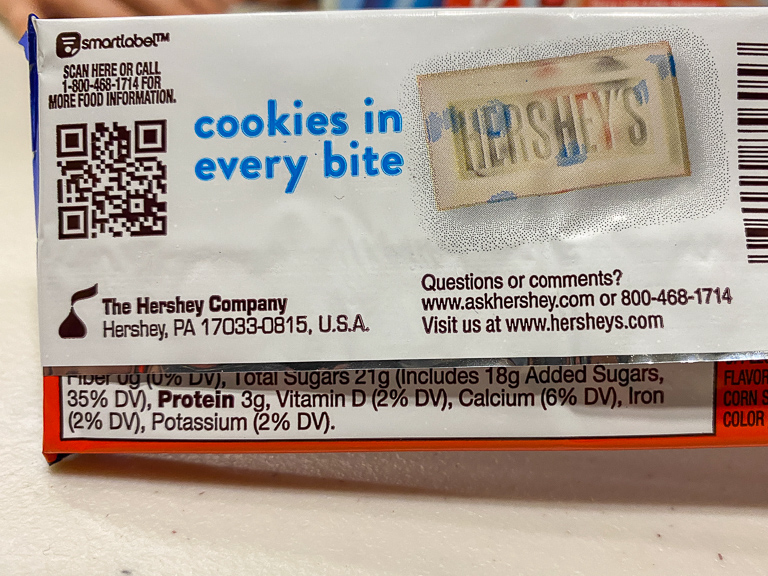 There's definitely cookies in every bite. I think the colors could have been a little bit stronger Red instead of the pale pink. 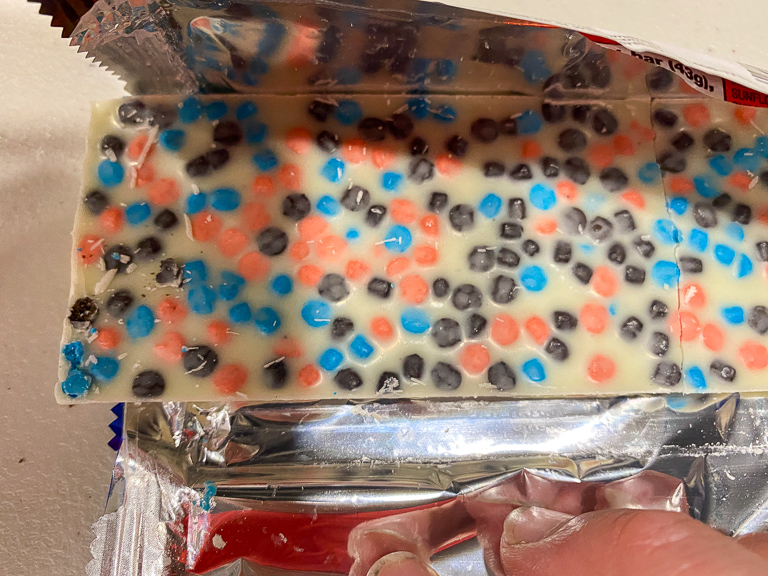 This is pretty much an original Hershey's Cookies and Creme bar, but the kids love those things, so they're giving them a big thumbs up. 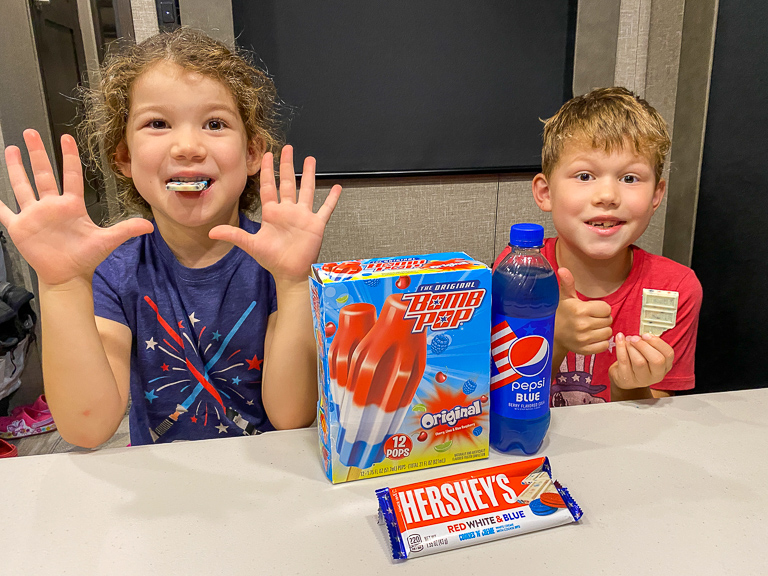 For our next taste test, we're trying Pepsi Blue. It was originally sold between 2002 to 2004 and then discontinued. It just came back in May 2021 so we've got to give it a try again! 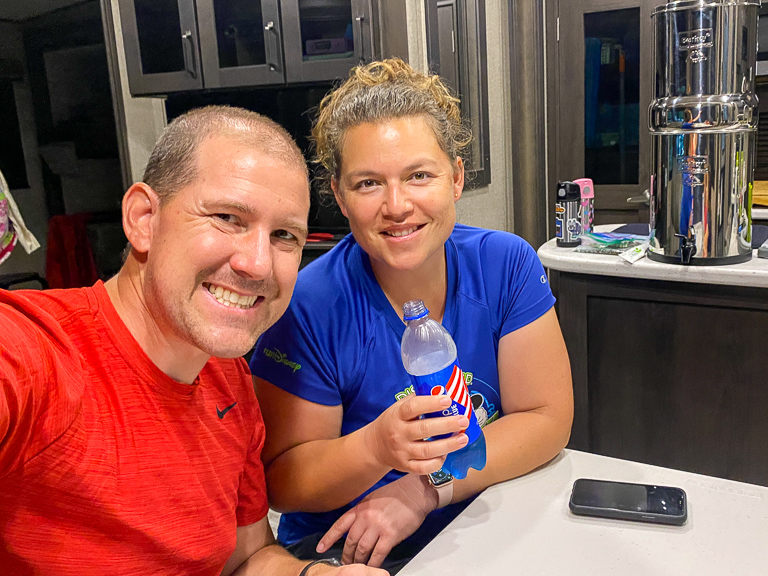 Pepsi Blue has a cola flavor as well as a berry flavor. 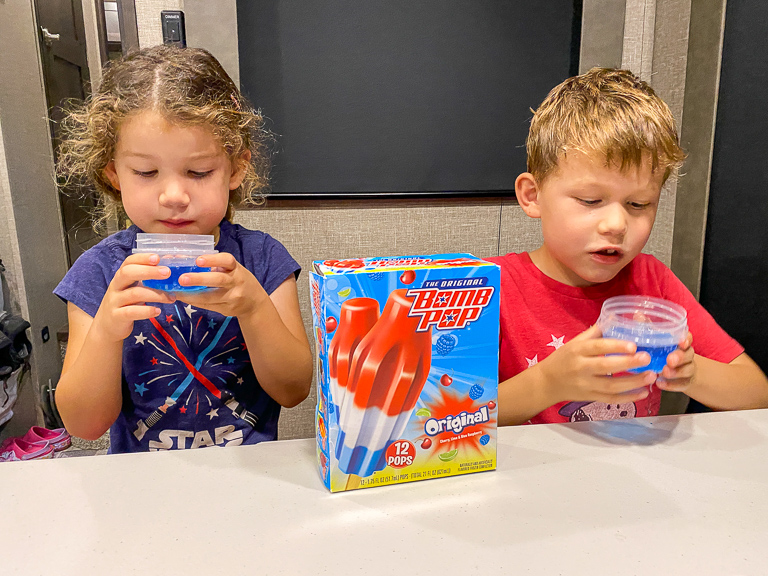 Alli - It's extremely okay
Ian likes it though. I think it's pretty tasty. 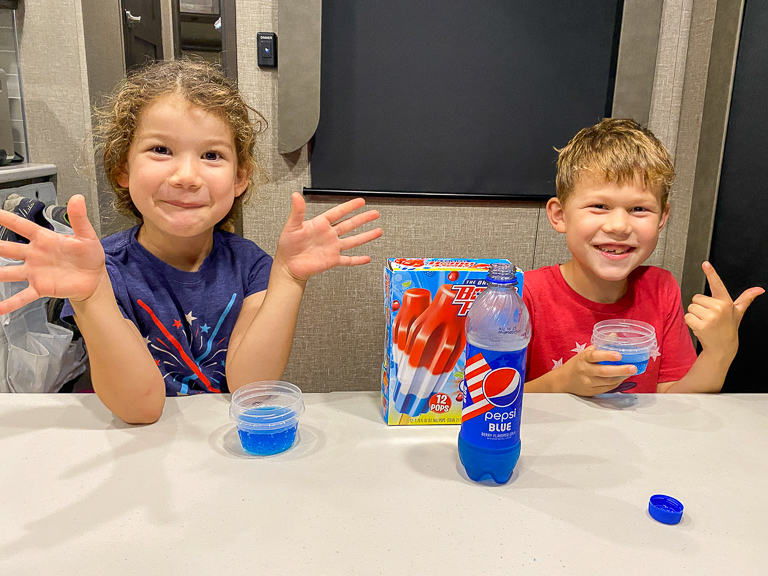 Last are the classic Bomb Pops. We already know that we love these. They're a classic frozen confection that was created back in 1955. 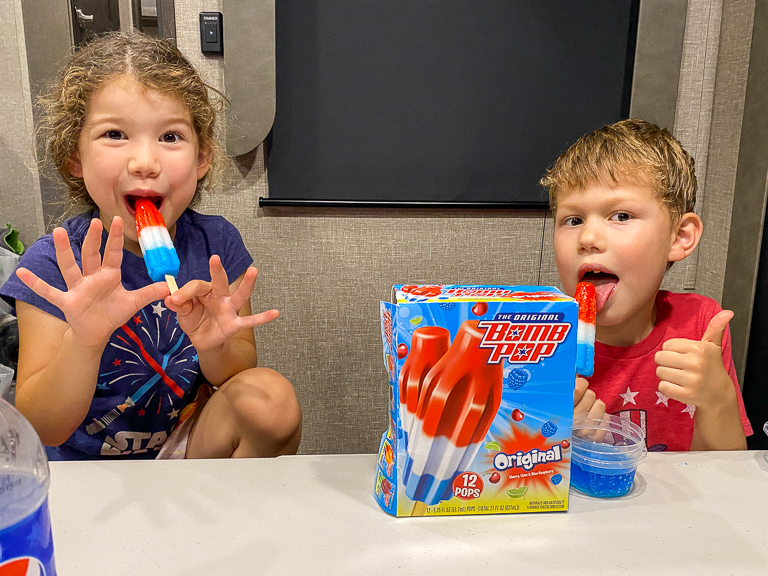 You get three different flavors in one pop. Cherry, Lime, and Raspberry.
Lime has always been my favorite. 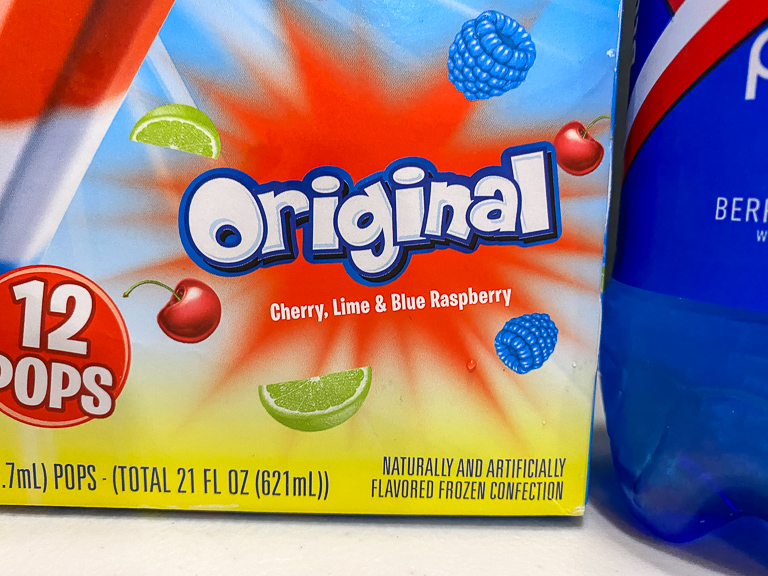 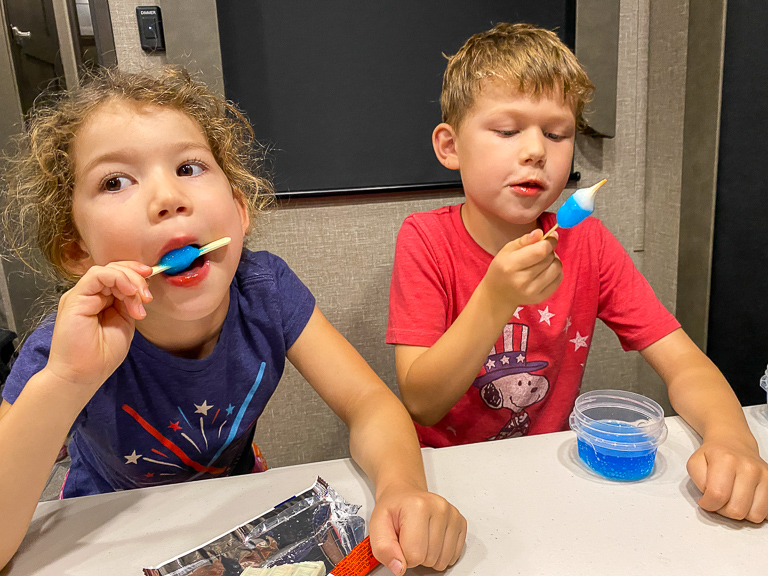 At night, we gather together on the couch and cheer on Team USA in the Olympics. The kids are seeing all sorts of new sports that are garnering their attention. Like Water Polo, Softball, Cycling, Gymnastics, and Table Tennis. 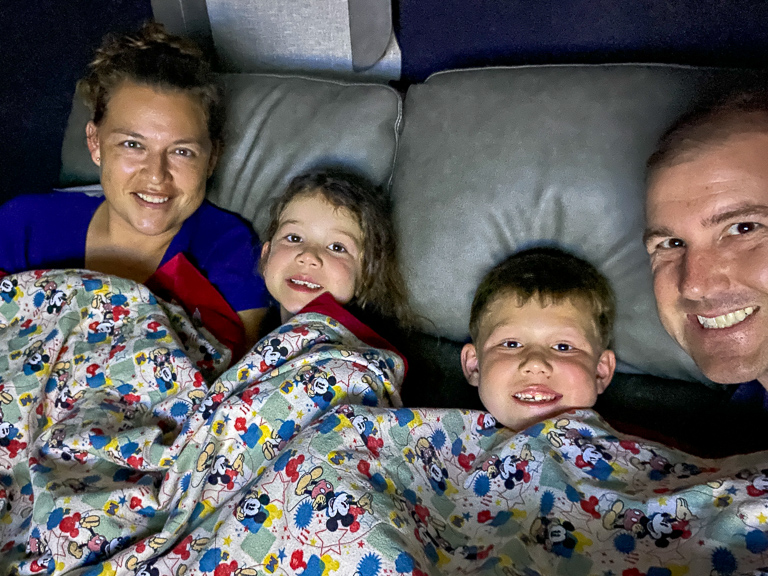 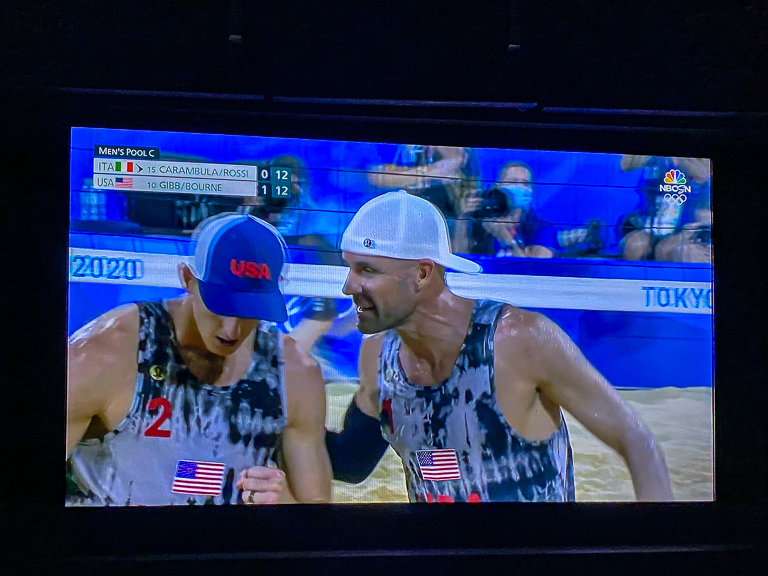