Sunday is pizza day! Today we're having one that was inspired by my brother. 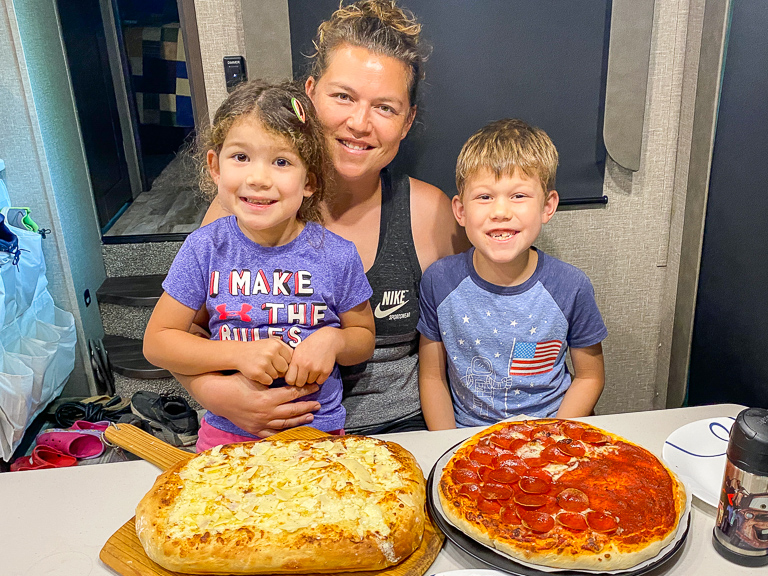 Earlier in the week, I got a text from him saying that he'd recently made my pizza dough recipe, along with the alfredo recipe, and made a giant breadstick pizza.
When Theresa saw that text she told me that she wanted me to make the same thing for Sunday's pizza. Perfect! 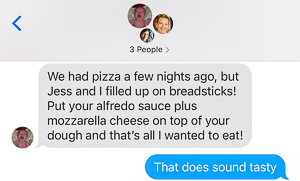 There was one change I did make to my normal recipe. When I was making that super soft Asian bread, it was made with milk instead of water. I like my breadsticks to be soft, so I thought I'd give it a try and see what happens. 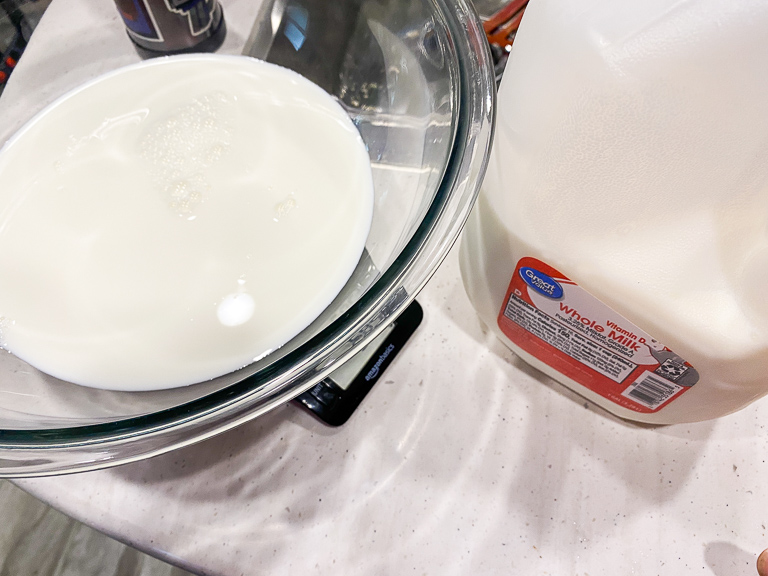 Everything else was the same and the dough mixed up just fine. 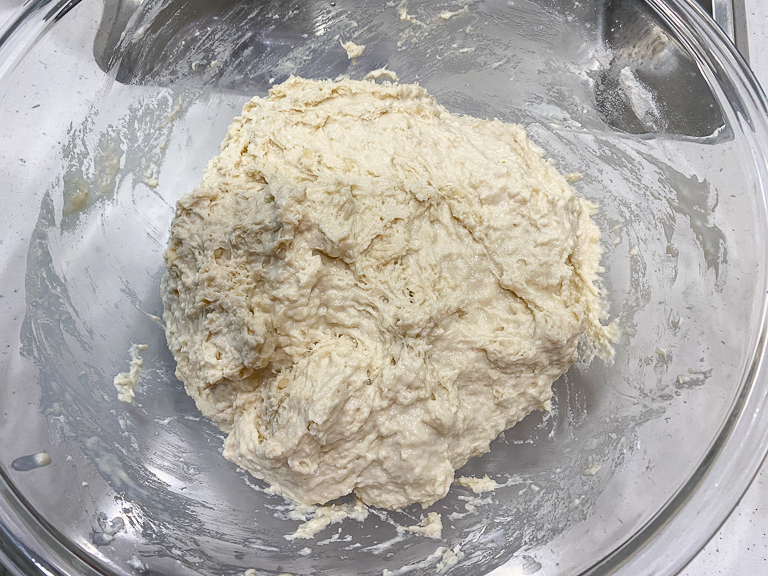 The yeast in the dough was pretty happy too and everything rose well. 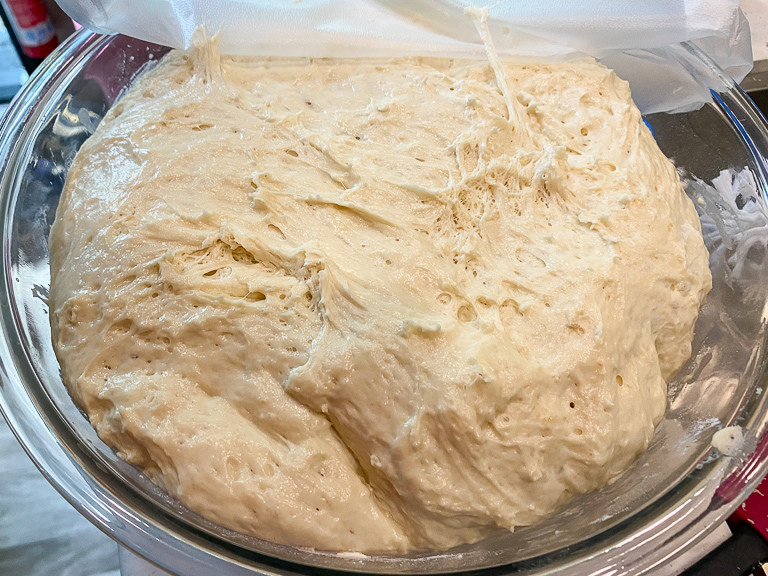 I'm going with a long pan style pizza for the breadstick pizza. Earlier in the week we'd made a batch of homemade Alfredo sauce then chilled it in the fridge. I whipped it up as best I could to make it spreadable. 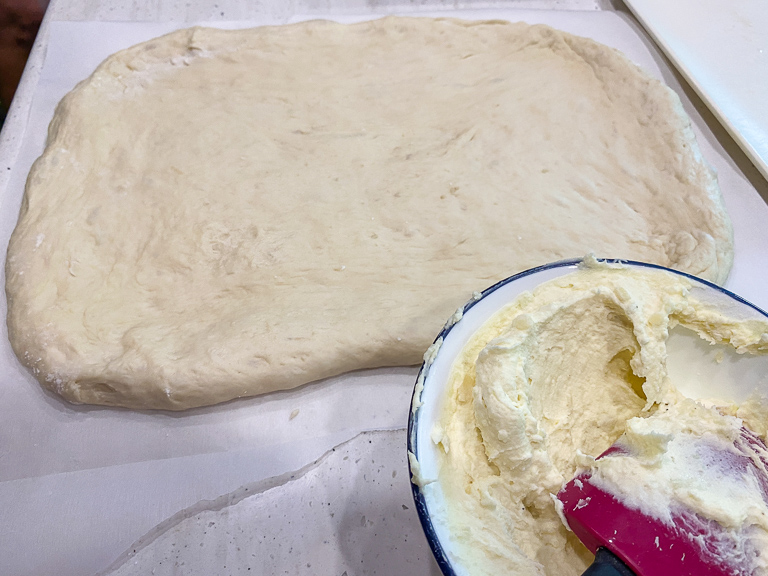 Then Theresa requested a dash of Italian seasoning on top. 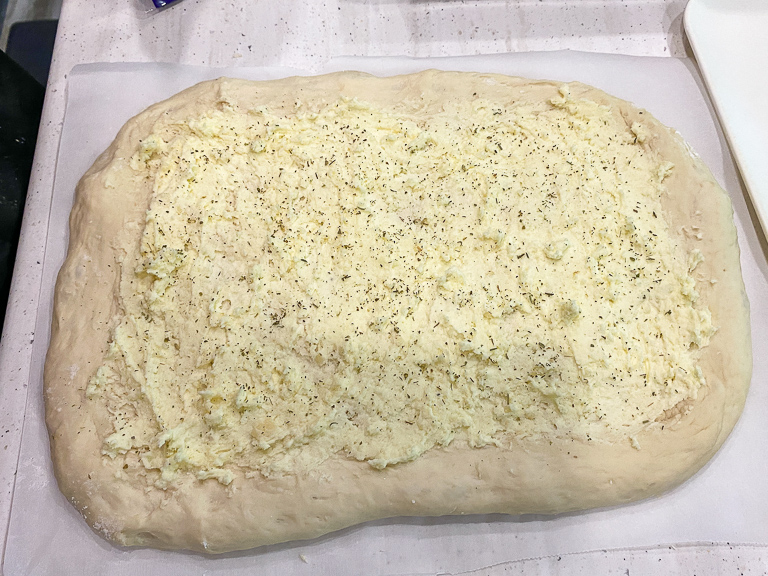 Then I used a little bit of mozzarella on top of the alfredo sauce.
Ian asked "you're making a regular pepperoni too for me, right?"
Yes buddy, I'm making another pizza for you and Alli. 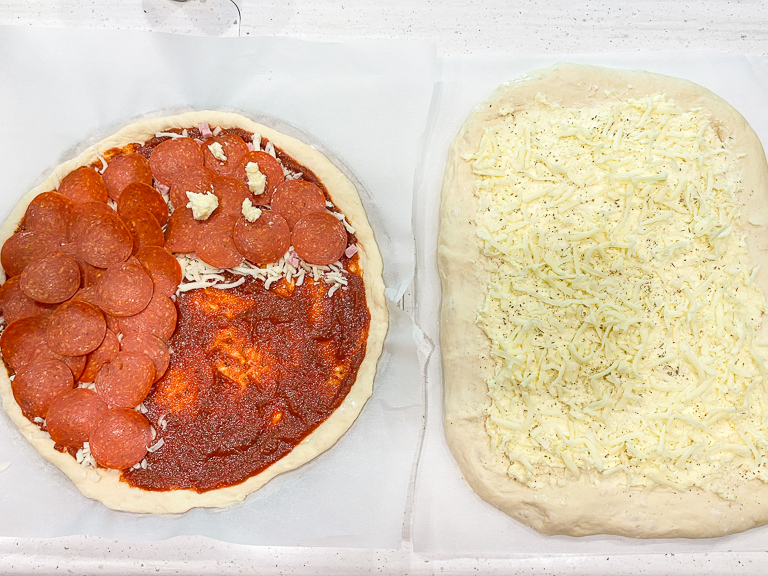 I guessed pretty good on the size for the breadstick pizza. In lieu of a pizza stone, this pan has been heating up in the oven at 480F. I'm hoping it'll give it a little browning to the bottom of the crust. 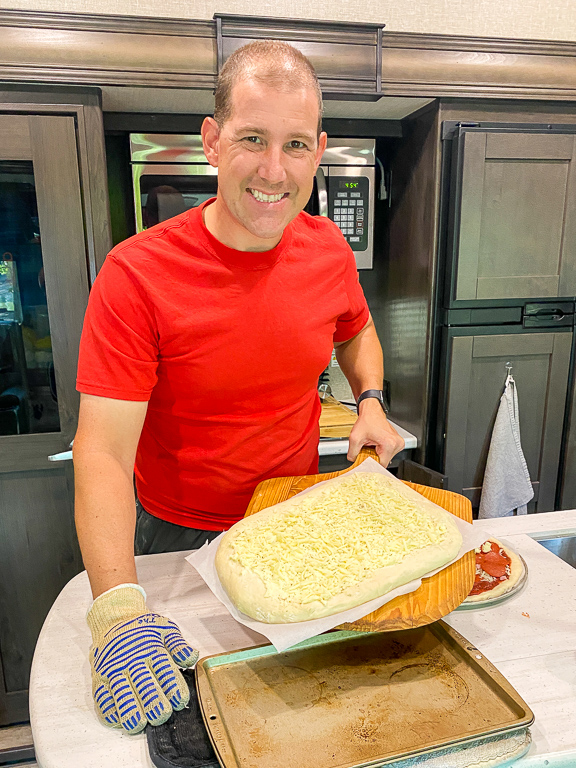 Both pizzas cooked in the toaster oven on the convection setting at 480F for about 12 minutes. 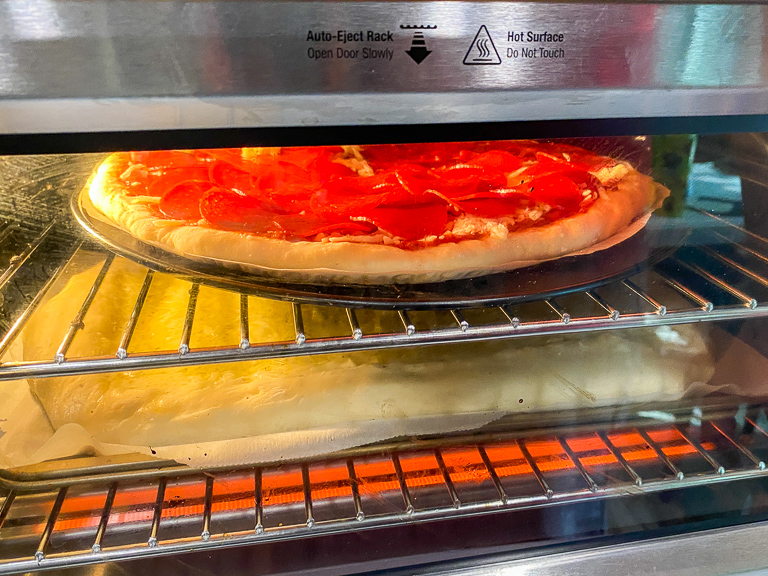 I turned the broiler on at the end and moved the breadstick pizza back and forth underneath it to give the top a nice color. 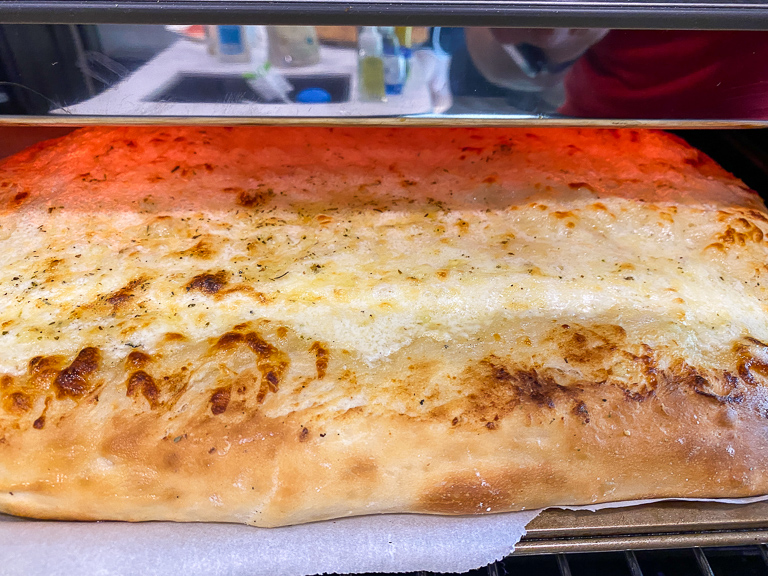 Afterwards I topped it with shaved parmesan cheese and a little more Italian seasoning. It smells wonderful. 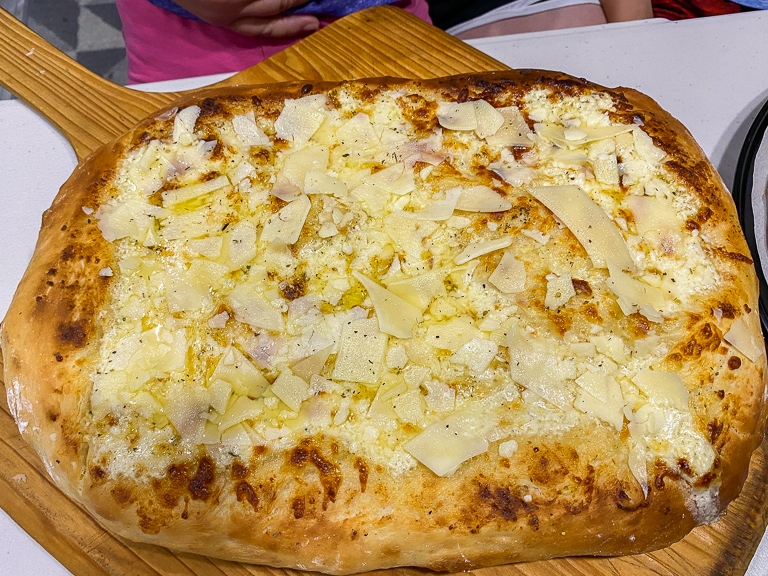 Ian and Alli's pizza. Half pepperoni for Ian, a quarter with sauce only for Alli, and the rest for me. 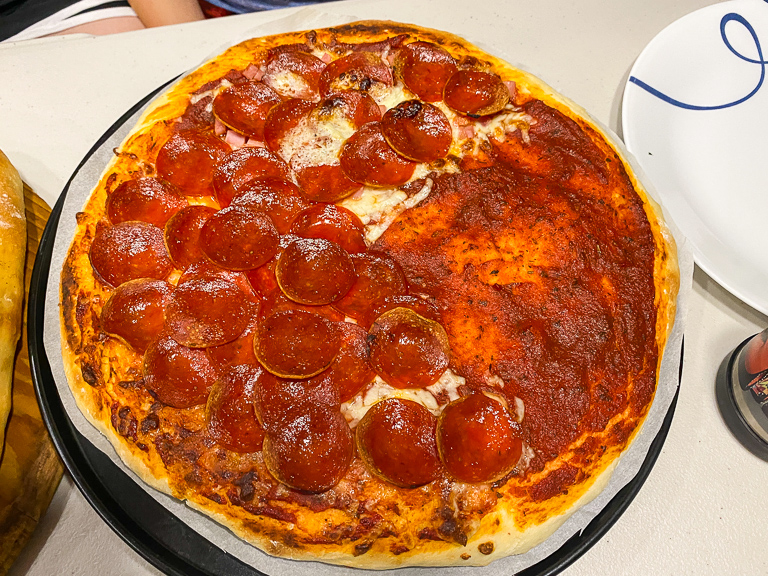 We love our view from the dining room window. It's changing every week! 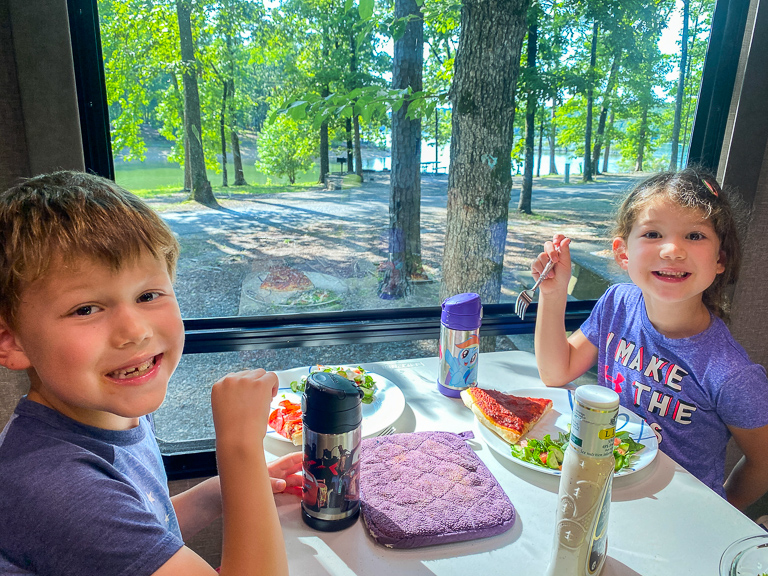 The milk did indeed make the breadstick pizza super soft. The crust also rose very high and got very fluffy. I'll have to keep this in my back pocket for the future.
Jon and Jess were right about this combination of toppings. It's delicious! And it's Theresa approved! 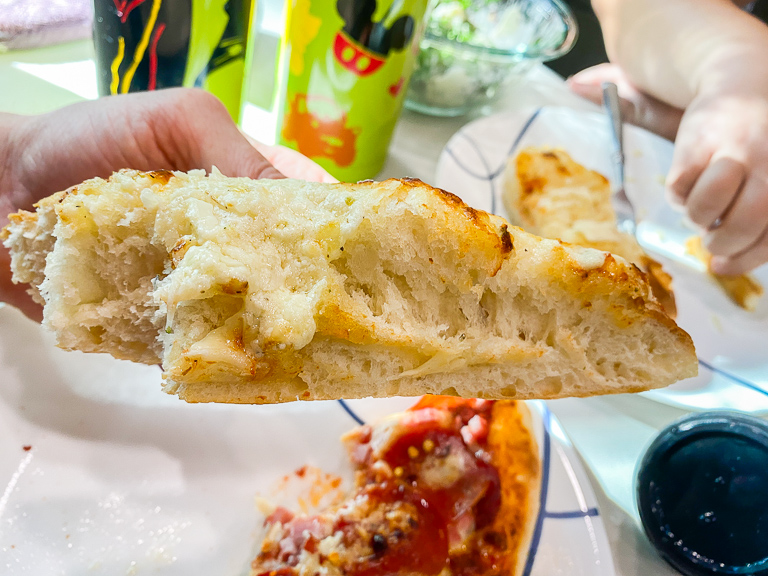 Alli tried a bite of mommy's breadstick and then said "Please can I have my own slice of that?" It's kid approved too! 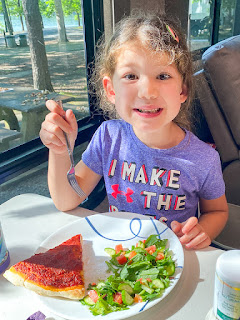