A new Pringles flavor? Yes please! I've never heard of a Moa Burger. I saw these on the shelf of Walmart and grabbed them without looking into the background of what they are. 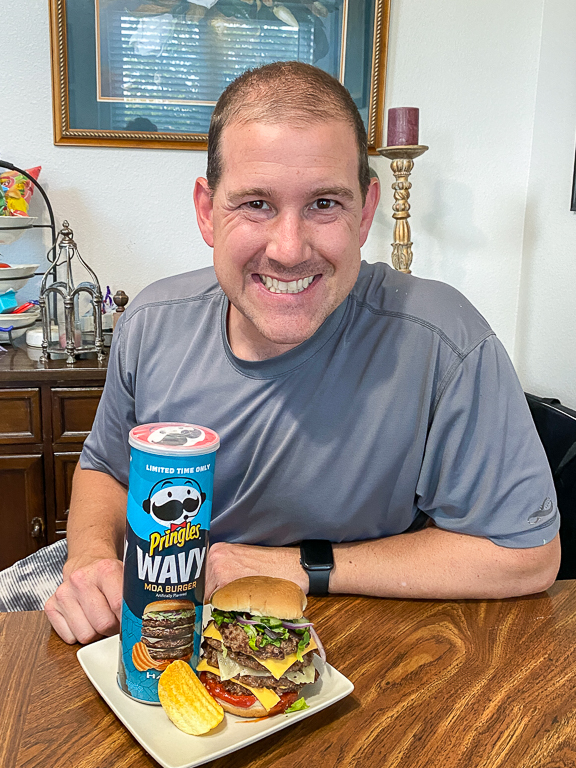 I thought Moa sounded like something Hawaiian. Maybe this is a Hawaiian themed burger from somewhere. Either way I'll figure something out! 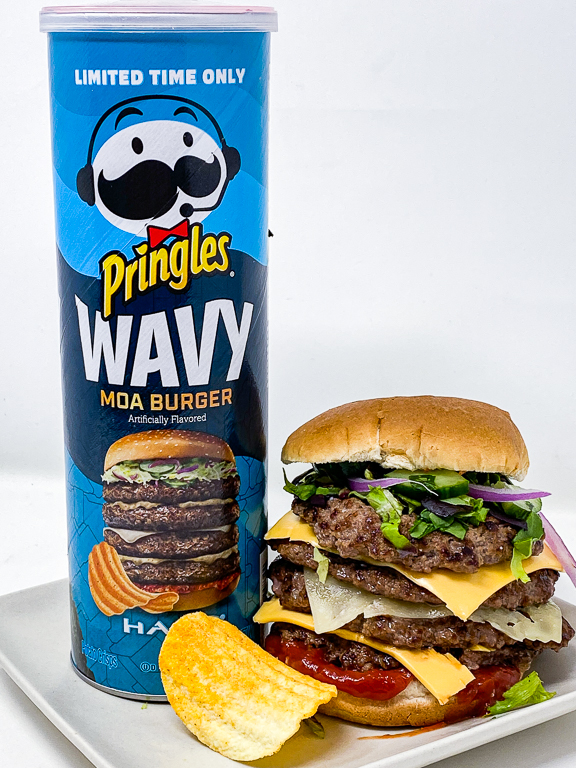 Doing a little research, the Moa is a species of large flightless birds that existed in New Zealand. The largest of which reached 12 feet in height! They were hunted to extinction back in the 1400s. I wonder if the giant bird named Kevin from the movie UP took any inspiration from the Moa bird.
Image by By Conty - Own work, 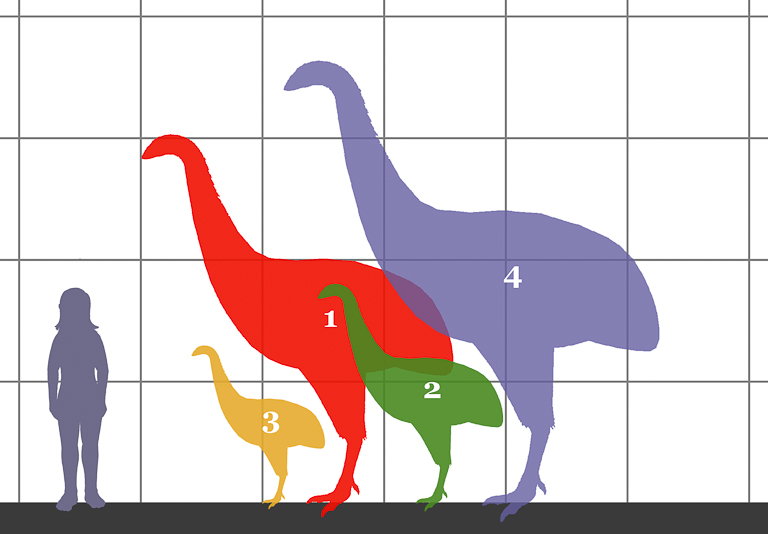 But why would Pringles make a Moa Burger flavored chip? It turns out that in the video game Halo, the Moa is livestock on one of the worlds named Reach, where they serve Moa nuggets, wings, and burgers. Interesting. Halo is coming out with Halo Infinite later this year, and it's a tie-in with the new game. 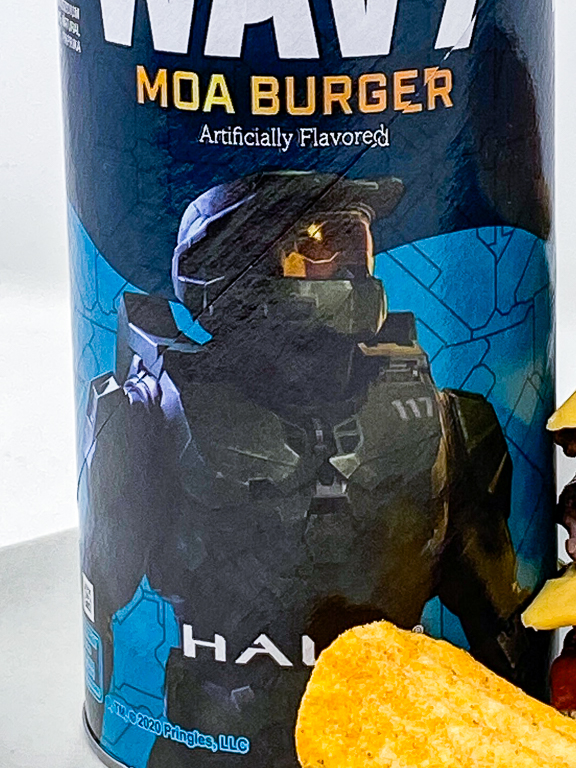 Here's what Pringles version of a Moa Burger looks like. First, the most impressive part, this is a quadruple stack burger with four patties! The top looks to be lettuce, red onion, and cucumbers. There's cheese between the layers, and the bottom has something red underneath. 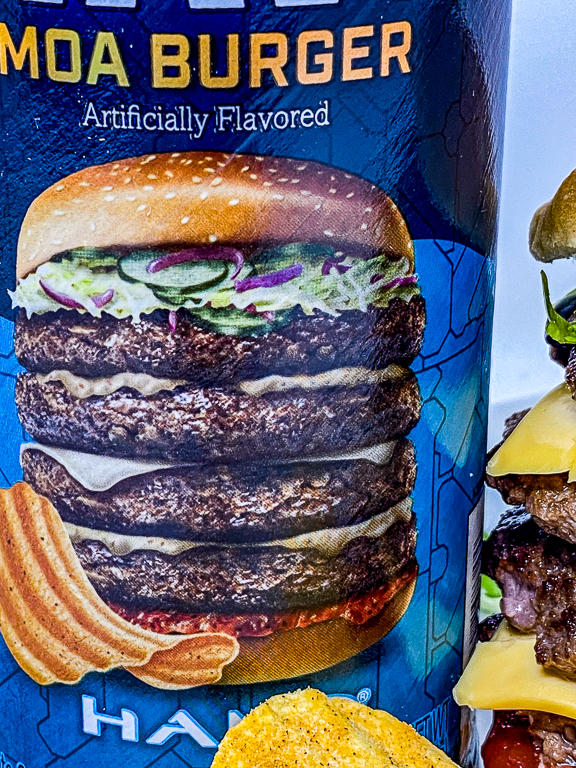 I can make the burger patties easy enough. Slices of cheese between the layers, sure, with American cheese and Baby Swiss. On the bottom is a layer of ketchup. But the big question is, what about all those vegetables? Will they actually go on the burger or not? 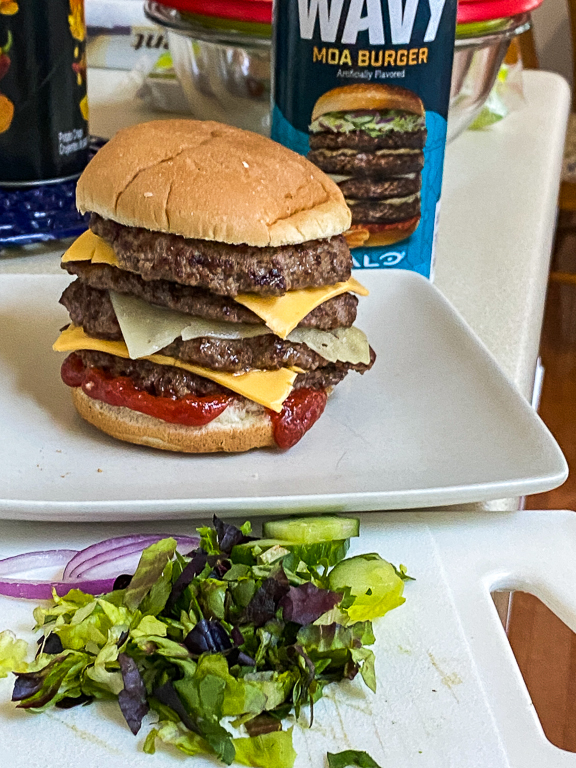 Sure, why not. I do like red onion, and the other two can't be that bad. Especially when there's this much meat and cheese. Let's eat! I posed for a picture, but Theresa kept aiming the camera at me.
Theresa - I'm waiting for you to take a bite!
This is a pretty large burger. I don't know if I can get around all four patties and the bun. 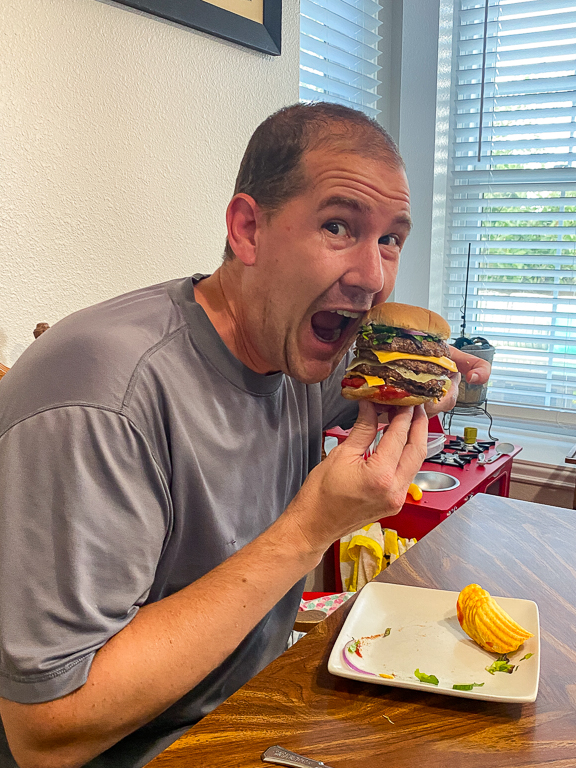 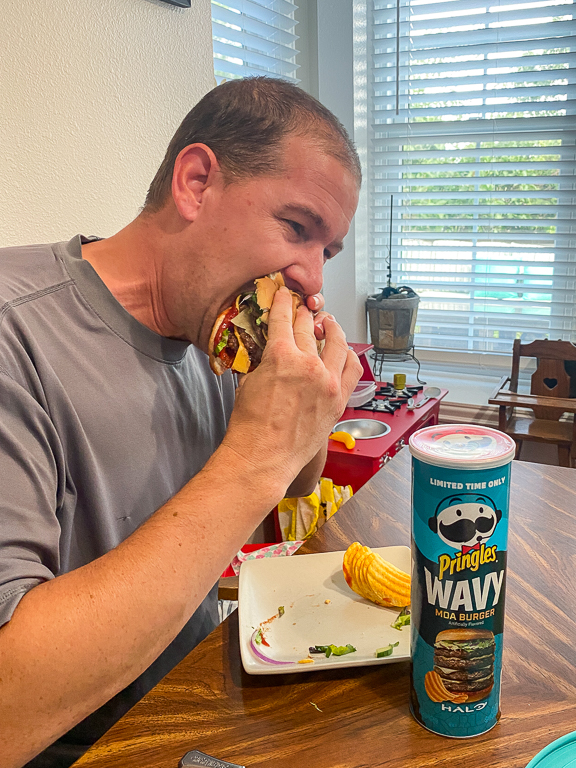 I'd call that pretty good. And it was indeed delicious! The cucumbers gave it a fresh taste.
While I had this for dinner, everyone else had regular hamburgers. Ian told me that my burgers are his favorite. I used to get a bit more involved with hamburgers. My recipe was ground beef, an egg, Worcestershire, BBQ sauce, salt, pepper, paprika, chili powder, cayenne, onion powder, and mustard powder. I thought they were good, but a friend said "sounds like meatloaf". I also liked thick burgers where there's lots of meat.
Everyone else had a differing opinion. They seem to like these thin burgers with only salt and pepper while they're cooking. So that's what I've made ever since, and everyone gives me compliments on the burgers now. 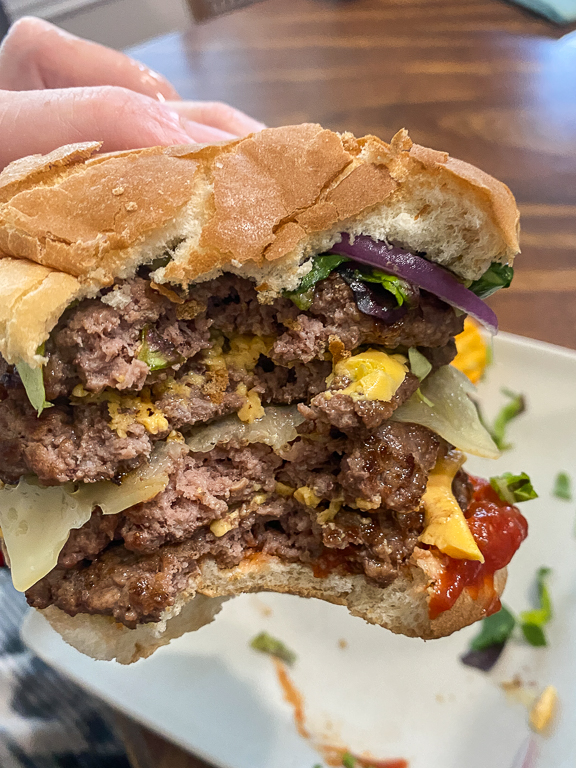 But what about the chips? They've got a little bit of spice and heat to them. A little bit of a bbq flavor. They are a tasty Pringles chip. I wouldn't say they taste like a burger. I don't taste any poultry at all, so I can't say that it's a bird burger, but it's still good! 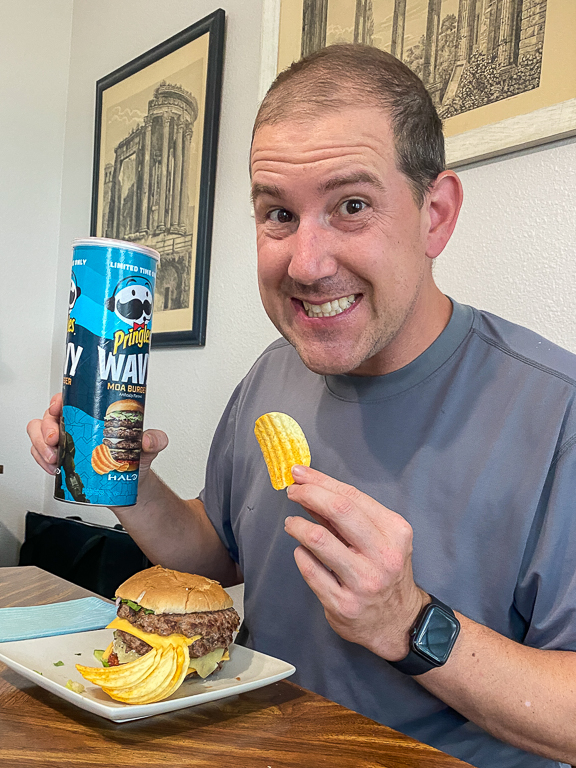