Another hot candy taste test? Ooh, I don't know about this one. After our last Fiery Five Jelly Belly taste test I'm a little turned off by spicy candy. Sorry for putting you through that Theresa, Jacob, and Matt.

But my brother had other ideas and got me a box of Fruit Gushers Sweet and Fiery. 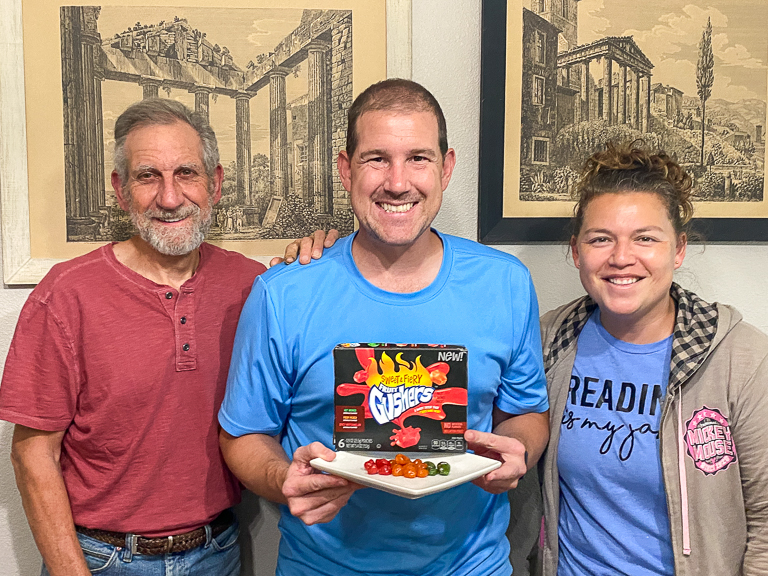 Gushers are a fruit snack candy on the outside, with a liquid center on the inside. I wonder what part is spicy? 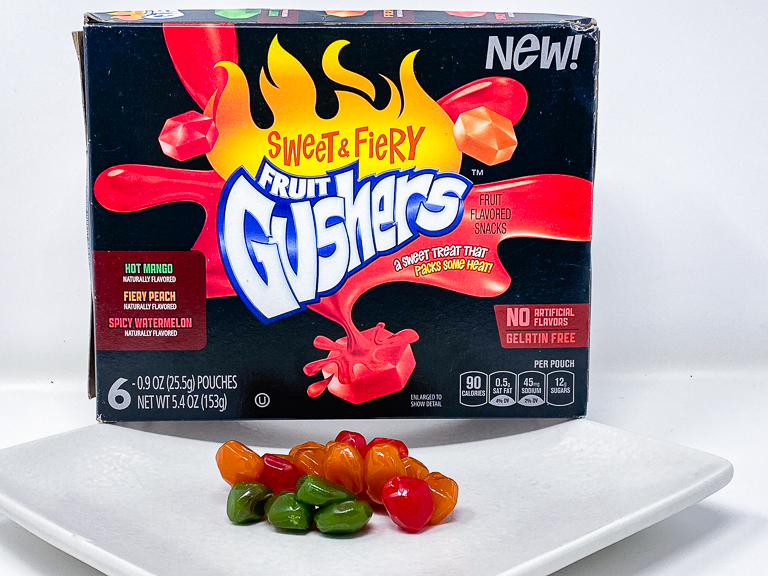 These have a warning on them just like the Jelly Belly Fiery Five, but this one looks less ominous. The Jelly Belly warning said not to give it to children or the elderly, that it could trigger an asthma attack, and make sure people read the warning before eating them. The warning on these seems to be a choking warning instead of a spicy heat warning. 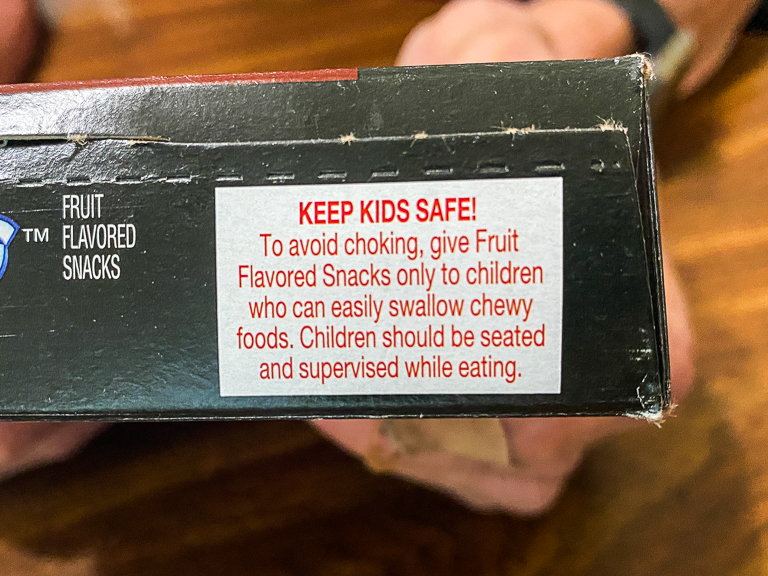 There's three flavors, but Theresa noted that none of them are named for specific peppers. The three flavors are Hot Mango, Fiery Peach, and Spicy Watermelon. 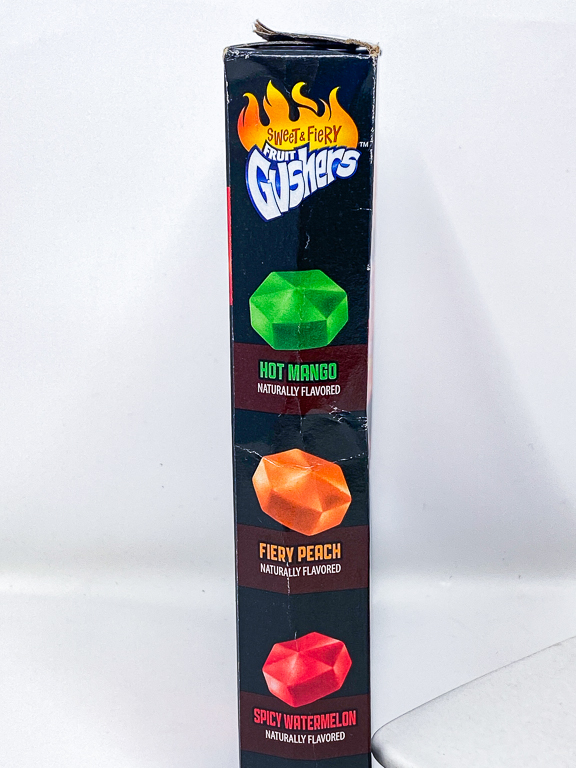 I had to open 2 packages because the first one didn't have a single Hot Mango in it. Come on General Mills, where's the quality control? 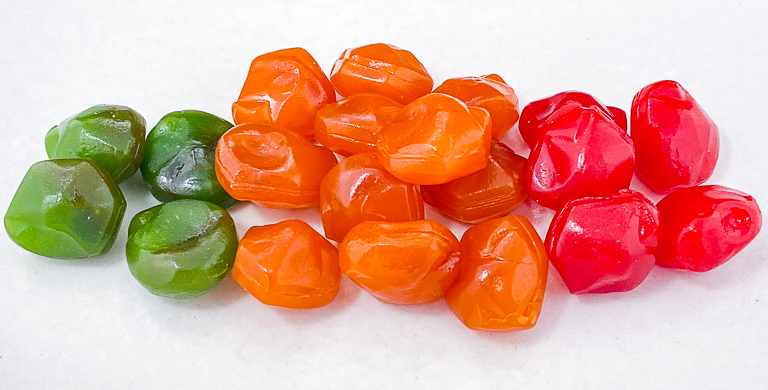 For today's taste test, Theresa, Pop Pop, and I are participating. Alli was asked, but decided to decline. Gram doesn't care for spicy things, but reluctantly decided to participate. 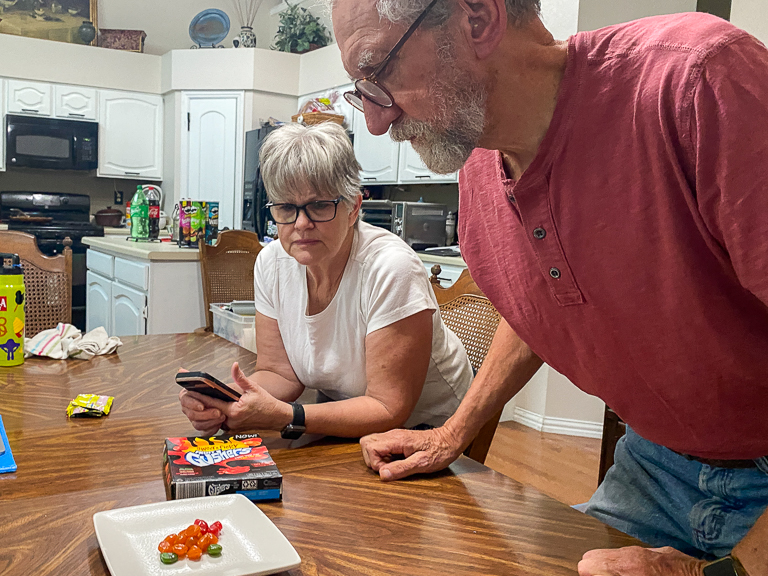 How did they taste?
Theresa said that "I liked them a lot more than I thought I would."
The intended fruit flavor comes through very well. At first, there's no heat. It makes me think that the spiciness is only in the liquid inside, and not in the chewy candy on the outside. When the heat does come, it doesn't have a particular pepper flavor. It's just heat, but a mild heat. You feel it more when you swallow.
Hot Mango - I don't normally like Mango, but this has a pretty good flavor.
Fiery Peach - Another tasty one. There's not a whole lot of peach candies, and the flavor along with the heat on this one is especially good.
Spicy Watermelon - Normally Watermelon is my favorite, but in this case the Fiery Peach won out. 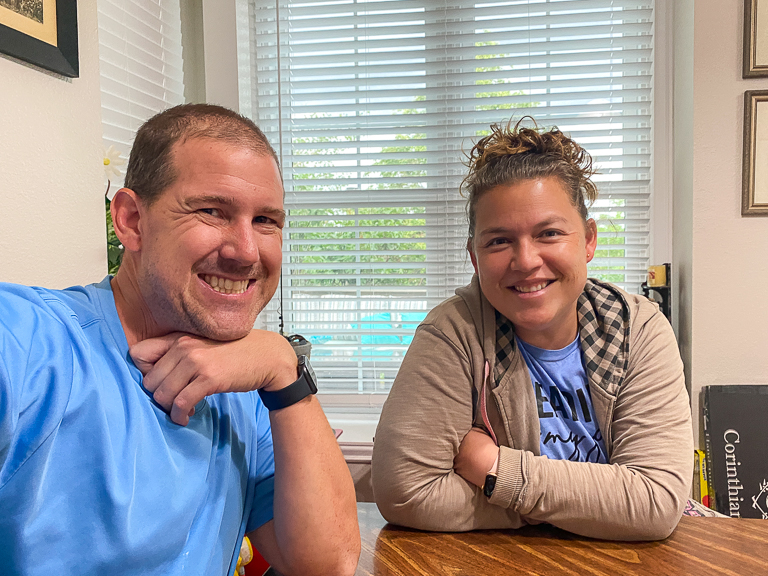 Gram was not a fan at all, but the rest of us thought this was a pretty yummy taste test overall. I would definitely have a bag of these spicy Gushers again.