We're in Hanover Pennsylvania and Theresa had a sudden realization. Her favorite pretzels ever are Snyder's pretzels, and the bags don't just say Snyder's; they say Snyder's of Hanover. I wonder if that's this Hanover? Sure enough, it is! 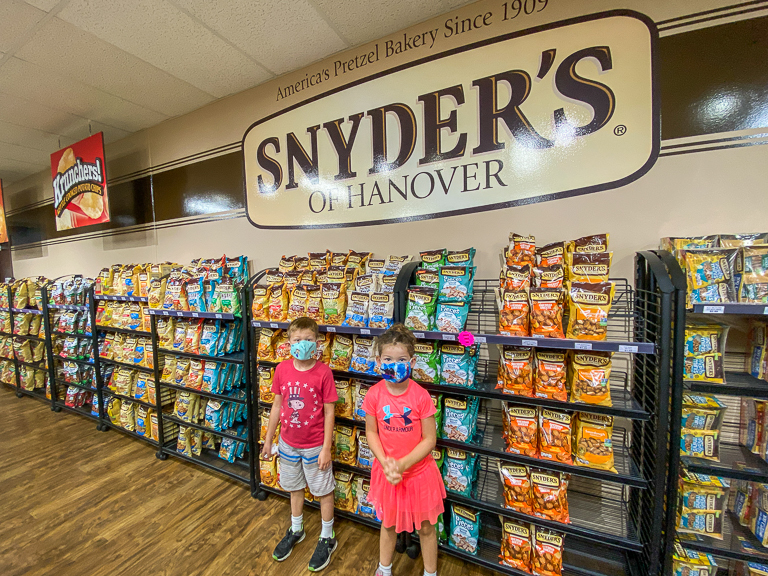 The enormous factory has tons of trucks coming and going. 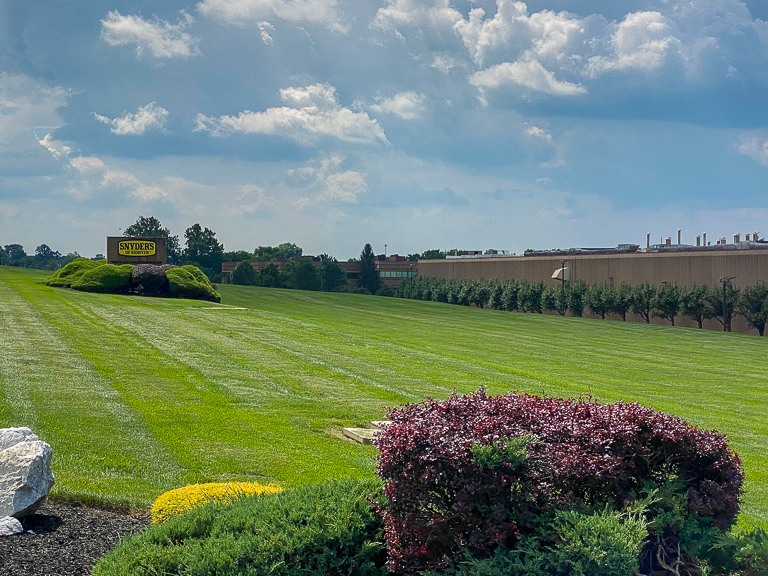 Unfortunately, because of COVID, they aren't doing tours of the facility. They are trying to keep up with production and can't many people to give the 30 minute tours. 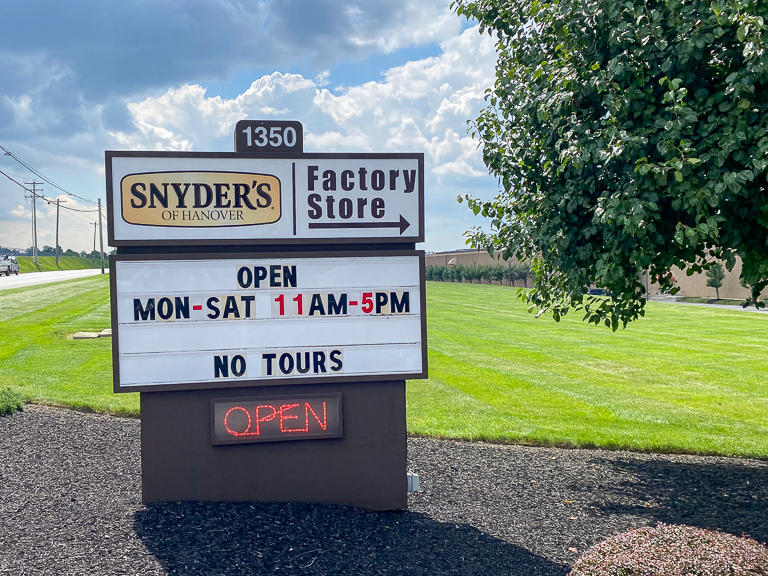 But the factory store is still open and so we're at least going to stop inside and see what's available. When I parked, Ian and I could smell the pretzels inside. 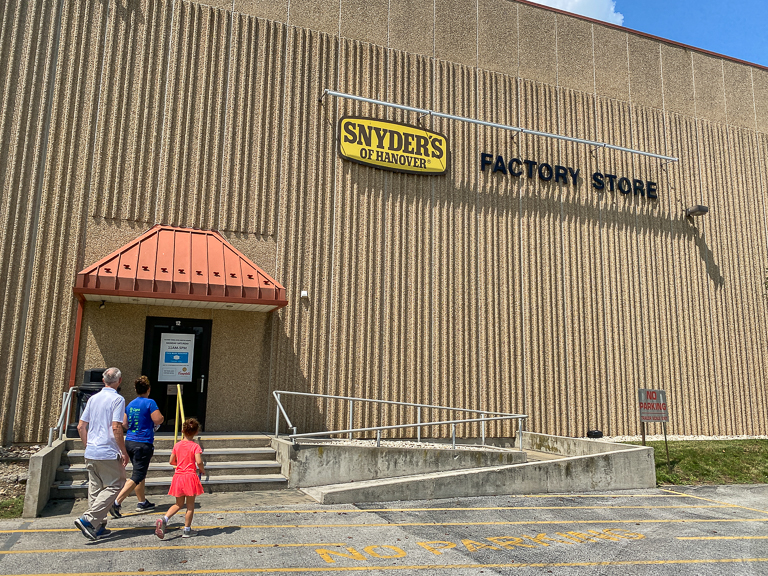 Inside there's pretzels, but not just pretzels. 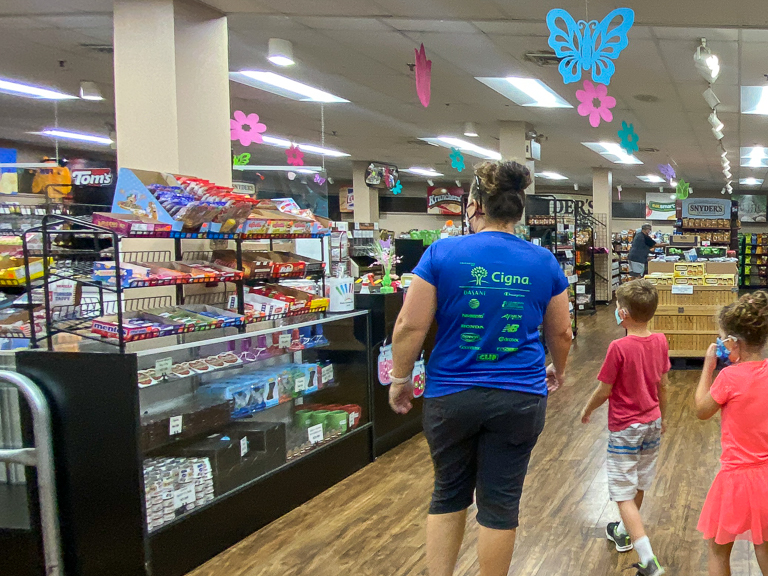 Snyder's of Hanover was acquired by Campbells Snacks back in 2017, so there's other things here like Pepperidge Farm, Goldfish, Lance crackers, and more. 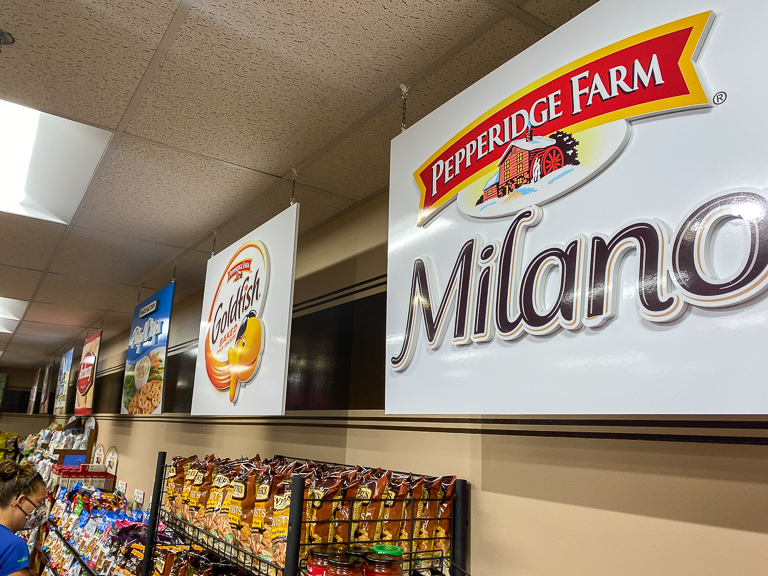 Need a plush? This pretzel mascot can be yours for $8.99. 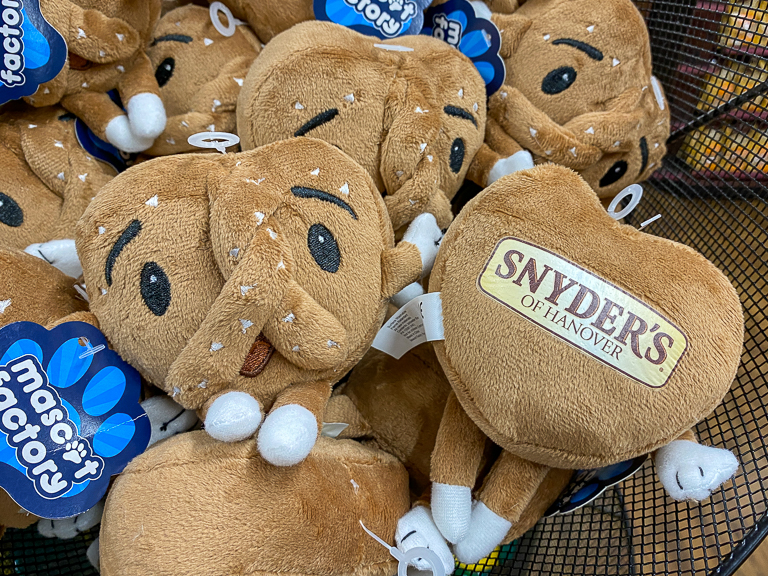 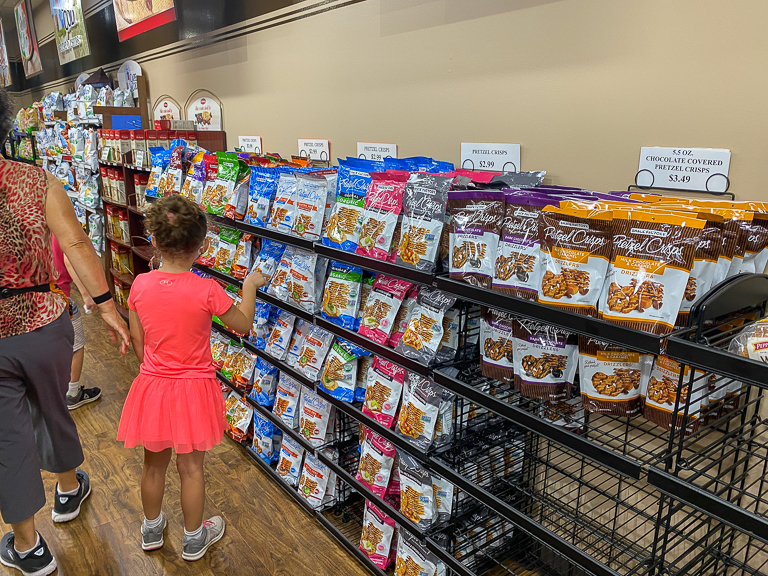 But there were some deals to be had. Bags that might normally cost $3 were half that. 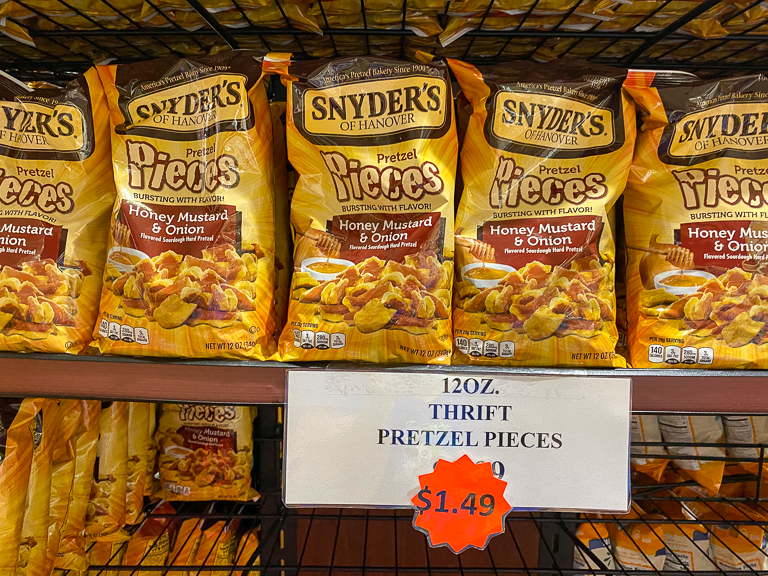 With some even being less than a dollar. Theresa found her favorite pretzel Butter Snaps here for just 99 cents a bag, when they're usually $3 in store. 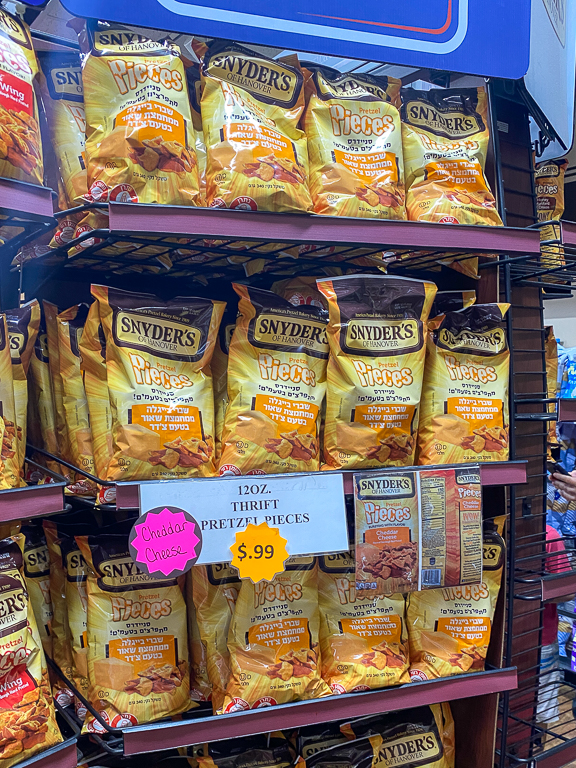 If you like pretzels, this Factory Store would be a good stop for you. 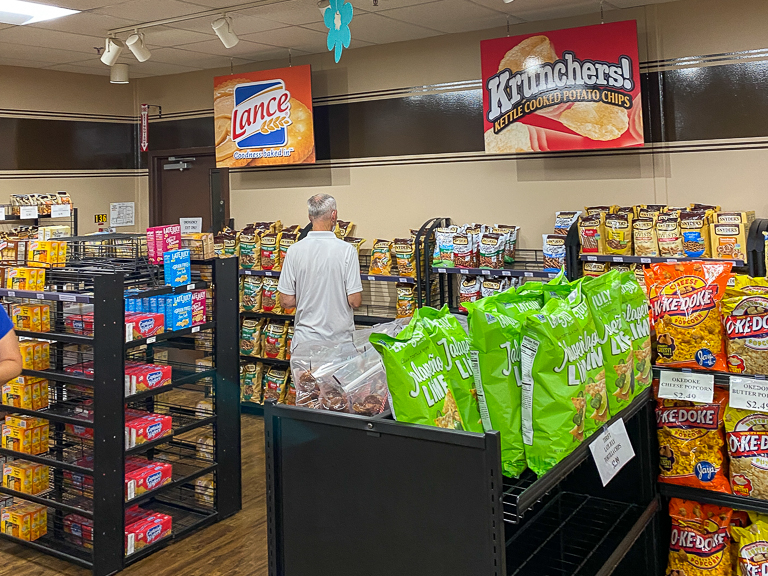 I didn't even know they made chocolate candies. 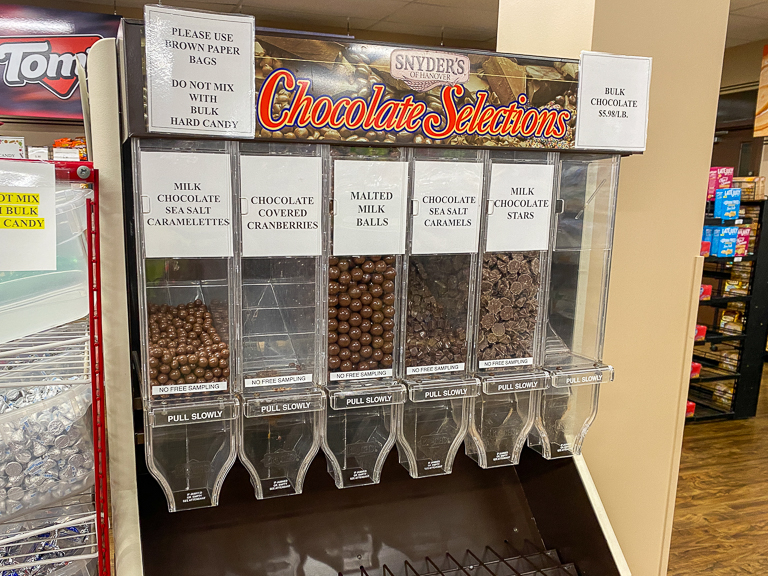 There were no freebies here after we bought everything, but I did see that there would have been some extra gifts if we had spent $30 or more. 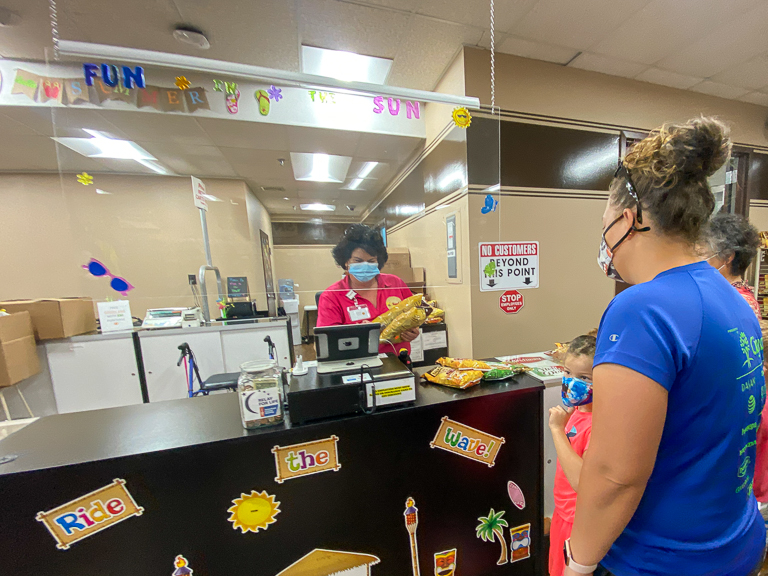 But we weren't even close. All this was just over $11. Between this and the Utz Factory Outlet Store, we're going to be set for salty snacks for the next few months!