Earlier we were able to visit the Utz Chip Factory in Hanover Pennsylvania and visit their Factory Outlet Store. Ian was super excited because his favorite Cheese Ball ever is the Utz brand. I think he remembers back in California getting a few mini-packages for Valentines day. 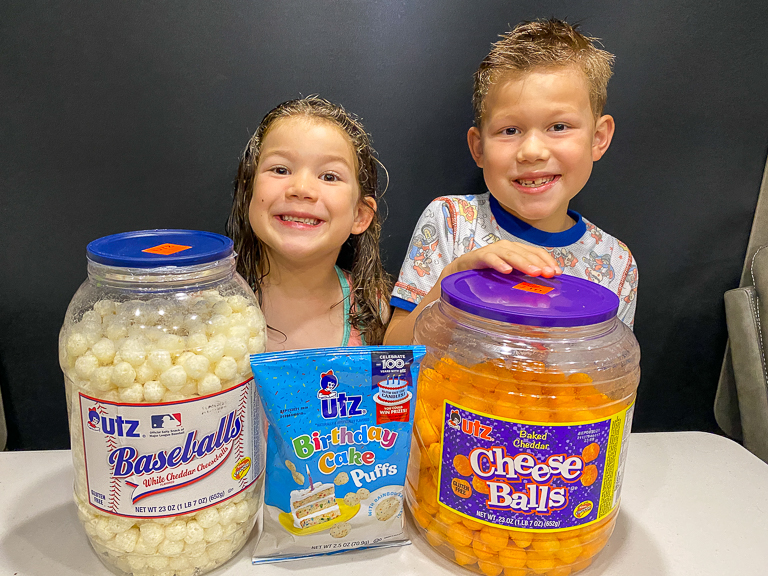 From the Factory Store he was able to buy a giant barrel of the Orange Cheese Balls! And if we're going to be doing a comparison, we'll need something else to taste along with it. We're going to try it along with the Official Salty Snack of Major League Baseball, White Cheddar Cheeseballs, called Baseballs. And Utz is celebrating their 100th anniversary and they've released a few different Birthday Cake flavored items. This time they're making Birthday Cake Puff with Rainbow Sprinkles! Oh my! 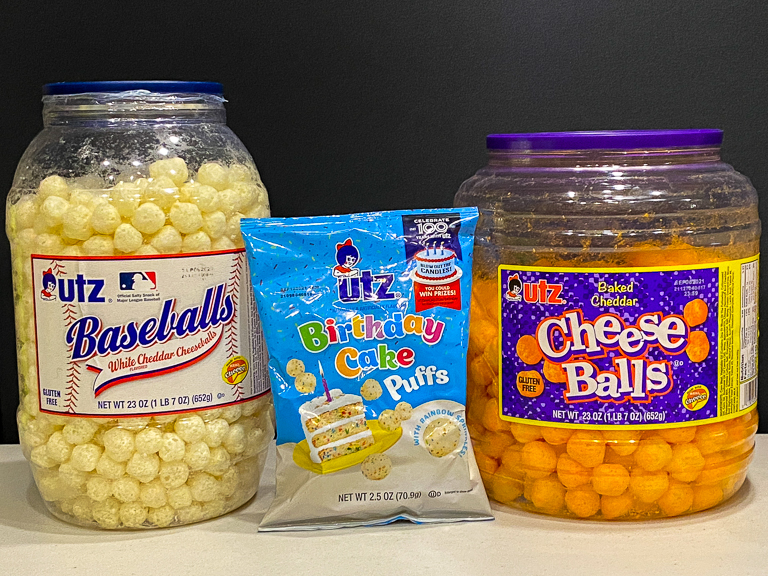 Instead of cheese, these claim to be coated in "Sweet, mouth-watering flavor." 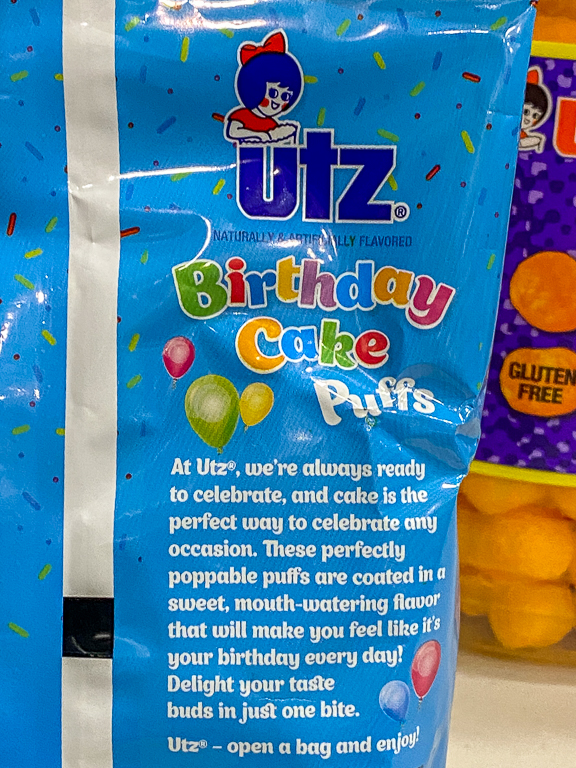 These were Alli's choice today. She saw these in the window of products while we were on the factory tour and was looking all over in the Factory Outlet until she found them. She's asked if we could try these first. Let's do it! 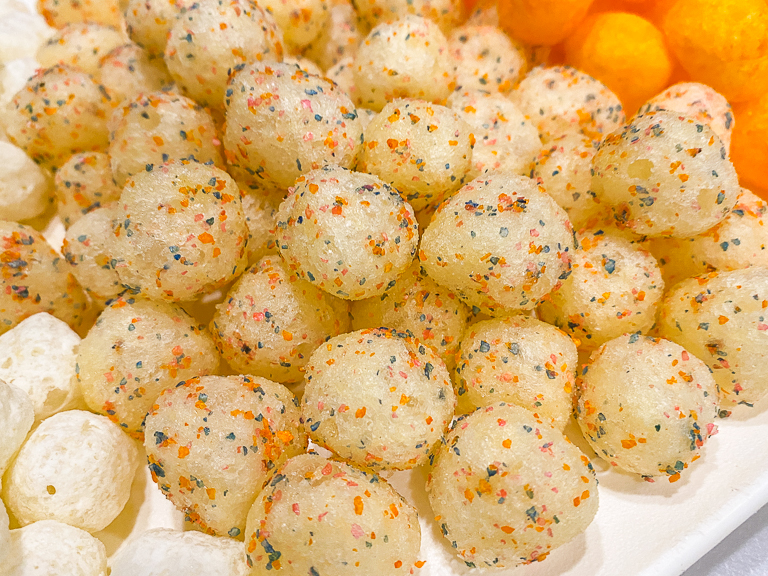 Uh. What's that face for? 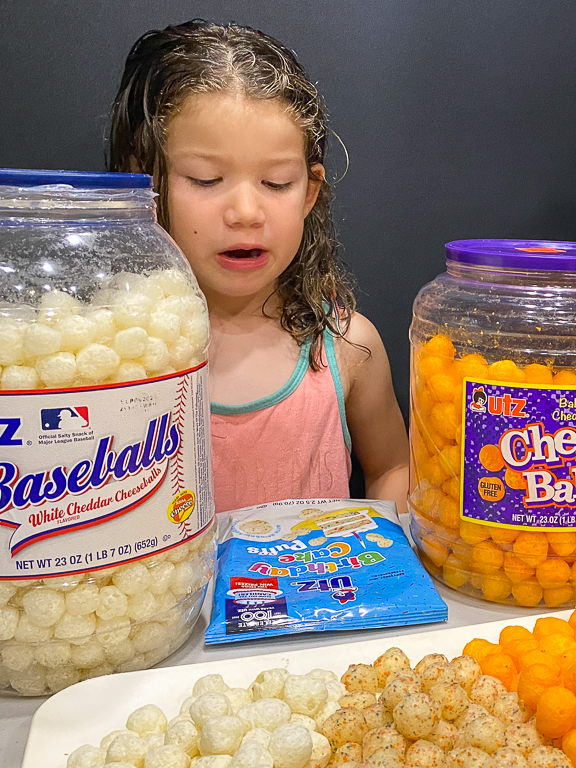 Oh they do make some good faces, don't they?
Normally I like salty and sweet, but only when I'm expecting it. Theresa and I popped these into our mouths expecting something sweet, but our first experience was something salty. It did turn sweet after a little while, but I thought it was a little too odd.

Moving on. How are those White Cheddar Baseballs? 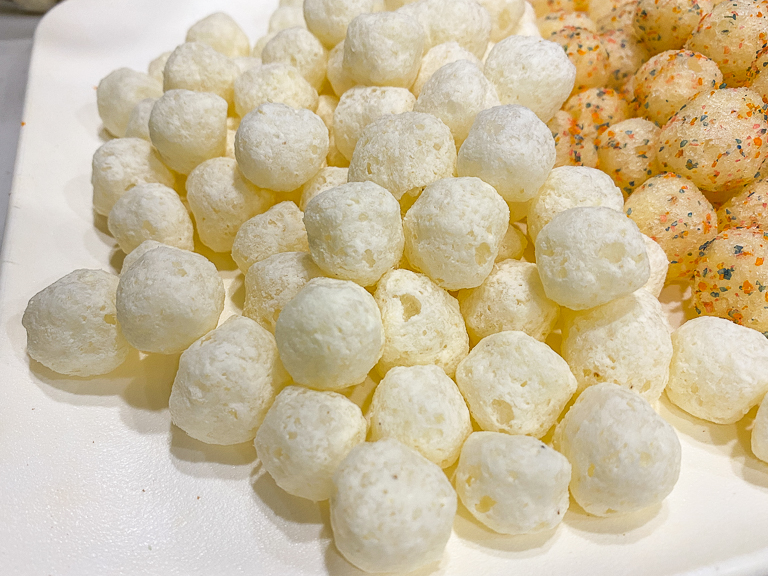 Not bad at all. It's got a cheesy taste and it's a good crunchy puff-ball. Honestly I don't normally like these types of snacks. Cheetos aren't a favorite for me, it's a texture thing. This texture was fine for me. I think it's pretty good. 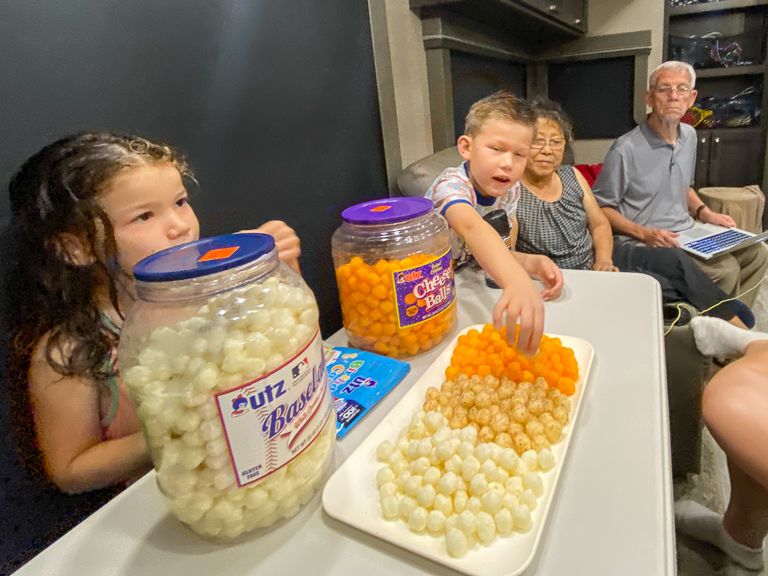 Moving on to the last one. These Orange Cheddar Cheese Balls are Ian's favorite. 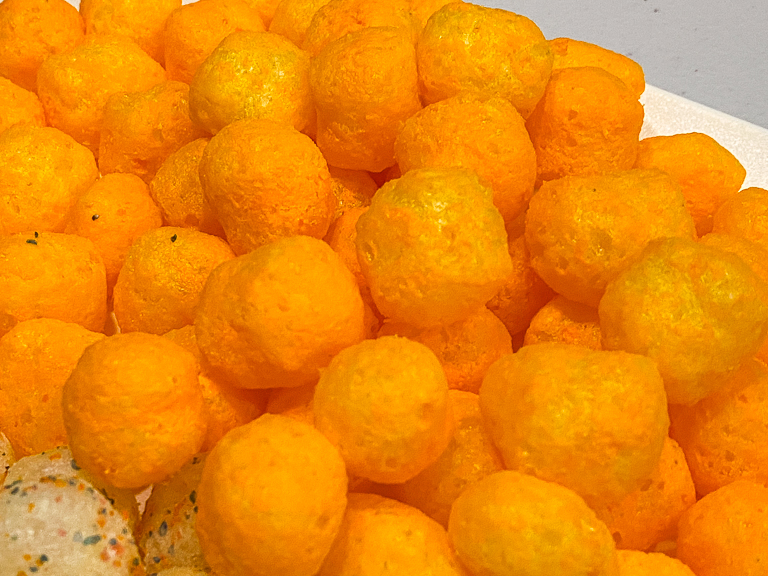 The cheddar flavor on these is even stronger than the white cheddar baseballs. It's the kids' favorite for sure. 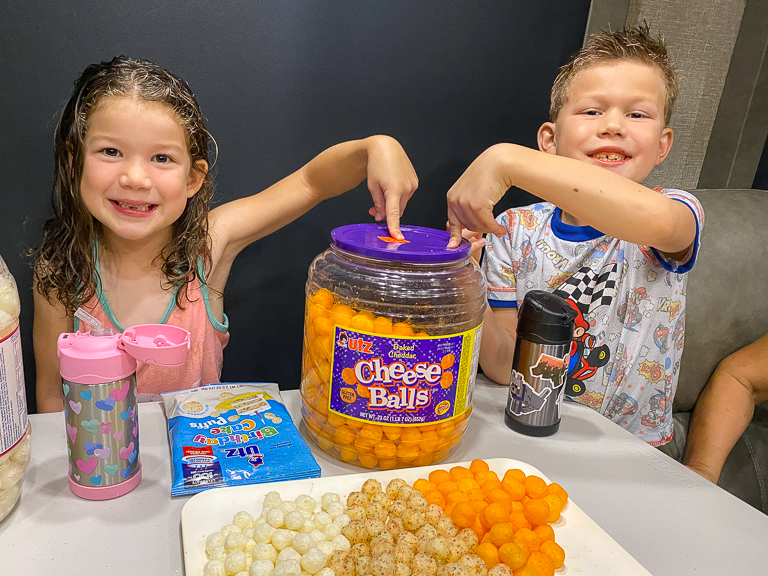 And putting it to a vote, all six of us agree that the giant tub of Utz Cheddar Cheese Balls is the favorite. 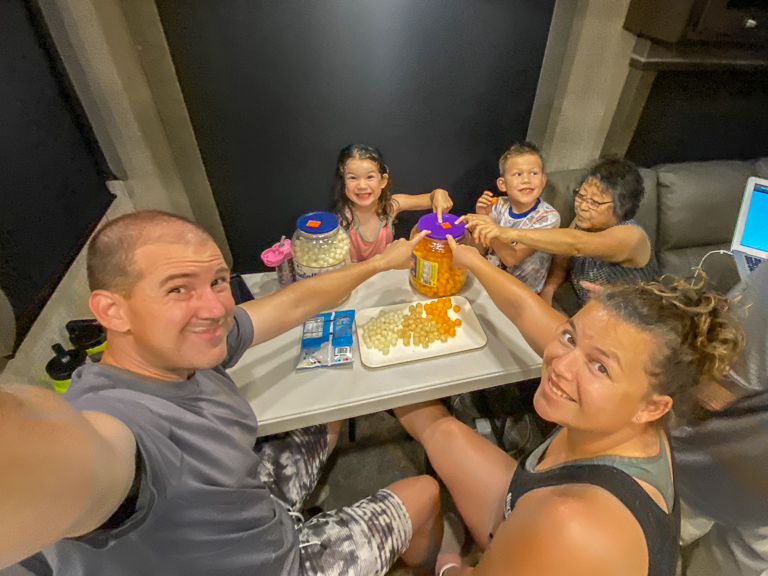