Coca Cola has a brand new flavor! This is the first new flavor since 2019 when they released Cinnamon Coke!

Coca-Cola Creations is bringing us new limited time releases, and this is the first of those releases. Coca-Cola Starlight! 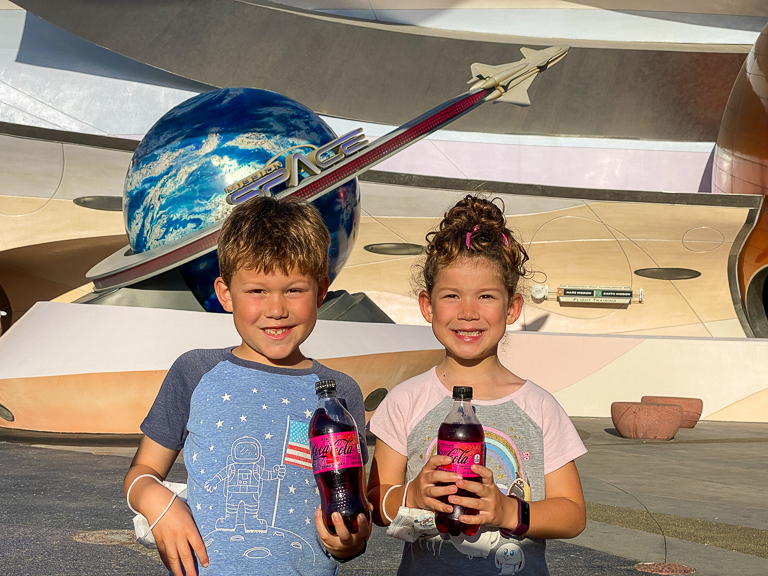 But why are we tasting it here at Disney World at Epcot in front of Mission Space? Because Coke claims that this drink is Space Flavored! 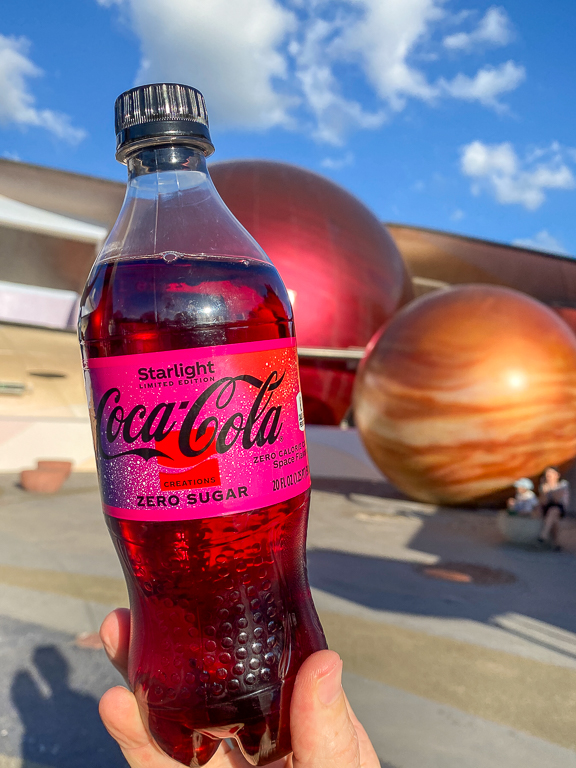 It says so right there on the packaging. And look at all those sparkles and glitter on the pink label. But what is "Space Flavored"? The package doesn't give any hints. 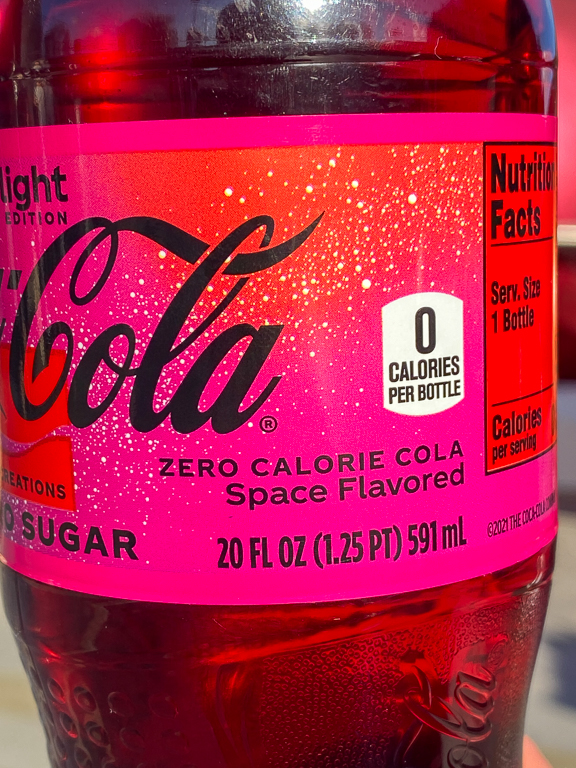 The liquid inside has a red tint to it. Does that mean it's going to have a berry flavor? We'll have to taste it to find out. 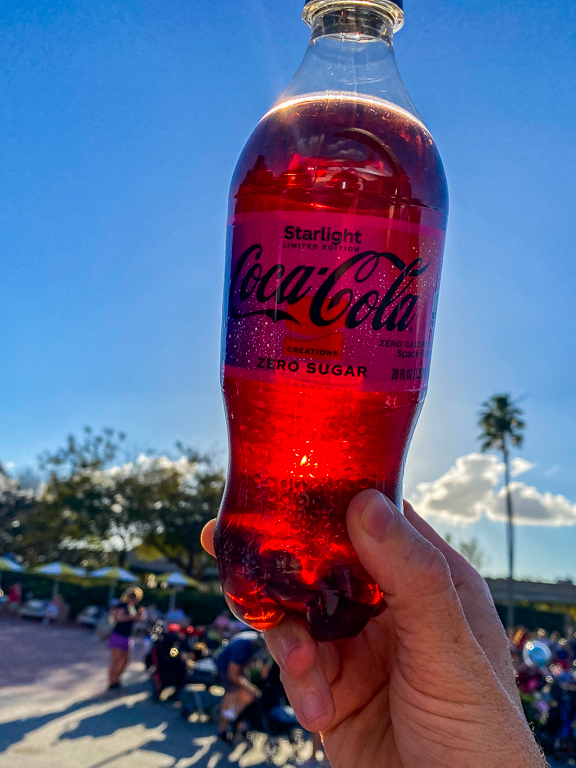 What do you think Alli? 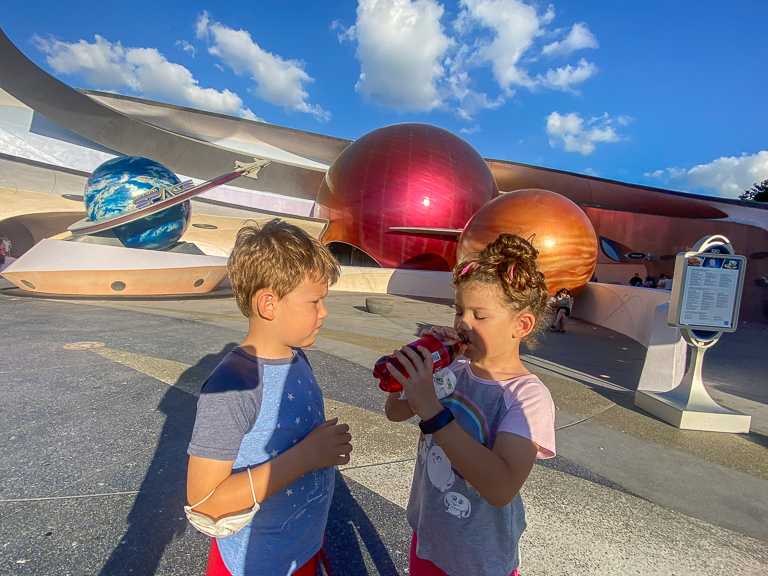 She's enjoying it. Ian thinks it's a fantastic flavor too.
But what does space taste like?
The Coca-Cola website for Starlight says "You hold the celestial power of the universe in your hand. Discover what it is like to drink Starlight, on Earth for a brief encounter. Infinite possibilities are yours when the ever-cool, indulgent flavor of space hits the #RealMagic of our great Coca-Cola taste. Starlight’s red hue sparkles with a cooling sensation that has been transformed by the magic of space. Transport yourself to a new galaxy with each sip. Discover the sensation before it’s gone."
According to the official press release, Starlight Coca-Cola “includes additional notes reminiscent of stargazing around a campfire, as well as a cooling sensation that evokes the feeling of a cold journey to space.” 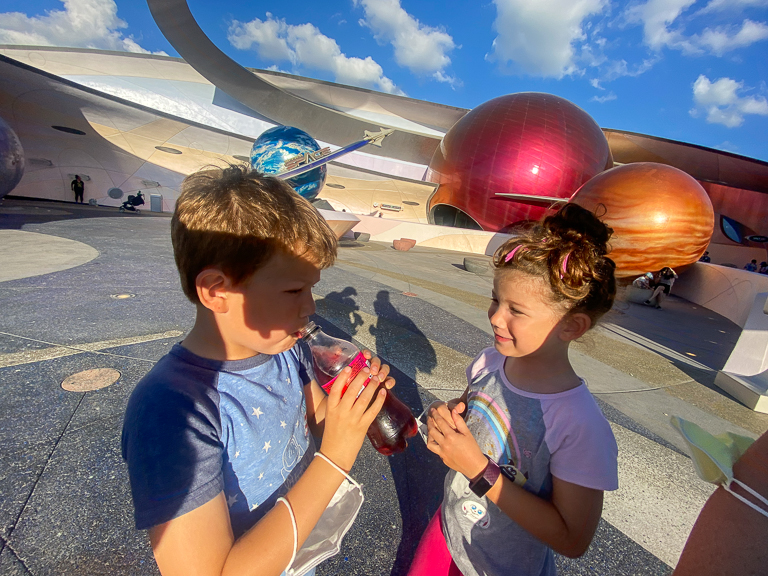 Alli - It tastes like Coke with Mountain Dew and a lot of sugar.
Theresa - It's a different kind of sweet. It's not a vanilla sweet or a berry sweet. If you're thirsty, it's good.
Ian - It's a real good marshmallow.
Joe - I'm getting a solid Graham flavor from the soda. That's the dominant flavor I taste.
Others have said they taste Toasted Marshmallow, Minty Cotton Candy, and Vanilla. 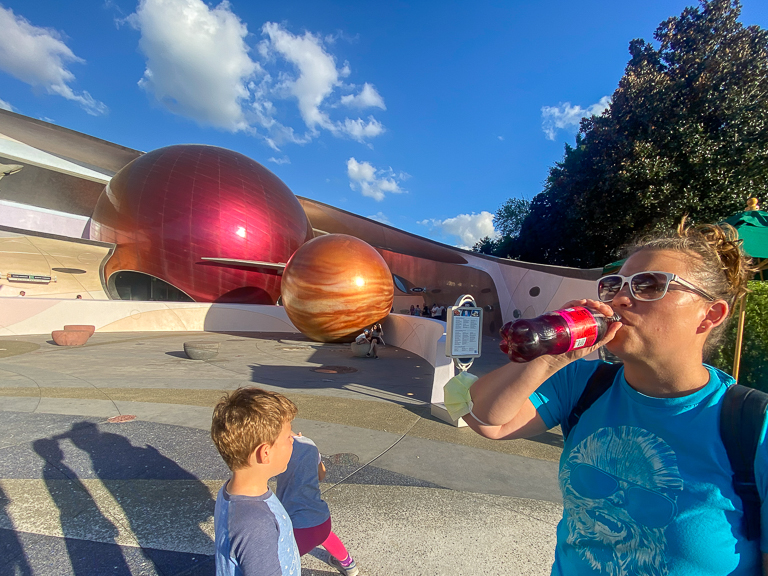