Let's do a taste test! About a year ago, Coke came out with something new. Coca-Cola Coffee! There were three flavors at the initial release, Vanilla, Caramel, and Dark Blend. When we tried all three, the kids and I thought the Vanilla was the best.

In January, Coke released a new flavor to the line-up. Mocha Coca-Cola with Coffee! 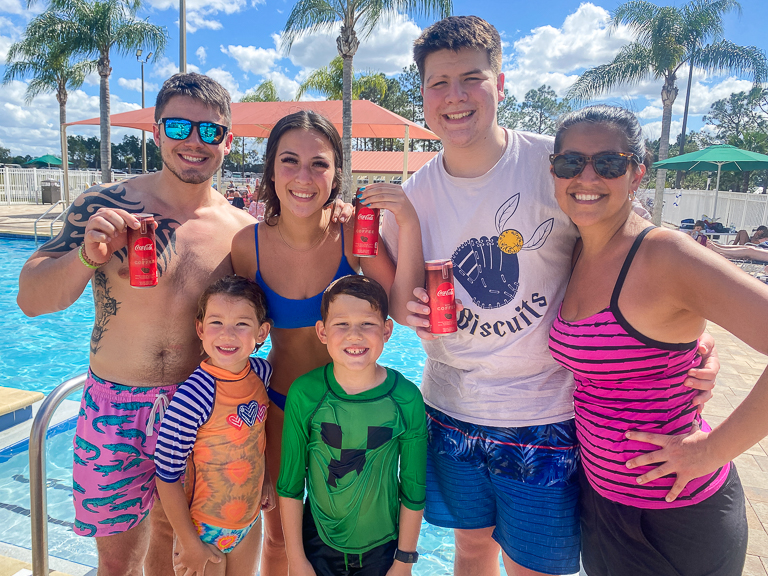 I hope it can match up with the Vanilla flavor! Who doesn't like chocolate? 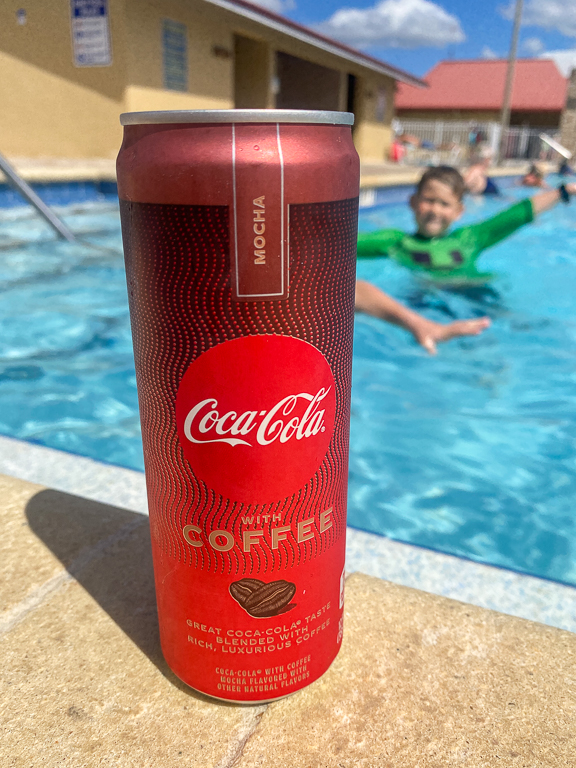 Since we've got visitors, and it's a hot day, everyone gathered around the pool to try this cool, refreshing, coffee. 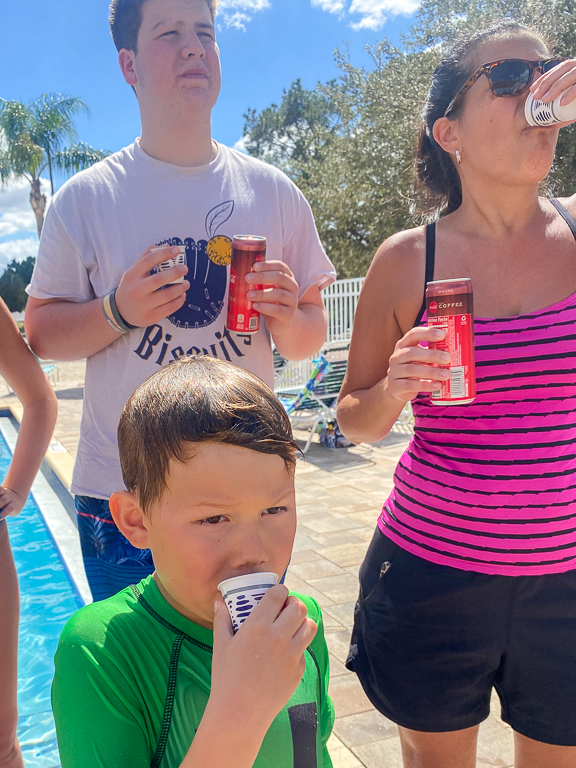 And how did it taste? I'm having a really hard time tasting chocolate. I can definitely taste the Coke flavor. The Coffee flavor isn't as strong as the Dark Blend, but it's there, along with a bunch of sweetness. But no chocolate. Make this yourself by mixing Coke, Coffee, and Sugar. 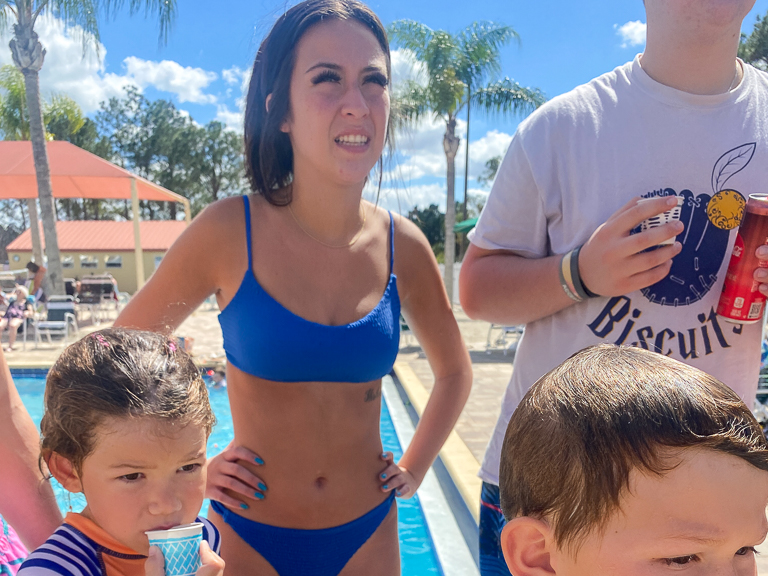 It was an interesting addition to the line-up. I wish it tasted more like chocolate, but then it would probably taste like Tootsie Rolls or something. My favorite is still the Vanilla. 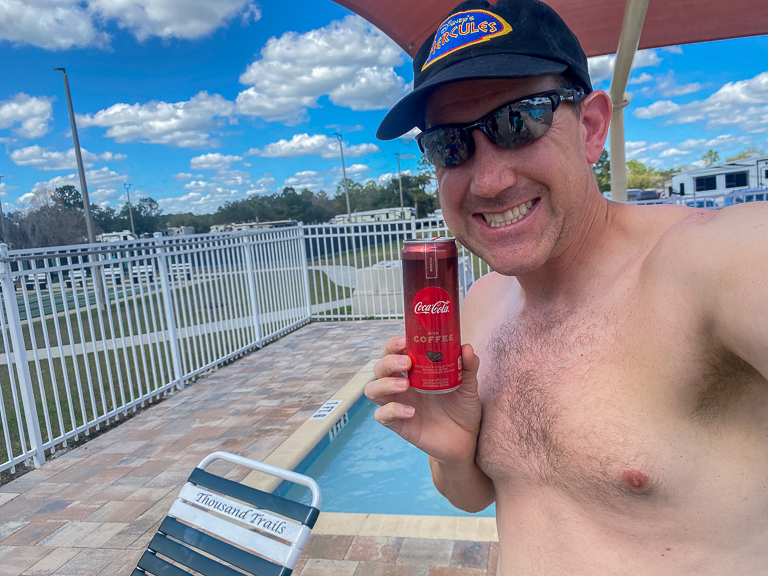