Wait. Another new version of Reese's Big Cups? This time with pretzels inside? Sounds like it could be tasty to me! Let's give them a try! 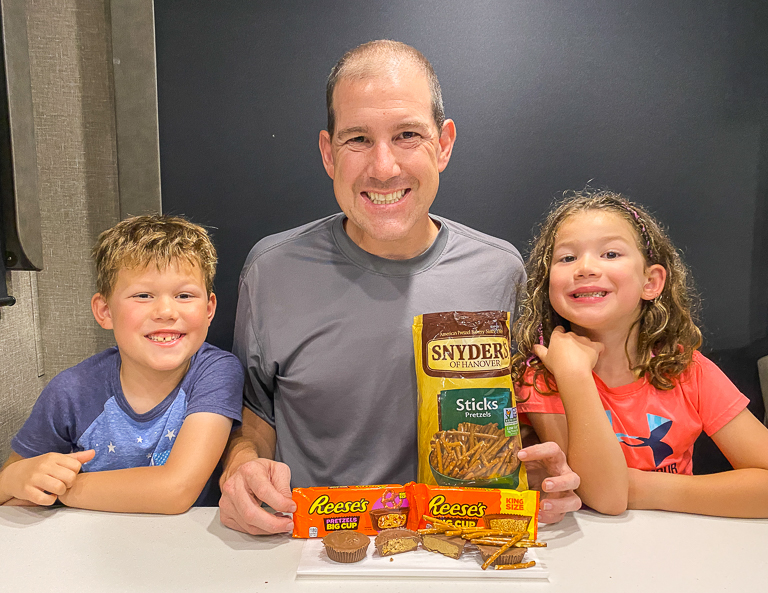 And just like last time, why not make our own version of Reese's with Pretzels to compare it against? This could be delicious! 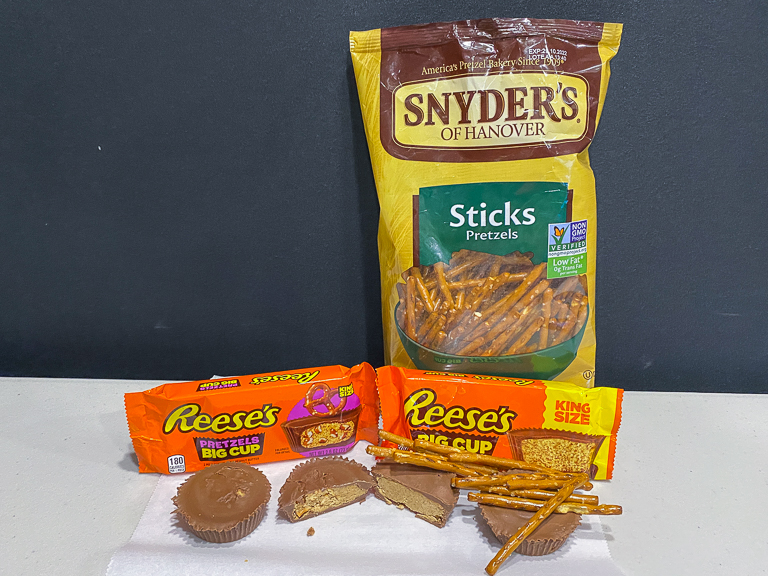 It might not have as many pretzel bits as the picture, but I'm sure it'll be tasty. 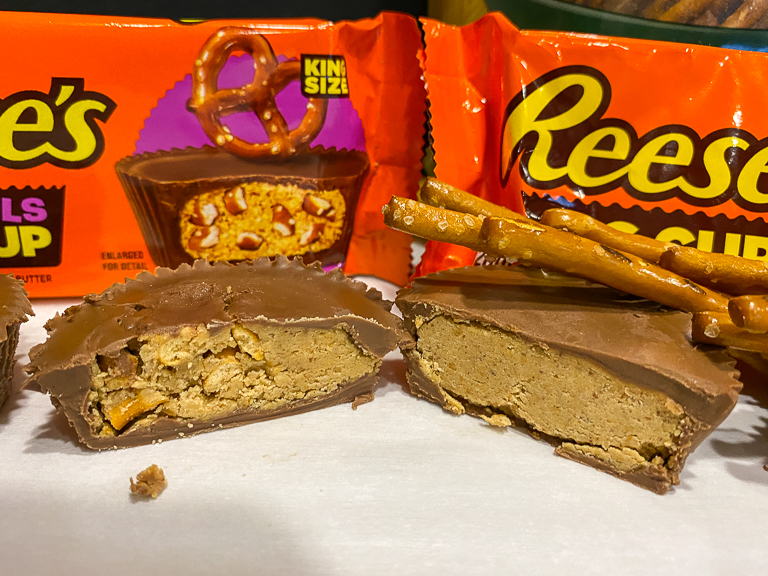 Cutting in into sixths, I did encounter more pretzels than I was expecting. 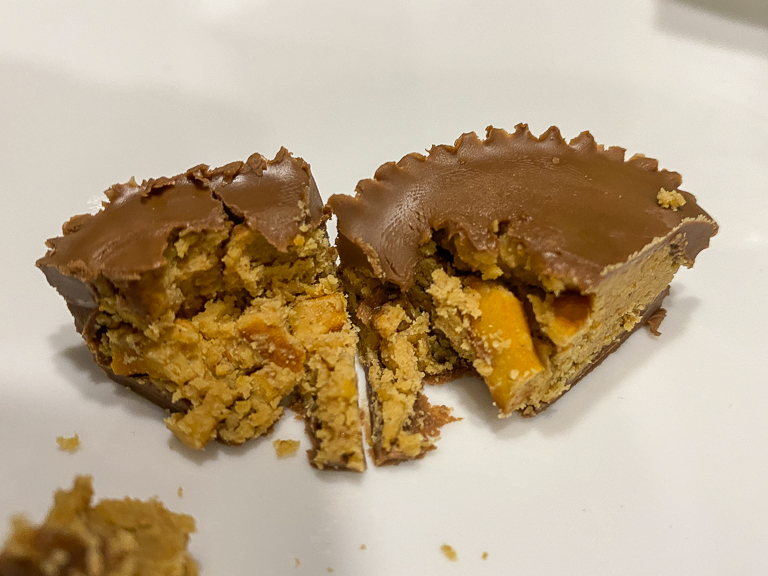 Come on over kids! Let's give them a try! 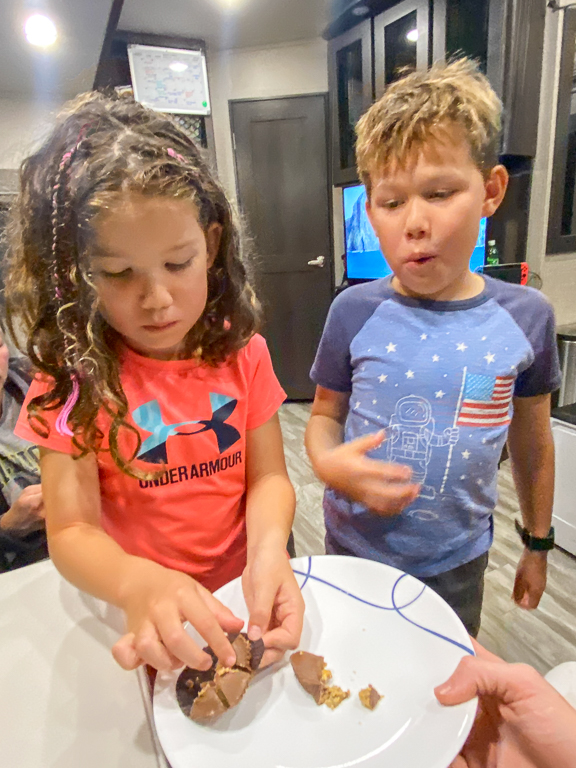 The Reese's Big Cup with Pretzels was actually pretty tasty! The pretzel bits weren't just crunchy. They were extra crunchy. It was a good contrast to the chocolate and smooth peanut butter. 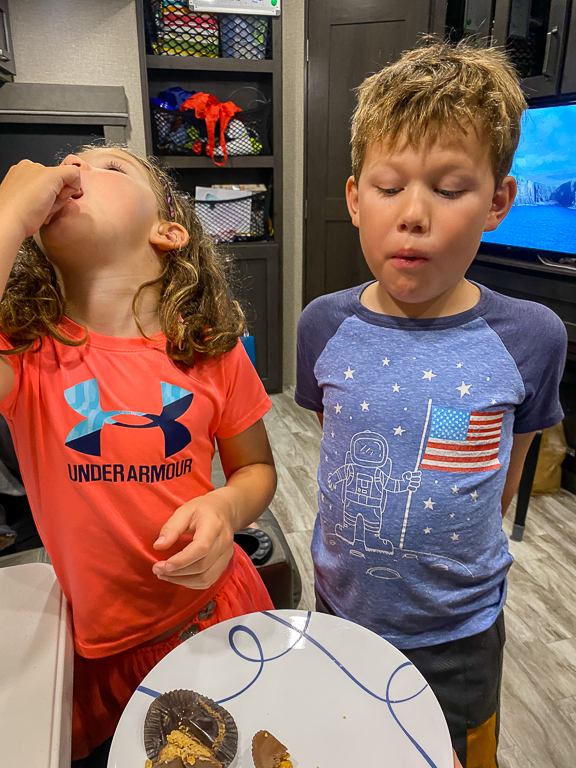 And now for our own version. I cut the Reese's Big Cup into sixths and gave each one a pretzel rod. 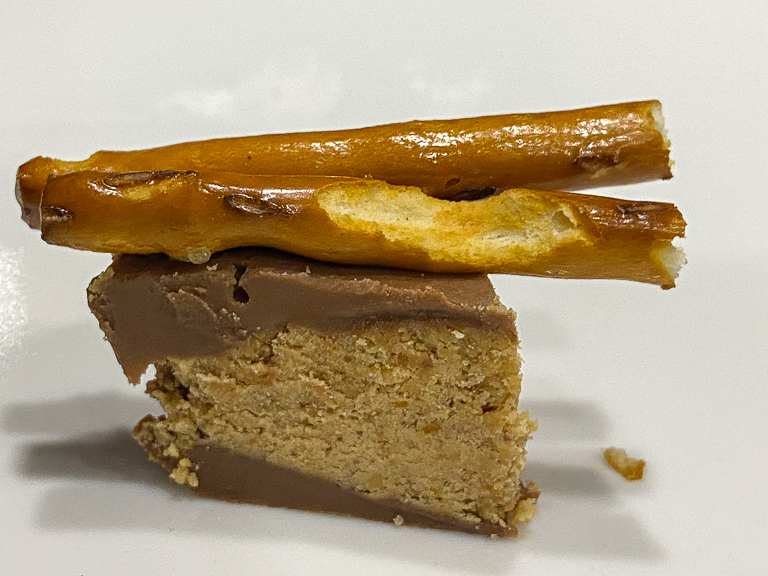 Sweet and salty. Along with some crunchy to go with it. 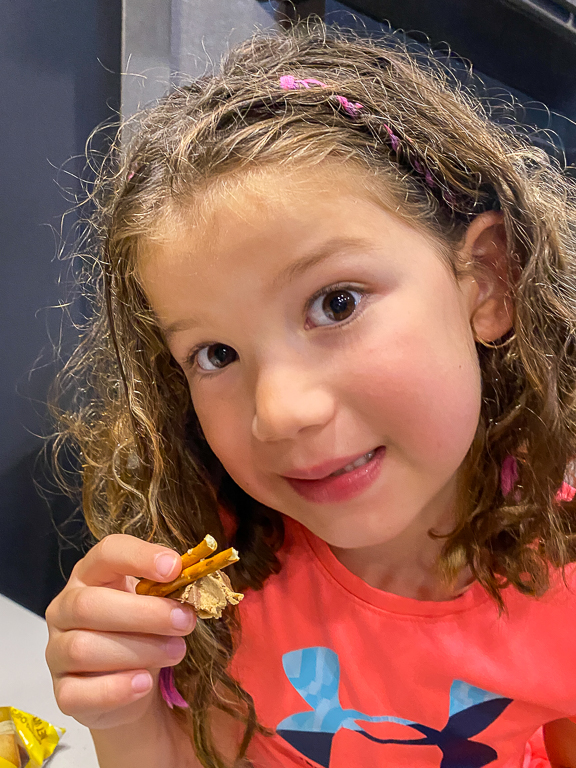 We liked both quite a bit. Either make it yourself with a Reese's Cup and Pretzels, or buy the one with pretzels already inside. You can't go wrong. 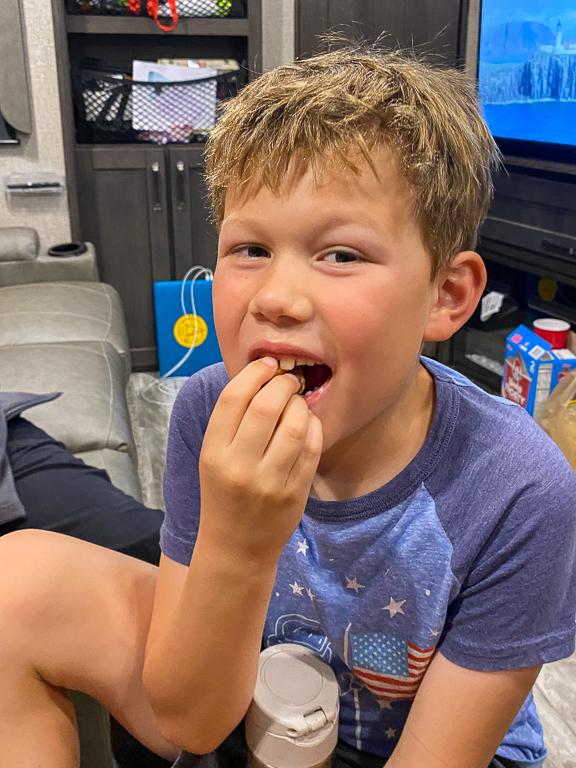 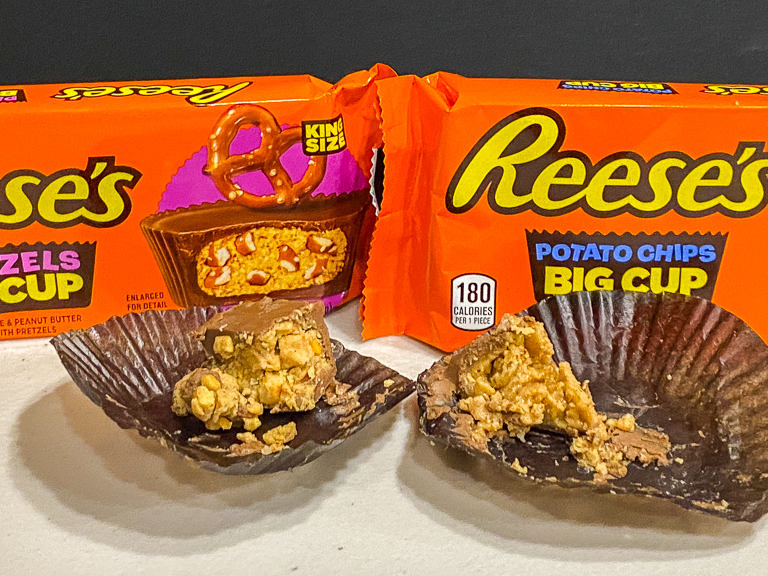