Pizza inspiration can happen at any time! Earlier this morning Alli was asking if she could have a ham and cheese sandwich for dinner tonight. But Alli, tonight is pizza night. You know what? That's a great idea for a pizza! Can you help me make it? 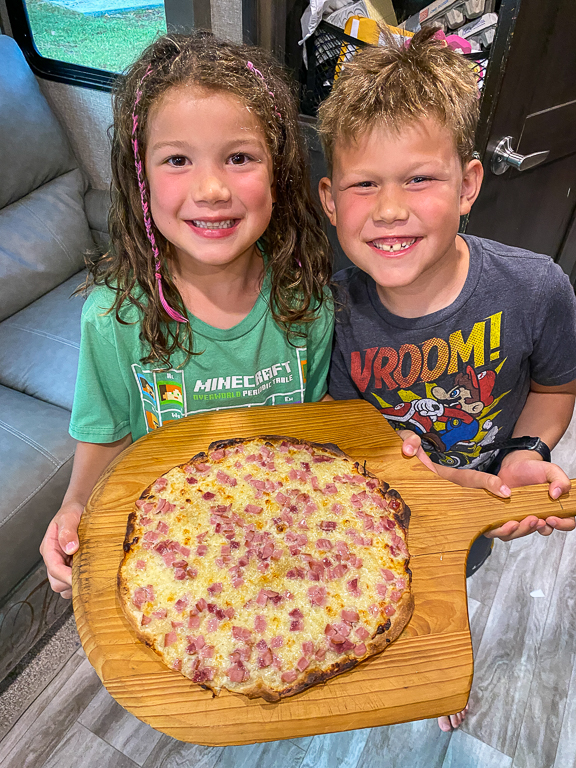 Hmm, what should we use as a base for this pizza? I'll typical use butter on my grilled ham and cheese sandwiches, but other people have recommended mayonnaise. I took a little of each and mixed them together in a small bowl. 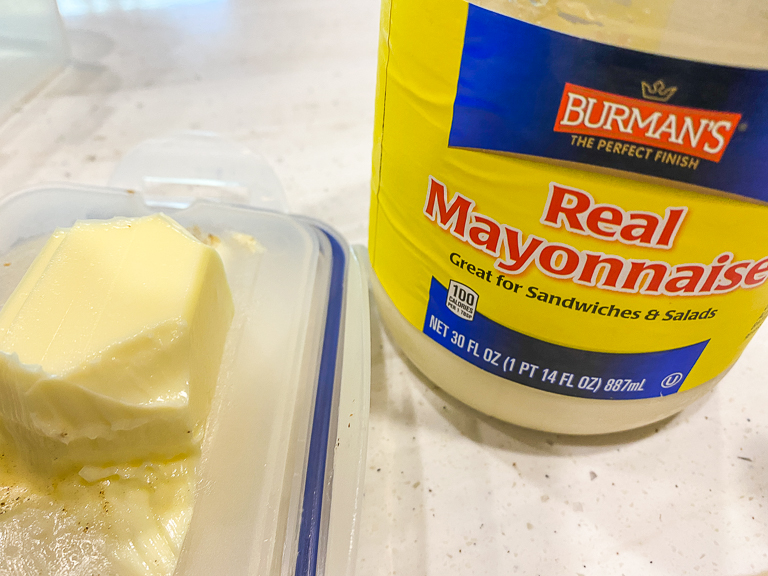 Then Alli was right beside me in the kitchen helping put her pizza creation together. 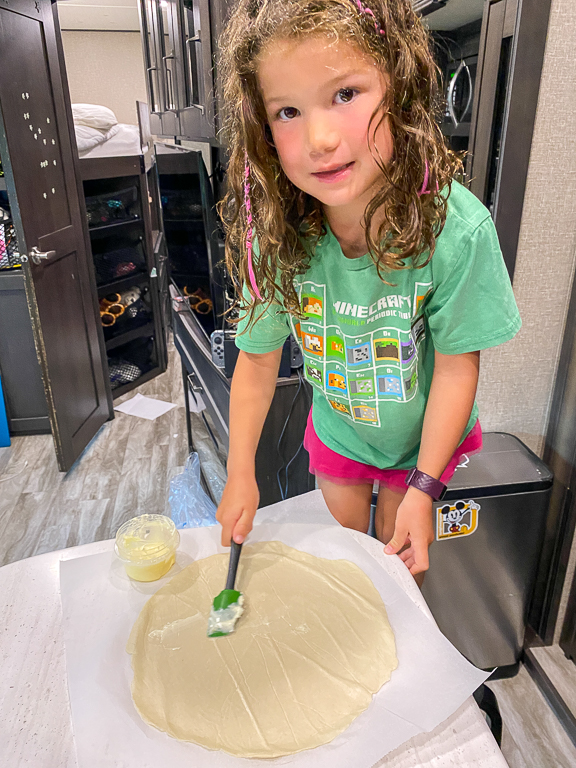 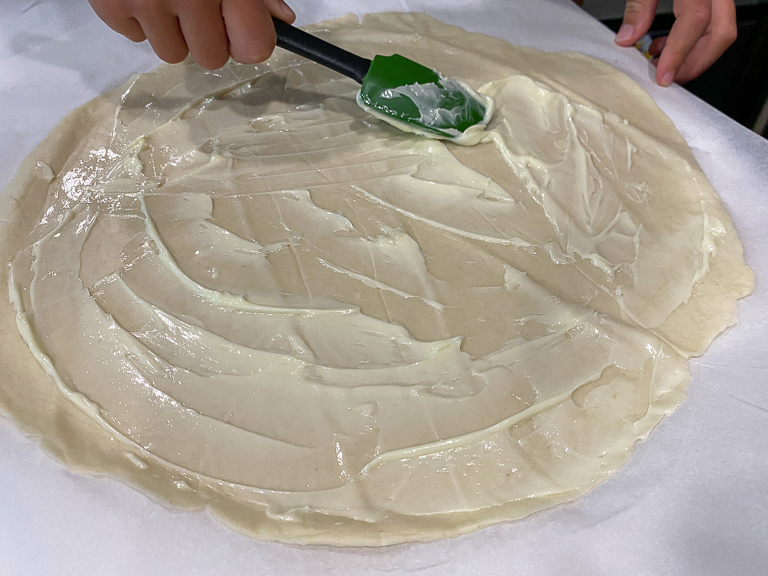 We're going to need cheese. Starting with a base of mozzarella, Alli added some slices of swiss cheese. Perfect! That'll be a good flavor. 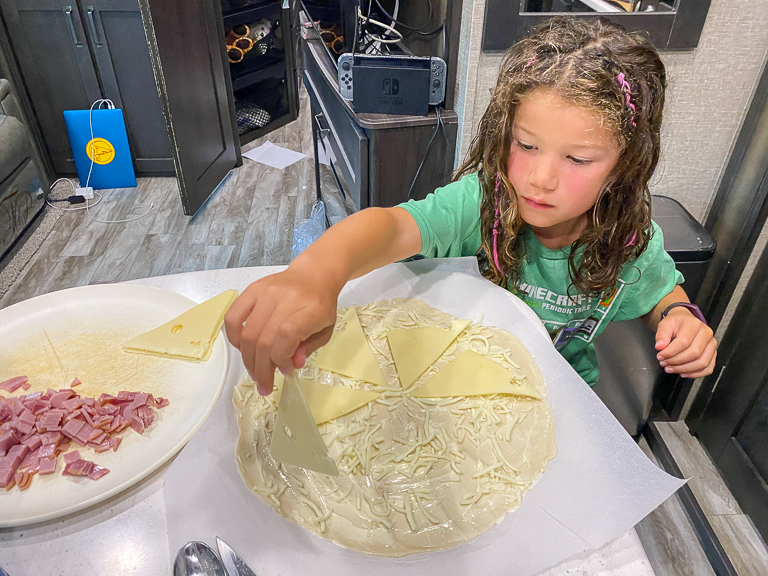 Next comes the ham part of the pizza. Theresa diced it up for her to add as much as she wanted.

And what's this? To sneakily eat as much as she wants too. 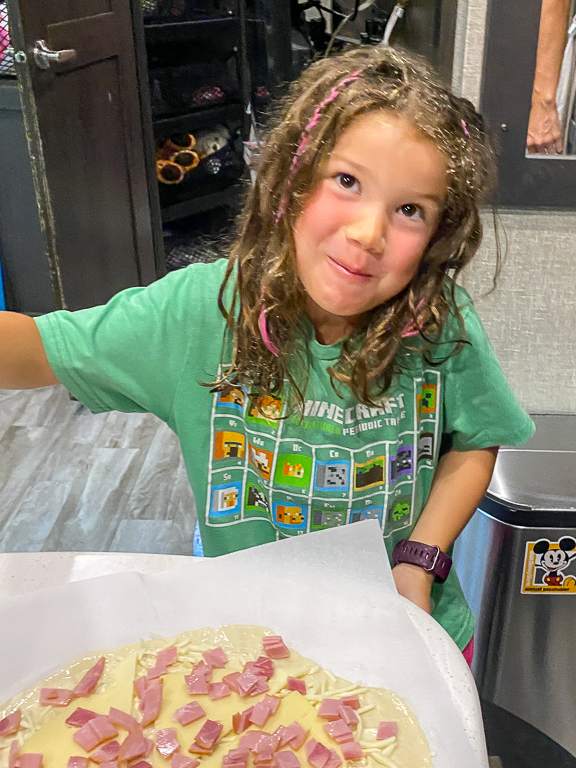 Before it can go into the pizza oven, the parchment paper needs to be trimmed. Alli said she could do that too! Go for it girl! 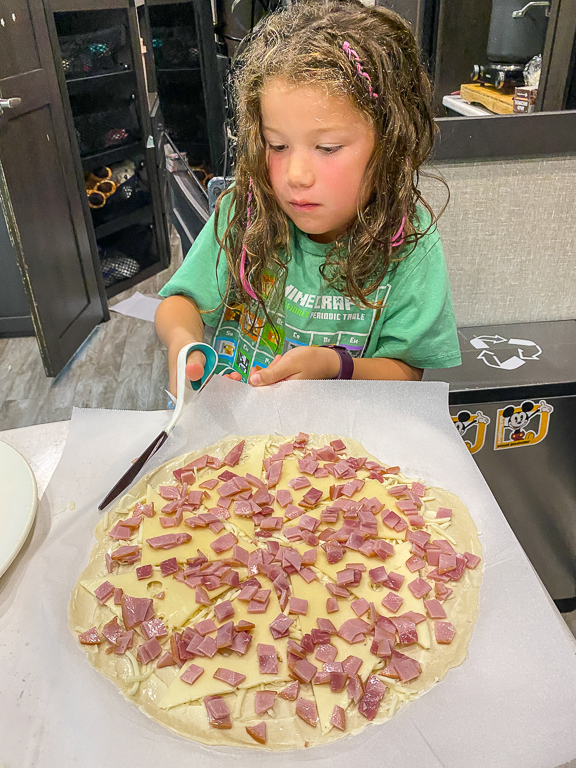 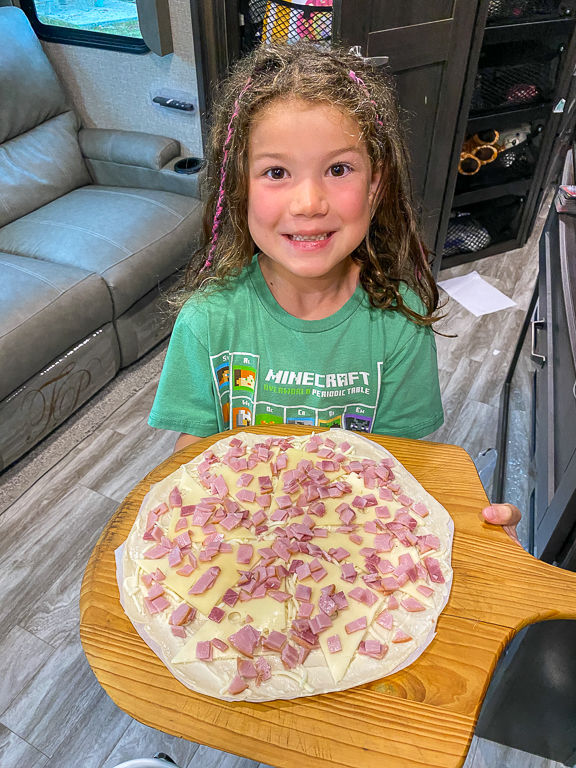 After 8 minutes of cooking at 480F on a pizza stone it was ready to come out. 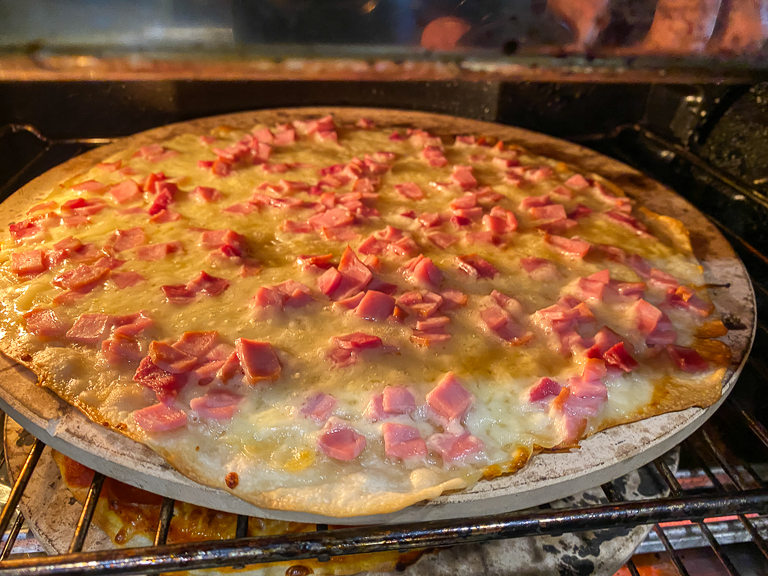 It came out at the perfect time, just as the cheese on top was starting to brown. 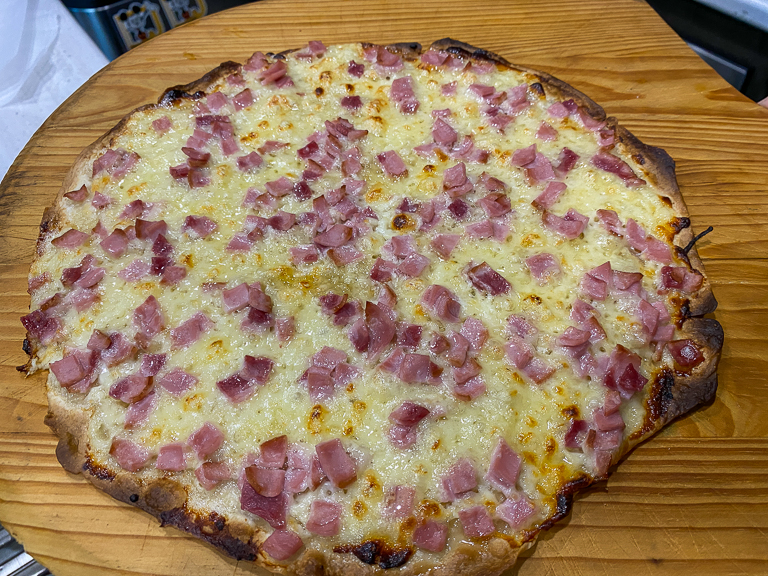 And the ham pieces on top are starting to caramelize too. 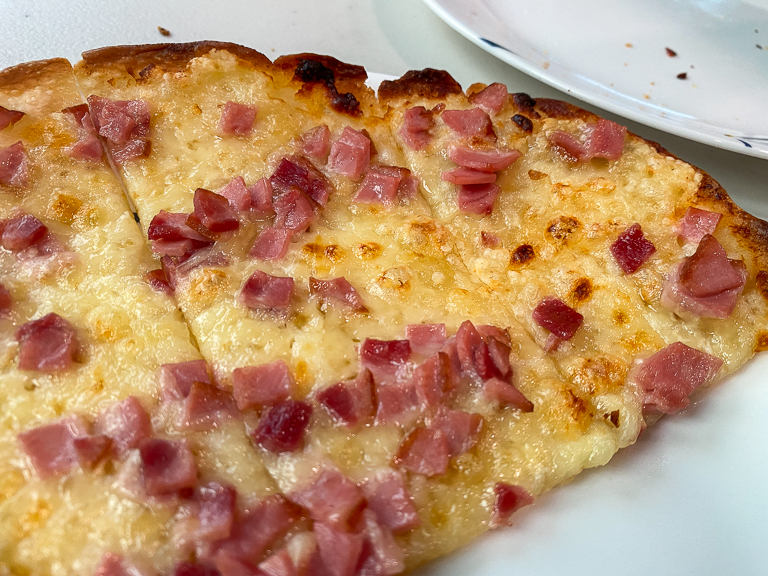 It's delicious Alli! I like the swiss cheese flavor in it, versus the usual mozzarella or even a cheddar. And the butter/mayo combo on the bottom gave it a rich and creamy flavor. 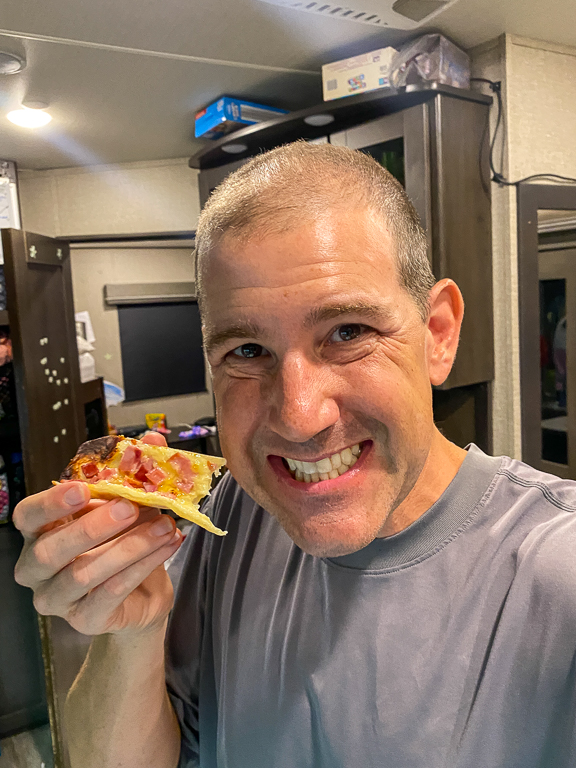 But what does Alli think about it?
Ten fingers up!
She said it's not her favorite pizza, but it might be her second favorite pizza. 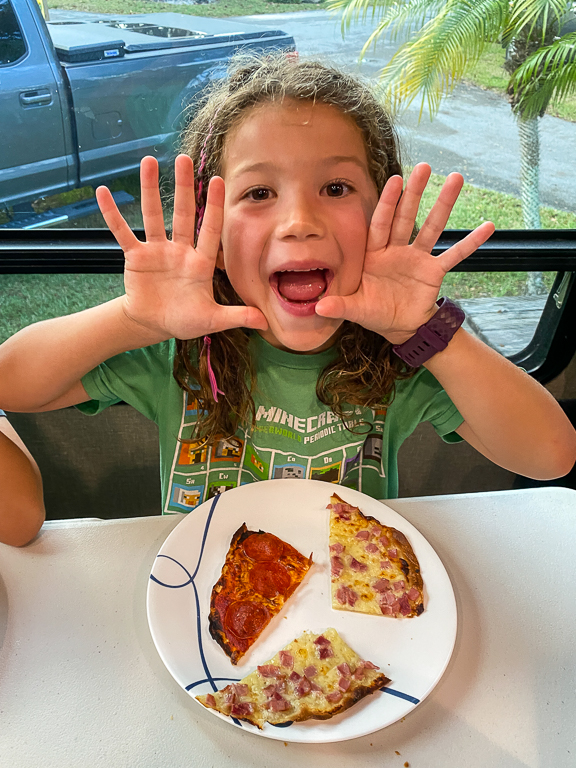