A new kind of Pringles! My brother Patrick found these for me so that I could do a taste test! We do love our Pringles. Like that time we tried 19 different flavors of Pringles at one time! That was a lot of fun! 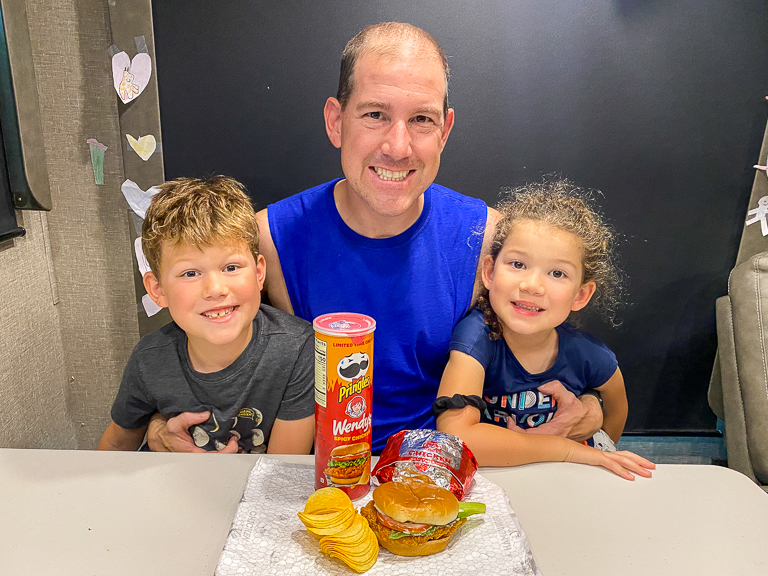 Wendy's has partnered with Pringles to bring the flavors of one of their sandwiches into chip form. This isn't the first time they've done it either. A couple years ago, the Wendy's Baconator was also made into a Pringles flavor. We tried that one too, but didn't care for it much. Let's hope this one is better!
Mister Pringles on the front of the can seems to be sweating from the heat. When we tried the Scorchin' flavors, he had steam coming from his ears. 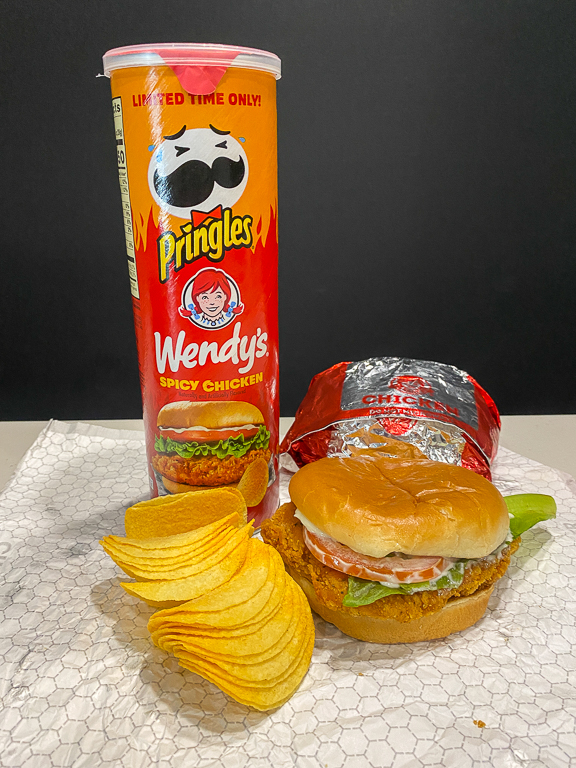 Ian read "Spicy" and immediately didn't want to try them. I pushed, and he decided to go ahead with it. Alli of course jumped right in. 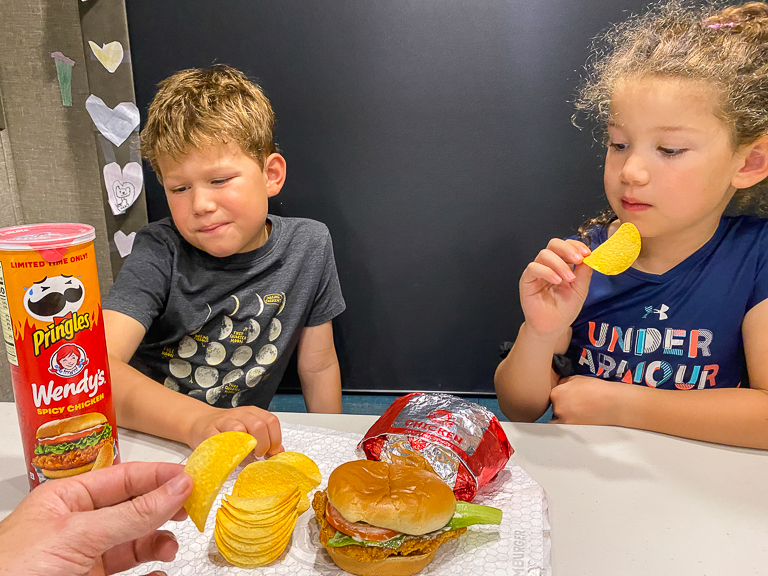 He tried them and...
He actually liked them! I was surprised too. It has a chicken bouillon flavor along with a bit of spicy heat to it. 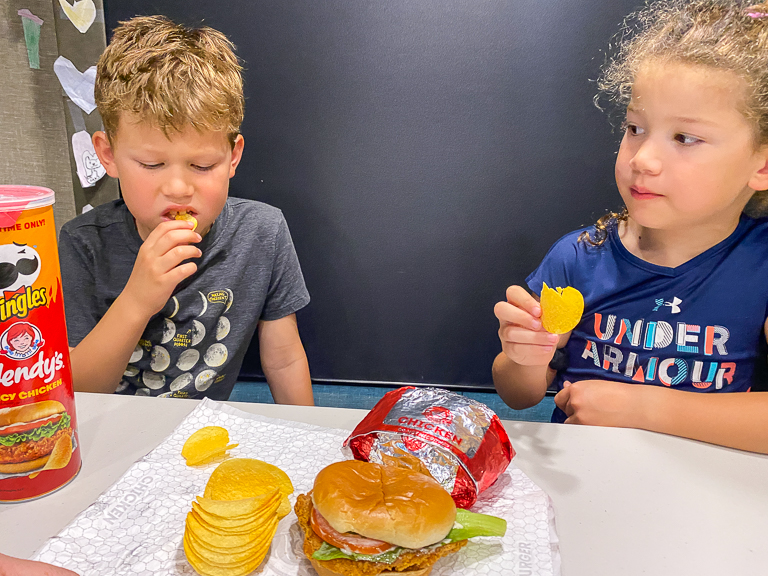 Alli didn't care all that much for the chips. She didn't really say why. Aunt Rita and Theresa did think the chips were better than they expected. Not a favorite, but not bad. 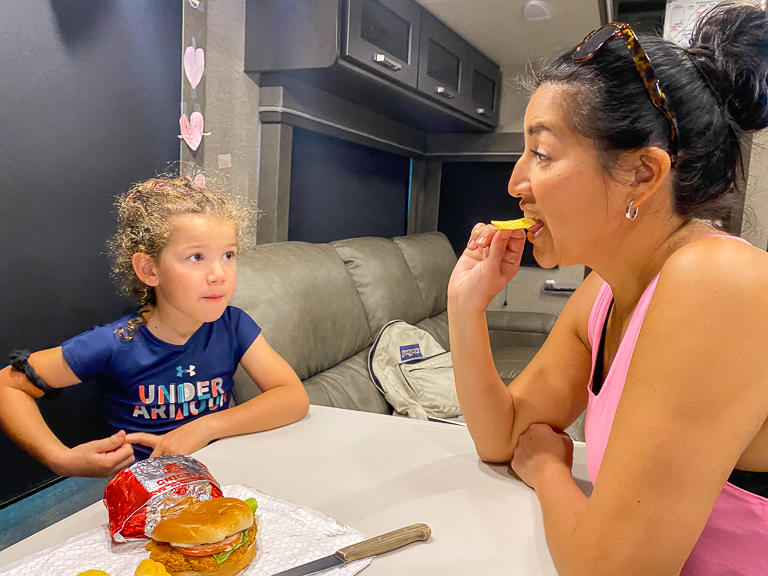 Let's give the Wendy's Spicy Chicken Sandwich a try. These sandwiches go for $5.39 each from Wendy's. Ian knew it was spicy and decided to give it a try anyway. These have a chicken filet, lettuce, tomato, and a big glop of mayo on top. 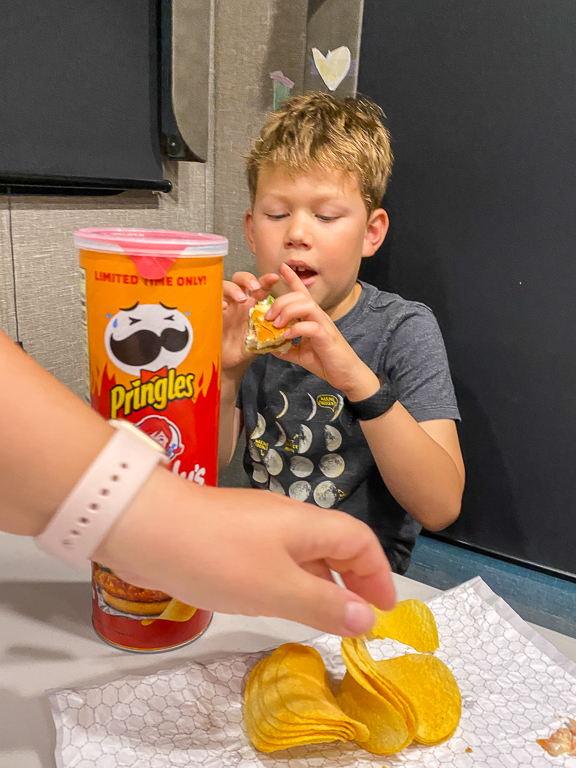 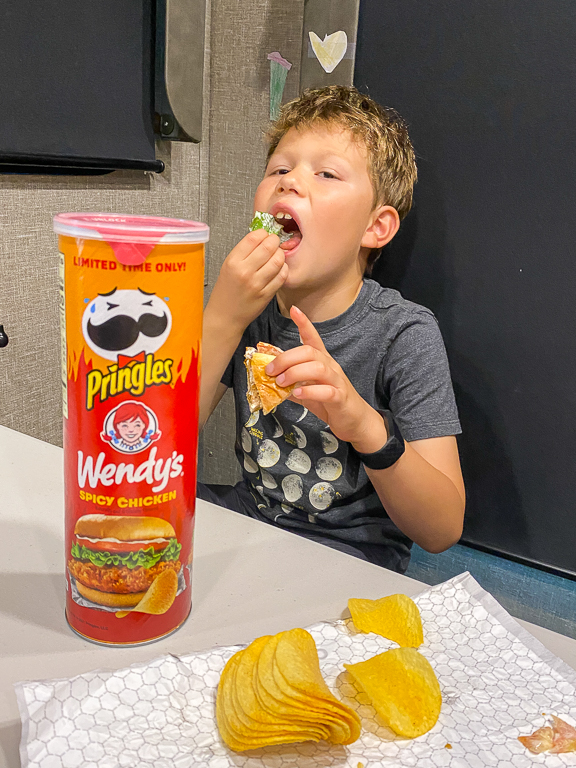 The Spicy Chicken Sandwich actually has a real chicken breast instead of a pressed and formed patty. All the spice is in the breading, and there's actually a little bit of heat to it. 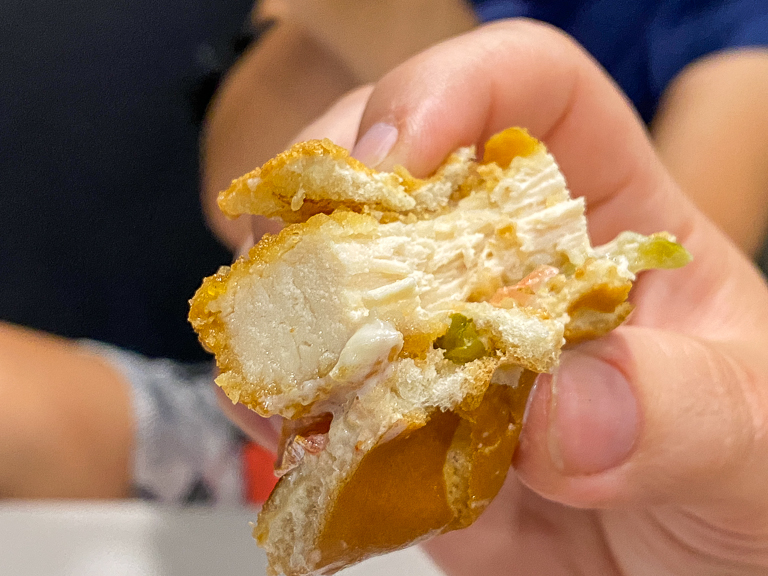 It's tasty, but I still prefer the Chick-Fil-A Spicy Chicken Sandwich.
The chips were a surprise though. They're not my favorite (Sour Cream and Onion are) but they're still pretty good. 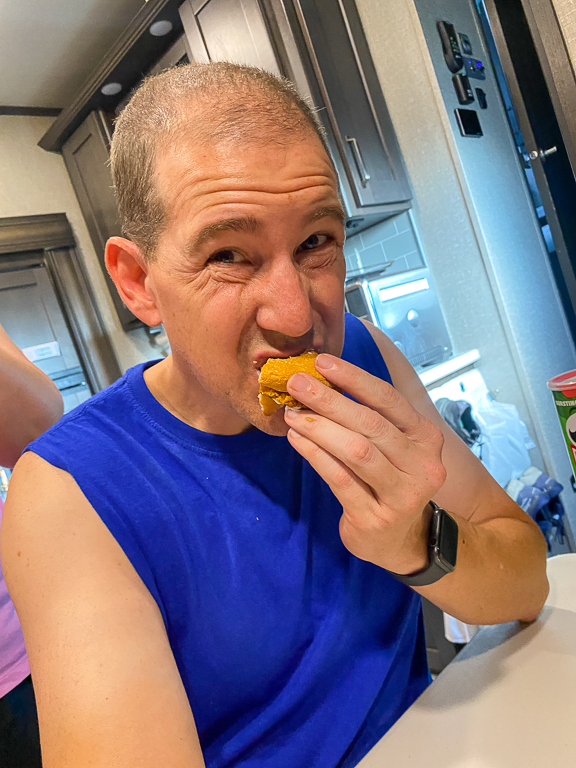