Aunt Rita comes to visit and we do Disney! Pt2

It was fun spending the first part of our day at Epcot. Unfortunately, the park was getting busy and many of the big rides were down. Since we've all got the ability to park hop, we figured why not go see what other parks might have to offer. Let's go wild in the Animal Kingdom! 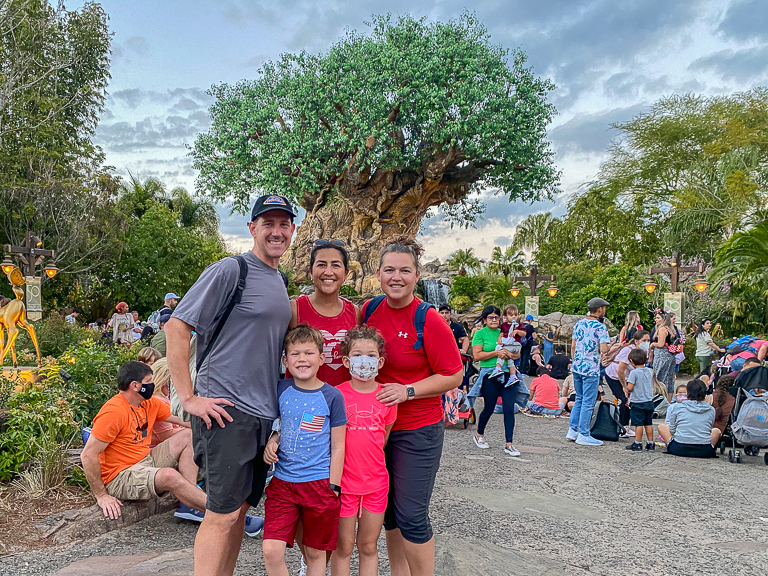 Theresa was minding the app and noticed that one of our favorite rides here, the Kilimanjaro Safari, had been down for a while, but was just now coming back up. If we hustle we might be able to find a really short line! At 4:19 we hopped in the line. 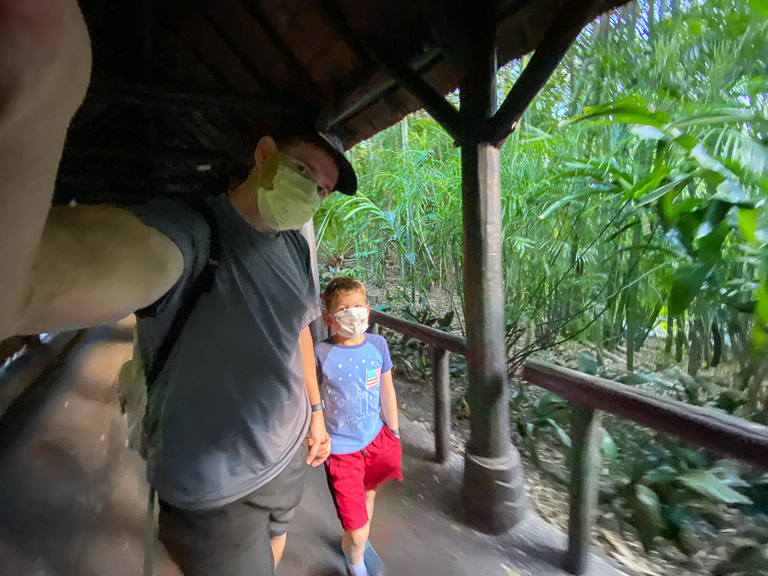 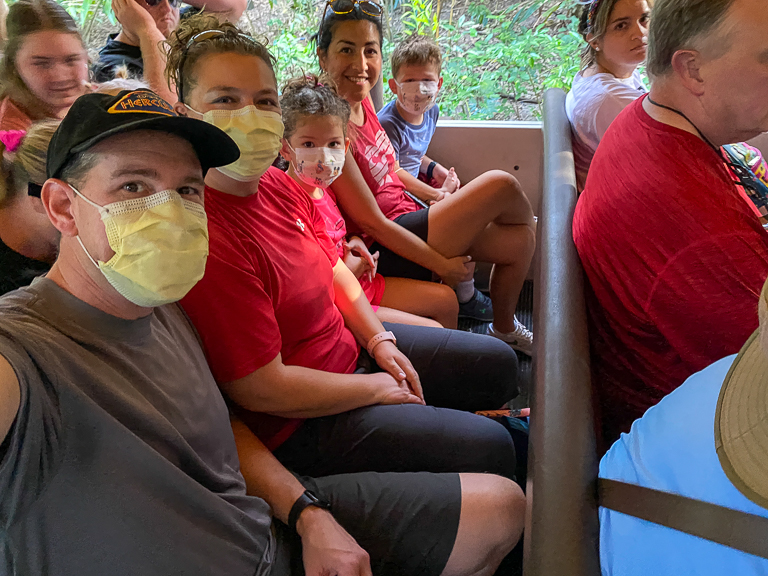 We love how it's always different! 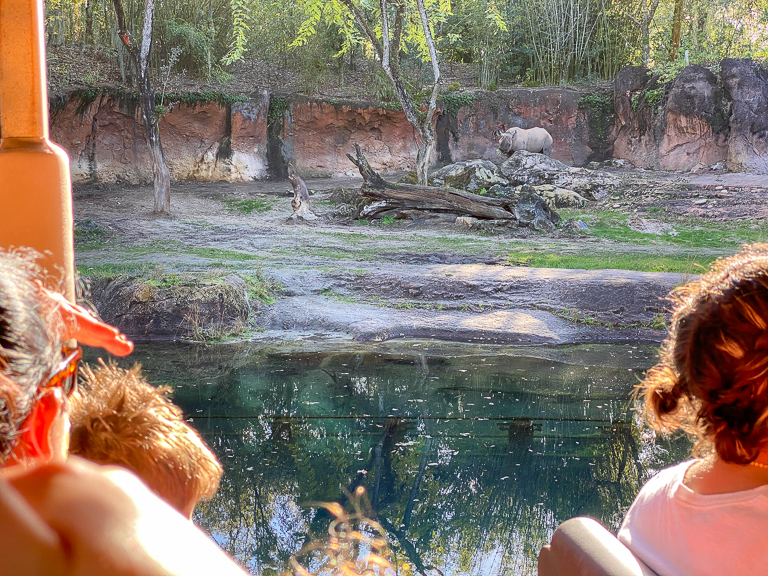 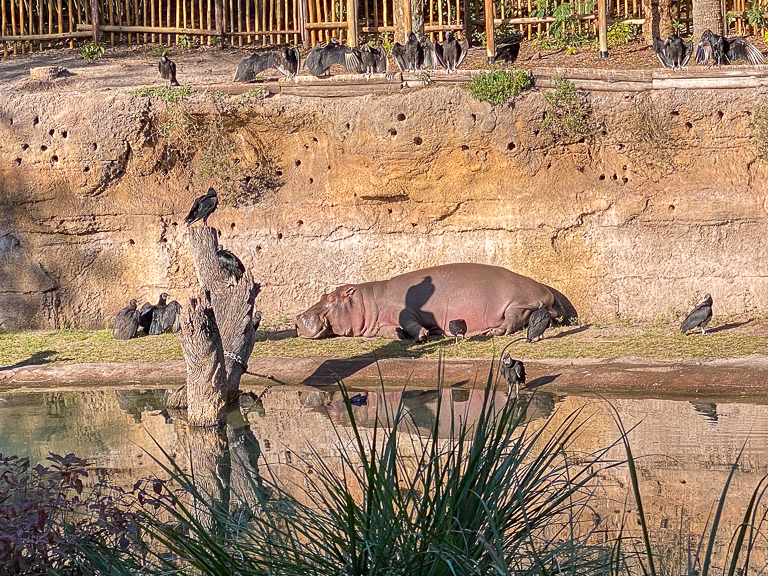 I remember on a previous trip when a giraffe was right next to our truck and stuck his head in. I wish that would happen again! 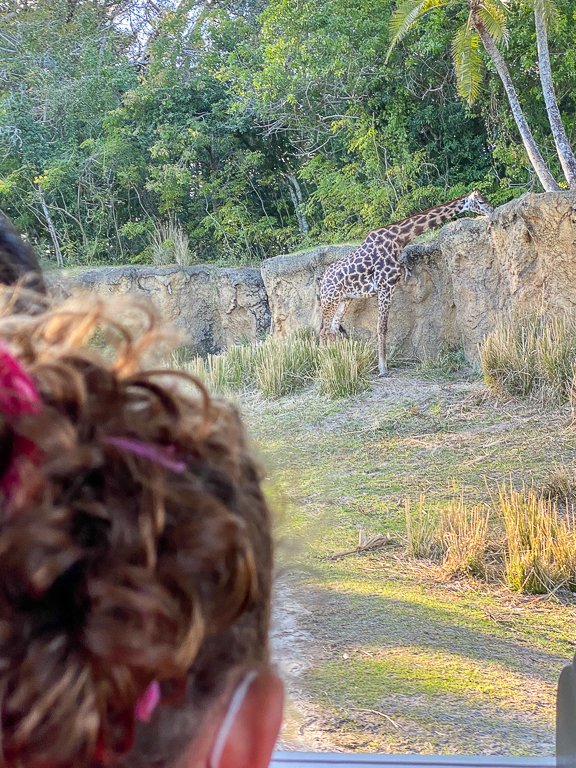 It's always fun to see the animals. 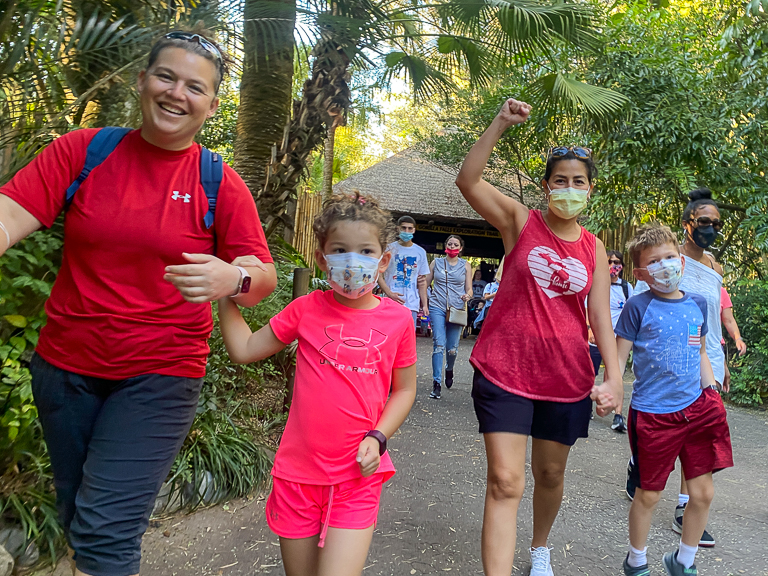 Walking over to our next ride, we came across some of the Live Music that we love hearing at Disney. Theresa is learning the guitar right now. The Sitar looks even more complicated. 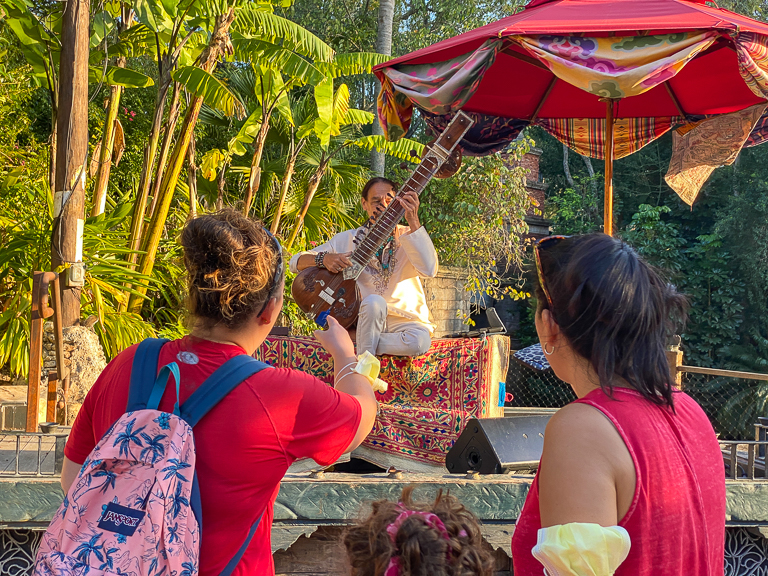 Ian was really excited to go on Dinosaur again. We went on it the first time ever with Jacob a week ago. Now we're going to ride it again, and Ian promised to keep his eyes open. 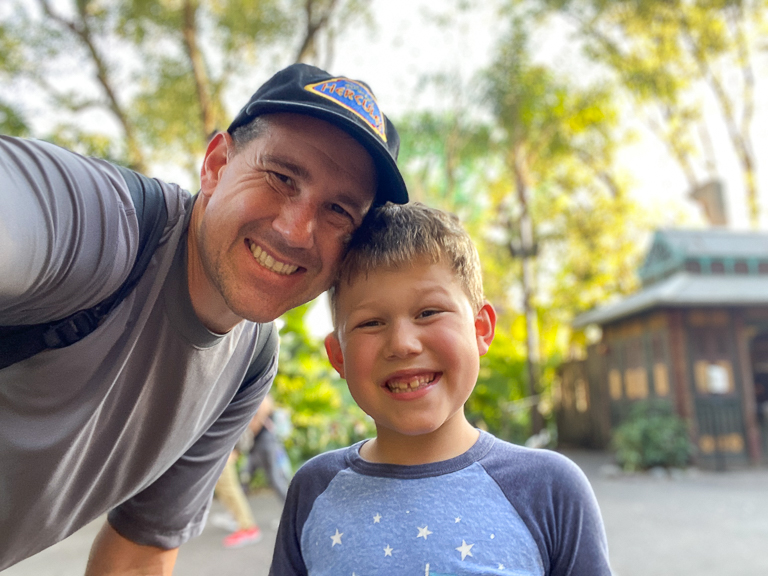 Grammy and Grandpa sent some money for the kids to buy treats along with Rita. What sounds good right now? How about Dole Whip! We hopped in line, but were told it was going to be a little bit of a wait. Their machines haven't cooled down much since the next batch of mix went it, so they're trying to wait for it to freeze a little more. 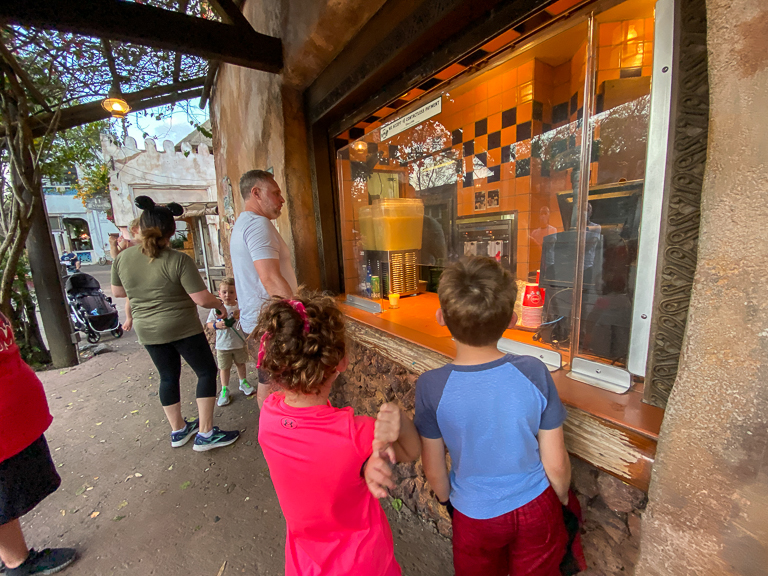 15 minutes later, we were passed these two Dole Whip floats and thanked for our patience. 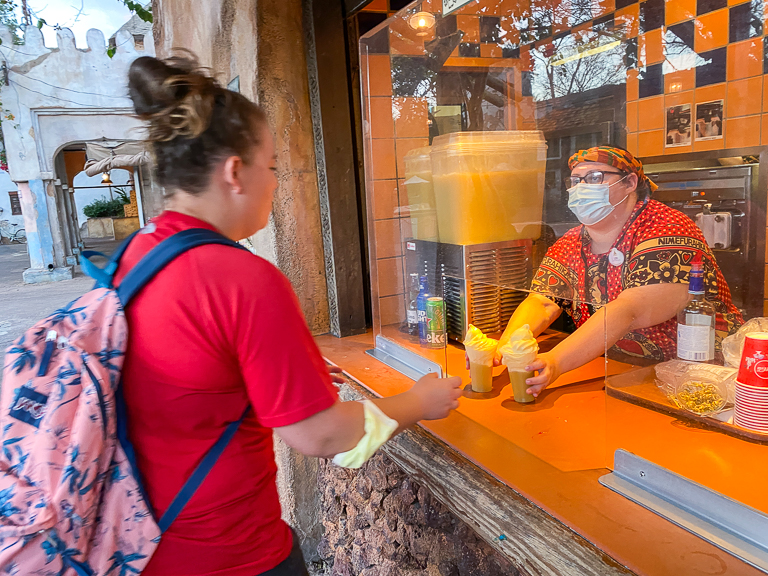 Thank you Grammy and Grandpa! 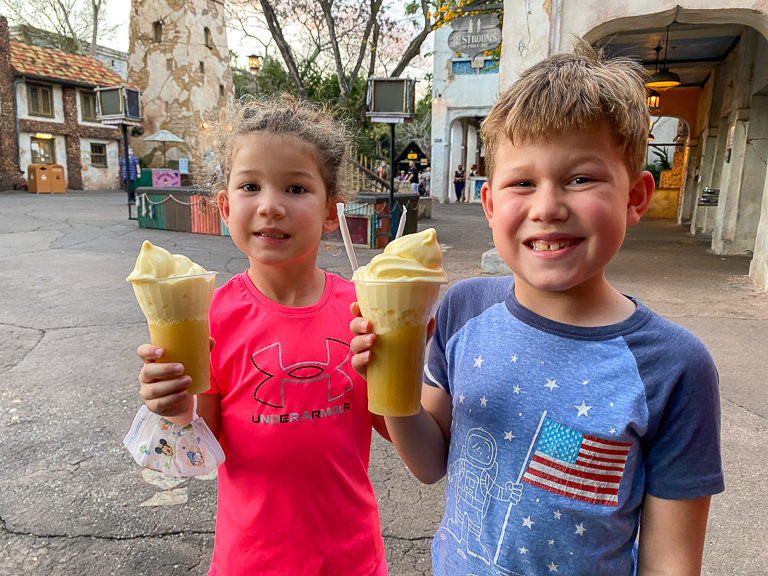 According to my timestamps, this was 30 seconds after we were handed them. I think they probably could have used a little more time in the ice cream machine. Actually while we were waiting, people who had been given their before us passed them back and said they wanted a refund. Understandable. For $6 each, these should be a little bit better. 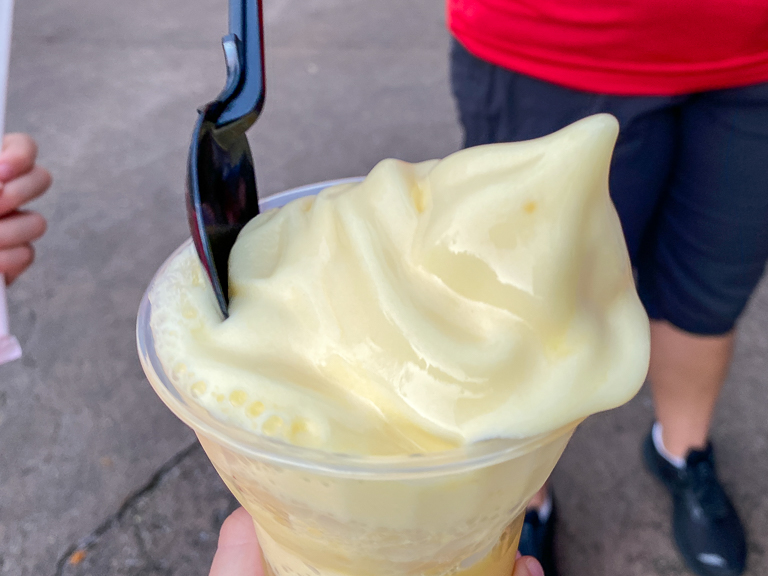 But the kids didn't care. They were happy to have Pineapple Dole Whip. It might have been soup, but it was still tasty. 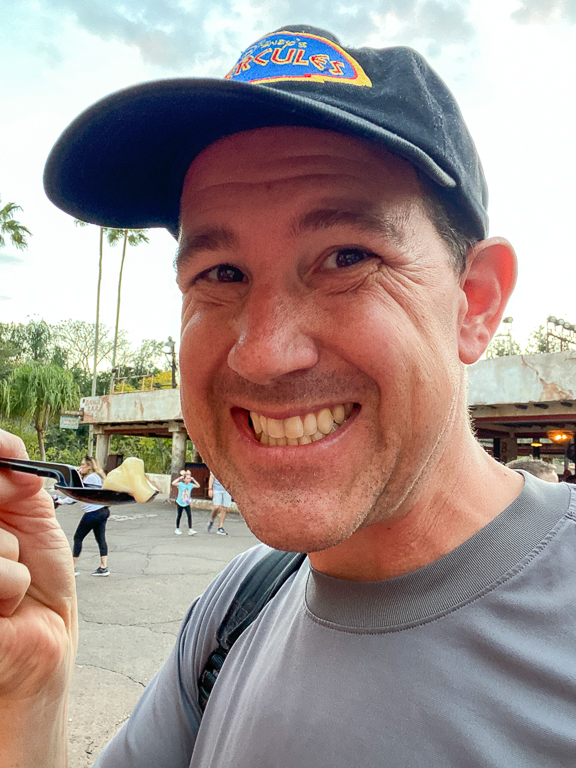 With one last stop at the otters, and the park closing in 45 minutes, it's time to squeeze in one more park before we end our day. 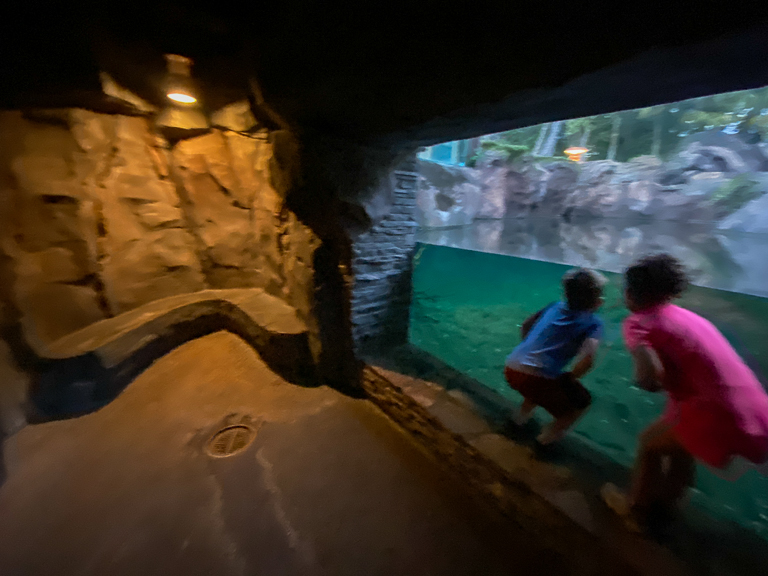 Off to Hollywood Studios! We're going to hit a few rides that Rita hasn't been on before, starting with Smuggler's Run. Who is Hondo Ohnaka? Checking out the Millennium Falcon's lounge with the holo-chess board while we wait. 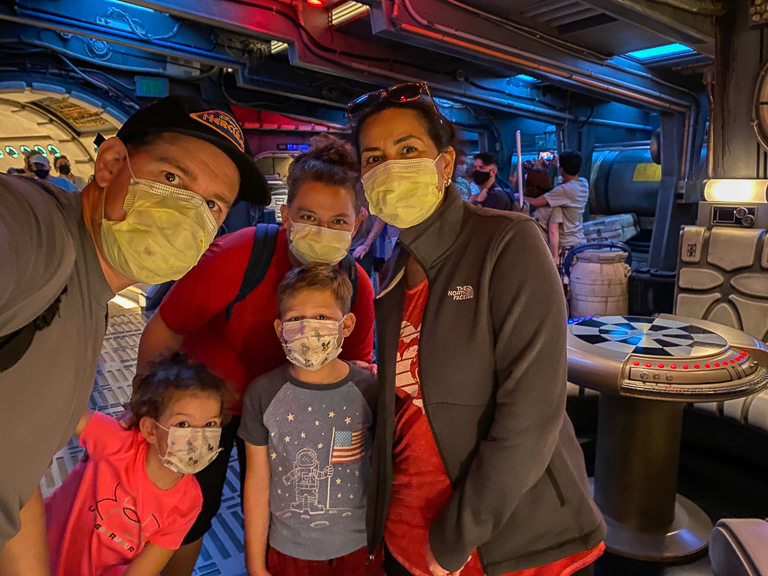 Even with Rita in the cockpit pilot's seat along side me, it was still a bit of a bumpy ride, while we tried to steal Coaxium from the First Order. 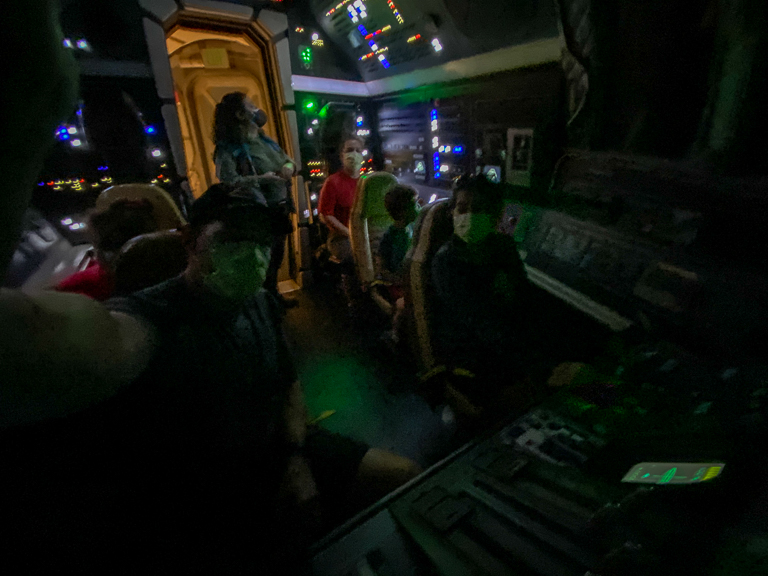 At 8:30pm, we jumped in line for the Swirling Saucers. 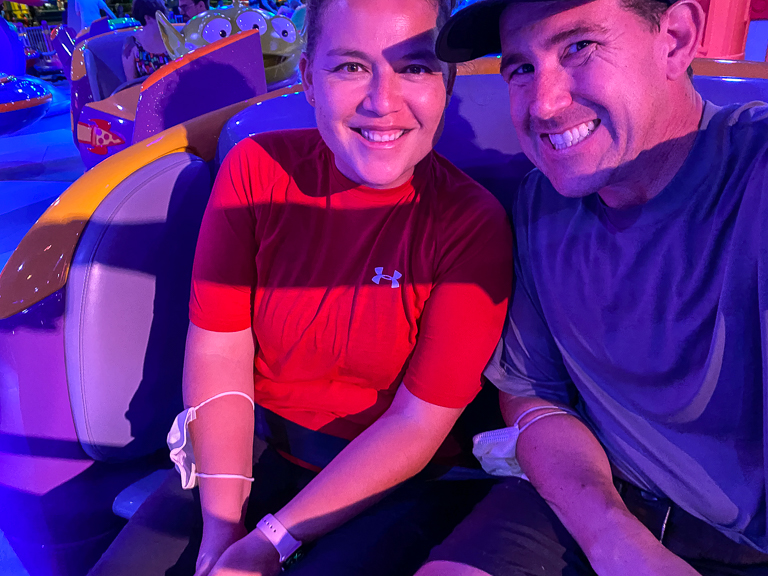 Rita hasn't been on this one before. The kids really enjoyed riding this one with her. To finish our night, just a few minutes before the park closed, the five of us jumped in the line for Rise of the Resistance. 30 minutes later we were on our Rebel ship, trying to get to the secret Rebellion base on D'Qar. 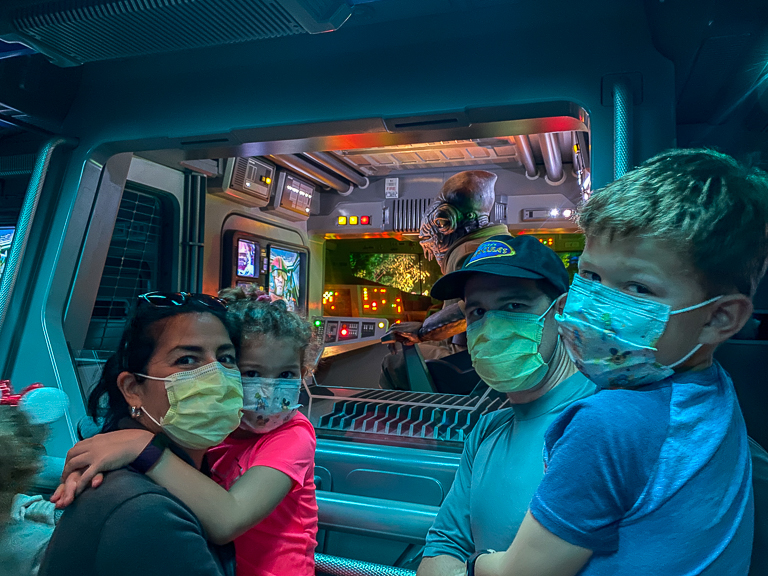 Sadly we're captured by the First Order and led to the interrogation rooms where we are threatened to reveal the location of the Rebel Base we were just told about. The kids and I talk back and forth about not saying D'Qar too loud, and they give me looks if I ever whisper it when a First Order officer is around.
It's a fun ride! 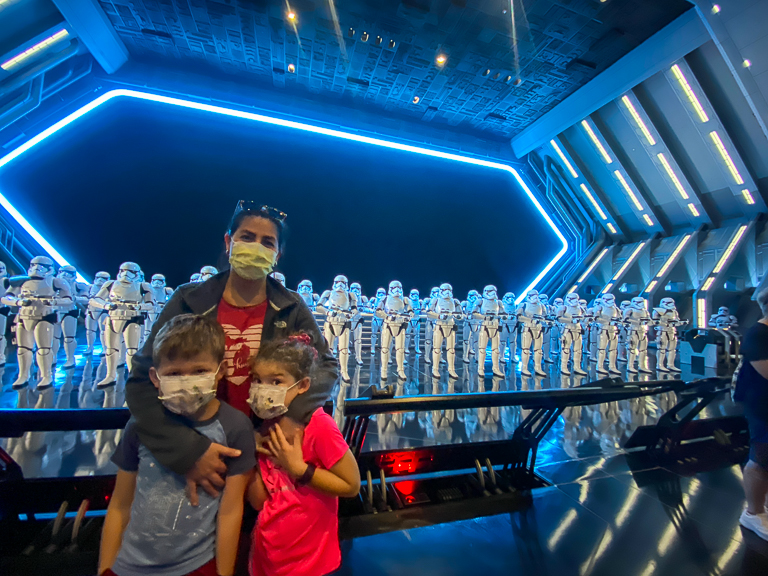 We've had a fun day at the parks with Aunt Rita, going to 3 of the 4 Disney parks! 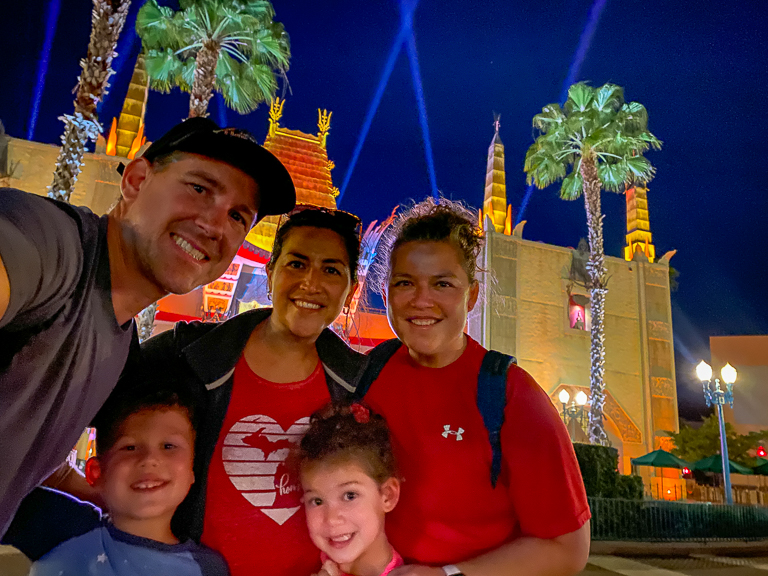