Who is hungry for pizza? I know I am. It's Sunday and yet again, we're doing another brand new pizza recipe. This has gone on way longer than I expected.

Today we're going to make an apple pizza, but this isn't the first apple pizza we've made. Back in 2020, I made a caramelized apple gorgonzola pizza, which was so-so. In 2021, I made an apple pie pizza that was fantastic.

Today's pizza is more of a savory pizza, and not a dessert pizza. I'm making it with apples, caramelized onions, and goat cheese. And because the family has been heaping so much praise on the thin crust pizza, I suppose we'll continue the trend and make it on thin crust again. 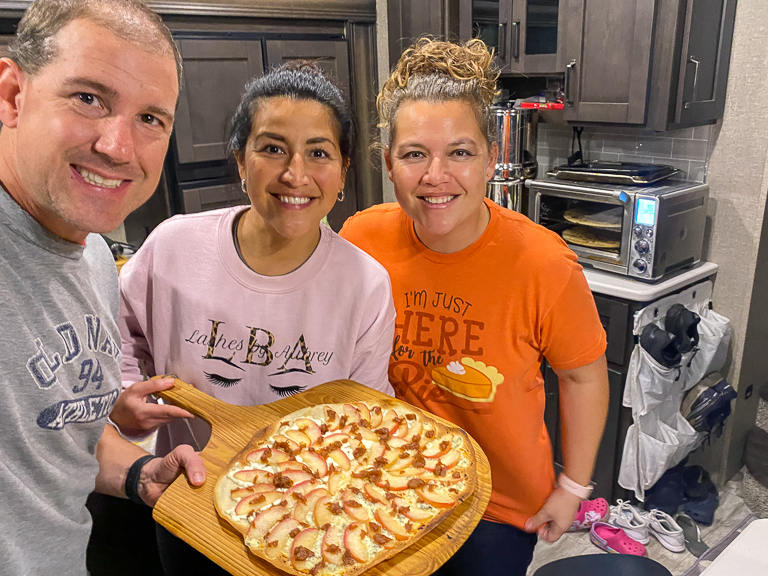 First I make the dough and let it sit for 30 minutes. Even though there's no yeast in the dough, I think it helps hydrate the dough and comes together better when I press it flat. 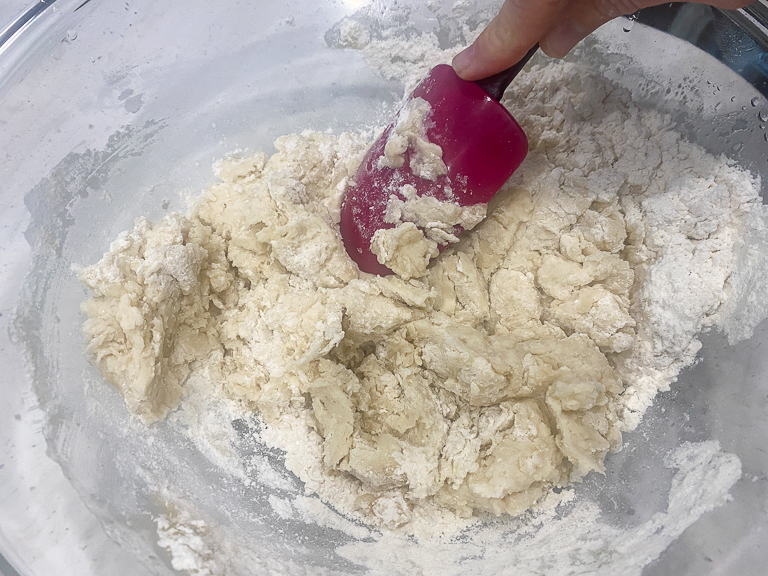 While I'm busy with the pizza, the kids are on their 9th viewing of Encanto. Maybe the 10th? They've watched it a lot. 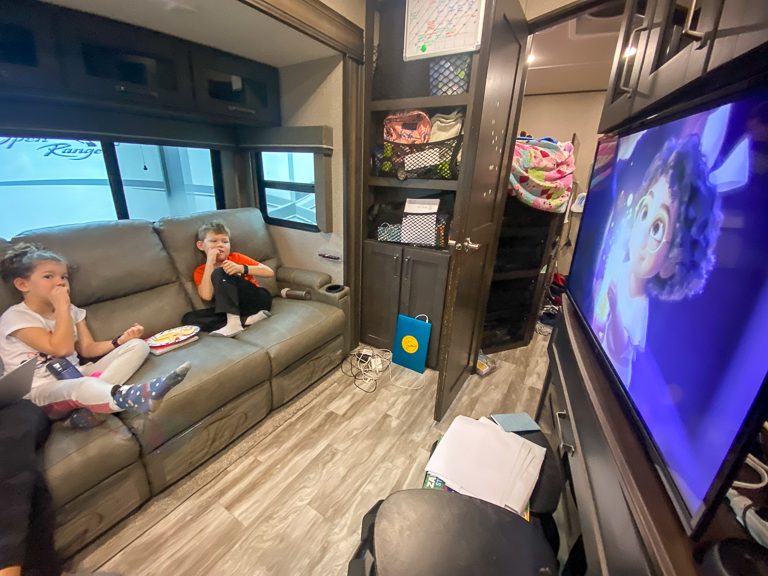 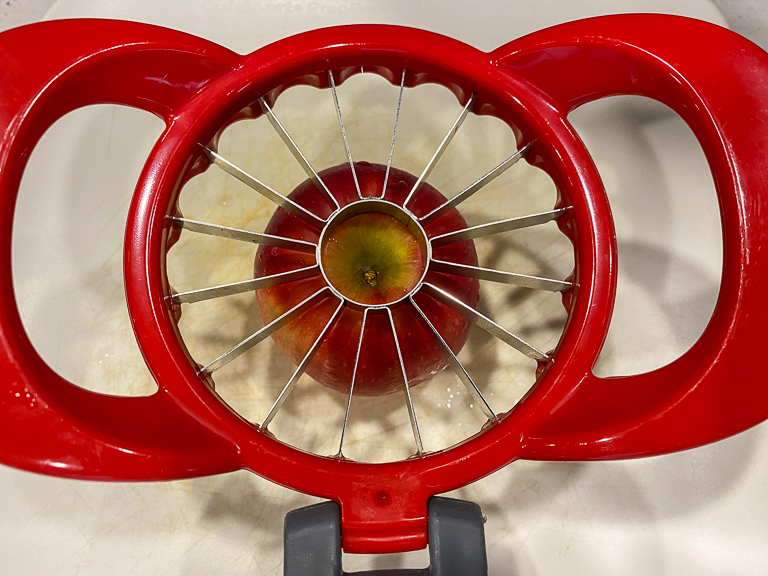 It also removes the core. Theresa took each slice and cut them in half again to make 32 beautiful apple slices from just 1 apple. Those all went into a pan with a little butter to cook a little. 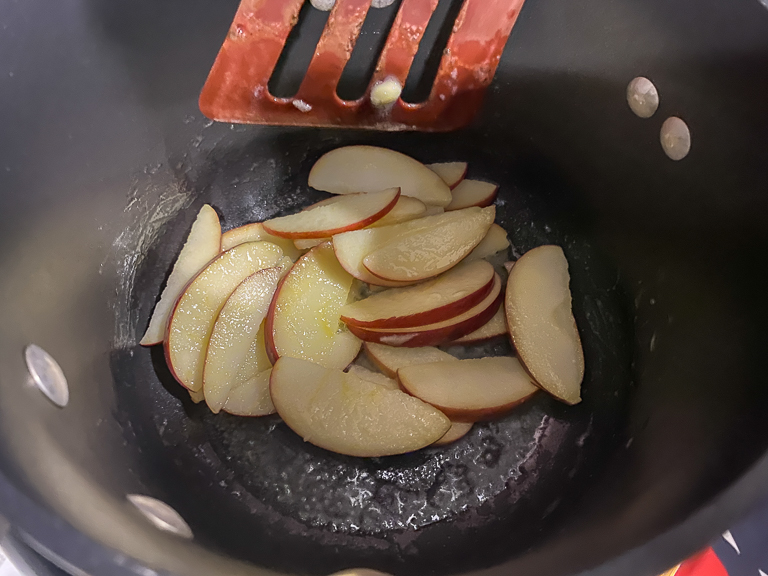 There's no tomato sauce on the pizza today. Just a light coat of oil, with the goat cheese, apples, and caramelized onions on top. 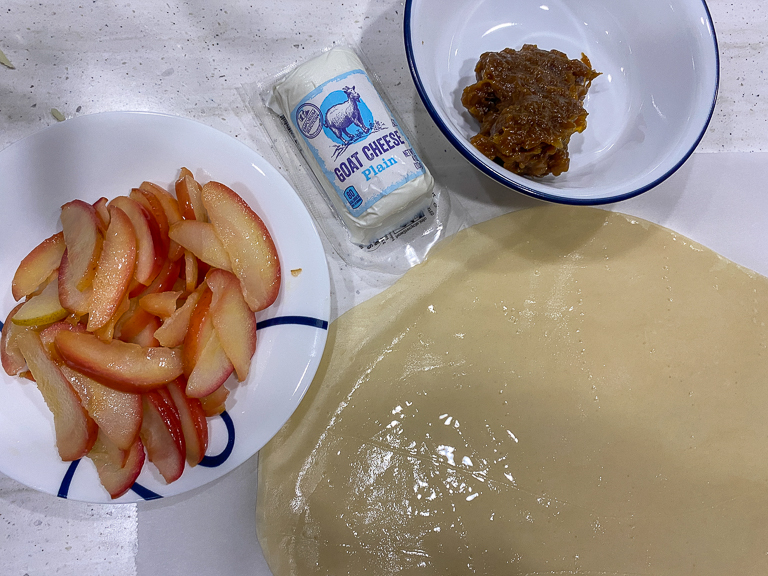 Theresa doesn't like goat cheese, so half of this pizza is going to have blue cheese on it instead. 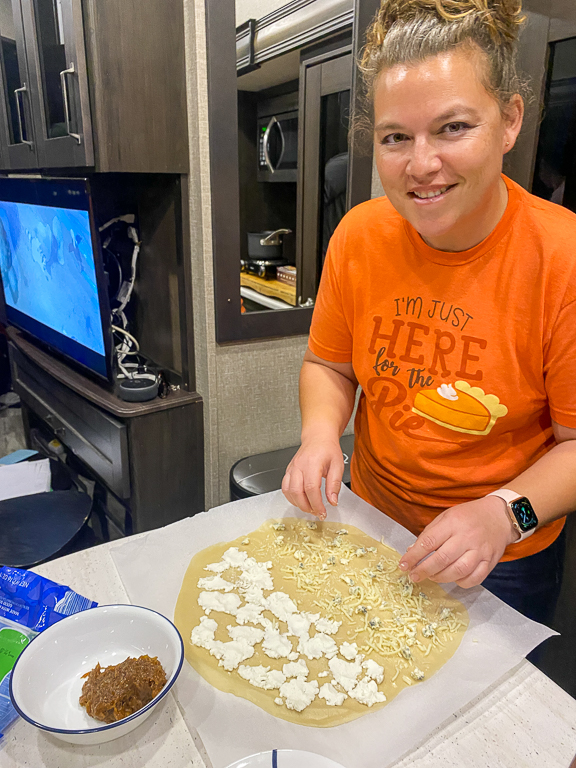 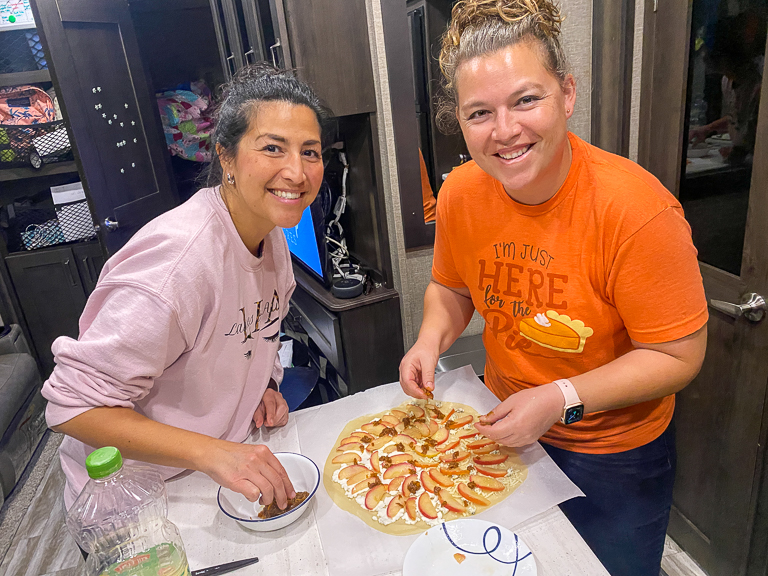 It went into the 480F pizza oven looking like this. 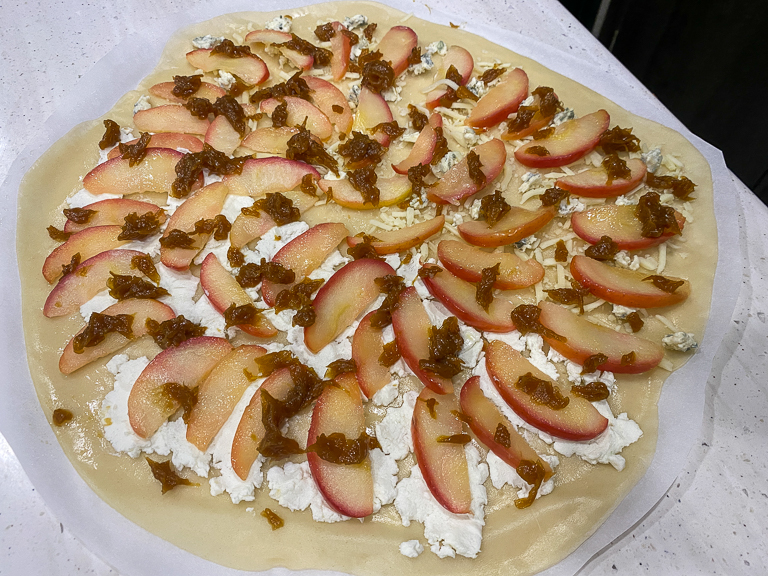 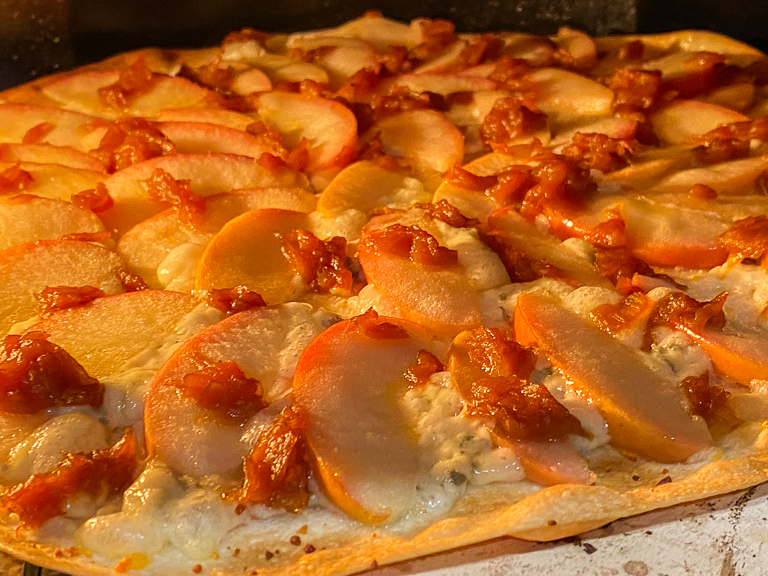 And came out like this. It's got a beautifully crisp and crackery crust on it. 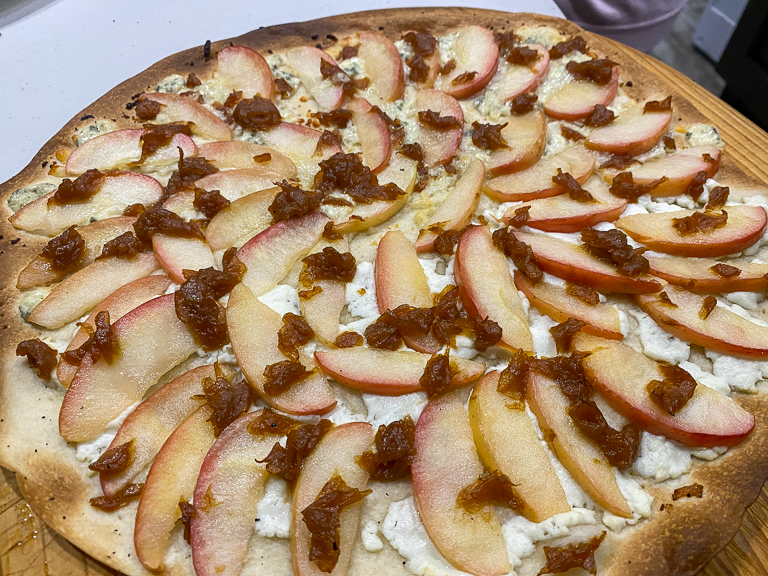 One more thing, to cut the savory a little bit, is just a light drizzle of honey. 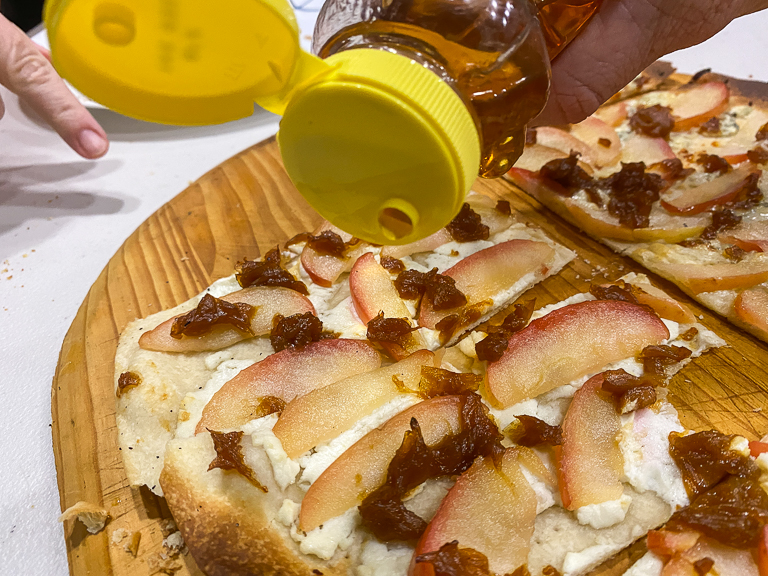 That looks just about perfect! 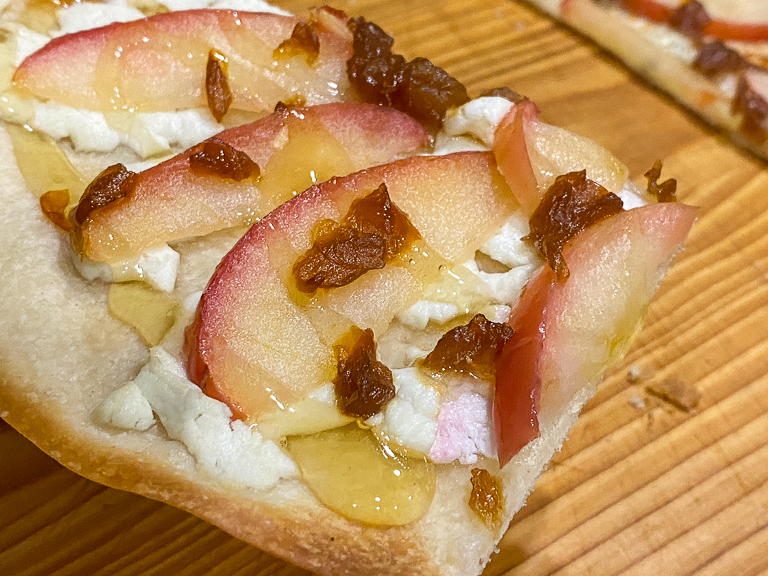 The apple pizza with goat cheese was delicious! Actually it was better than I was expecting. The goat cheese added a nice creaminess, and the honey gave a nice sweetness. 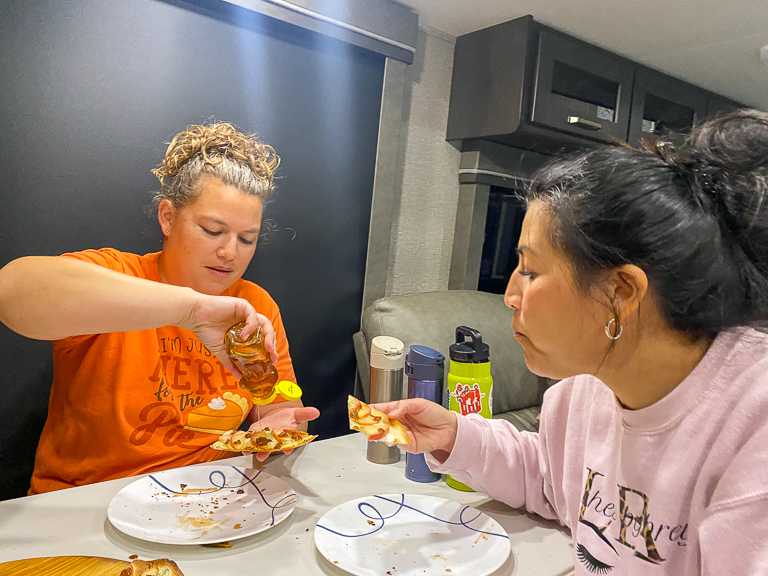 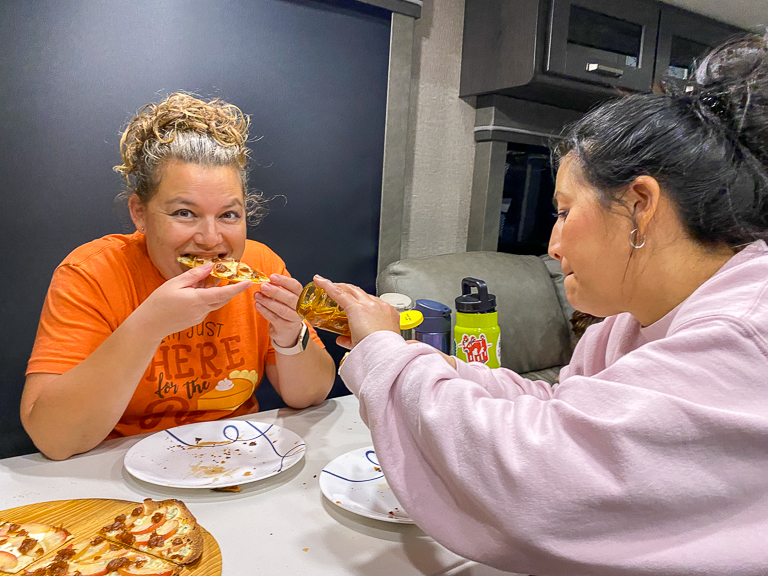 It's not just the apple pizza we're making tonight though. It's also one more pizza for everyone else. The kids of course like their pepperoni and sausage pizzas. 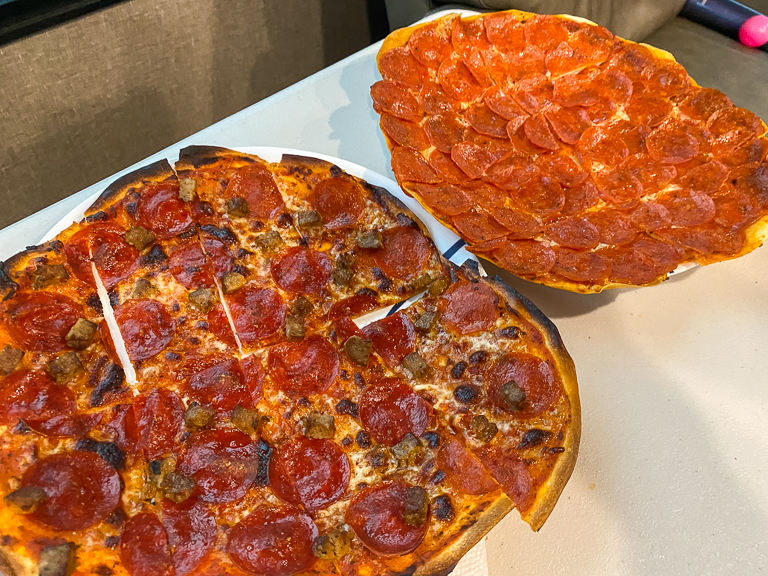 And whatever they don't eat now, they'll eat as leftovers. They love them reheated in the toaster oven. 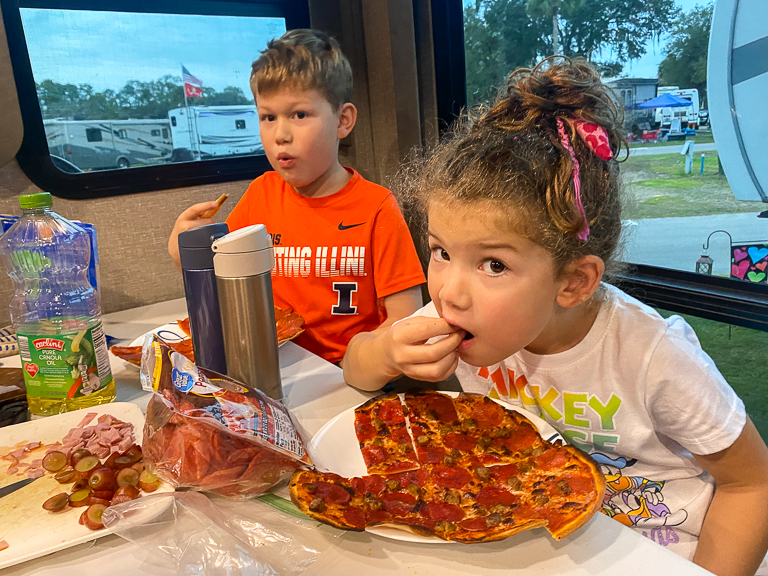 Theresa is also making her specialty pizza. I need to think of a new name for it, besides saying it's a combination of a margherita pizza and a Napa Rose pizza. 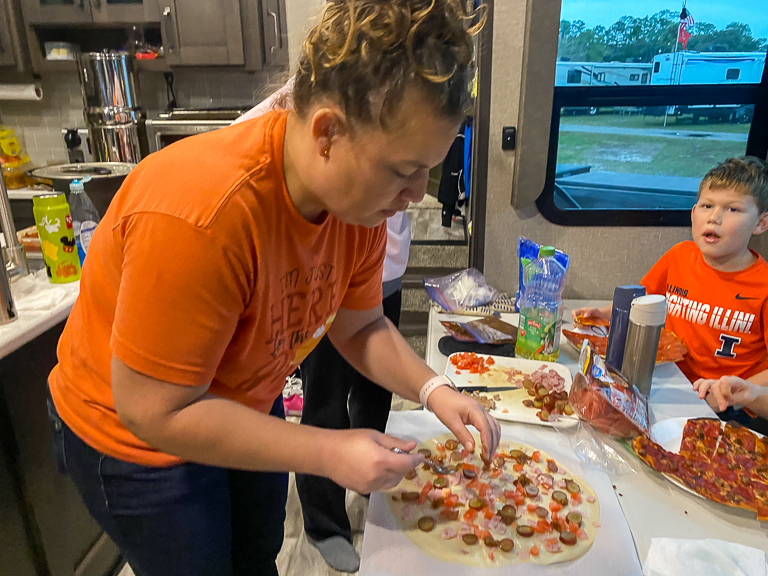 My pizza is similar, but I've added sausage and bacon. 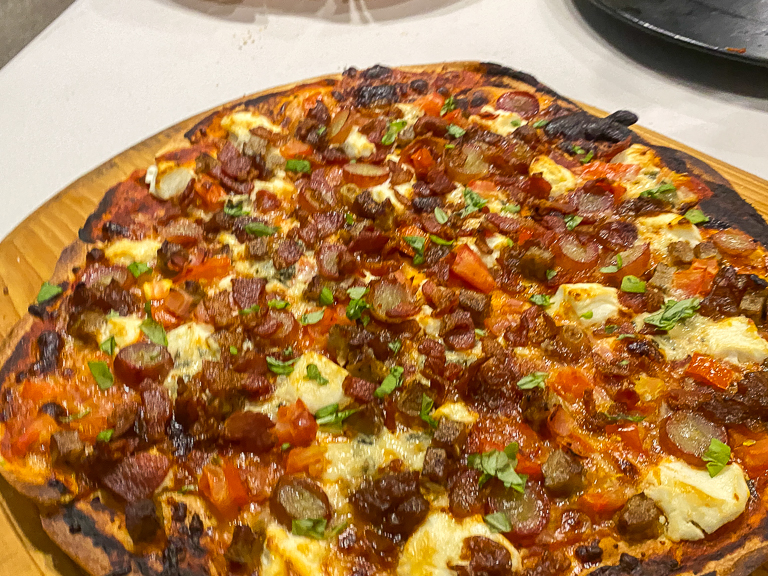 Super crispy. Am I starting to come around and liking thin crust more? Maybe a little. But deep dish pizza is still my favorite. 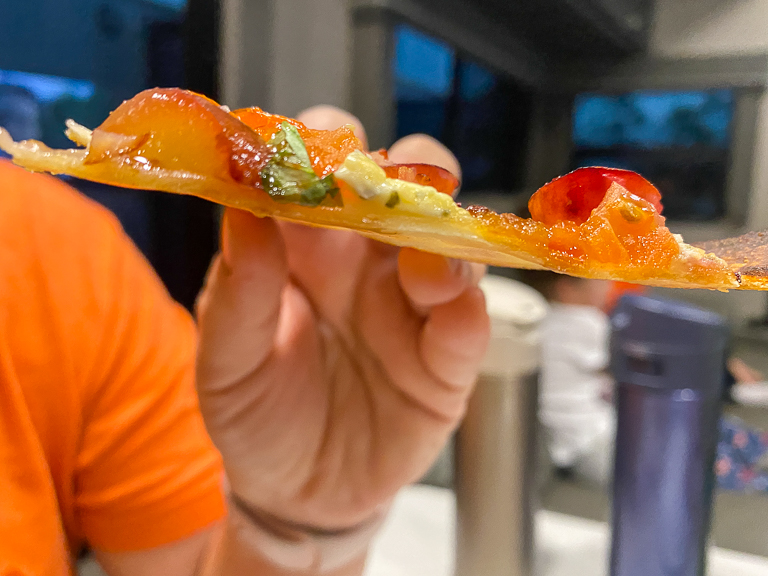