Pat, Megan, and Avery come to visit us in Florida!

We've got visitors! We love having people come to see us out here in Florida! This time my brother Patrick, his wife Megan, and their daughter Avery are coming to stay with us for 5 days! 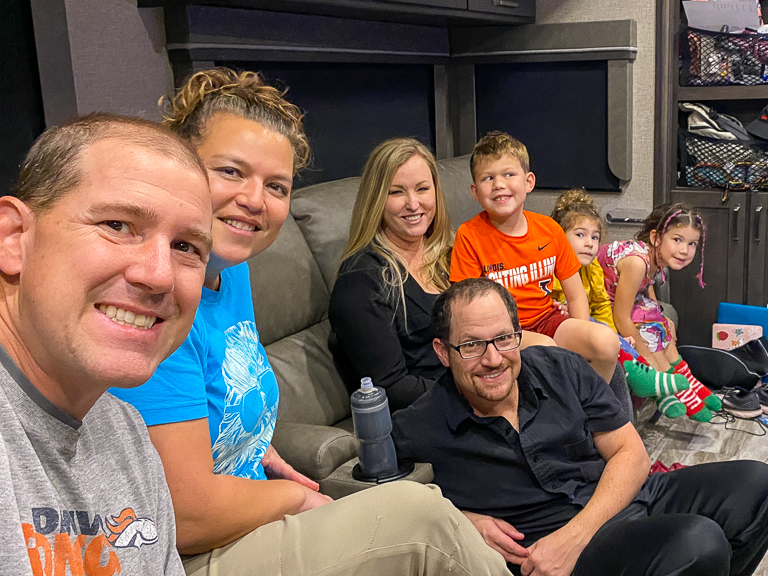 It was a very early start for the Colorado family. Pat and Megan were up at 3:30am local time, and Avery a short time later at 4:30am. Gotta get on that plane to get out to Florida. 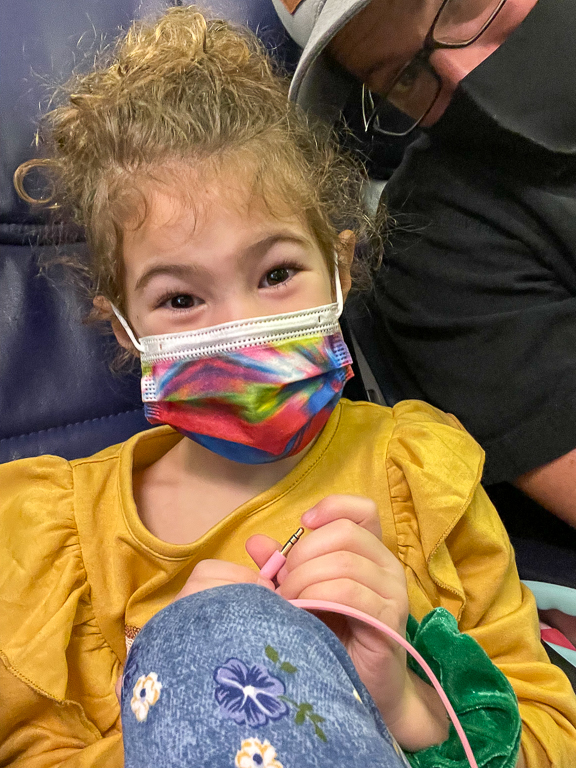 So it was not a big surprise that Avery fell asleep in the car on the drive from the airport to the campground. 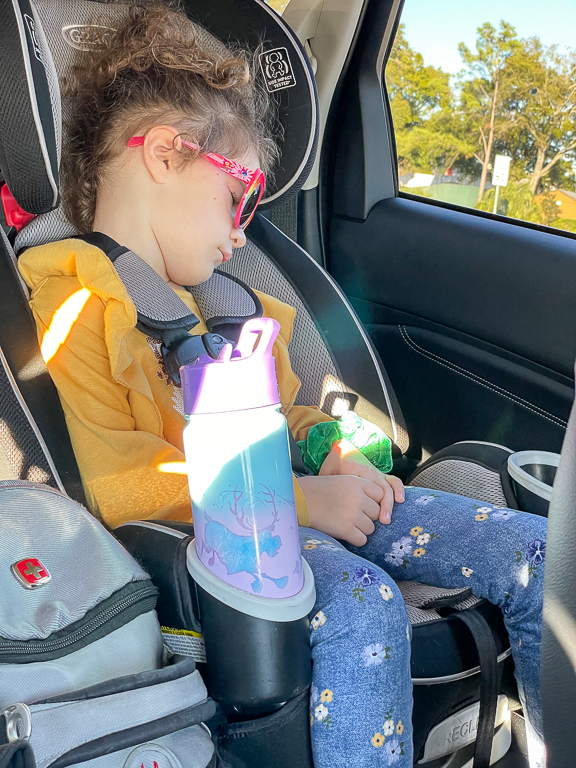 I headed over to the front gates and escorted them in.
Knock knock! Guess who is here!
The kids were so excited! They've been talking about it for a while now. 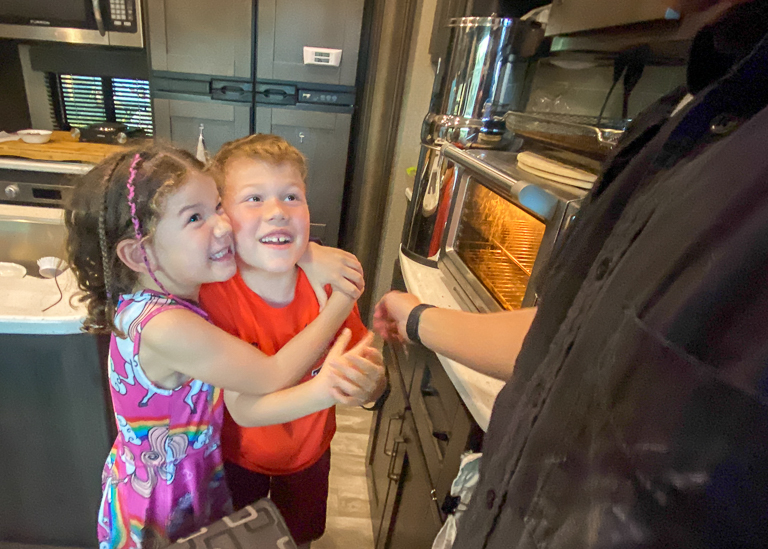 Cousin Avery! The kids made presents for you!
They were trying to figure out how to make a homemade bouncy ball. They started with a Lego because it's hard. Then wrapped it in paper. And since that didn't bounce, they wrapped it in plastic wrap, since plastic is bouncy sometimes. This did not end up making it bouncy at all, but they reframed their end goal to be a soft ball that you could throw at someone and it wouldn't hurt them. 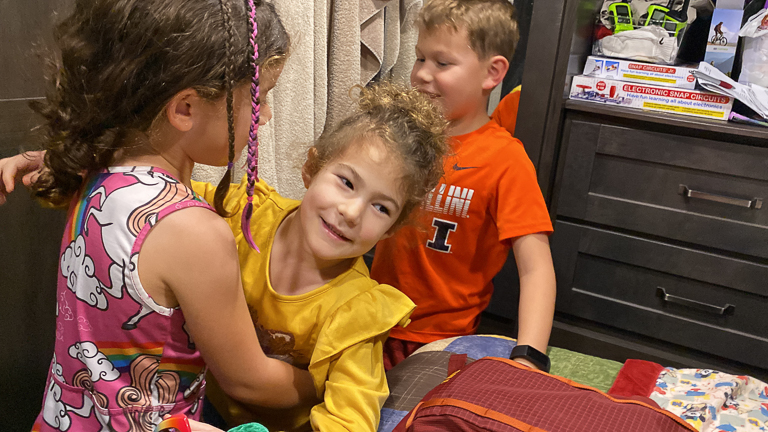 The tortoise who lives in the front yard is wondering what all the excitement is about. We've named him Oscar because he lives in a trash can. 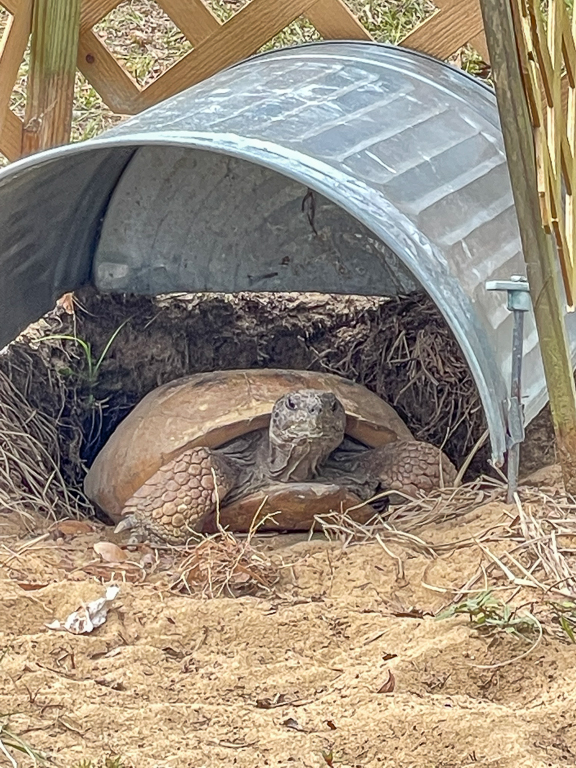 Along with a few other treats, Pat and Megan brought a card from Pop Pop and Gram. 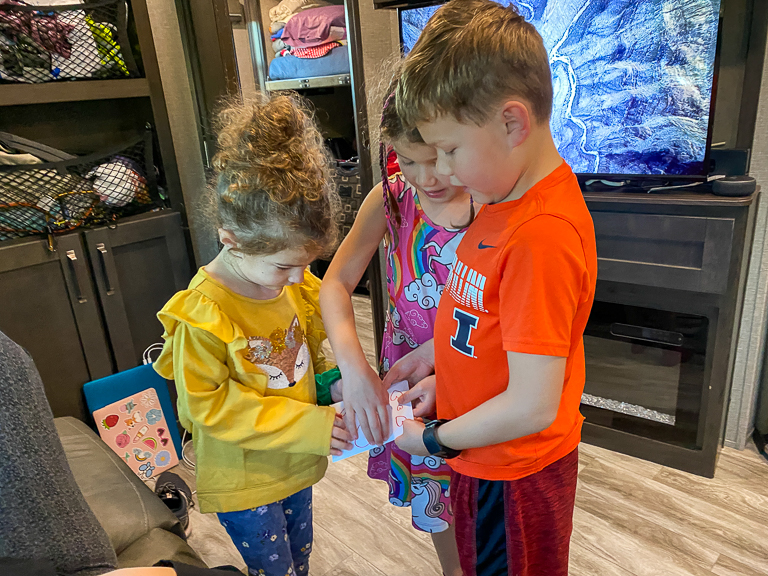 Thank you! Money to spend at the park! 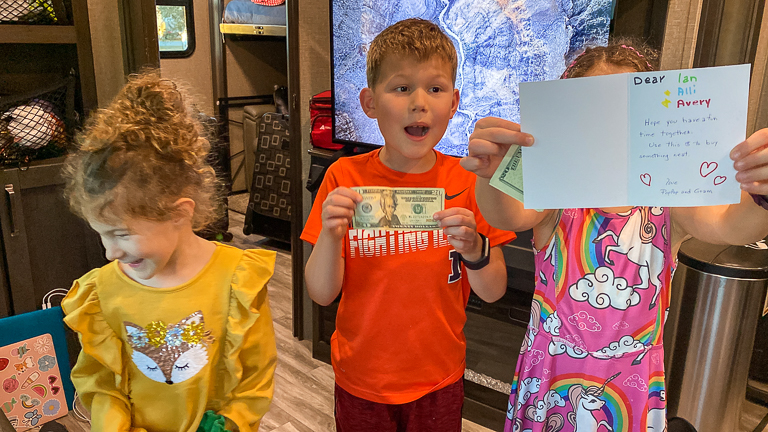 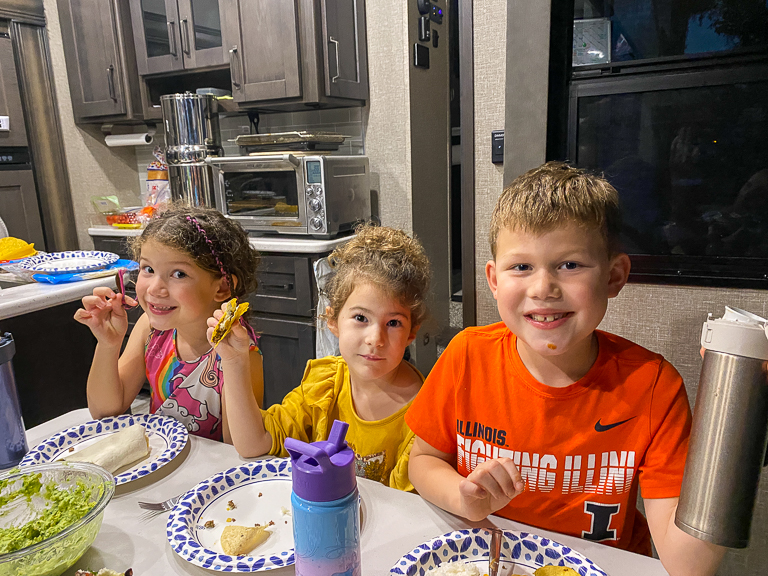 While the adults were catching up in the living room, the kids disappeared to their room and pulled out the crafts. 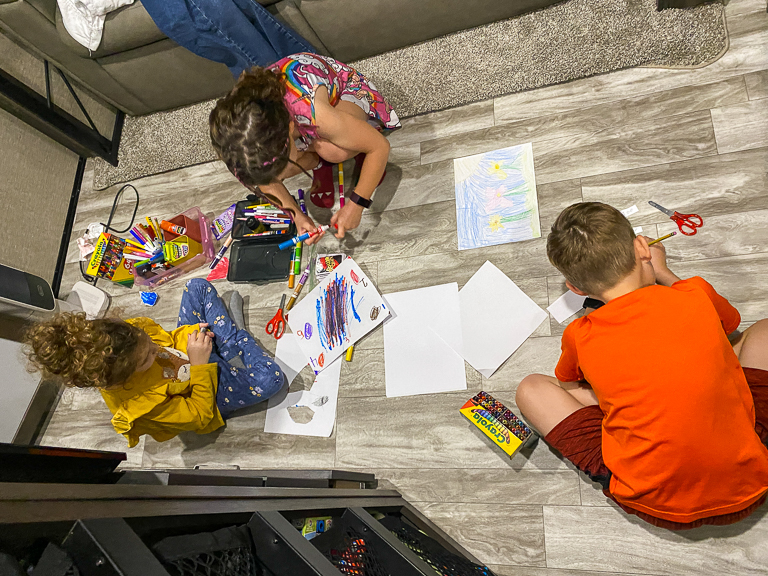 Ian, Alli, and Avery drew pictures, then filled a cup with everyone's name. They drew a name and the winner got the drawing. 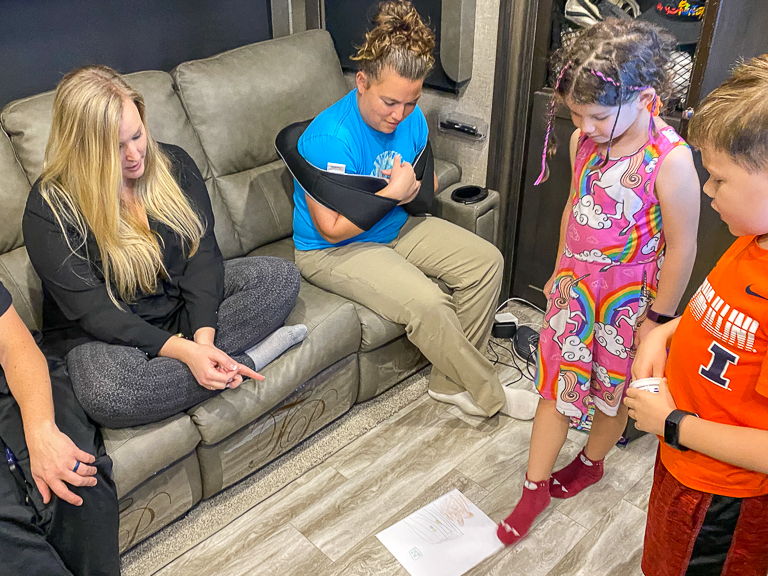 It's dangerous to leave your phone out. You might end up with a bunch of selfies from a kid. And then that kid will ask you to change your phone's homescreen from a picture of your kid to a picture of him! 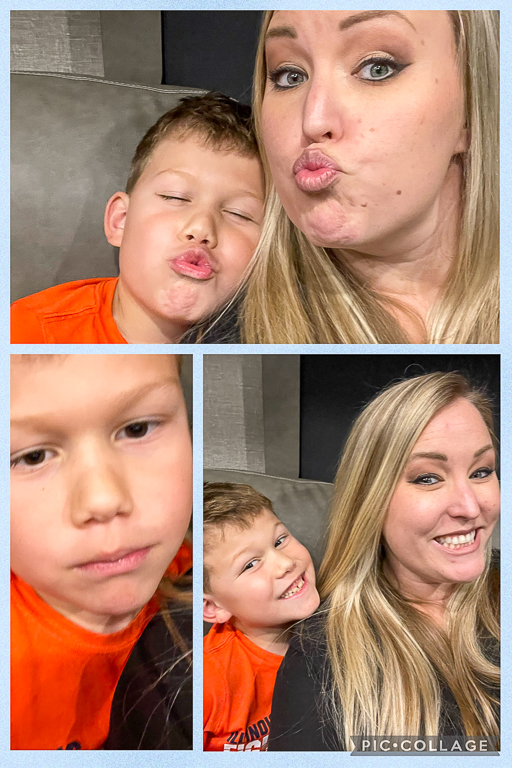 How many times have you watched Encanto? At this point, I think we're on our 8th viewing. Avery too! But that doesn't mean we aren't going to watch it 2 more times while she's visiting, does it. We're a sucker for good songs, and this movie is full of them. 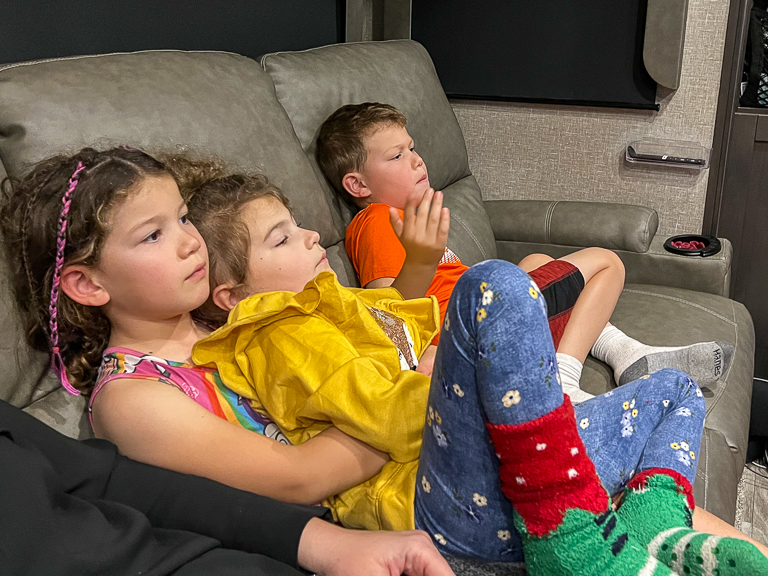 And I love that they sing out the songs during the movie. Oh, and we can't forget. Gotta wait to the end to see Uncle Ruston's name. They get so excited.
Now that I have an app that gives me a notice, we've been watching so many more satellite launches. One happened to be launching while they were here! 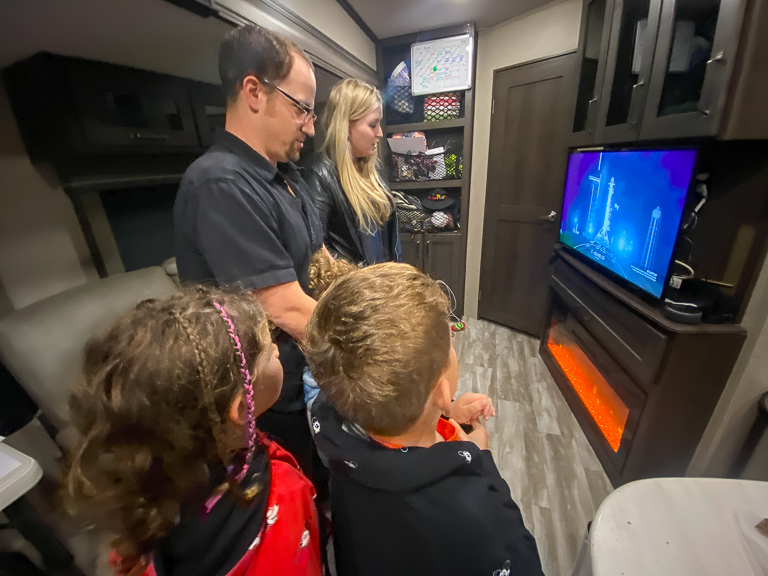 That glowing spec in the sky is the rocket. It's impressive from here. Bet it'll be even more impressive when we see one up close. 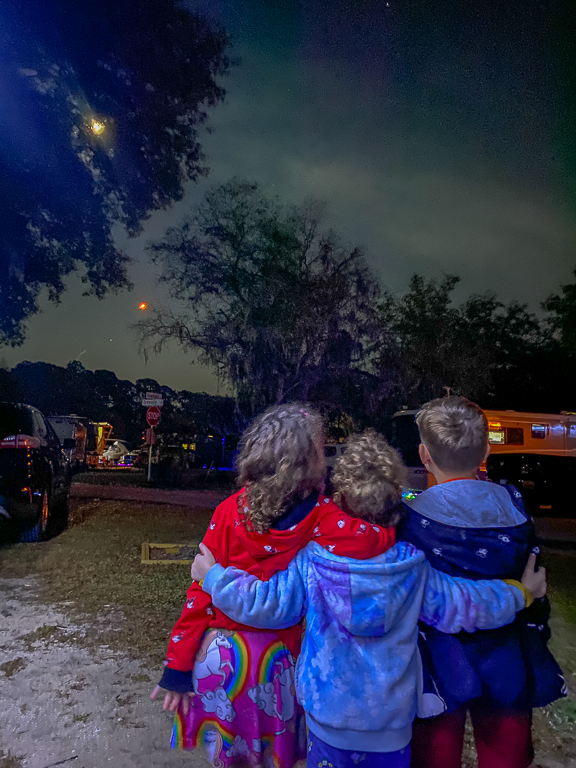 The weather was beautiful while they were visiting (except the day they flew out). Despite the overcast skies when we went to the pool, it was mid 70s. 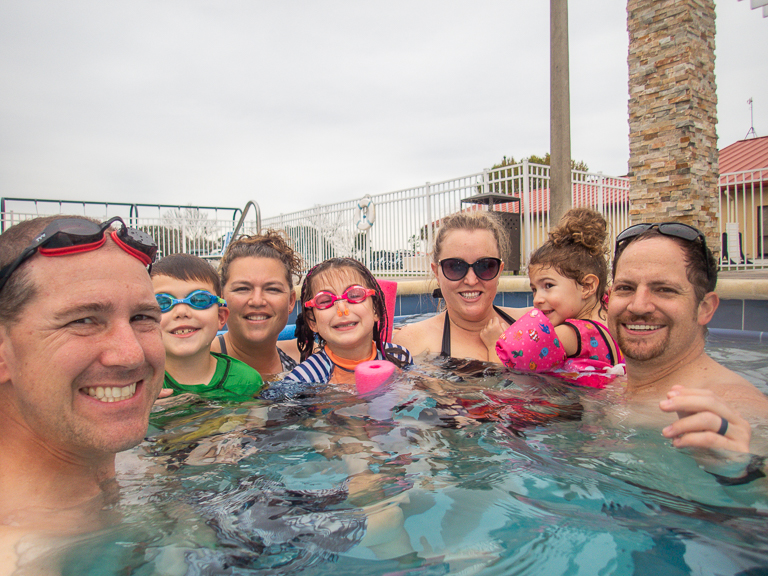 It's always more fun to play in the pool with friends. 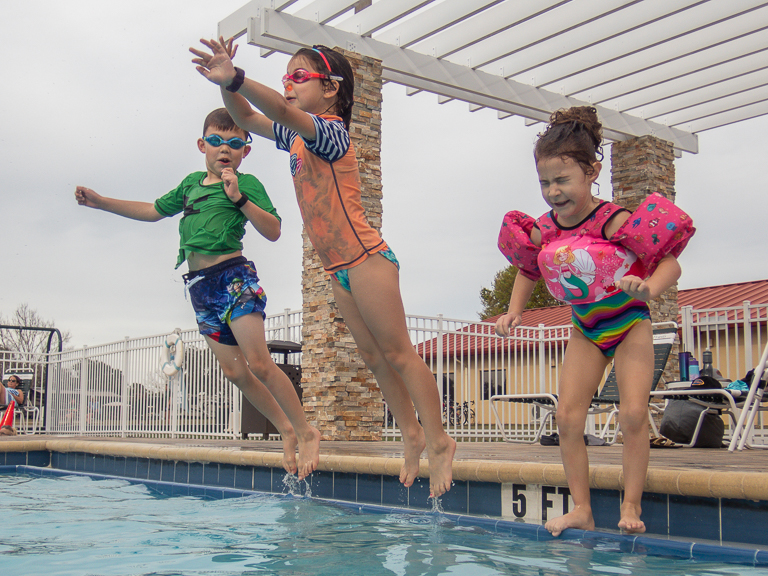 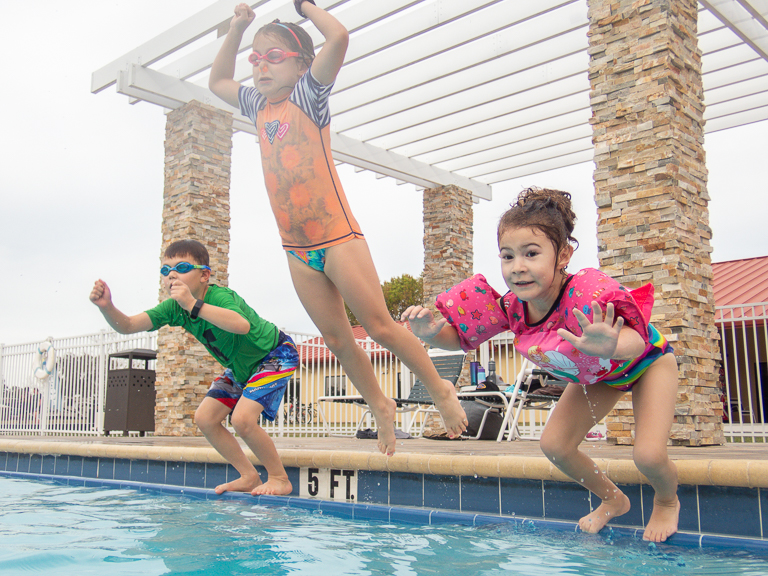 The kids like getting tossed in the air, having races, and climbing on shoulders. 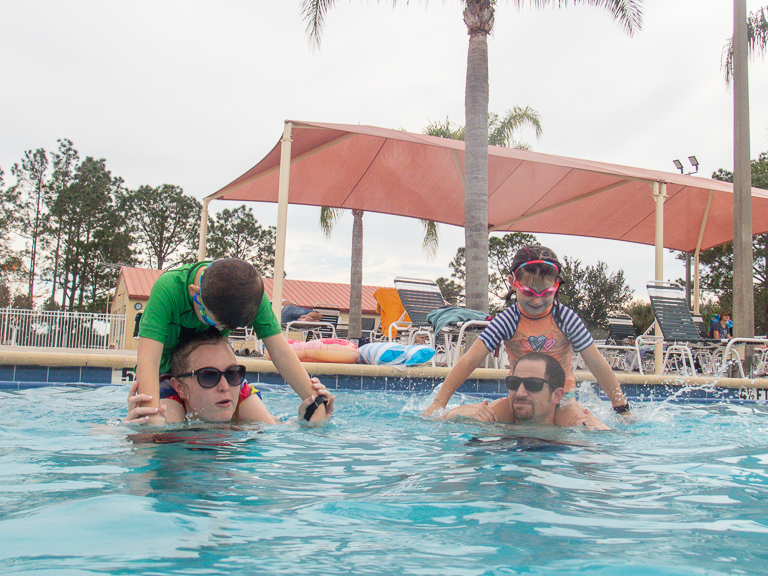 Stacking three is pretty good. Next time we're going to have to try 4.
And why not have a pool noodle fight on the walk back to the RV. 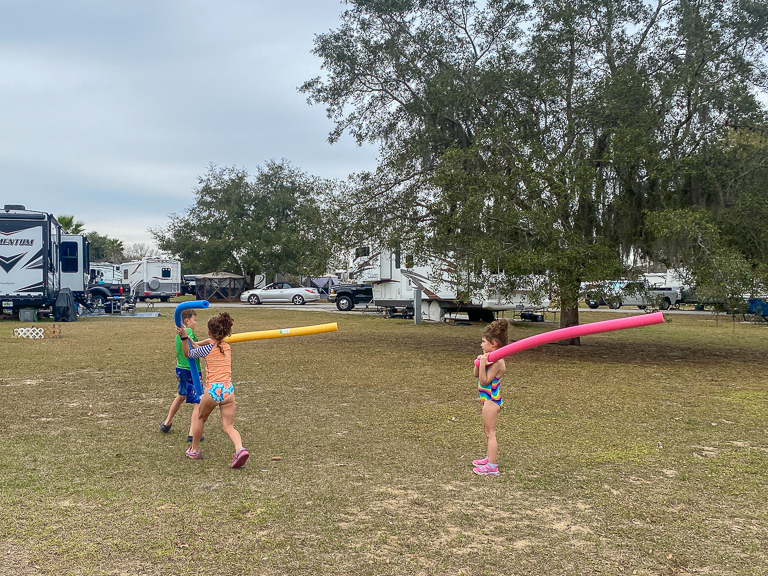 I know it's going to be hard to contain all the awe at the awesomeness in this video, but do try.
We also got to visit Disney World a couple days together, but those will be separate posts.
Every night the kids read to us before bed, then after they get in bed, I read them a story. Because we've got a visitor, I started reading the Junior Novel of Toy Story 4. So far we've read the whole Princess Pulverizer series, Charlotte's Web, books by Roald Dahl, and The Princess in Black. If anyone has any other great book series that are age appropriate, I'd welcome suggestions.
All 3 of them climbed into the same bed for a story, then they split to sleep in their own beds for the night. 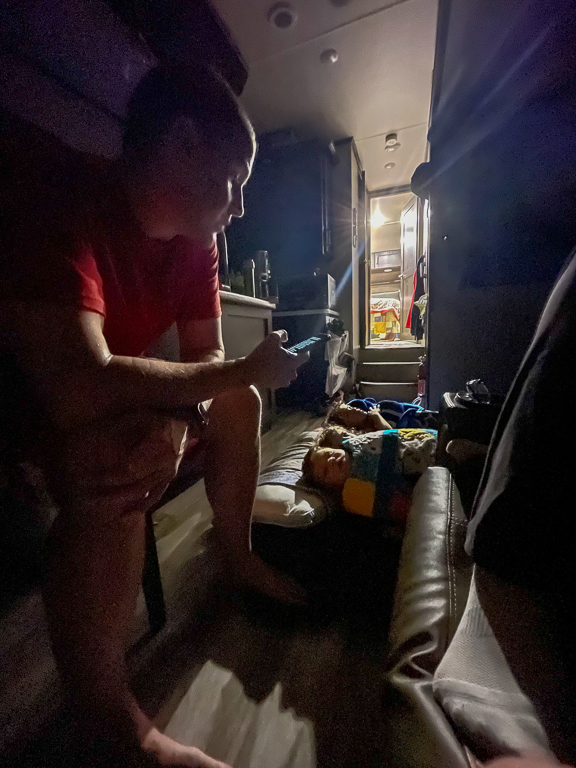 All the excitement wears them out. So sweet when they're peacefully sleeping. They had a lot of fun. 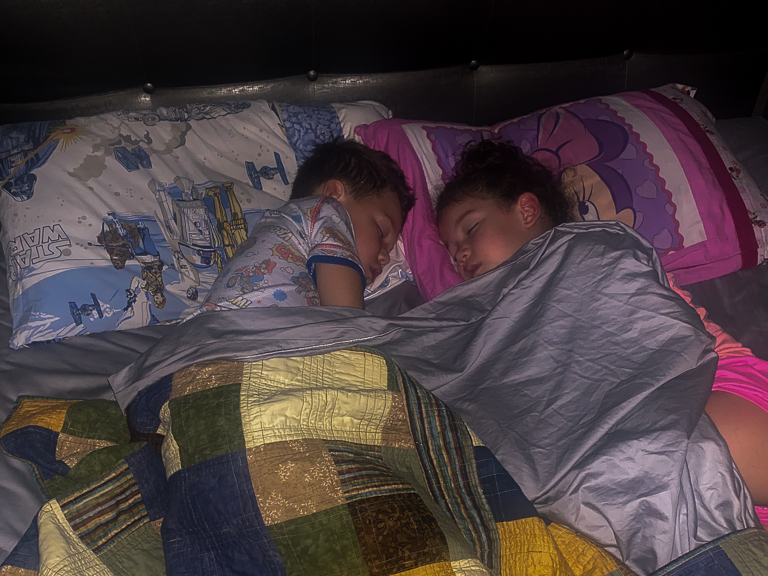