Made at Home - Theresa makes our favorite Epcot Festival of the Arts dish, Red Wine-braised pork over potatoes

Today Theresa has got something special for us. It's a meal that we tasted recently and love, but it's something we've never tried making at home before. 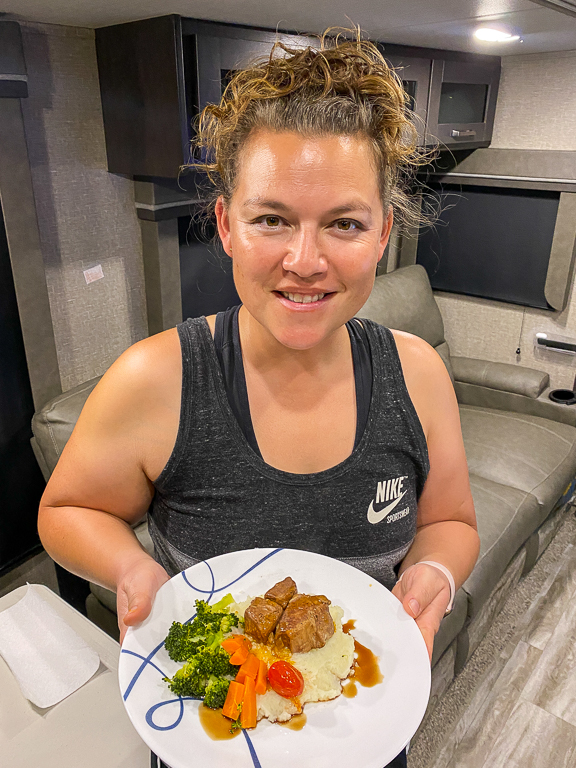 Tonight's dinner consists of a red wine braised pork over mashed potatoes. Mmm, I know this is going to be good. 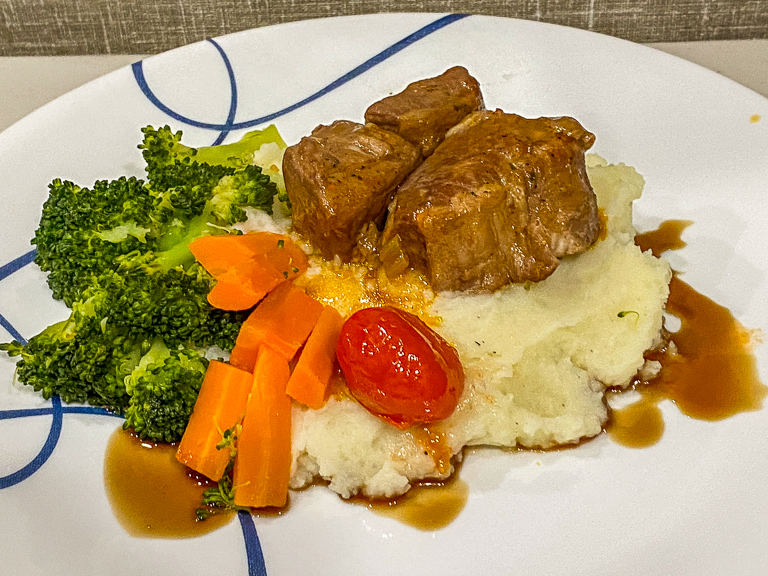 While we were at Epcot's International Festival of the Arts, at one of the food booths we tried something pretty amazing. At the Pastoral Palate, we picked up the Red Wine-Braised Beef Short Rib with Parsnip Puree, Broccolini, Baby Tomatoes, and Aged Balsamic. My sister-in-law actually bought the first one and it was so good (and the kids were eating so much of theirs) that I had to buy one for us too. 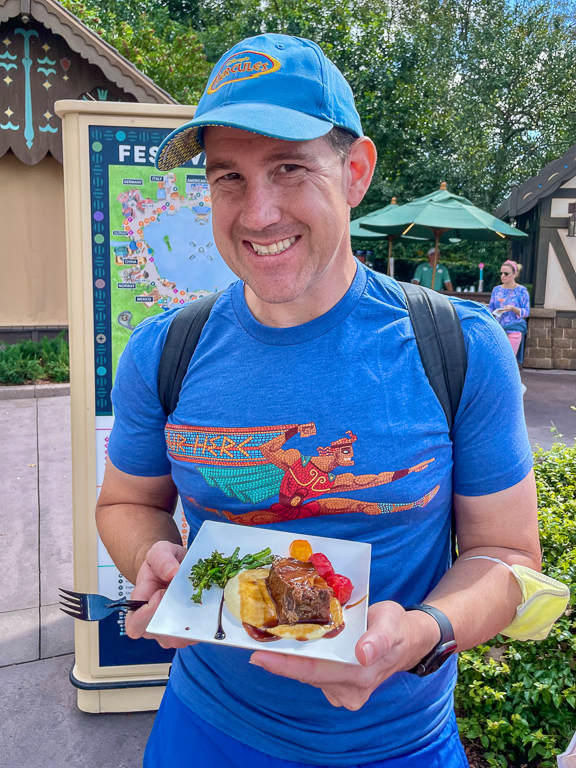 All of us were raving about how good it tasted, so Theresa took that as a challenge. She was going to make something similar at home. She's basing her recipe on what she found on RecipeTinEats.com.
One difference though is that instead of using short-rib beef, she's switching it out with some cuts of pork. Along with the pork, it will be braising with carrots, celery, onions, and garlic. 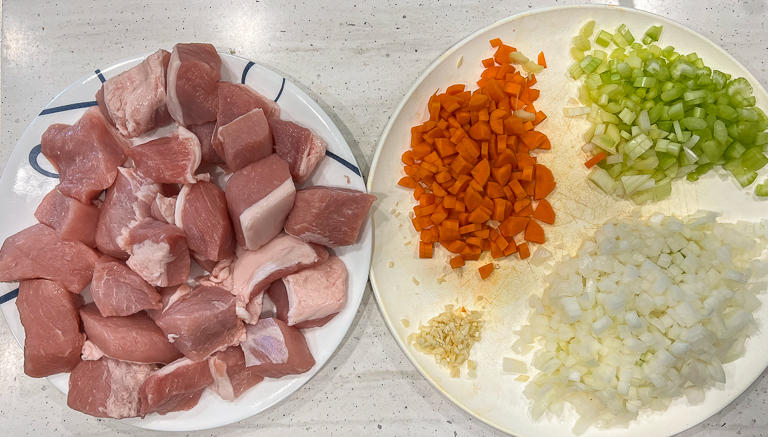 We need a bigger pot. It took Theresa a little bit of time to get some color on all these bits of pork. 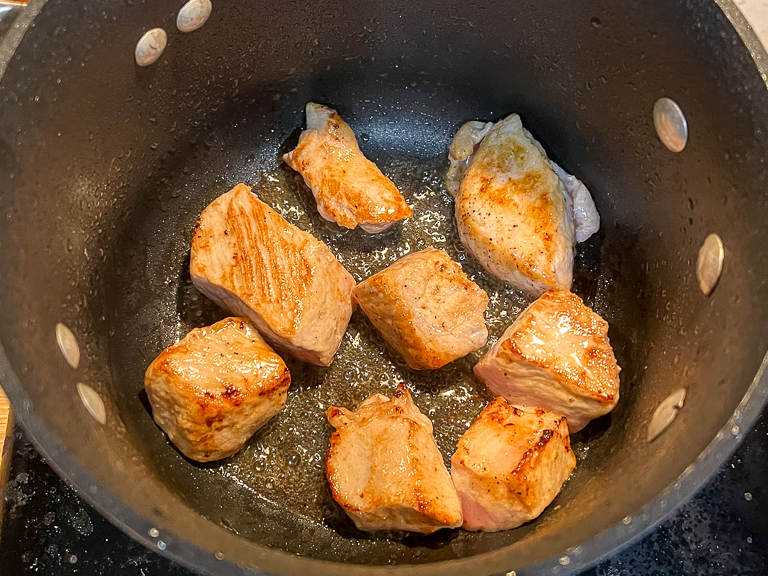 Eventually though all the bits got a bit of color on them. 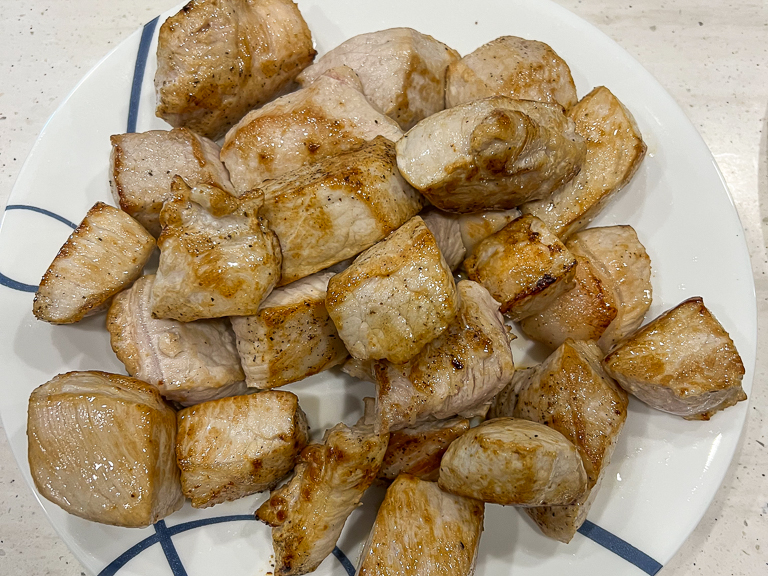 All the veggies go into the same pot to saute, and hopefully a few of those brown bits from the meat will add some good flavor. 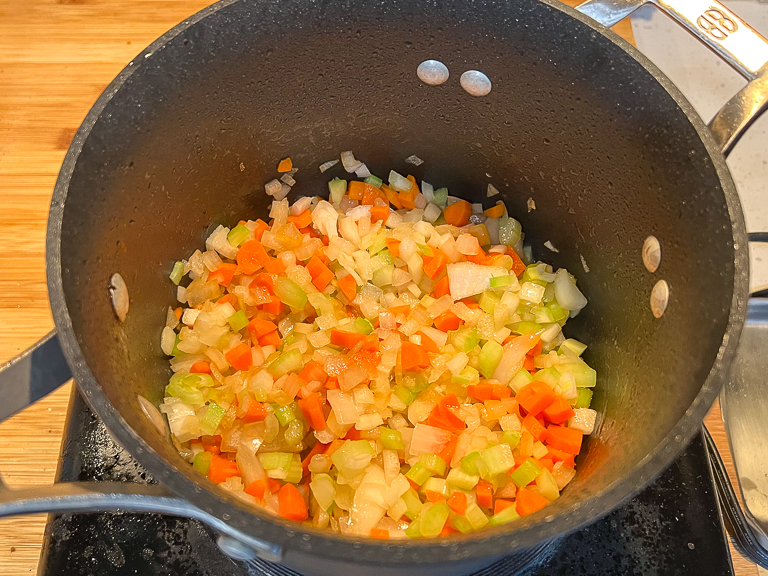 This bottle of Winking Owl Wine from Aldi looked like it had a screw cap. Surprise surprise when Theresa went to add it and found a cork. Of all the things we've packed in the RV, a corkscrew was not one of them. Oops!
I had the kids at the pool, so I was no help with alternative ideas. She walked outside the RV with the bottle and found a neighbor a few RVs down who was outside. They helped her out by opening the bottle and joked that she'd better bring some over for them. 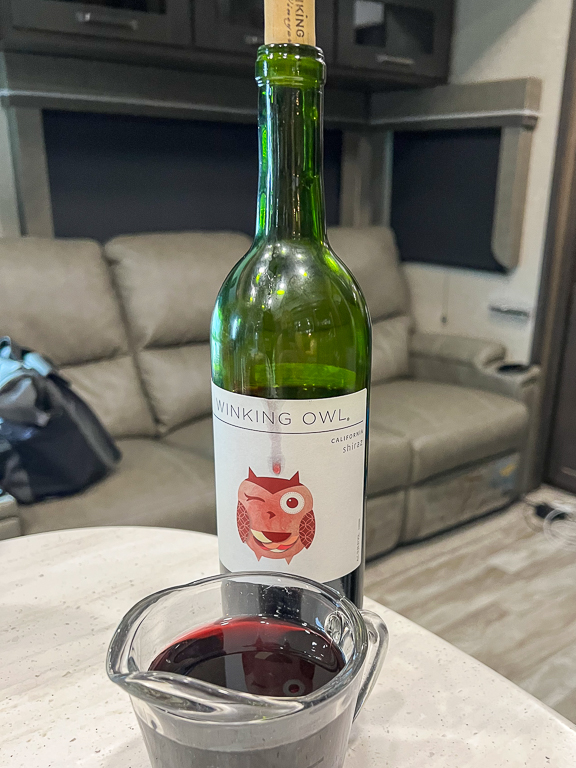 The liquid goes in and the whole thing goes into the slow cooker (our toaster oven) for three hours. 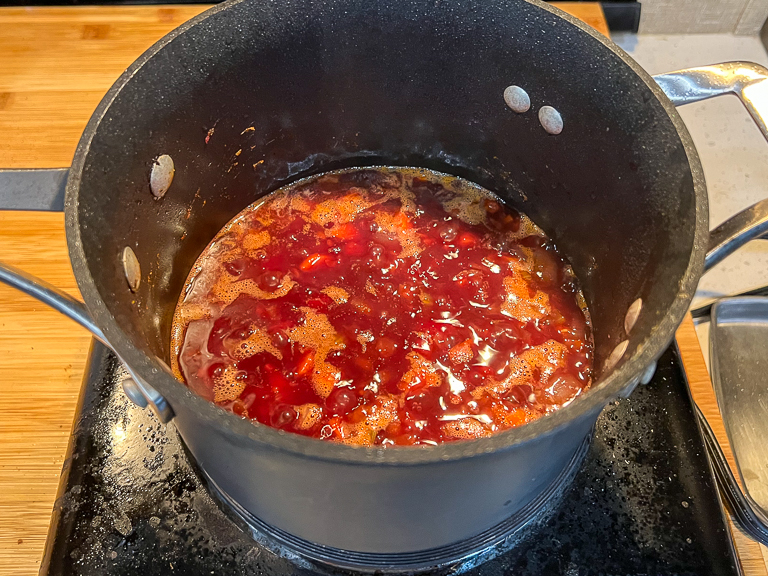 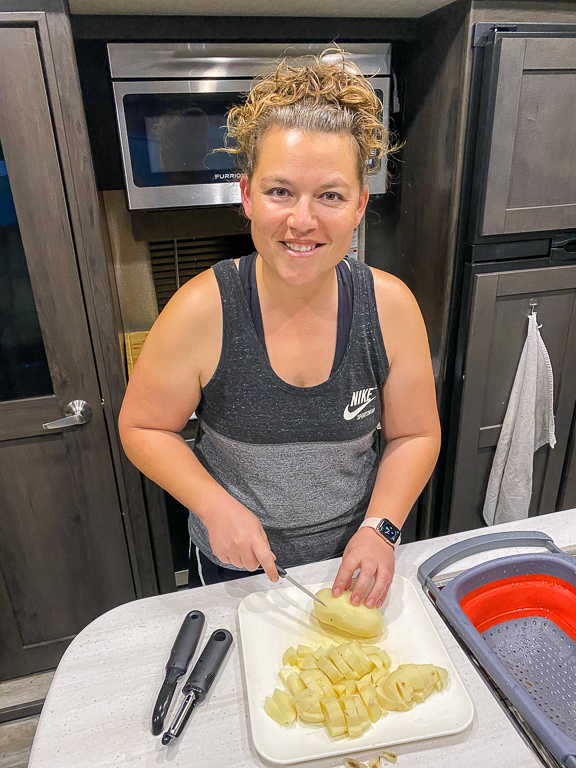 That's a lot of potatoes. 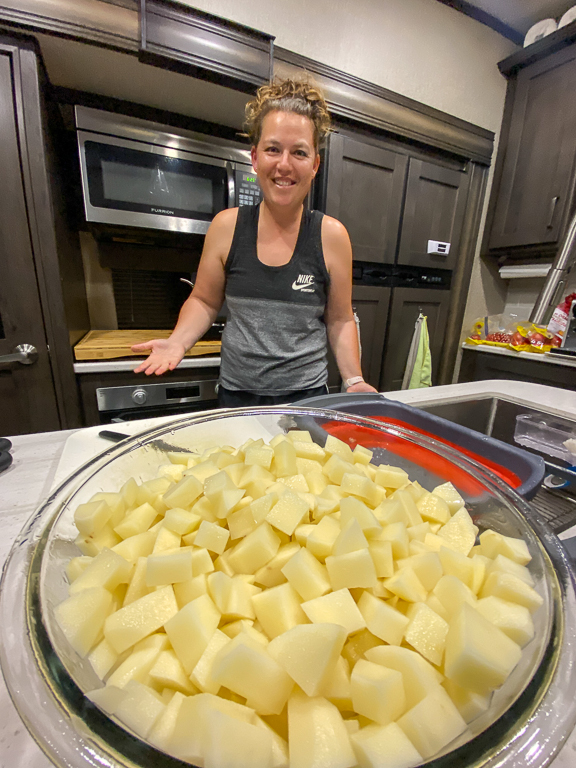 Potatoes, cream, butter, and salt. I don't think that could be bad at all. 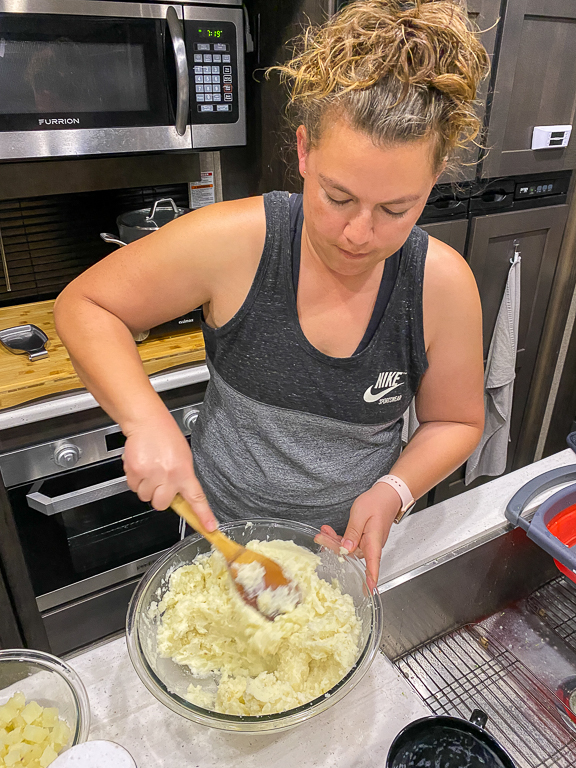 I can't tell you how good the whole RV smelled when the kids and I returned from swimming. Oh yes, that's something that we need to add to our cooking repertoire. 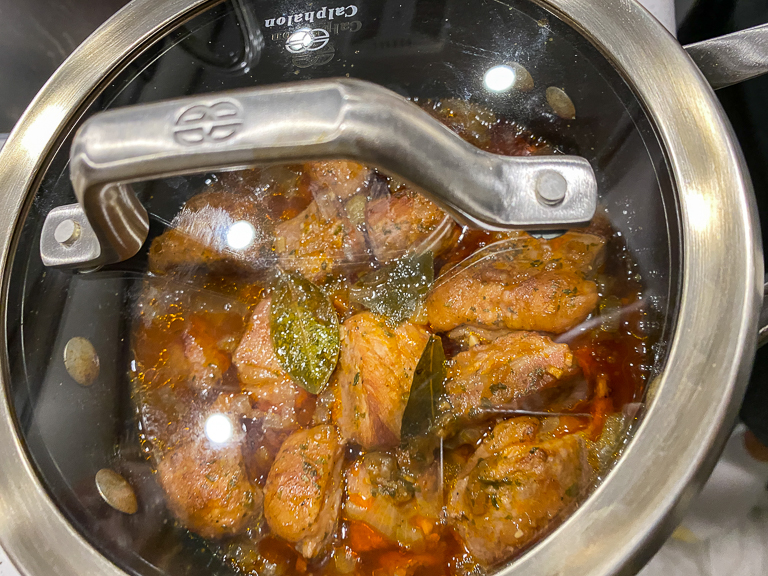 Theresa, if this tastes half as good as it smells, you've got a winner. 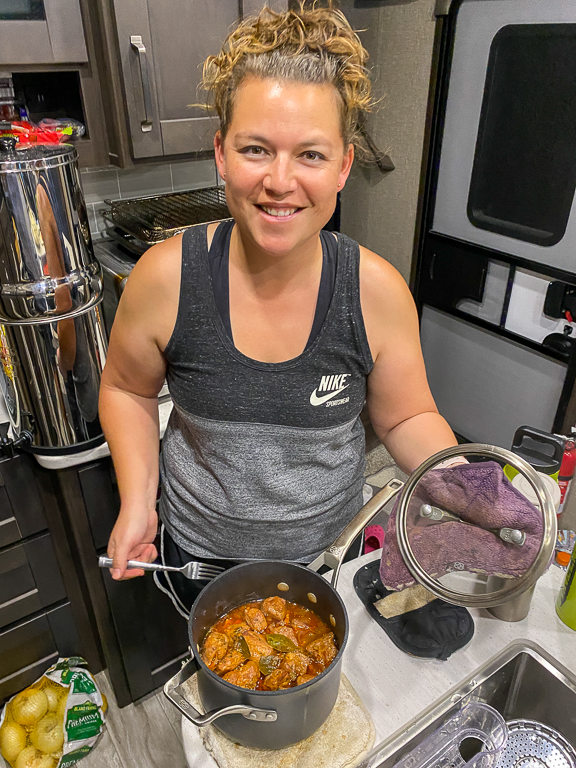 The pork is fork tender and the sauce smells super rich. 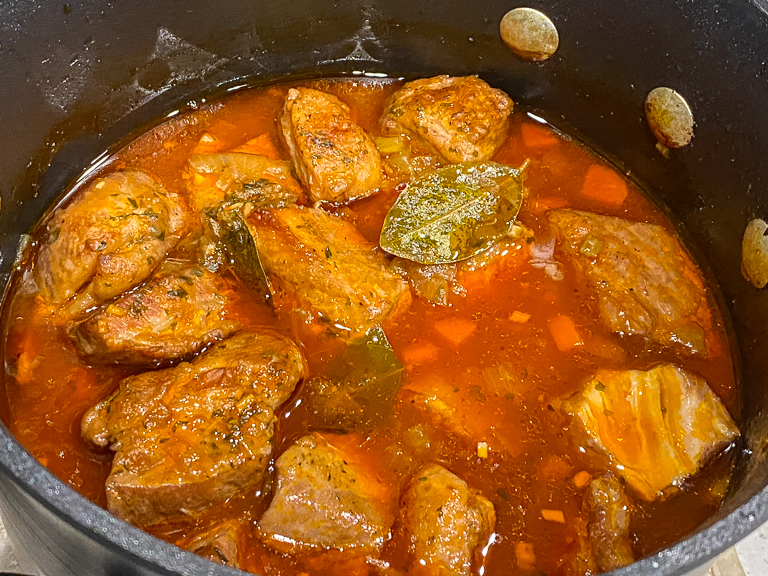 Using my photo from the Festival as reference, we put together a plate. Theresa steamed carrots and broccoli to go along with it. My balsamic vinegar reduction isn't as thick as Disney's but it's just as tasty. I think She's done a great job making it look like theirs too. Hers is on top, theirs is on bottom. 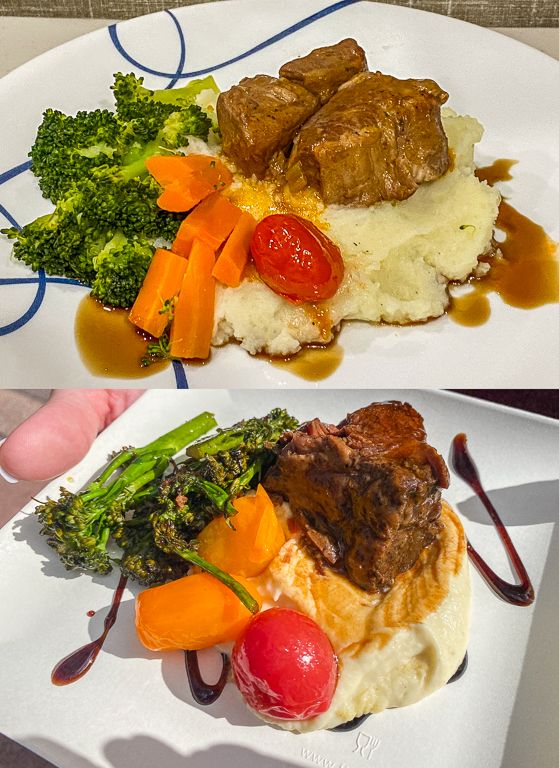 The kids loved the Disney version, but what are they going to think about this homemade one? I recorded a few of their quotes while we were eating dinner. 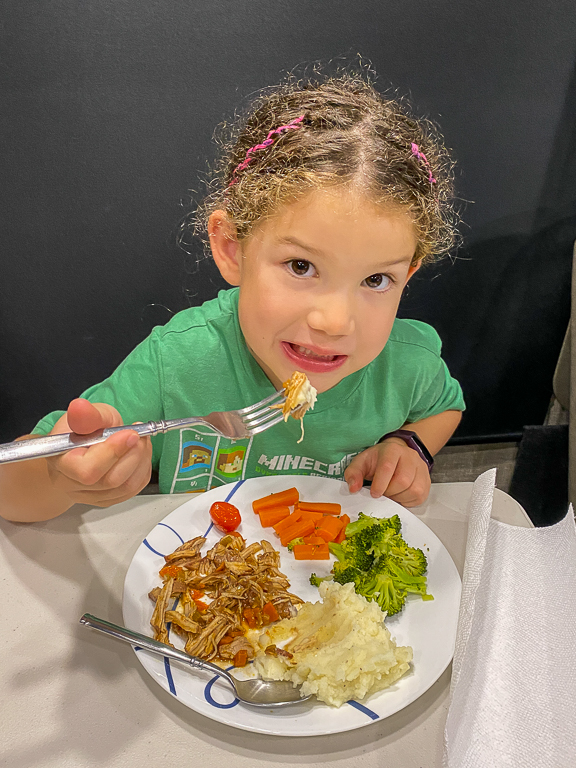 Ian - This is better than Olive Garden!

Alli - It's better than fondue!

Ian - It's almost as good as fettuccini Alfredo. (his second favorite meal)

Ian - It's the best meat I've had this year. Mom, you beat Disney World.

Ian - I wish I had more room in my stomach. 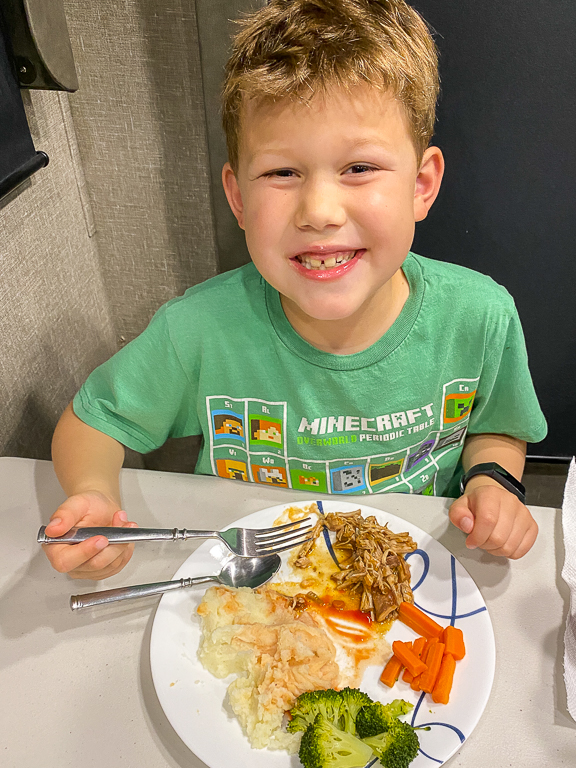 Theresa - I'm going to call that a win. Look at everyone's plate.
I'd say you're right Theresa. That was so delicious! It's unlike any of the meals we typically make, but this one will definitely find its way into our regular meal rotation. Thank you Theresa for taking on the challenge! 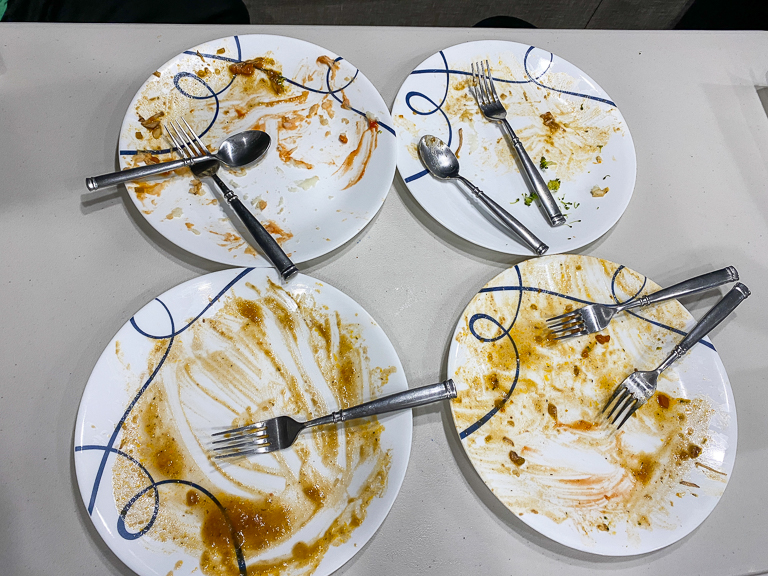