It's time to move the RV again! Every few weeks we're bouncing to another place in the Orlando area. This time we're moving to a place called Sherwood Forest. As you might expect, many of the streets in this area are named after things in the book. There's Merry Men Drive, Little John Street, Maid Marian Street, Friar Tuck Street, Castle Tower Street, Legend Tale Lane, King Richard Drive, Bow and Arrow Lane, and even Peasant Street. 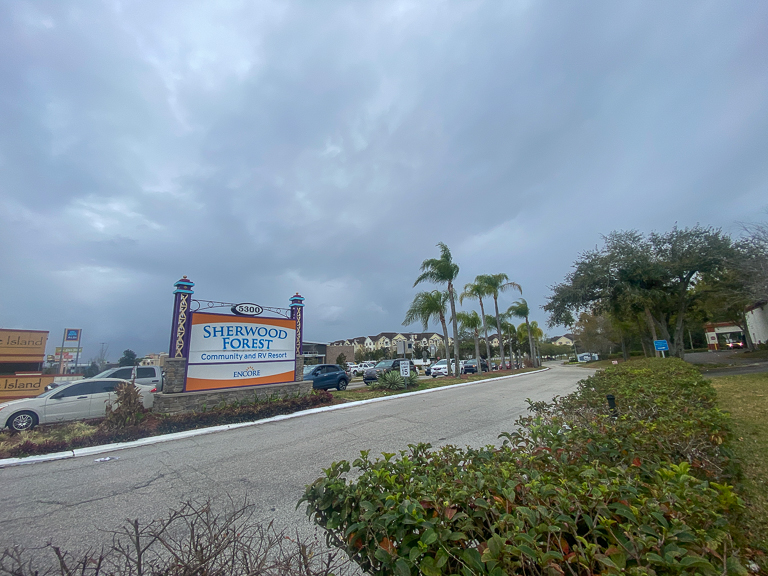 For being a "forest" there's not all that many trees in the area, but our assigned campsite bumps up right against one. We had to navigate around this one, and our site is on a little hill. Theresa had to pull out the blocks to get our tires off the ground a bit, so our stabilizer pads didn't dig into the ground as I pulled onto the site. 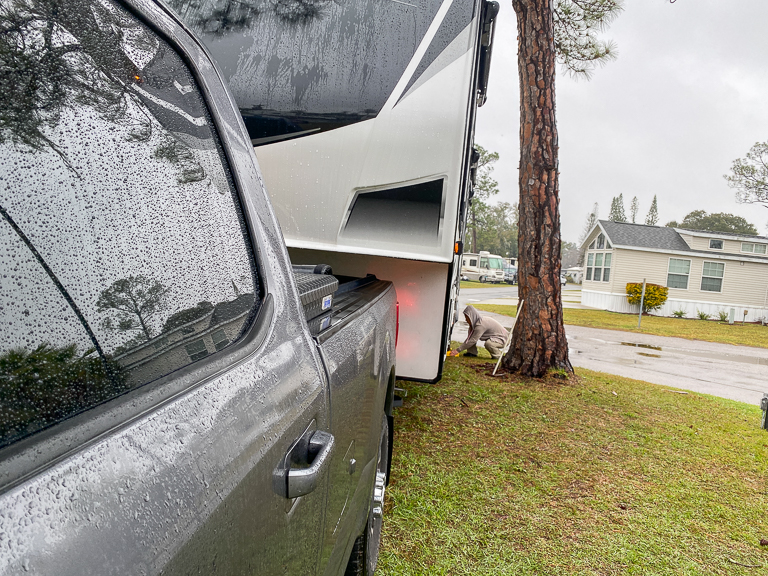 I was mindful of how our slides extend when I was pulling the RV forward. We'll split the tree with the two slides. 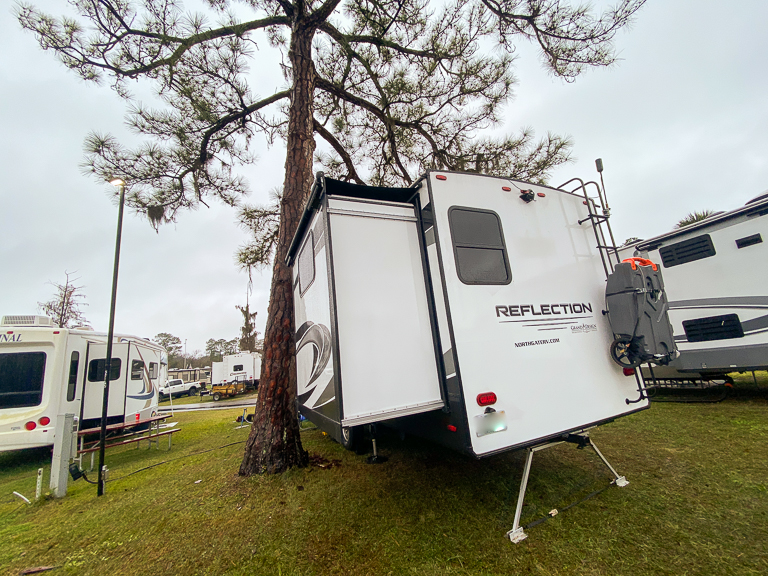 Our site is pretty close to our neighbors this time. Definitely not much of a front yard. Not ideal, but at least they were quiet during our time here. 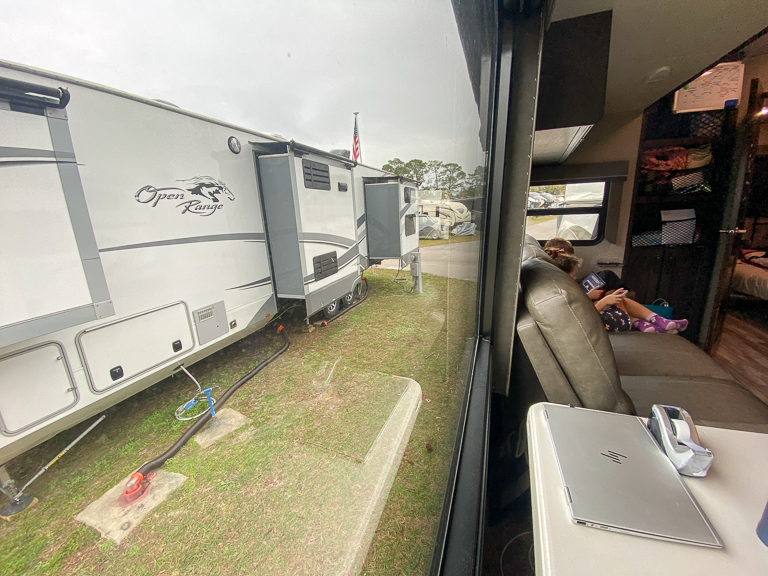 Needing to clear out our pantry a little bit, Theresa decided to make some Rice Krispy Treats. Sure was a shame that she had to use 150% of the marshmallows to use up the bag. They were so delicious! 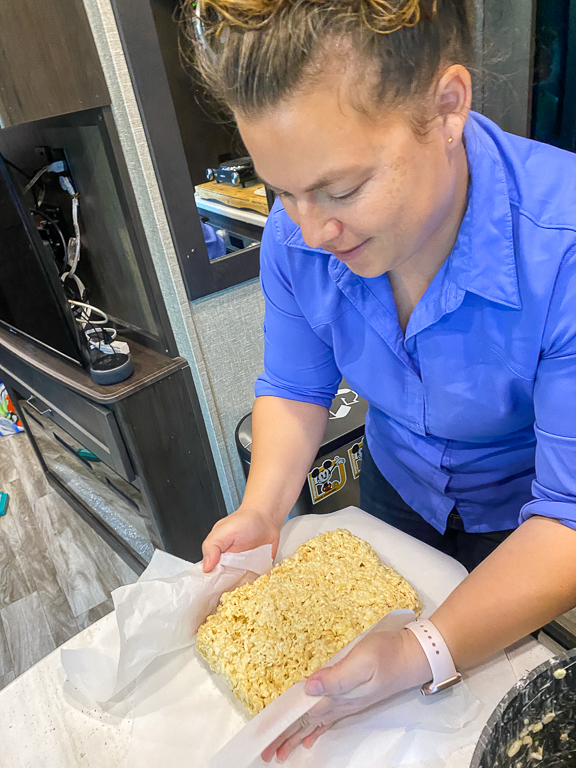 I love that my Launch Console app gives me notifications that a launch is about to happen. We had gorgeous clear skies, which were perfect for a dusk launch. 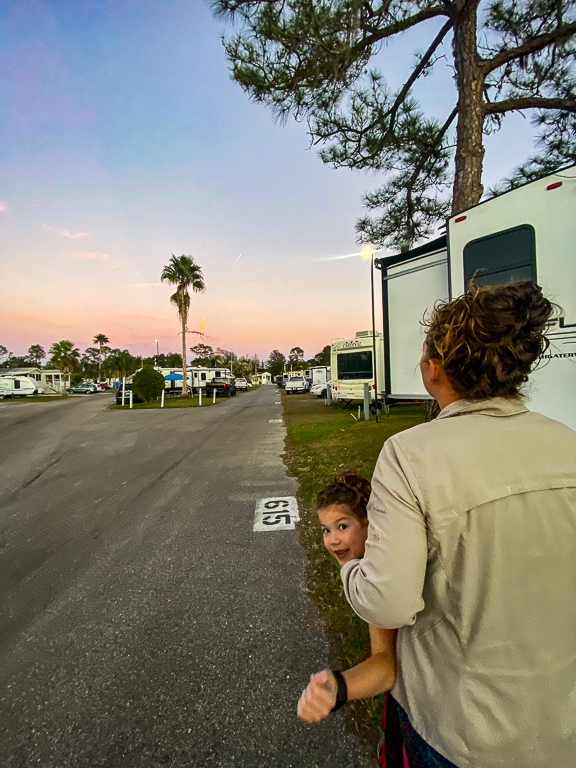 We watched as the sky lit up with a streak of white and saw the fire coming out of the main stage. Because it was above the horizon, the sun caught the capsules and we were able to view them for a really long time as they climbed up in the sky. 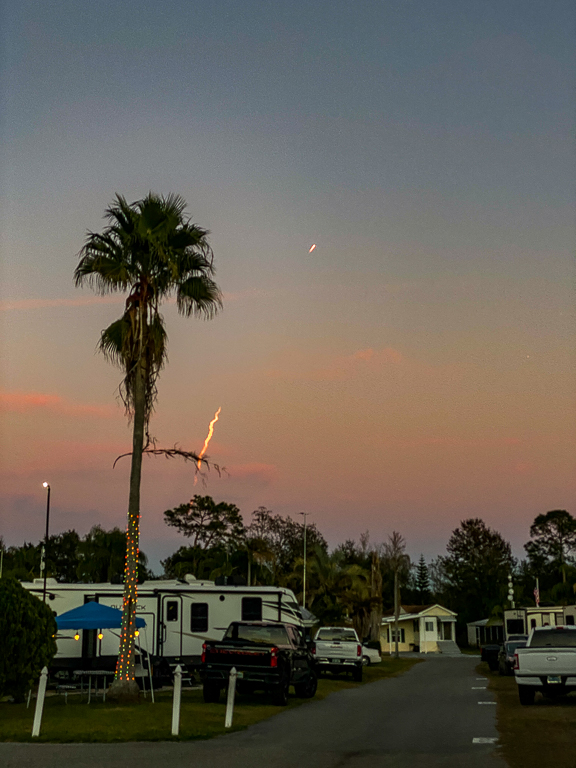 And not only that, but we could also see the main SpaceX rocket fire its thrusters and return back to the pad, to be serviced and then used again. That's amazing! 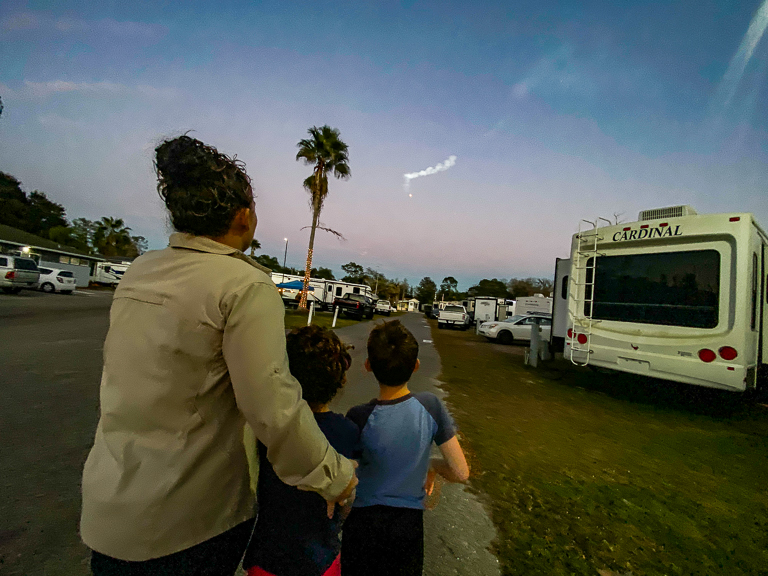 Of course the kids want to go check out the pool. Most of the days we had beautiful weather, so we took a few trips over to the pool. I'm so glad the kids learned how to swim this past summer. They are both super comfortable in the water now. 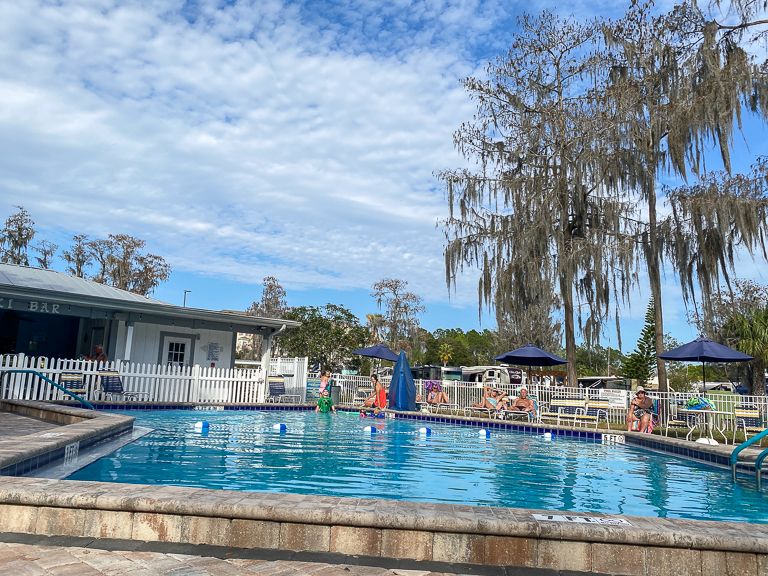 There's always something I could be doing on the RV. One of our awning is starting to catch some rainwater, so I have to make sure to sweep it off. 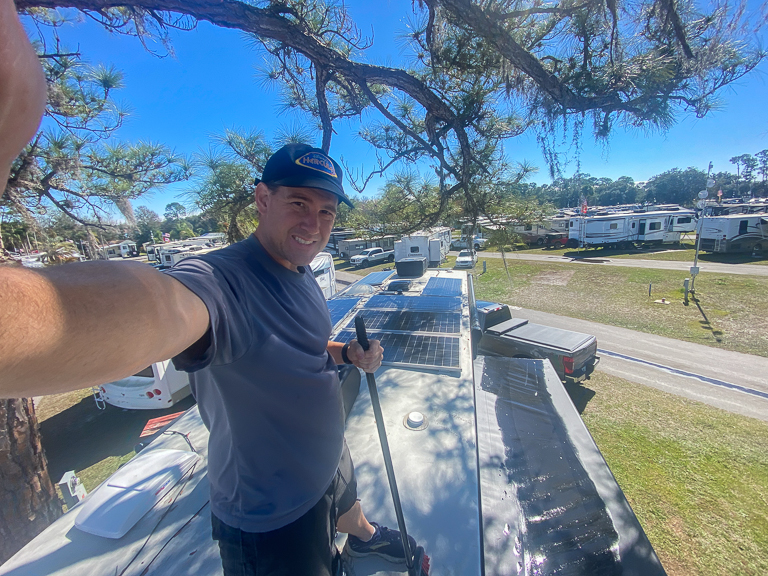 The kids used to have a TV in their room, but we never did find ourselves using it. They always want to watch whatever we're watching in the living room. And so, the TV came down which gave them a lot better access to the toys that were behind it. What is a good toy that is infinitely changeable and never gets old? Lego! They've been playing with them a whole lot more now that they are easily accessible! 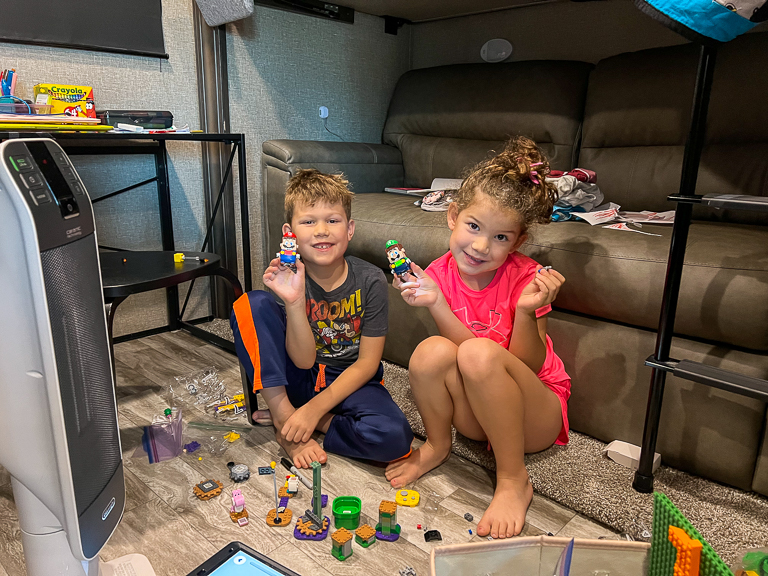 Ian woke up one morning, came into our bedroom, and asked if they could have pancakes and hash browns for breakfast. Sure! That sounds great! ...as long as you help me make them. 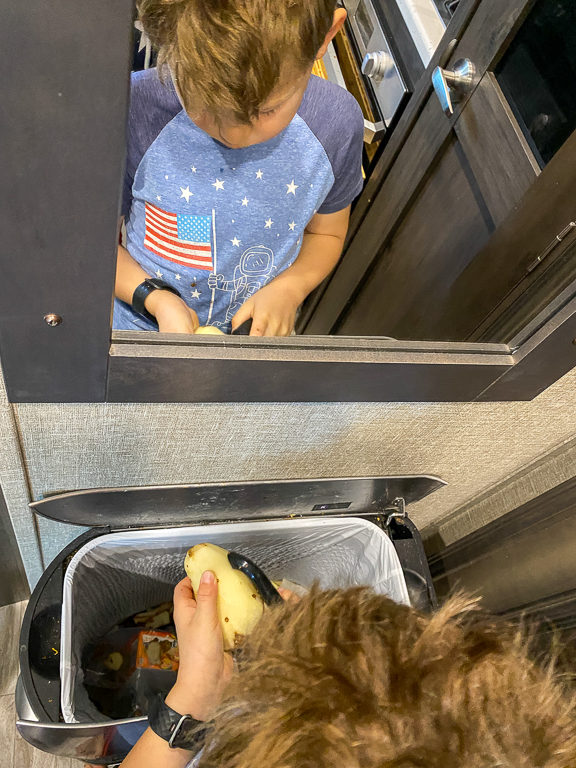 Okay!
I put him to work peeling potatoes, then using the cheese grater to cut them into pieces into some cold water. 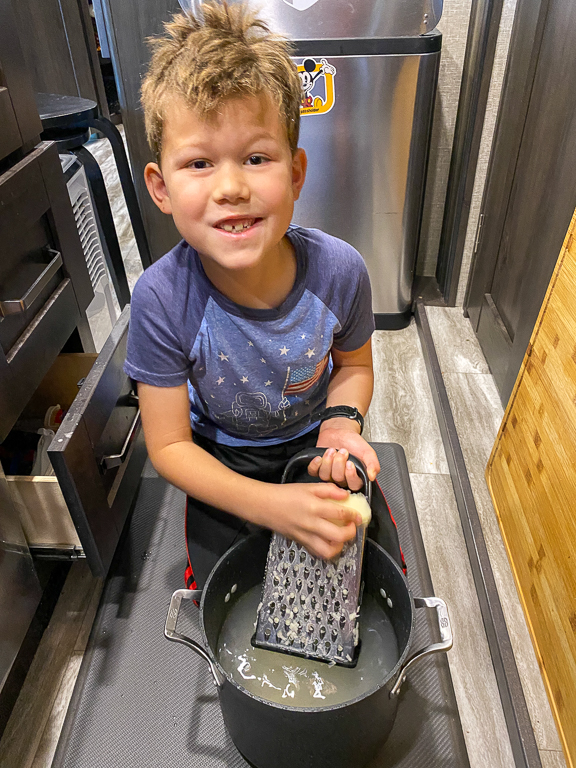 While Ian helped with the hash browns, Alli and I mixed the ingredients to make the Best Fluffy Pancakes! Mostly Alli. 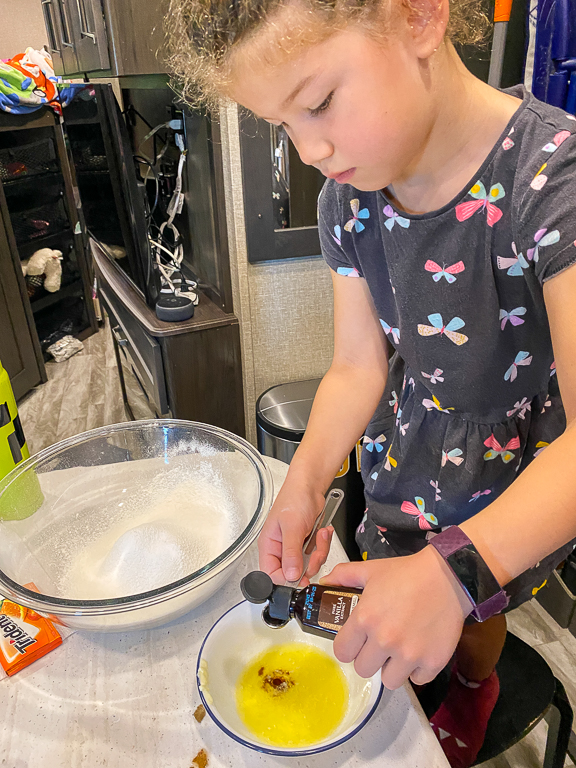 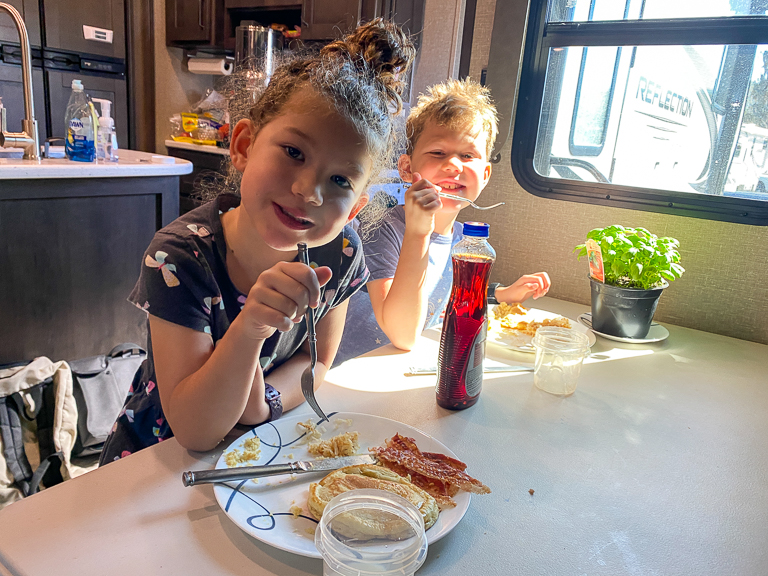 What a delicious breakfast! 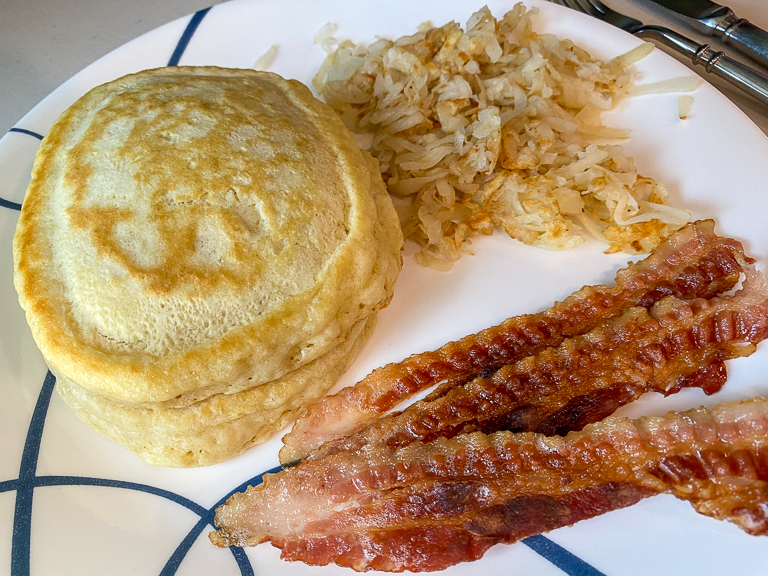 Alli, now that we're making special requests, asked for her favorite meal of spaghetti for dinner. It's even better with a little fresh basil sprinkled on top. 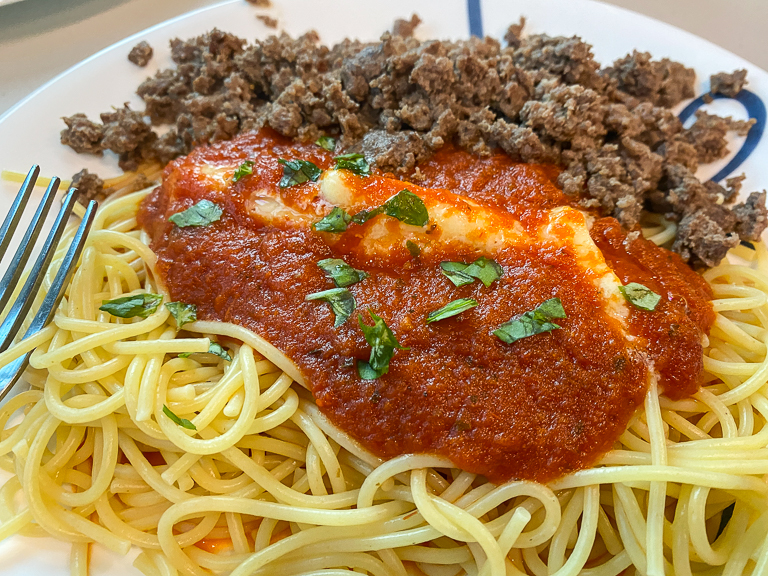 Mmm, and a tasty dessert. 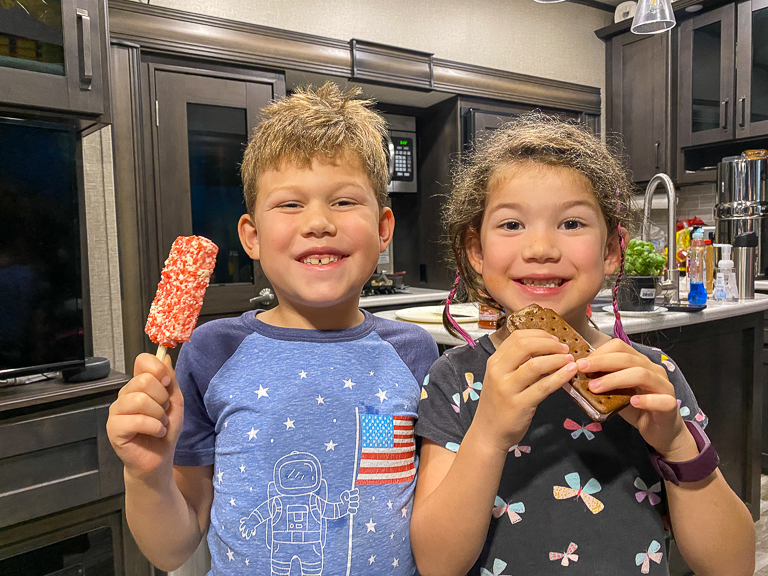 We had a lot of other fun experiences while we were here that I'll cover in another post.
On our very last day, the kids had to take another trip back to the pool. It's been a fun visit to Sherwood! 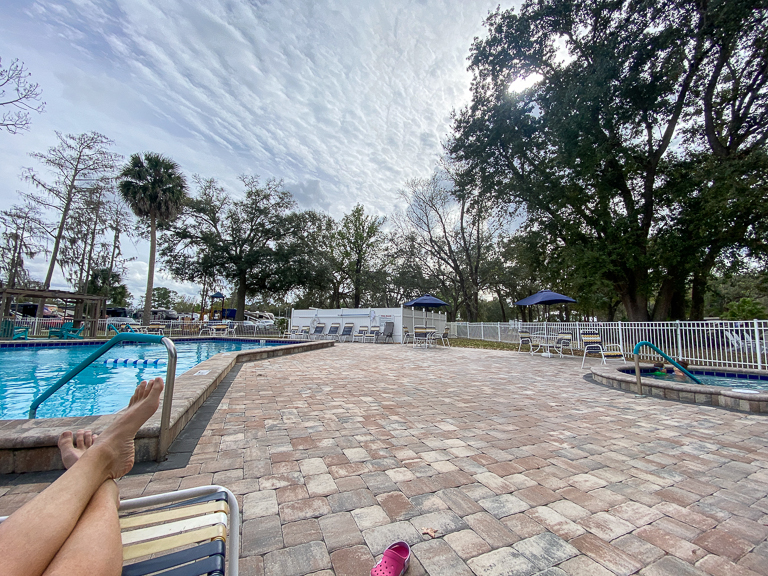