Jacob comes to visit and we visit Disney World together - Pt2

Hey! I know that guy! That's Uncle Jacob! Oh, and that's Goofy too.
Uncle Jacob is here in Florida visiting family, plus we get to spend a few days with him too! 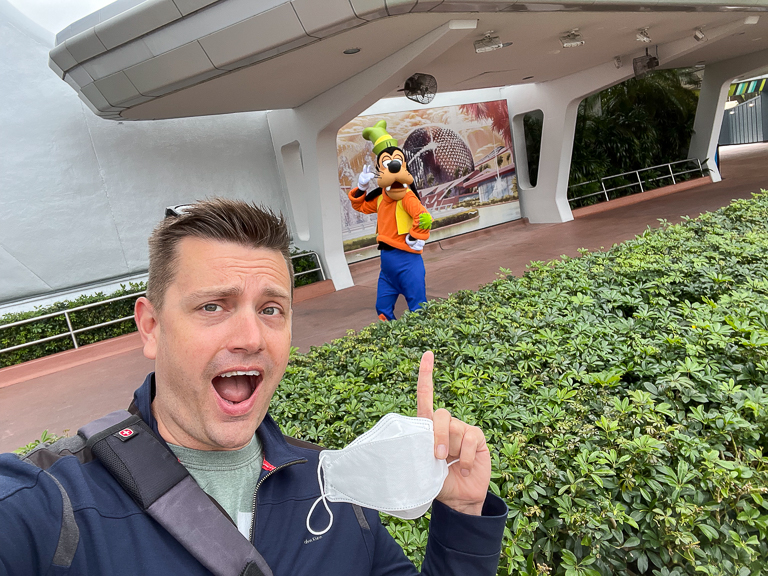 We can spend time hanging out together, and also visiting Disney World! After the kids finished their school, everyone went to Epcot. 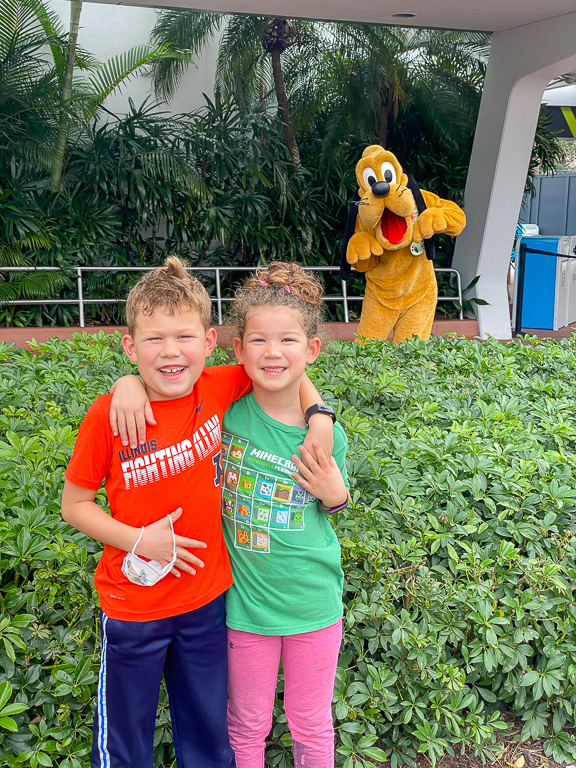 There's a particular spot we hang out when we get Club Cool and eat popcorn. It's right by Club Cool in a little walkway that usually gets blocked off halfway down for cast members only. Except this time it's not just us and cast members. This time there's something else here. Something fluffy. 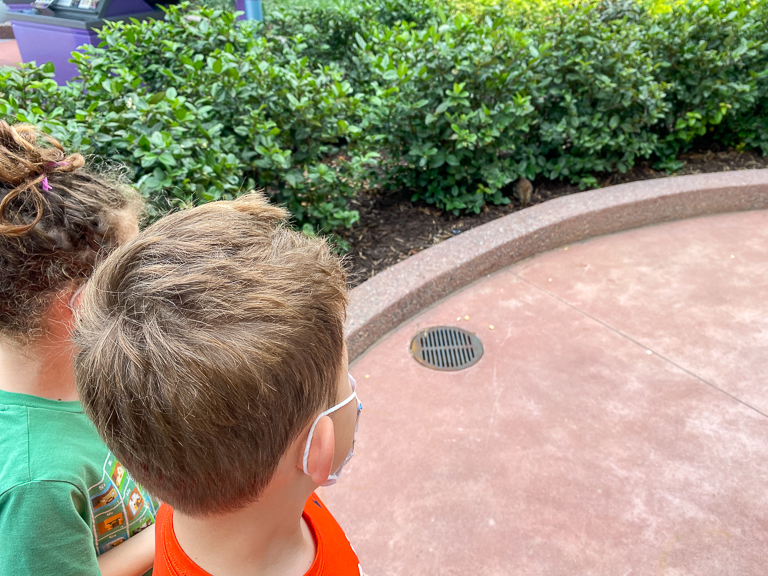 It's a bunny! Just hanging out amongst the shrubbery. 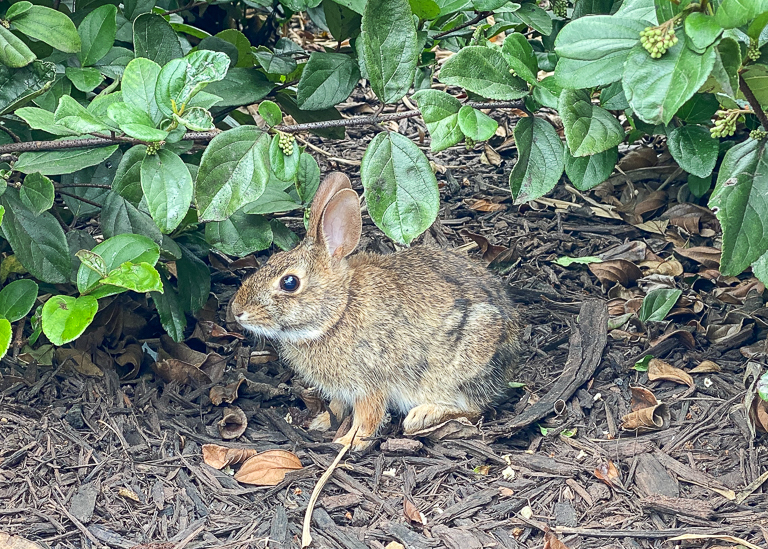 Inside, Club Cool has all new flavors since the last time Jacob visited. All new flavors except the Beverly. That's a classic. He tried it and agreed with Theresa and I, it's not as bad as it was before. The kids really wanted to go back outside and see that bunny again. We ate our popcorn, and popcorn isn't always easy to eat without dropping a few pieces. Do bunnies eat popcorn? This one does!
Let's go explore the rest of the park. 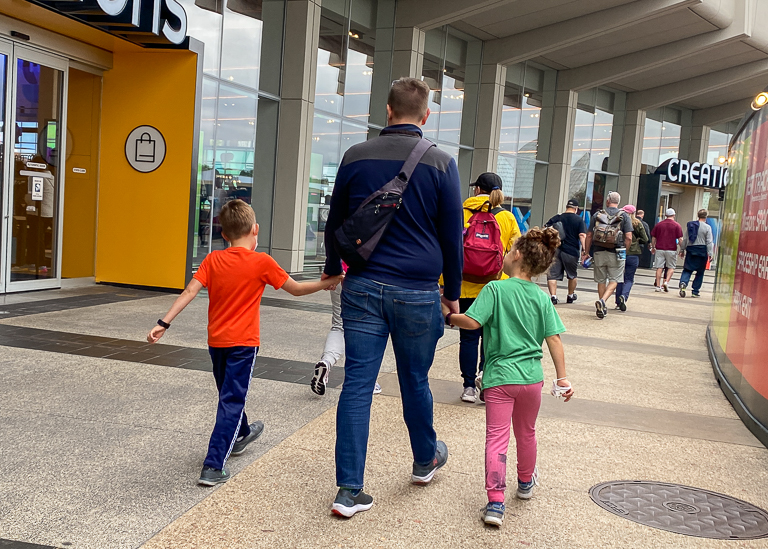 Over at Figment, we were thinking it would be a normal ride, but the timing over everything was messed up throughout the entire thing! As soon as we entered The Sound Lab, Figment was halfway through his spiel. Things stayed mis-timed for the whole ride! At the end, the kids were joking about how much Figment messed up his own ride. It certainly made it memorable. 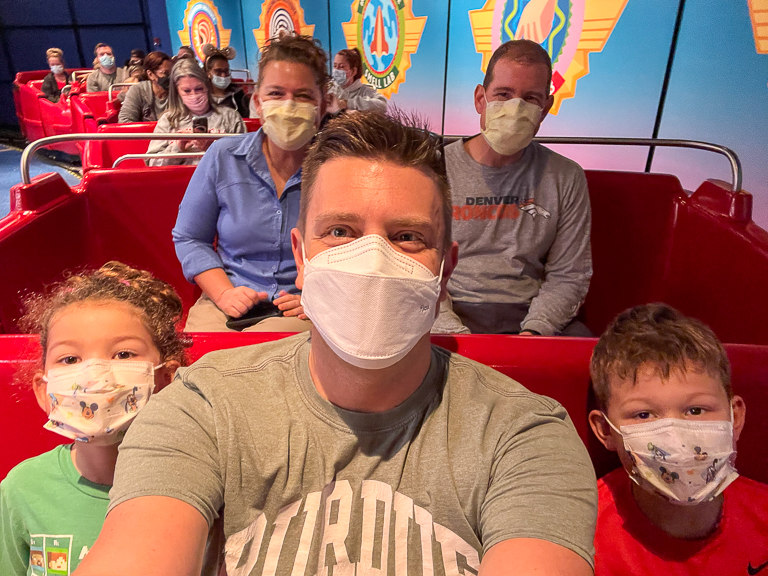 Nearby at The Land, we always like to see what's going on in the greenhouse of Living With The Land. Ian insisted we check out the Awesome Planet video. Sitting in the back of the theater this time, I could see other special effects that I didn't notice the first time. Like when the lightning flashes on the screen, other lights flash around the theater to make it feel like it's all around you. 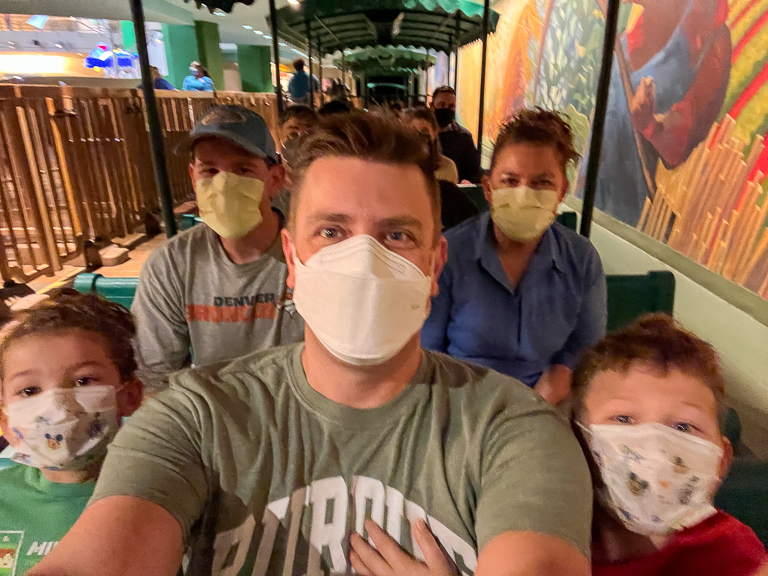 At 3:30pm, the lines are still a little crazy around here. Let's hop over to another park and end our day there. 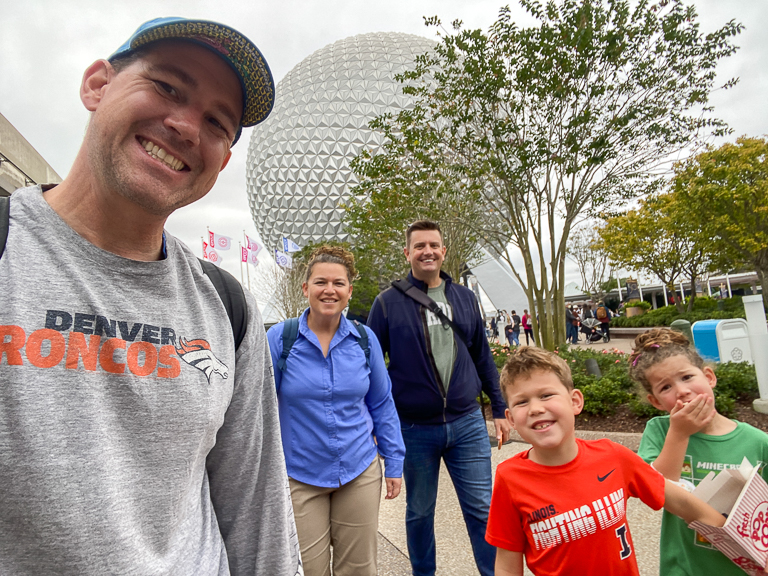 But not without a quick stop... 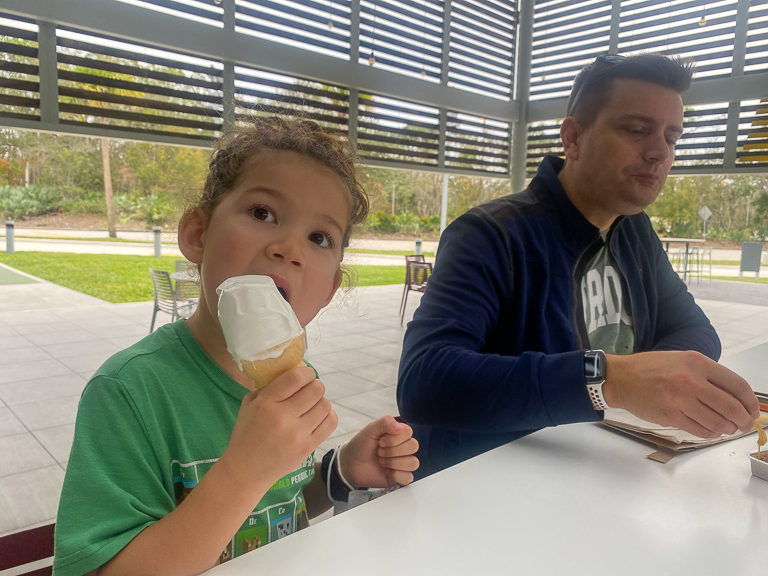 Instead of buying ice cream at Disney, let's go stop by McDonalds. 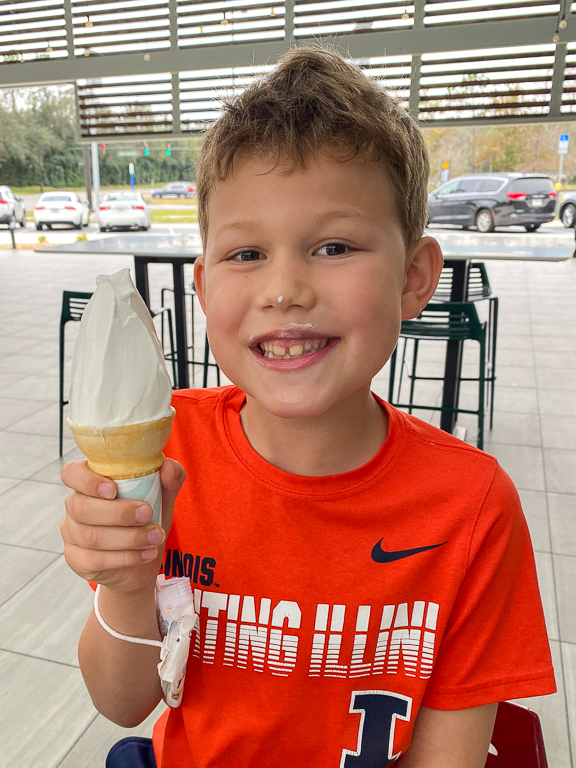 It's really too bad the Kilimanjaro Safaris closes early. We lucked out in making one of the last rides of the night. It's awesome seeing the animals so up close! 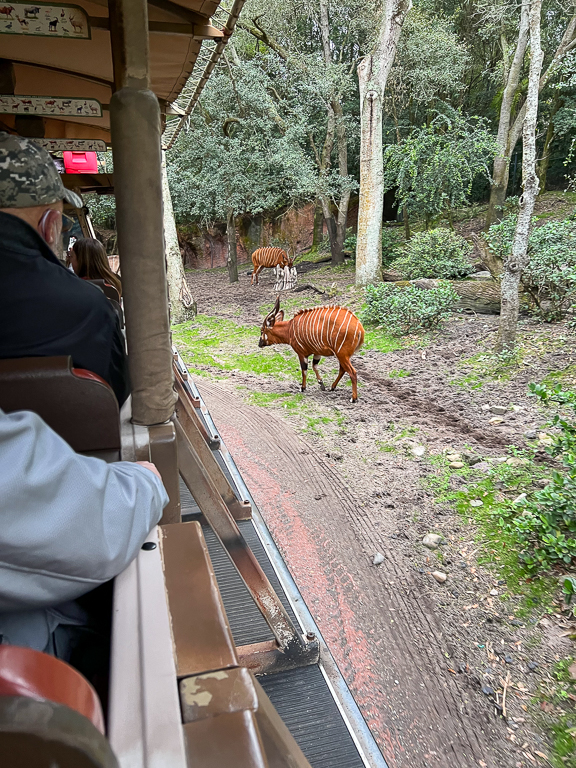 Those horns sure are imposing. 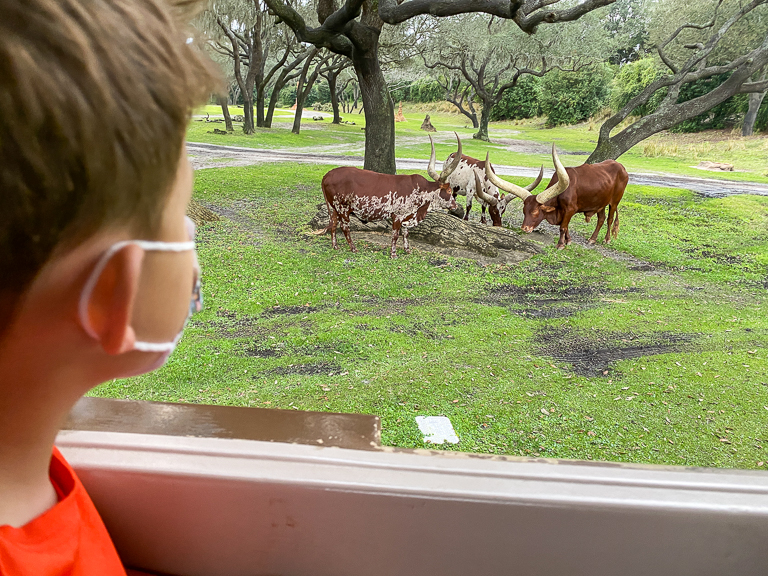 I think all the giraffe are ready to go home for the night. 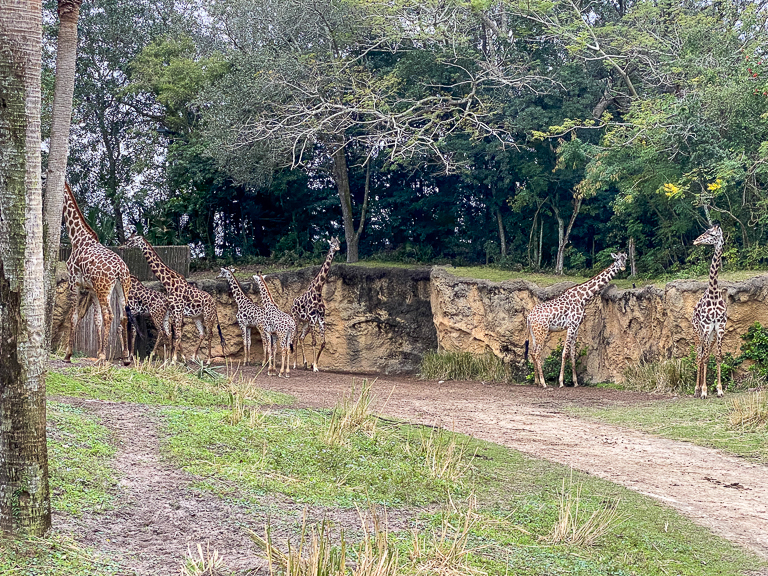 Even before we got to Dakari the lion's enclosure, we could hear him! Our guide said that in the wild, his roar can be heard up to 6 miles away, and we're really lucky to be hearing him right now. She said it only happens twice a day. When he comes out in the morning to call the two females over, and when he goes in at night. 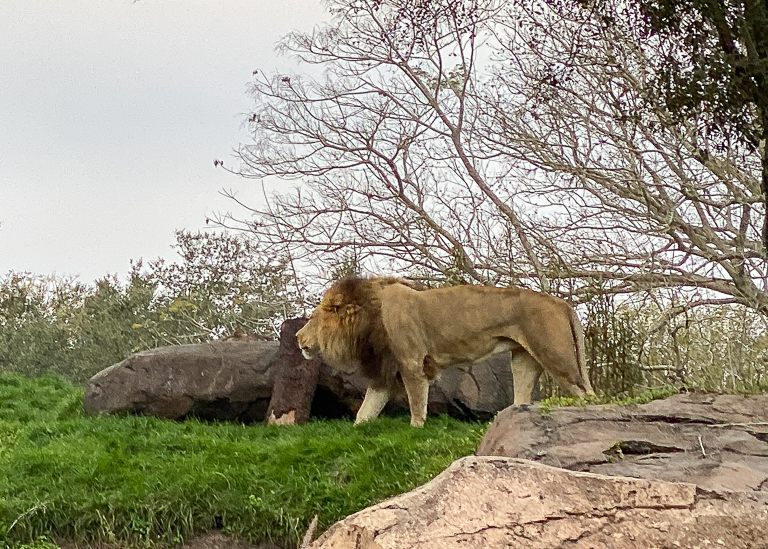 Videos are better than pictures, right?
The Animal Kingdom is great for seeing animals up close. 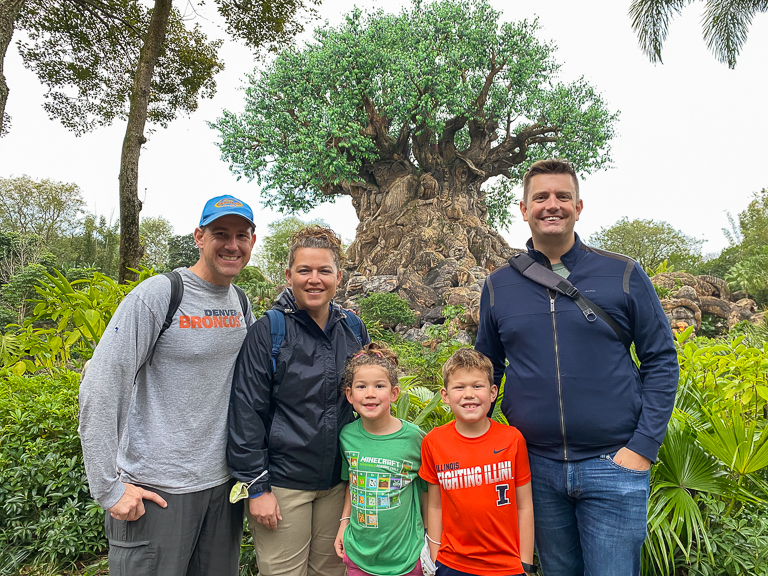 Time to feed these hungry animals! 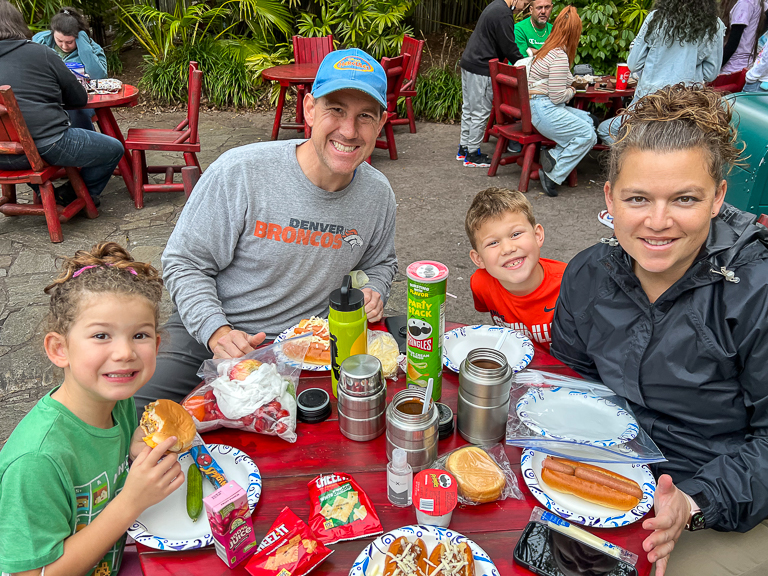 Chili dogs and chips, plus the kids got burgers from McDonalds. 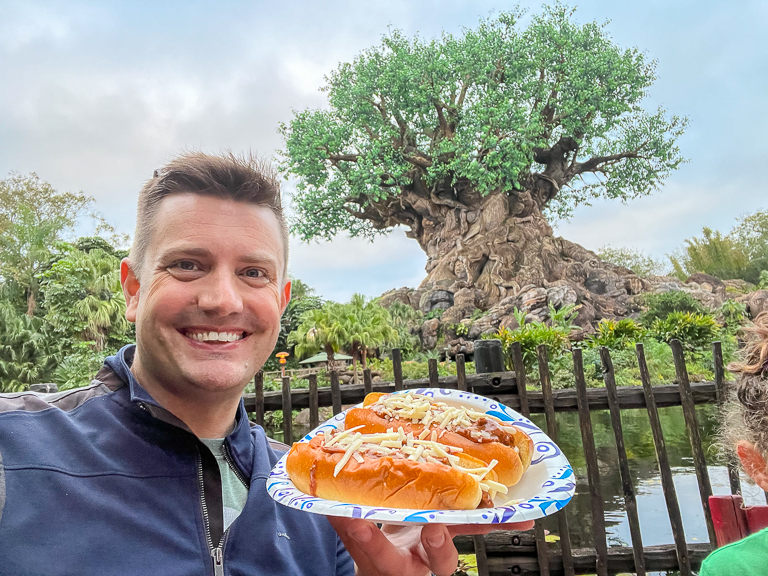 One of the rides we've deliberately avoided at this park has been Dinosaur. I know the track layout is the same as Indiana Jones: Temple of the Forbidden Eye at Disneyland, but this one seems so much more loud, jerky, and potentially scary. The kids weren't having those excuses. They wanted to ride it! 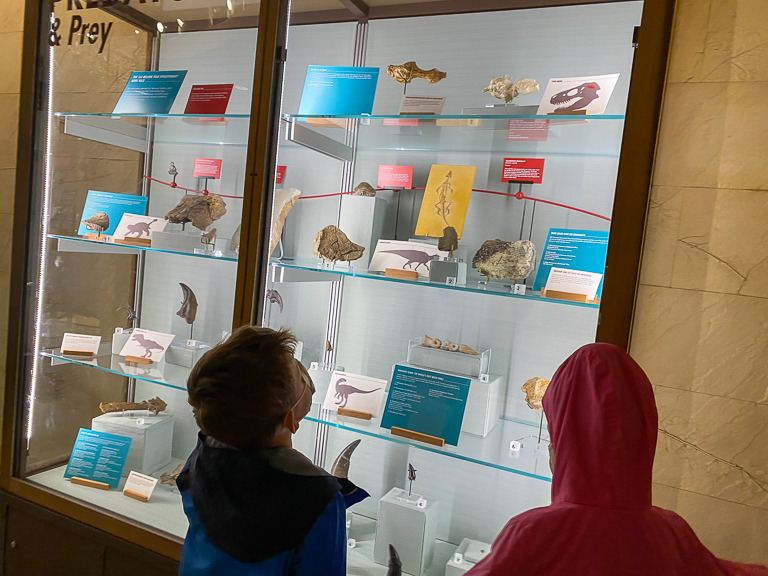 I hadn't realized that the main antagonist from the film this ride is loosely based on, the Carnotaurus, a T-Rex with horns, was real and not fictional. Second grade me (who loved dinosaurs) would be disappointed. Together we went back in time, right before a giant meteor hit, and were even able to bring back an iguanodon with us!
The kids actually loved the ride and totally want to do it again. 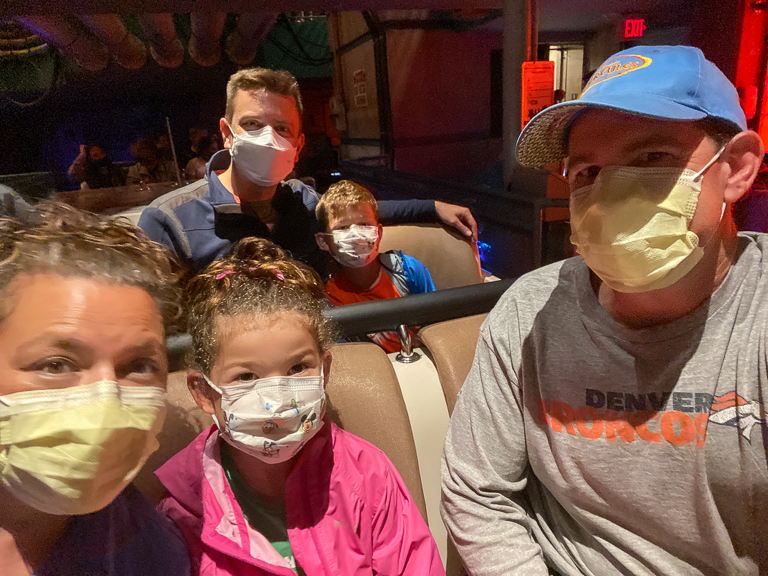 We've got other plans though. Keeping with our strategy of going on the biggest ride in the park at the very end of the night, we hustled over to Pandora. We've got to ride Avatar: Flight of Passage! Ian remembers it fondly. Alli and Theresa have never ridden it before!
We had hoped for a shorter line, but at least we got to ride it. The park closed at 7pm, and it was 7:40pm before we made it on. Still, a 45 minute wait is a lot better than 100+ minutes. 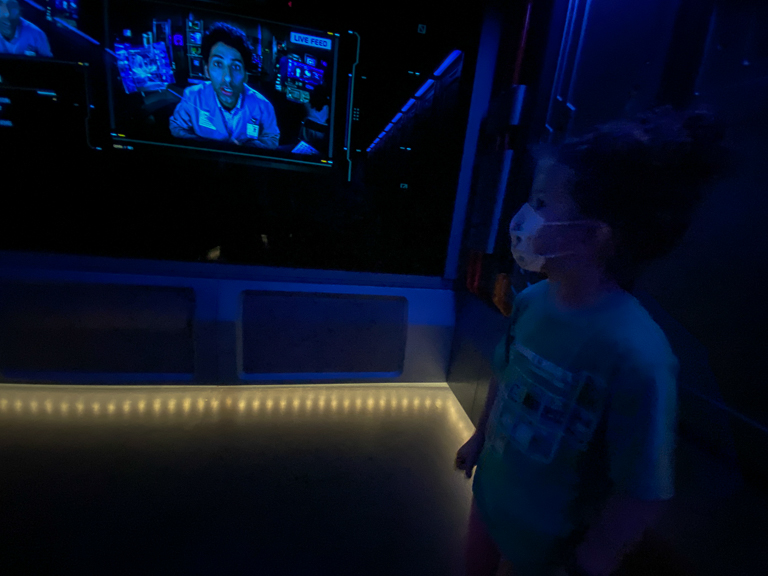 I think it's a great ride! Alli and Ian agree! Theresa not so much. It's a little too much motion for someone prone to motion sickness.
By the time we got off, it was after 8pm. Rushing to another park that closes at 9pm wouldn't gain us too much. It's been fun hanging out with Uncle Jacob and we were really glad he could come visit. Let's hope it's not too long before we see him again! 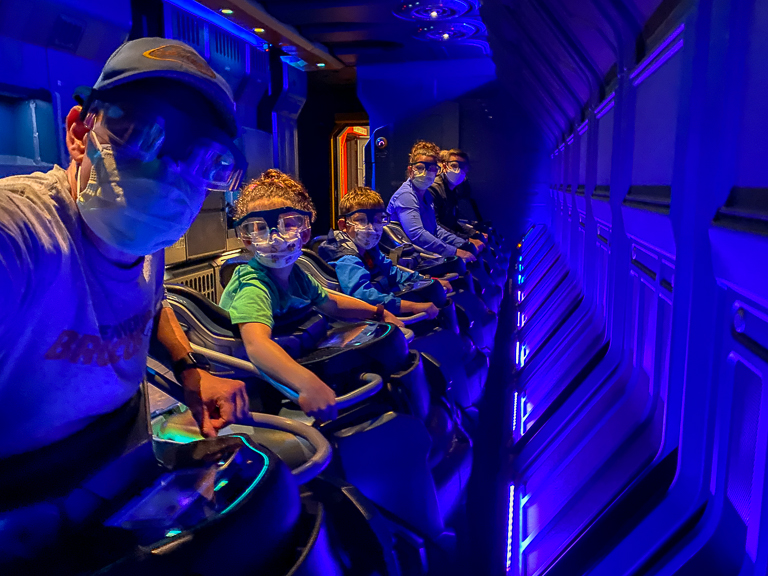